I've finished painting a few more models.  First are six Gondorian archers released in 1994 by Mithril Miniatures, but are no longer in production.

Next are some female zombies.  The one on the left is heroclix model (named Saturn Girl) painted up as a policewoman, with a transplanted head.   The rest are Wargames Factory Zombie Vixens, one of them is wearing Saturn Girl's head.

here are some Victory Force Zombies.  During a sale, I bought one of their zombie bundles ages ago and I never seem to run out of more to paint.  These bring the painted horde up to 121 walking, crawling, shambling dead.

I opened up a box of Fireforge foot sergeants and took a few pictures. 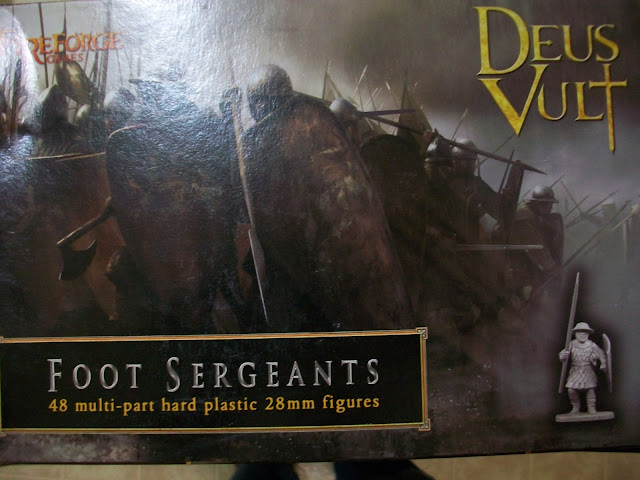 You get two of these base sprues.

You get four of these people sprues allowing you to make 48 foot sergeants, which may include up to 24 crossbowmen.

Here's a comparison pic next to an Old Glory foot sergeant and an old GW Bretonnian model. 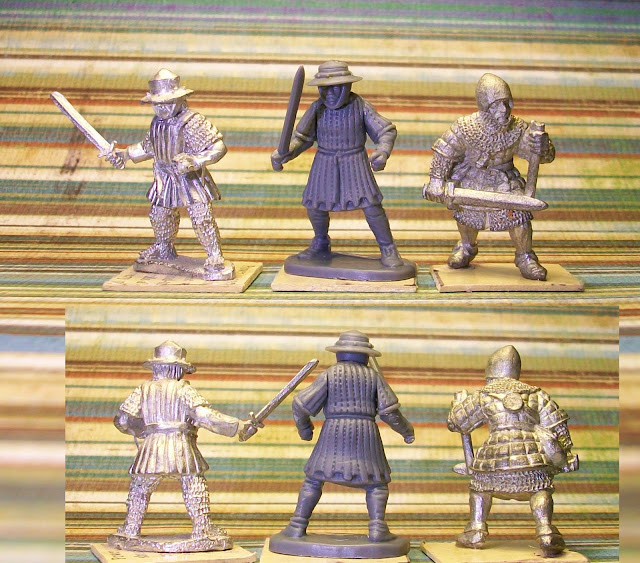 After cutting one of my fingers off removing the sergeants from the sprue, I decided to not waste the spurting blood and painted some blood in one of the large buildings I'm working on.  I may have overdone it. 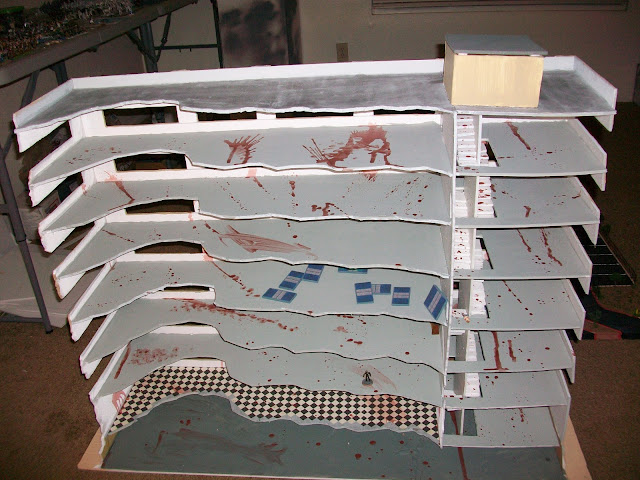 I super-glued my finger back on and it seems to working fine.  Except I can't hit shift and the h key at the same time. I probably should have pinned the bone, it'll be embarrassing if falls off in the middle of the game. I hope to have some Prussian cavalry cavalry and eastern European crossbowmen painted next time.