I've recently finished painting 33 more little guys.  There's recently been no rhyme or reason behind any of the choices.  I need a project to maintain focus on one type of mini, but I hate projects forcing me to focus.

Here are five Saxons from Renegade Miniatures.   I don't know how many of these stupid shields I've painted, but I know I'm getting lazier in my designs.  I'm glad the Normans destroyed their stupid army as I am tiring of painting their stupid shields.

I wish I had bought shield transfers.   It's too late now I probably have less than sixty left to paint.

Here are three near future combat robots Anvil Industries.  Anvil makes some of the best near future minis and robots which most likely pleases our future robot overlords. 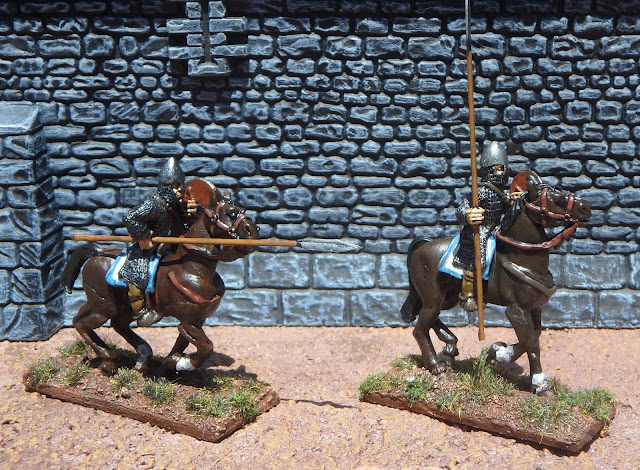 Looking at the picture, I realized didn't finish painting the yellow shield.  Stupid dumb shield painting.   If I was a medieval lord, my troops would not carry shields. Does anyone make shield transfers for Old Glory Normans? 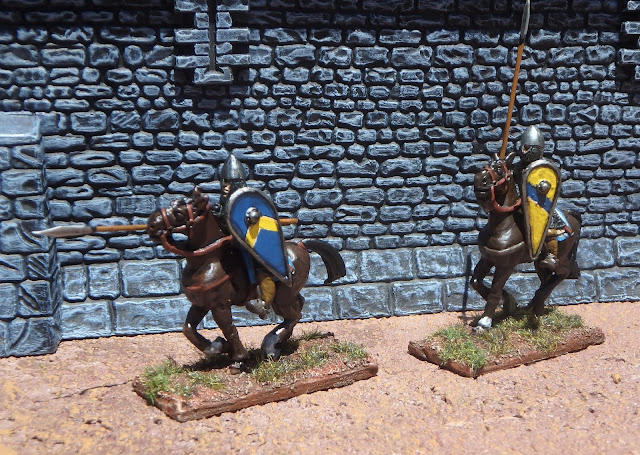 Here are three post apocalyptic miniatures.   The middle one is from the old Vor game, available from Scotia Grendel.  I think she is called a Junker and works in Scotia Grendel's customers service department, the customer service department that promised (multiple times) to send missing vehicle parts for an order I made, which they never sent.

The outside two are old Copplestone sculpts available from Moonraker, Em4, or Mirliton, and probably more companies. The fat guy is in everyone's post apocalyptic collection.

Three Roman archers from Warlord.   And no shields!

I have three more almost done, that didn't make the photo shoot.

Some old OOP dwarf models from Citadel and Ral Partha.

The Citadel guys were a gift from one of my favorite Grognards, Stan.   The guy on the right doesn't have a stupid shield.

Here's Dogmeat from the Mophidius Fallout Warfare game.  I painted real German Shepherd urine on the model to make it smell authentic.  I won't bore you with hassles involved in collecting urine from a dog you don't own.  And try not to lick your brush if you plan on using my scent method.

He's next to four terrain bits from Mantic's Walking Dead game.  Dogmeat's base looks awful and needs some cleanup. 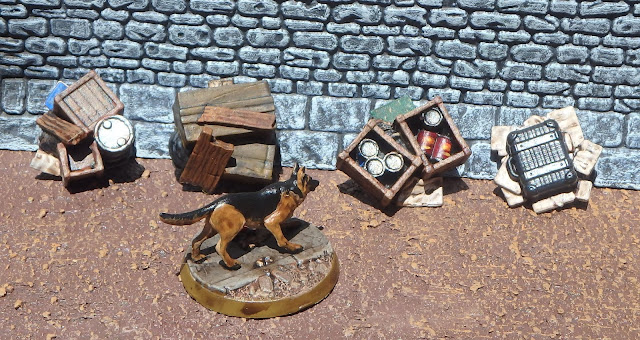 Here's a rock (I think it's a bone fossil) on a base and two bits of Wizkids D&D scatter terrain.  The book has text from a language I spent seventeen years developing, while I lived in Tibet. 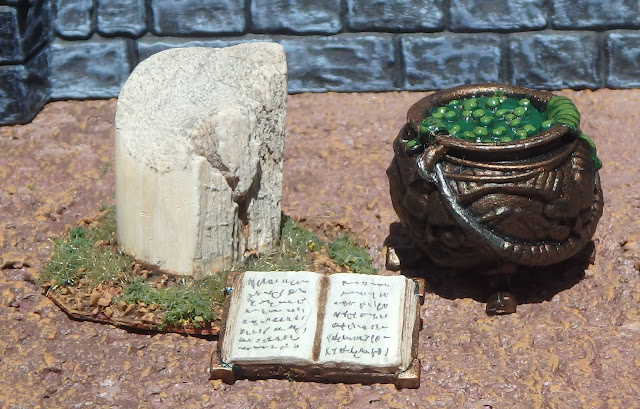 Here's an old GW servitor with a much newer genestealer cult mining laser arm, standing next to a Mageknight fish man thing.   The fishman has crystals on his base, that I collected from a geode I stole from a Temple of Thor, that I later smashed with a hammer, back when I lived in Iceland. 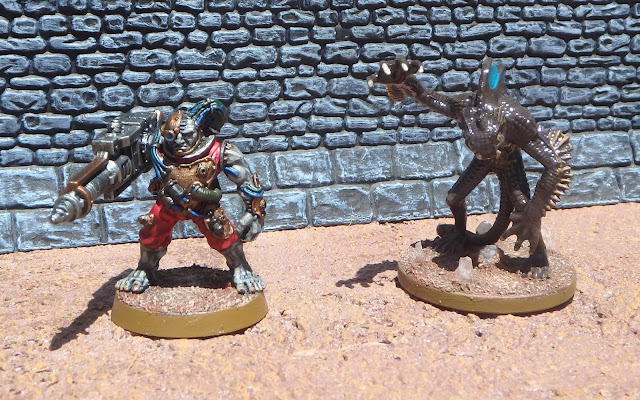 Lastly are three short robots from Denizen miniatures.   I have a few more in the painting que to add to my growing robot horde.  The little bits are quite bendy and the models should only be used by close friends wearing kid gloves, made out of real children.

Till next time, my Beloved, when I'll have more random minis for you, your guess is as good as mine.