First up are some dismounted Perry French Dragoons.  The tops are chopped off mounted models, with dismounted legs. 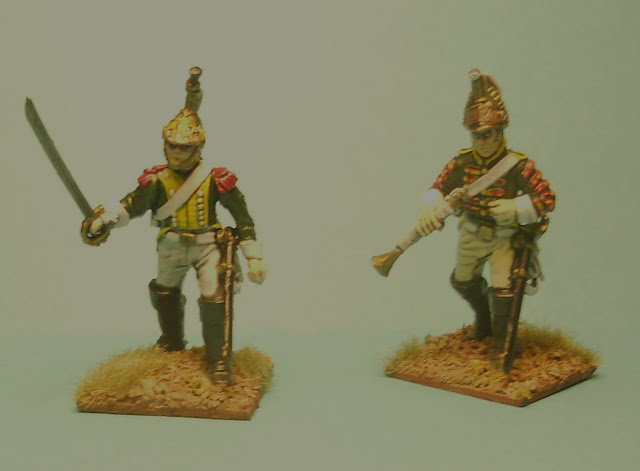 Here are some old fantasy sci-fi German models.  They were part of the Warzone Target Games lines, which are now owned by Prince August, which I believe used to be Dunken Models.  They are about the cheapest decent sci-fi 28mm models one can buy.  The smaller based models are old RAFM models, but I don't believe they're still available and I don't know the name of their line.

The robot looking dogs are old "clicky" Battletech models called "Fenrir".  I have no idea what a Fenrir is, but I thought my evil space Germans, might want some robot puppies.  Three of them are repainted in original colors, but one was already painted well enough that I only rebased him.

Here are some WFB Empire models I've been working on.  A volley gun called a Hellblaster and a really big mortar.   The following crew, I was planning on using as mercenary Germans for a WAB army, but they are really just WFB fantasy models.  They're fun to paint, and I have about 40 crew I painted 20 years ago (incredibly poorly), that I plan to repaint shortly. 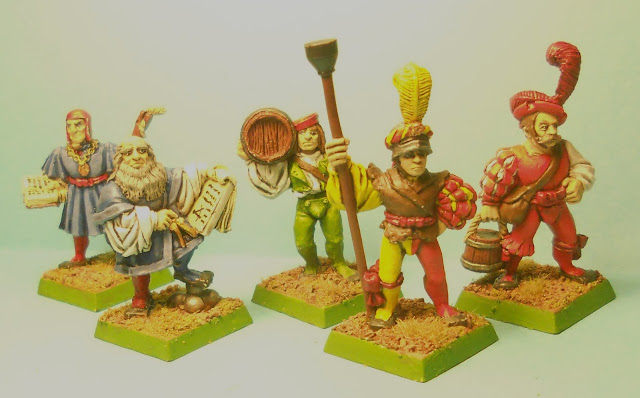 Lastly are a couple failure Warlord Black Powder casualty marker design failures.  The first on left, kept letting the die fall off when the model was moved.  The second, on the right, was a terrible failure as the base was a Herroclix base.  The clicky base was dissasembled and repainted, but was a failure because it was hard to turn, and really looked crappy. 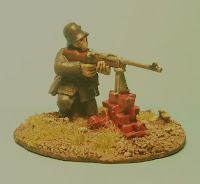 Here are some pics of Perry Prussian Musketeers still on their sprues, with pics of the box art involved. 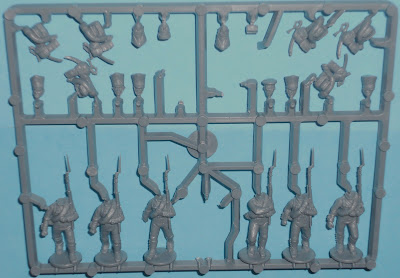 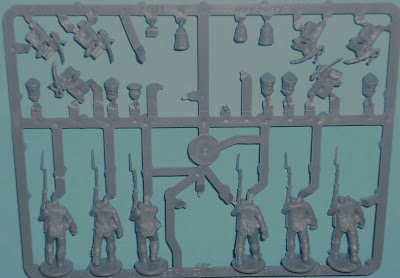 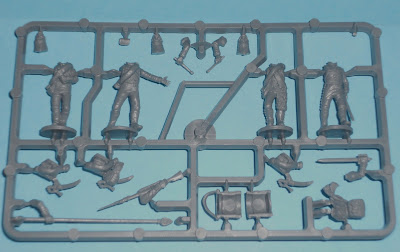 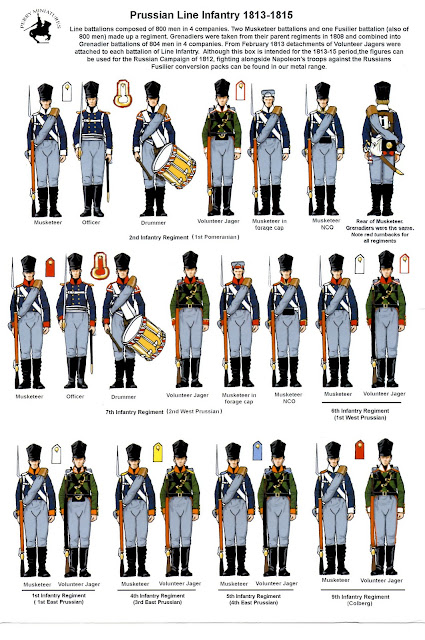 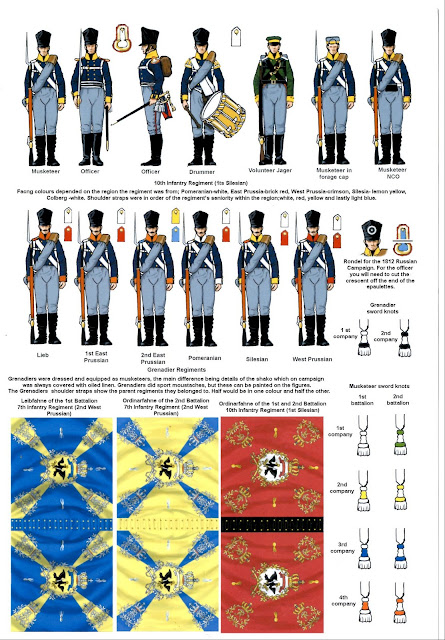 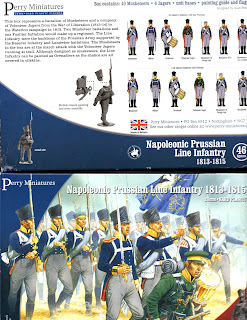 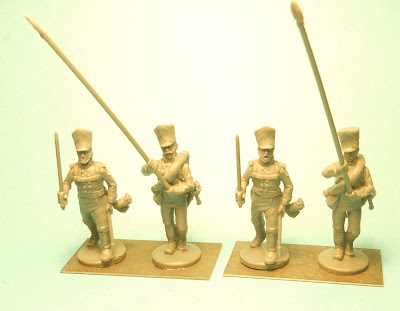 The only problem I could find with the models is where the backpack joins the model at the bedroll.  There's a ugly little spot that will need filler. 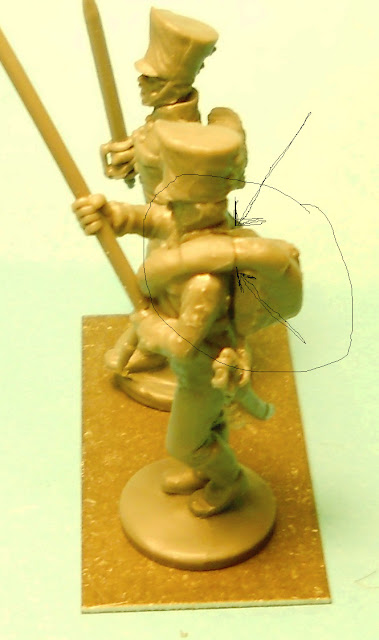 Here's a Herrorclix model that I partially repainted to be Dr. Who evil robot leader. 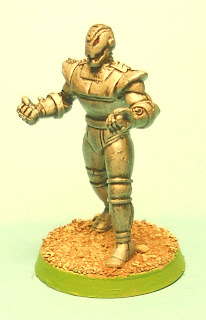 Next time, I hope there are some Perry plastic Prussian Jaegers done.  I hope to include some progress of French Napoleonic artillery crew and Perry Prussian Fusiliers.