Hello,
Firstly are four Foundy Dacian bolt throwers.  Sadly there are only two crew options, but I can't complain as they were quite a bargain compared to the nicer but far more expensive Warlord Games models.

I've recently finished some more models from the lead mountain.  Second are some metal GW Empire archers, from the 80's and 90's.  My rather large Empire horde was previously archer free.

And a couple old Bretonians (I have no desire to learn how to spell that correctly).  The guy on the right apparently needs a little touch up already. 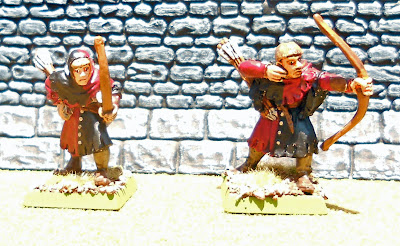 Here are some ancient Rogue Trader/40K models.  A halfling from the Adventures line, a penitent (now called penal legion), a old inquisitor wearing an elaborate toilet bowl around his neck, and a model labeled "Punk"from the Adventurer range.  They a posing on a terrain bit I've been working on.

Here's a few ugly pieces of furniture I made out of balsa wood.  Hand crafting furniture is tiresome and the results are blah.  I'll be making an order from Ainsty Castings, so my post apocalyptic models have proper furniture to sit on between battles.

Here's the latest post apocalyptic building I've been working on.  The sunlight was so bright outside that it completely blurs out all the rubble. 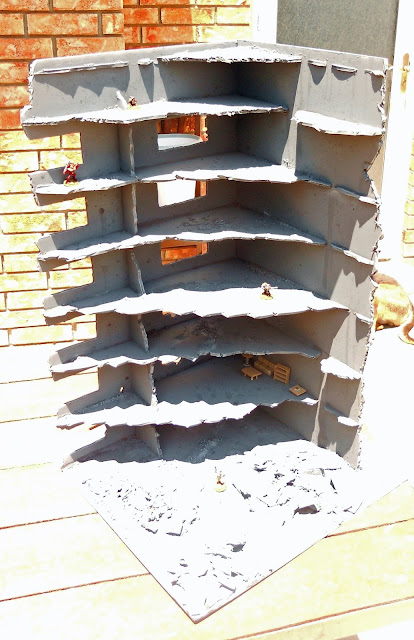 Till next time, pleasant viewer, when I hope to have some WW1 Germans done and maybe a LOTR Mumak.