I was in the friendly local game store and local, Henry, had decided to see what his 30 year collection of space orks looked like, all out at once.  His collection is impressive, beyond words and contains numerous scratch built vehicles and kit-bashes.  Some of the paint jobs are absolutely exquisite.

This is everybody all lined up for a group photo.

The Right wing of this amazing Waagh.   There's some ancient Rogue Trader models in the bottom right hand corner. 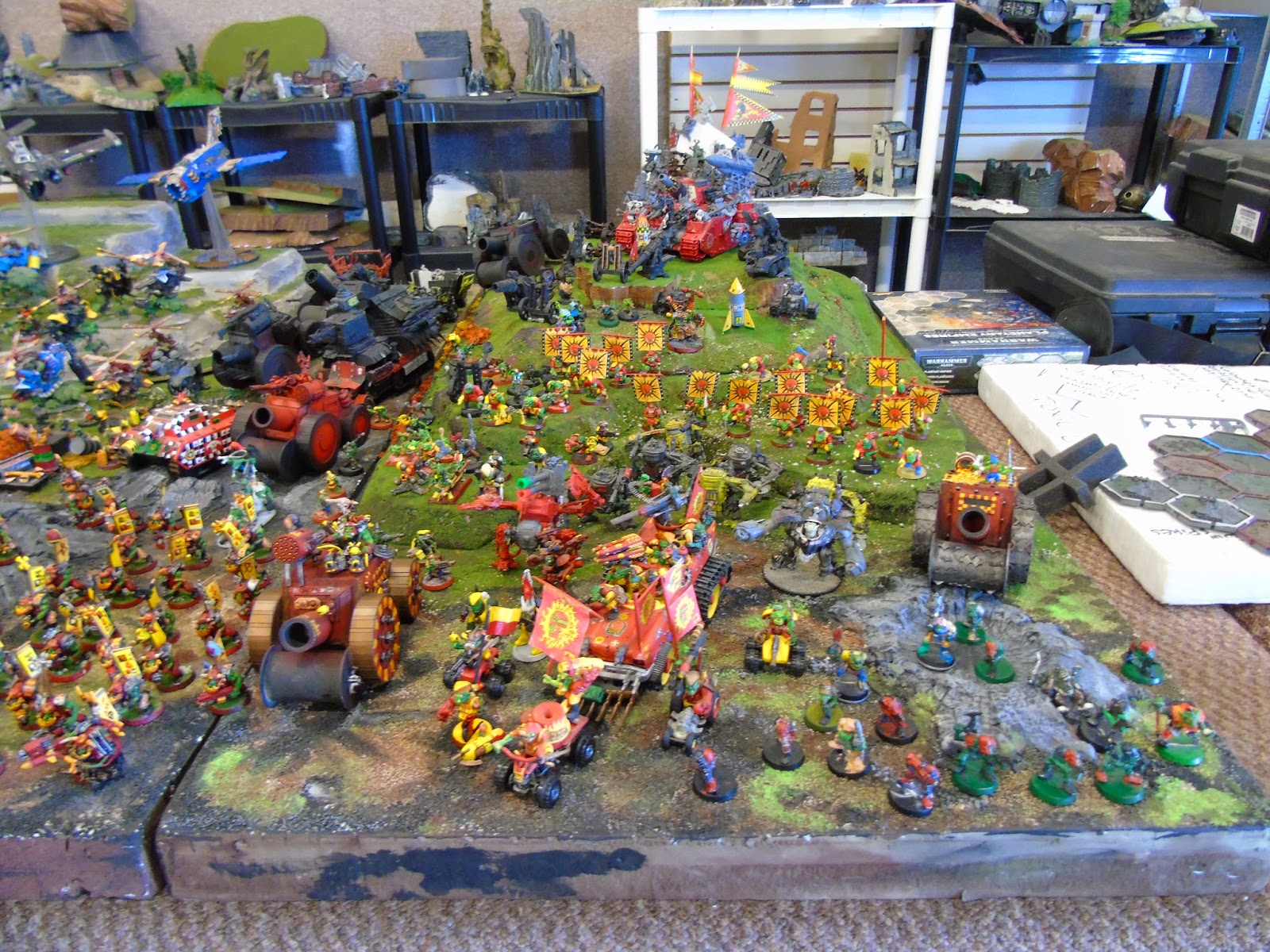 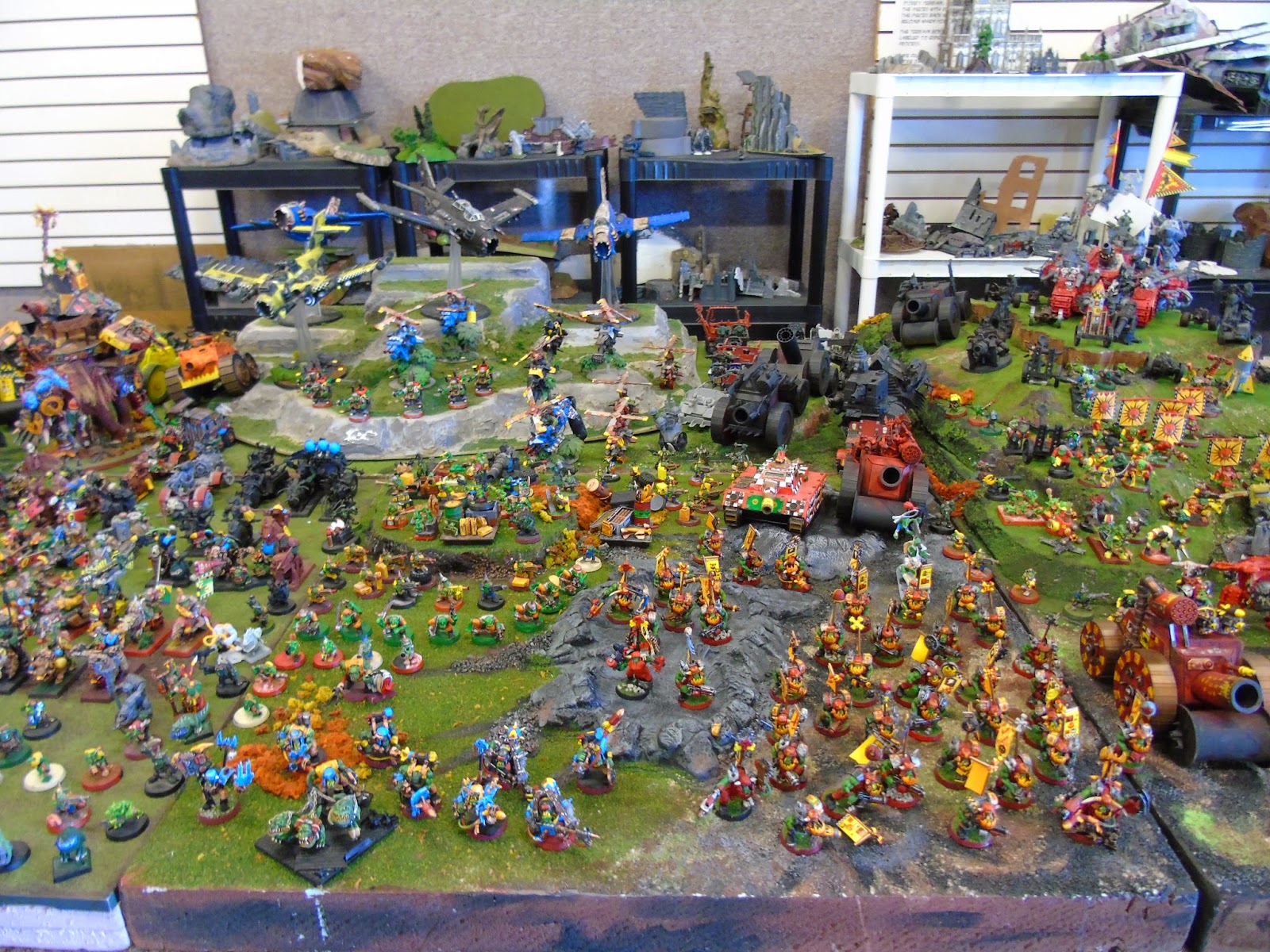 Check out the amazing Mustang conversion and some cool little buggies. 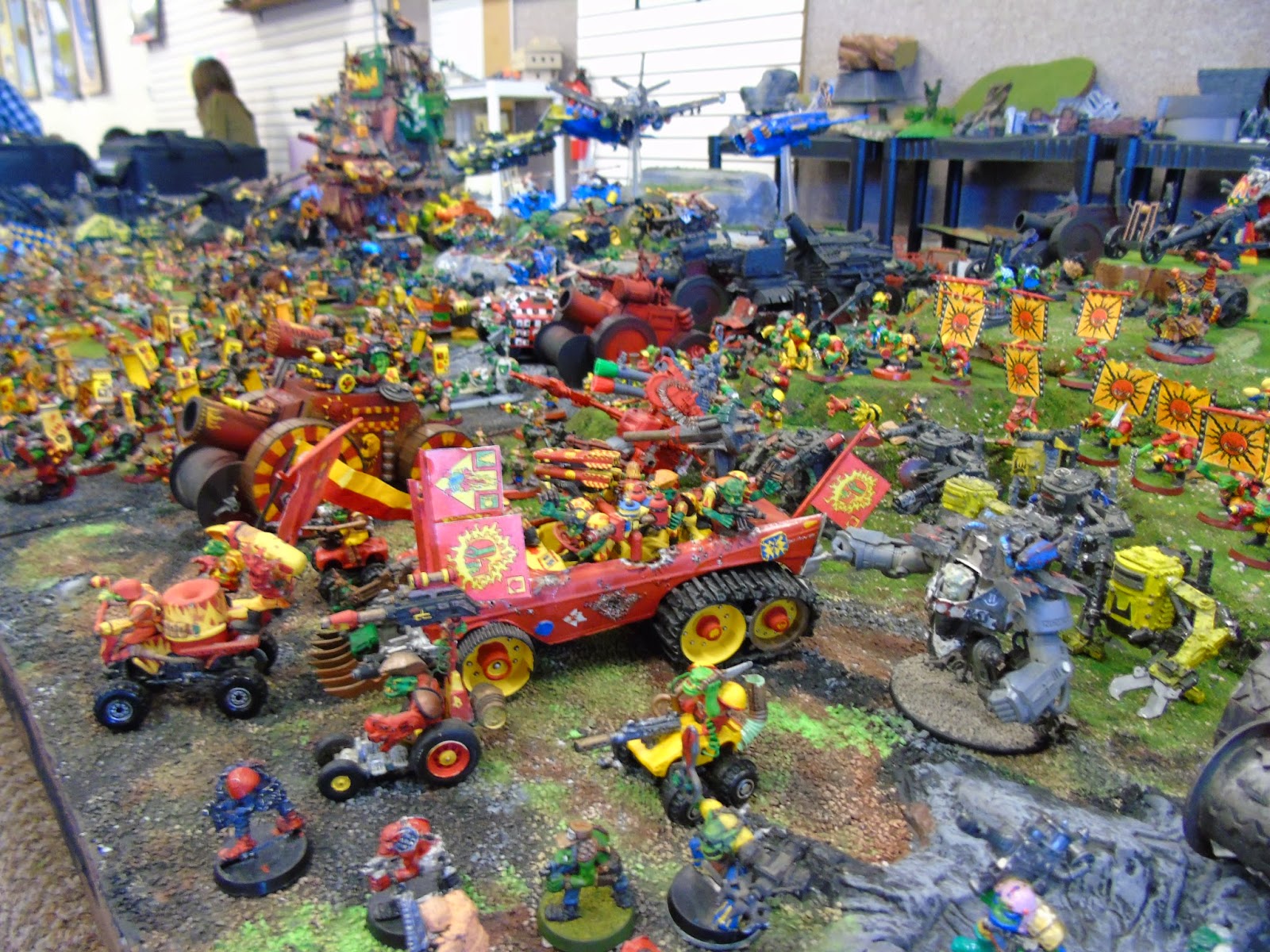 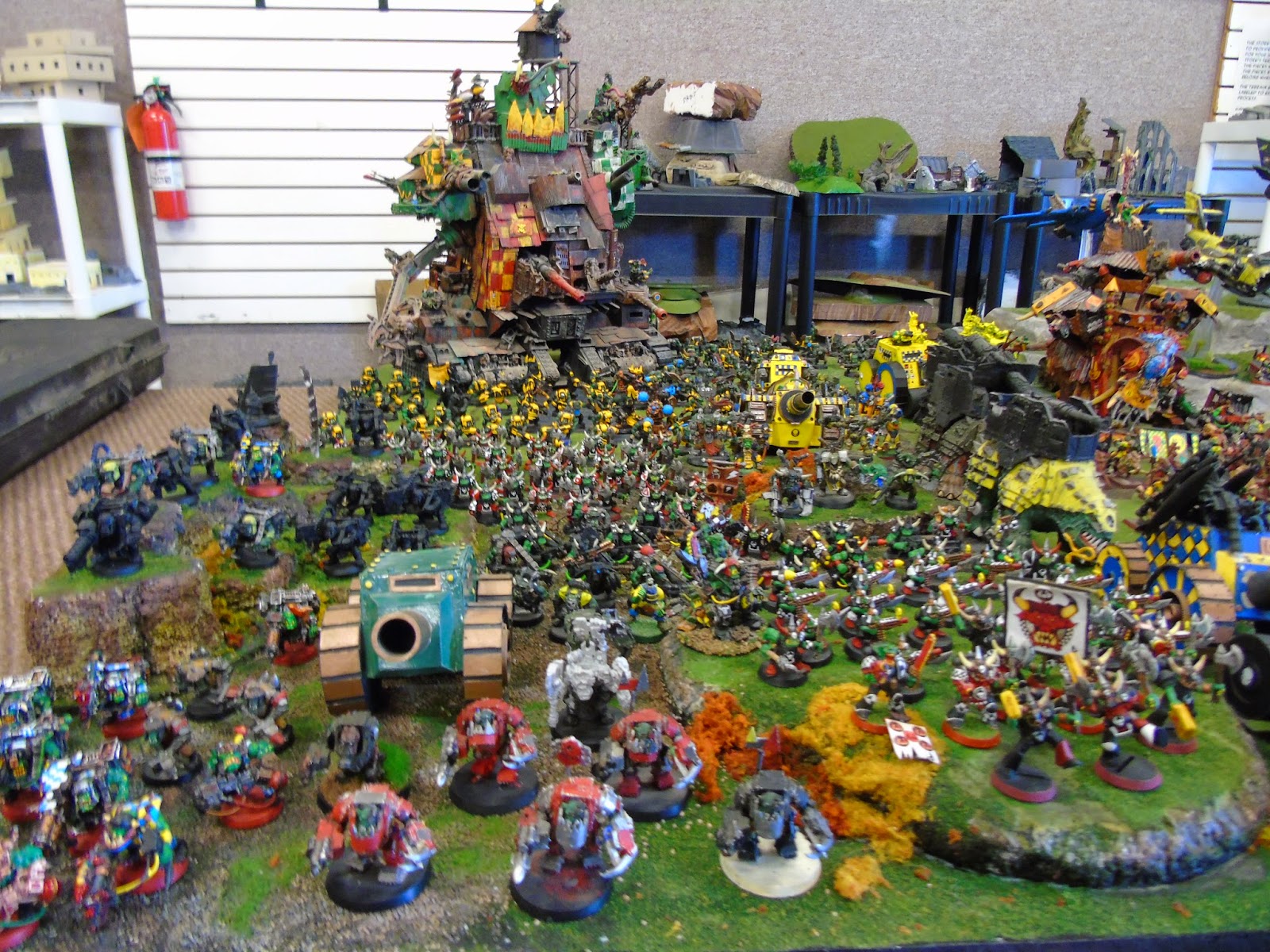 I'm not sure what these gun beasts are, but I don't think he's done painting them.  You can see he uses boar riders instead of bikers.  I don't think he has any orks on motorcycles. 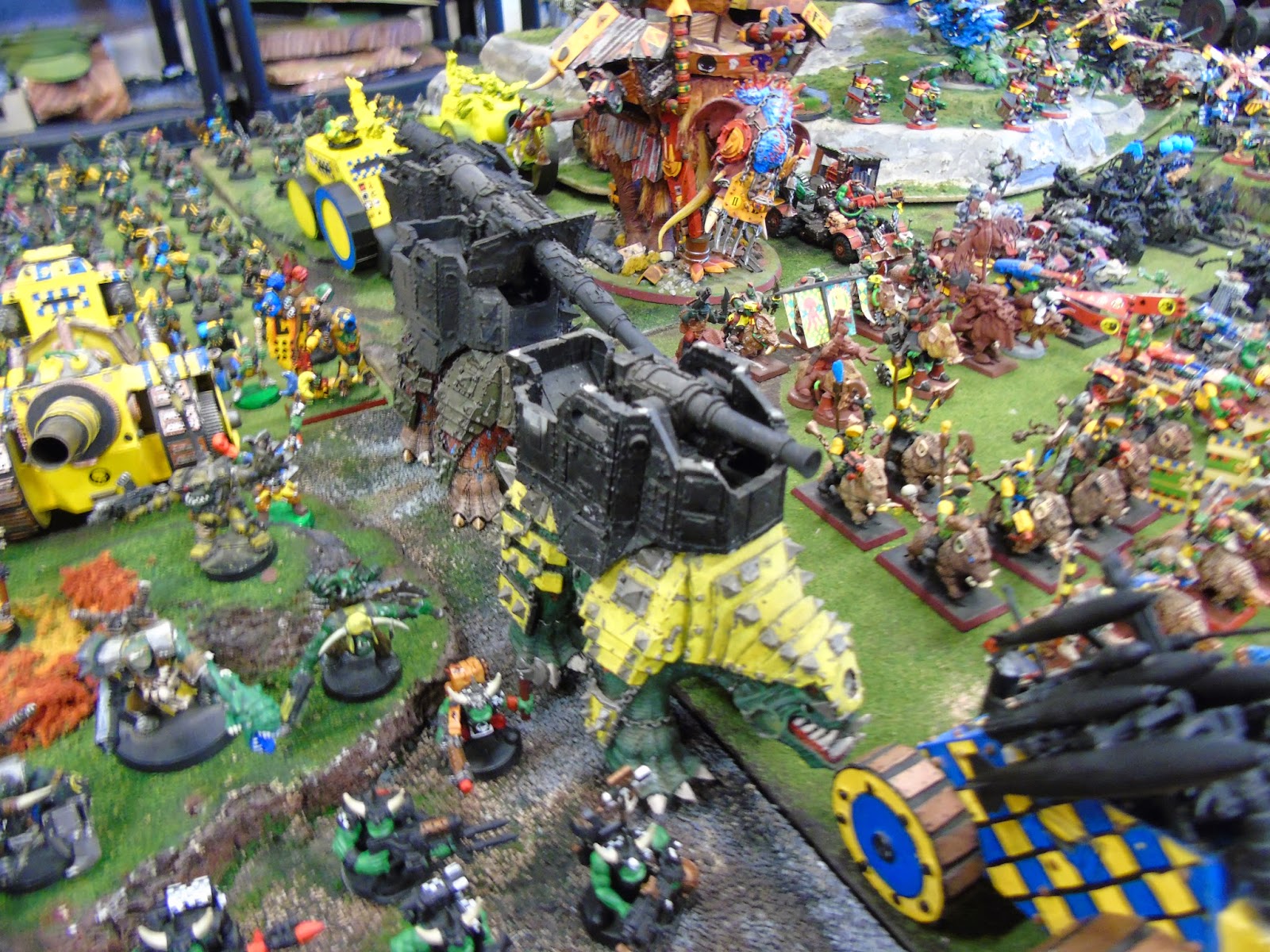 Here is an over the top super heavy tank he's working on.  The large missile appears to use a living creature as the guidance system. 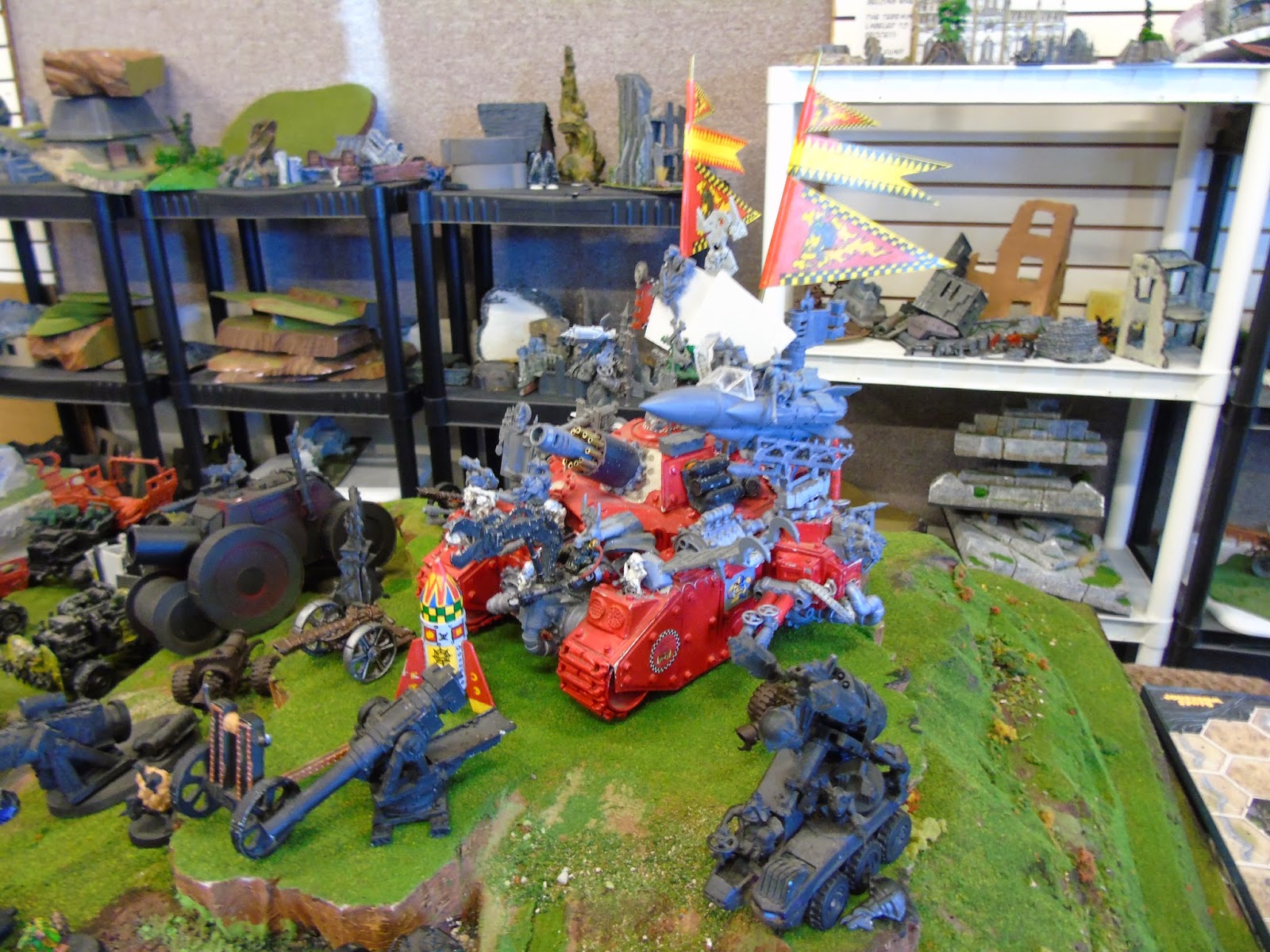 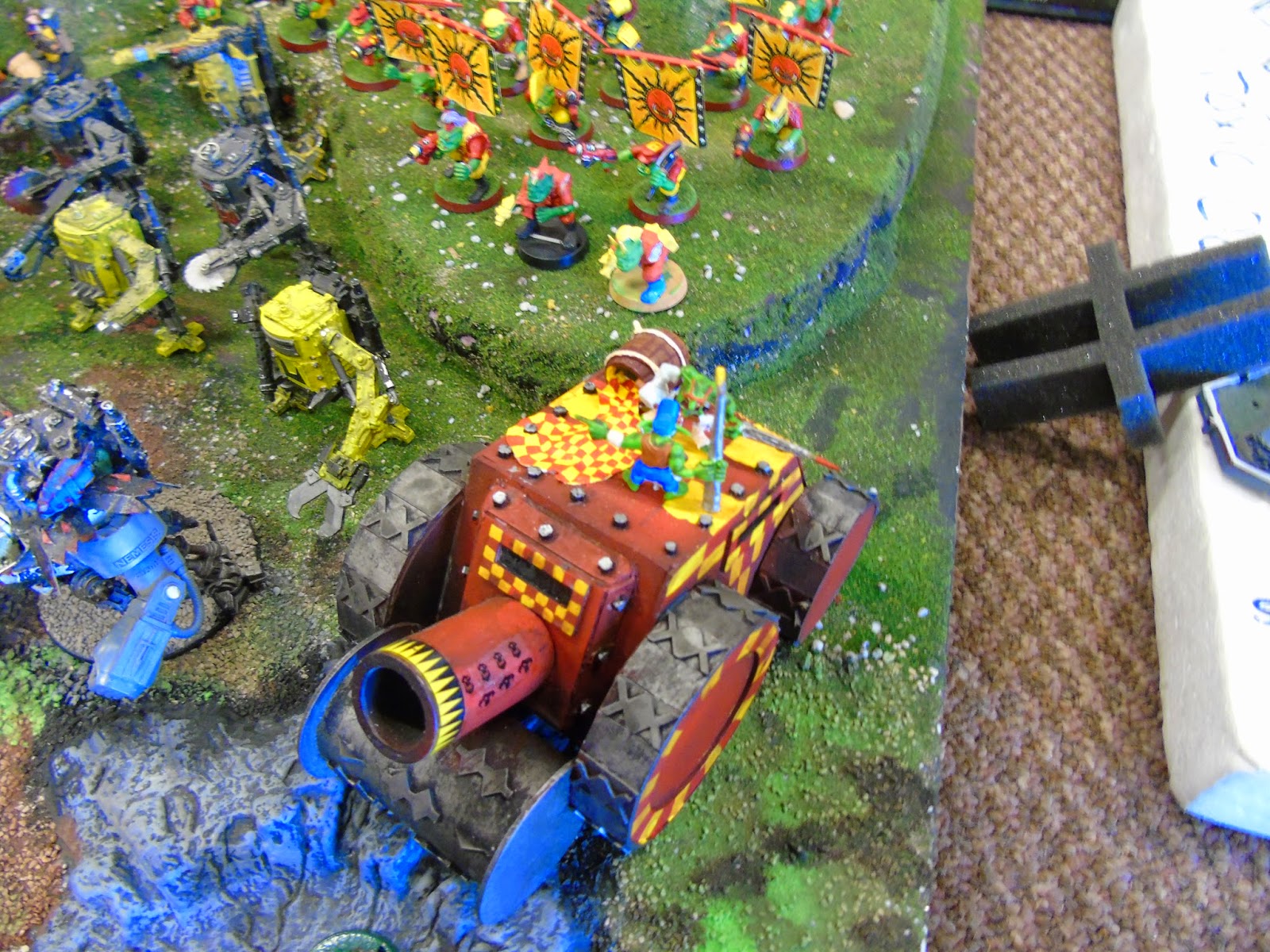 There some odd guys with nasty pets.  I' believe they're called squigs. 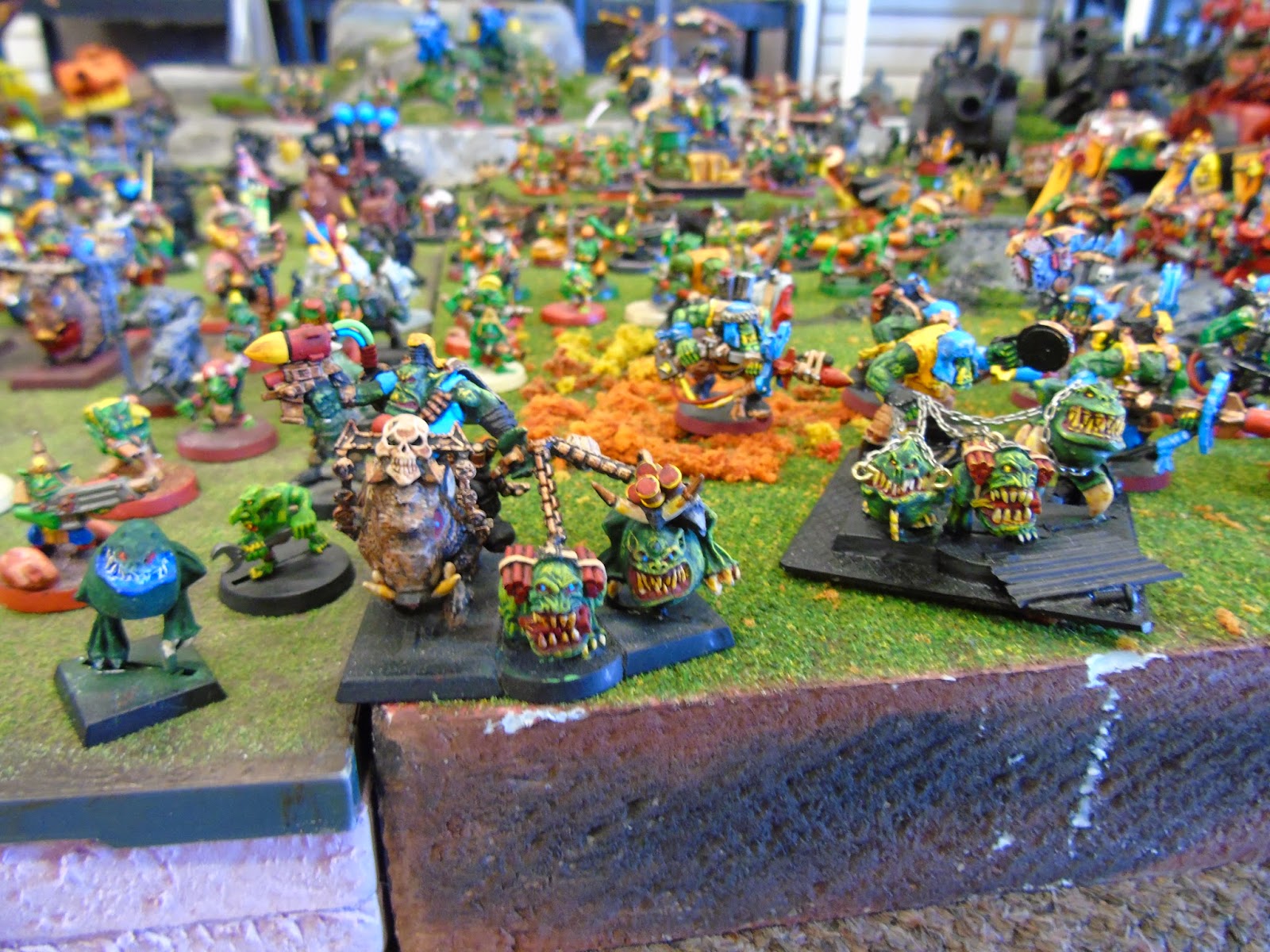 A blevy of scratch built vehicles.  I look forward to seeing the finished paint jobs. 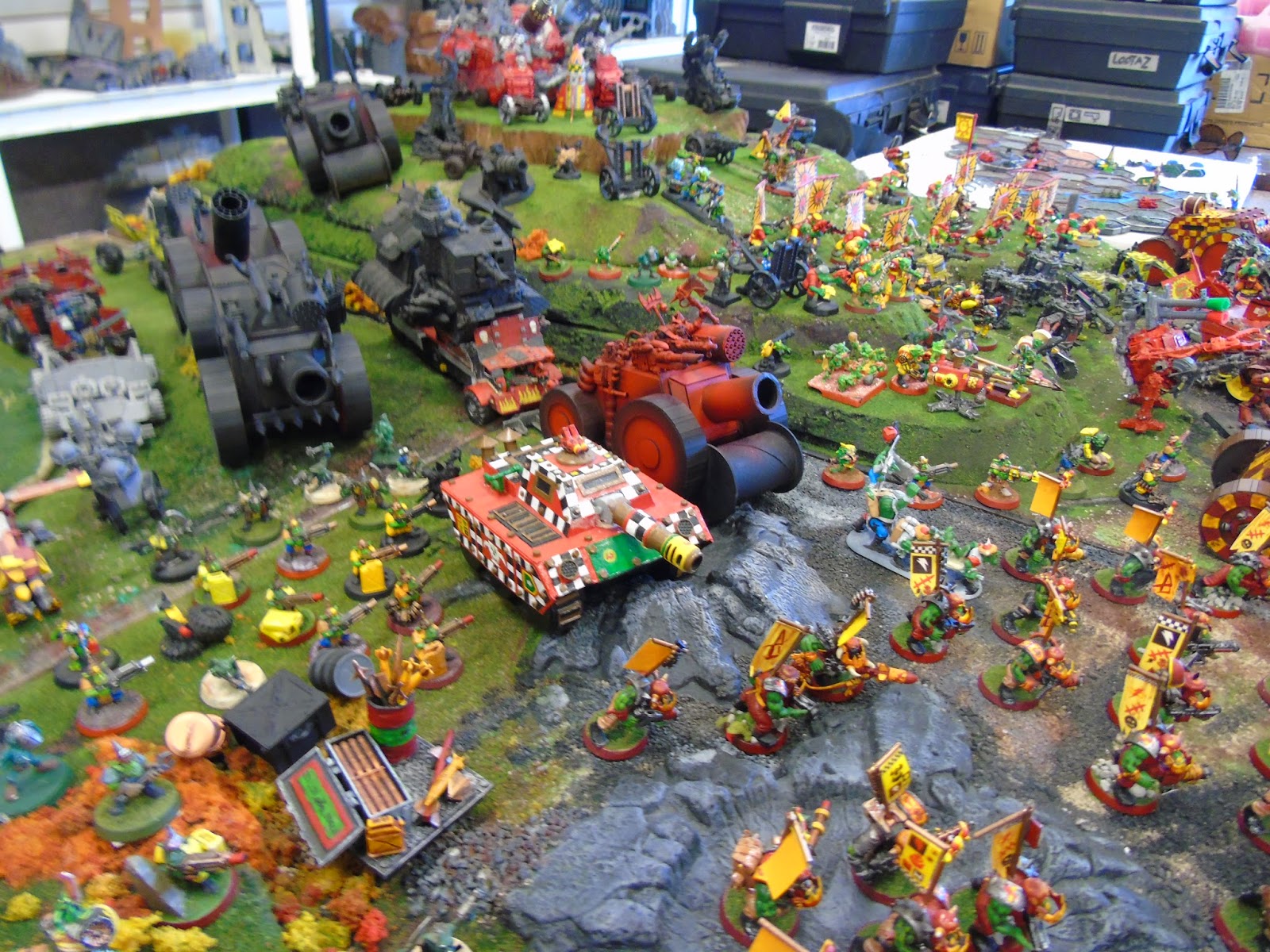 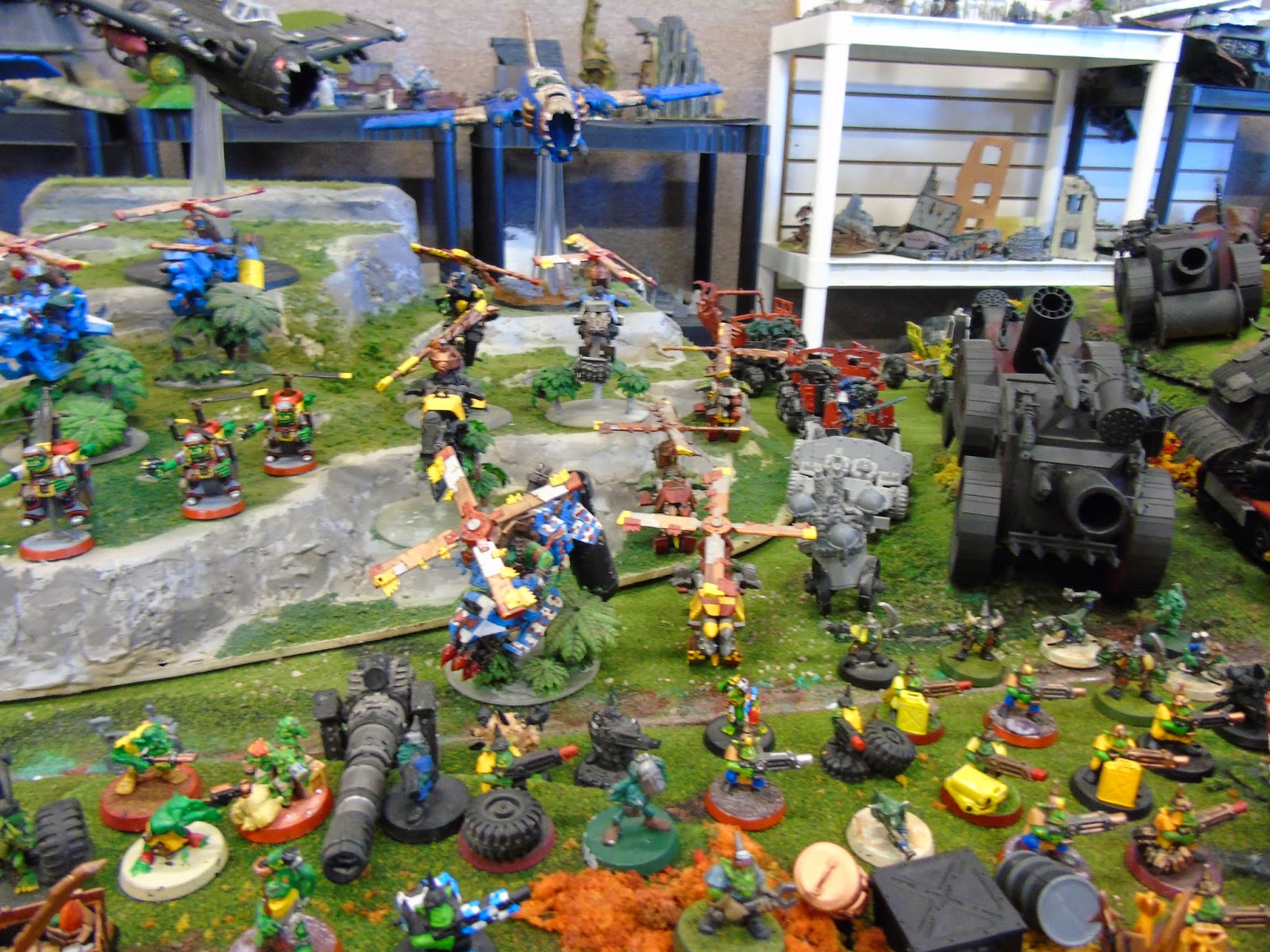 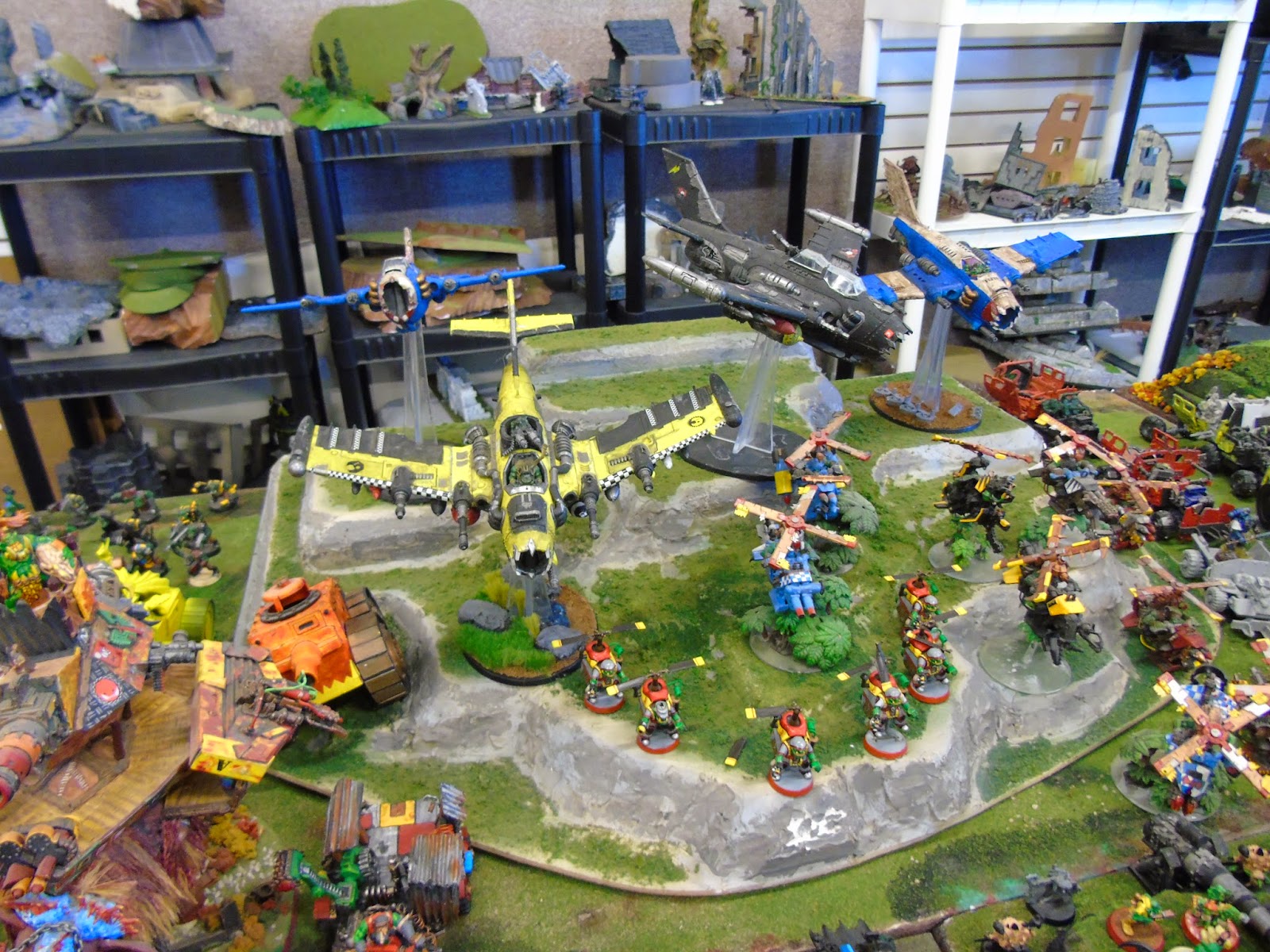 One of the most exciting pieces.  It's a converted GW LotR Harad Oliphant.  Old School fans make recognize a striking similarity to an old ork epic model, just much bigger and better. 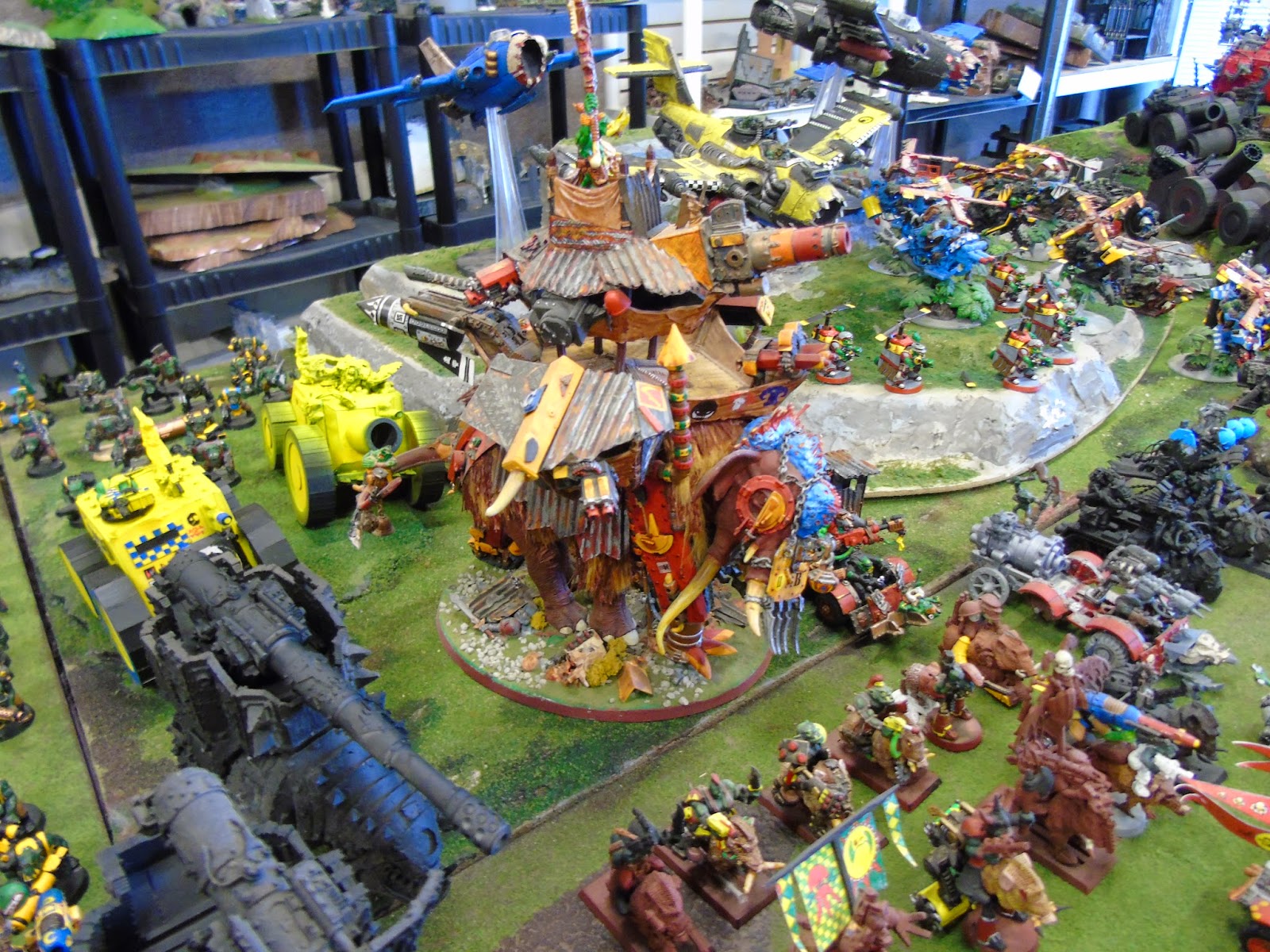 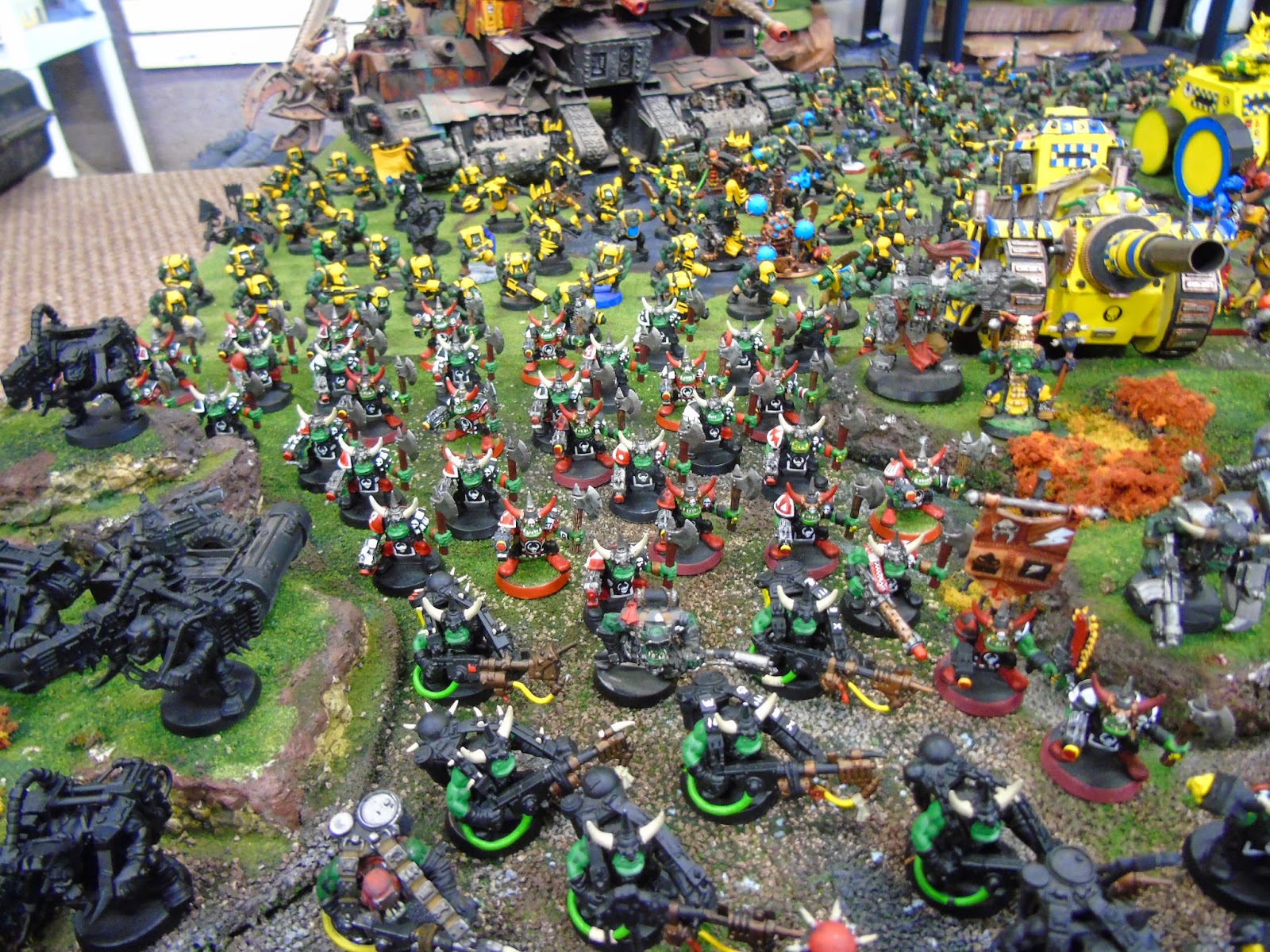 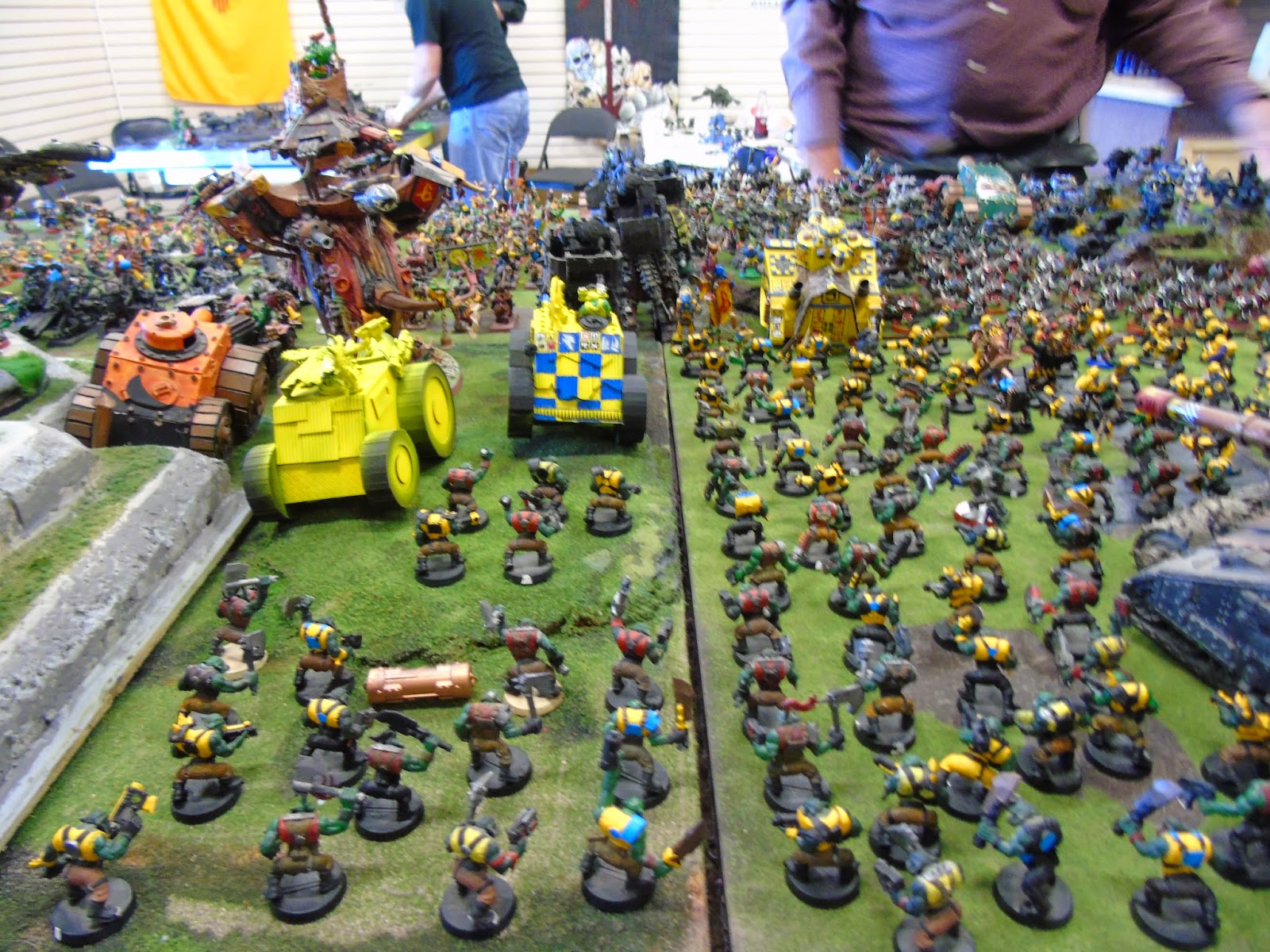 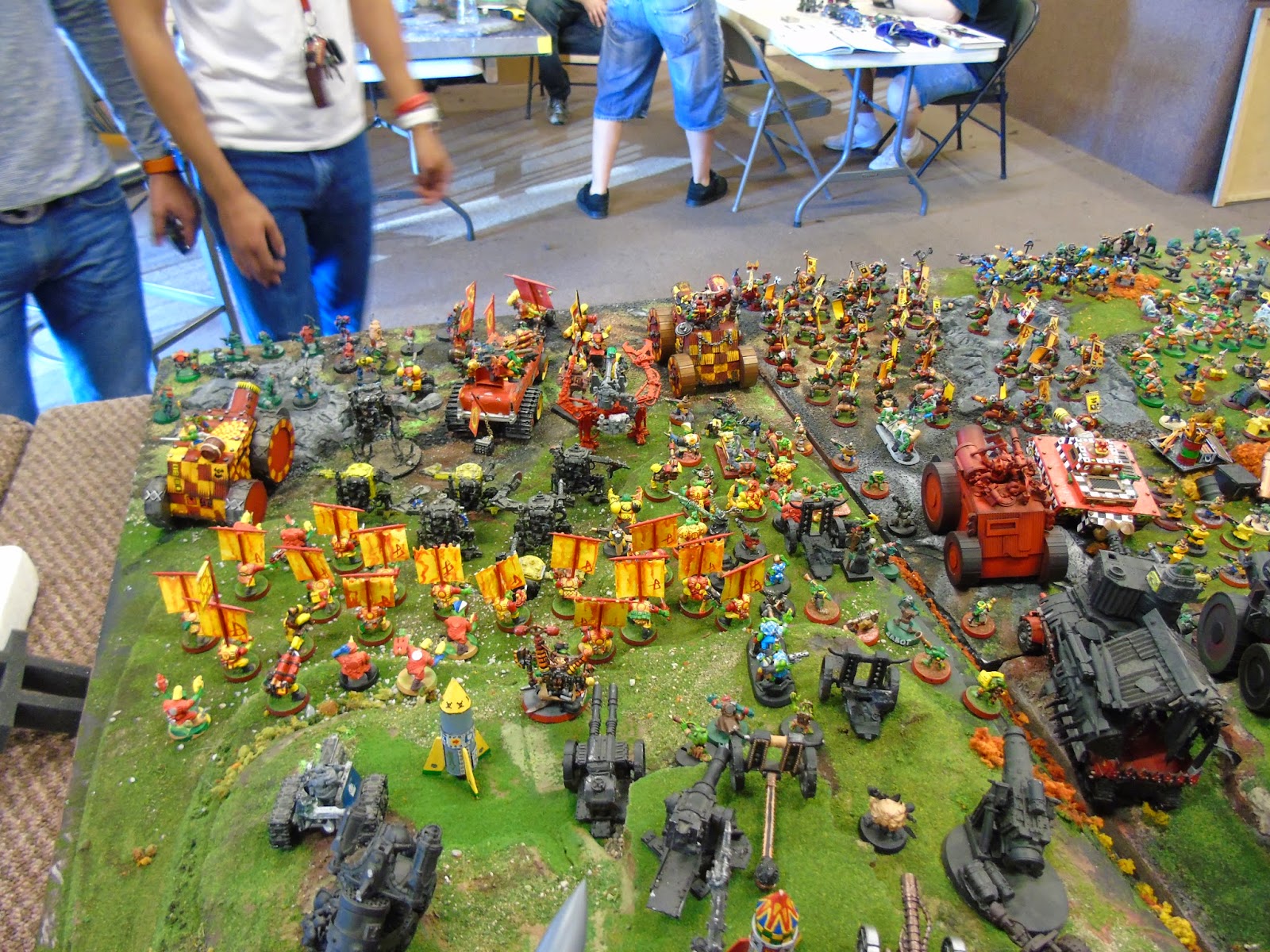 Check out the amazing tail art. 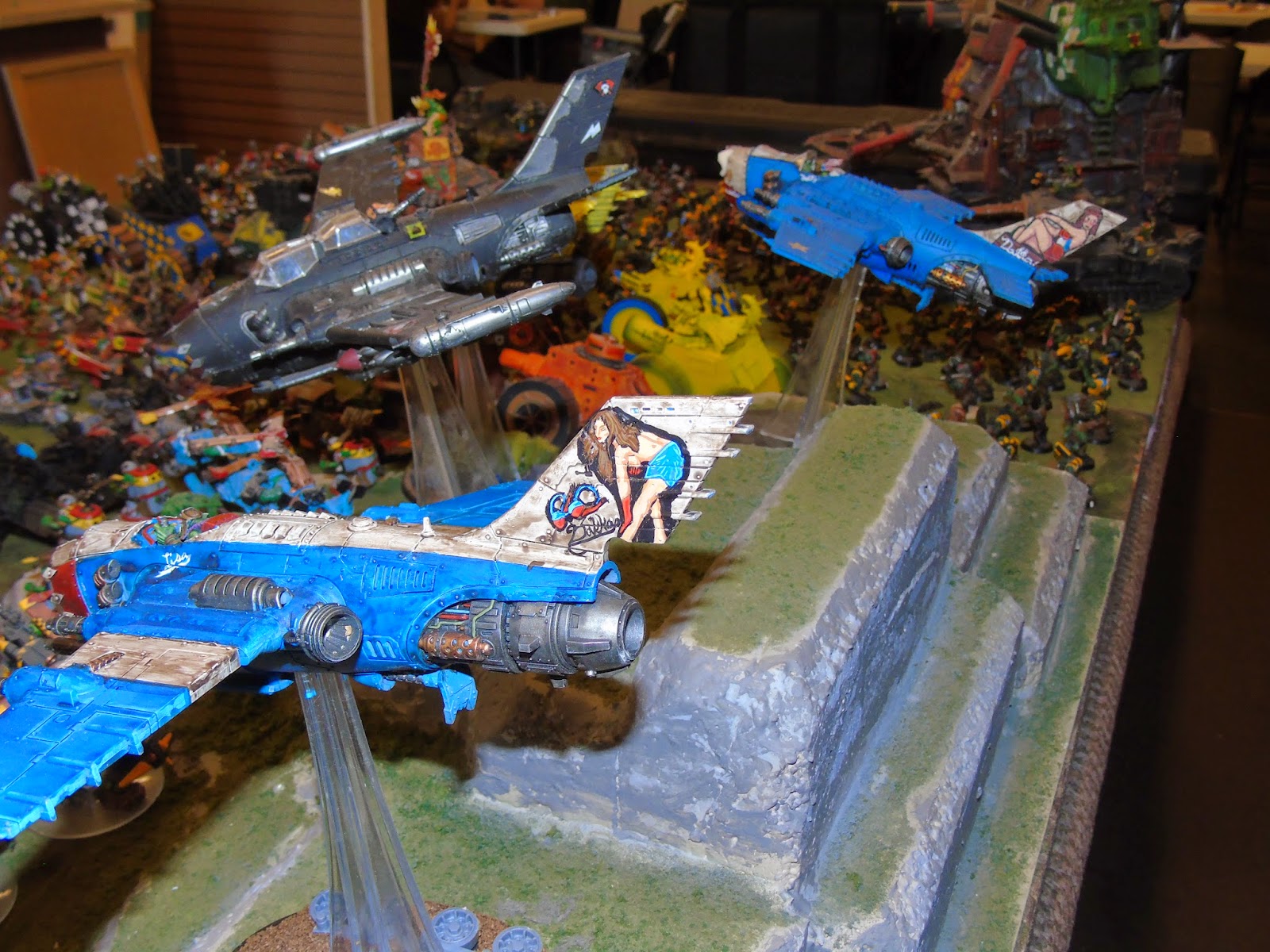 One of my favorites are his ork back pack helicopter guys.  I don't think I ever seen these before. 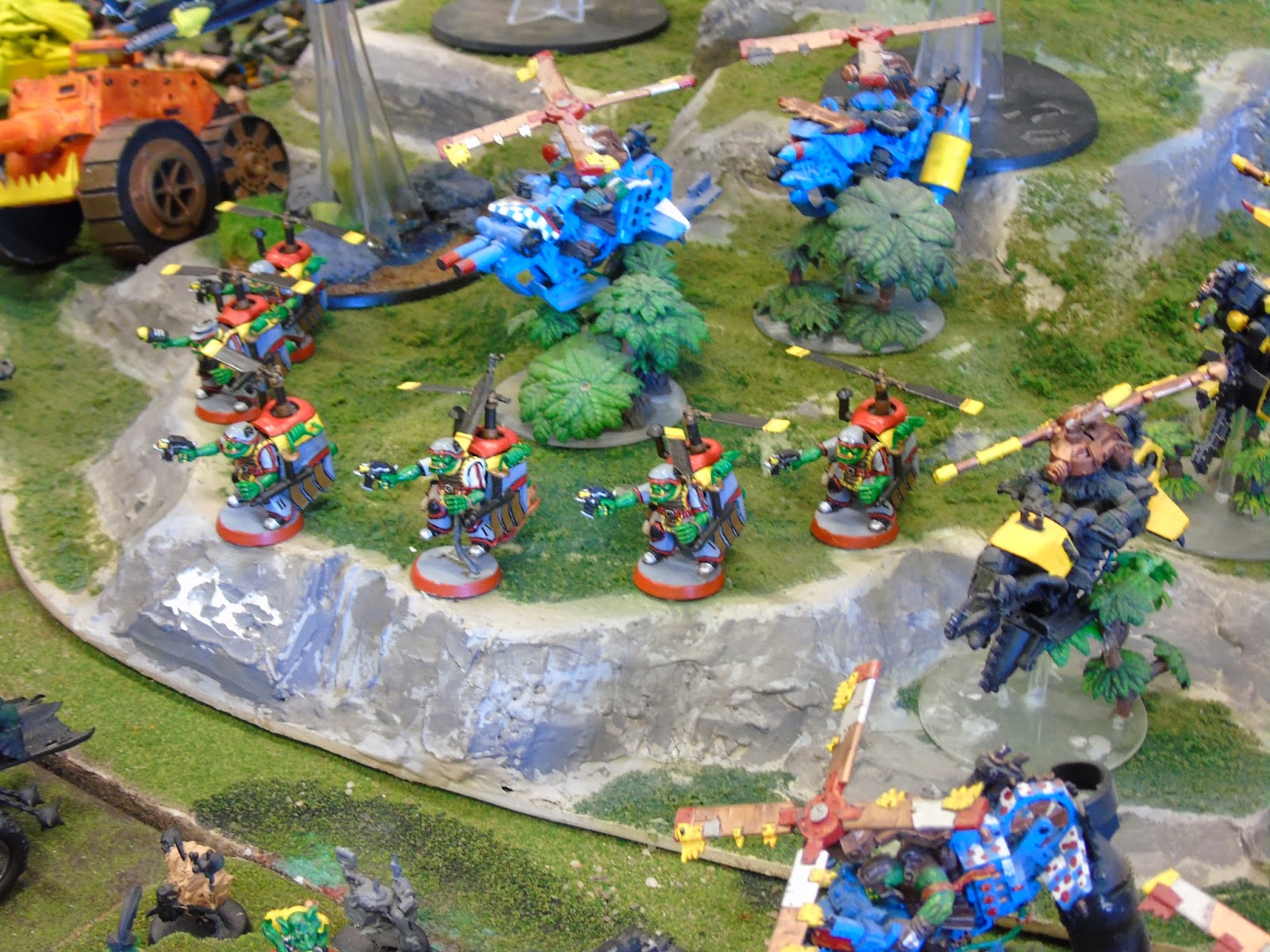 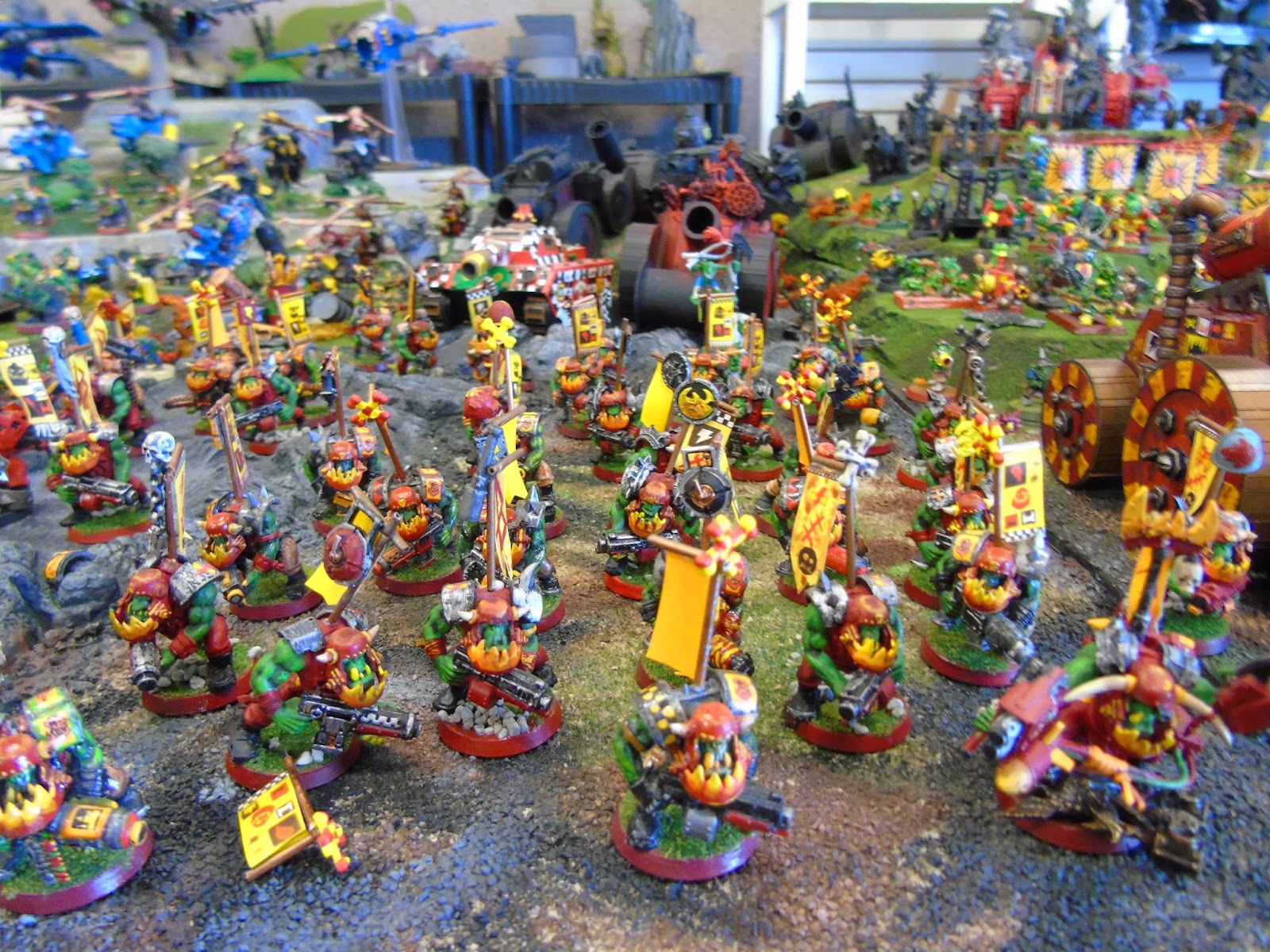 some top notch game or objective markers.  He's made each one a tiny little piece of art. 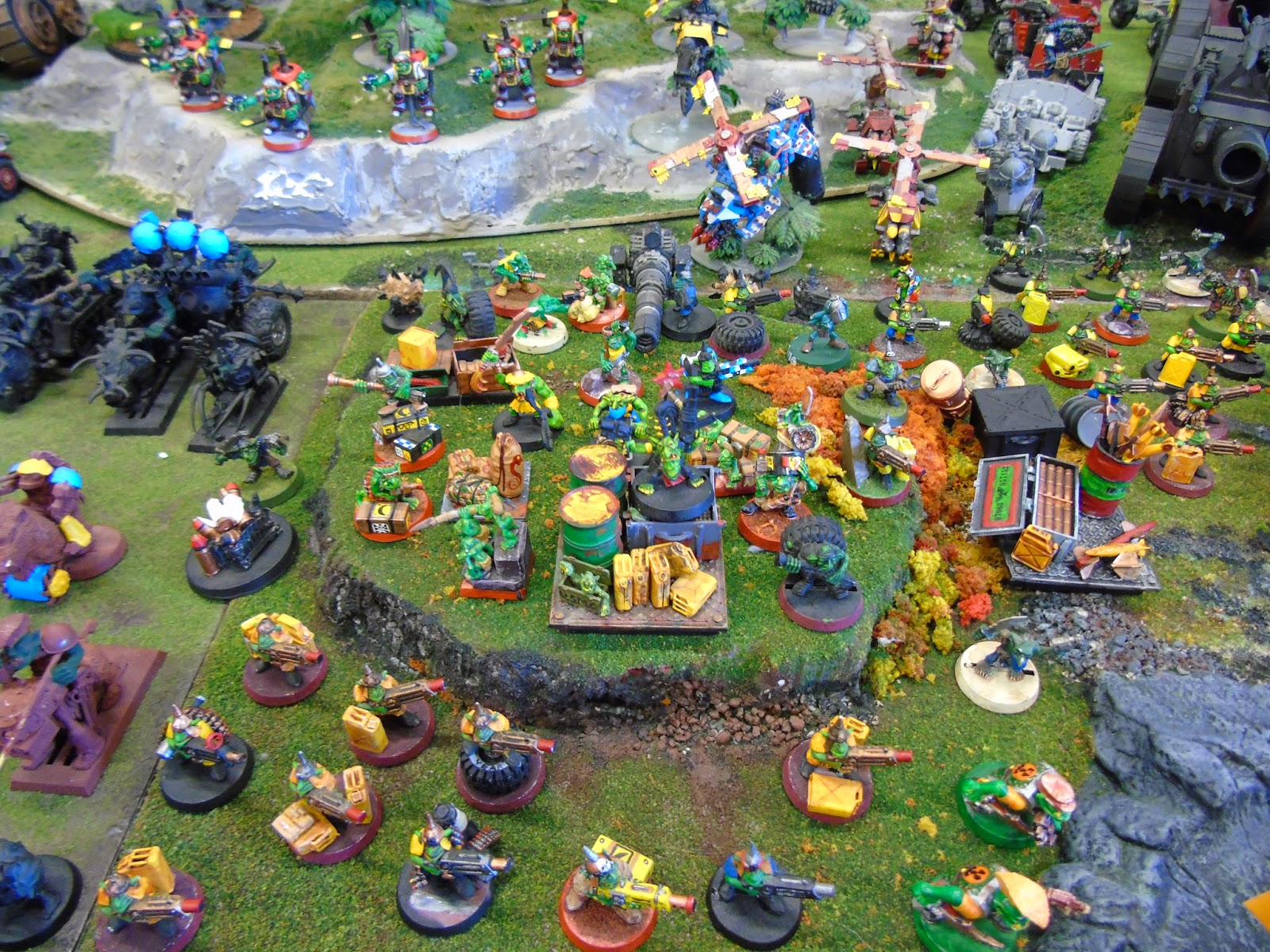 And last and least least, the very best Stompa model ever made! 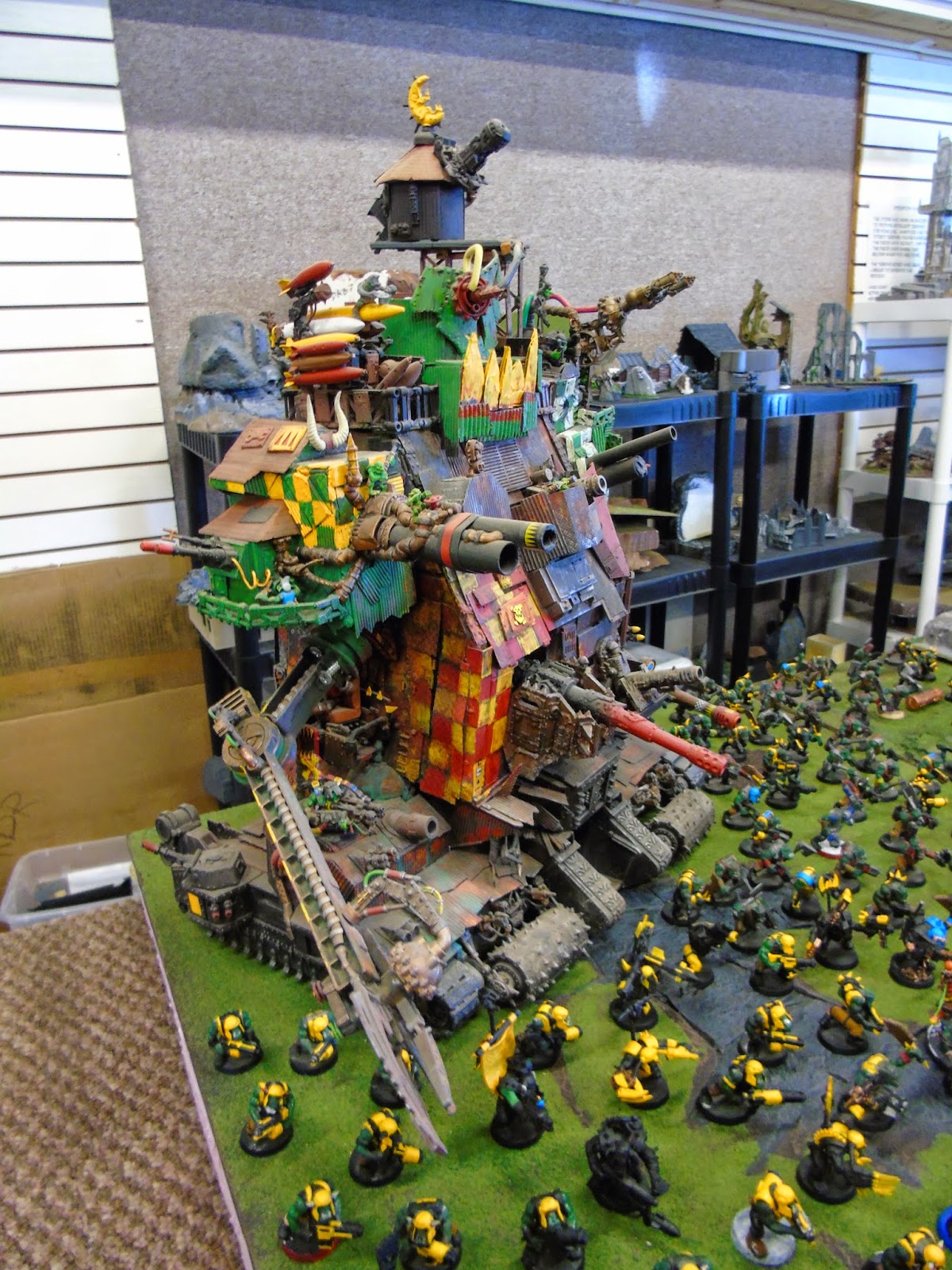 The rear of the behemoth model even has a gyrocopter landing pad. 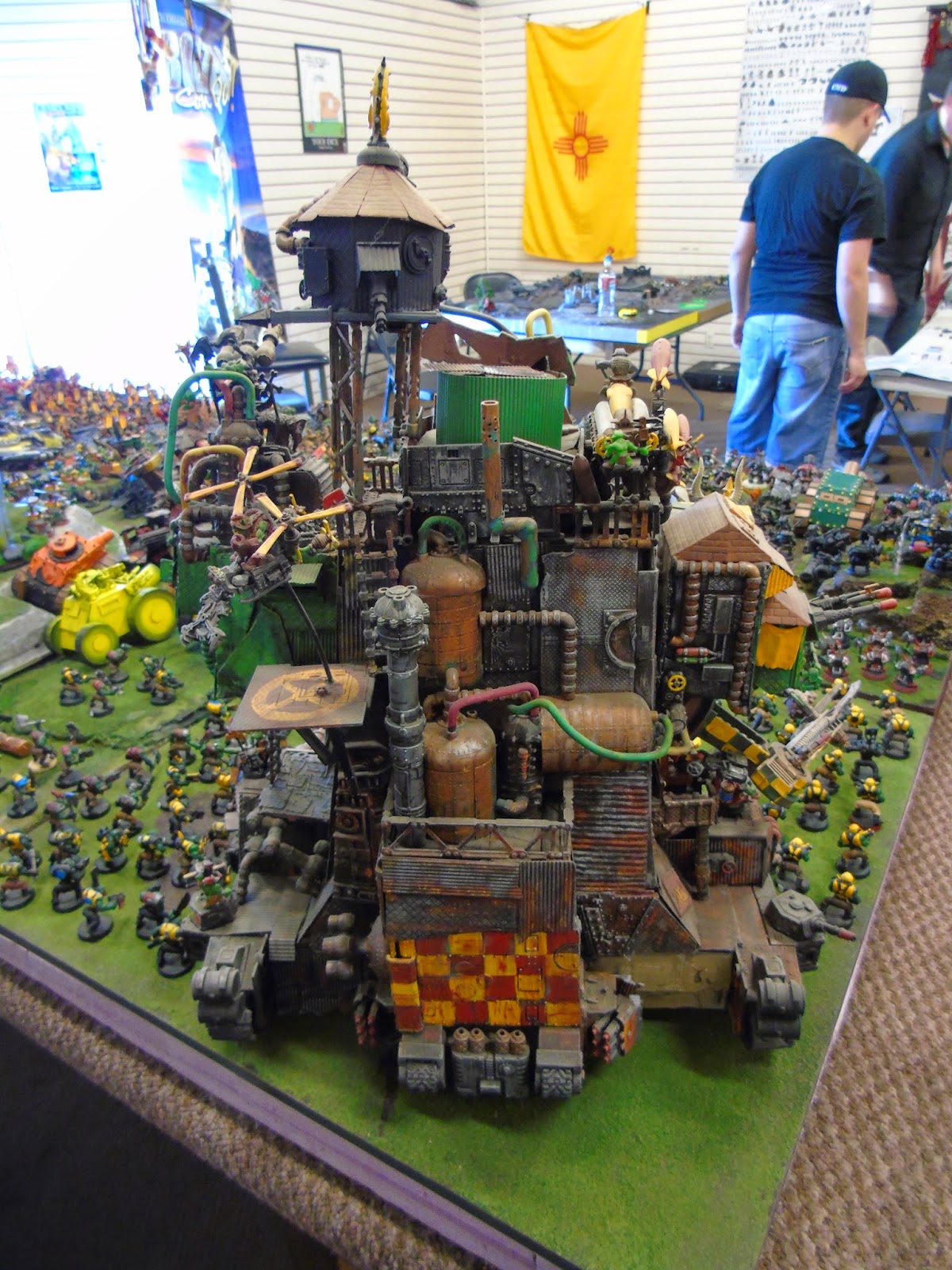 Till, this weekend when I'll have more painted models up and hopefully a decent battle report from the Darkest Heart of Africa!