I have a pack of mean and nasty monsters and "evil" space demons for you.

Here's a rear shot of the group. 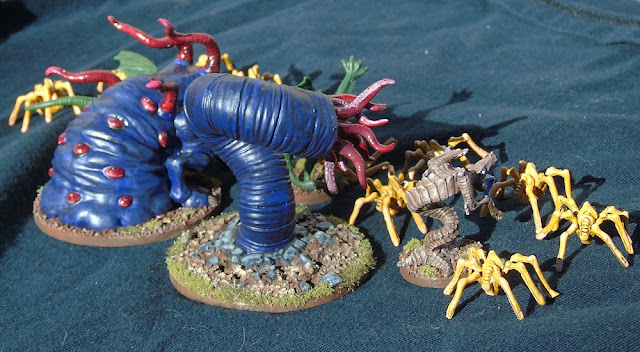 Here's a "Hound of Tindalos" from FFG's Mansions of Madness board game.  He's human size.  Invented by Frank Belknap Long, hounds are immortal creatures that live in the angles of time.  They may materialize into our world through sharp angles to drain the fluids out of humans.  I keep mine in a round cage, because I like my fluid on my insides. 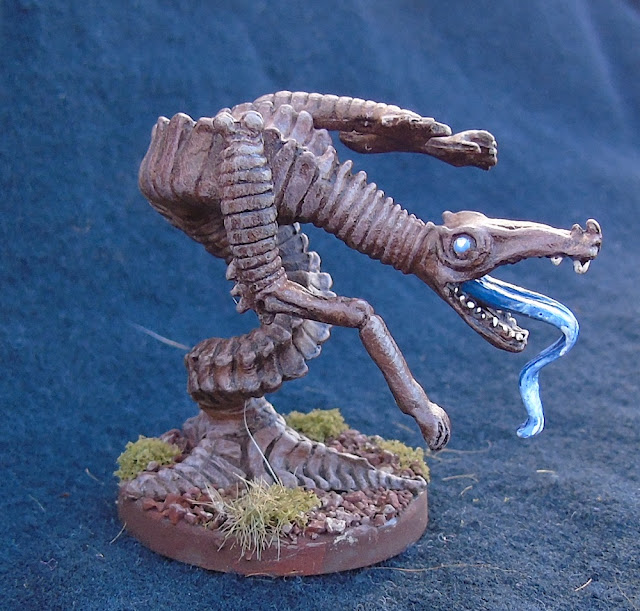 Here's a "Mi-go" Here's a  from FFG's Mansions of Madness board game.   It's somewhat larger than a human model.  Invented by Mr. Lovecraft, Mi-go are some sort of bat winged fungoid crustecean that are a war with the Elder gods.  For some reason the fly from Pluto and steal our brains.  They don't eat them, but instead keep them in containers, like portable hard drives.

These are not really Lovecraft minis.  The eleven spider looking things are actually monsters from FFG's Doom game, but I'm pretending they are servitors of the spider god, Atlach-Nacha, the Spinner of Darkness.  I think the fish guy is a Mage Knight Sahugin, who I think make a fairly decent Deep One. 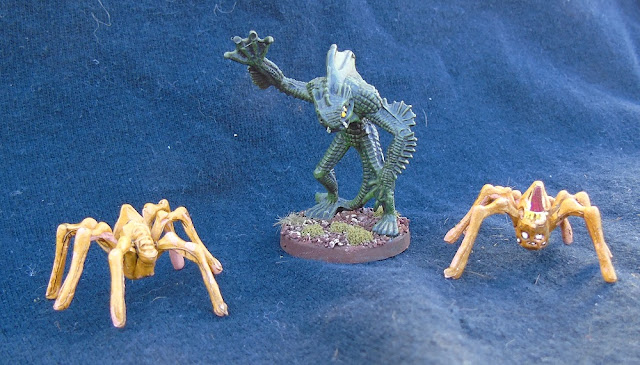 This is a Shoggoth from FFG's Mansions.    Another invention of Mr. Lovecraft, Shoggoth are semi-conscious amorphous shape changing blobs, covered in eyes.  No longer slaves to their creators, the Elder Things, they like to squish albino penguins.

Lastly, is a Cthonian from Mansions.  Cthonian's are underground worm creatures invented by Brian Lumley.  Cthonians much like witches, are killed by water.  I used varnish to make his tentacles look slimy. 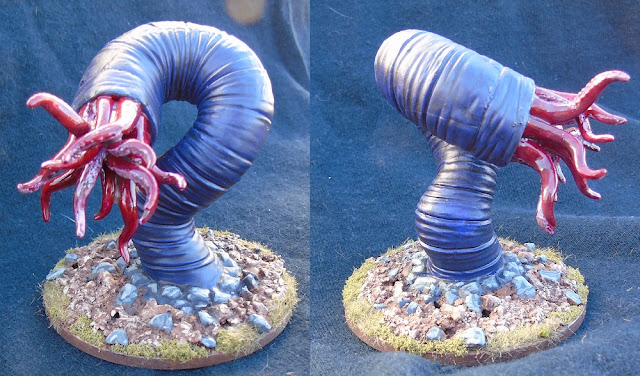 Till next time when I'll have some centaurs done and hopefully some Prussian cavalry ready.