First are a twelve pack of the Perry Dutch Red Lancers. 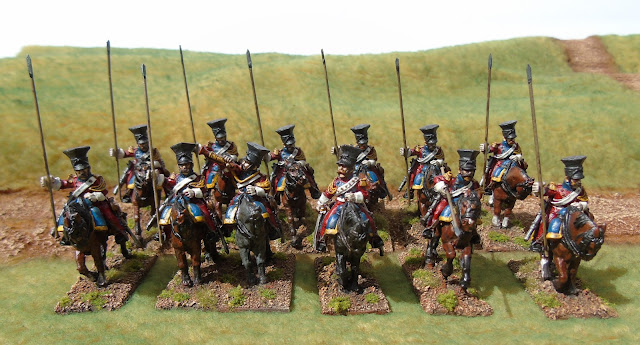 Their lances are plastic broom bristles, with the ends squished and trimmed.

Here are six Renegade Saxons, without body armor. (everyone on this post has broom bristle spears)

Here are eight more Renegade Saxons with mail shirts.  I need to buy some shield decals, they'd look better and save time.

Here are nineteen more Renegade Saxons with fuller mail jackets.  Renegade are slighter larger than normal 28mm miniatures, but I really like them.
One Saxon with an axe and two horn blowers.

Here are six Old Glory Revolting peasants.  Who shows up to battle only armed with a pig? 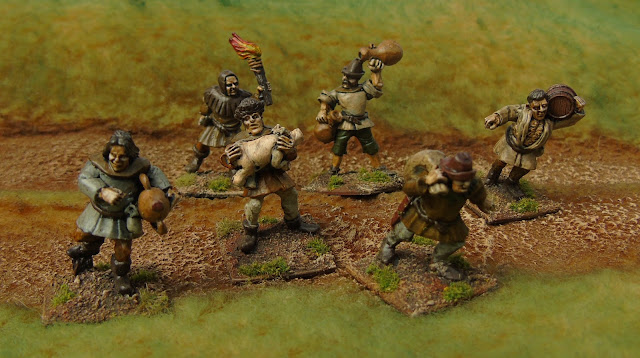 Here are six spearmen.  I have no idea of manufacturer or ethniticity.  Please tell me who made these. 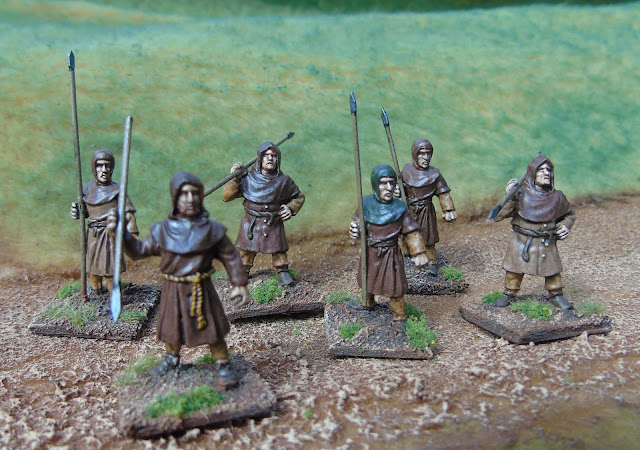 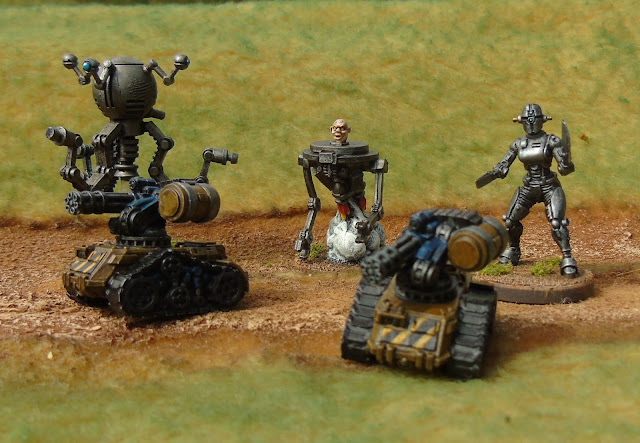 The not-Fallout thing with eye stalks and the feminine model are Brother Vinni resin.  The floating head is Old Glory; he's supposed to have a clear plastic dome cover that I can't find; it was likely vacuumed by the wife.  I'm not complaining, as I don't want to do the vacuuming. 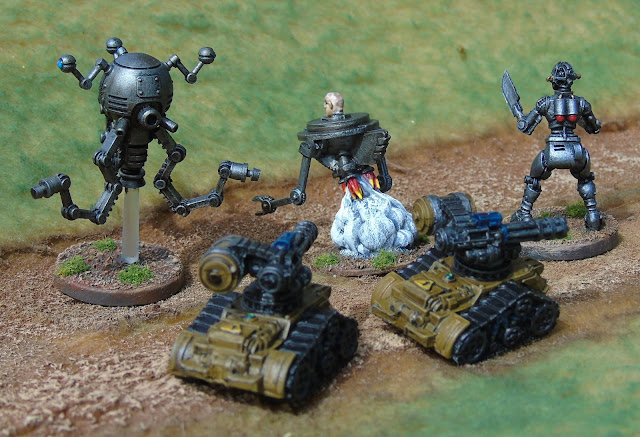 Here are two odd rocks I found in the basement of a run down cabin in the woods, outside Lake Geneva.  I was studying water fauna for Miskatonic U on one of my scientific research trips, and this old cabin called to me from the woods. 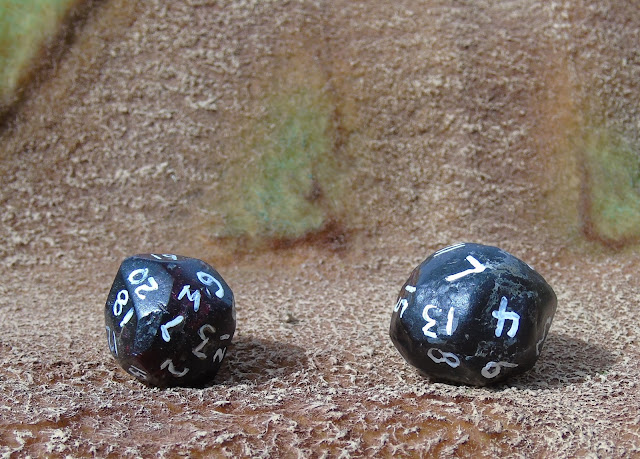 Till next time beloved viewer, when I should have more Saxons and some other stuff, but I never know what I'll paint.