The Enfilade 2012 Convention held in Olympia, WA, was terrific.  There were hundreds of great miniatures games played.  If you had an opportunity to attend and did not go, you made a terrible mistake.

One of my personal favorite events was the big Warhammer Ancient Battles Tournament managed by Pat Lowinger from the great podcast "The Historical Wargames Podcast"  (http://www.historicalwargames.org) and sponsored by Brookhurst Hobbies (http://www.brookhursthobbies.com/).  Here are a few pics I took during games. 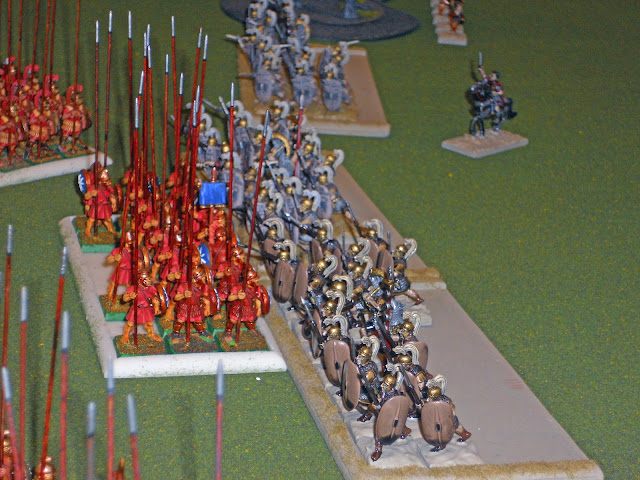 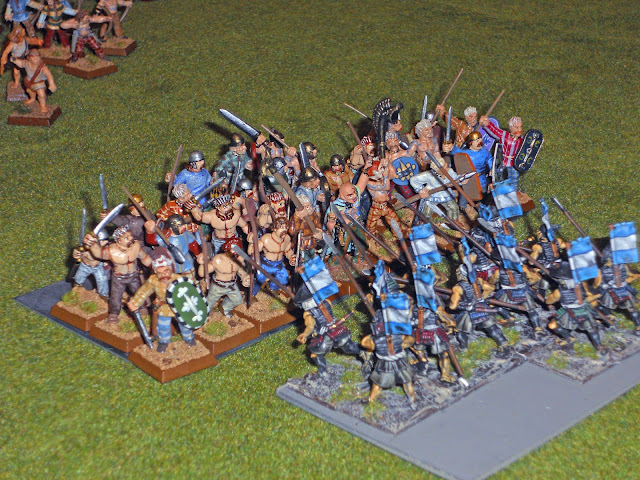 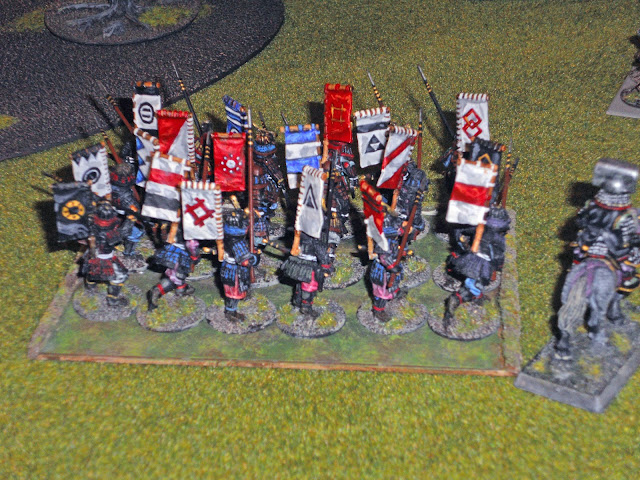 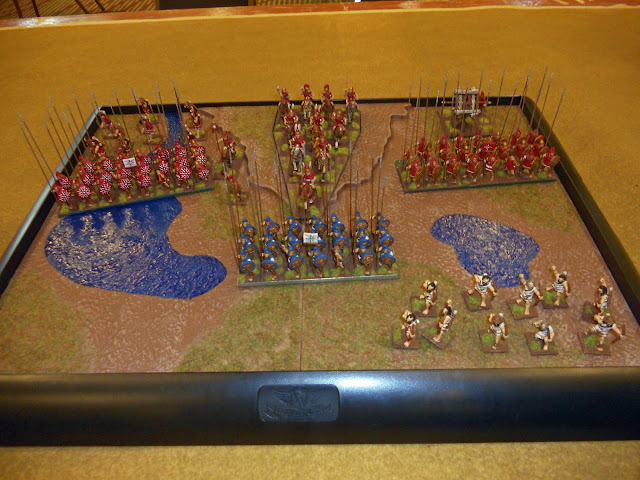 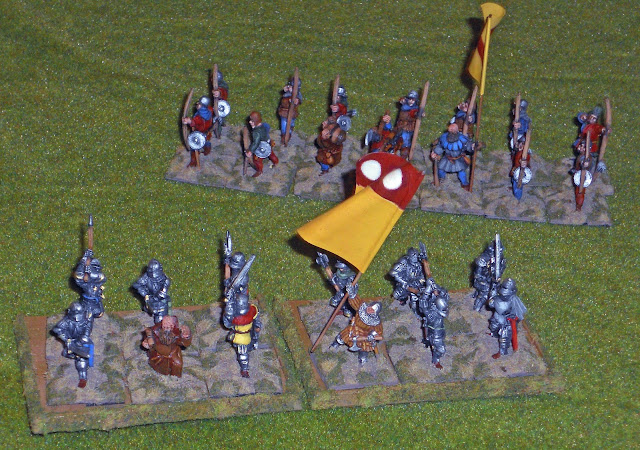 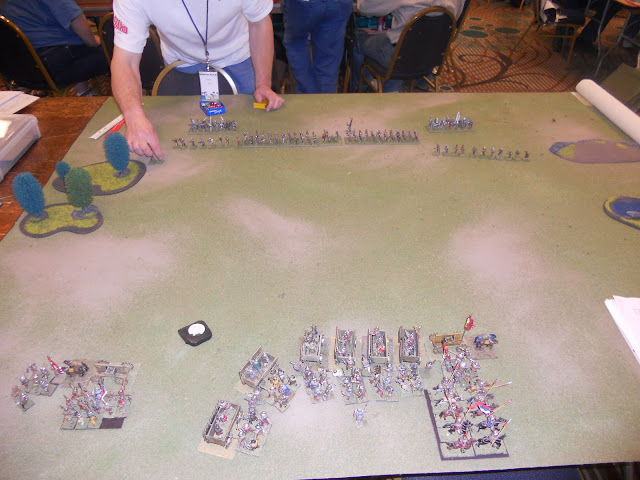 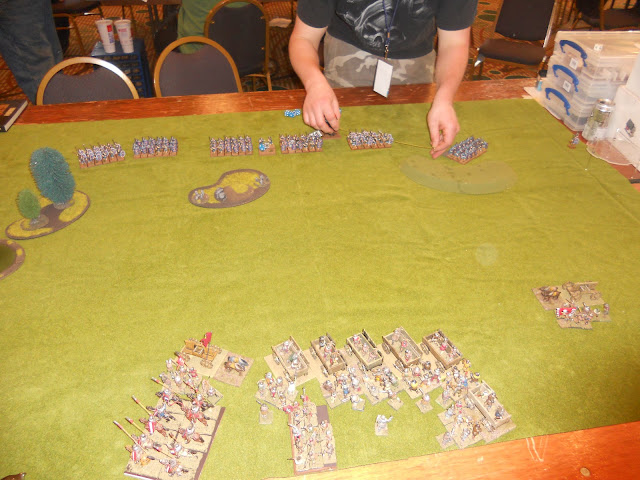 I did manage to take pictures of four of the non-WAB games.  A much better photographer put a couple hundred photos up on the NHMGS yahoo group page.

Here's a game I didn't have a chance to sign up for.  I wish I had, the description was:
Rescue in the Khyber Pass, 1891 by Jeffrey Wilbanks using "The Sword and the Flame" rules.  Pathan tribesmen are holding an Indian princess hostage in Abdul Khan's mountain fortress.  A British NWF field force has been dispatched to punish the Khan and safely retrieve the princess. 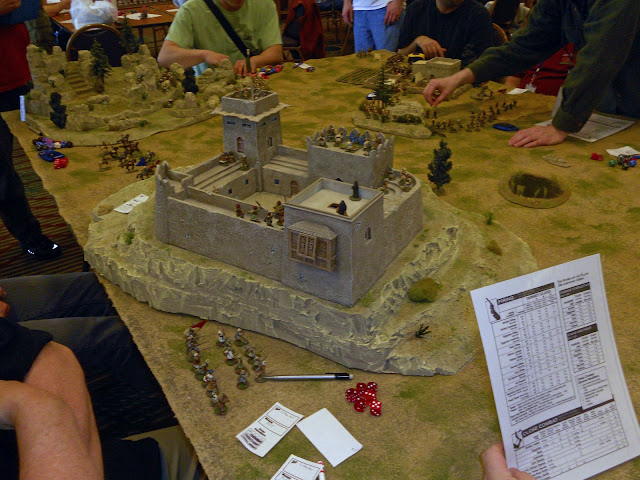 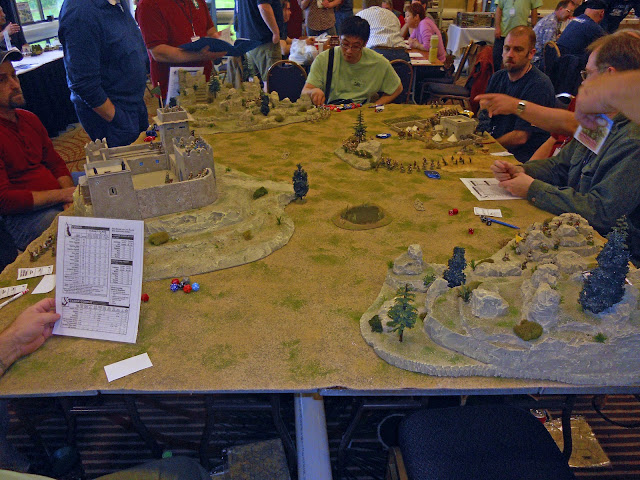 Here's a Regimental Fire and Fury game.  I don't know who ran it because I couldn't find it in the events listing.  The minis were very well done. 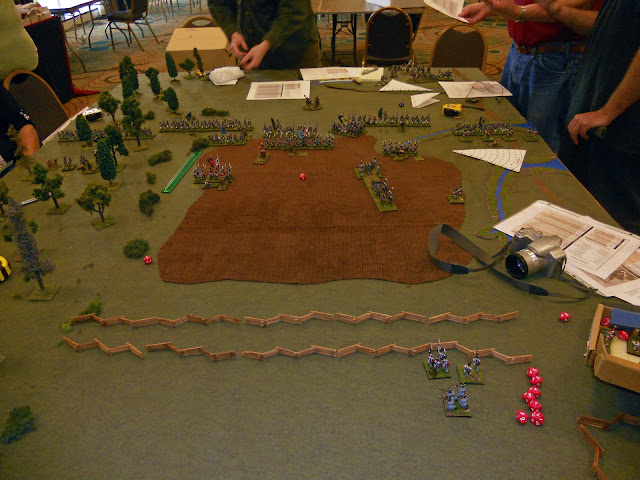 The artist sculpted overcoats onto his British models.  Those are Victrix British plastic artillery crew with green stuff coats. 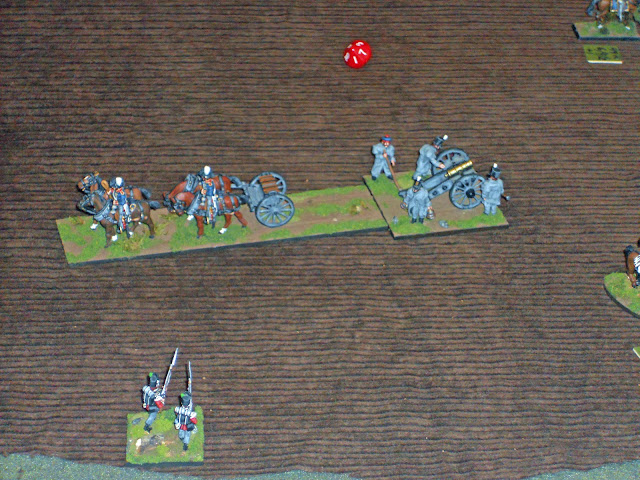 I can only imagine how long it took to prepare and paint these minis. 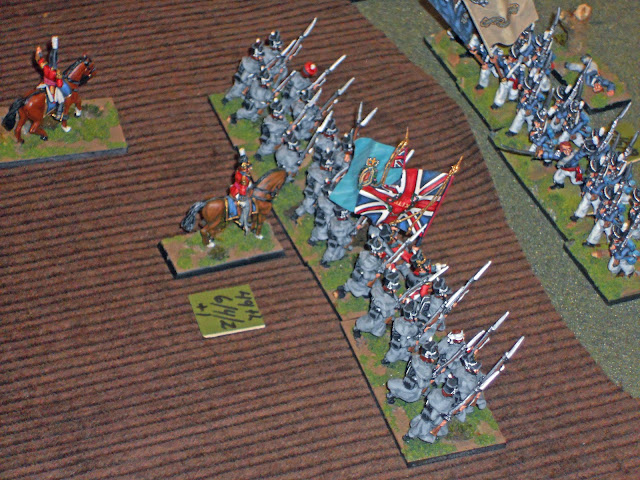 Yesterday I participated in a couple games with some of wargames club at the friendly local game shop, Game Matrix.

First was a simple pitched battle using Black Powder.  French vs. Prussian, no objective, 2 brigades each, but on a rather wide table, 8'x8'. 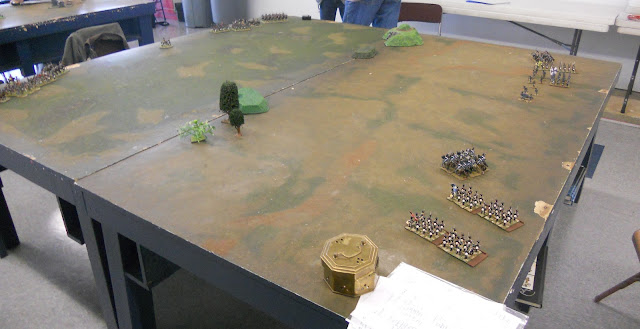 Prussians go first, the roll great command rolls and  run across the table to crush the bootlickers of the despot Bonaparte.  Second turn they blunder all over themselves, one brigade provides the skirmishers an attack column screen.

Luckily the French have decided to basically sit around and ignore their orders for several turns.

We had to quit due to time, but it was a stalemate with both sides standing still pretty much shooting the hell out of each other.  The French had a few units destroyed and almost every unit on the table was shaken or nearly so.

The highlight of my day was a battle versus the current leader in our Dark Ages WAB campaign.

Dean's Thematic Byzantine Army with only four elite units has been slaughtering his opponents so often that his general earned a 10 percent point allotment for every battle.

My plan was to kill his general at all cost. 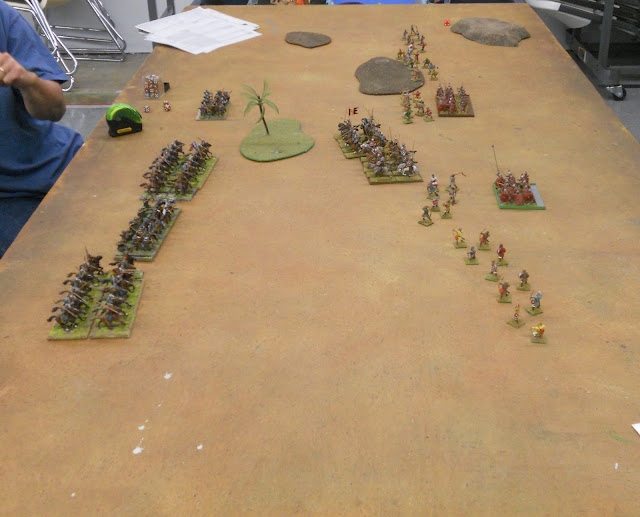 I charged the heavy cav with the Thematic general with my two cav units.

My Bucellari take 70 percent casualties, but passed their break test.  My regular cav win their combat, force the general's unit to take a break, he fails, runs off the table.  I pursue and run off the table as well.  The general is dead.

My cavalry eventually returned and missile fire whittled  the two remaining infantry units to easily manageable numbers and the game was called.

Here's a prepainted bridge I found a the local craft store Michaels.  With a 40% off coupon it only cost $5. 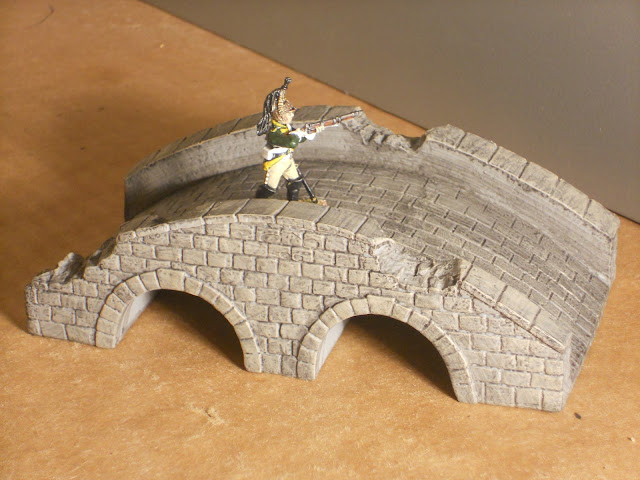 Here's a look at my messy painting table.  I've been making a dent in my lead/plastic piles.  In the cue are Prussian Lutzow's Freikorp infantry, 2 units of landwehr cavalry, some French Dragoons, medieval crossbowmen, and some random bits of fantasy/sci-fi/WW1. 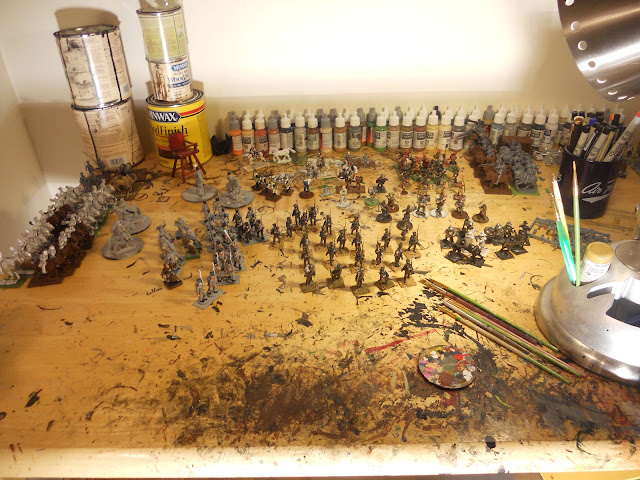 Perry plastic Prussian fusiliers about to get their bases painted and flocked. 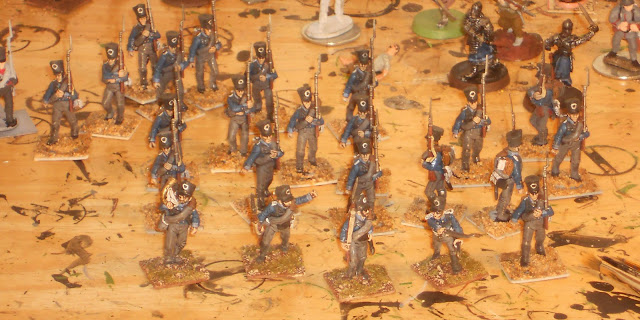