A busy schedule together with both my computer and phone breaking, I have failed to blog recently.  Rest assured viewer of mediocre blogs, I painted quite a few minis recently and have stuff to post in the near future.

This time I only posting some pictures from one of the two annual Camino Real Gamers conventions.  I was only able to attend for one game, so I didn't get pictures of a few games.  Many thanks to our leader Gerard for putting the show on and putting up with us.  He even provided us free snacks and drinks.


A game set in medieval Japan with amazing terrain. 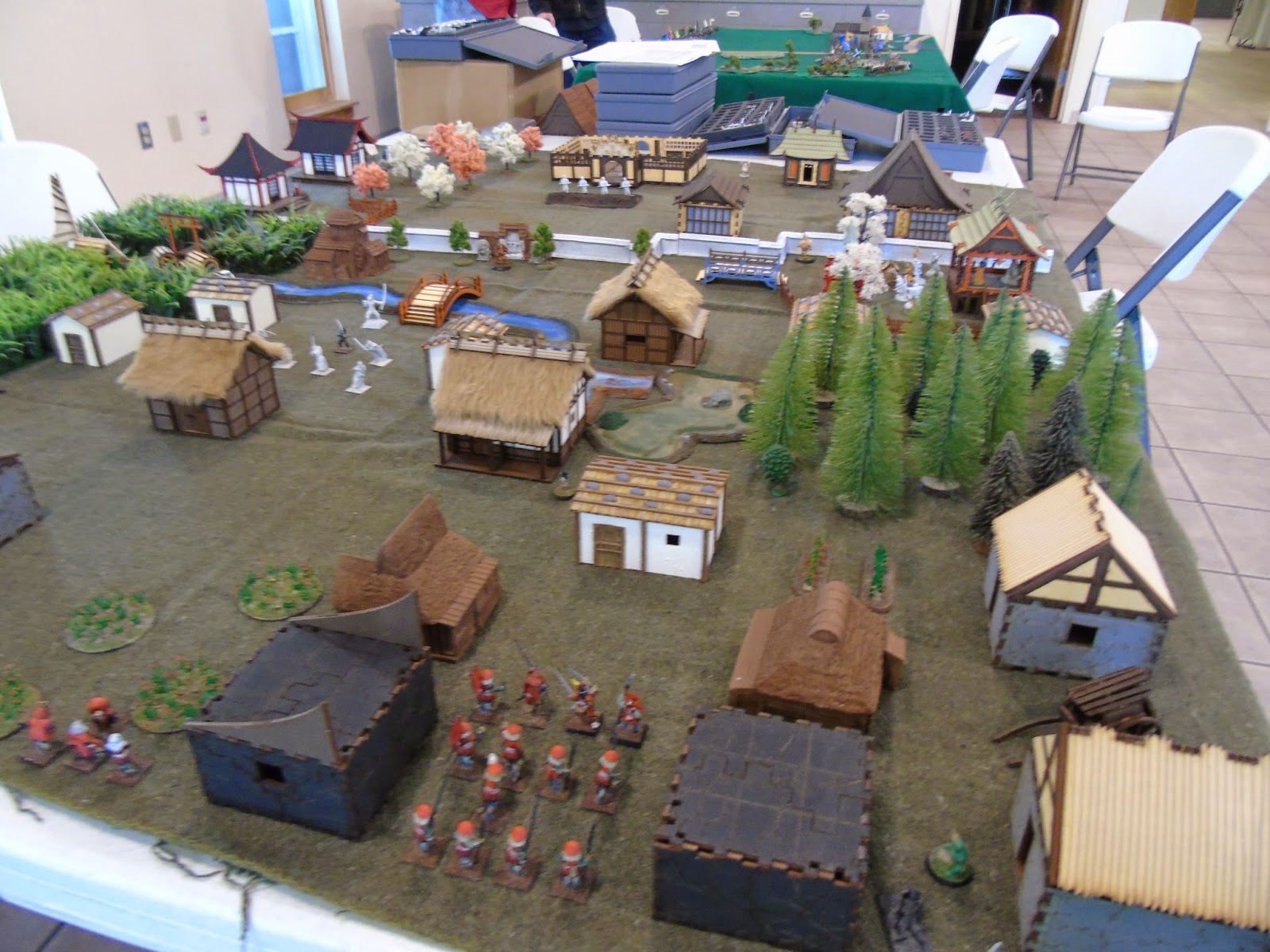 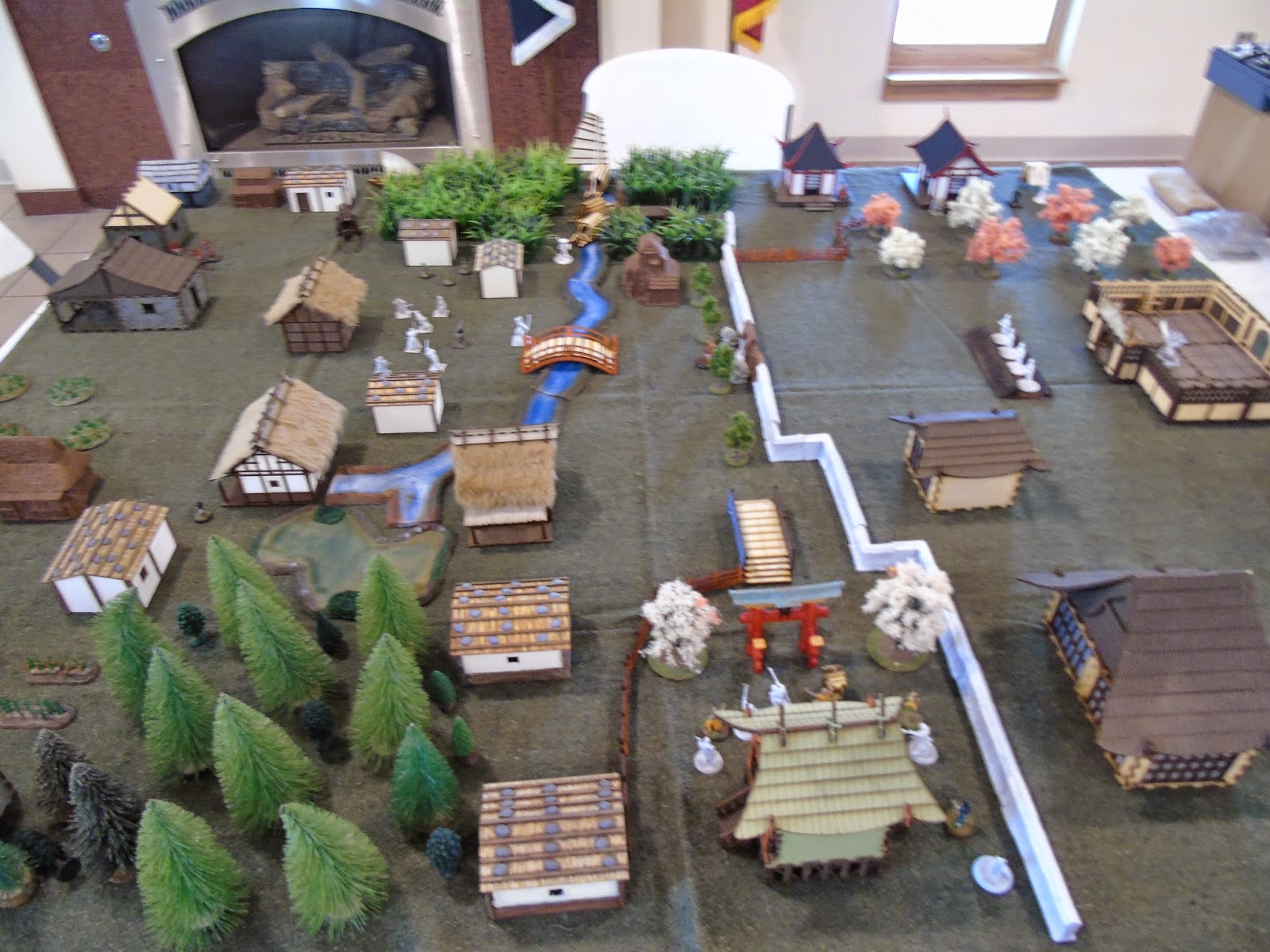 A large Flames of War table. 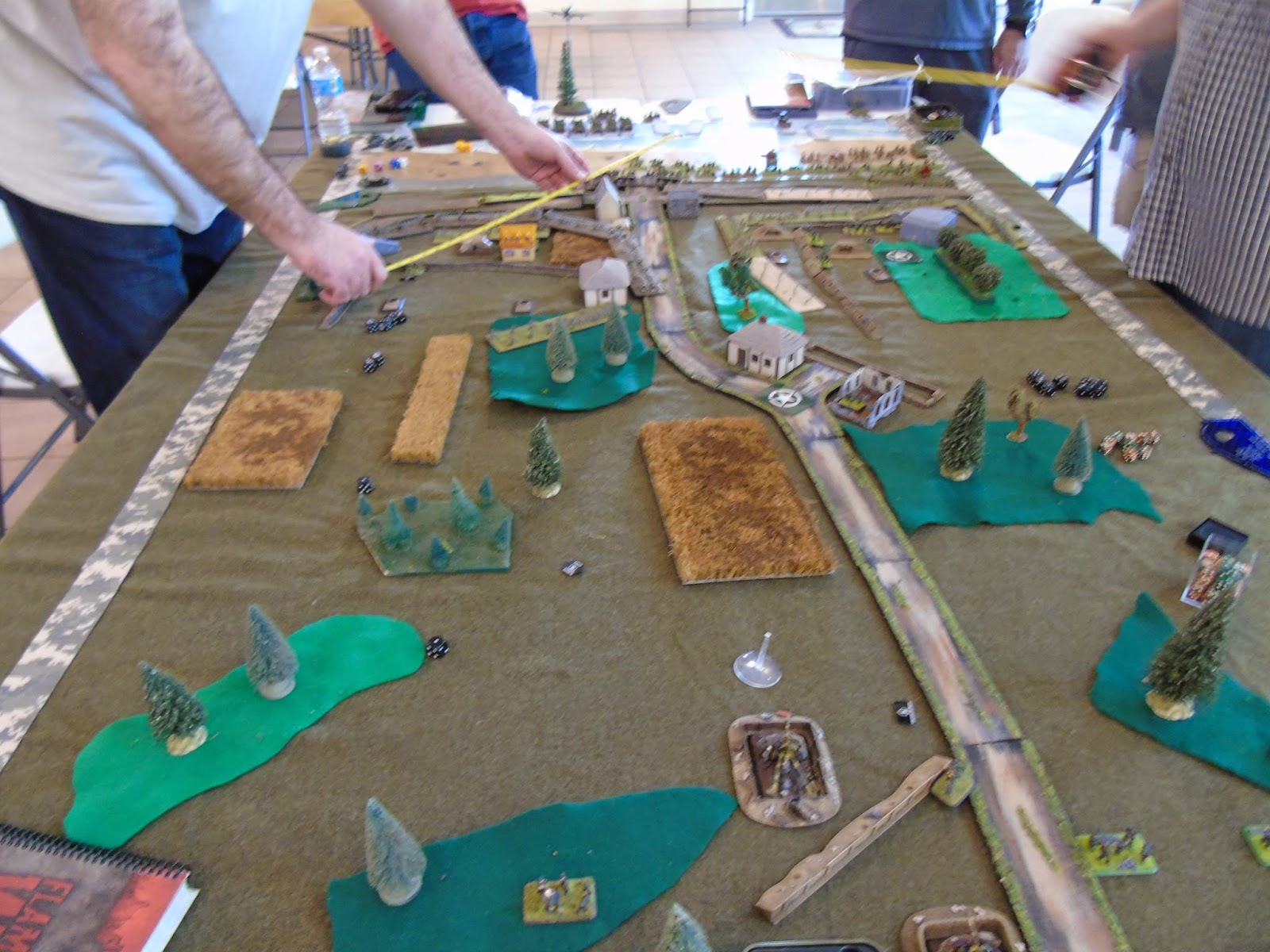 An Age of Eagles game. 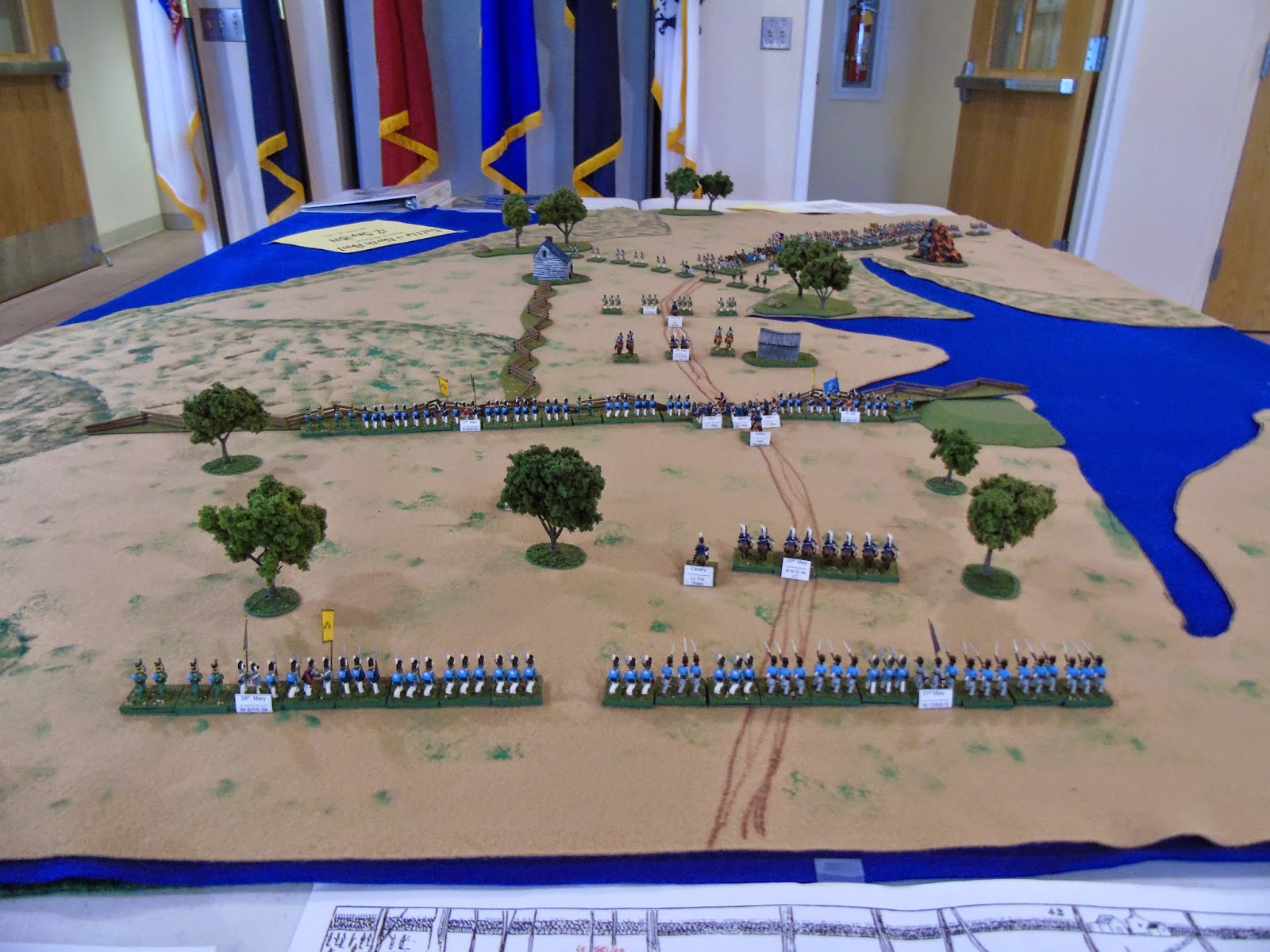 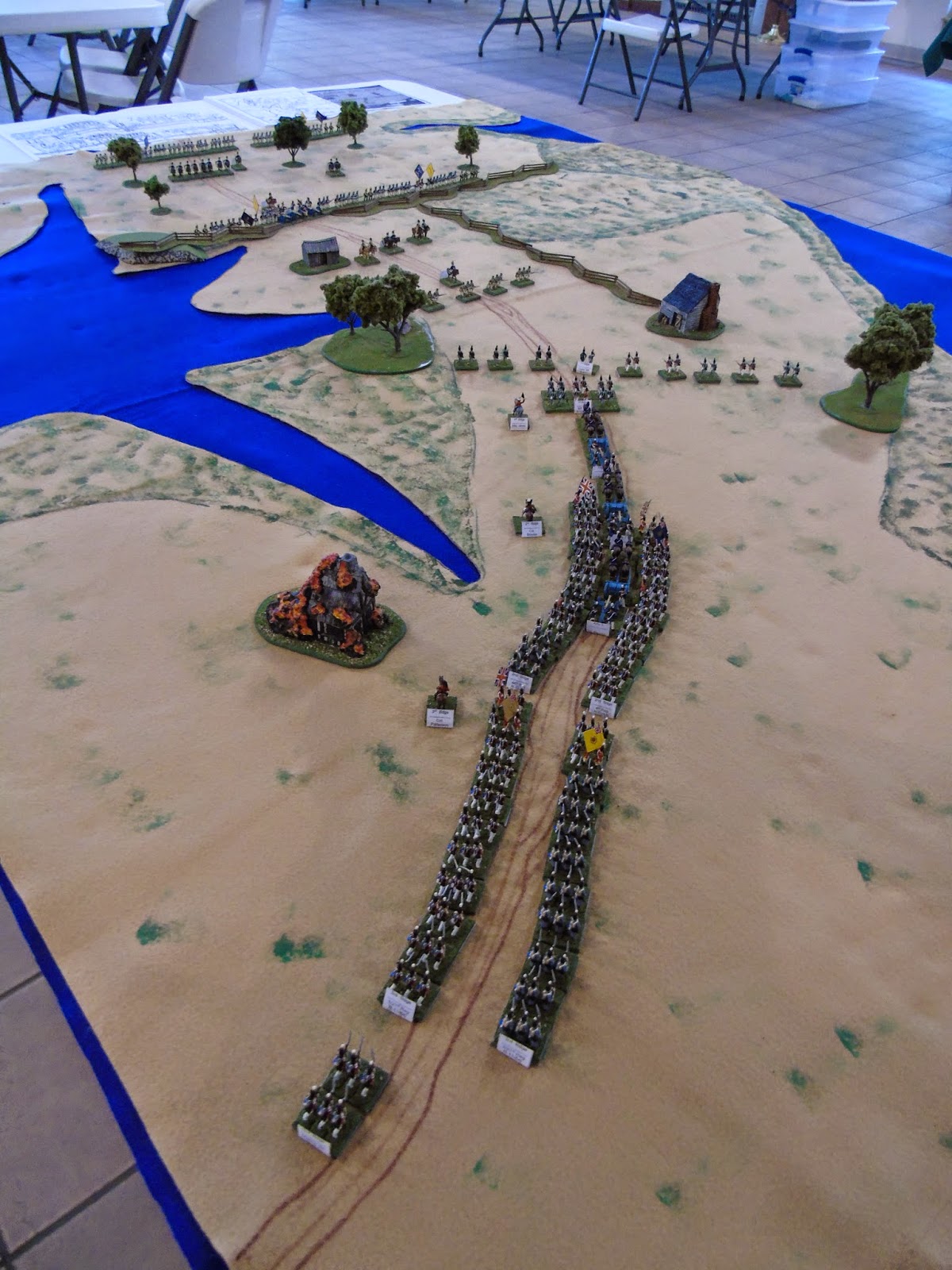 A Star Wars Armada game being set up. 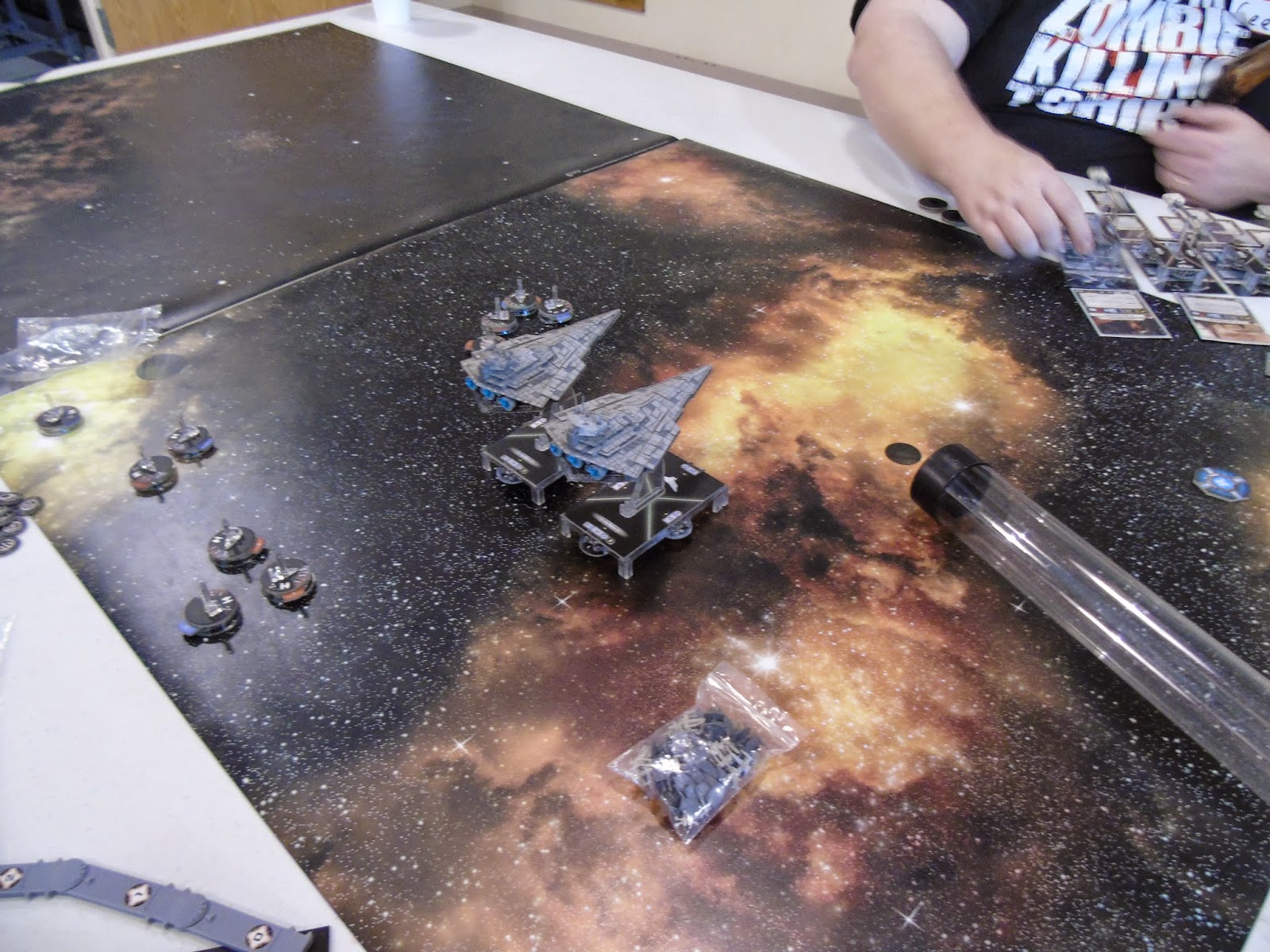 Here's some exciting pictures from a beautiful Regiment of Foote game put on by the most excellent Steve. 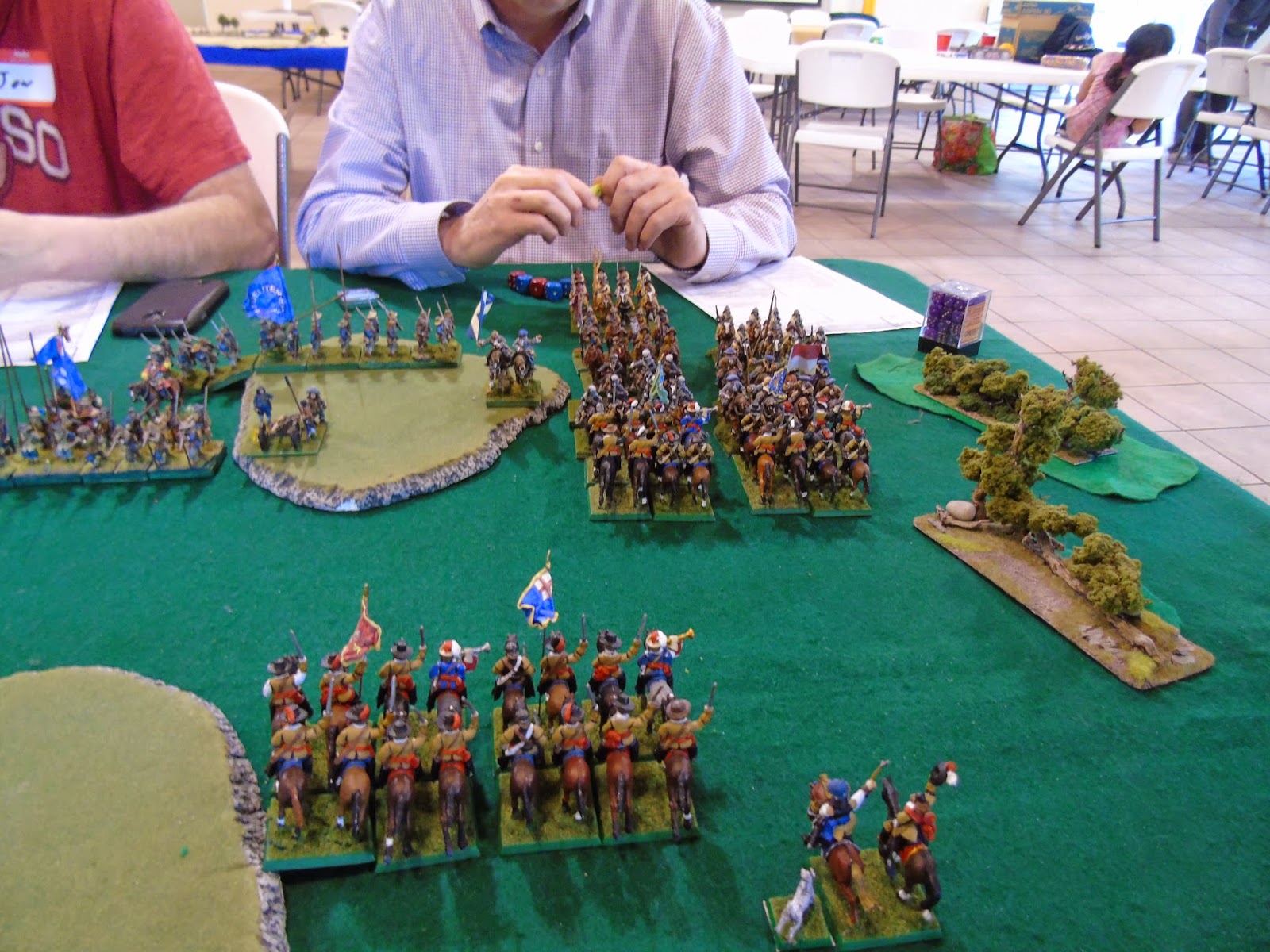 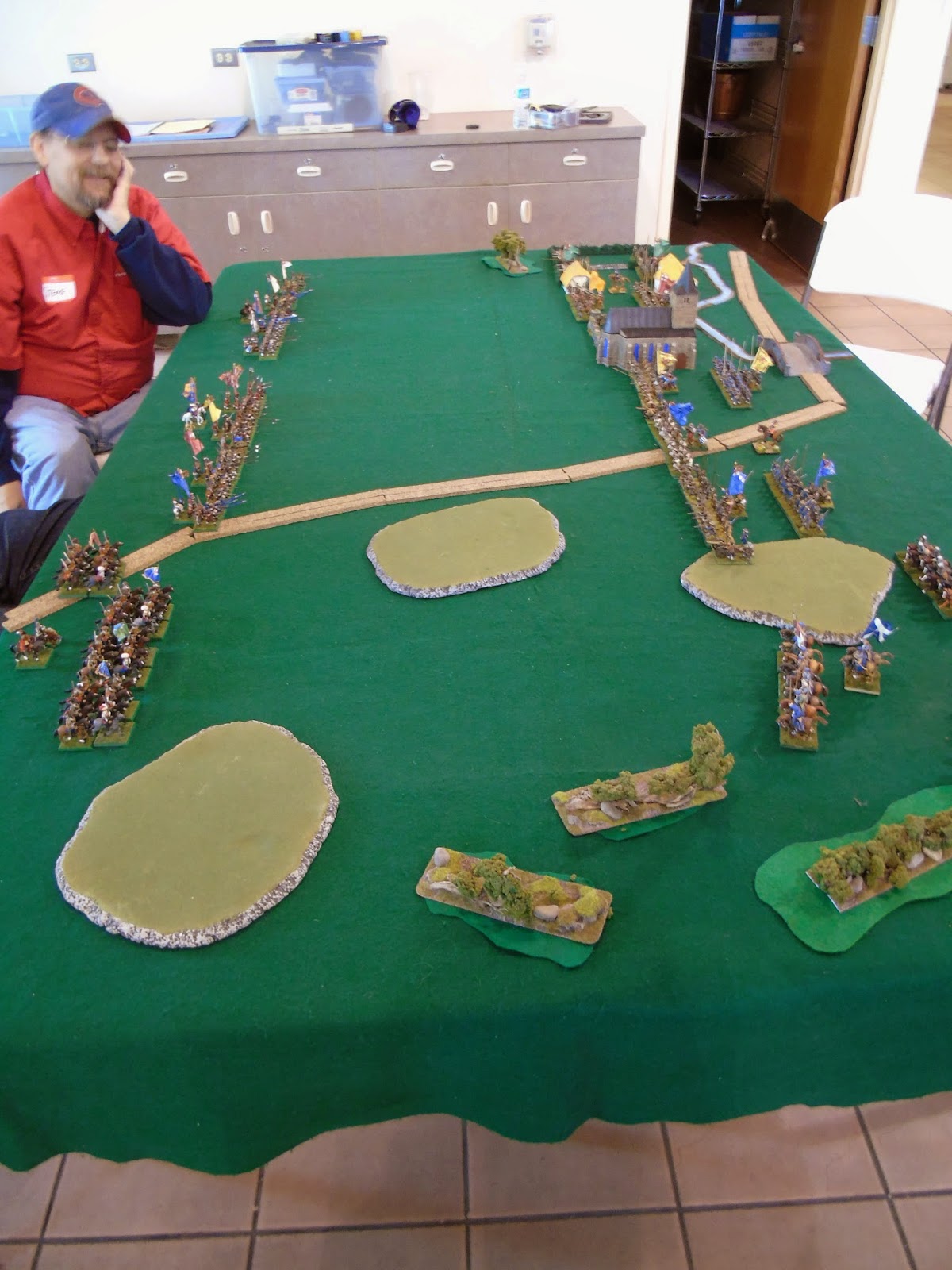 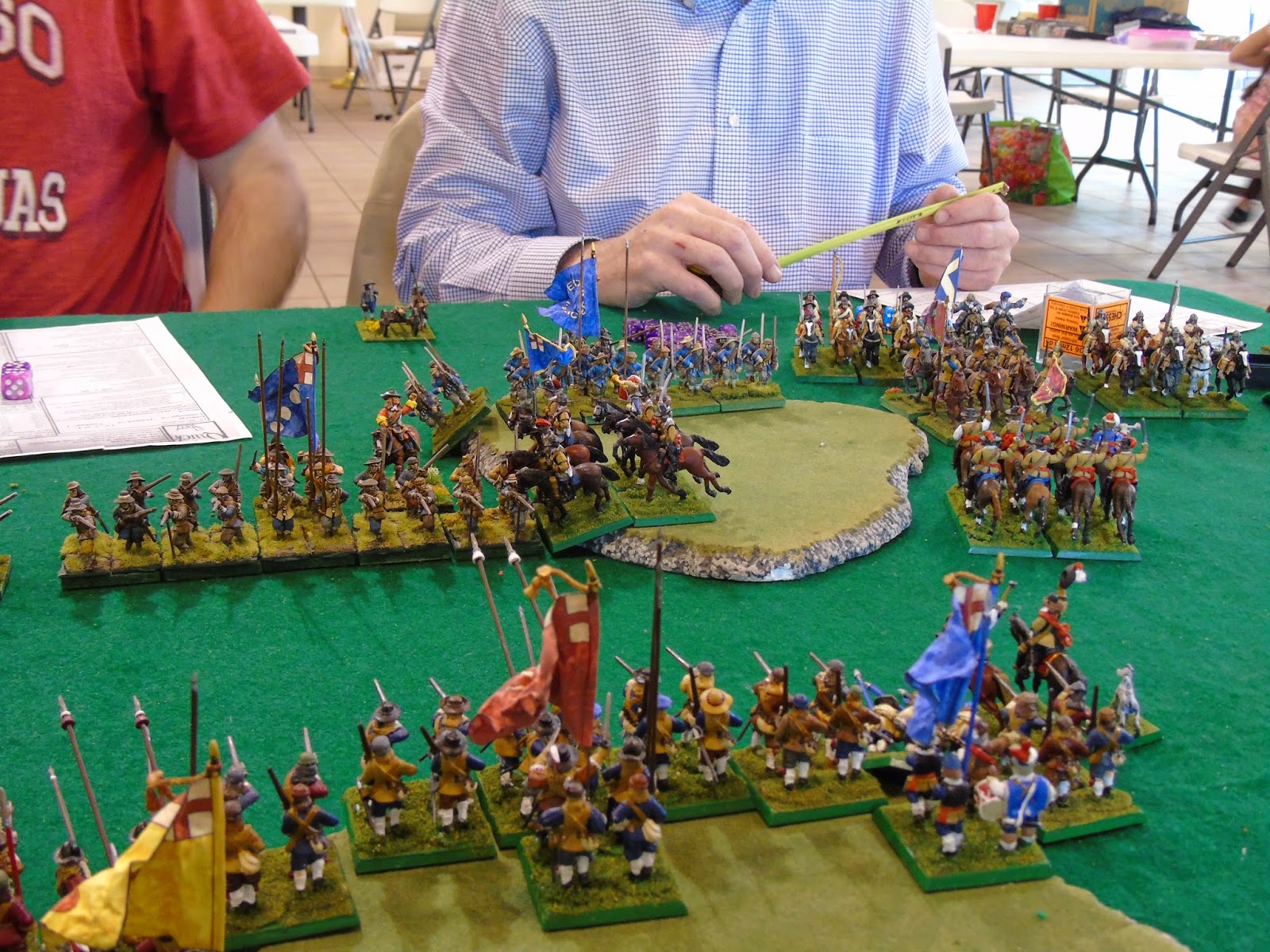 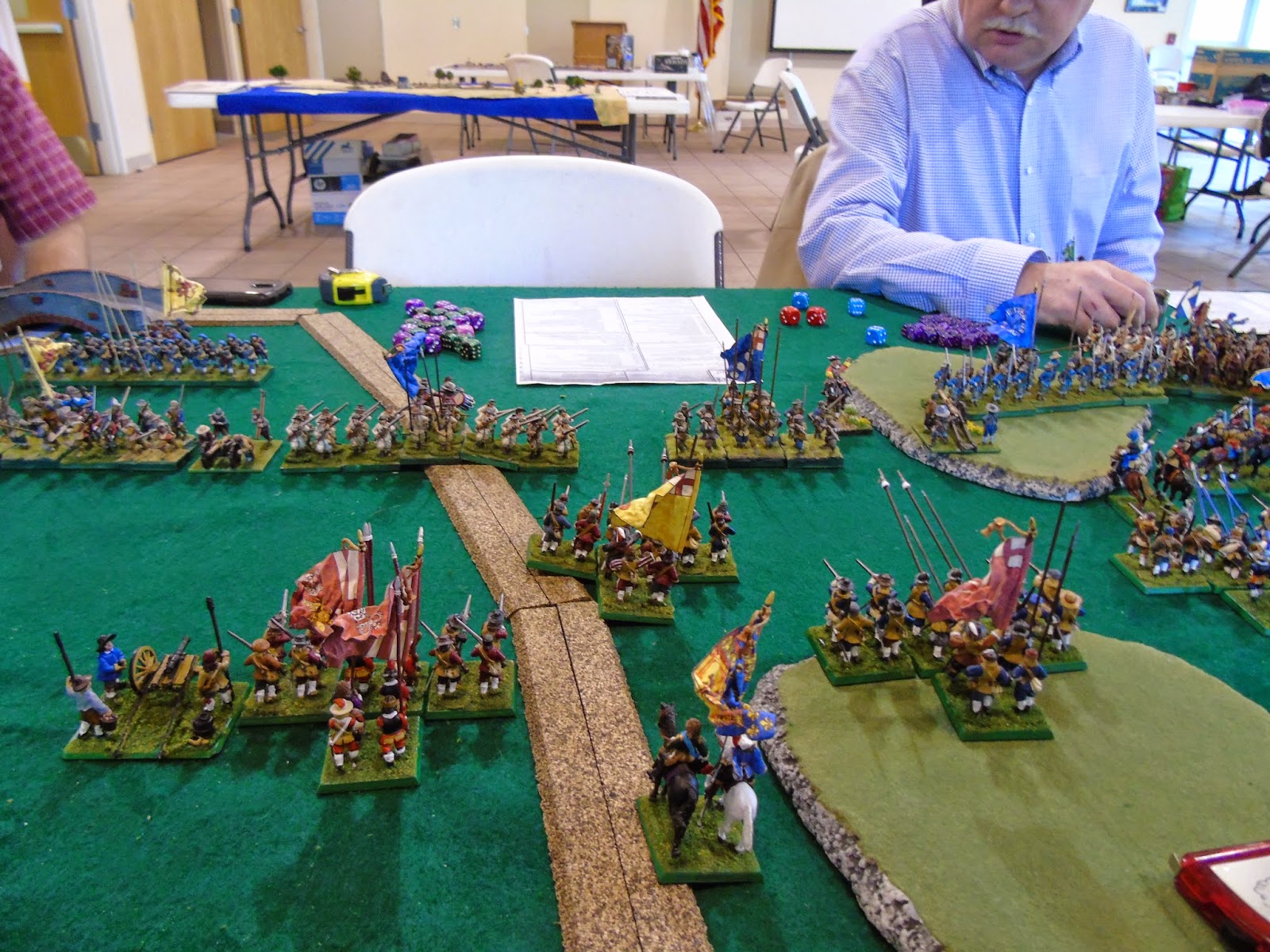 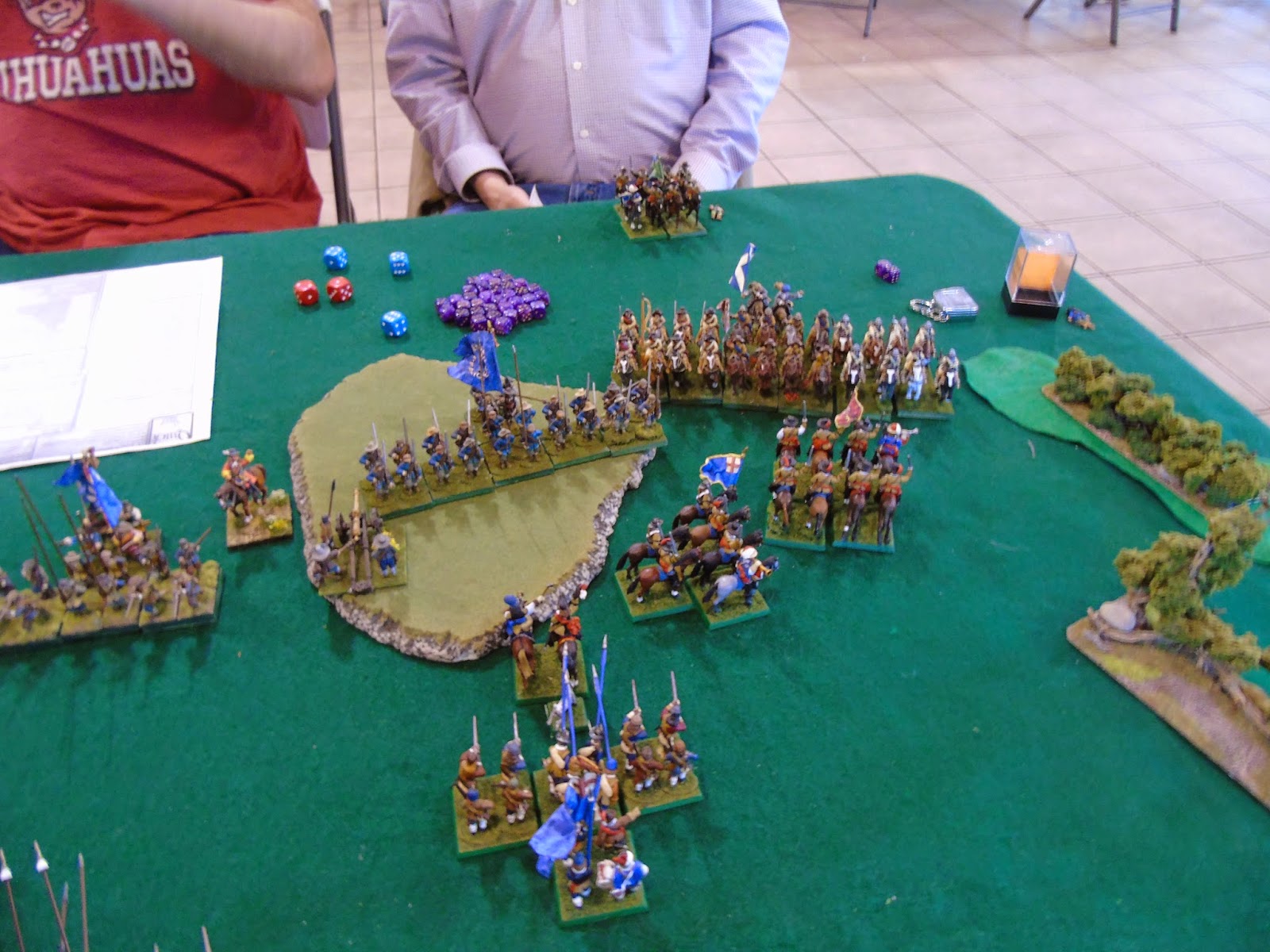 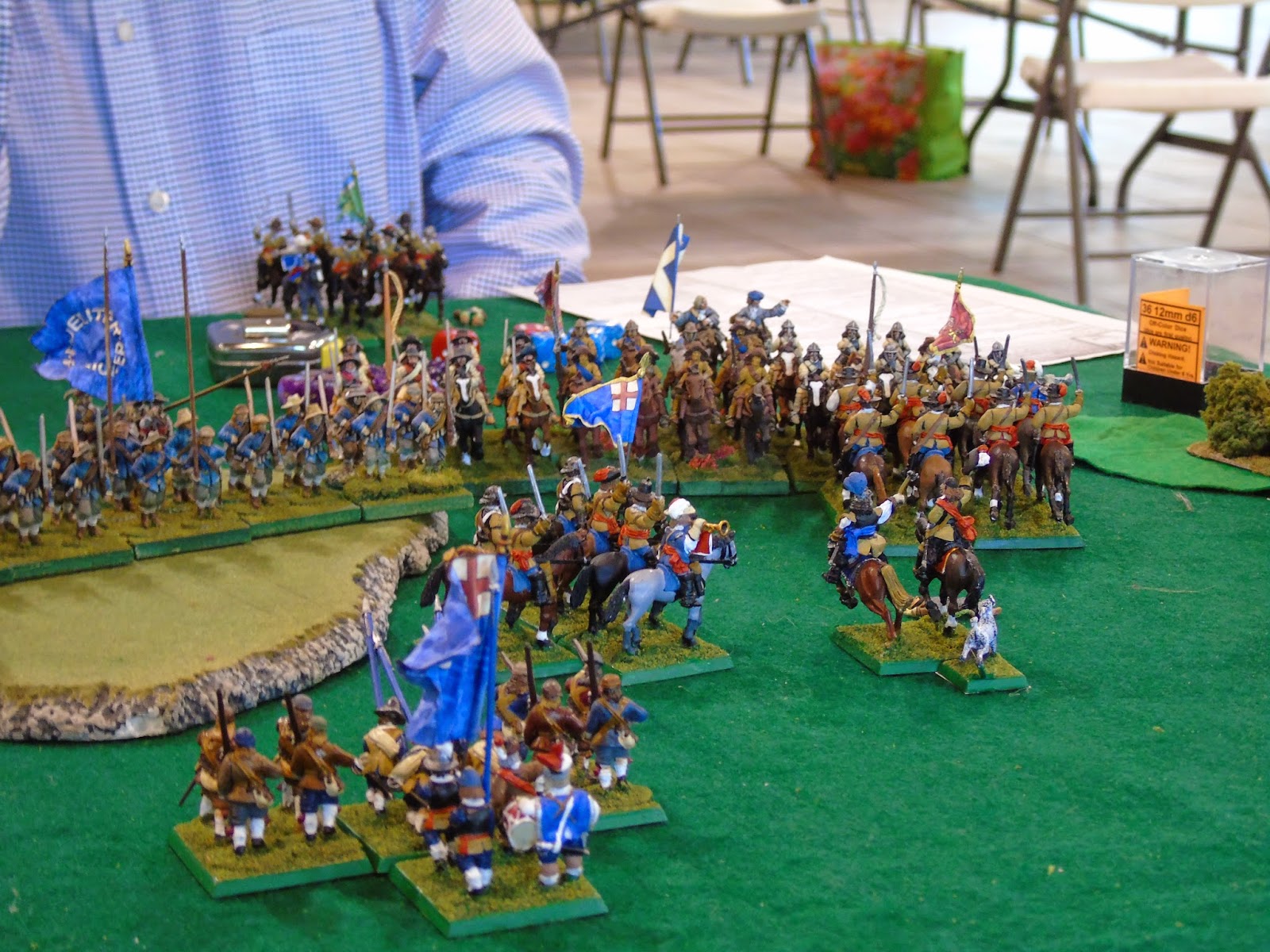 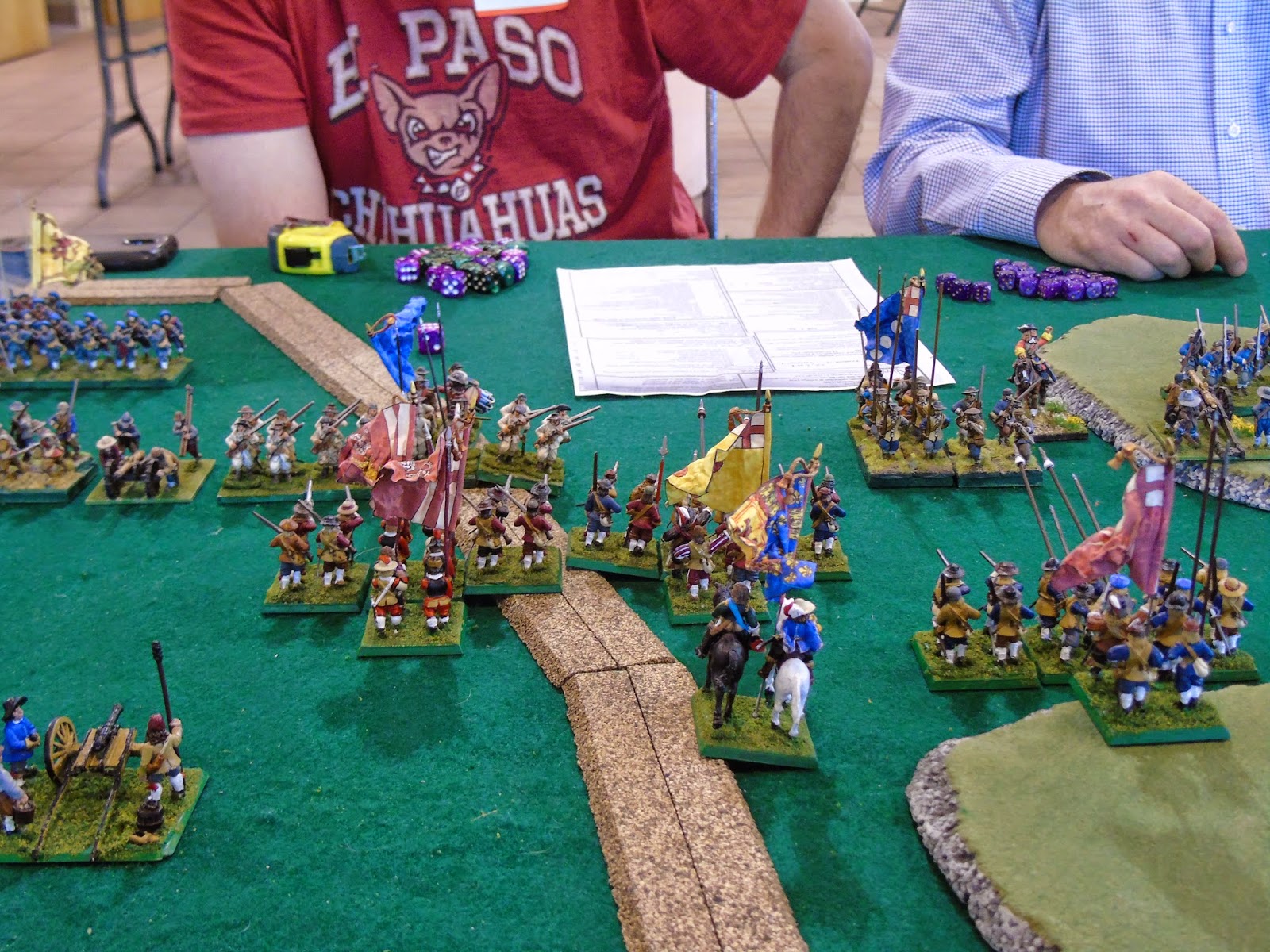 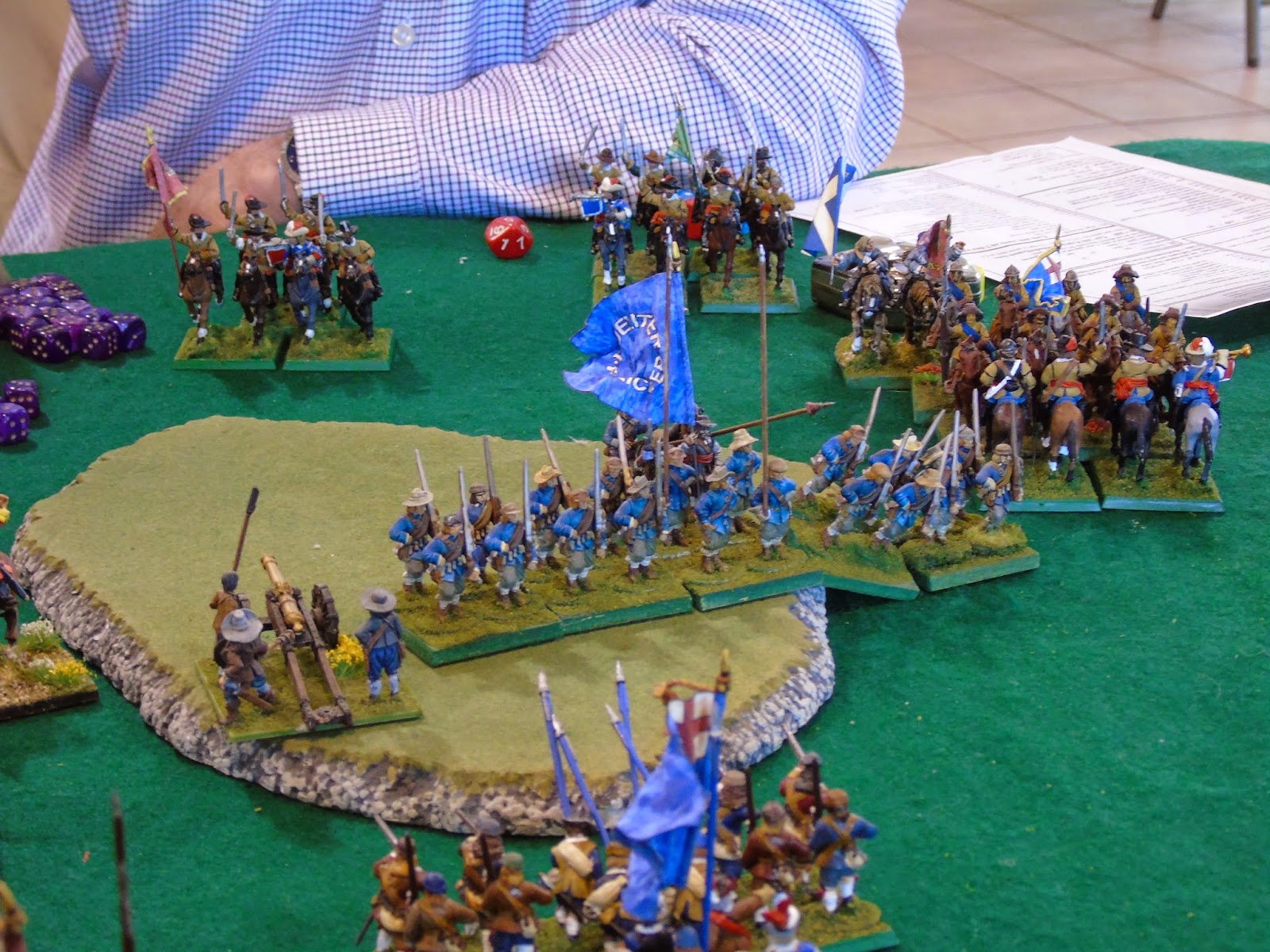 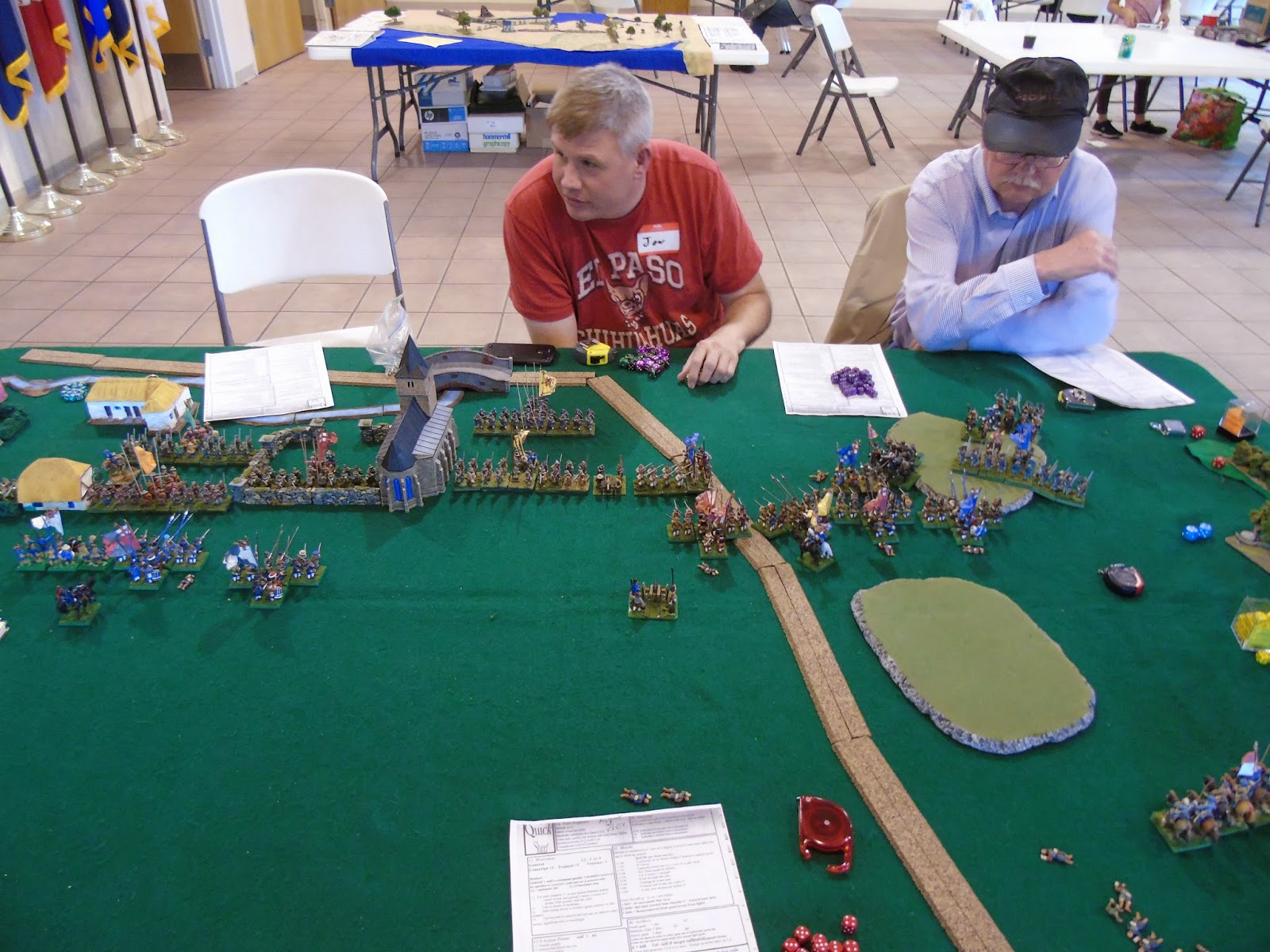 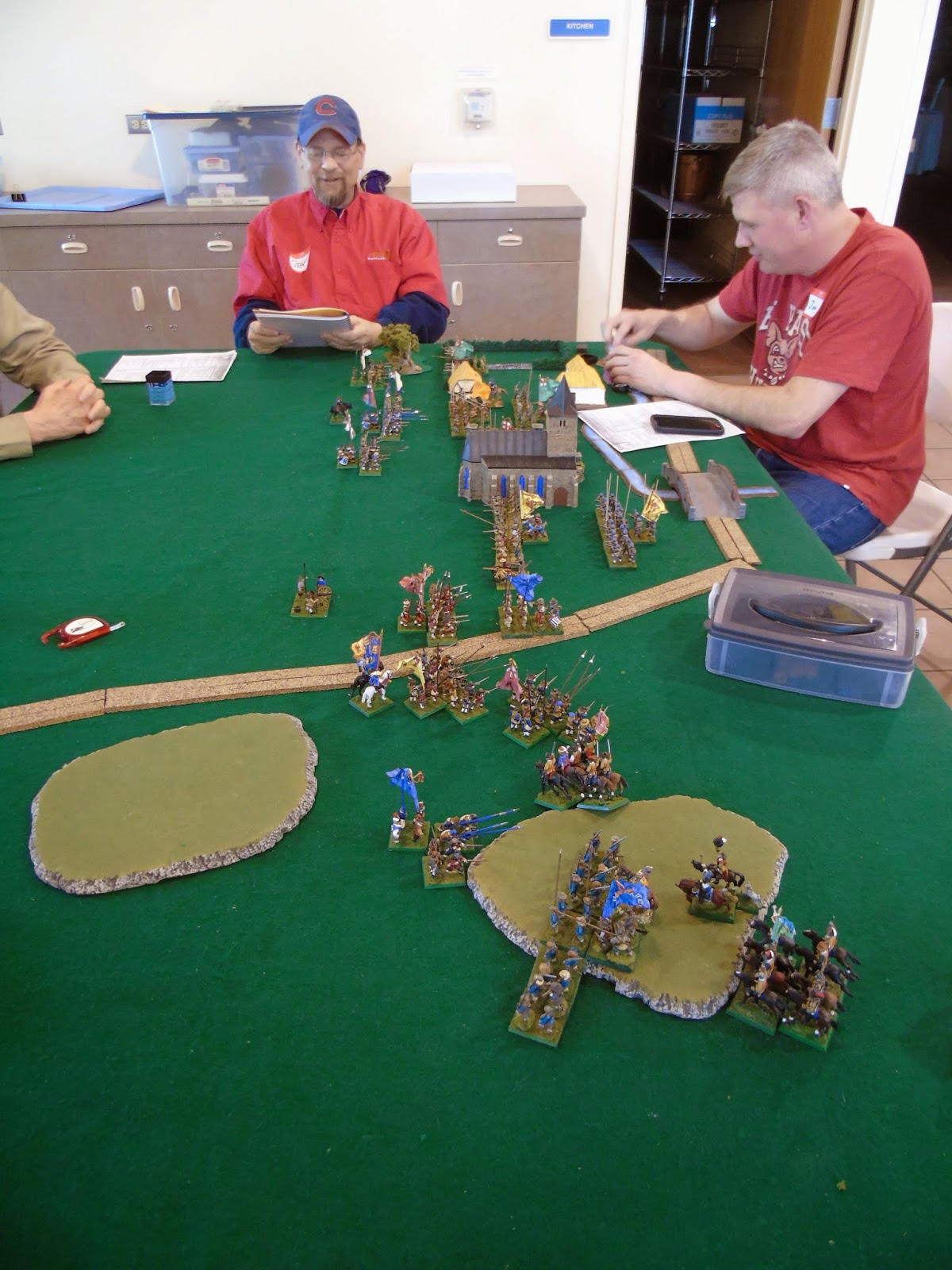 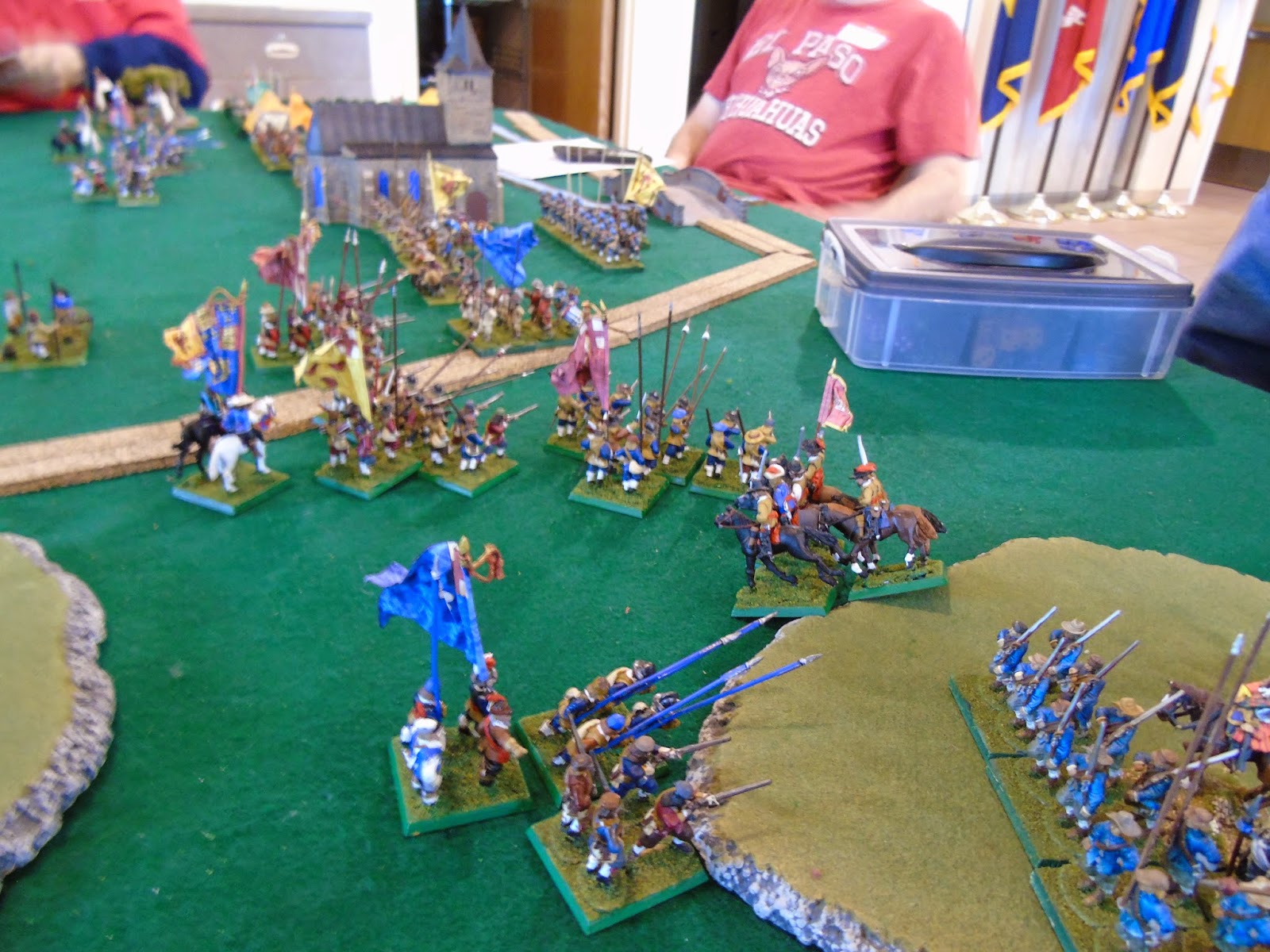 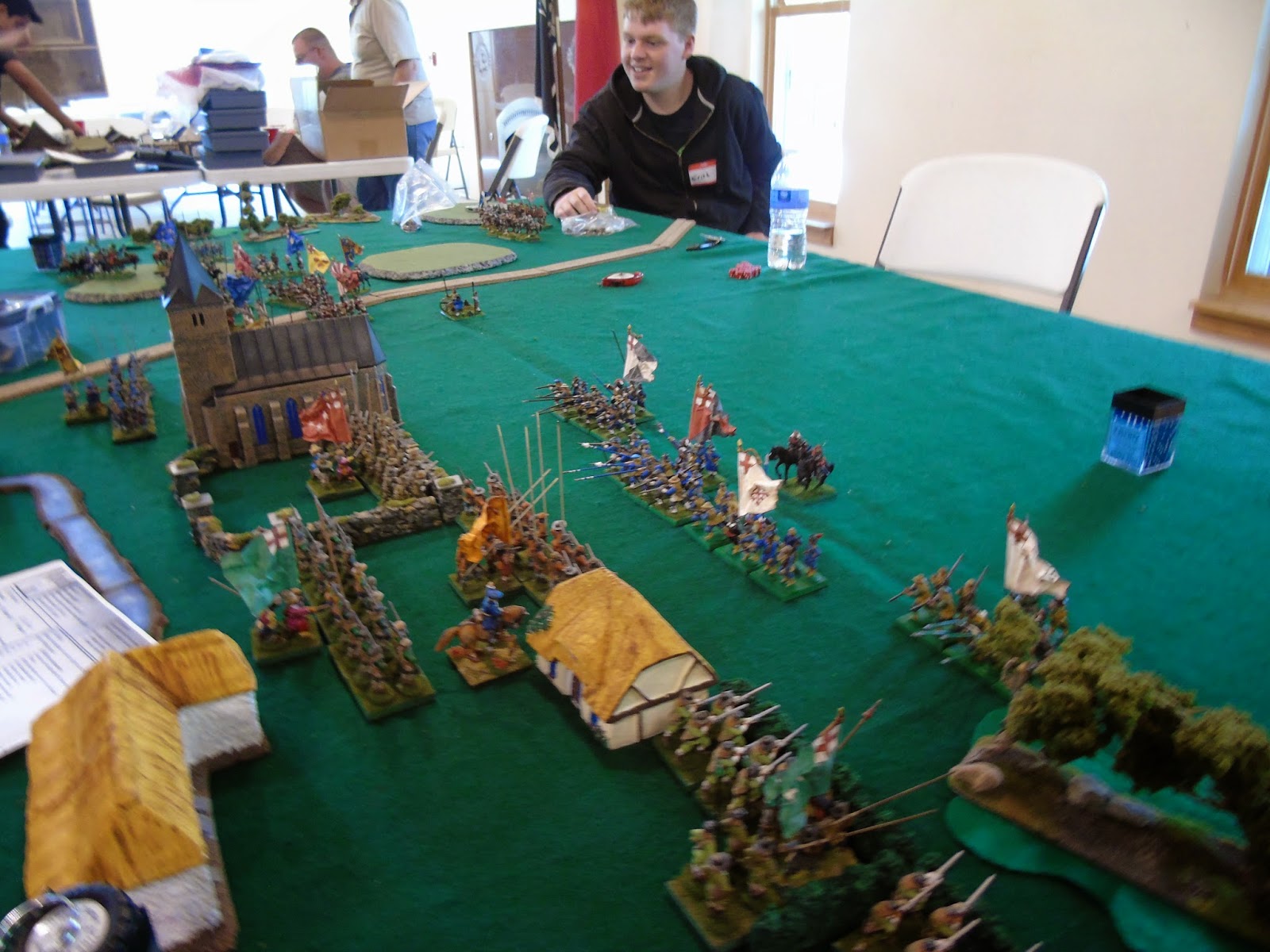 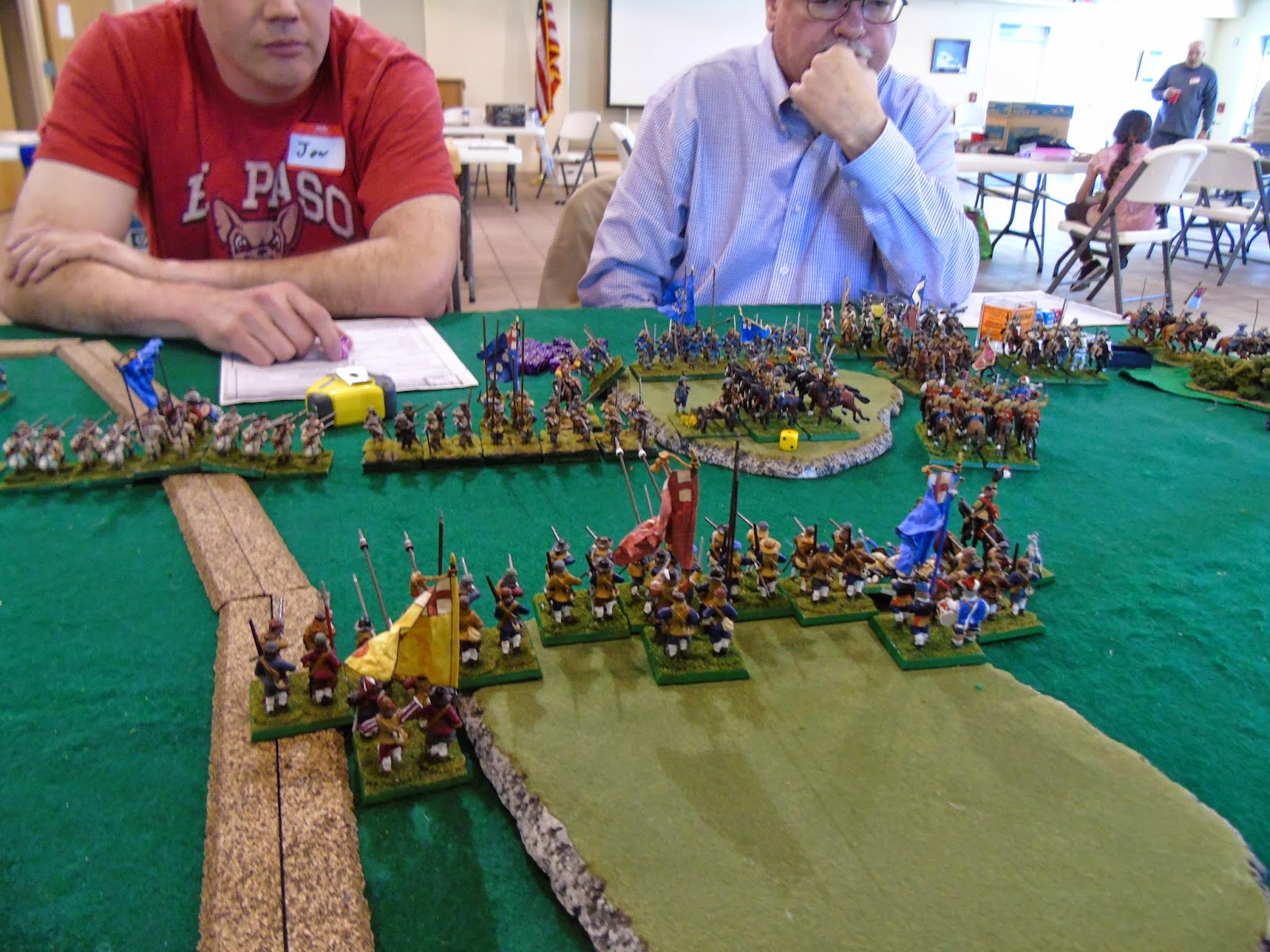 It was a great game and not just because my side won.

A cool looking game of Bolt Action being set up. 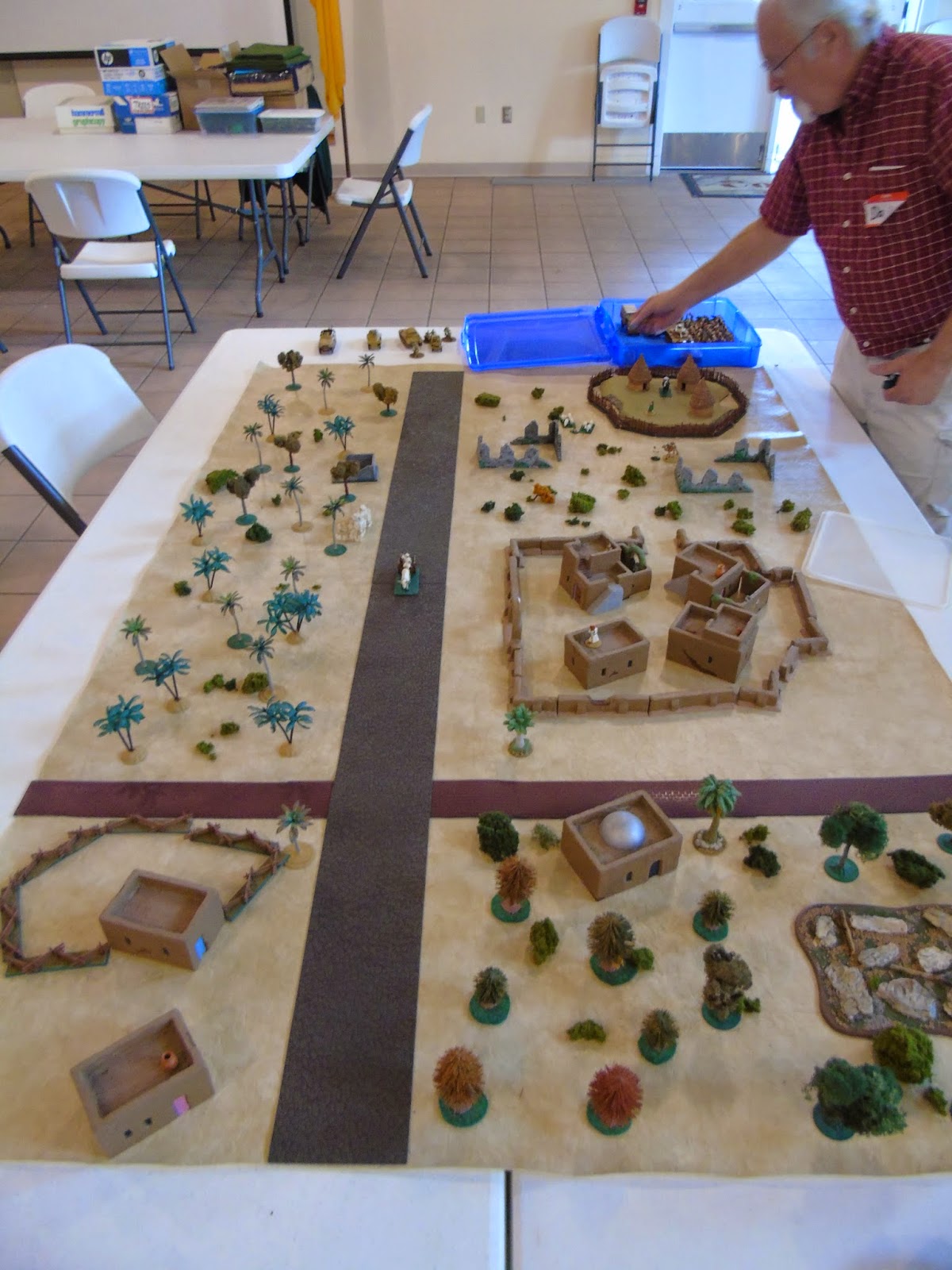 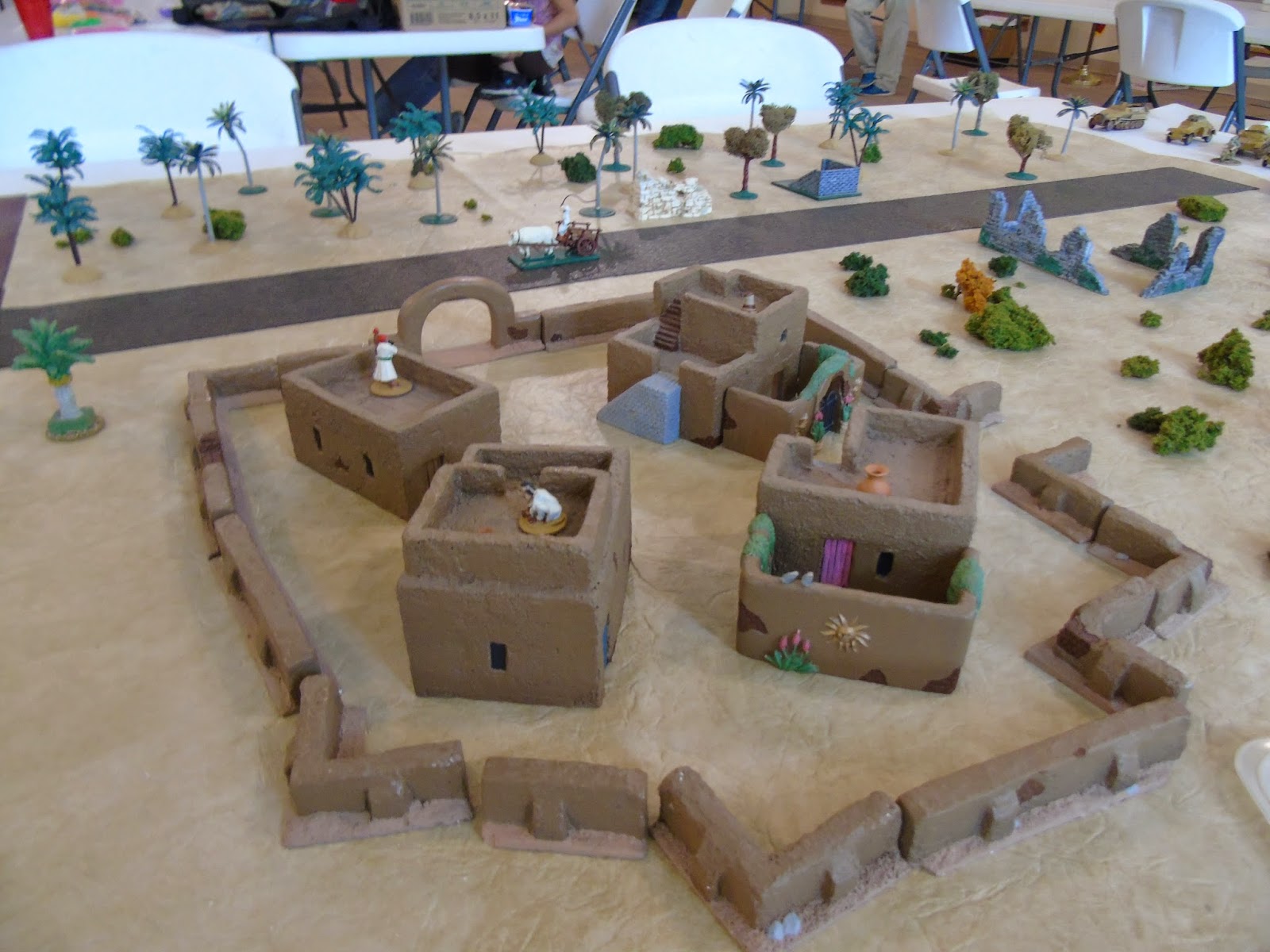 I have a trick for painting shields with the hole in the center.  GW's LotR minis, Black Tree Design minis, and others often have shield that mount on to nubs on the model.  I stick wires through a piece of paper into Styrofoam and slide the shield on to the wires. The paper is essential as spray paint melts the foam.  I prime, then spray and/or airbrush the primary color for the side of shield.  Once dry flip the shields over and repeat.  All you have left is the small details and you've only spent 20 seconds painting. 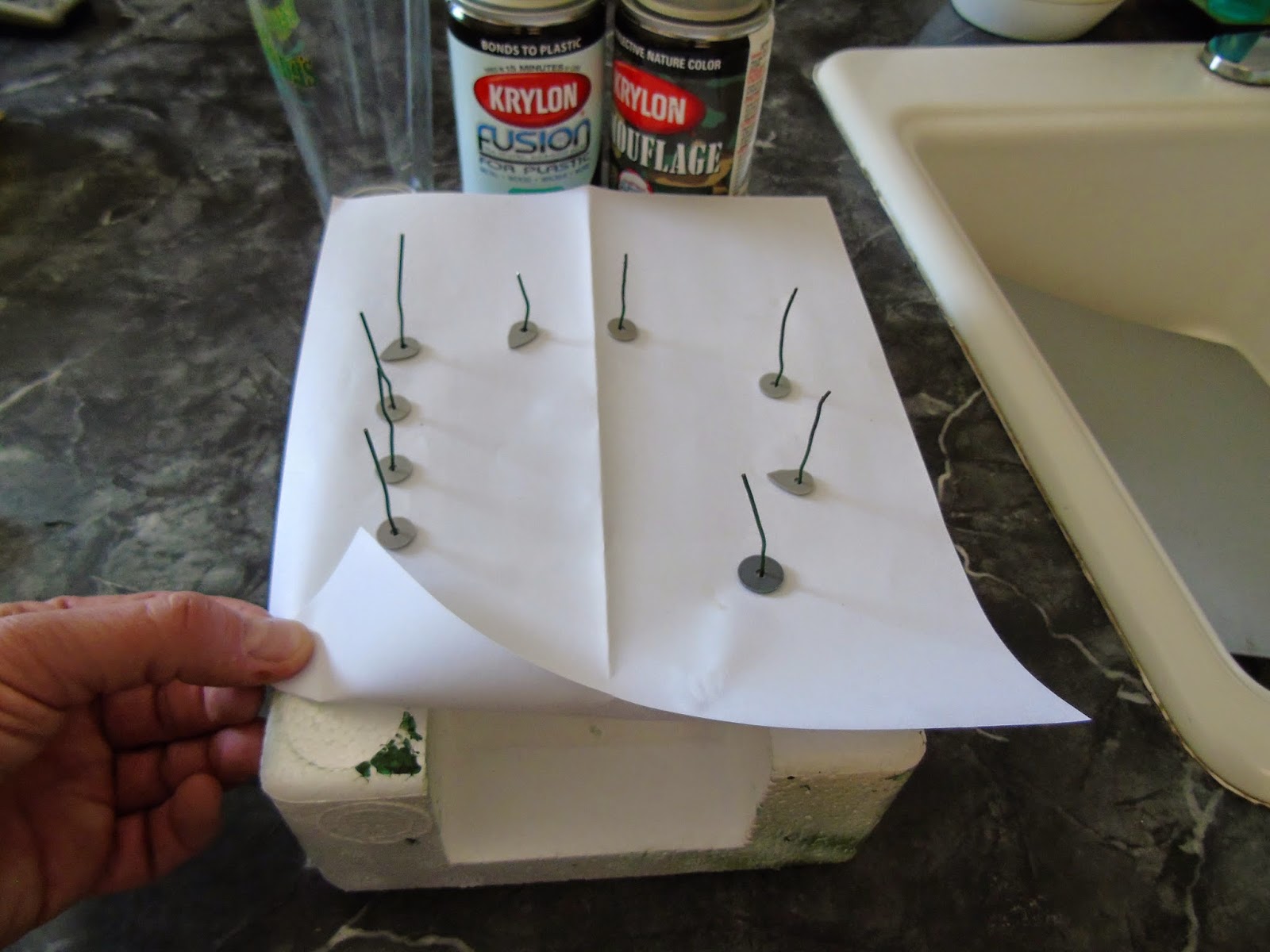 I captured the before mentioned Steve in miniature.  You can see him playing Warhammer 40K. 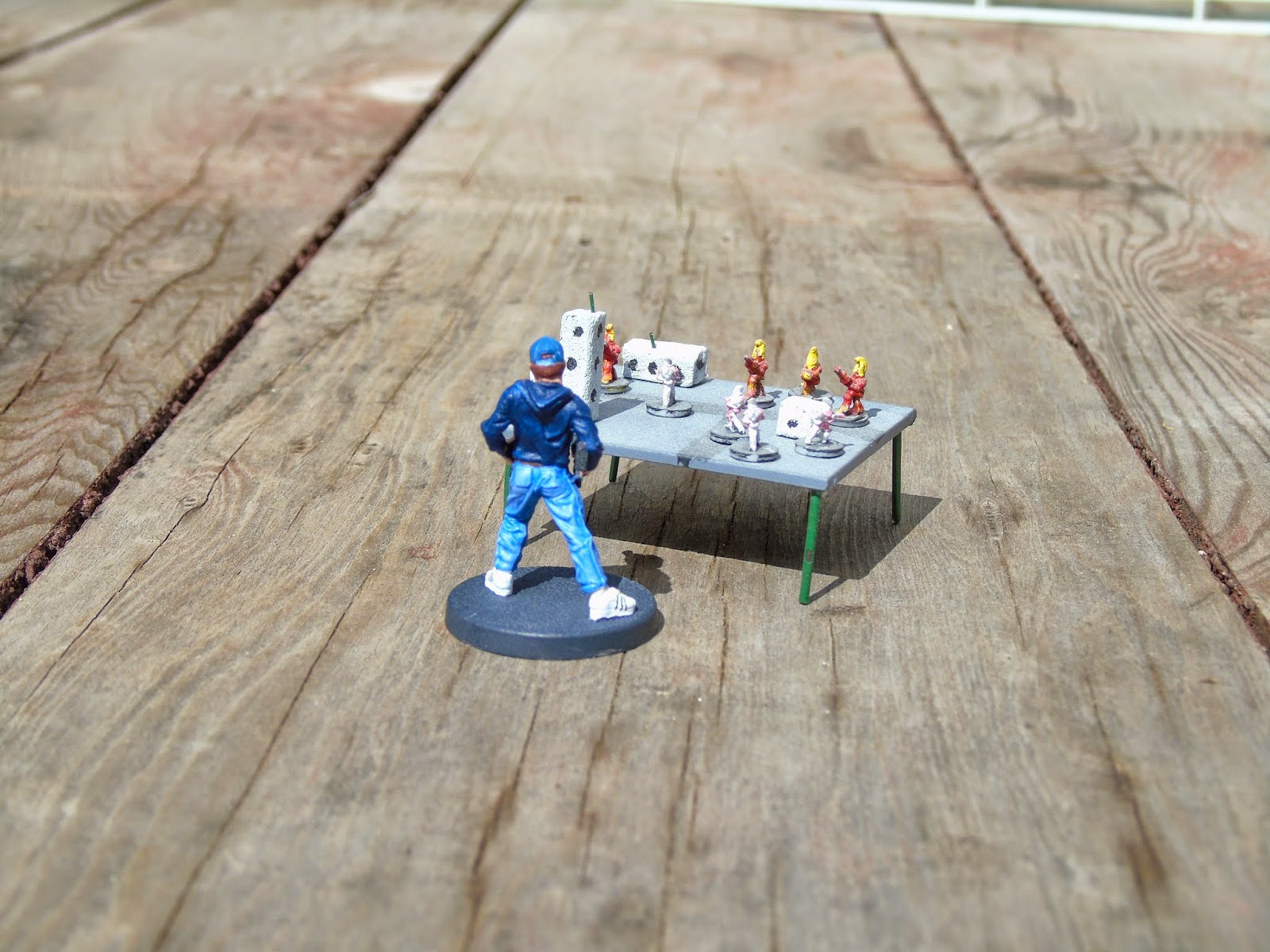 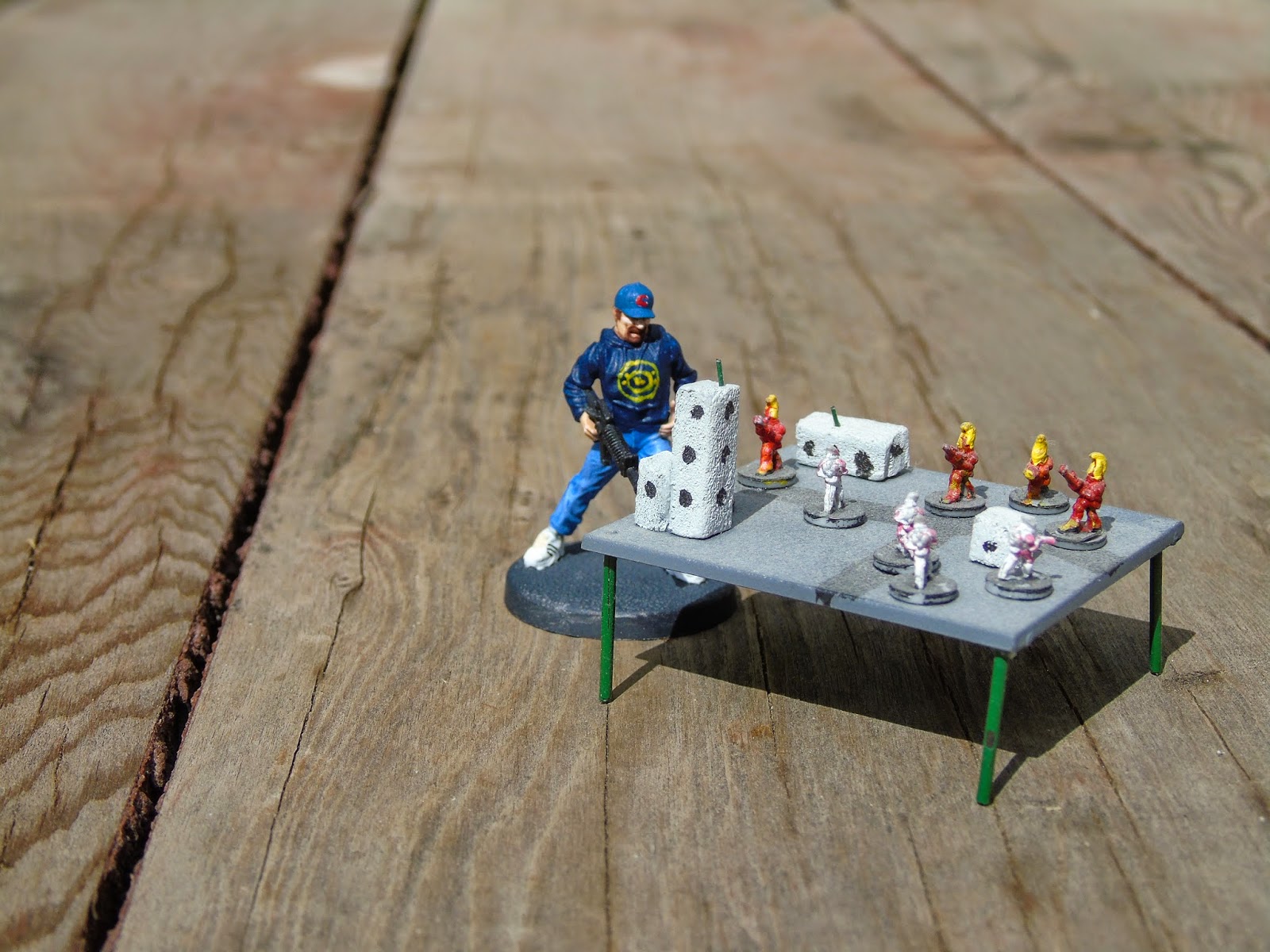 Till next time, when I'll have French Nappies, Rohan riders, Oldhammer Imperial Guard, and more!