The stupid Fallout 4 video game has slowed my blogging, but I have managed to get a number of models completed.   Due to poor weather, I've been painting what was laying around primed.  It's too wet to spray paint outside.


Of this post's 37 models (getting my total up to 502 for the year!), the first are five old Rogue Trader robots.  Yes, they are a boring red paintjob and not very Rogue Tradery.

The guy on the far right isn't really Rogue Trader, but a repurposed MechWarrior clicky base thing.  I'll be making more of these in the future.  I'll need to figure out a backpack gun thing for it.

I didn't need anymore, but they were primed.

Here are a couple Biblical era chaps.  I have no idea who made the big guy. 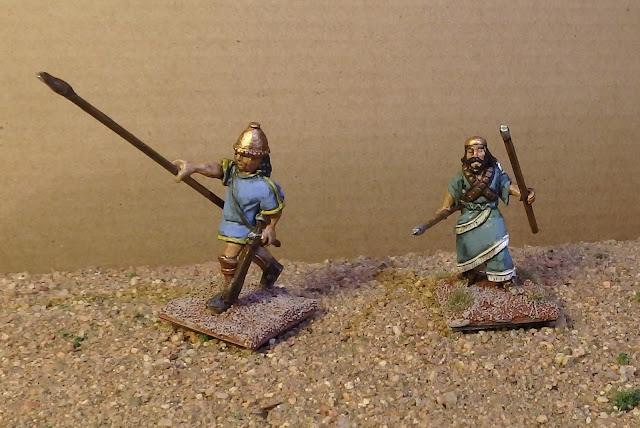 The little guy is a Ral Partha/Ironwinds Metal miniature. 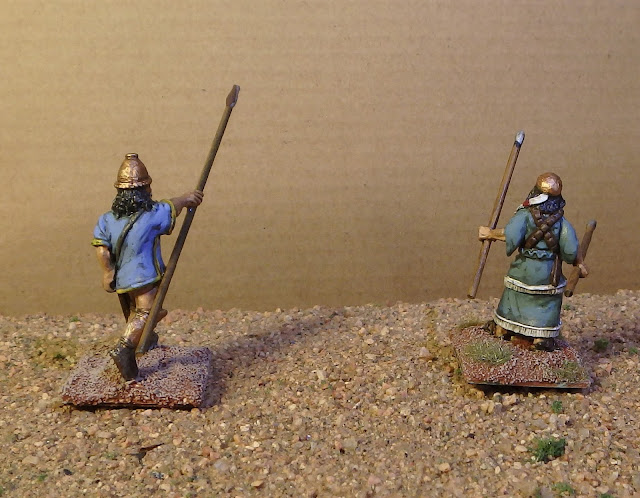 Here are five Victory Force zombies.  The guy in the middle looks a bit like Donald Trump. 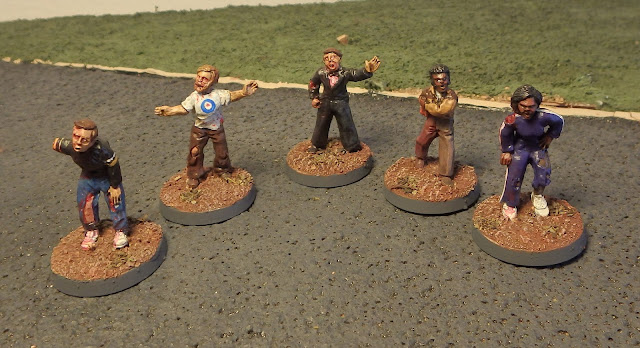 The guy on the left was a Pittsburgh Steelers fan. 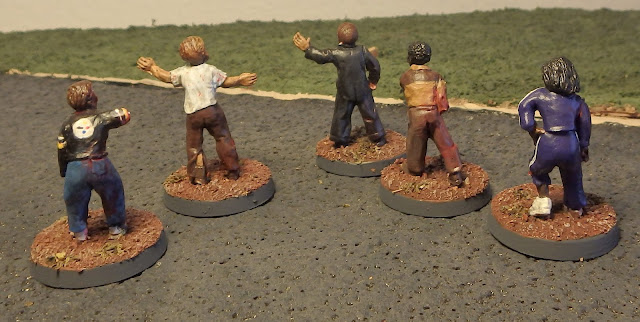 Here's a cyborg (made out of a Battletech bottom and a Bloodbowl ripoff model) and a clockwork robot, from Reaper. 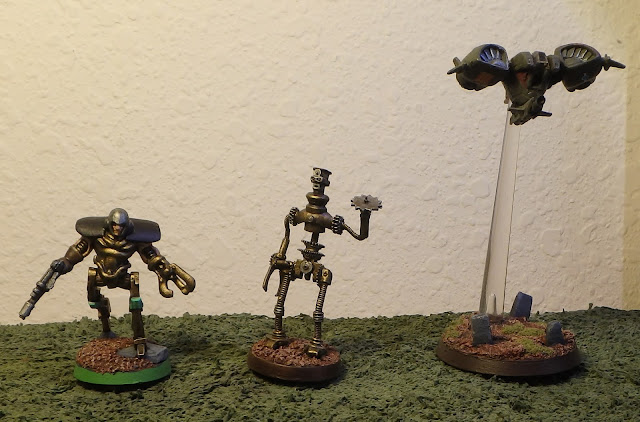 I only rebased this flying thing, the sweat shop factory paint job was good enough.  It might make a good sci-fi 28mm scale drone. 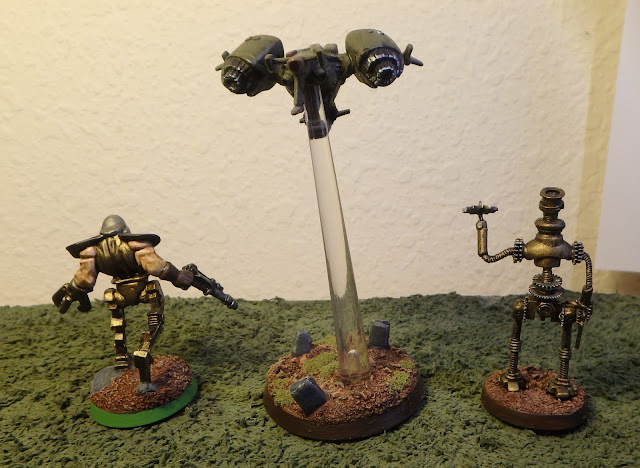 It's nice that we have so many new plastic options in today's Golden Age of Miniatures.  Row upon row of the same exact pose seems very dull, in comparison.

I used craft store Liquitex Iridescent acrylic medium to try and make the wings shiny, like a bugs. 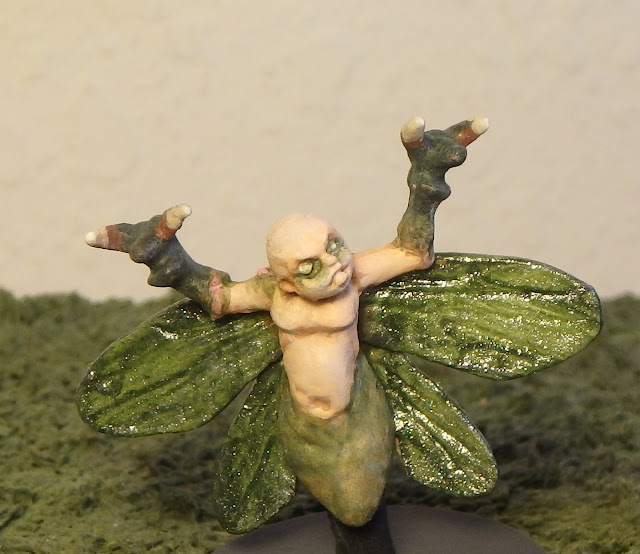 Here's a weird skull thing and a dead Games Workshop goblin, squished by a metal ball.  The skull thing might be a coffin lid or perhaps a door I wouldn't open. 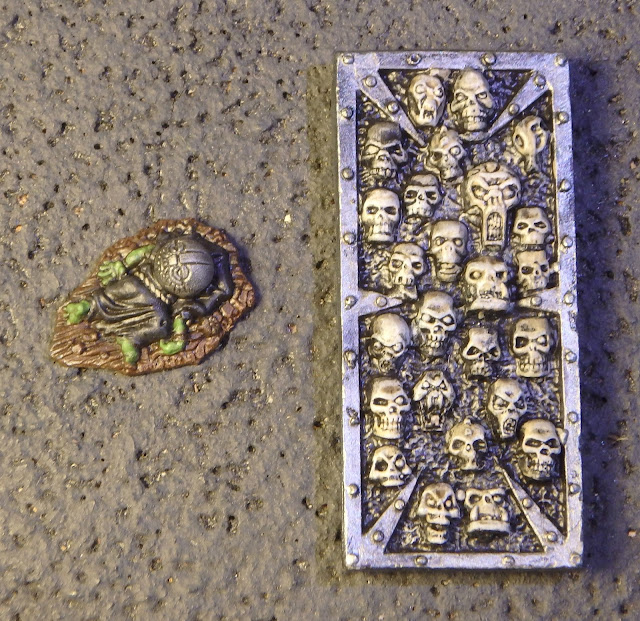 Here is a GW Bretonian trebuchet crew; I still need to find and paint my trebuchet.

Trebuchet duty must have been less than desirable.  These guys are ugly dirty wretches.  The one on the far right even appears leprous or to be suffering from a severe pox.

Here is a Reaper Shoggoth. 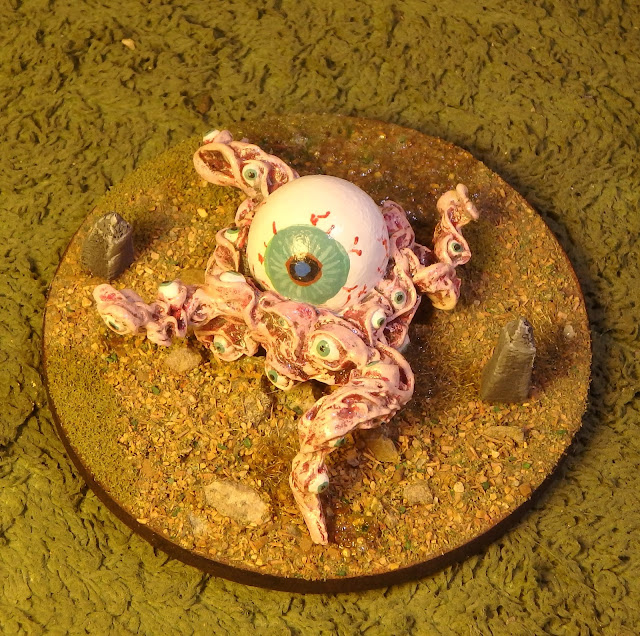 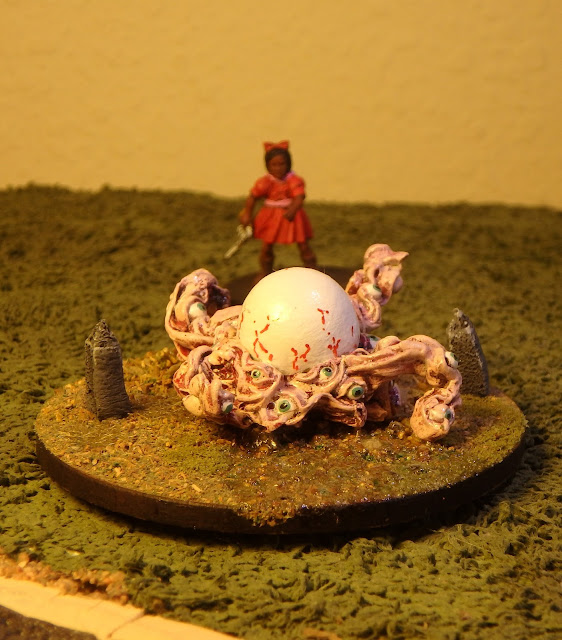 I "finished" or at least quit working on this terrain piece for Darkest Africa or other colonial games. 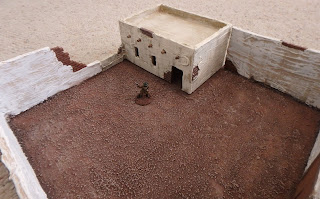 If the game calls for pointlessly high walls and poorly painted double doors with no handles, then this piece is perfect!

The little building is removable and I plan to someday make little rubble walls to fill it's place. 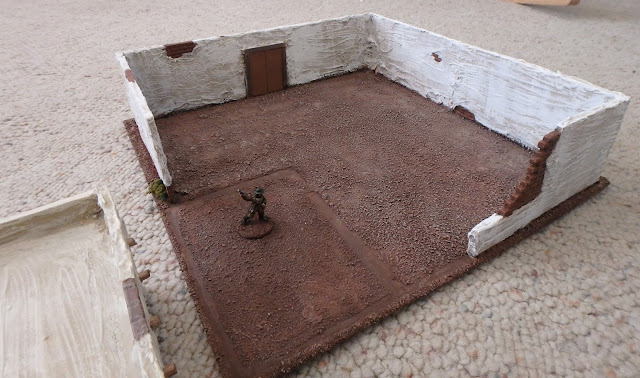 I forgot to take pictures of the little terrain accessories I made.

Till next time, loved ones, when I may have a couple dogs, a priest, a half paper tank, and some random 40K stuff.

Love and Kisses,
Baconfat
Posted by Baconfat at 10:20 AM 14 comments: