Battle in the Bosque, Zombie Vixens, and Some Other Stuff


I've got internet again so I should be blogging more often, as blogging from the public library/homeless shelter is inconvienent. I've posted some sloppy pictures of the Battle in Bosque Convention, followed by pictures of some of things I've been painting,.


Here's a group shot of a bunch of gamers doing things. Very few of them made it out alive in the All Things Zombie game a friend Buc and I put on. Our table was a recreation of the convention and Albuquerque Garden Center. 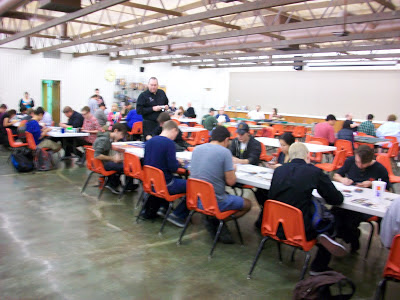 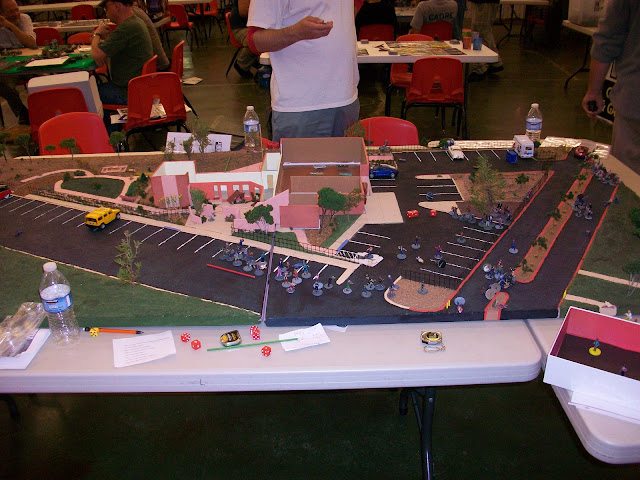 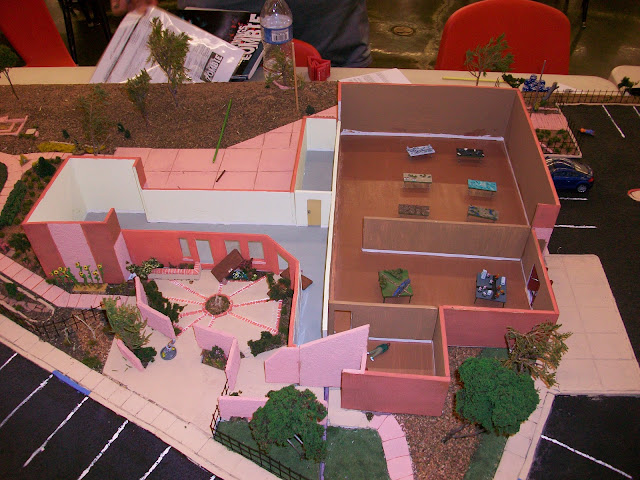 zombies feasting on an unlucky player 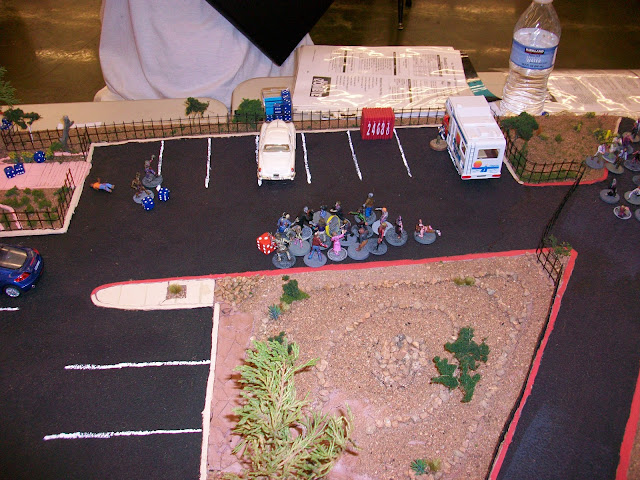 zombies attracted by a car alarm

someone escapes in a red car 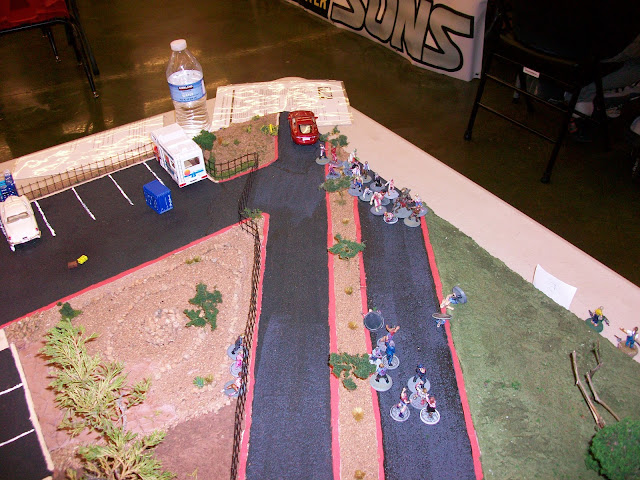 Here's a small scene of a real fun game put on by Buc called 7TV. Gangs, spys, and cultists all try to overcome body guards and kidnap a foreign diplomat's daughter. My camera was set on stupid and this the only real good pic. 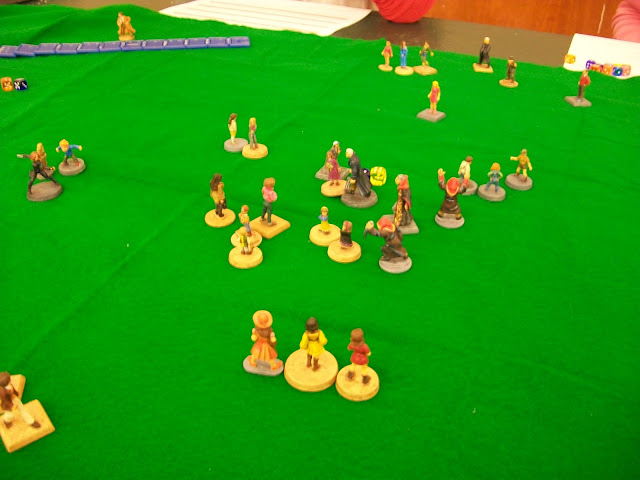 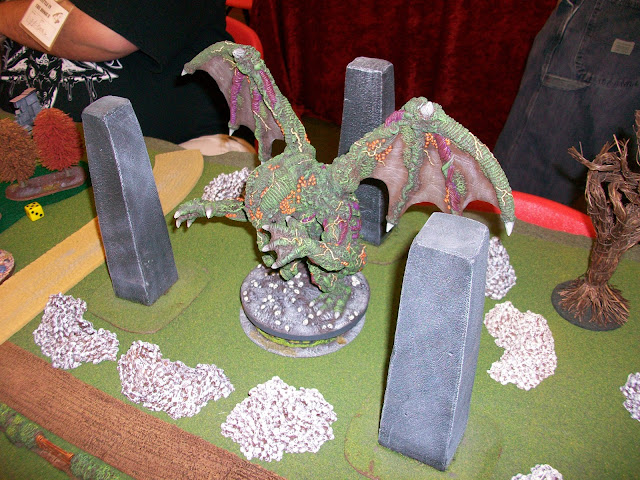 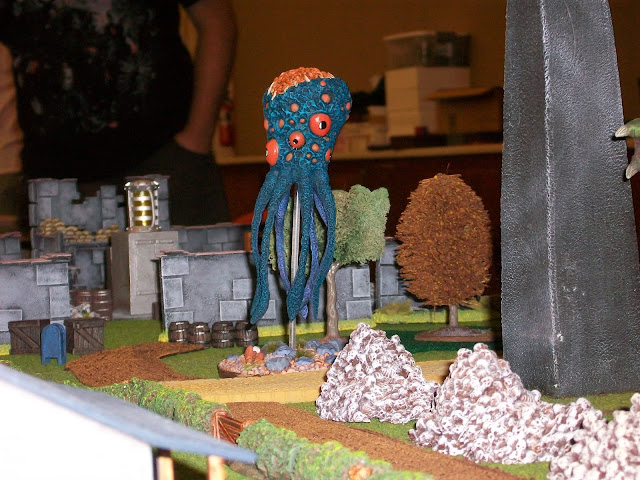 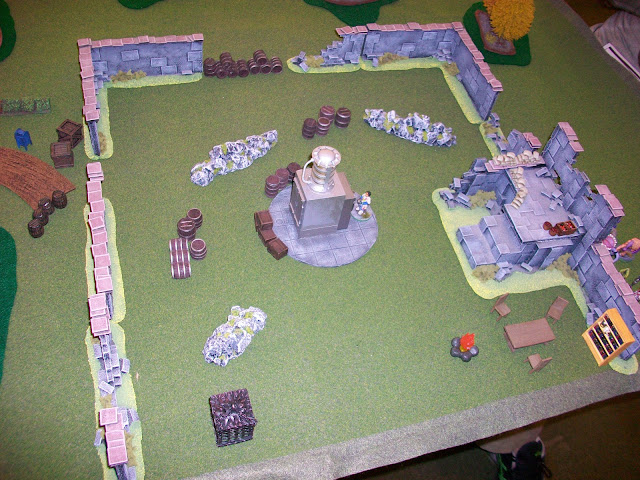 Here's a 15mm Franco-Prussian War battle, I wasn't able to play in. 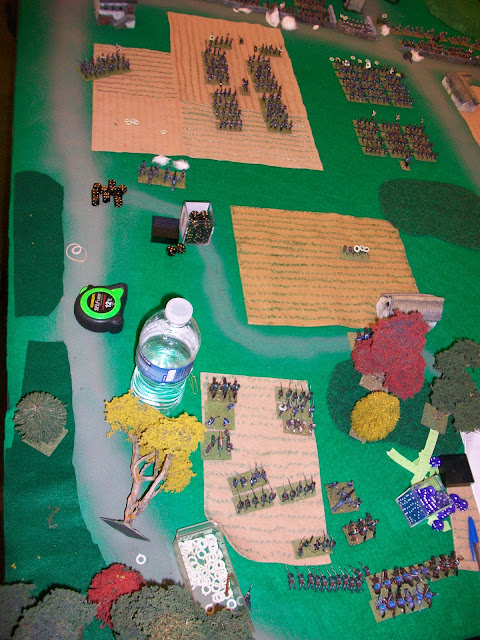 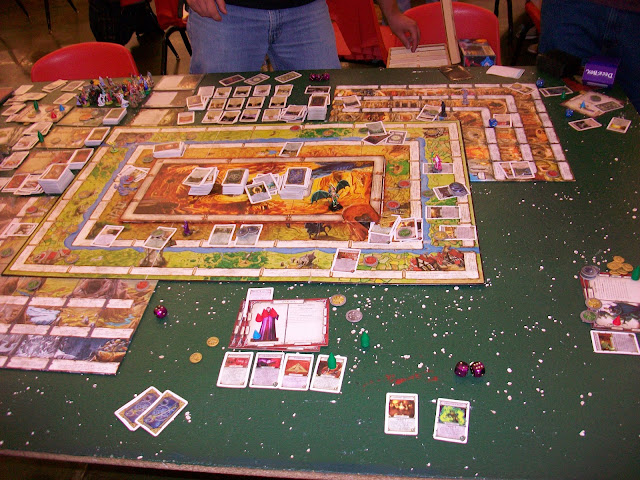 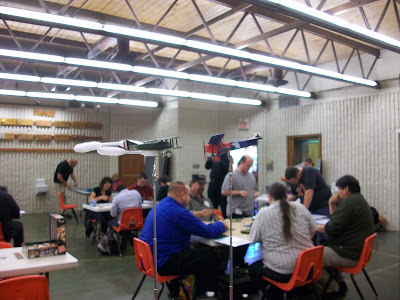 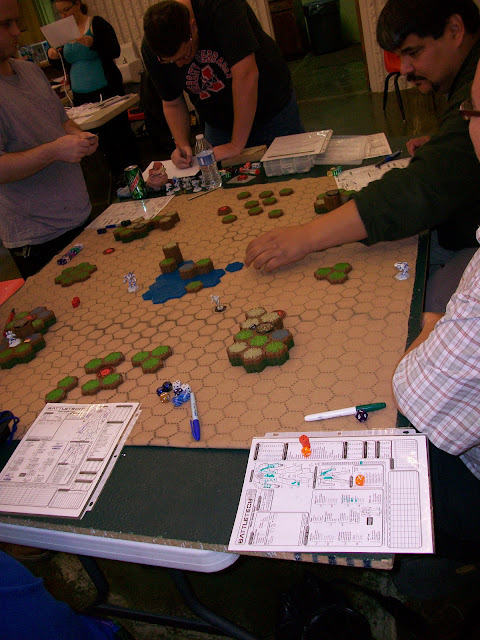 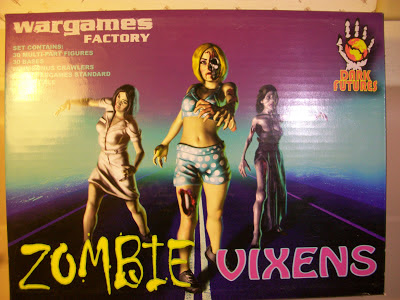 I was really impressed with the minis. The ladies balance on there tiny feet, so you don't have to hold them to the base while glue drys.


The box says you only get 30 zombies, but you really get 36. Each of the 3 sprues give you two crawling zombies that fail to mention. You only get 30 bases. 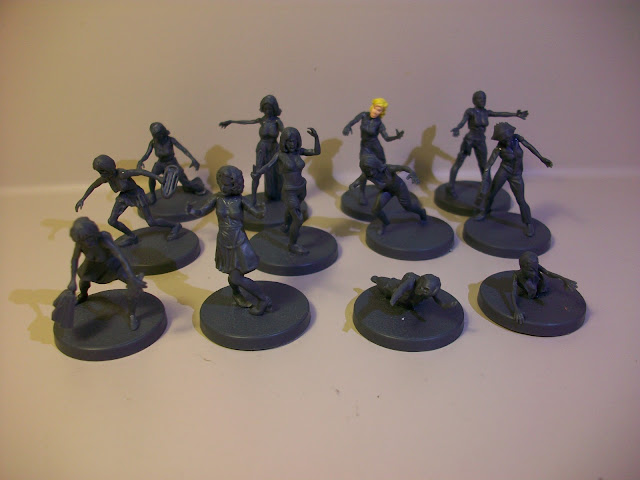 Here are the undead ladies compared to the old ugly WF male zombies.

Here are two zombies I made out of Victrix, GW, and other bits, with a little green stuff for guts. 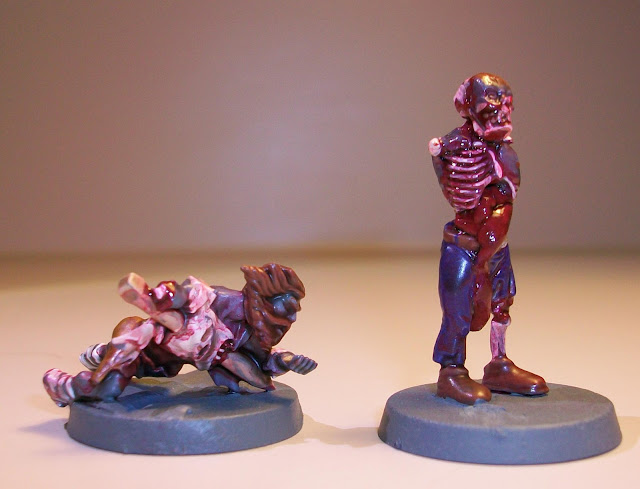 I found some Reaper Cub Scouts. I painted two up as zeds. Below left to right you can see them compared to a RAFM kid zombie and an Old Glory kindernacht. 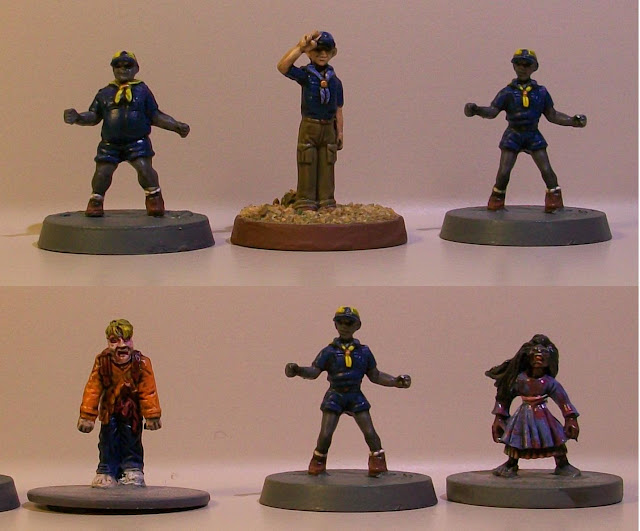 Here's another little table I made using sytrofoam and some GW Epic minis I found in Active Imaginations bit box. The civilian is a Reaper mini. 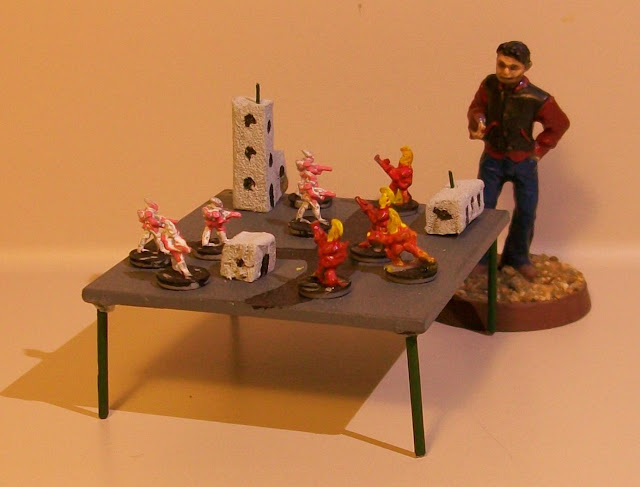 Here are a few Victory Force zombies with their bases cut off. VF zombies made great dead people because their poses are somewhat static, as they're really shamblers and not ragers. 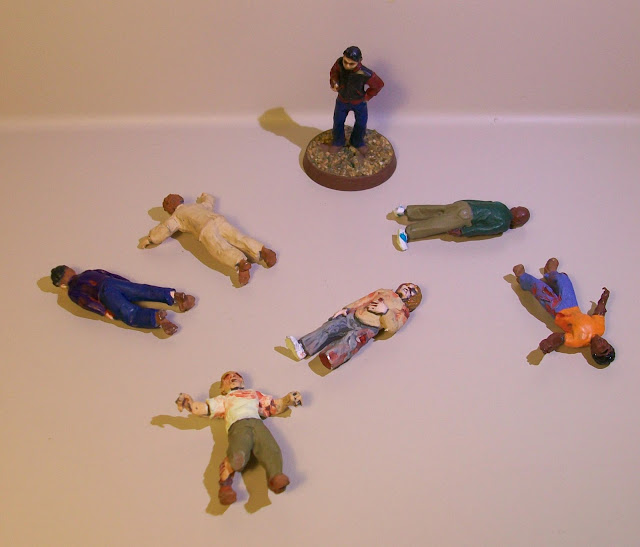 Here's a few random models: two nuns with guns (no clue who made them), a GW Imperial mortarman, and what I believe is a GW Imperial Guard Griffin crewman.

Lastly are a few Perry plastic Prussian Jaegers, that I've finally finished. I had lost an arm off of each them and had to replace them with bits from Victrix Austrian landwehr. Now I have a full 12 member unit for skirmishing, either Sharpes or Songs of Drums and Shakos. 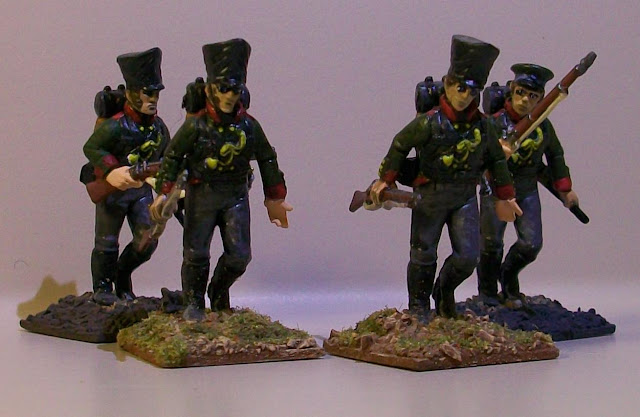 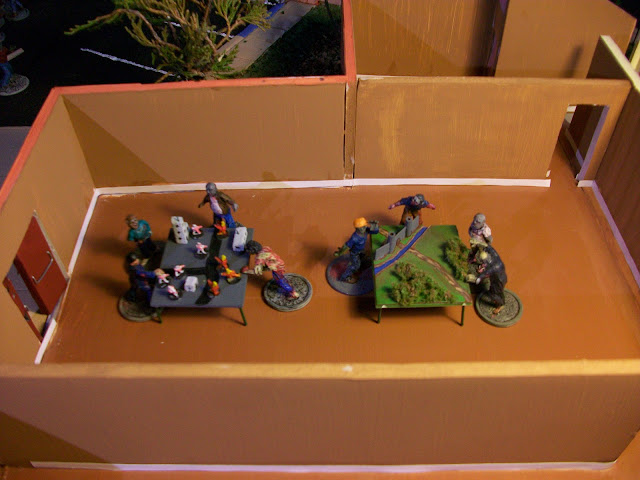