Today I've finished a unit of Prussian Musketeers.  They're base on 20mm x 40mm metal bases, because that's what I had on hand.

The plastic Perry Prussians are a great deal.  I had bought two boxes and the Perry metal Fusilier conversion kit.  This enabled me to create three 24-man units (Musketeers, Fusiliers, third painted as Freikorps) and a twelve man unit of Jagers.  There's still twelve models left to paint; I may give them green stuff mustaches and call them Grenadiers.


Here's a RAFM investigator, what I believe is a Reaper model that appears to be Maria from the 1927 Metropolis film, and a fat guy with a sword.  I can't remember the guy's manufacturer, but I believe Megaminis now sell him.  I think he's a baggage cart handler. 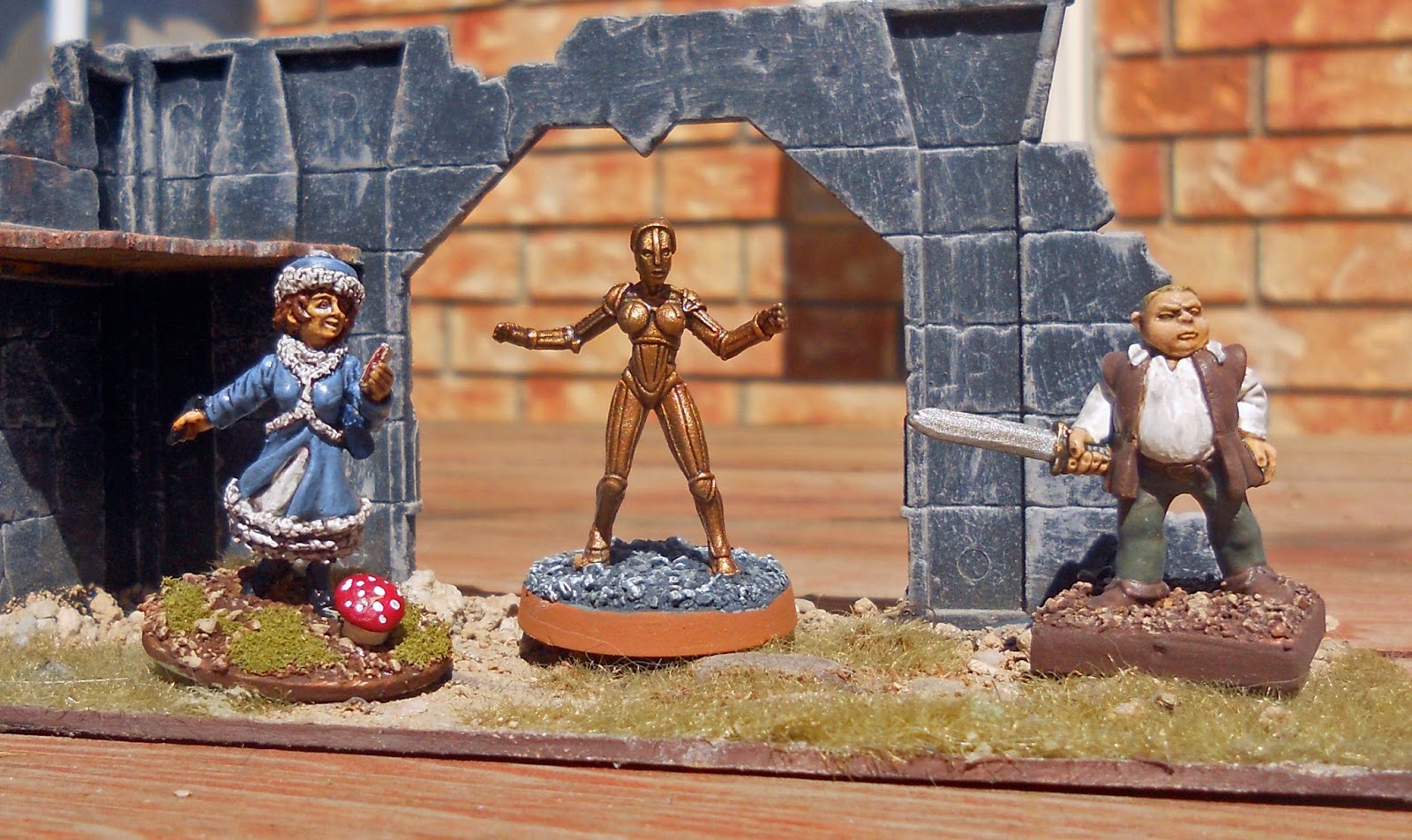 Look, some new couches and a chair.  Sculpted by my very own child slave labor. 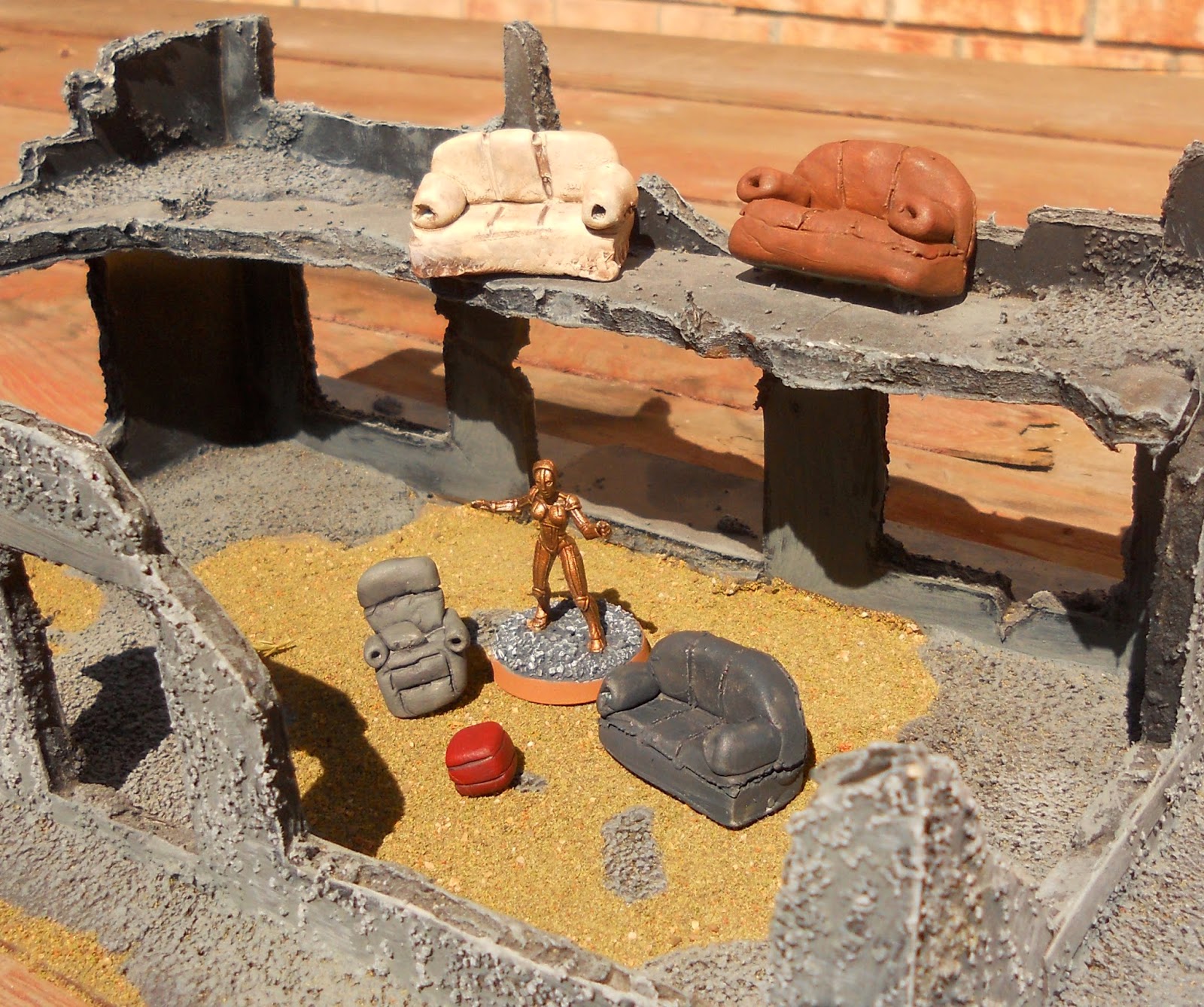 I've also managed to make a little progress on a rubble city table.  I threw some 40K toys on it for perspective.  I hope to finish it in time for an upcoming Gameday, perhaps using 5150 or FUBAR sci-fi rules.  40K wouldn't work on this table very well.  Those little Eldar models in the top of one of the buildings wouldn't be able to shoot anyone, as their weapons range won't reach the couple feet down to the ground. 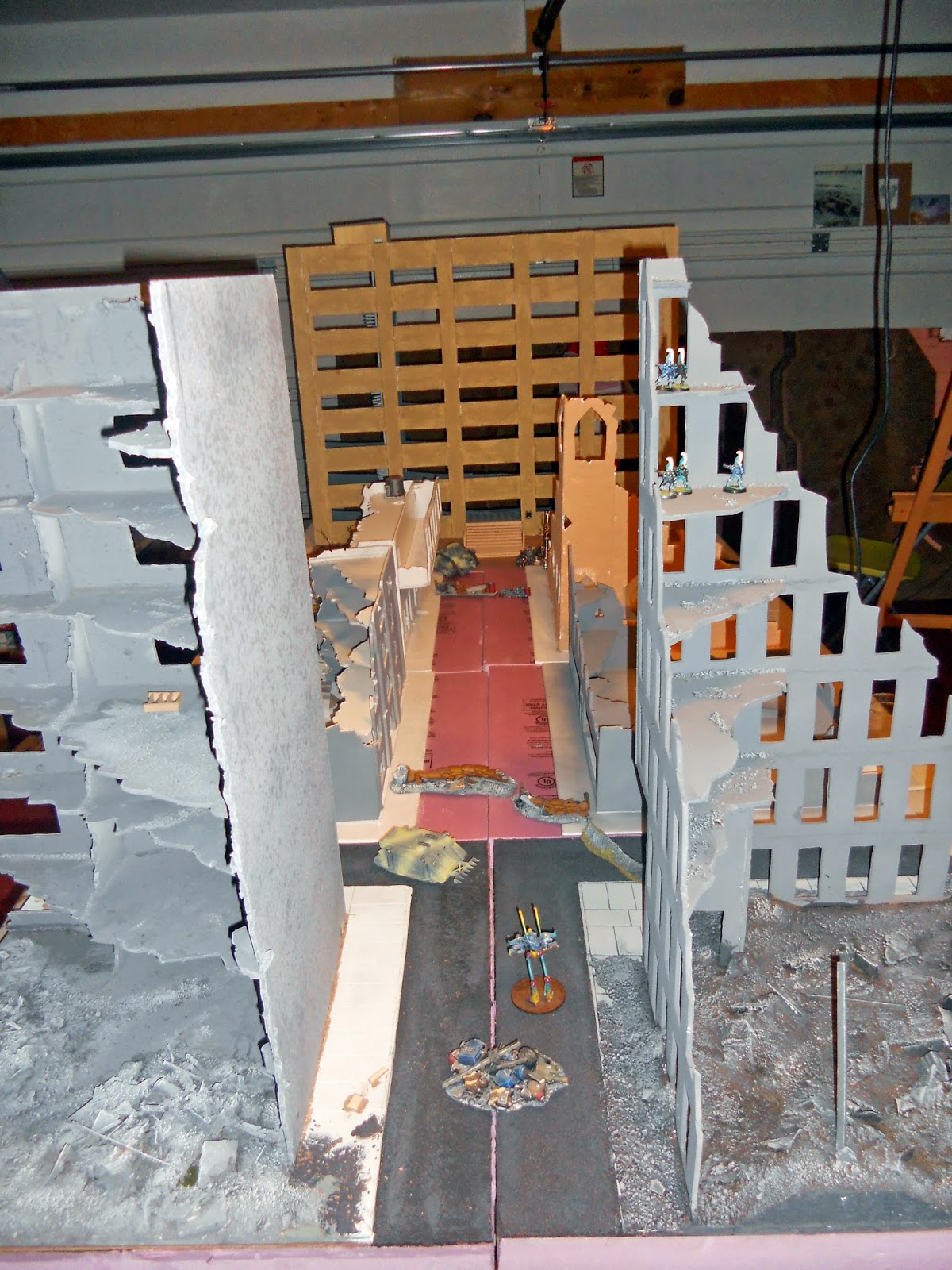 I hit 50,000 hits this week, but the statistics tab said over 49,500 of them were accidental and immediately regretted.

Till next time, when I hope to have a pack of Space Marine Land Speeders for you.