First today are some Wargames Factory Survivors.  The multipart plastics allow you numerous options for personalizing your survivors.  Here's my attempt at recreating Jack Burton from Big Trouble in Little China, Jason Vorhees, Ash Williams from the original Evil Dead movies, and a poor attempt at Daryl Dixon from The Walking Dead.  They're part of my zombie fighting Dream Team!
Jack and Ash have stupid poses; I was trying to make them stand similar to their movie poster poses, but it just looks awkward.   I've made the Shaun of the Dead guys and new Evil Dead Mia character, just no paint yet.


Jason chopping up zombies and humans.  His mask obscures his vision making everyone look like a zombie. 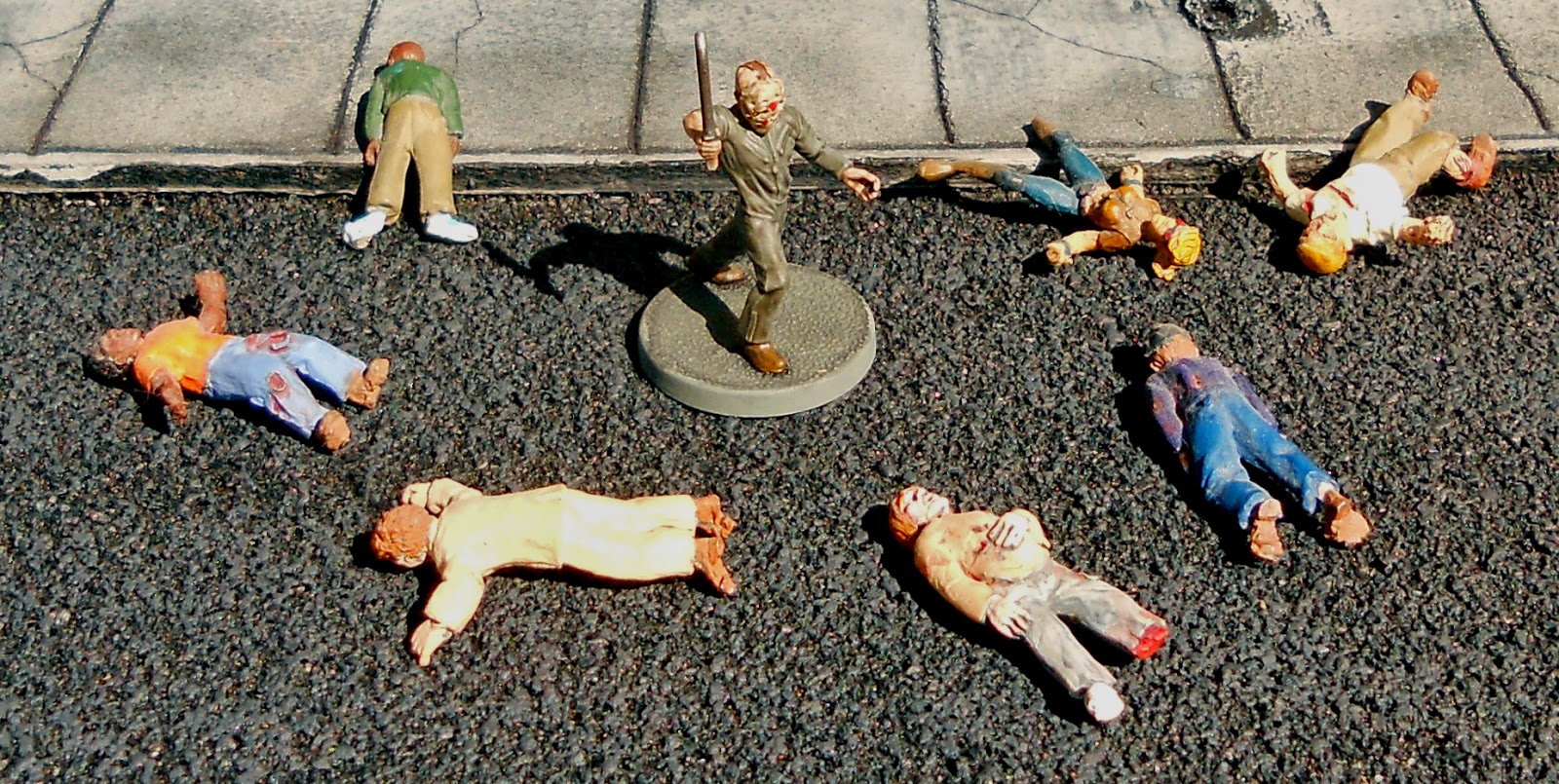 Here are a couple Reaper minis:  Max Decker Private Eye and Oddjob, a James Bond villian, who throws his hat around.     Oddjob's paintjob was destroyed by a varnish clouding disaster.  He really looks terrible, kind of like lead rot.

Here's a couple WW1 Germans;  the first two are Great War Games (I think) and the chap laying down with a cloudy varnish coat is Old Glory.  I'm pretending I meant to make him dusty looking.


A beat up oven and some garden gnomes.  The gnomes will be characters in the local Travelocity campaign games.


The delightful garden gnomes are Zombie Plague miniatures.  I think the evil genius Roebeast sculpts some of the best zombie miniatures available.  You can buy your own by going to his terrific blog "Roebeast's Magical House of Sunshine"  http://roebeast.blogspot.com/

Lastly, I've finished another 24" x 24" piece of urban rubble.  I'm trying to create a 10' x 4' table by October, for the Battle in the Bosque convention.   More details will be added if I get the remaining half of the table done this far. 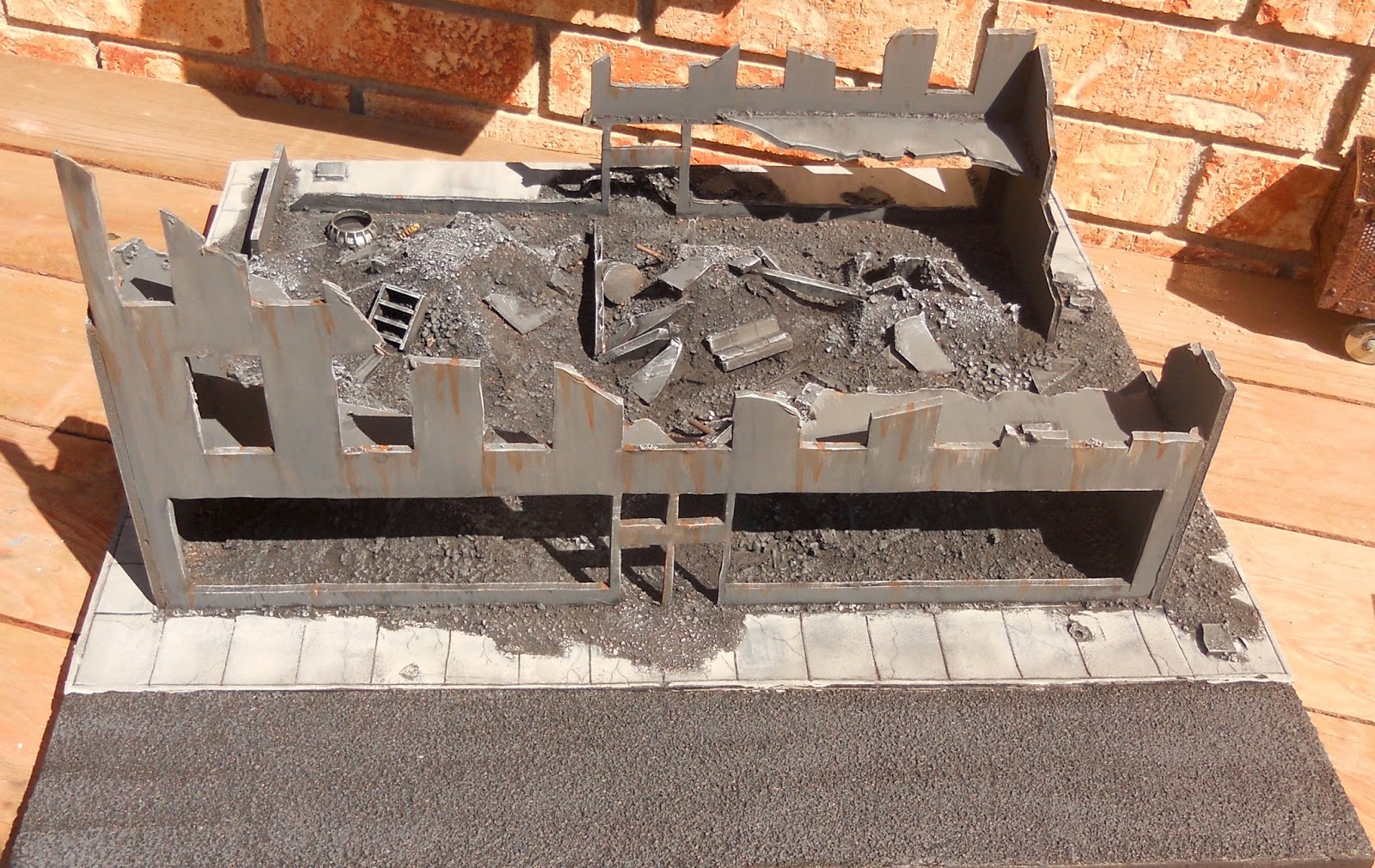 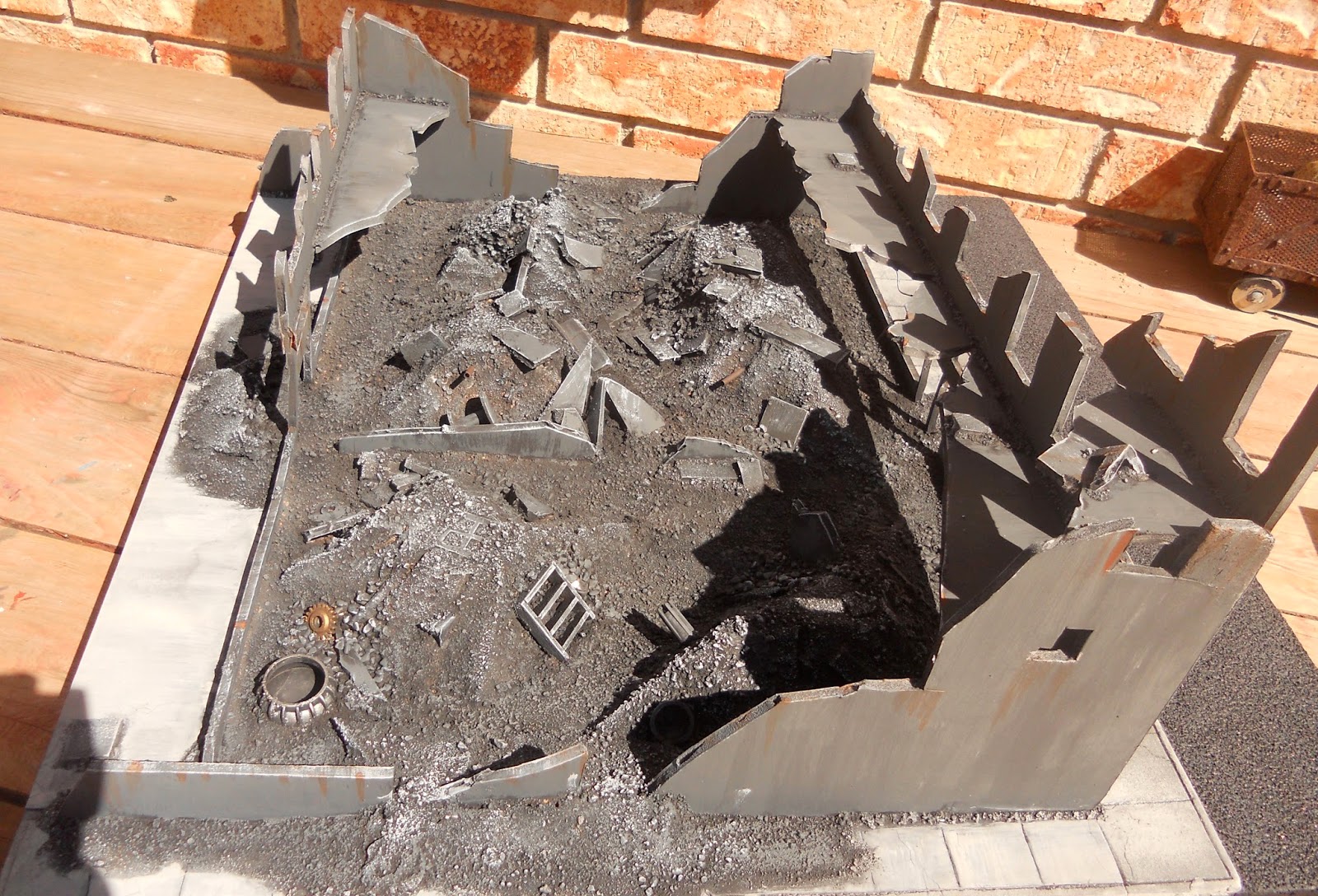 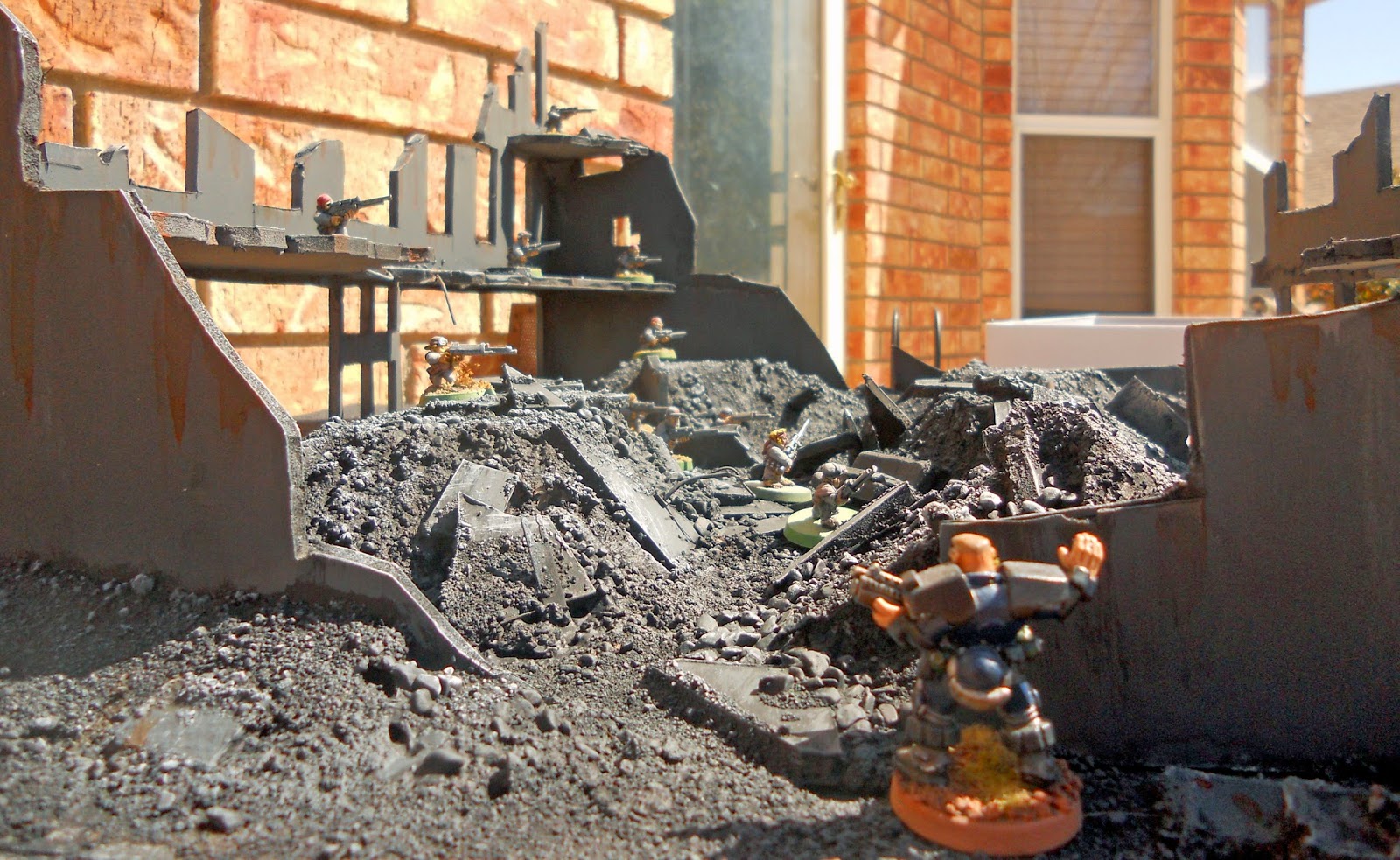 Till next time, when I should have some Grenadier halberdiers done.

Love Baconfat
Posted by Baconfat at 11:00 AM