French Fusiliers and a In the Heart of Africa Game

I haven't posted in nearly a month, but I promise to post more often.  I was busy though.  I finished a 20 man group of French fusiliers for Sharp Practice games.  They're a mix of Perry plastics and Front Rank metals.

Here they are standing in a block. 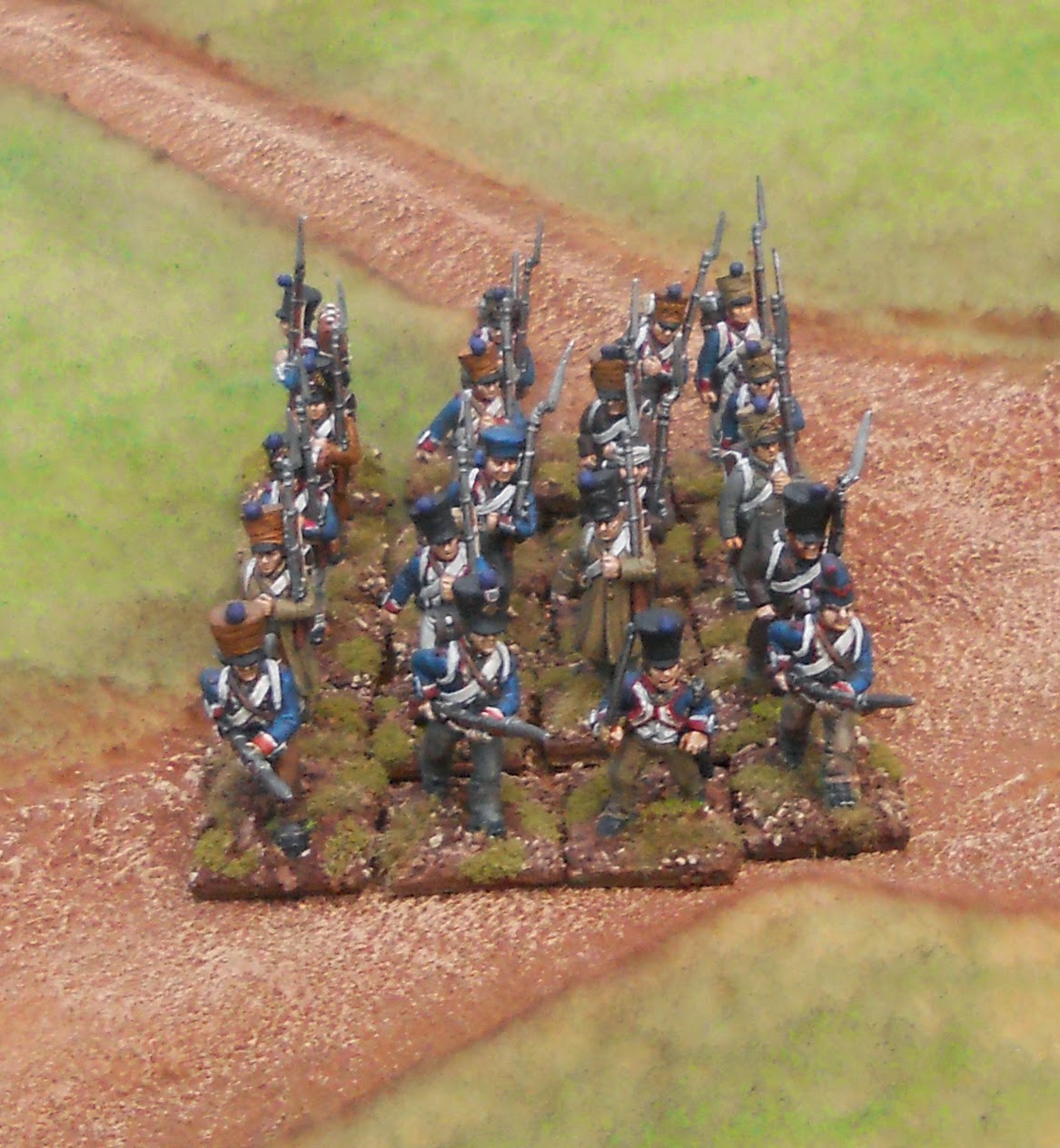 Here they are going the wrong direction.

These are some of the Perry plastics.

Perry plastics in great coats.  I'll be painting more of these in the future, super quick with no uniform details. 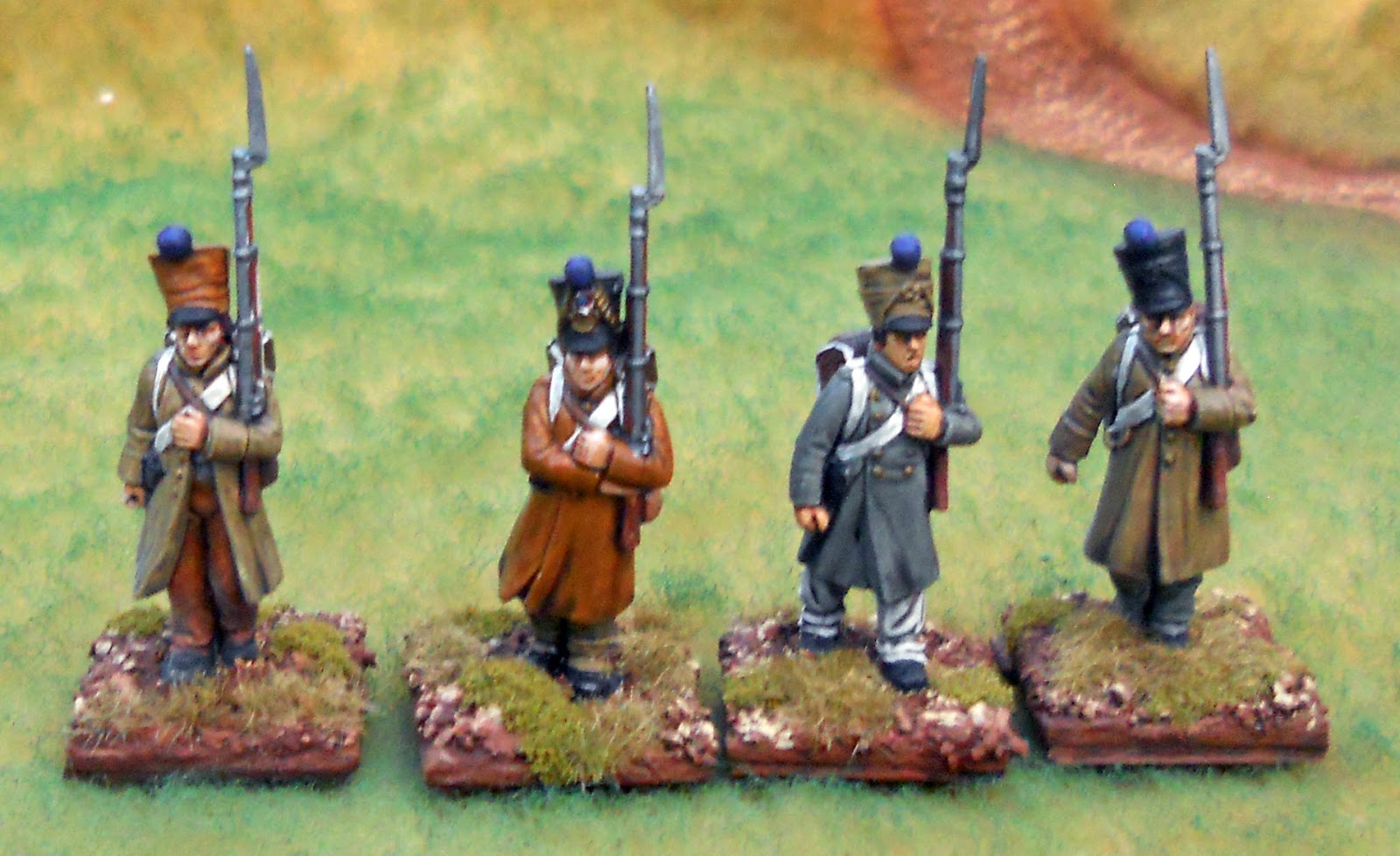 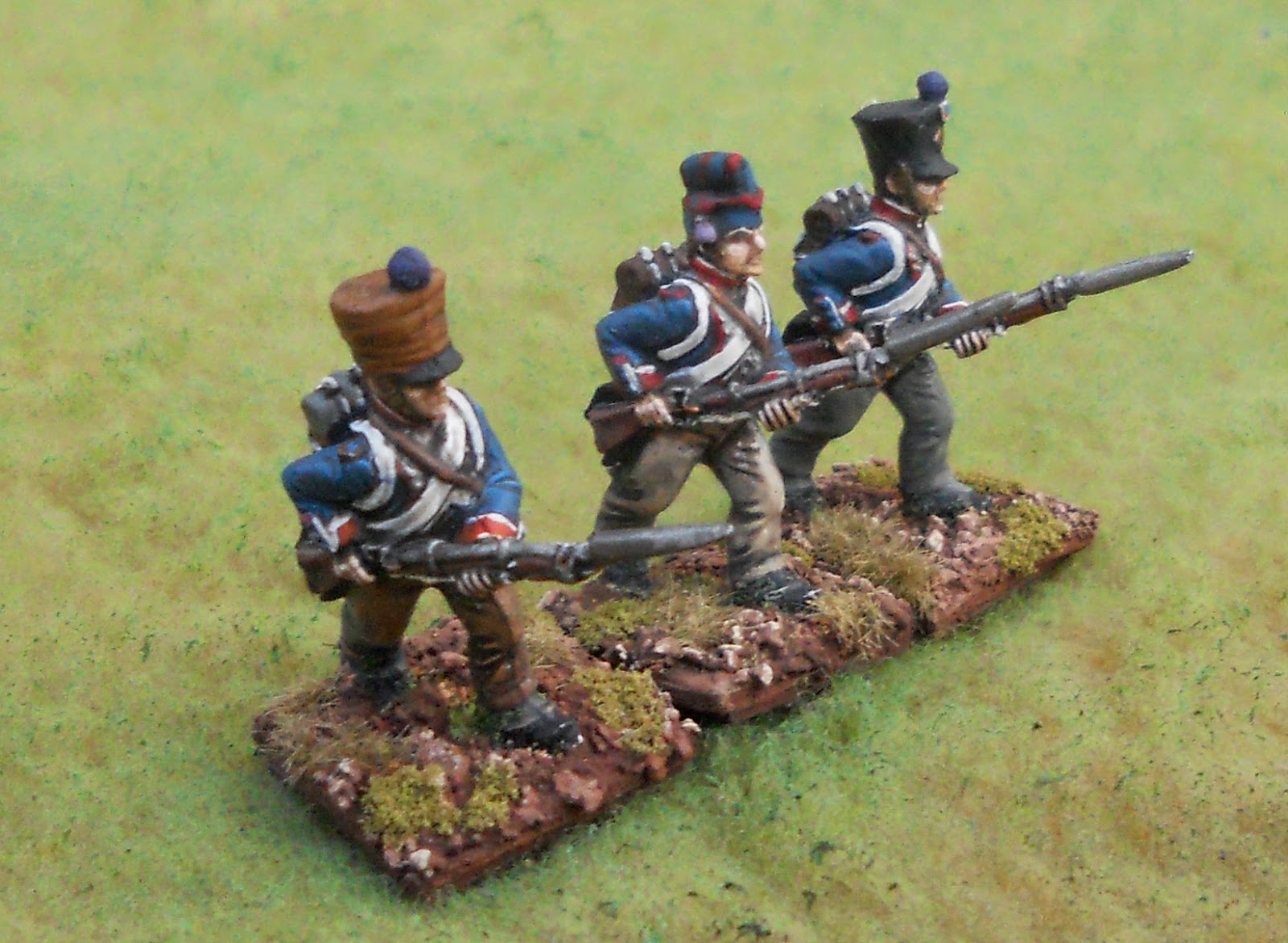 Here's some Front Rank guys in the marching pose. 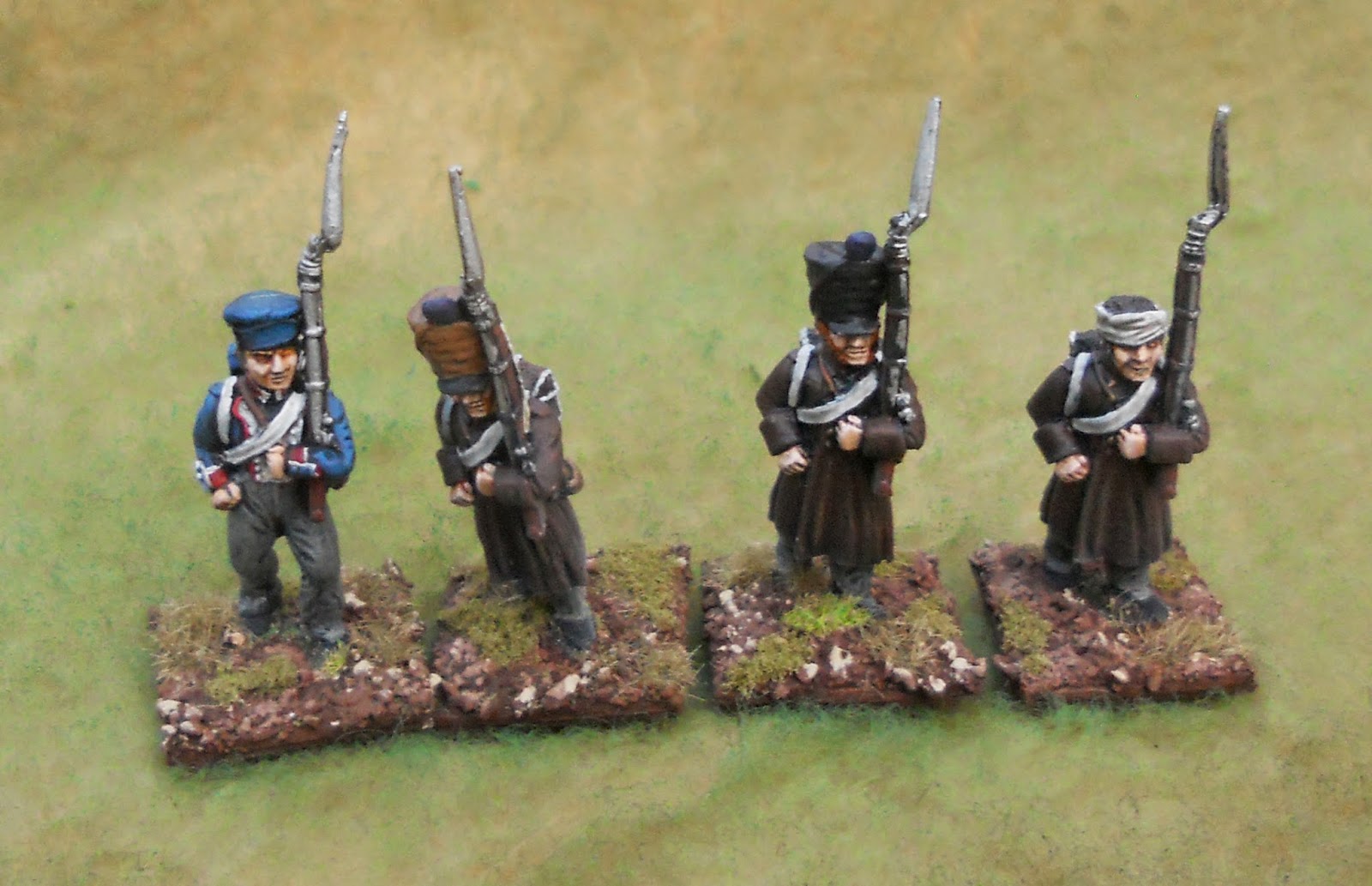 I gave them a Foundry officer.  He's a little shorter than the rest of them.  I'll call him Aalis, which is short for Adelais. 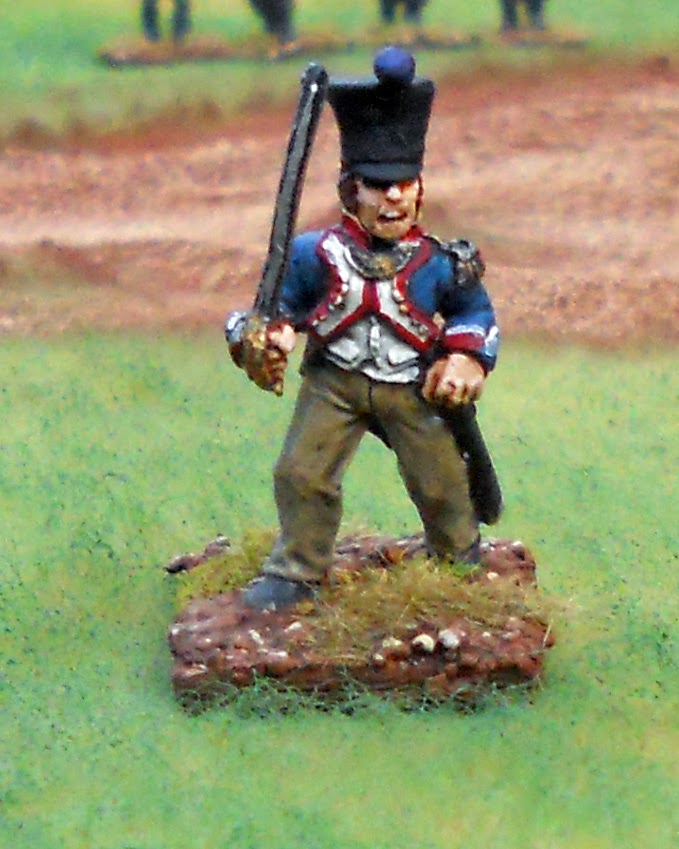 I painted one Grenadier too; he's Front Rank too, I think. 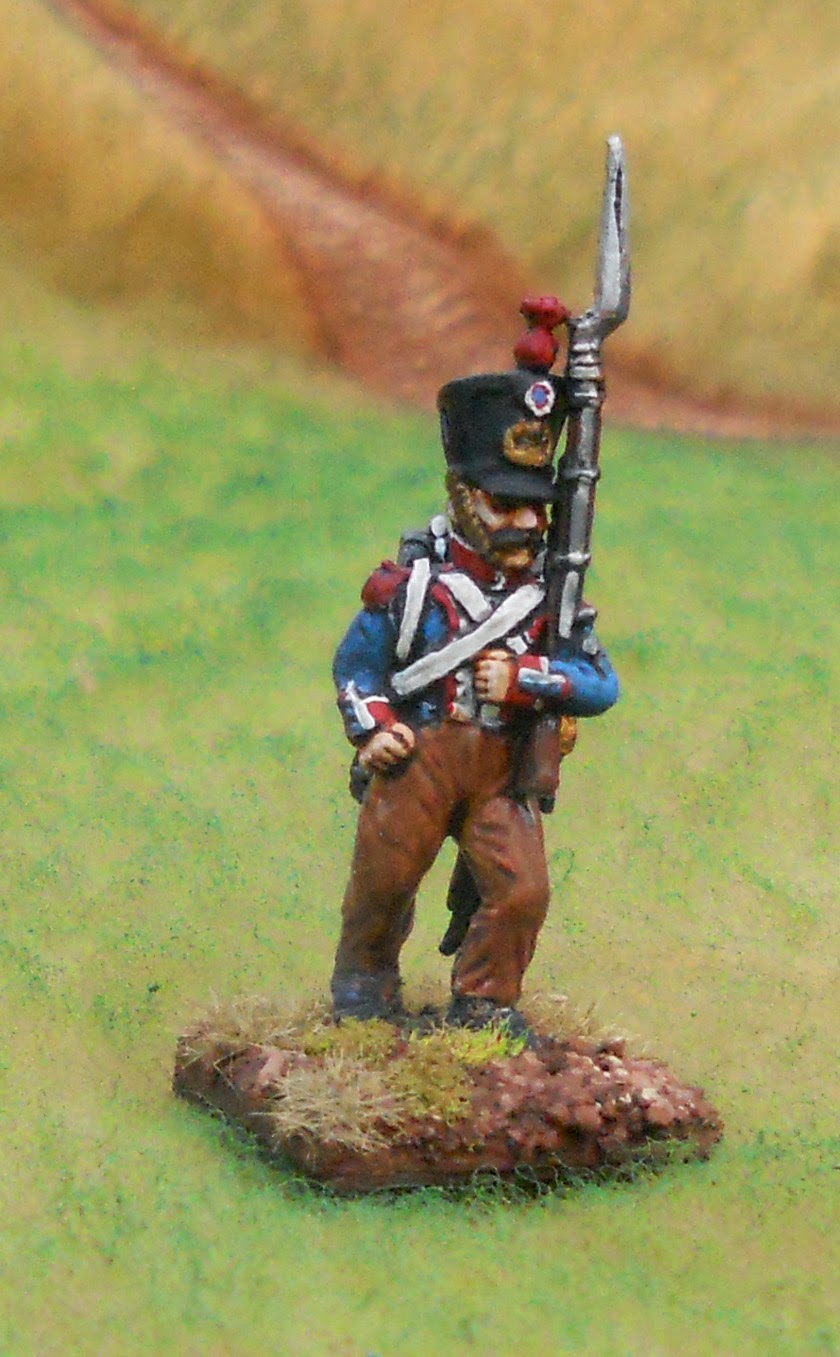 I did play a game of In the Heart of Africa, put on by our great game umpire Dave.  I controlled the Colonials versus a bunch of natives and Arabs. 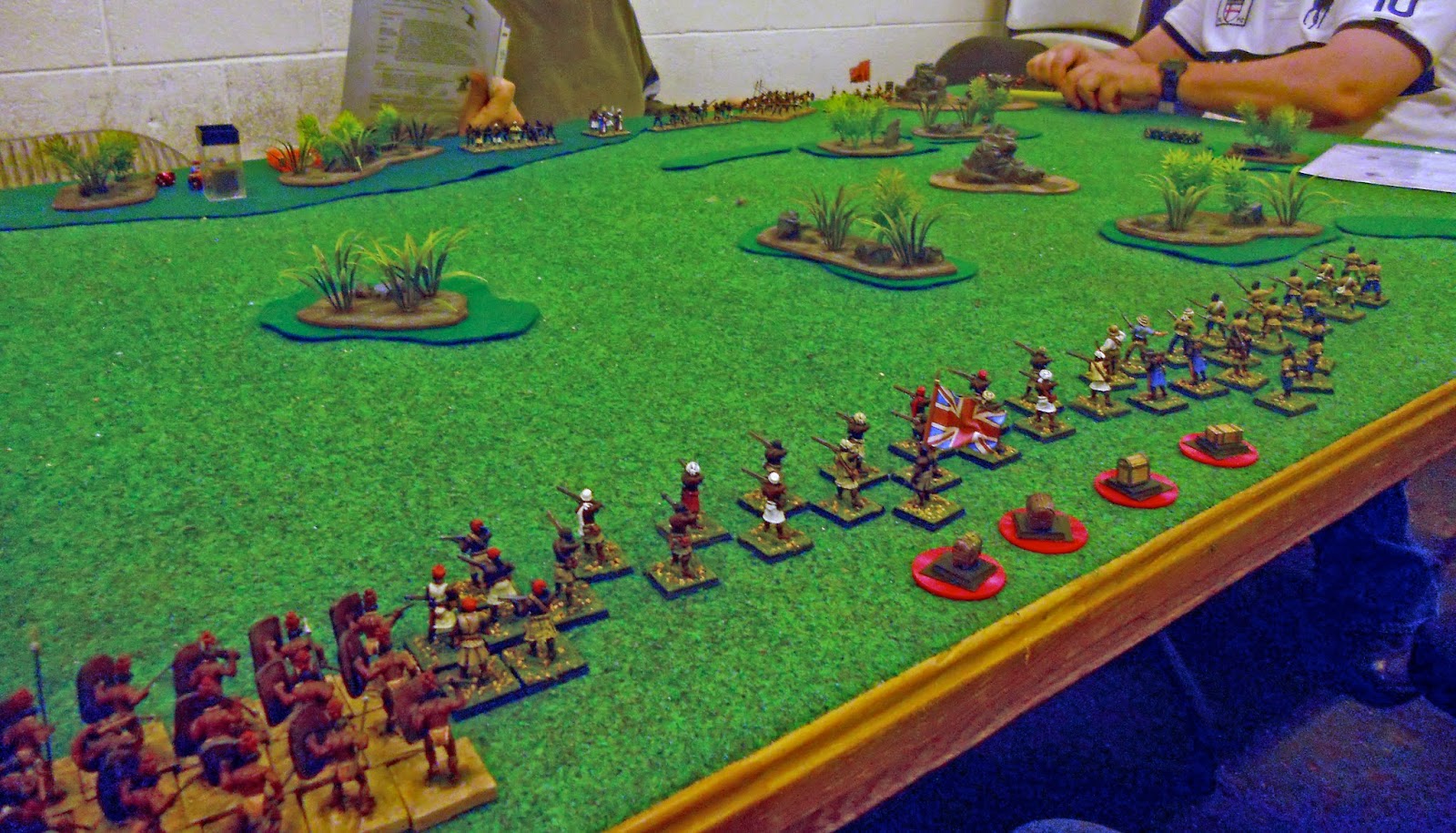 I had one group of native spear men, four Sudanese rifles, a group of Askaris with muskets, a leader (Dr. Livingston) and two white men friends, and some Sudanese soldiers.  Our goal was to protect the four baggage tokens.

I felt that their best plan was to swing around and attack one flank.  They could avoid alot of gunfire damage prior to swarming my guys and massacring them.

Once they had committed to the flank, I moved the troops into a new line facing them.  I 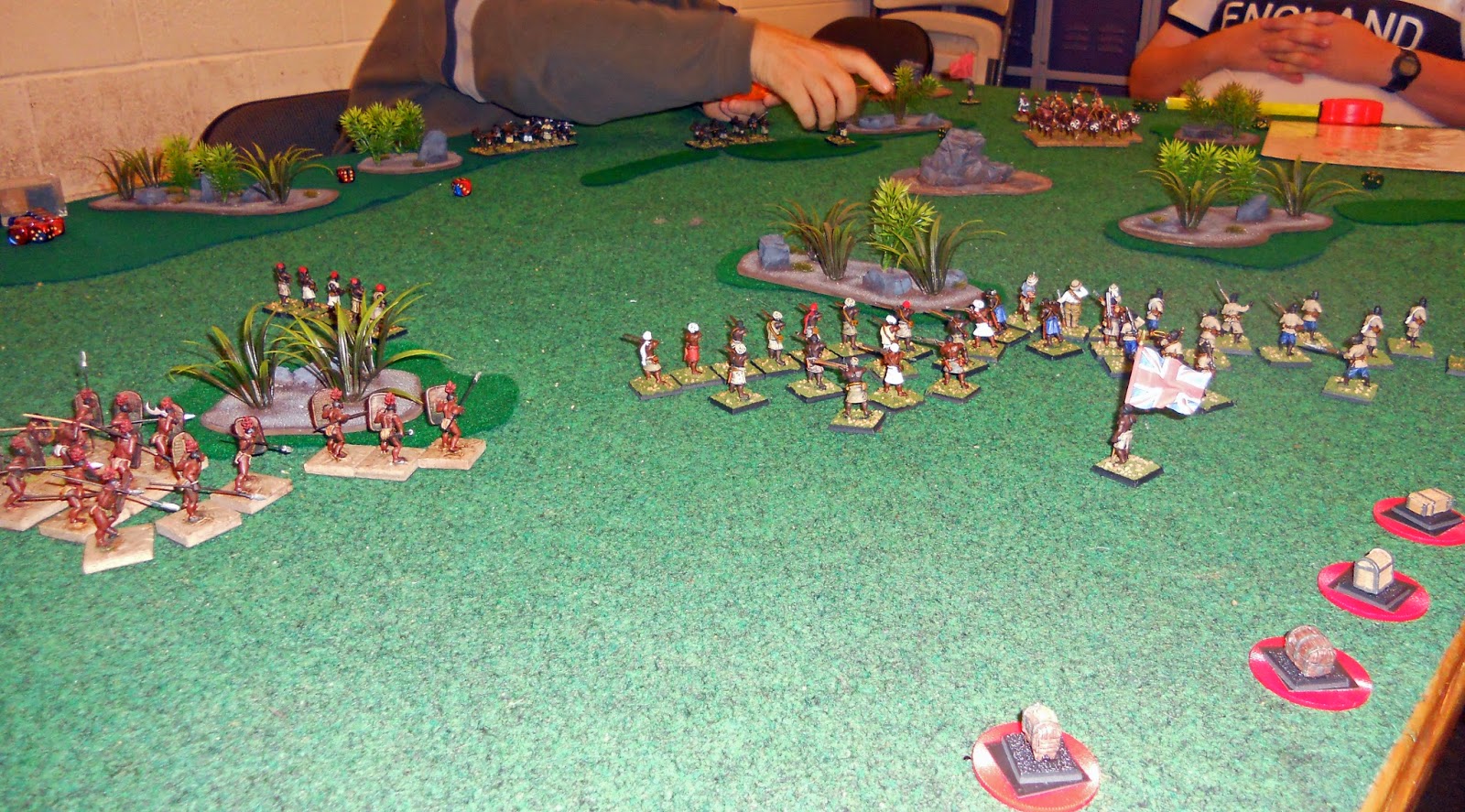 Here's the troops forming their new line; you can't see most of the enemy. 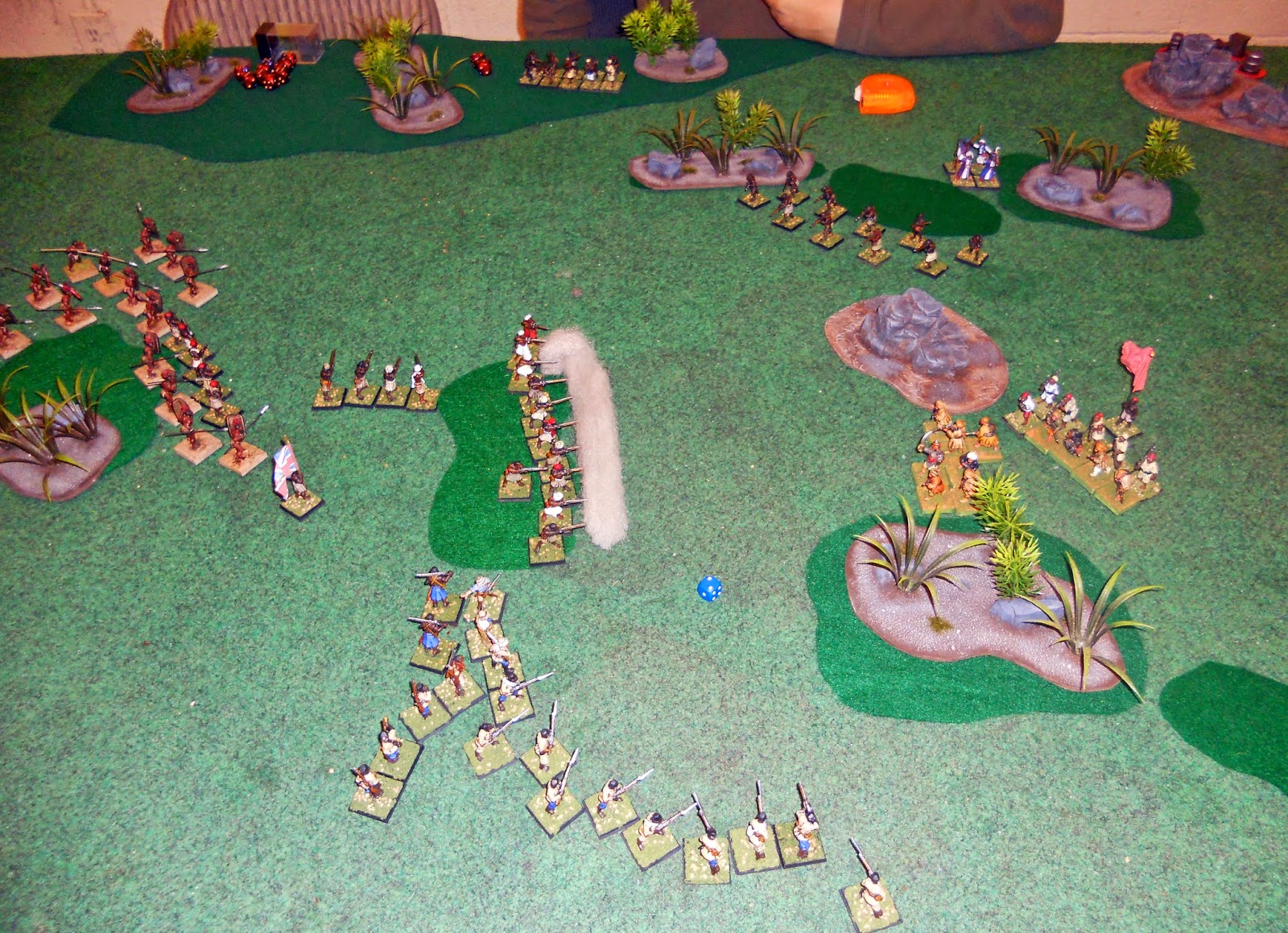 My plan of avoiding contact and slowing move my line backwards together with their slow movement worked great.  The ragged line was terrific at focusing fire on one enemy unit at a time and wiping them out.


Here's the final shot.  The colonials only lost maybe one or two Askaris, when the attackers had suffered such brutal fire, that they had no choice of but to retire.  The native Arab force rolled terribly for movement and probably should have attacked the shorter distance straight accross the table with a skirmish screen.  I thought their plan was great, but it just didn't work out this time. 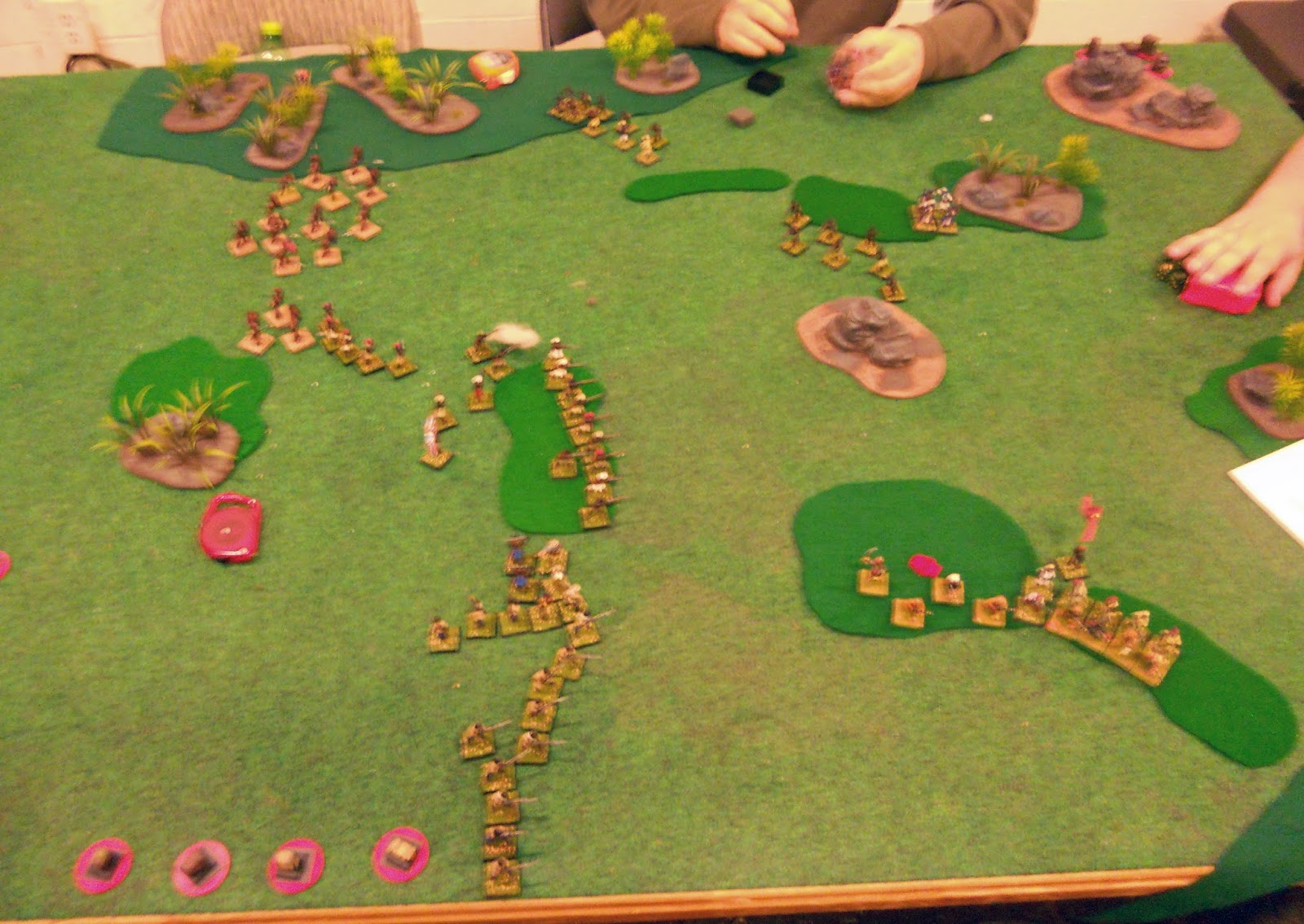 Here's some random pics near the end of the game, I kept forgetting to take photos with my crappy Barbie camera. 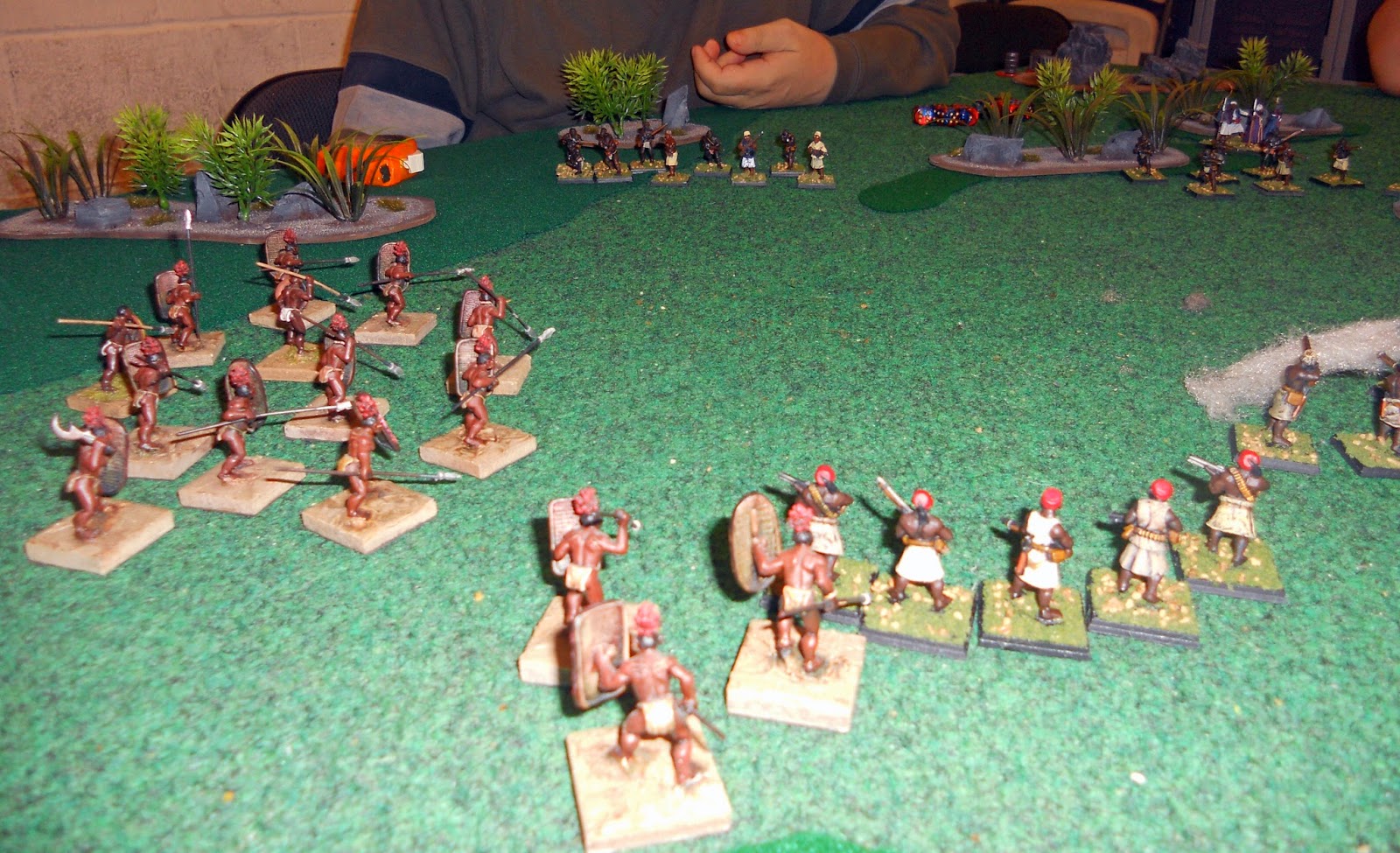 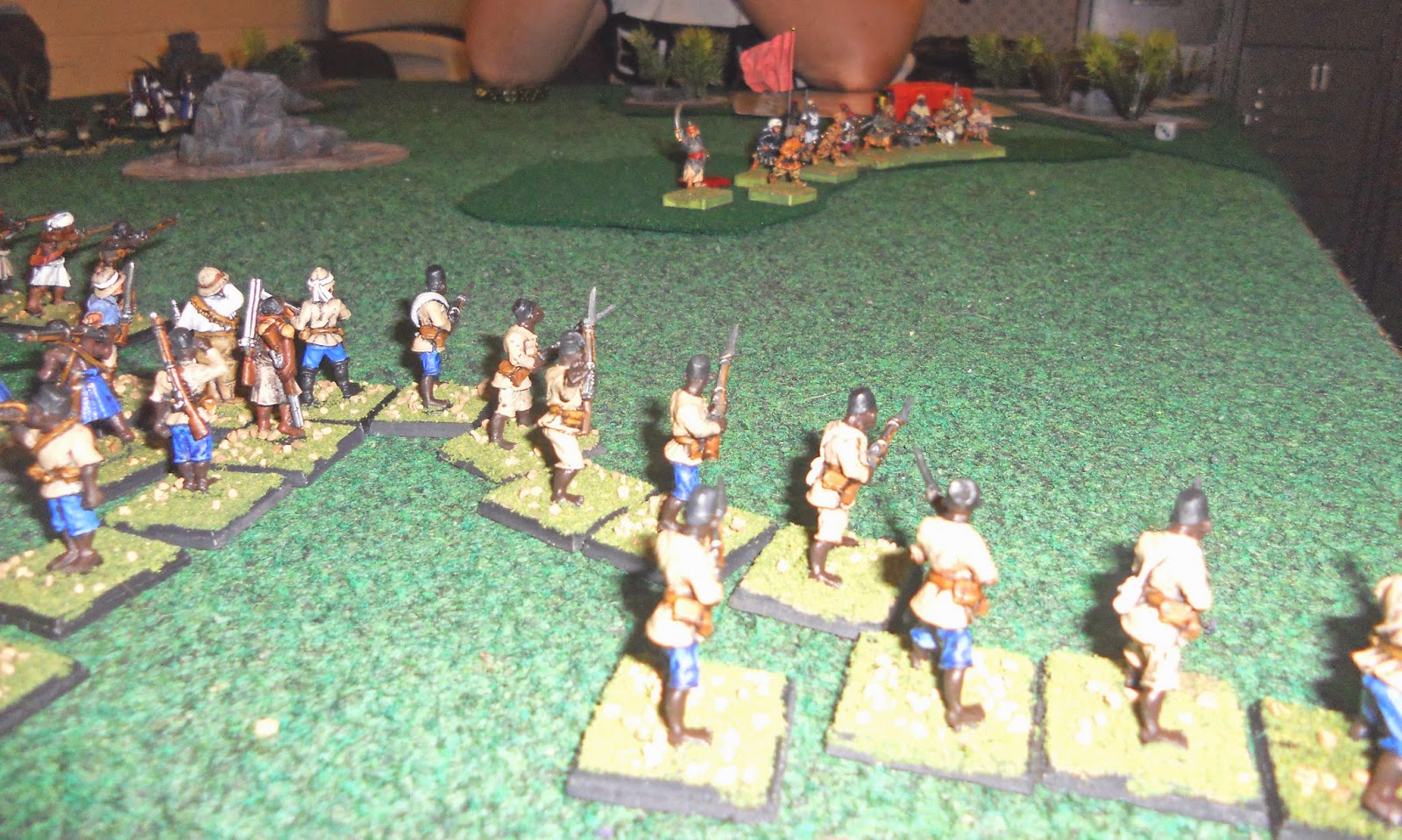 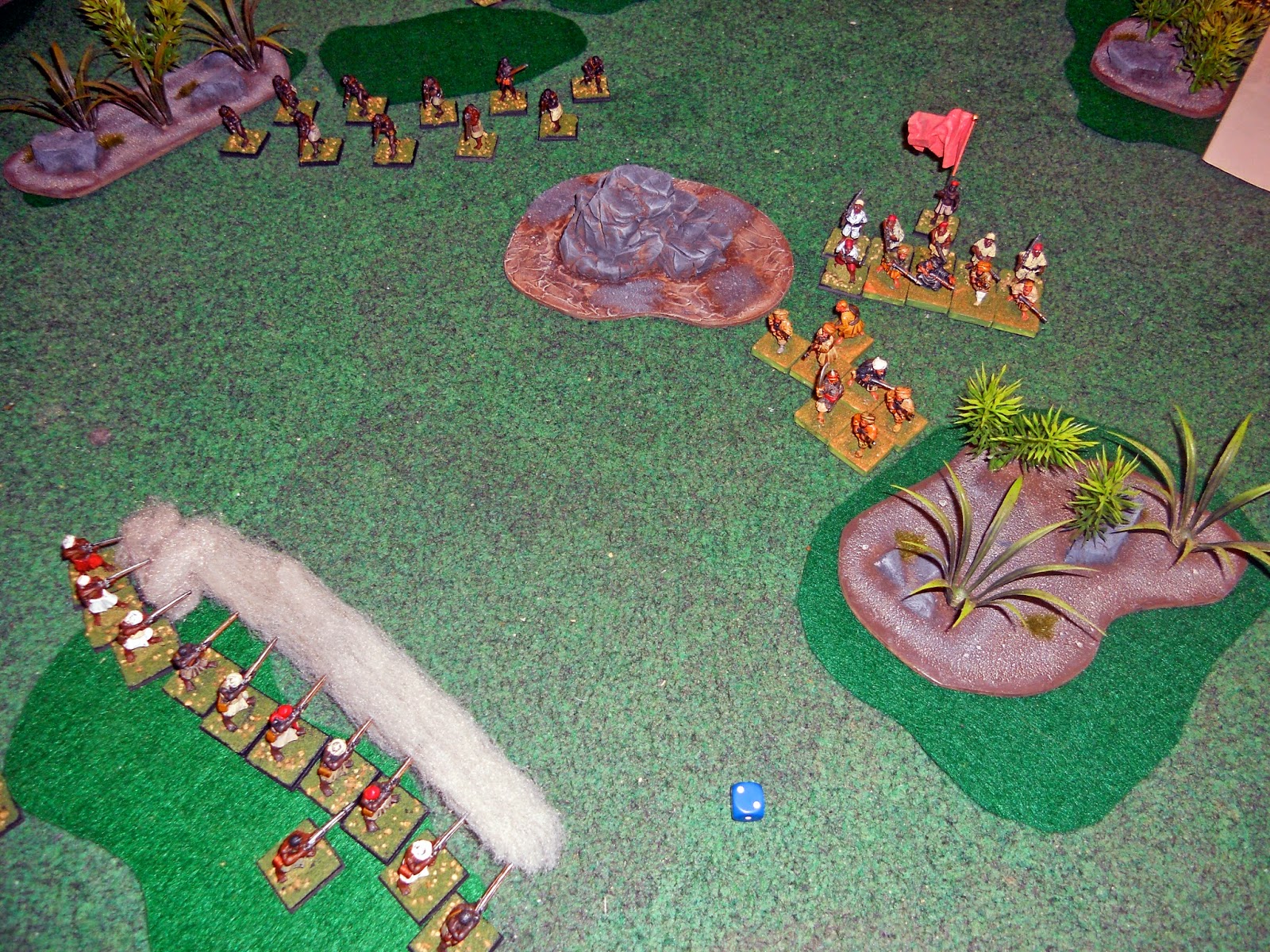 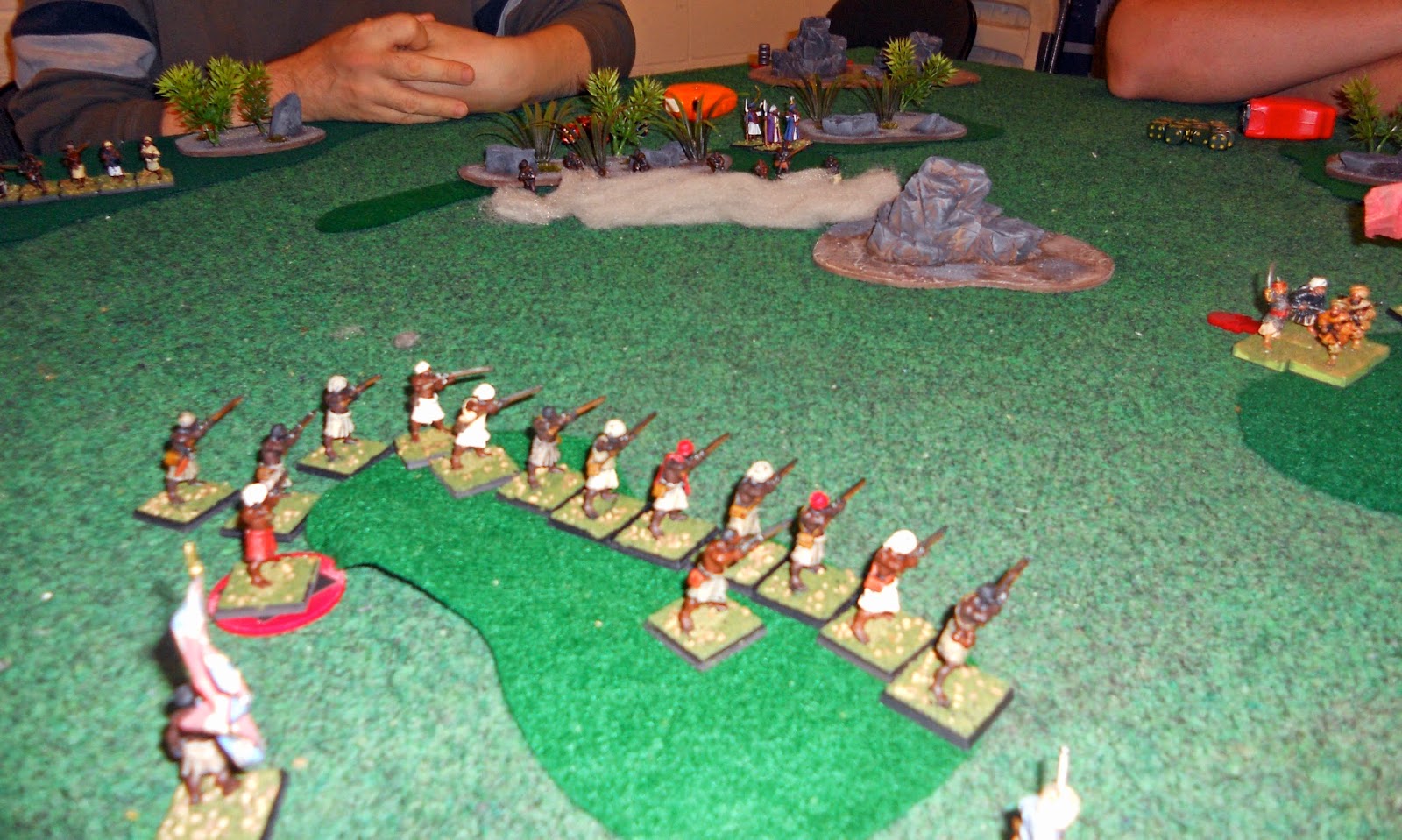 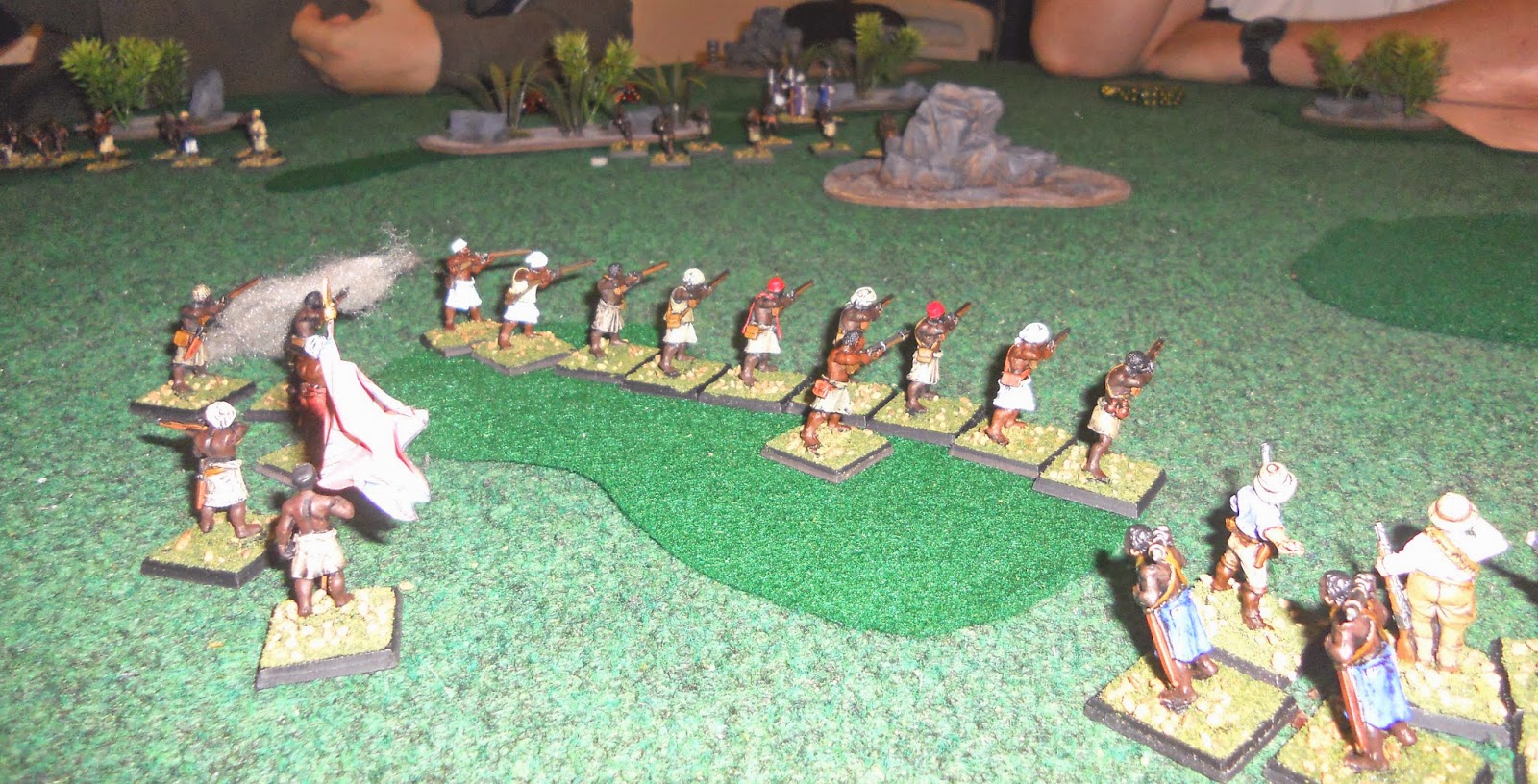 The French men earlier were posing on my first attempt at teddy bear fur terrain.  I ump'd a large Sharp Practice game at the local game shop Twin Suns, but only remembered to take one Barbie cam pic. 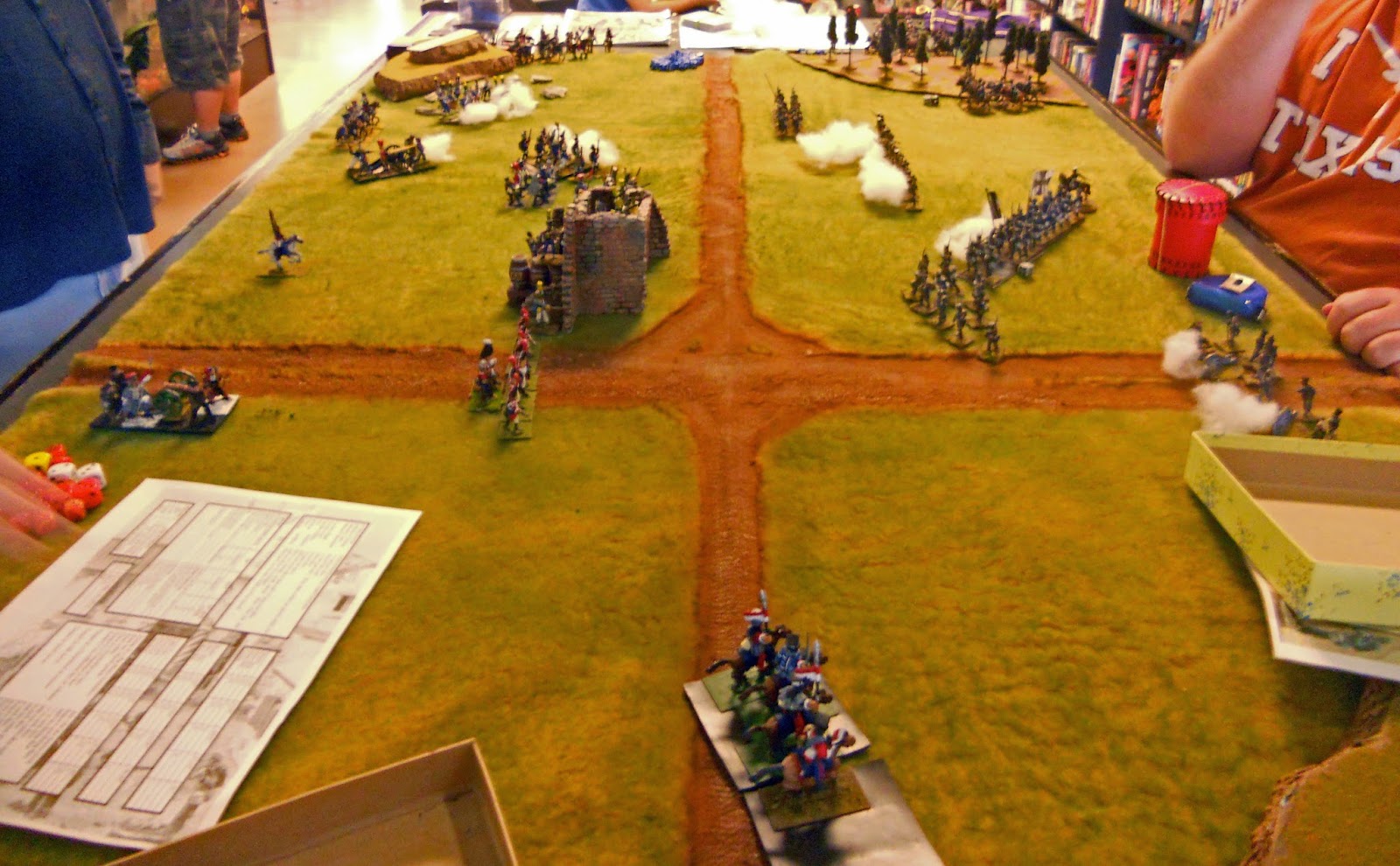 Till next time, cherished viewer, when I should have more French voltiguers, mounted Dragoons, 40K Mordian Imperial Guardsmen, and a couple post-apocalyptic survivors completed.