I've mostly "finished" the bombed out city I was working on for this weekend's Battle in the Bosque convention.   I will add more details, as large sections are rather boring, but it's good enough to push toy army men around on.   Sadly, I didn't sign up for a game slot, because I didn't think I'd finish in time.  Probably too late to sign up now. 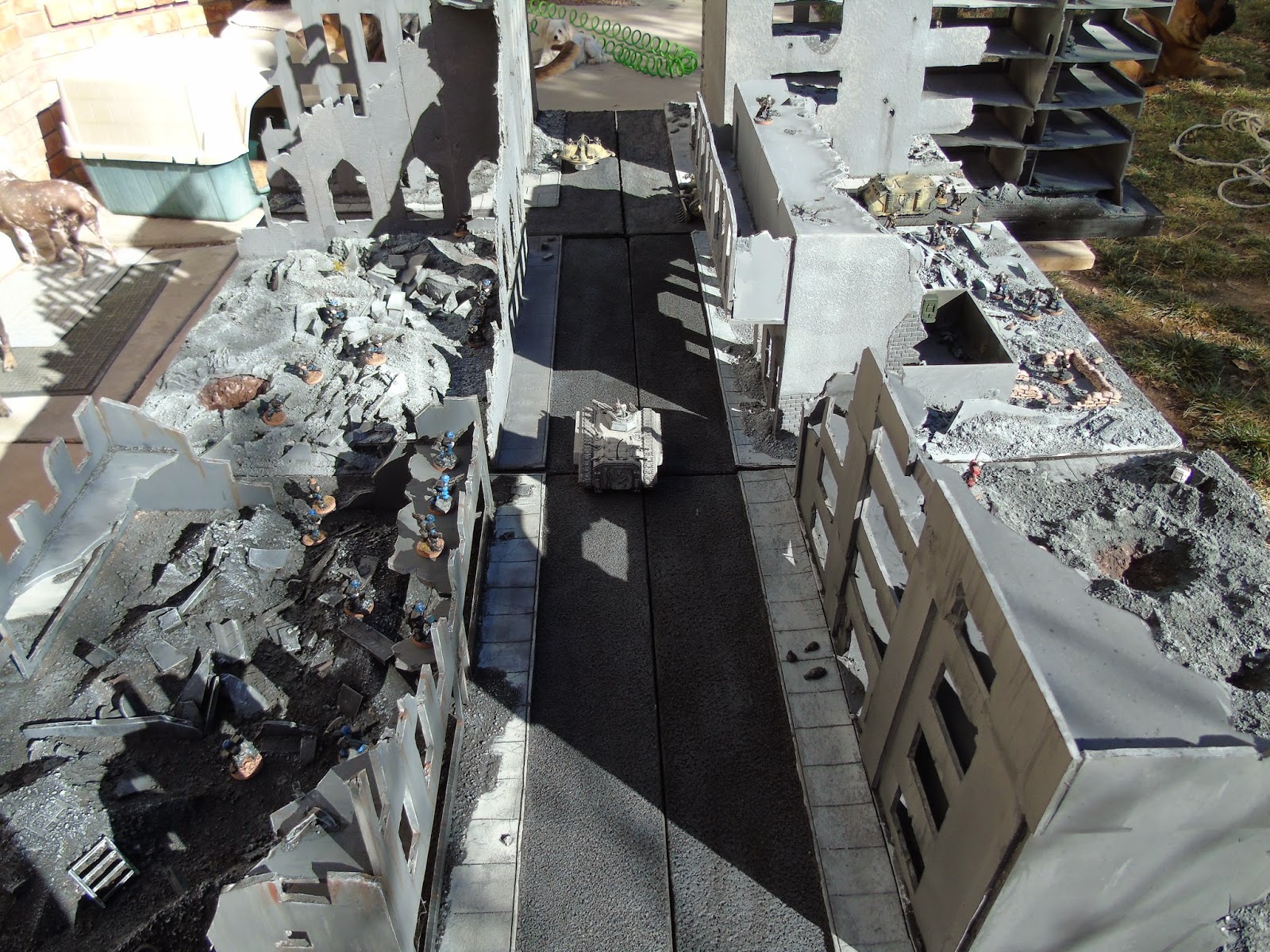 A scene from the demolished church. 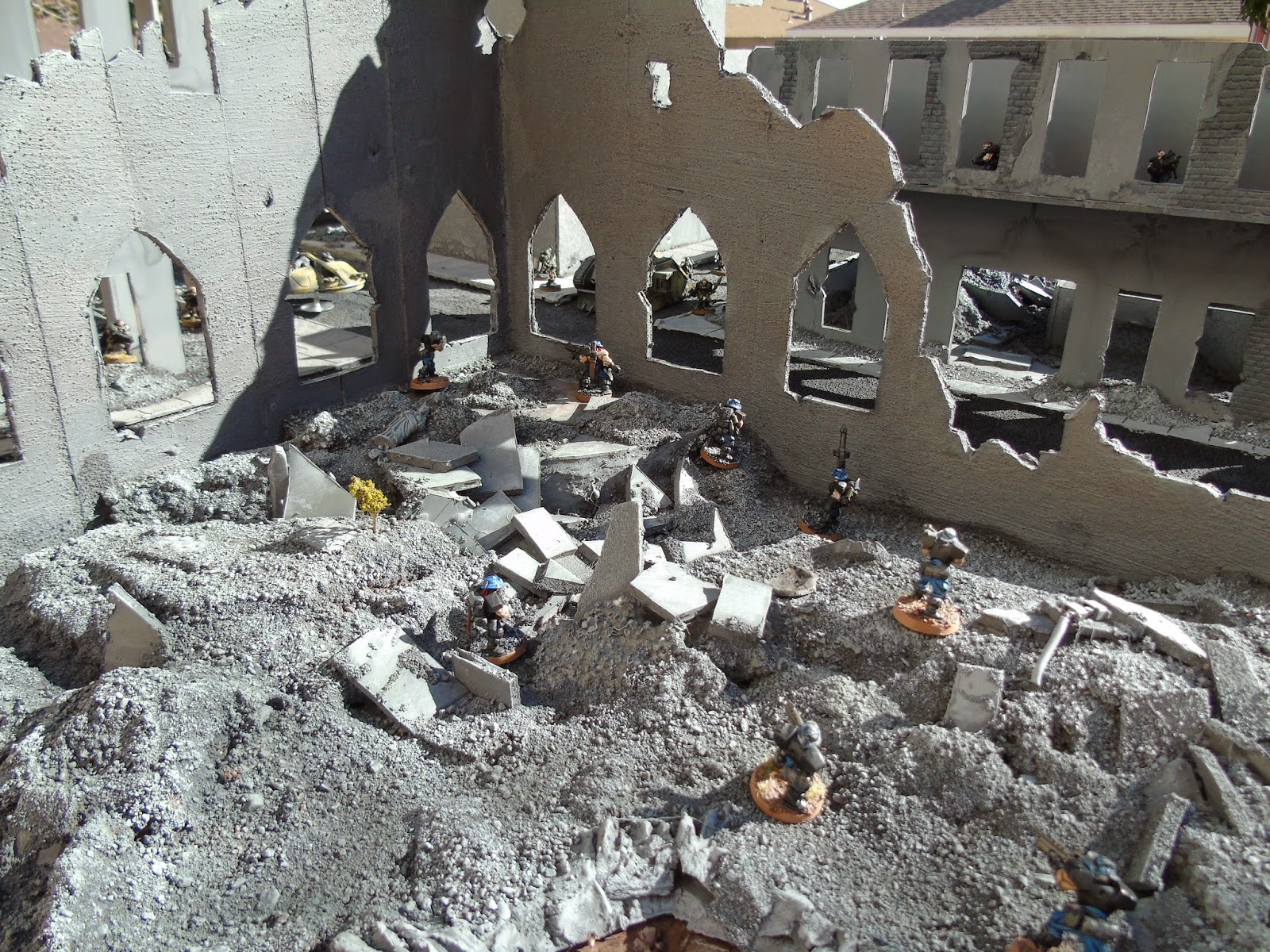 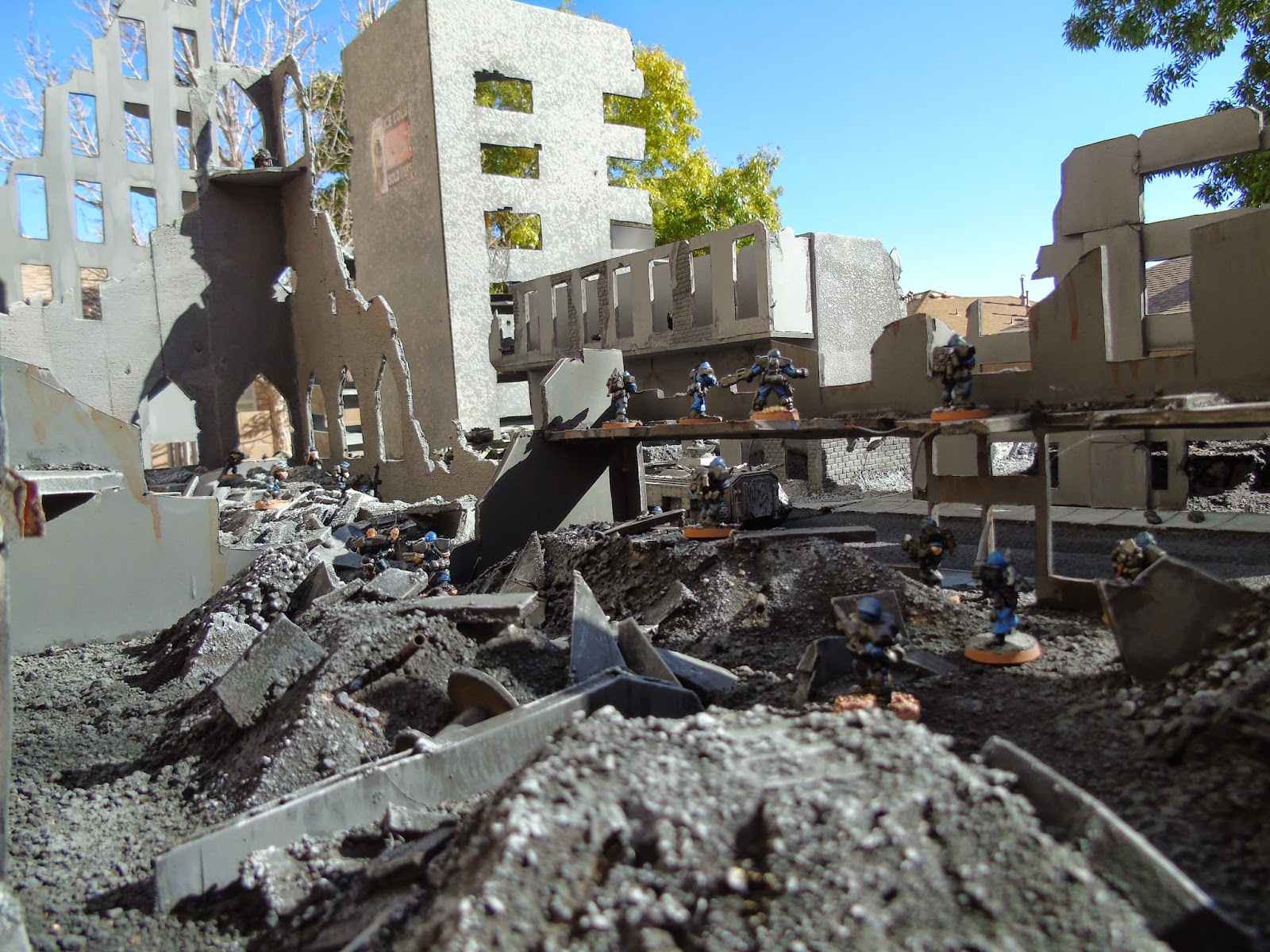 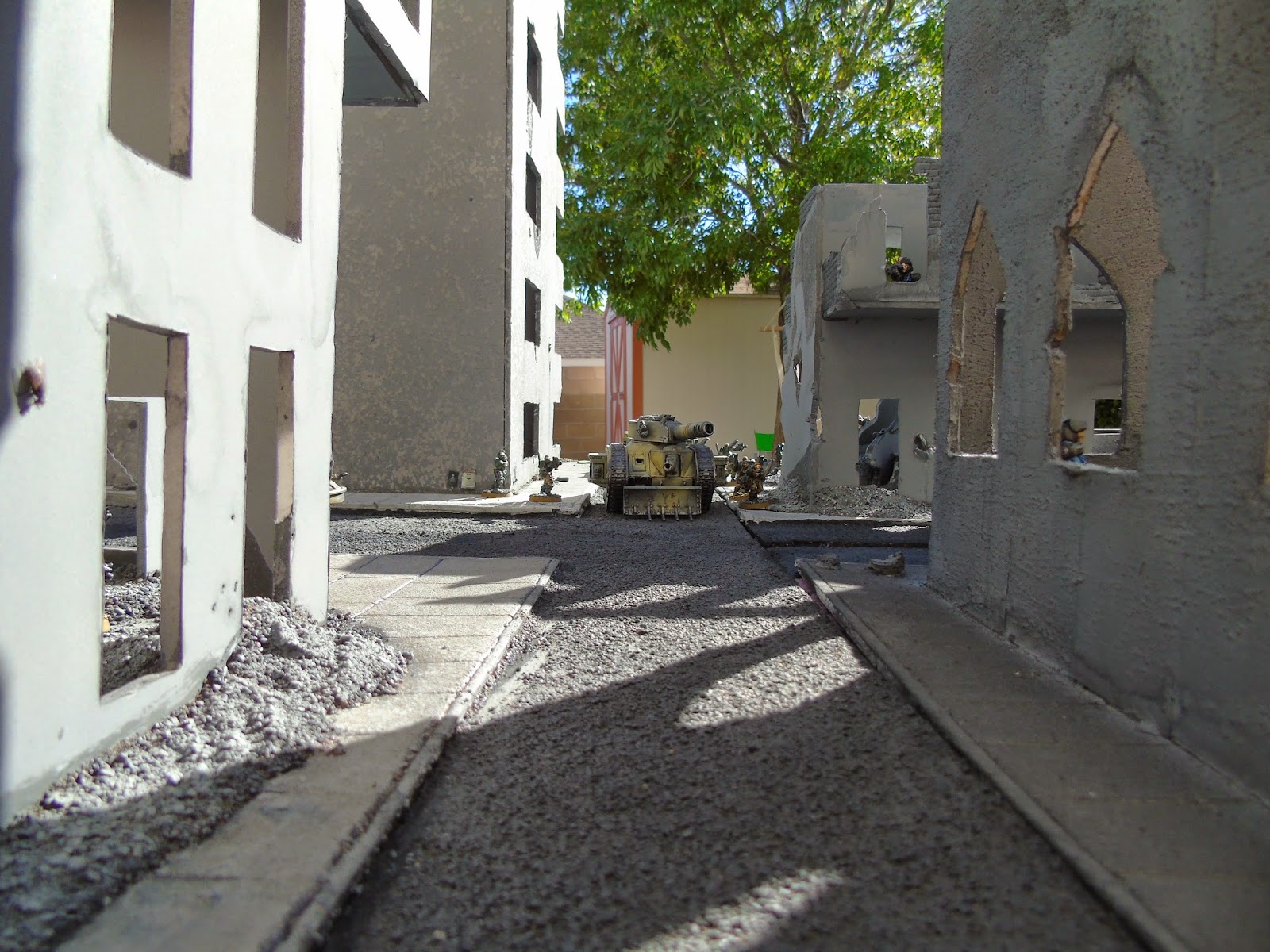 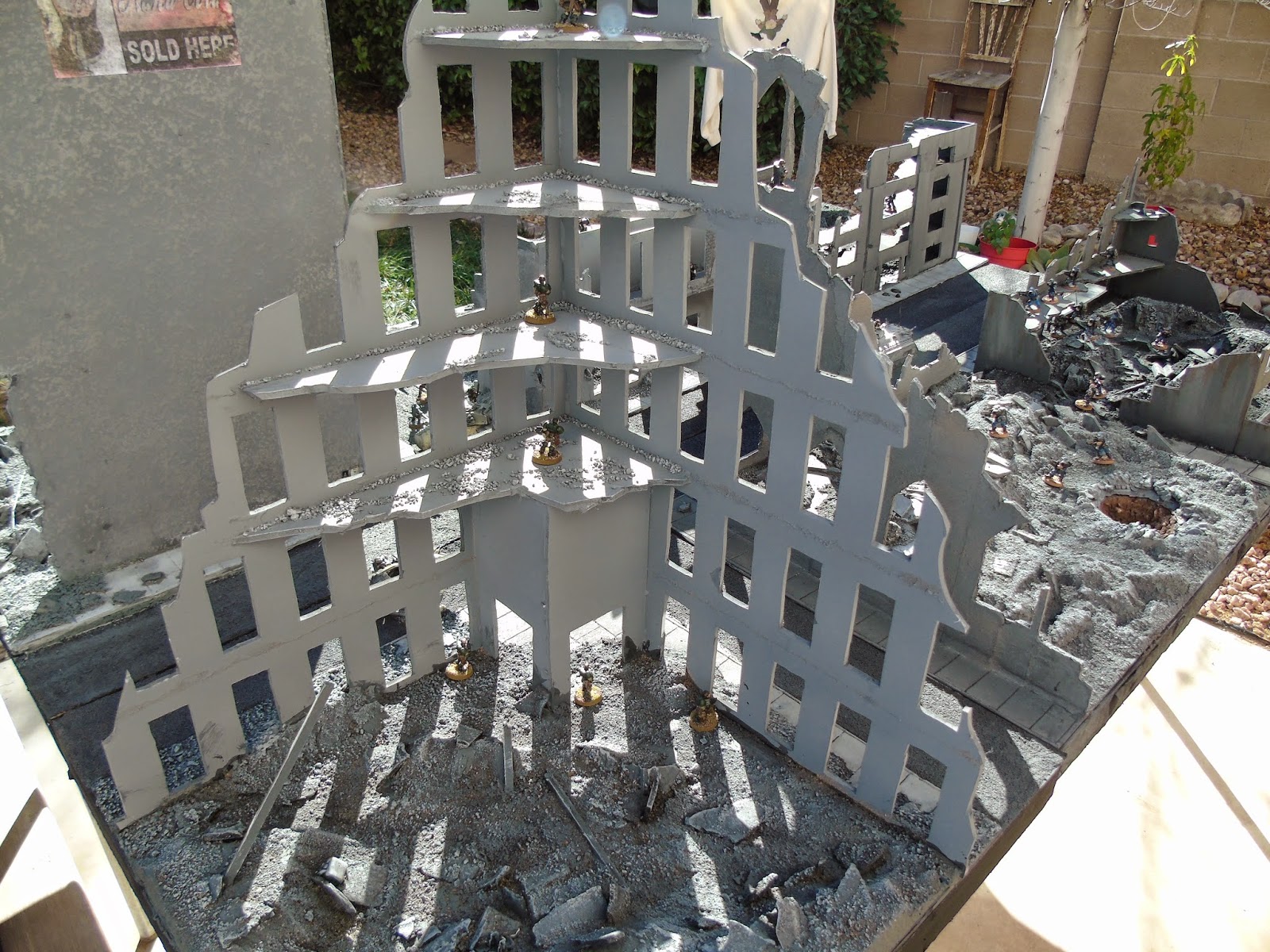 The biggest piece wouldn't fit on the picnic table. 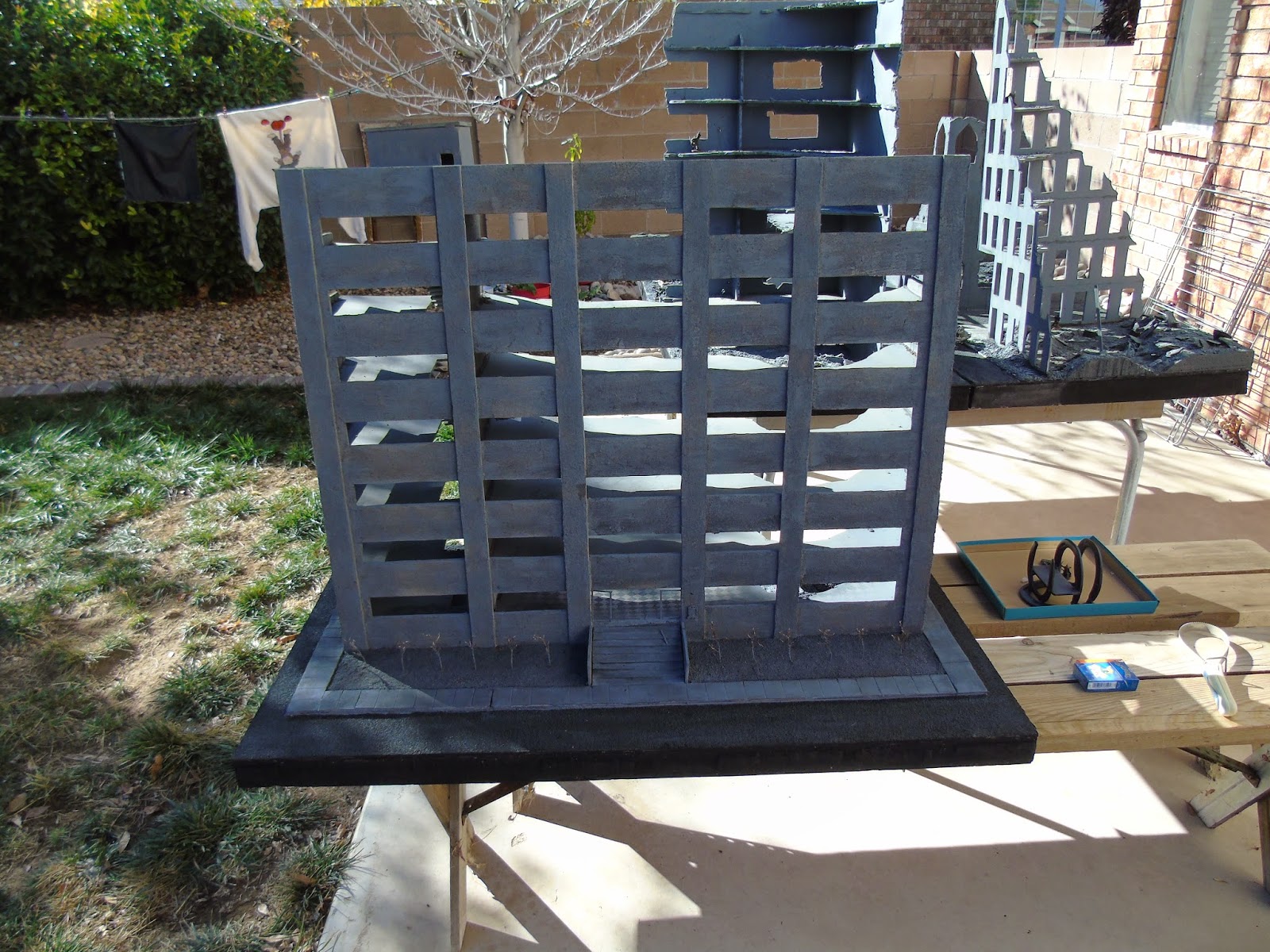 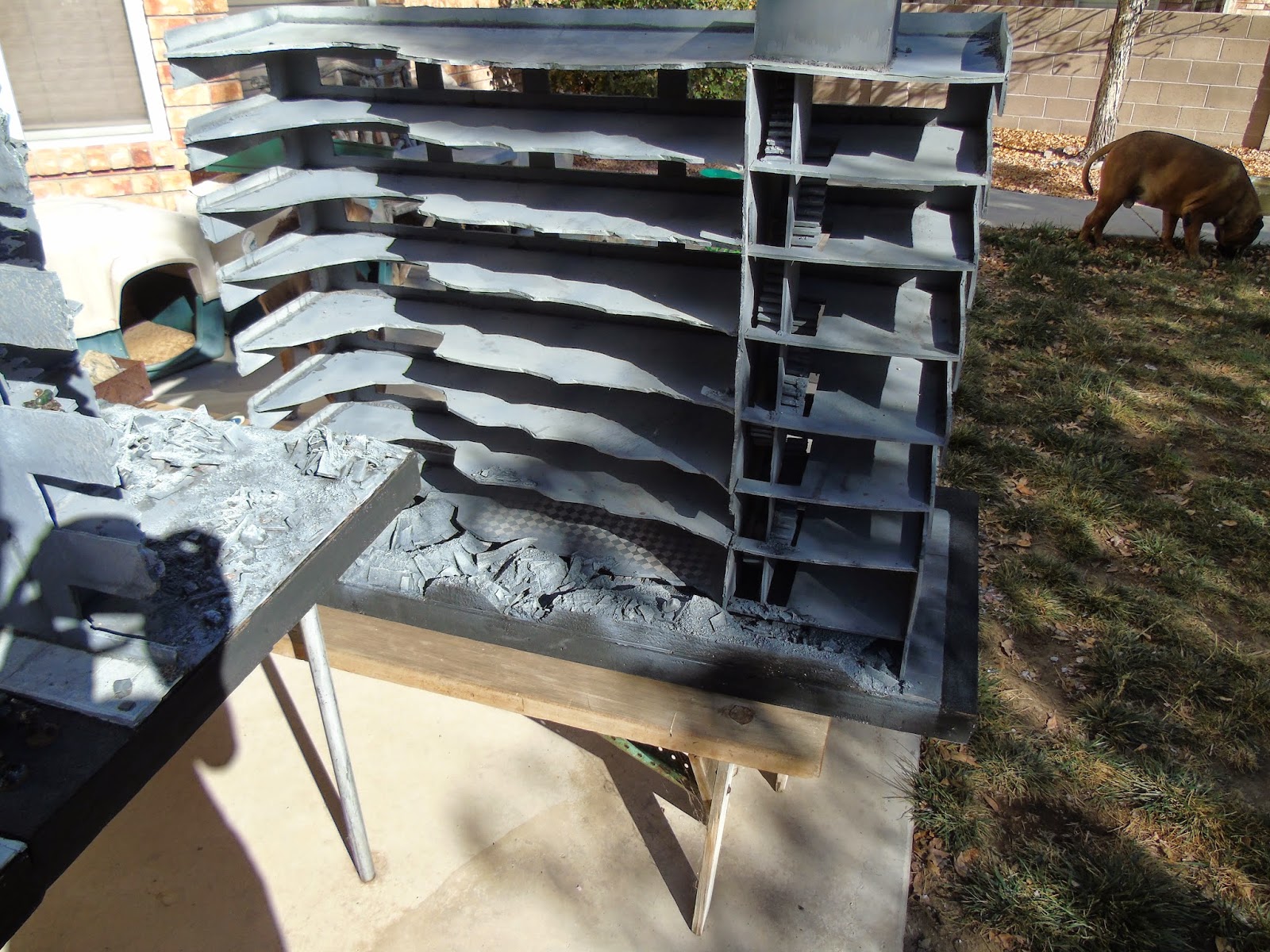 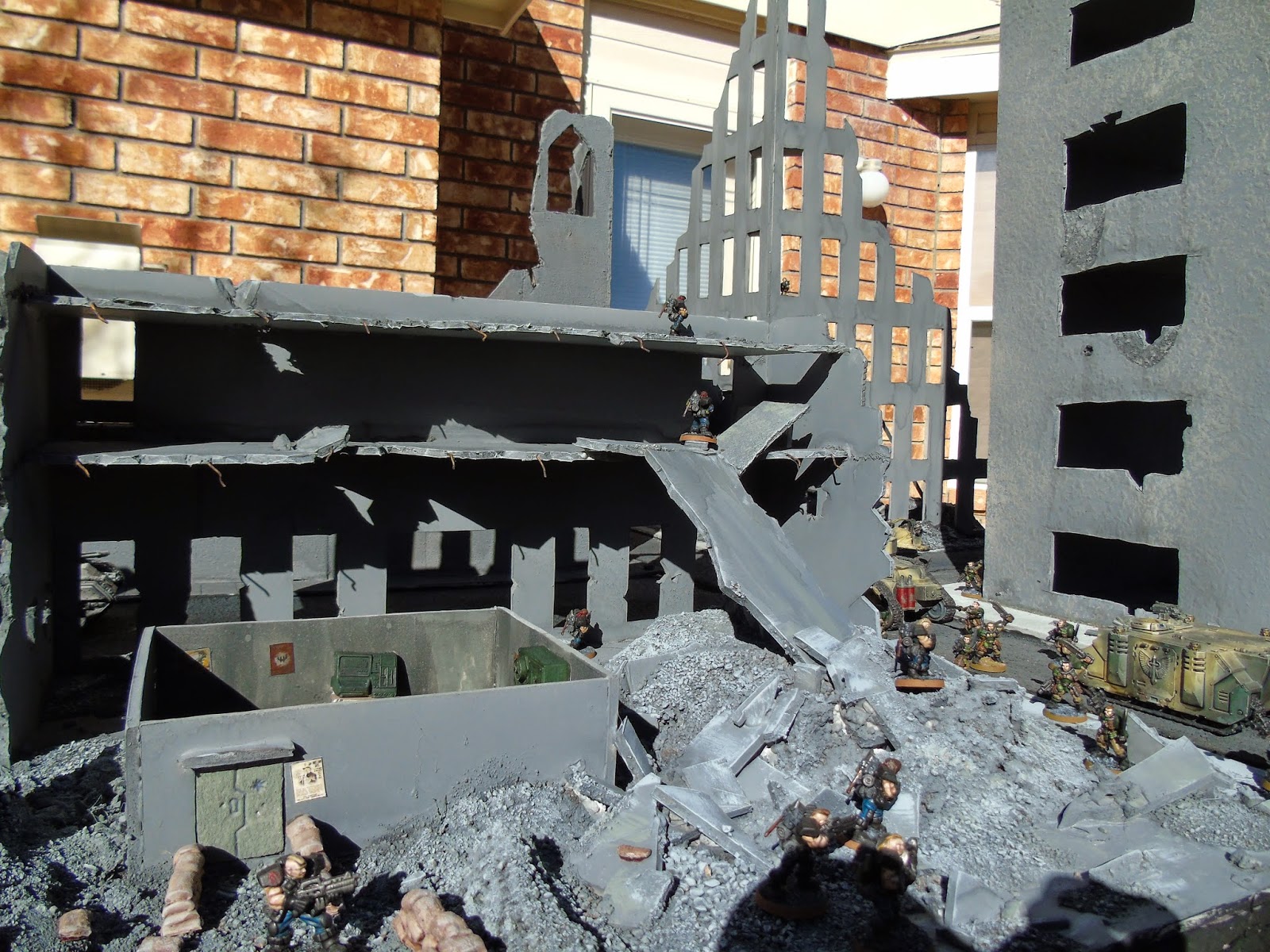 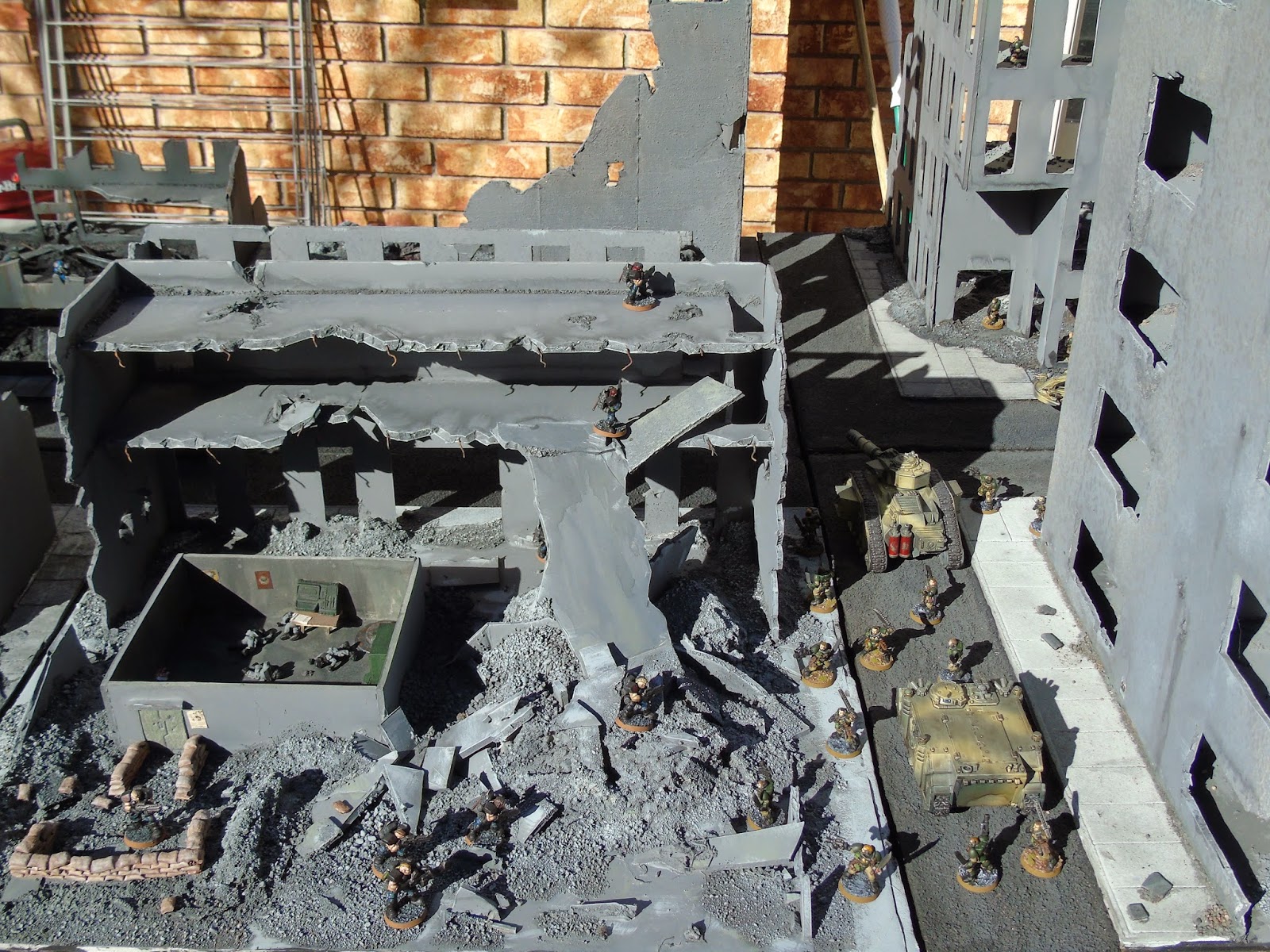 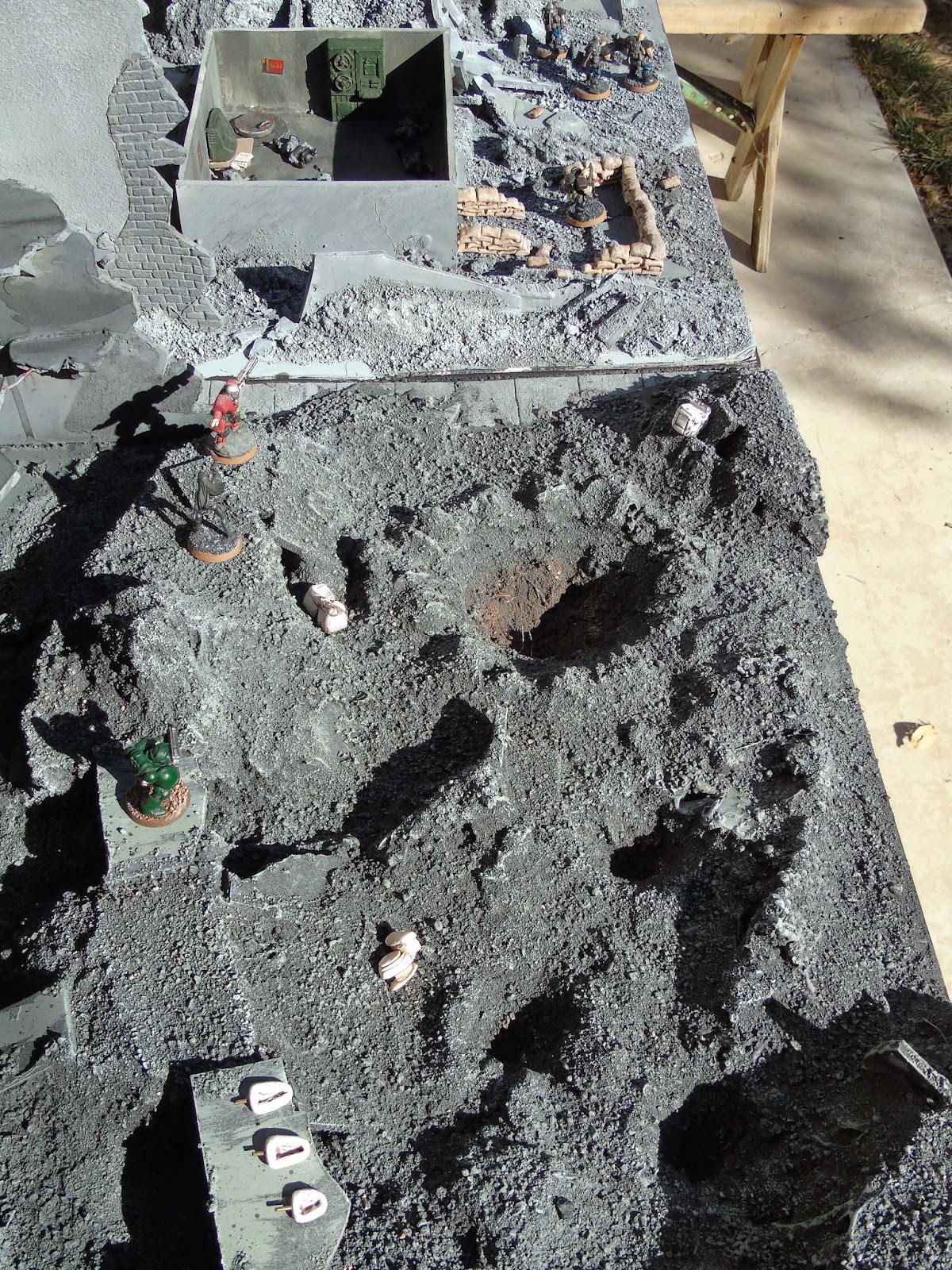 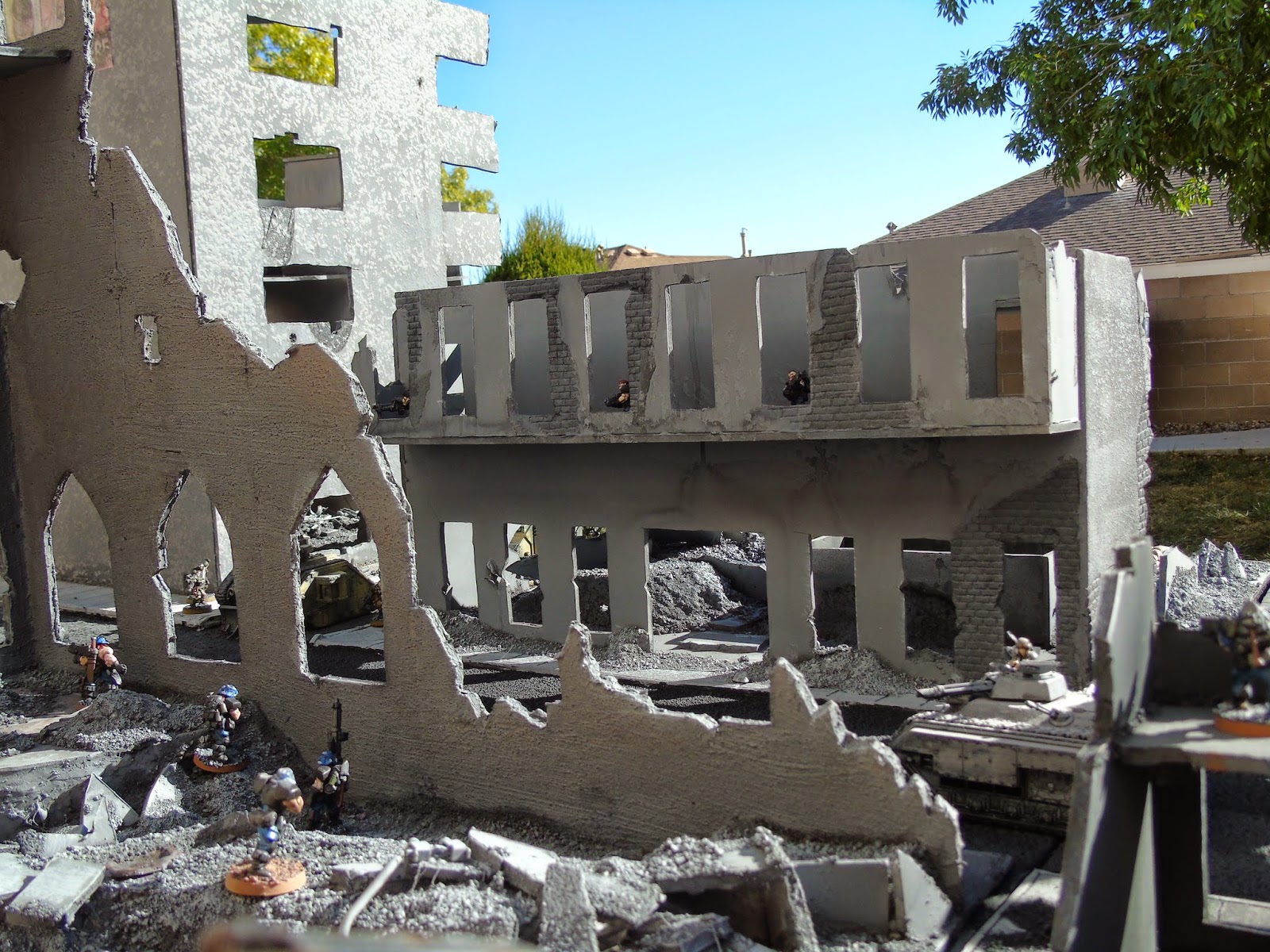 A sniper looking for his best shot. 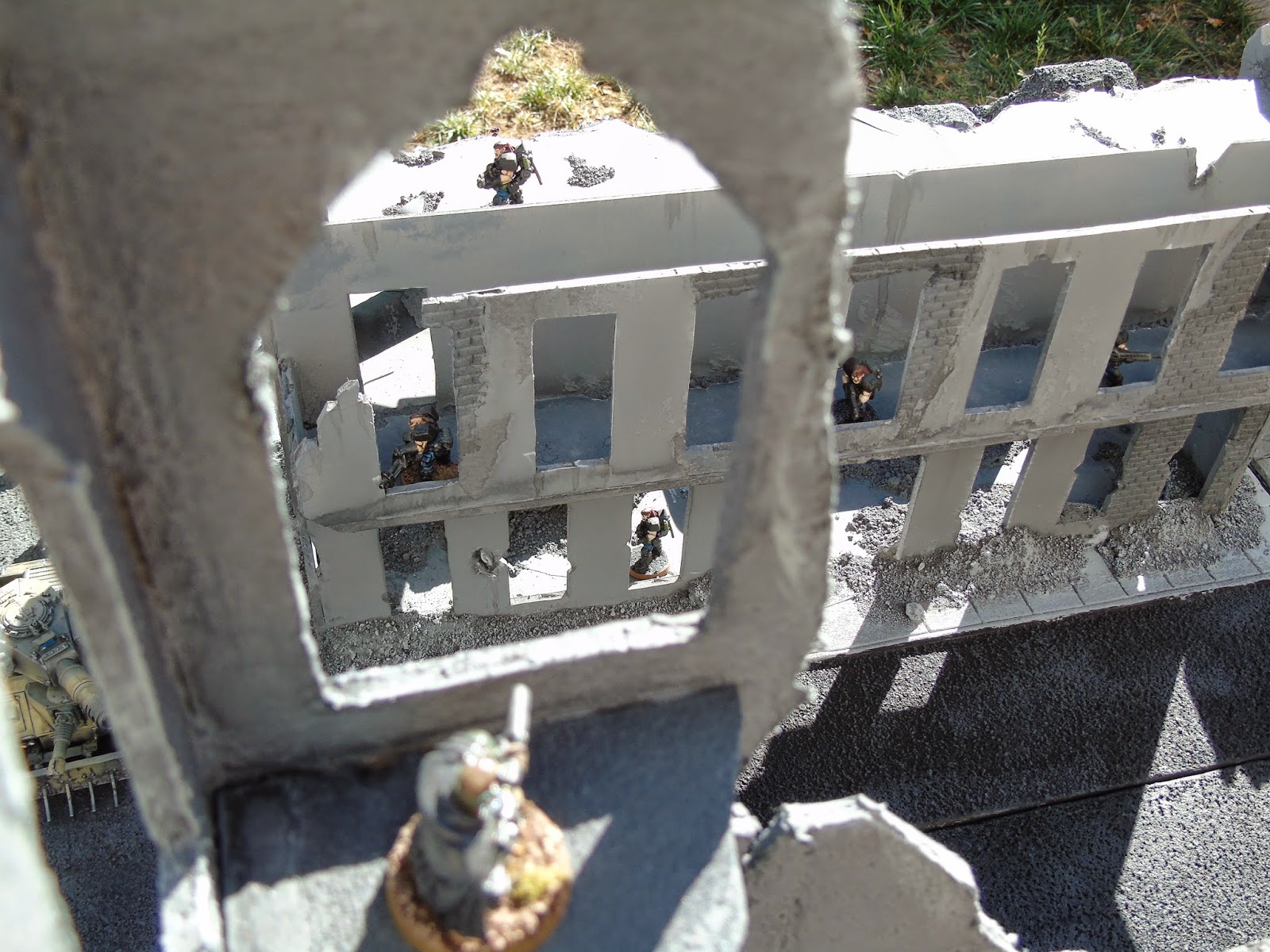 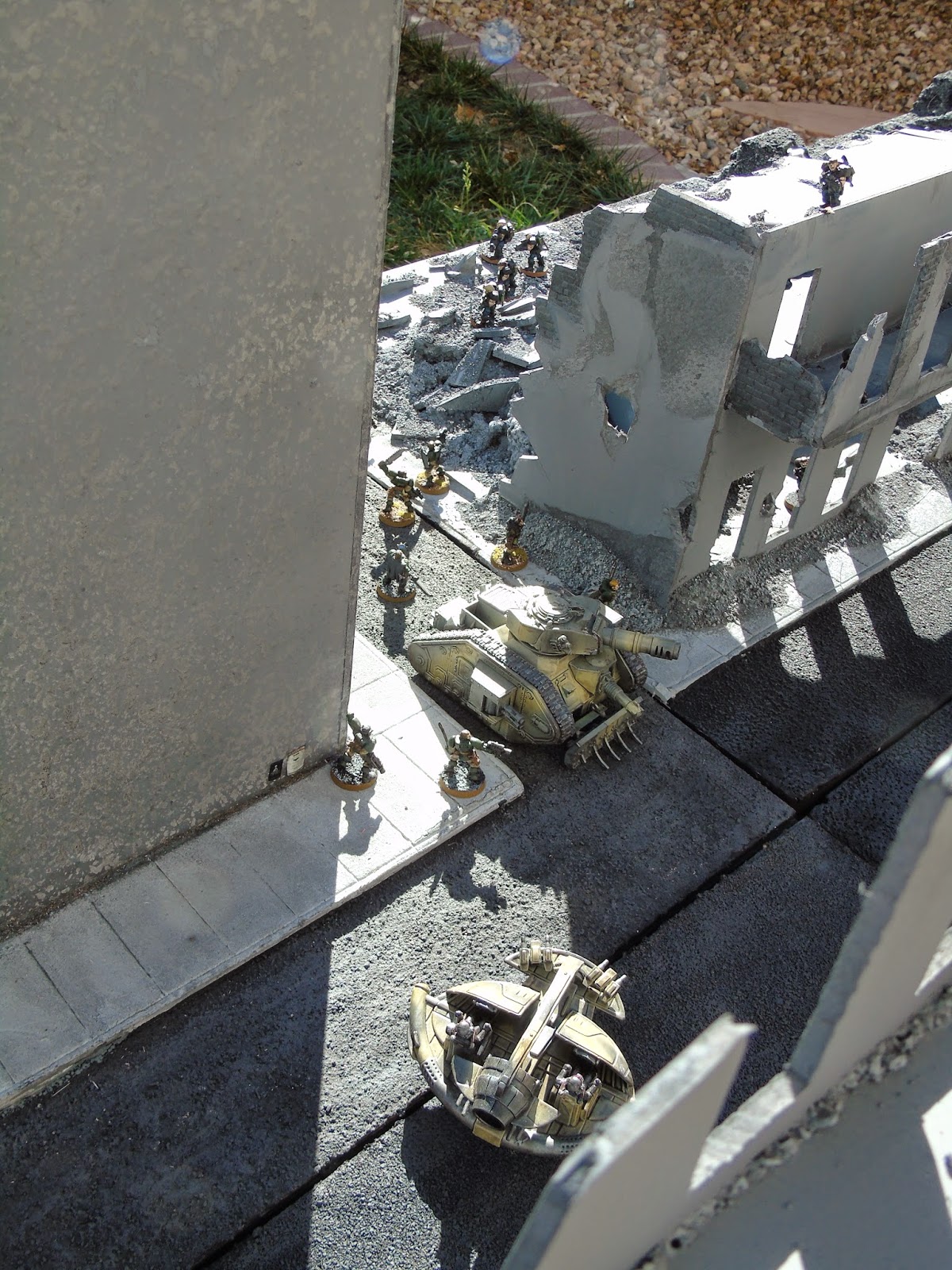 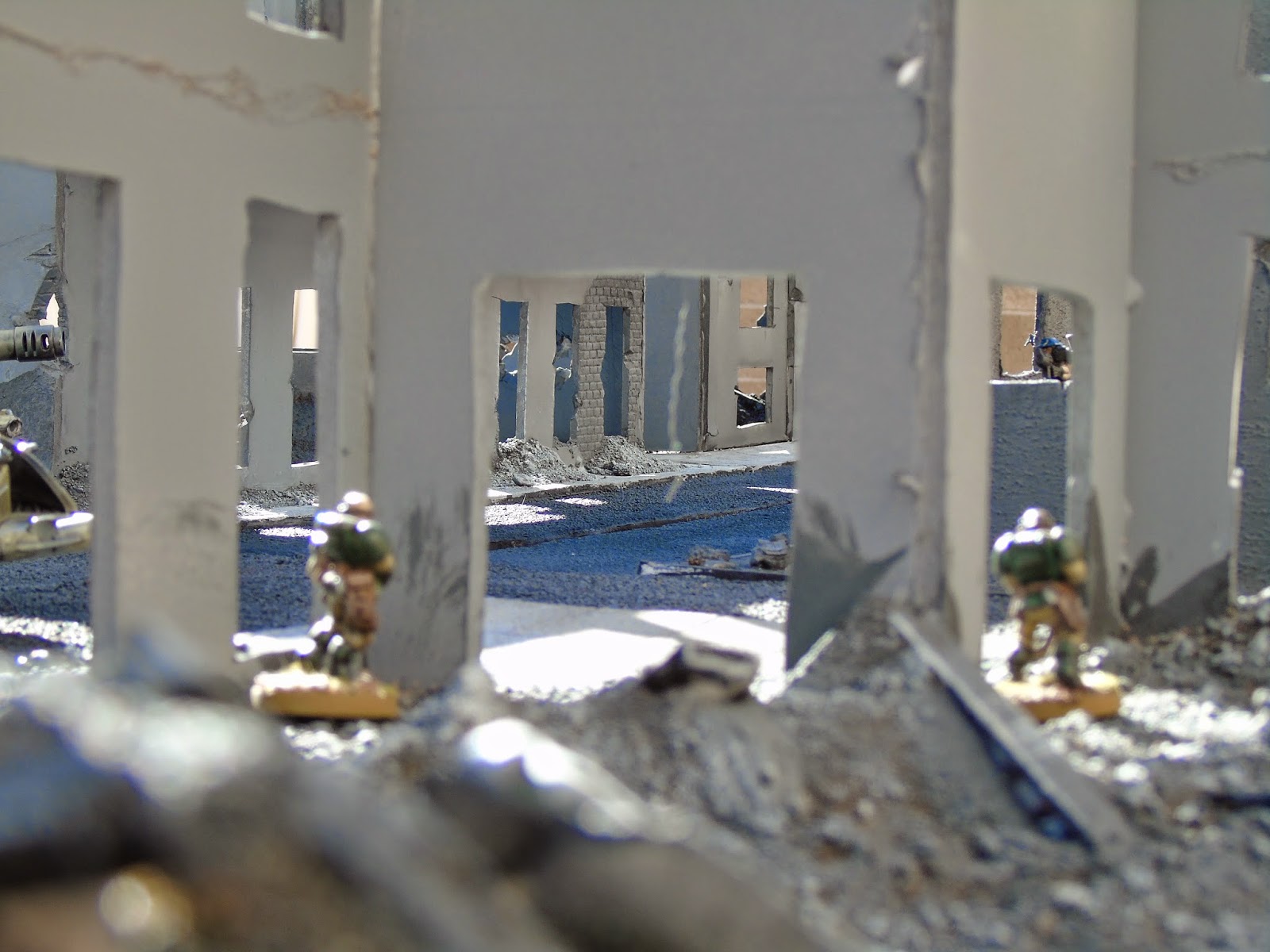 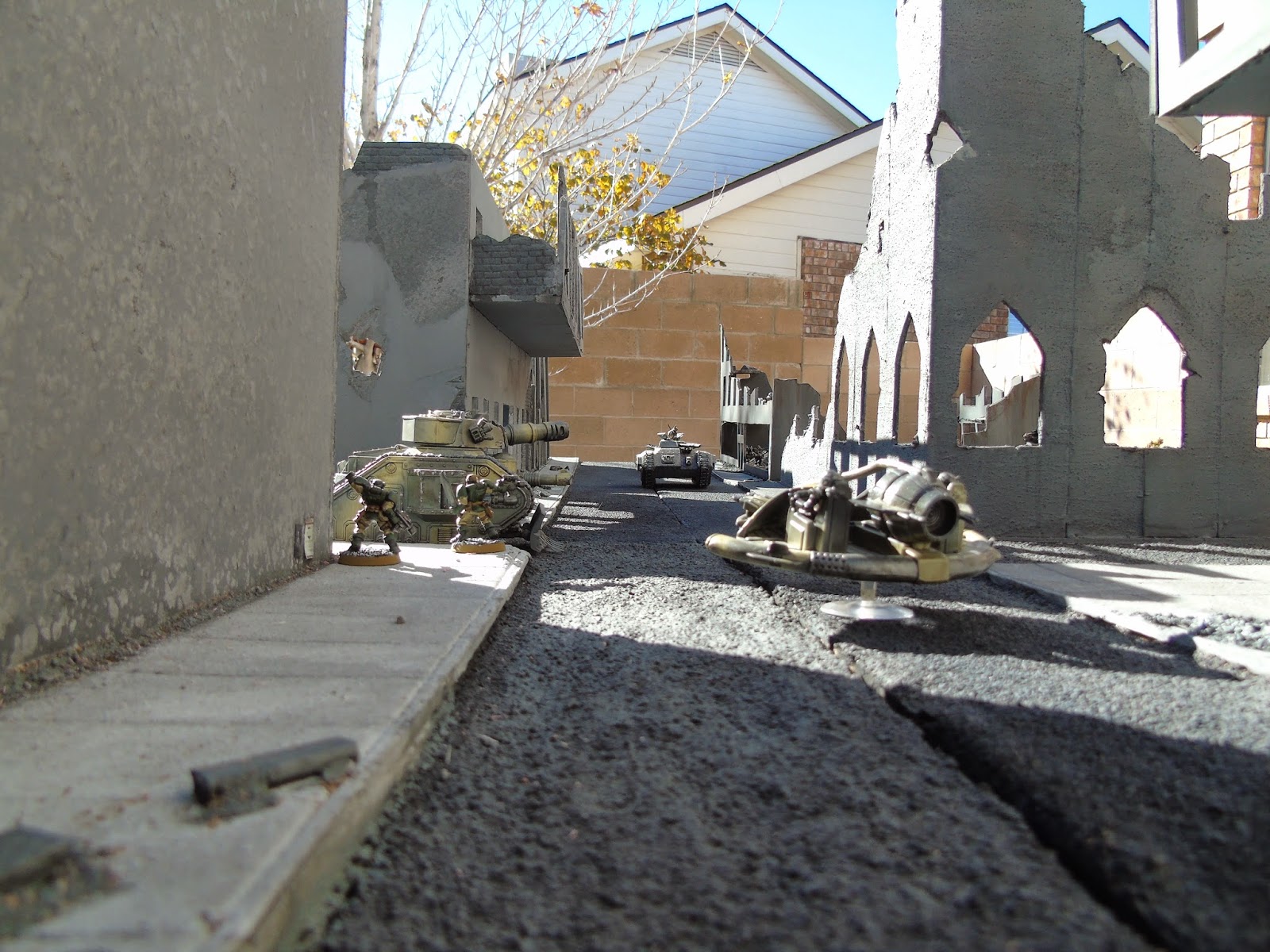 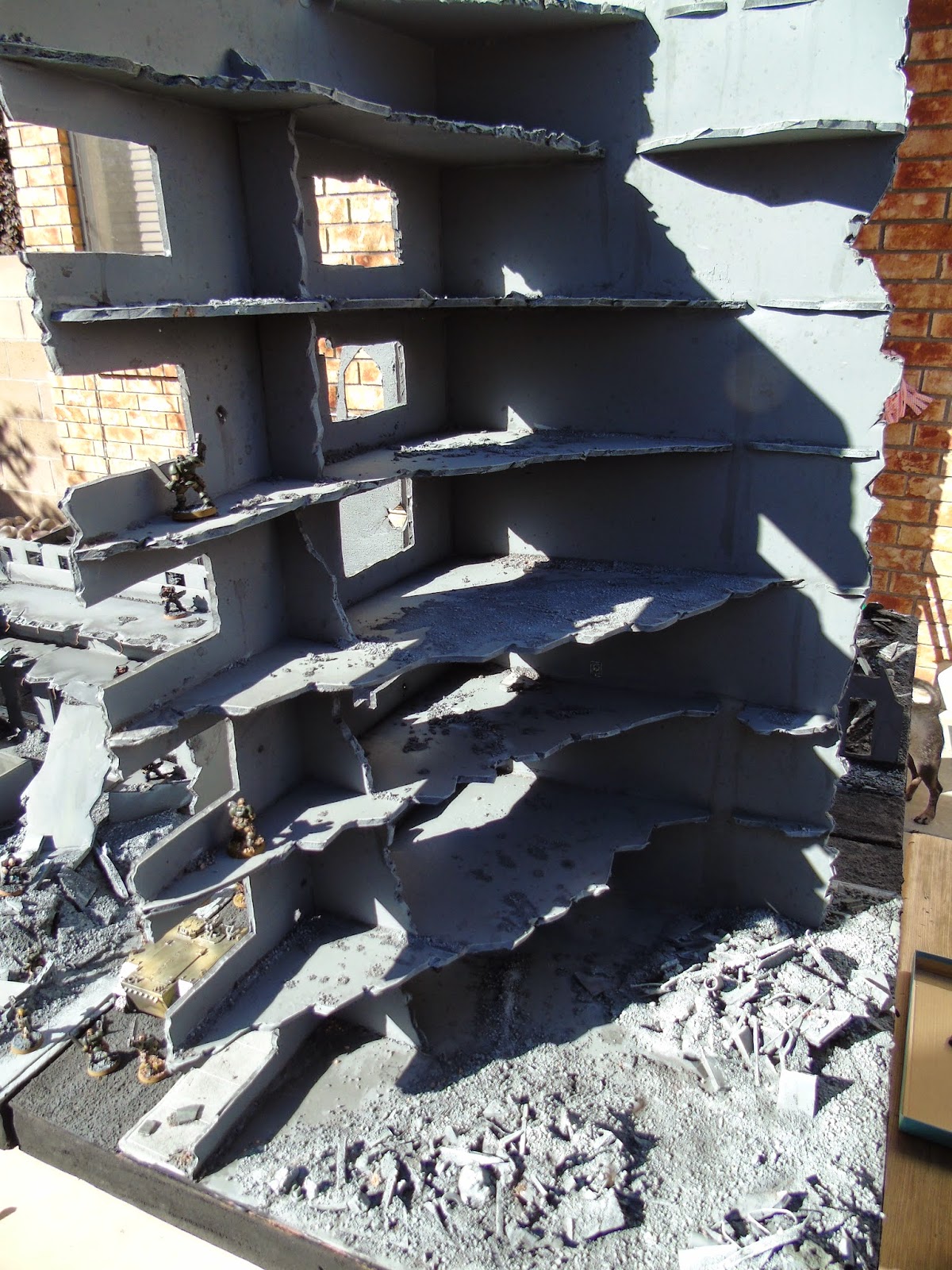 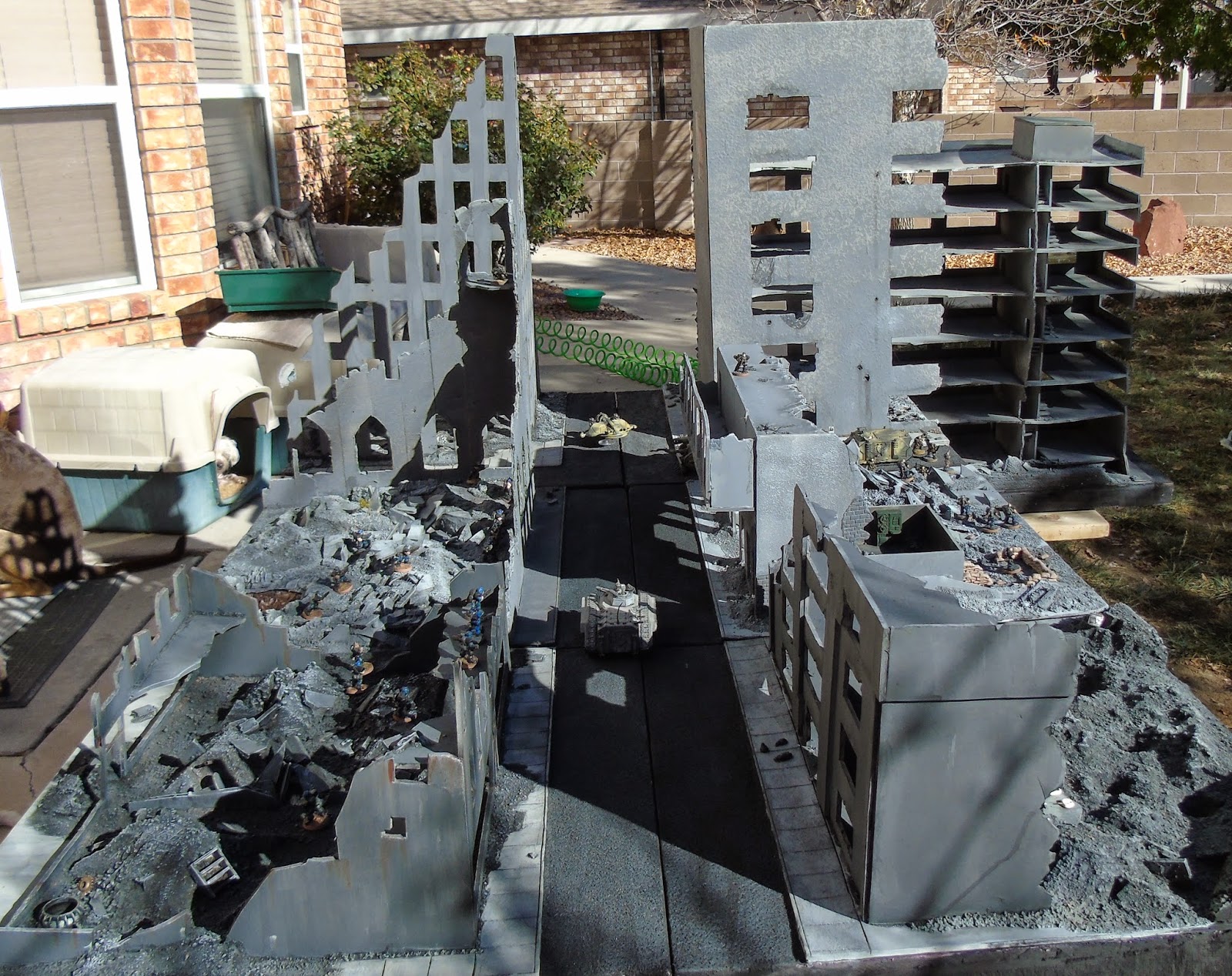 I plan to build a Fallout video game style vault underneath it later.