I apologize for not posting or viewing your blogs recently; I've been quite busy at work and didn't know how to manage my new computer at home.

I did paint a number of minis though and there's quite alot more coming soon that are almost done.

First up are some old Target Games Warzone Capital miniatures.  I think they're from the late 90's.  They were previously painting by the previous owner; I used his paint job as my primer; a few of the minis have quite thick paint now and have lost quite a detail.  I painted in a GI Joe Cobra color scheme for use in Stargrunt games.

These ones have helmets.  Almost everyone has GW Imperial Guard plastic backpacks.

Here you can see their Imperial Guard backpacks.

Here are more of these minis, without helmets.  They appear to have lost all discipline with these haircuts.  Some have what I would imagine are very "Emo".  "If our guns don't kill you, our pouty taste in music will". 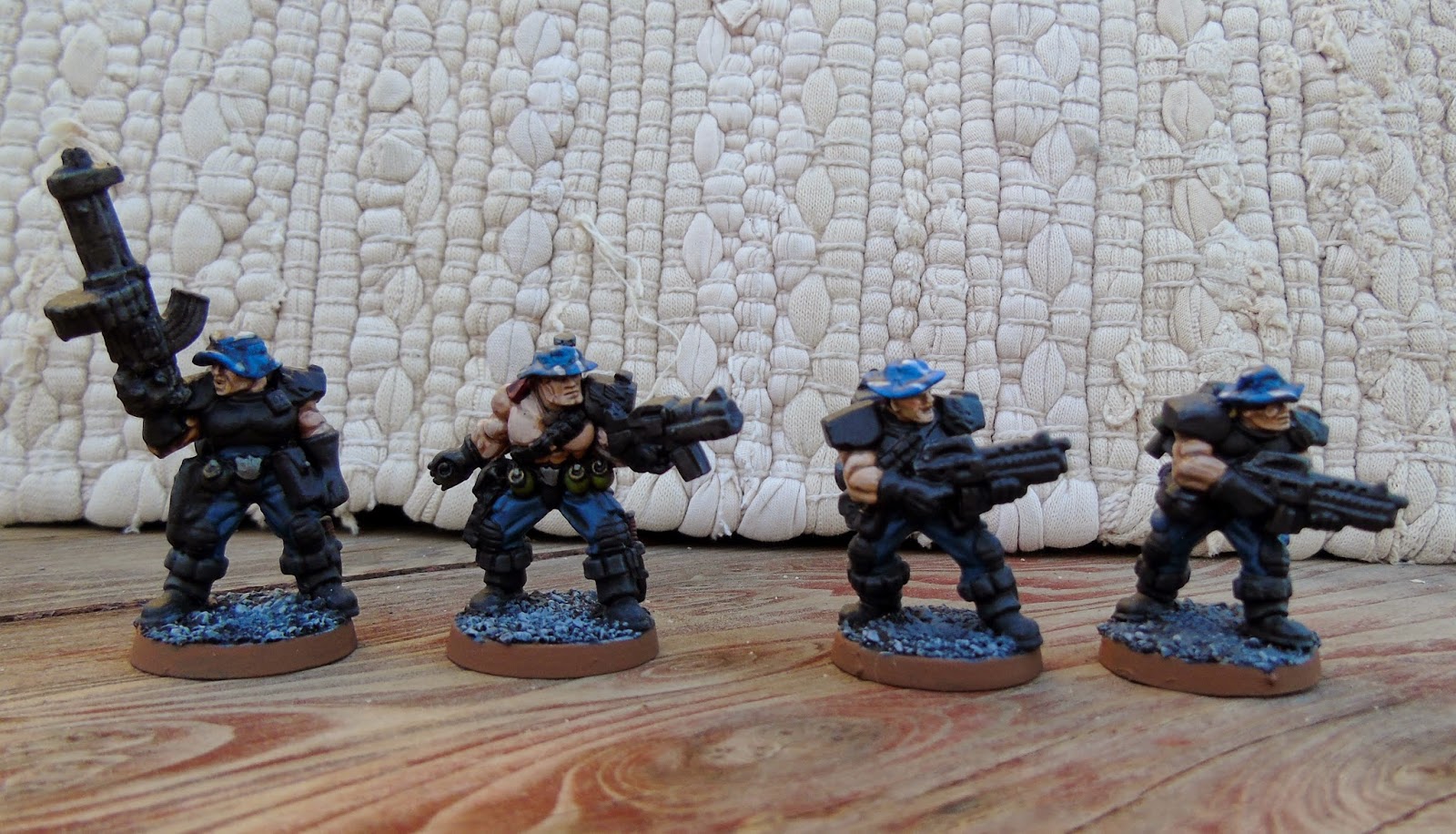 Some metal Space Marin Scout Miniatures; about half are previous paint overs.  Actually the previous owners painted them in a similar paint scheme, this made me worry less about missing areas while painting.  Their greens will counter the Cobra blue well.

Here are some pics of a 2'x2' rubble city terrain piece.  Here the front of a bunker I've added because I was so bored of painting rocks. 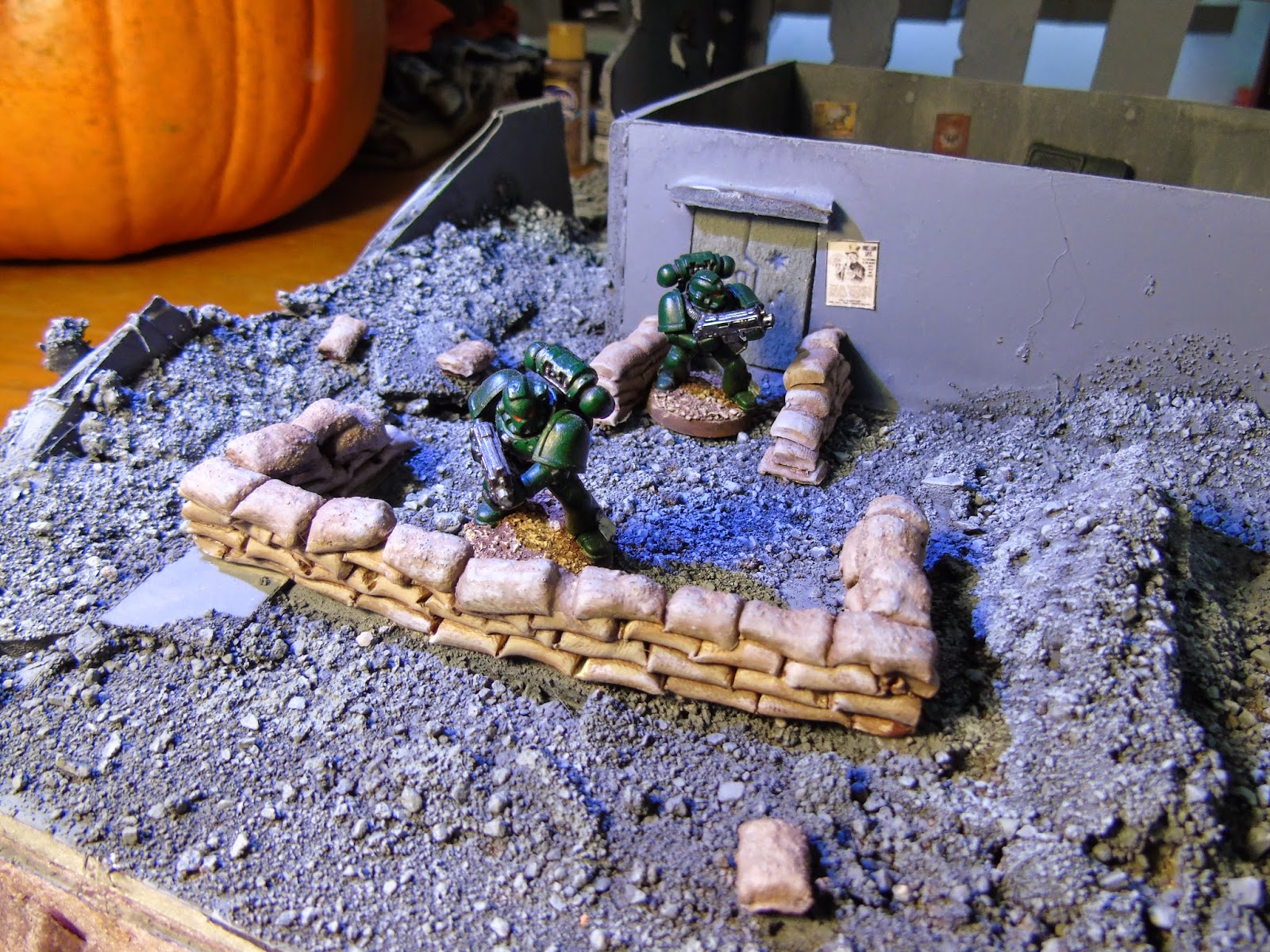 Here's the inside I'm dissatisfied with.  I need to paint more on the giant computer components.  That rusty thing in the right corner is man hole cover to the underground terrain, I'm going to build ala Fallout style for under this board. 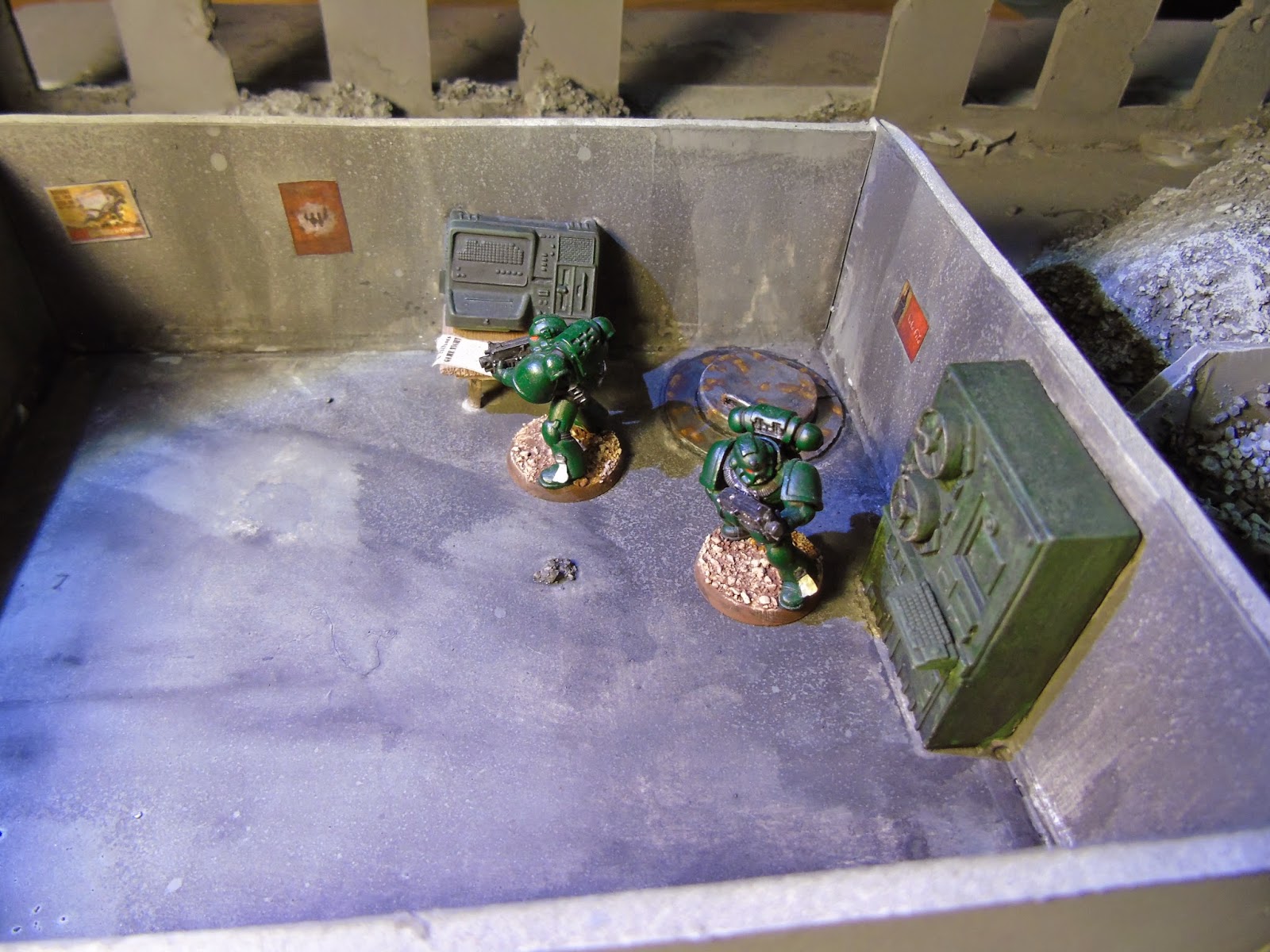 Here's a shot of the whole piece, which needs more detail in the larger rubble section.  The bunker needs a top. 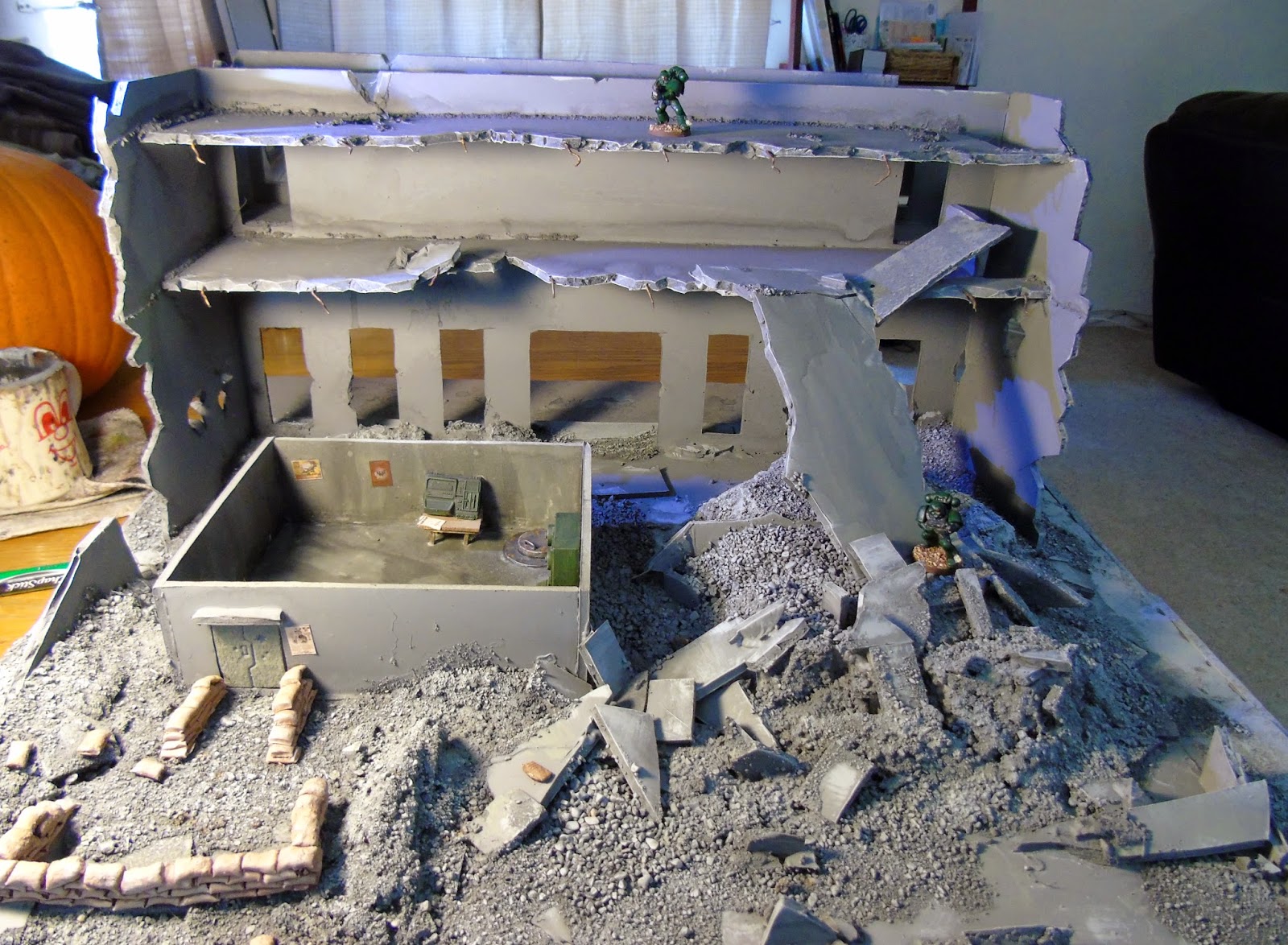 Here's the dull looking front; completely lacking detail in most of the first floor.  I have since paved the road out front. 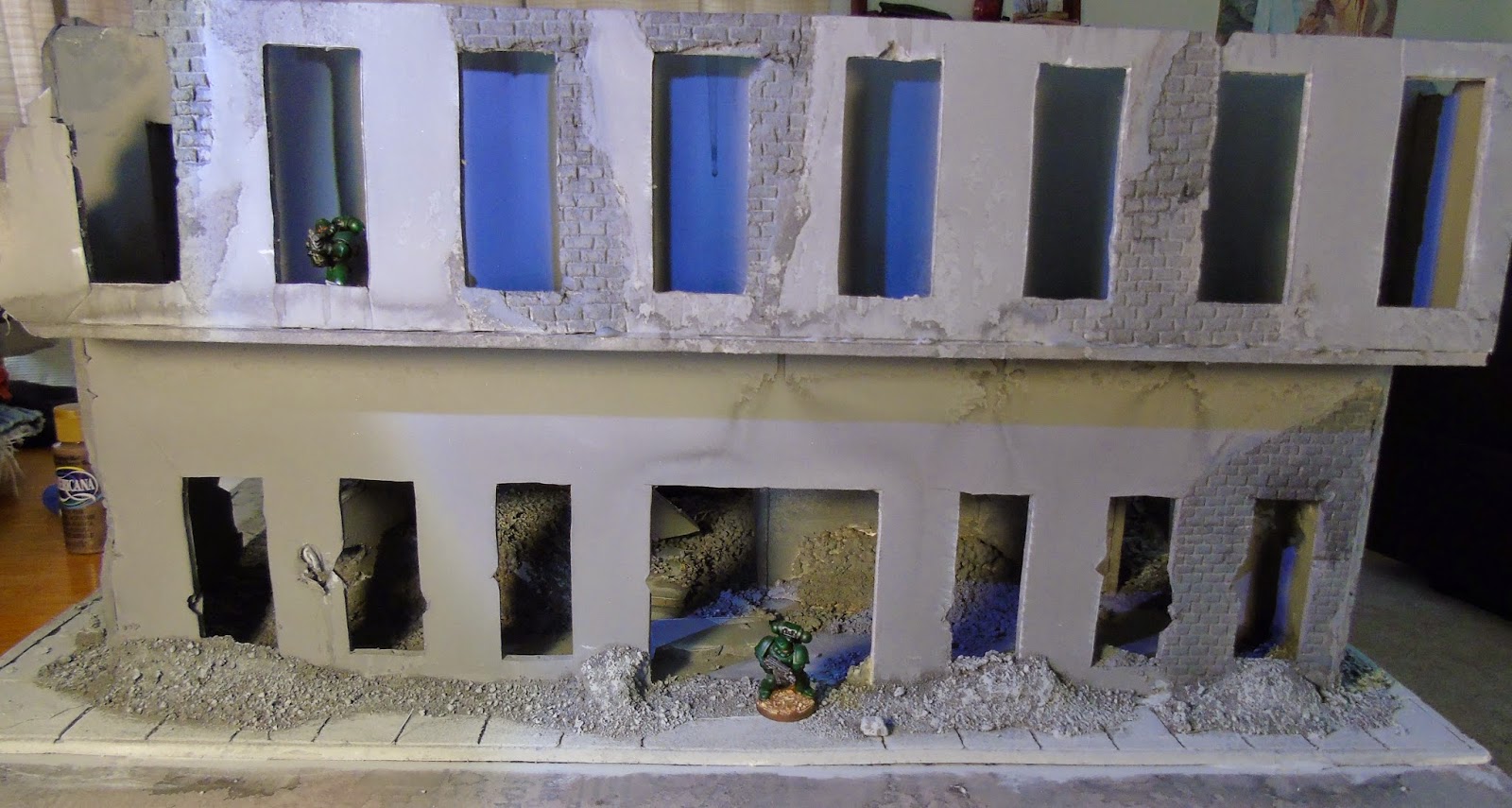 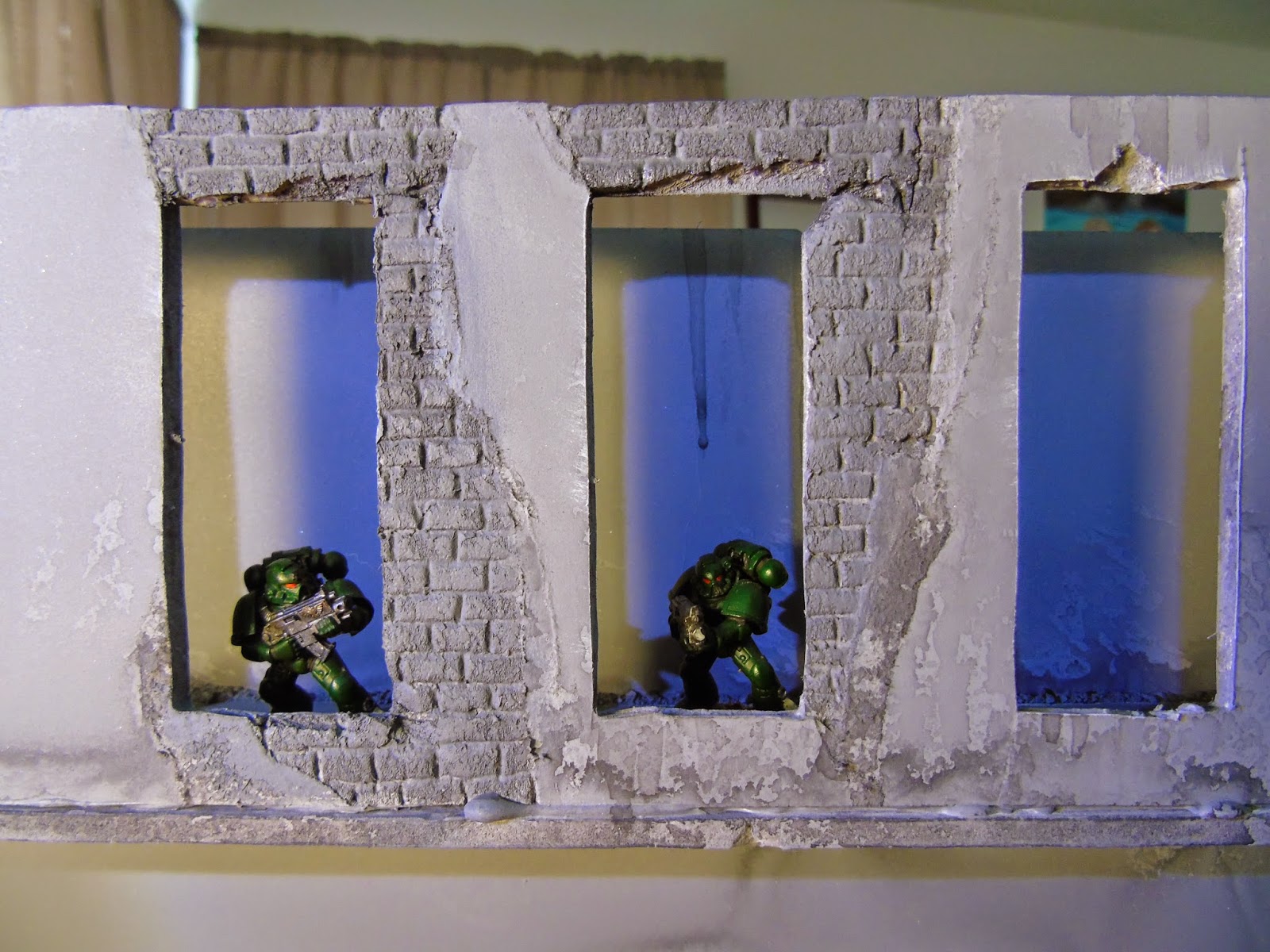 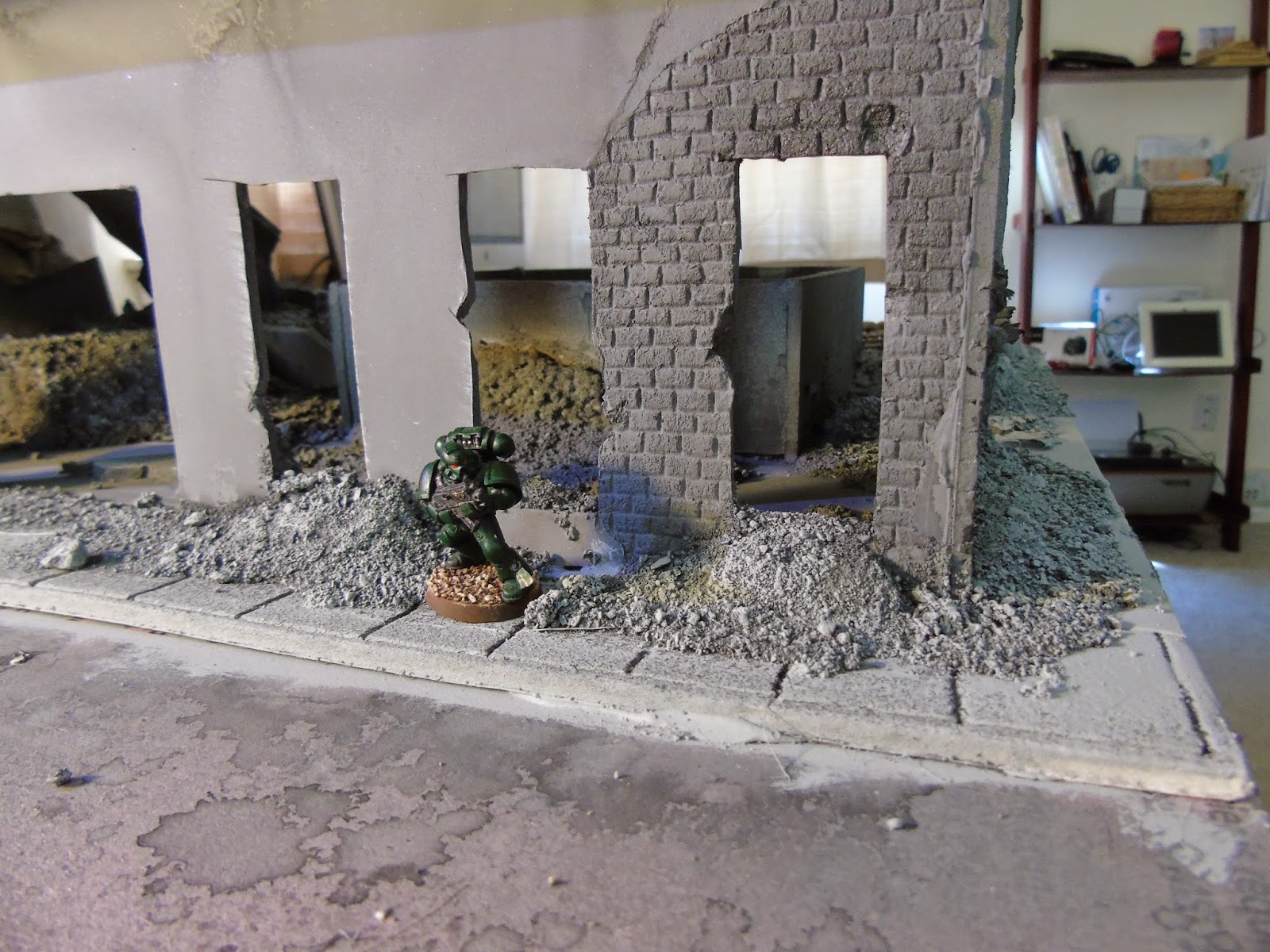 Once the terrain and last batch of Stargrunt minis are done, I think I'll be going back to Napoleonic French/Prussians, Ancient Dacians, and LOTR Rohan.