First are eleven of those plastic Perry medieval miniatures, that everyone has been painting up.  They recently saw their first action in a game of Lion Rampant. Here they are running away, just like they did in their first battle.  When playing Lion Rampant don't let your troops get caught in rough ground, by ferocious troops. 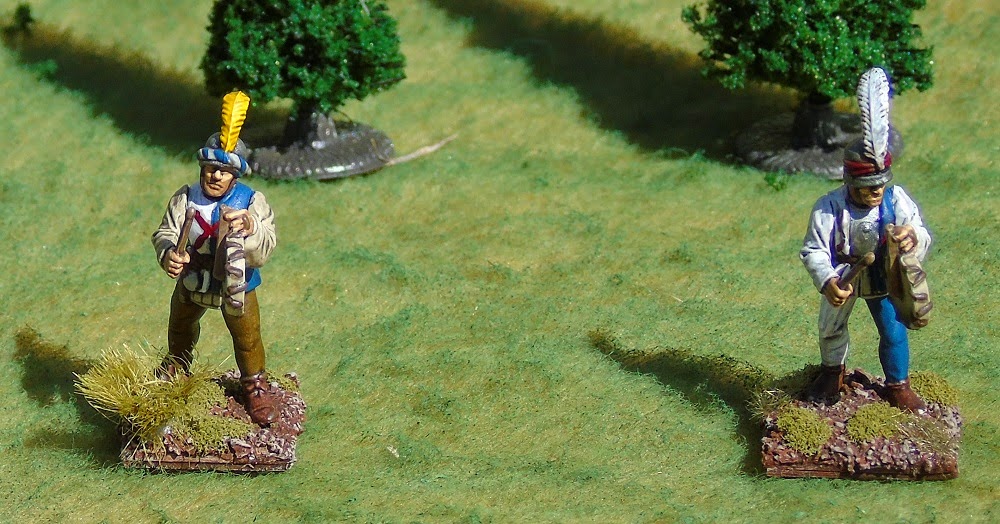 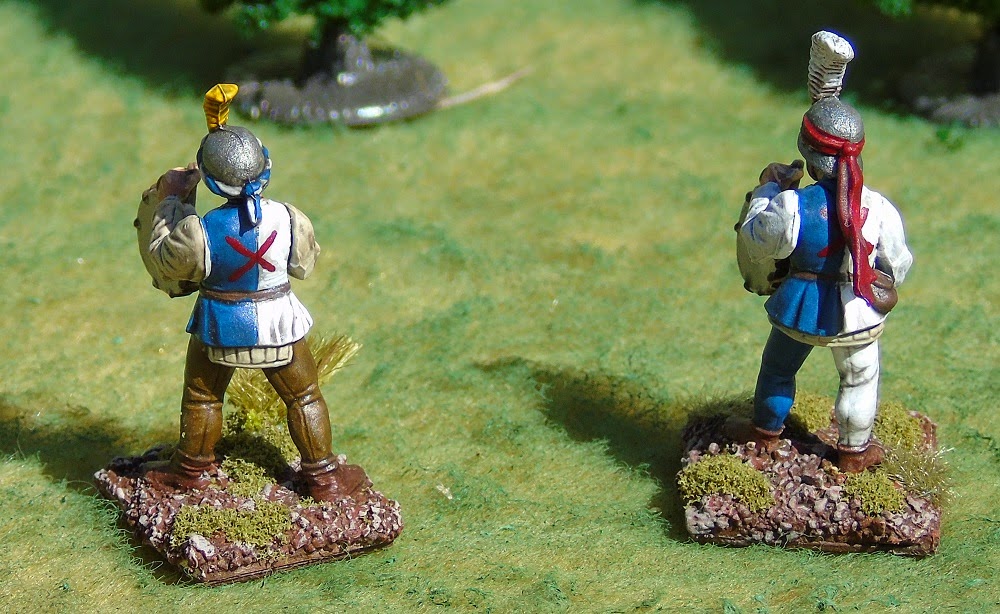 Here are eleven Perry metal Chasseur a Cheval.  I loved painting them and my only complaint is the swords are metal and will likely be mangled by the end of their first battle. I constantly bent the stupid things while painting them.

Here they are running away from my sword bending fingers.  I base most of my cavalry on a mix of single and multiple bases.  It allow some ease of movement, with the ability to use the minis in a skirmish game. 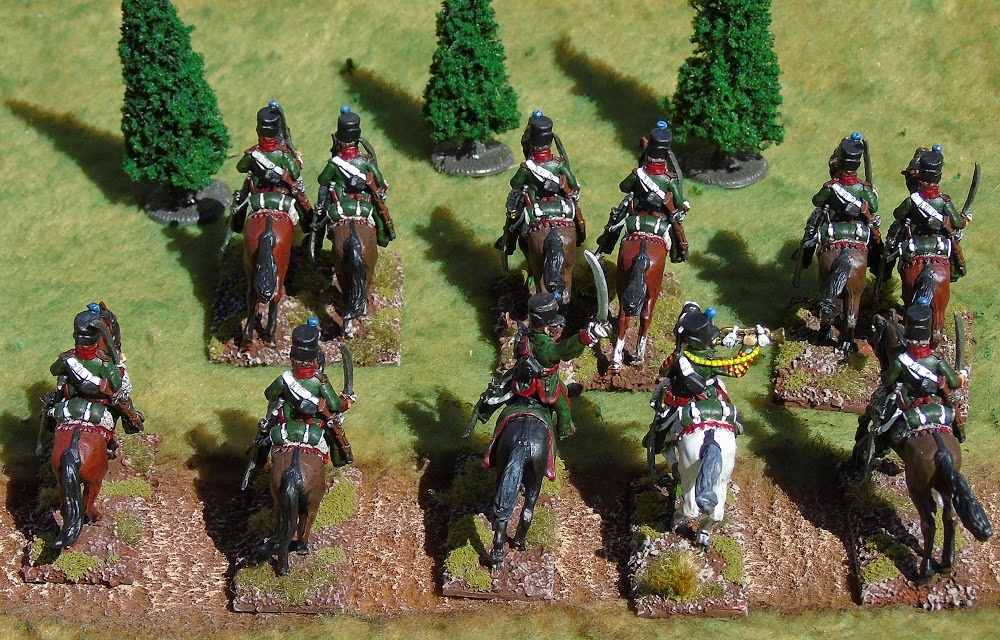 Here's one the GW LotR Ringwraith minis.  I wish I had a few hundred of these guys, they paint so fast I could double my score in a week.  It's a extremely versatile miniature that can be used in all manner of games. 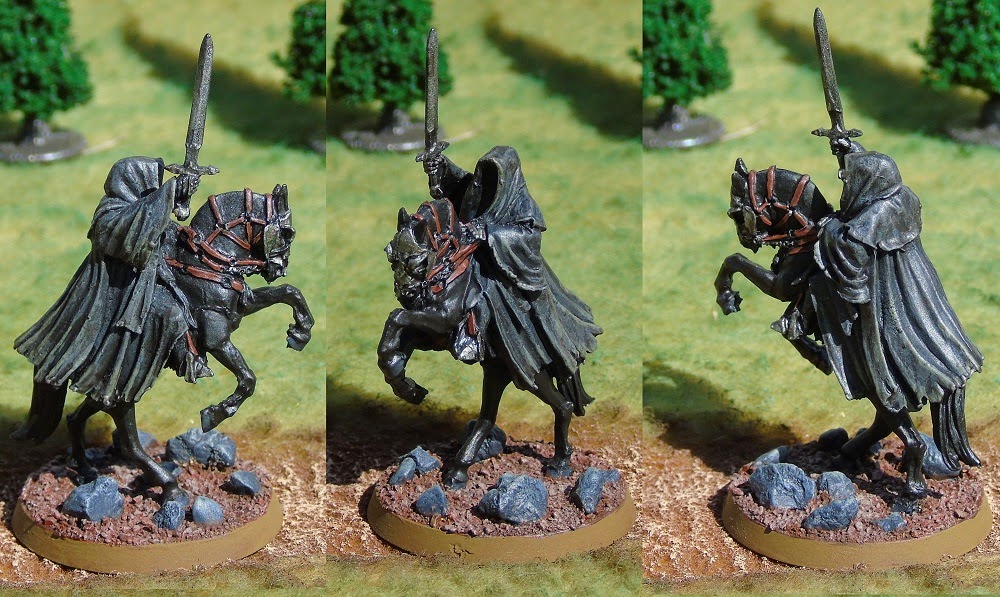 Here he is as a French Officer leading a cavalry charge into some disorganized billmen. 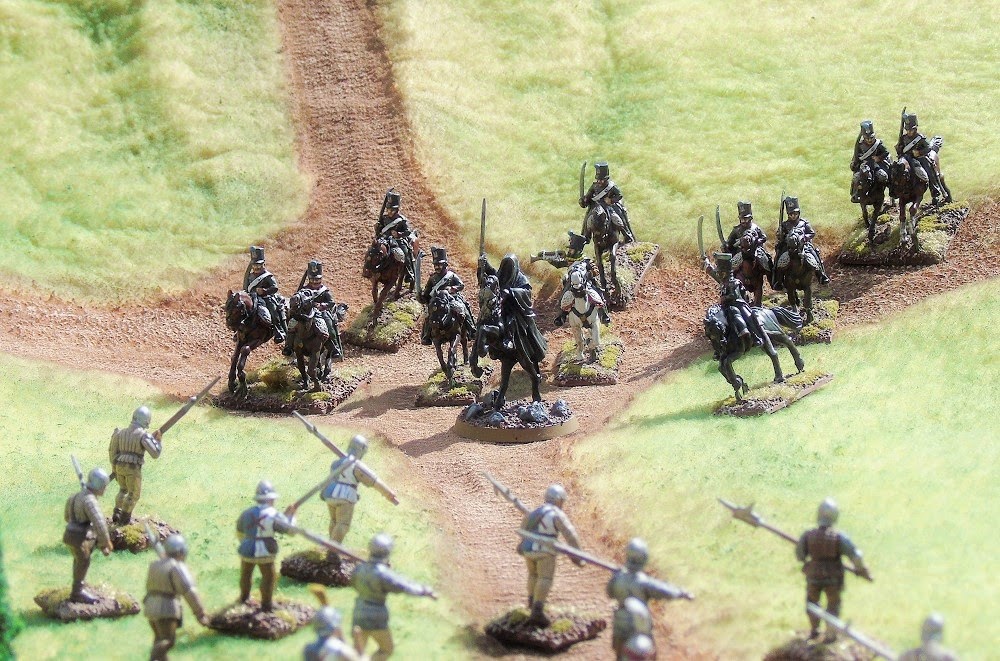 Till next time, when I hope to have some more minis including a few French Fusiliers.