I've managed to take pictures of miniatures done so far this year.  Once again I was only painting what I could find that was primed, due to recent poor spray painting weather.

First up are nine of the old metal Tallarn(?) Imperial Guard models.

I've officially decided to quite painting my sci-fi round base sides green. 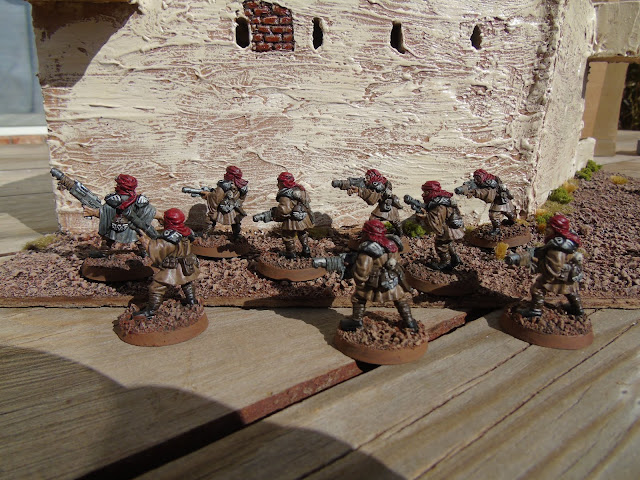 Here are two Perry plastic horn blowers that I painted up for my Burgundians. 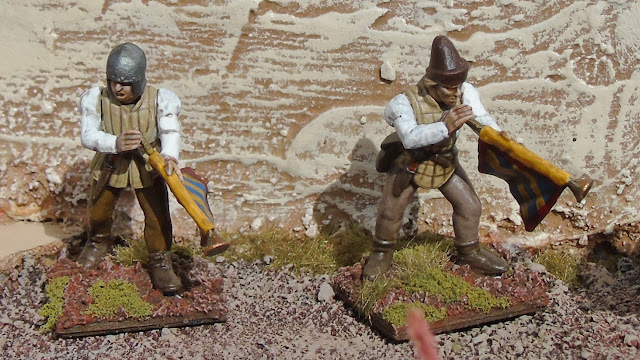 I have no idea if Burgundians even liked to blow on horns.

Here's a mostly paper Leman Russ 40K tank.  I didn't make the paper parts.  I bought it off eBay many years ago and understood the incredible price when I opened the box. 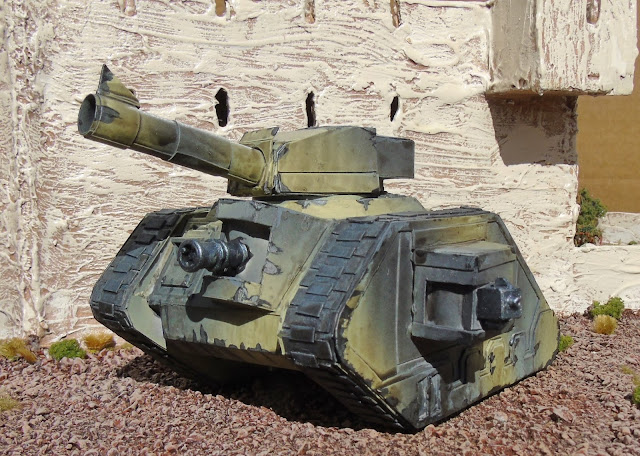 Only the center core piece is official model.  You'll probably notice that I didn't do any detailing inside the left inside quarter panel. 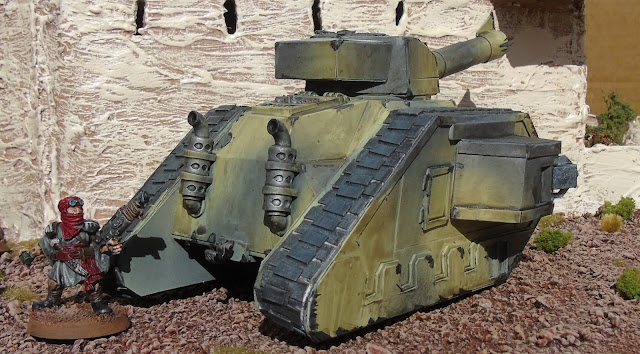 Here they are looking at the wall.

Here's a couple ugly monsters:  an ugly flying thing from the OOP Doom board game and a Gug from Reaper miniatures. 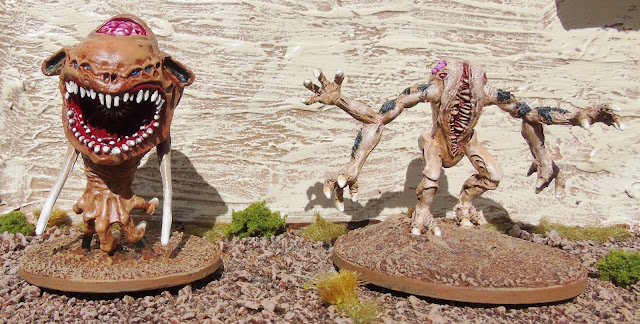 The Doom monster had a mouth in it's mouth, which was a pain to paint.

Lovecraft wrote that Gugs have black hair.  I wish he had imagined brown hair as it would have looked much better.

Here's a coffin I found in my junk box. 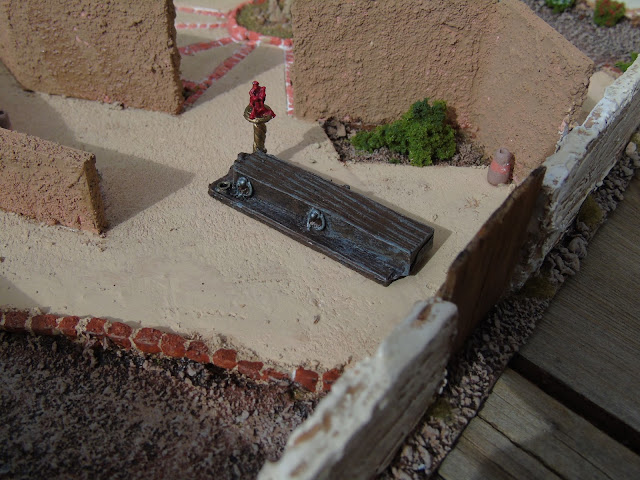 Here's the Guardsmen fighting the pesky winged Eldar, in a courtyard.  The building is, I guess, a blockhaus.  I was inspired to make it by Black Hat Miniatures far superior model, which can be seen here:   http://www.blackhat.co.uk/product/eaga03p/ 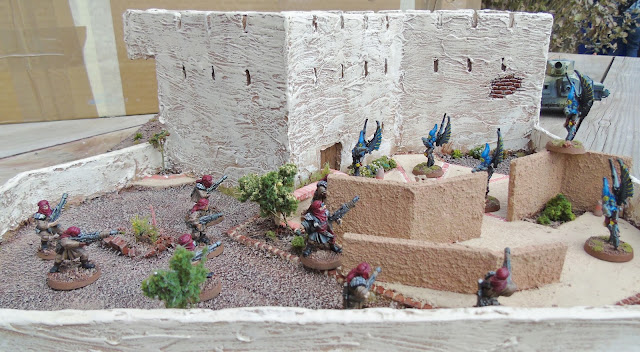 Here's all the colonial terrain I've recently made.  If you look at the top of the blockhaus, you'll notice I forgot to make a hatch to get on the roof.


Till next time, when a bunch of pagan Rus, a few dogs, some Squats, and a handful of Dacians should be done.