Two of the guys and I played a game of Pulp Alley, the Pulp Miniatures Game.


It was a simple game run by the talented Dave, who knows the rules and organizes most of our games.  This straight forward scenario, kind of a meet and greet, seemed to be designed to teach us the rules.  There are 5 plot points that need to be recovered; it was like playing steal the bacon with guns. 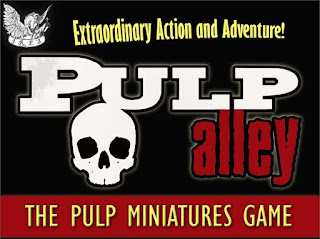 
There are two leagues (sides).  The near side is the Phantom Ace, his sidekick Gauge, and two Allies.


The far side league is led by Richard "Rick" O'Connell, his sidekick  Evelyn "Evie" Carnahan, and three followers. 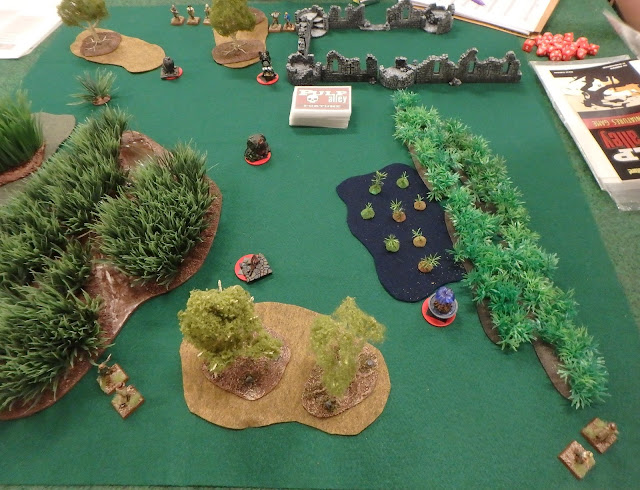 Phantom Ace's side has the initiative and the ally Sam immediately trips and falls on his face. 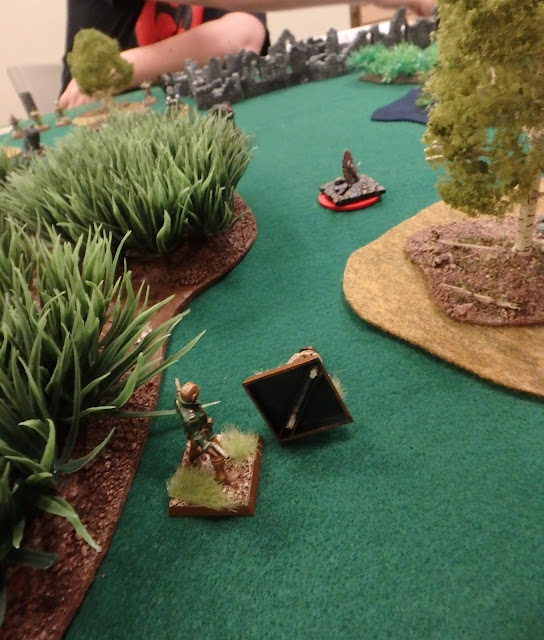 Ace's second ally, Hank runs up to the plot point closest to him. 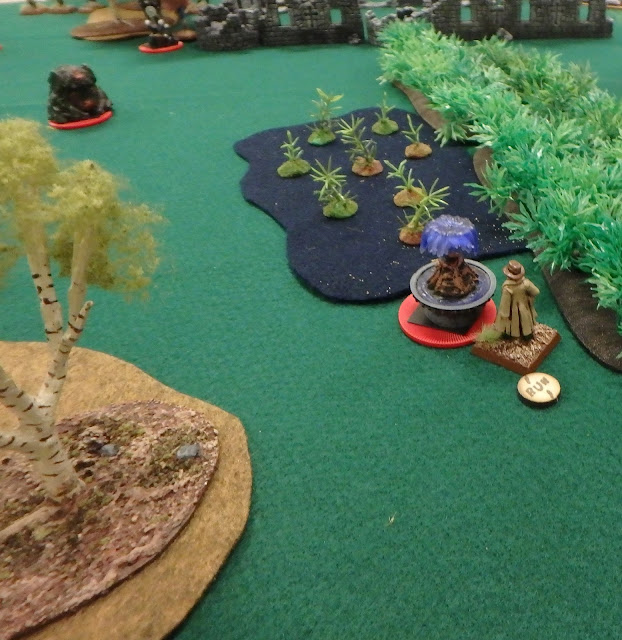 Rick's follower Gunter, also moves up to an objective.  He then pulls a Sam, that's good.

The sickeningly handsome Rick walks past the dazed Gunter and uncovers the objective, that's bad. 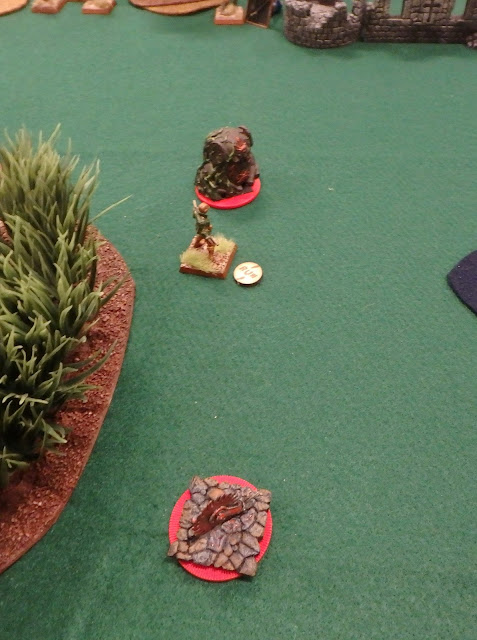 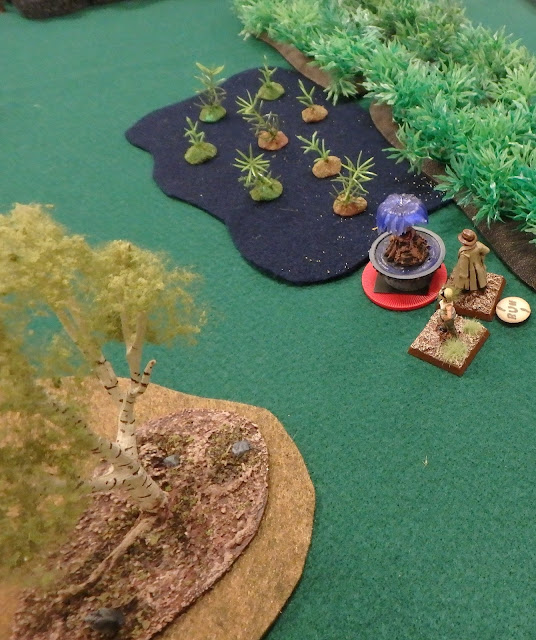 Sam manages to stand up. 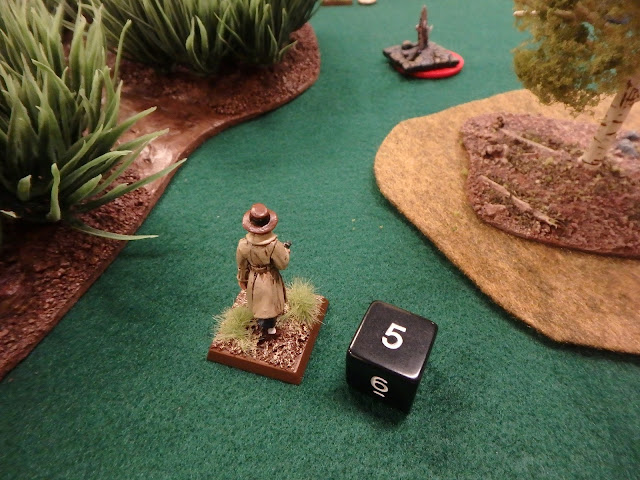 Oh great, Herr Gunter has also arisen and advanced towards my major objective. 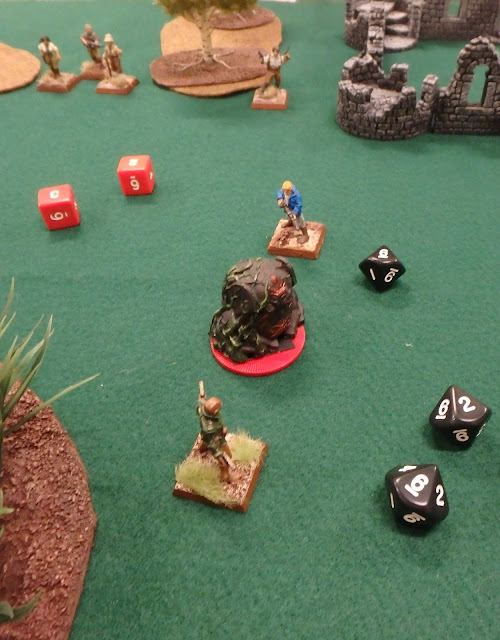 And so does the Rick. 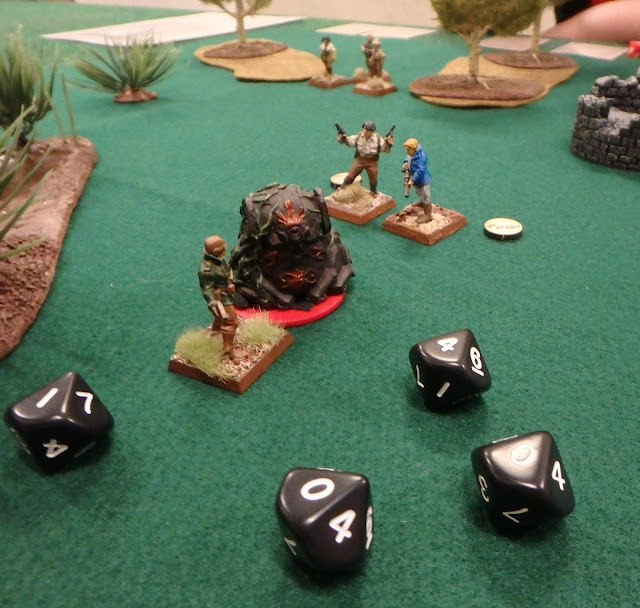 Gauge apparently makes a deal with the devil and uncovers a plot point. 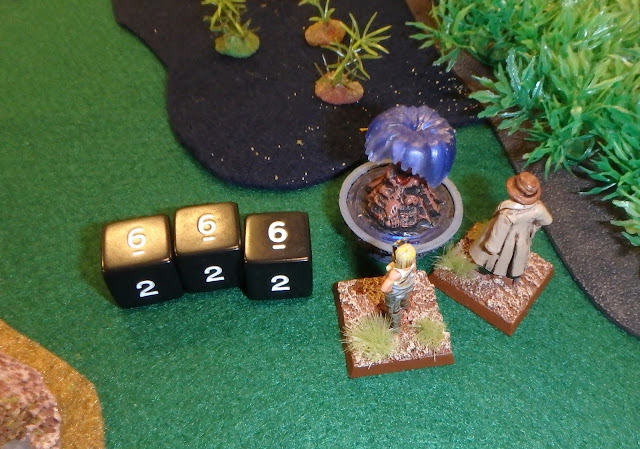 Sam tries to uncover a plot point and only needs a 4, 5, or 6 on a single die.  He will fail and fall down. 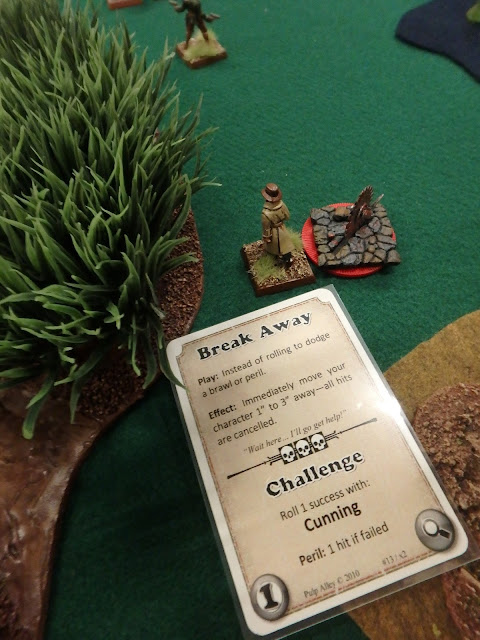 Sam decides to fall down instead of fighting the Rick.  He does this most of the game, every chance he gets. 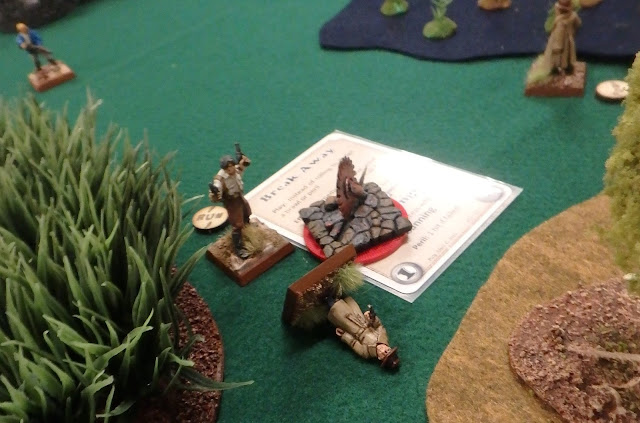 Sam gets up, in time for Rick's horde to arrive and Evie steals our objective. 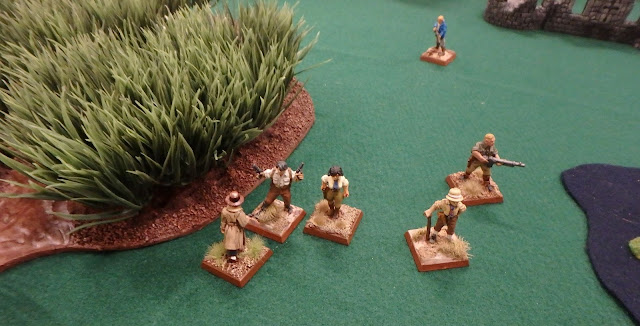 Phantom Ace and Gauge decide to let their useless allies slow the enemy and escape with the prizes. 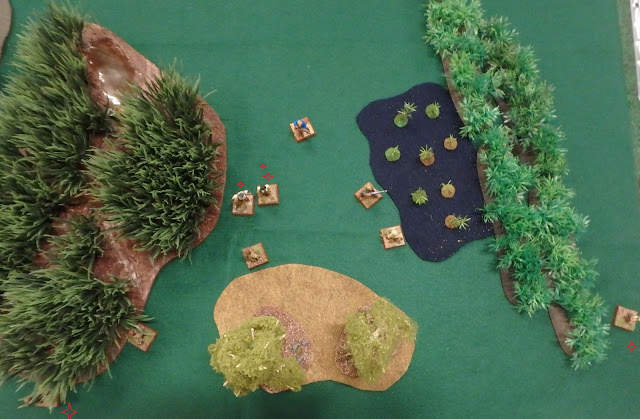 Gauge foolishly brought body armor and can't run fast.  She decides to hide in the bushes. 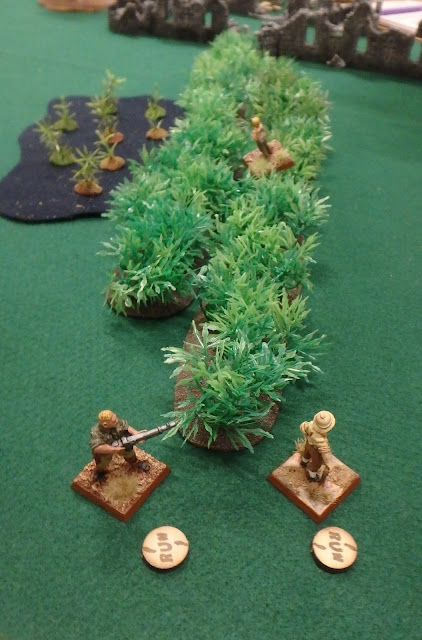 Phantom Ace makes like a phantom and is practically gone. 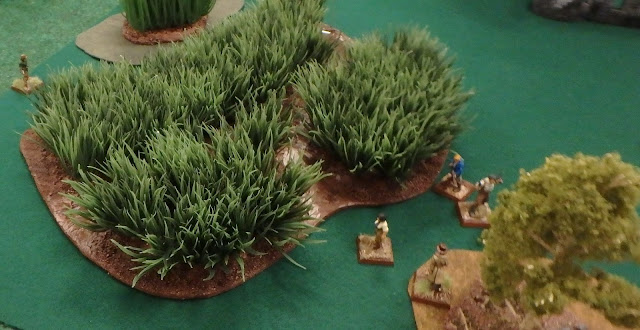 Oh dear, the ineffectual Gauge is about to be captured and have her prize stolen away.  That will not make the Phantom Ace pleased. 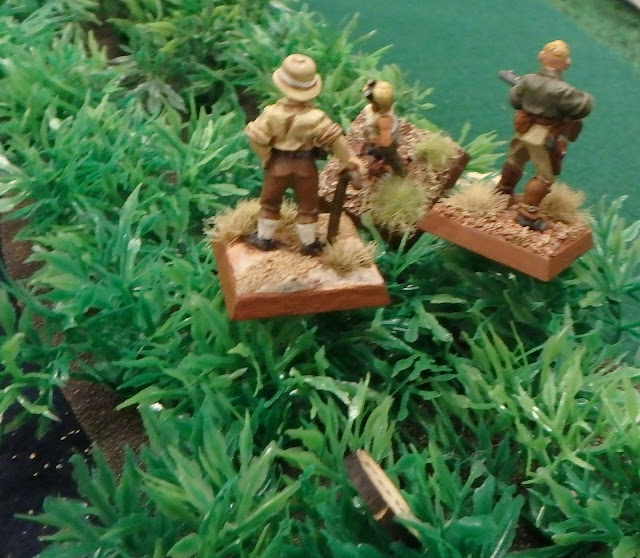 Luck is with the Phantom Ace today and the game ends.  Gauge and Ace escape.  Sam and Hank played their roles as pawns.  Sam ended the game on his face.  One major and one minor plot are more valuable than three minors, A WIN!