Hello Distinguished Master of the Interwebs,

Today is small post showing some of the crap I've painted for my ongoing Napoleonic Zombie Dwarf Fantasy furniture store campaign I've been working on.

First up are twelve of the Old Glory Second Edition Prussian Line Infantry.

﻿
Here they are walking away.

Here they are with a Perry plastic Prussian and a Warlord Metal Prussian.  They look like they'd fitter better with Wargames Foundry, but that's for you to decide because I didn't take a picture of that for some reason. 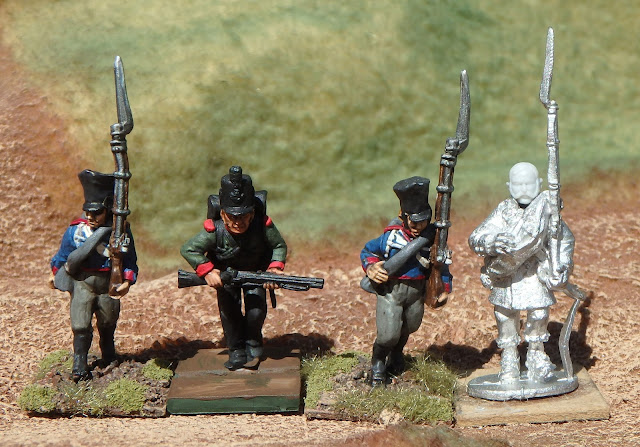 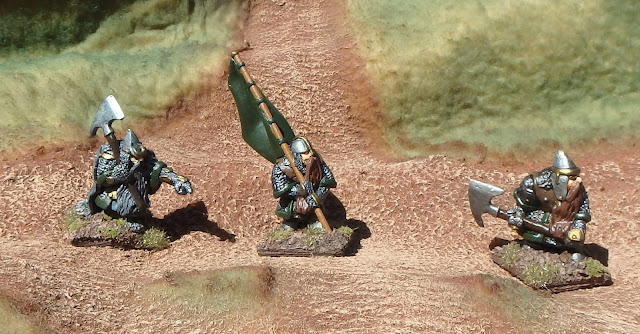 You can still get Grenadier dwarves from Mirlton miniatures.  Mirlton even has the ones riding giant bats.  I very much want to own those. 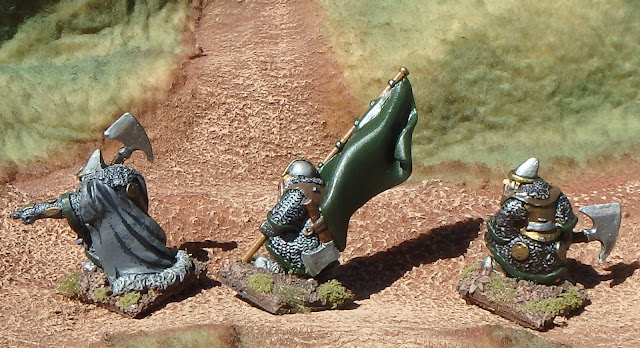 Here's three more.  The guy on the left is holding a drum or as I prefer to think, a cooler for of ice cold refreshing beers. 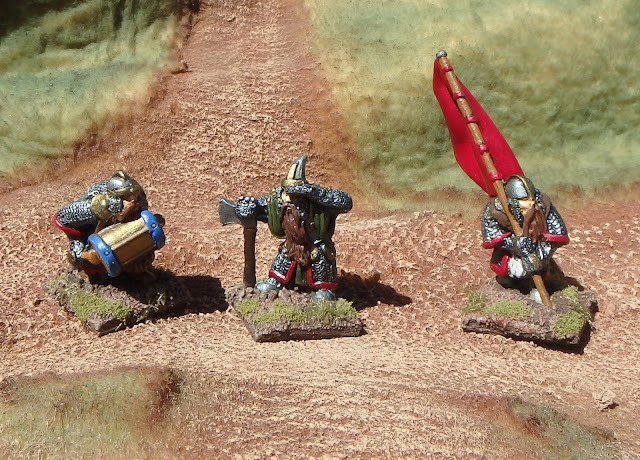 All these Grenadier dwarves were sculpted by Nick Lund. 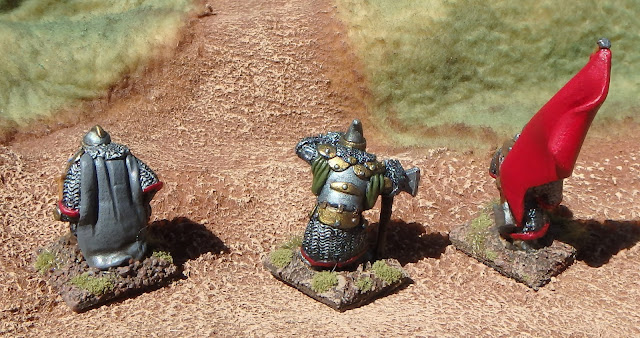 Here's four random dwarves.  I think the guy on the left is Ral Partha.  I have no clue who the guy wearing the trash can on his head is made by.  I wish I knew and that they made more like him.

The two guys on the right are Heritage models.  I'd bet your money they were sculpted by Nick Lund as well.

You could pretend the cannonball guys are the fantasy equivalent of a slow moving guided missile. 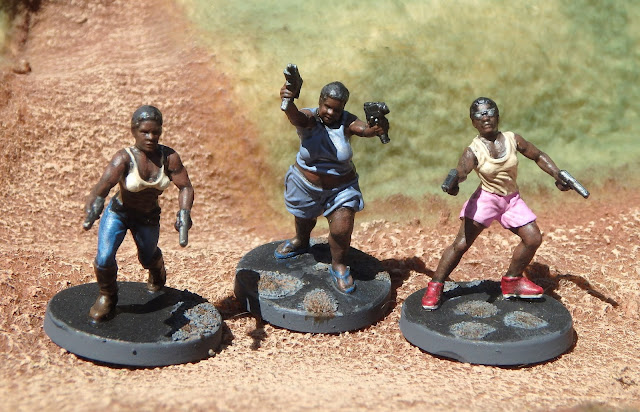 I'm going to pretend they are sisters, the one in the middle will be their little baby sis. 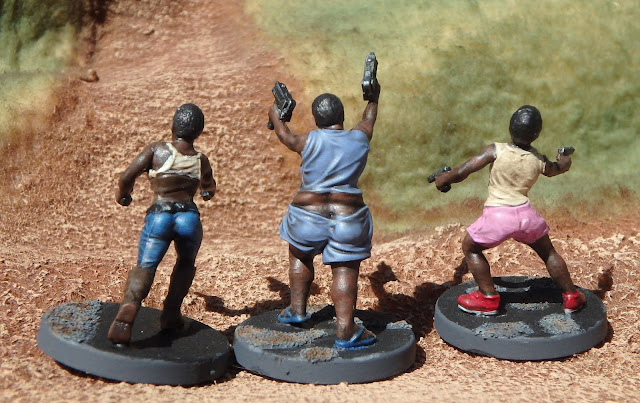 Here's two more ladies.  The one on the right has a mongloid sword chopped off a crappy Wizkids mini in a feeble attempt to make her look kinda like Walking Dead's Michonne (spelling?). 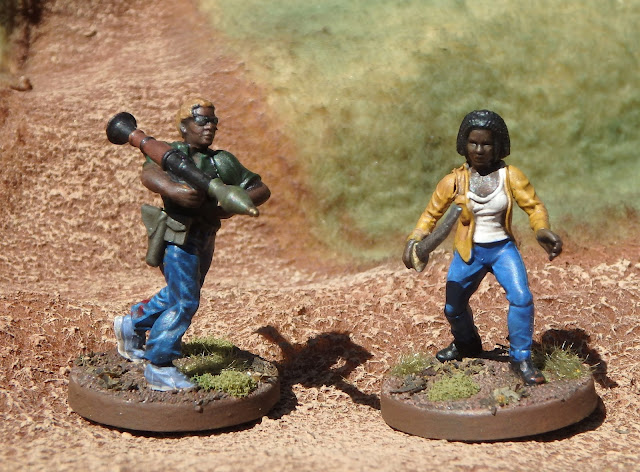 Here's some random terrain bits.  A out house (of unknown origin), the world's smallest trash dumpster, and a little wall I carved out of Styrofoam for unknown reason.

Here's three bunk beds that I made out of wire, sticks, Styrofoam, unused toilet paper, and love.

and three little single beds...I'm going to use these for my Goldilocks and the Nine Bears battle table. 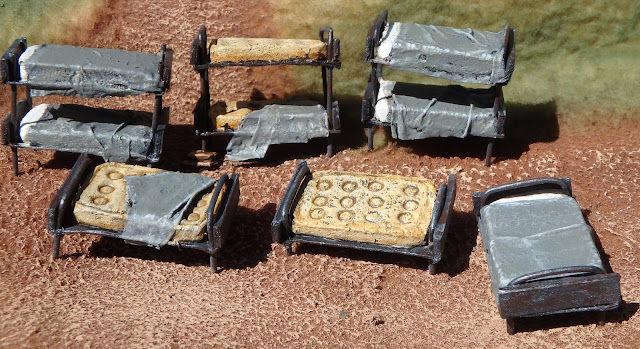 and three rusty cabinets made completely out of and painted only using Werther's Original Old Lady candies.

and here's four desks made out of Styrofoam, school paper, tooth picks, cardstock, and crickets.  I sort of managed to at least copy the rust patterns from the Fallout 4 video game. 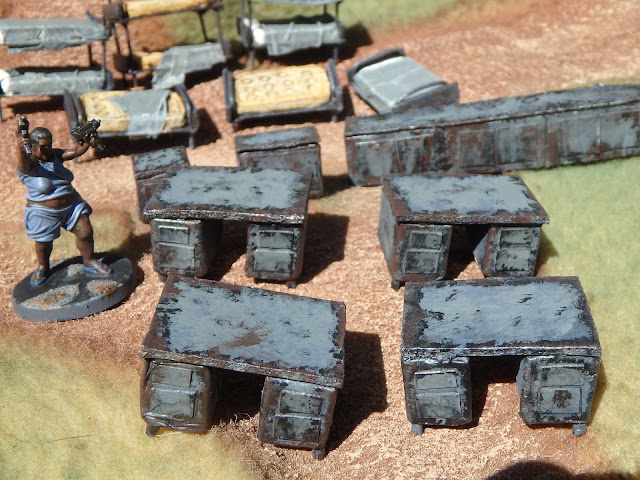 Here's a tent I made out of cardboard, paper towels, toothpicks, and eight pounds of glue.  I completely stole this tent idea from a amazingly clever crafter named "DM Scotty"  Here's a link to his Youtube facebook tweeter page  https://www.youtube.com/channel/UCF-i5kmuwyV6N3xi5z1TElg 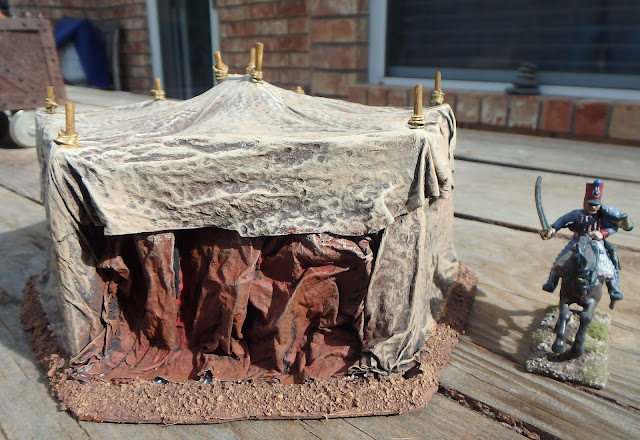 DM Scotty has made over 500 game crafting videos.  At least 499 of the videos are good.  Only one I know of is terrible; oh God is it bad; it's the worst burning or burned out building ever made; so bad;  I don't know what he was thinking; I hate it!  Hate! Hate! It's like his 4th video I think, so don't watch it, you'll never get those eight minutes back.  Watch the other 499 good, often great, and always clever videos. 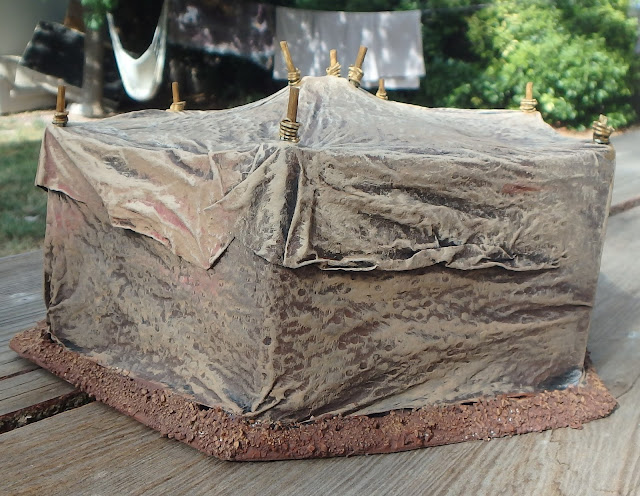 I think DM Scotty's tents came out better than my cheap rip off as well. 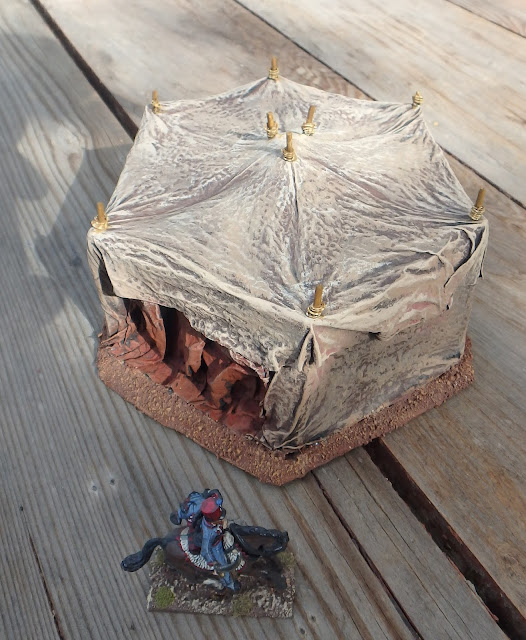 Till next time my beloveds, when we will either enjoy Dacians, more dwarves, and random crap like giant mushrooms; or I'll post another Pulp Alley report, we won't know till it happens.

love and kisses,
Baconfat
Posted by Baconfat at 4:31 PM