I thought today, I'd show you some modular Battlestations terrain I was working on.  I quit working on them, because Battlestations 2nd Edition is coming out very soon, with really nice game tiles; it seemed rather pointless.

Here's some scientists discussing science in the science lab. 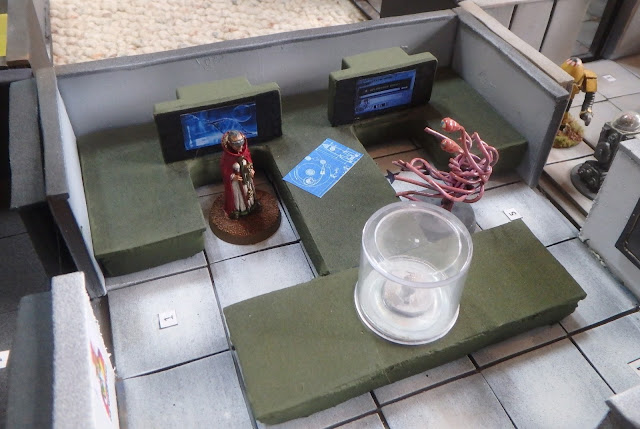 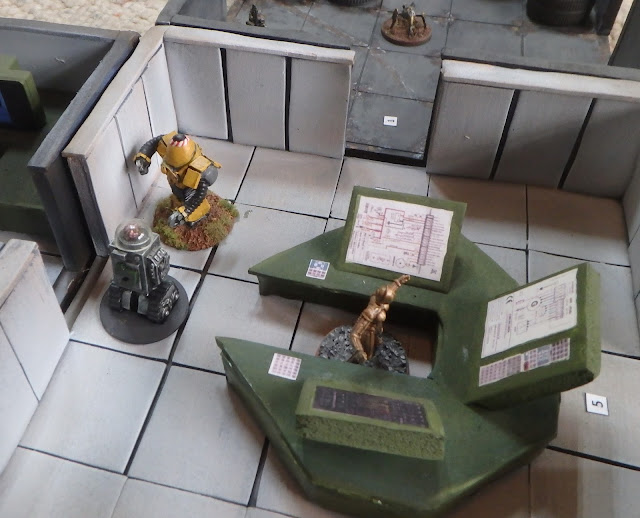 Here's a robot playing Atari Missile Command in one of the missile bays.  The missiles are made out of pens from the banks I rob. 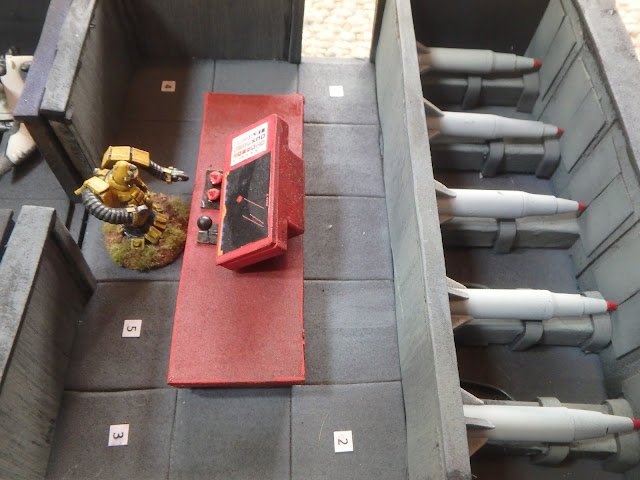 Here's some cute little robots running to a big gun wired to a Nintendo controller. 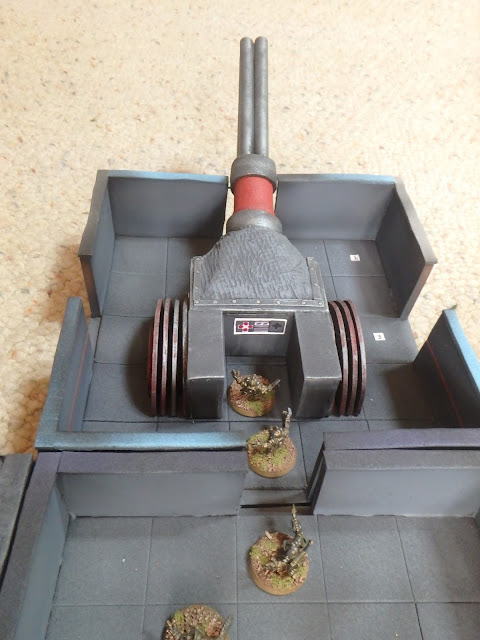 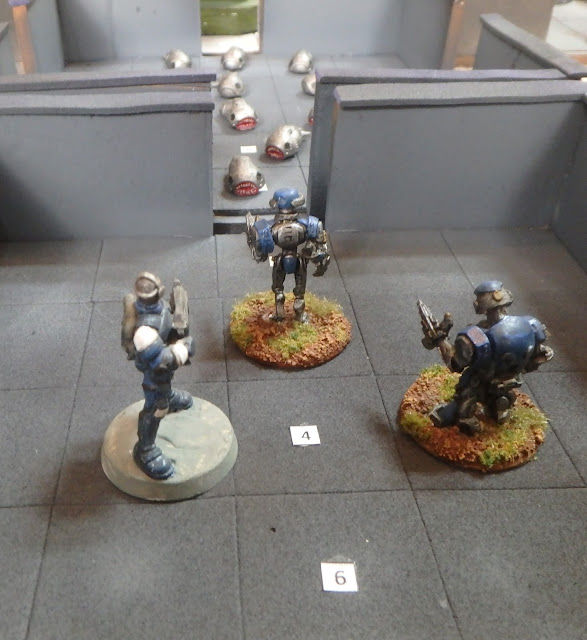 Here's a couple small bots wondering why the blogger is too cheap to buy proper shipping containers and makes barrels out of bottle caps. 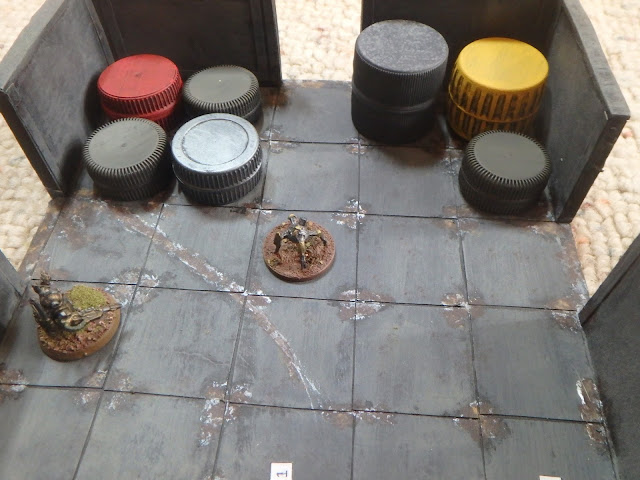 What the F are Evil Dead zombies doing under the floor panels? 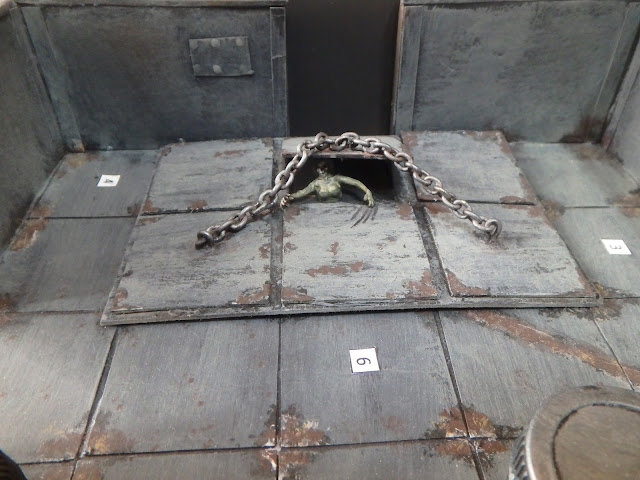 Here's the Captain and friendly poop alien loafing off on the bridge.  Can the enlightened viewer recognize the grids on the computer screens. 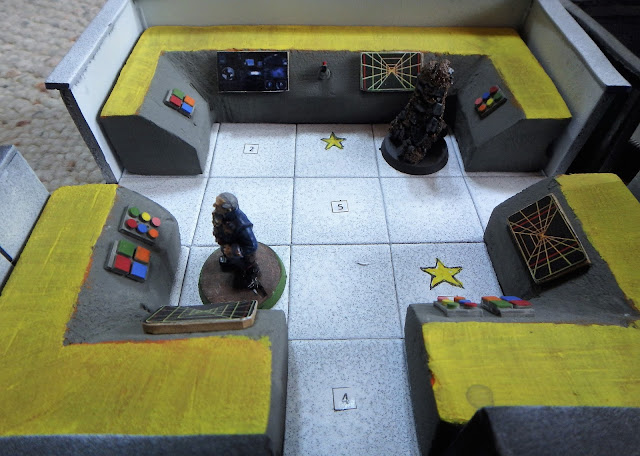 Here they are admiring the Epidote rocks they posed in front of.

"Come on guys, look at this uncommon Epidote formation." 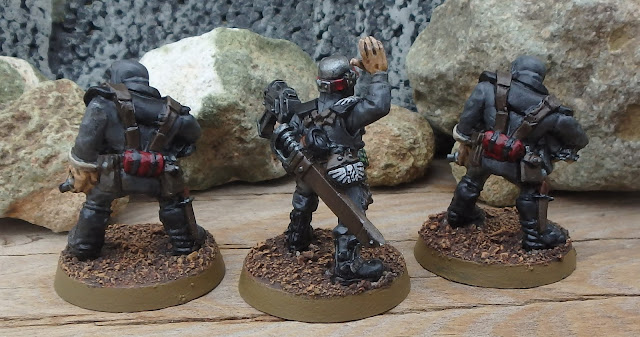 Here's an original Rogue Trader Assault (?) bike and a more modern one, that's a plastic/metal mix. 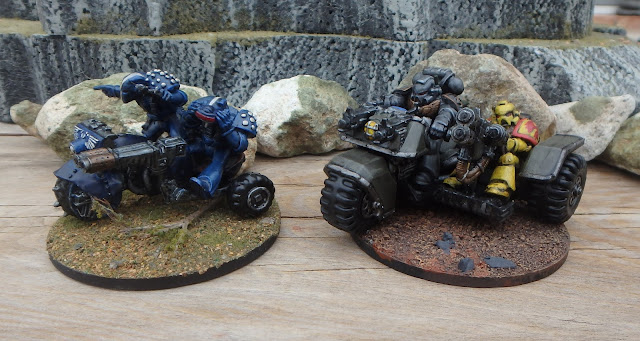 I forgot the Ultramarine symbols.  The yellow chap in need of touching up is a Flame Eagle.  The gray marine is a Brotherhood of a Thousand marine.  Only 953 chapters left and I'll have at least one of each! 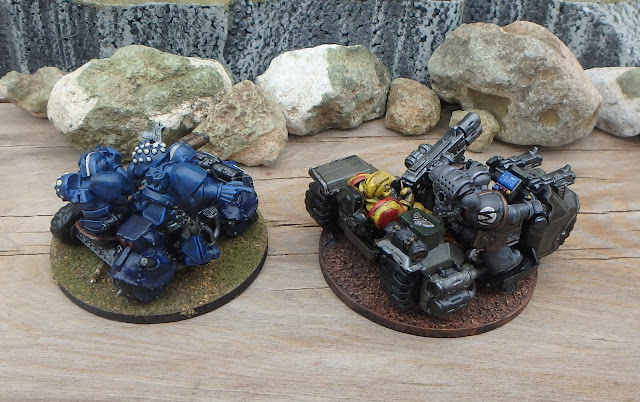 Here's some Warlord Games Prussian Landwehr and a Foundry Frenchmen (I only based the Frenchy). 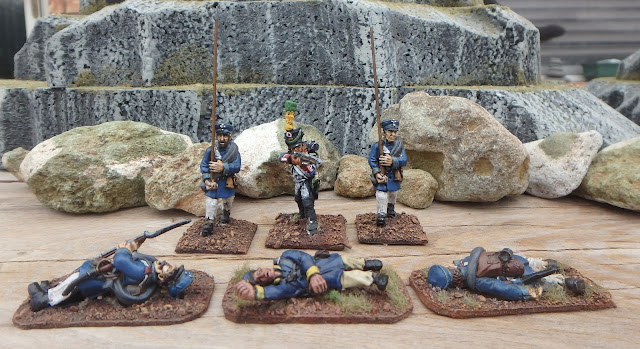 For the life of me, I can't think of a scenario to use napping Prussians.  Perhaps they were a rather sleepy people. 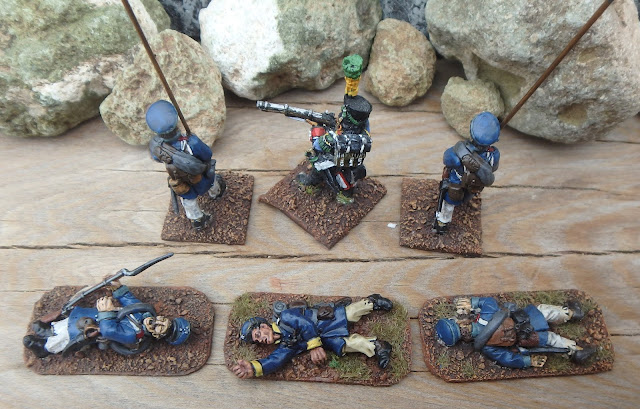 Here are some Warlord games zombies.  The two decomposing females are older sculpts from the Wargames Factory era.  The guy in the Starbucks Coffee shirt is a Roebeast's Magical House of Sunshine zombie model. 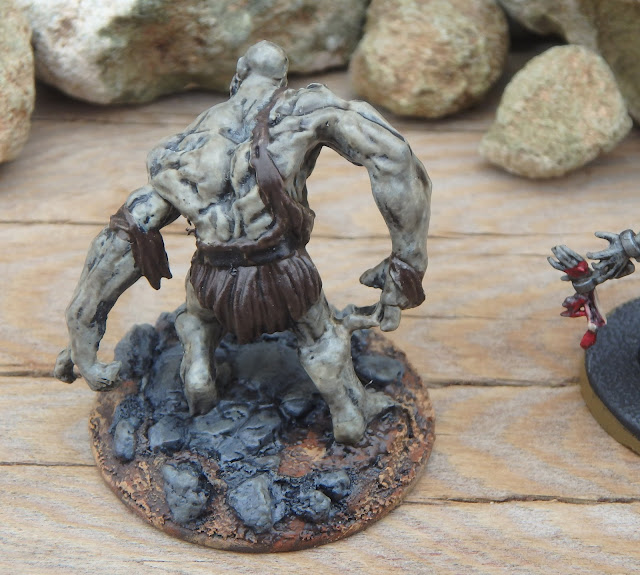 Two Old Glory robots, that I wanted to look kind of worn.  I'm the worst at painting yellow. 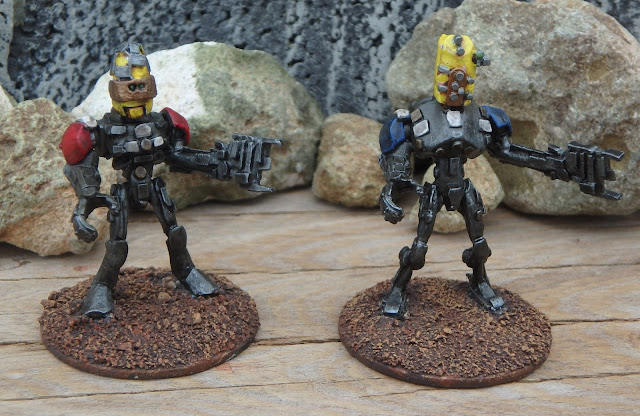 You'll notice a lack of grass on bases, because I ran out. 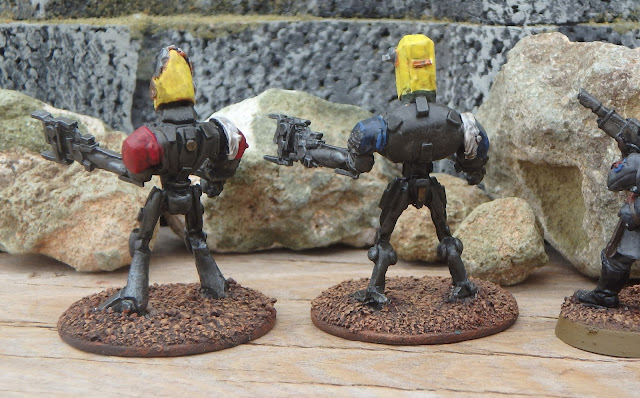 Till next time, when I should have some WW2 Americans, a couple Prussians, LotR dwarves, or whatever catches my fanciful fancy.