I have 44 things to show you today.  I hope you don't dislike sci-fi minis, because almost all the minis are sci-fi this time.  First are five Dreamforge brand Eisenkern Stormtroopers. 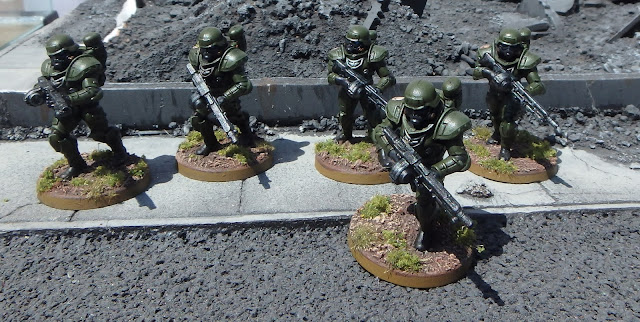 The skulls on their shoulders are GW decals, but of course there would be skulls on a GW decal sheet. 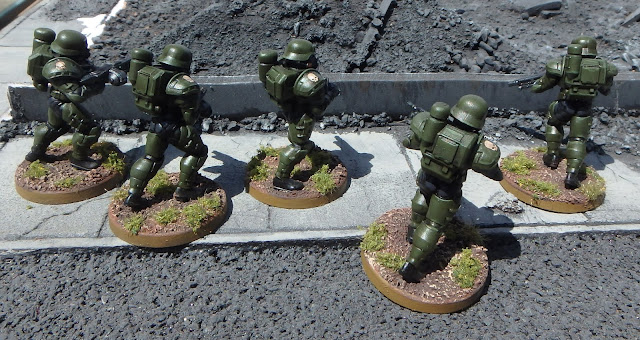 Here are four Anvil Industries robots.  I only finished basing two of them; want to do something different on two, but I don't know what yet. 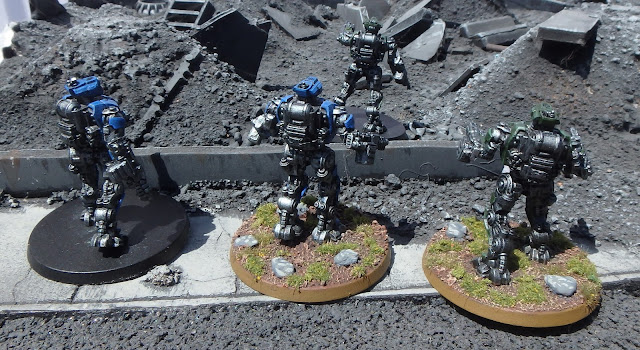 Here are five GW Tempestus Scions (formerly called Kaskirin, Stormtroopers, or heavy troopers).  These ones have Skitarri heads instead of Scion ones. 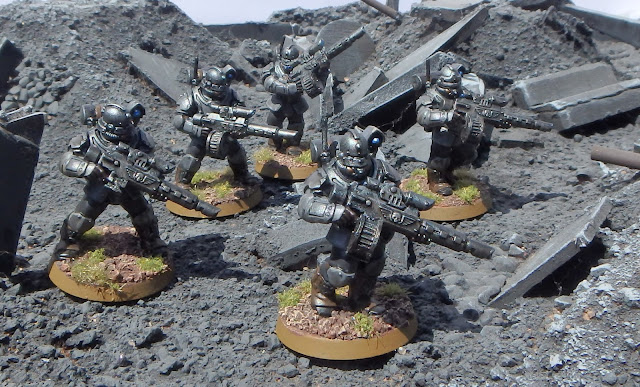 Their "hellgun" cords are removed and magazines are added to rifles.  I found these in a bits bin. 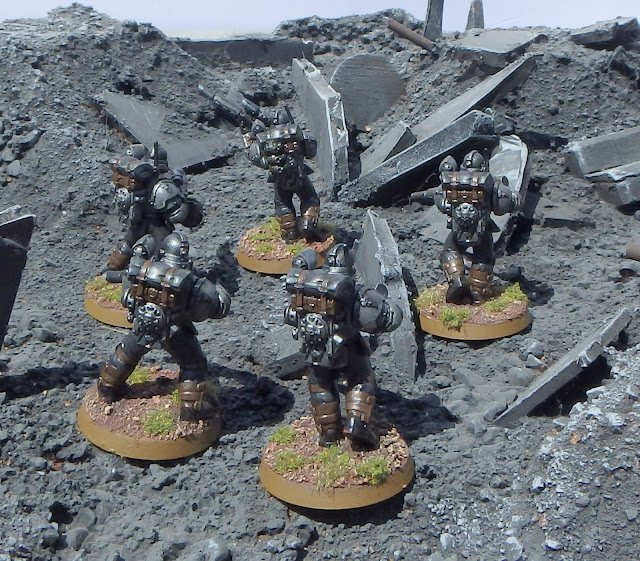 Here's a comparison to a Dreamforge stormtrooper. 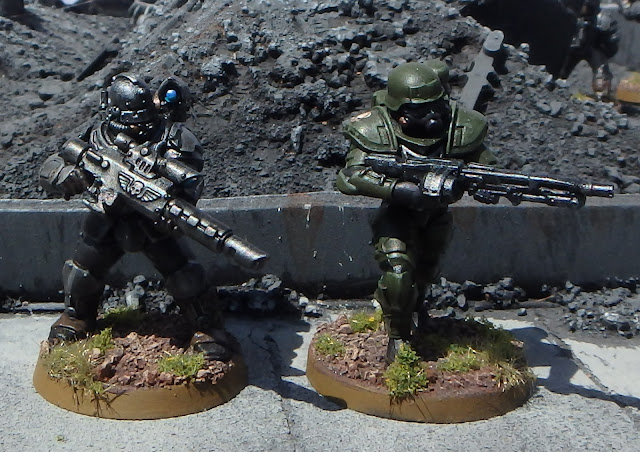 Here are three Brother Vinni miniatures that bear a striking resemblance to robots in the Fallout video games. 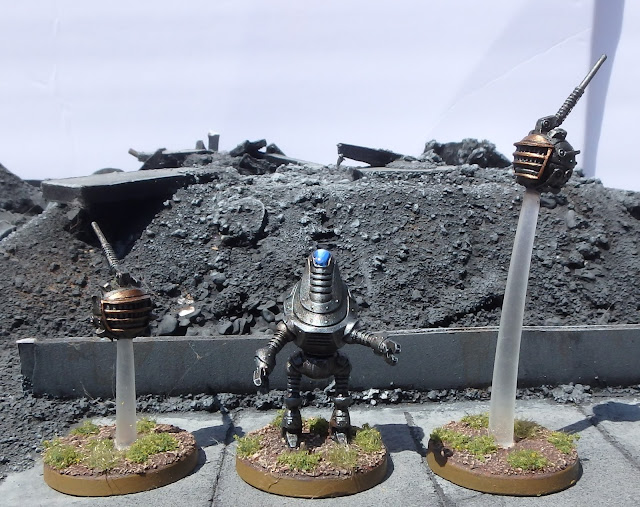 They're resin; I wasn't careful enough and broke off the tall eyebot or drones antenna (twice). 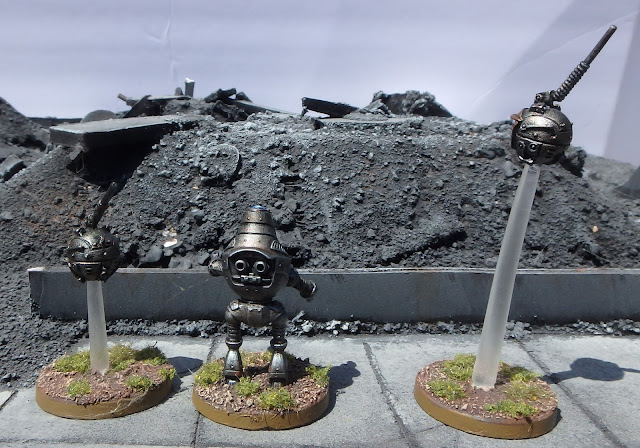 I'm down to 17 more robots left to paint, before I am complete with my robot army, with no rules. 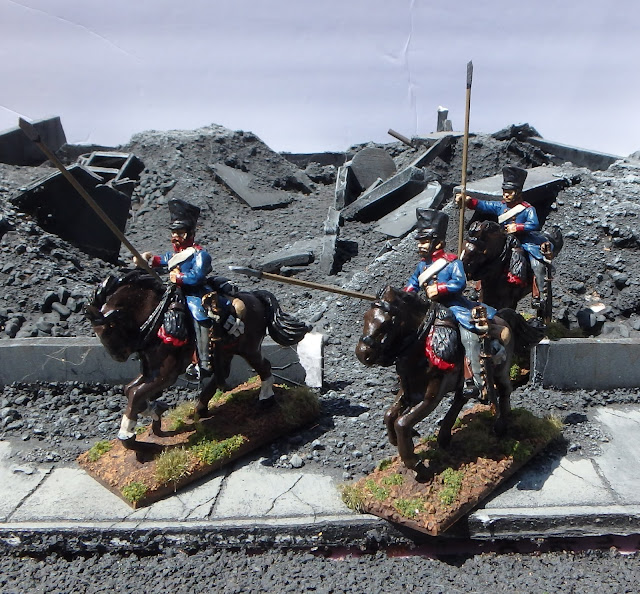 Plastic broom whiskers are what the spears are made of. 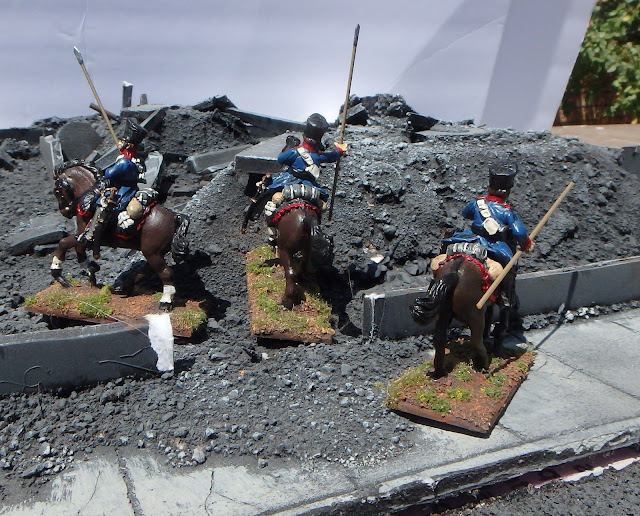 Here are eight GW plastic Skitarri coming down a hill. 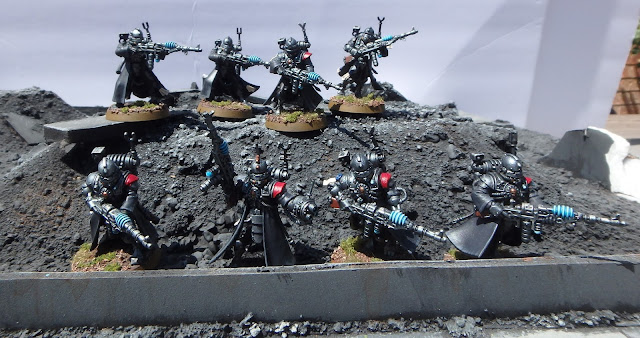 Stopped by the wall, they retreat back up the hill. 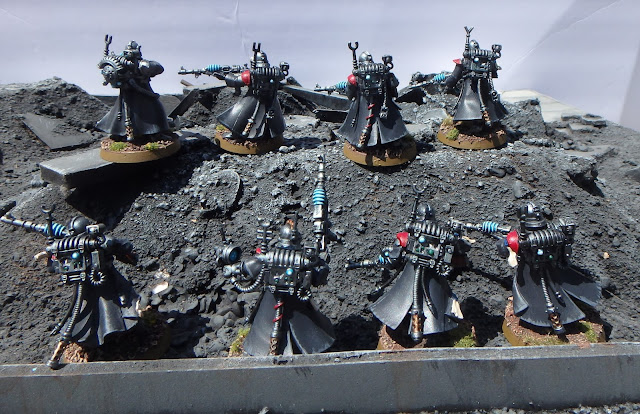 Here are some bits of scatter terrain I made out of assorted wood bits:  pallets, picnic table, and pile of wooden beams.

Till next time, my beloved, when we shall have Dutch Red Lancers, robots, peasants, and probably more.