I've painted a bunch of Battlestations miniatures for a friend.   Battlestations is an incredibly fun multi-map tabletop space ship table top game.   It simultaneously mashes starship versus starship space battles, with 28mm skirmish style wargaming complete with boarding and teleporting, and a roleplaying experience as your little robots and aliens gain skills, equipment, and weapons for their next adventure.

Here are two human females and a suit of power armor. 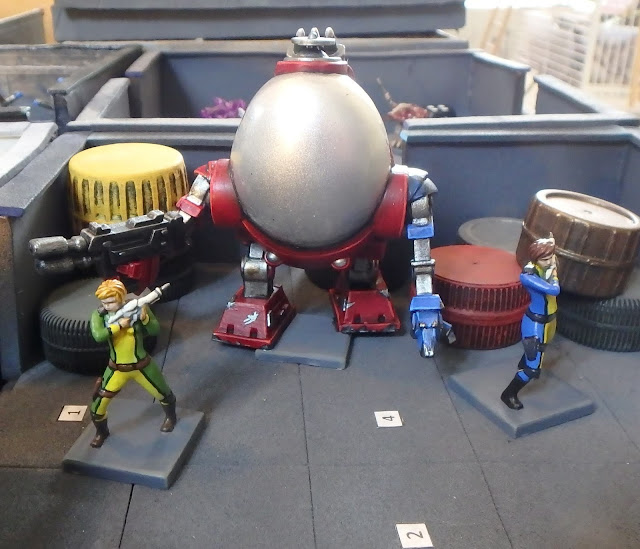 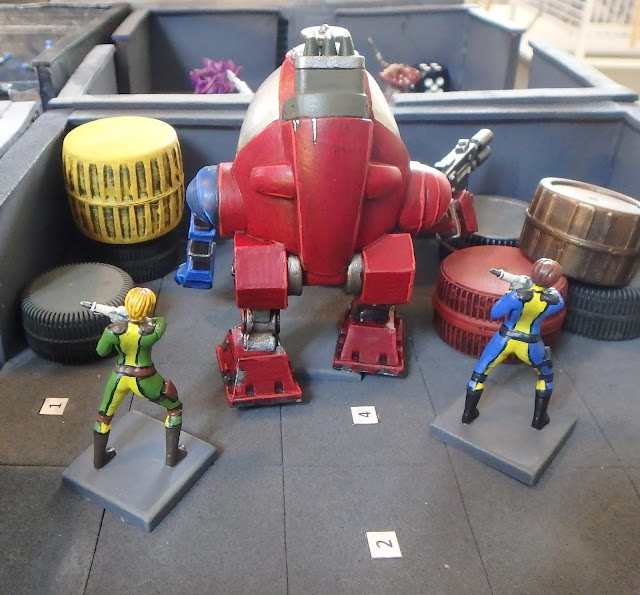 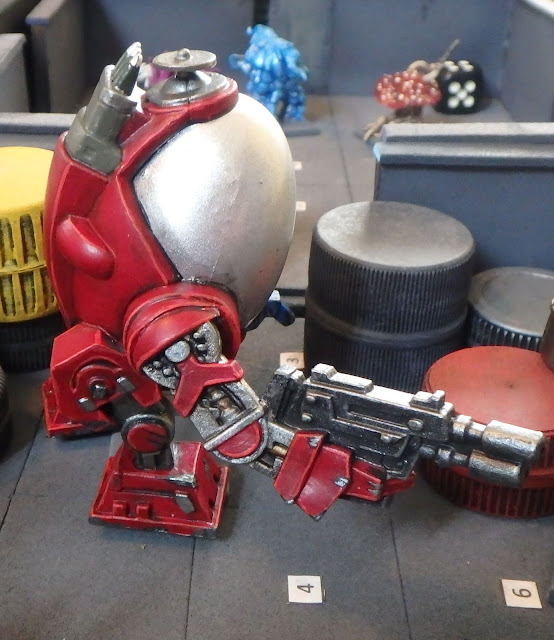 Cockroaches can survive in outer space.   These classy water bugs call themselves Zoalians. 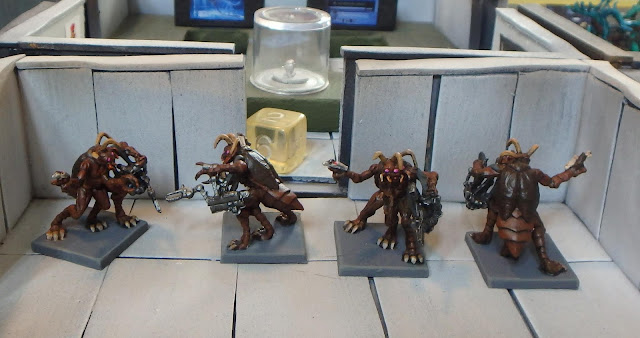 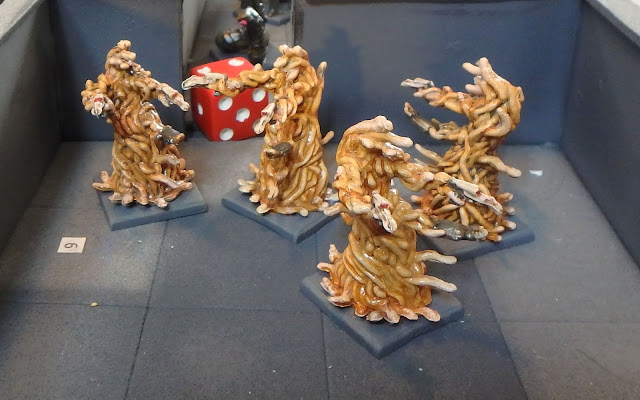 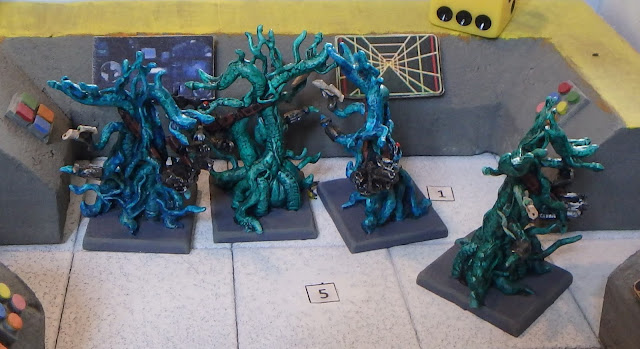 I did not paint the Trundlian very well.

I don't know which end the Diploid's poo poo comes out. 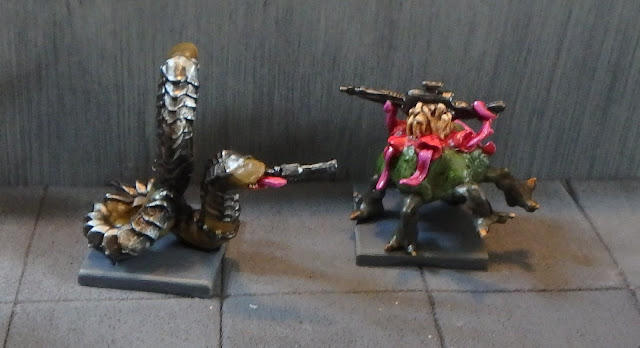 Lastly two more humans and a beastman called an Elephantoid.  There are quite a few more aliens and beastmen that I didn't paint. 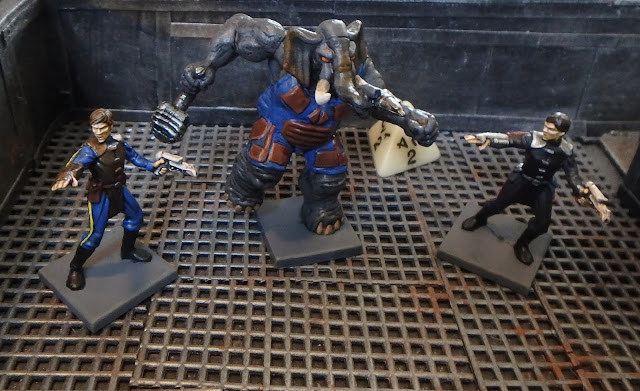 I promise Battlestations is ridiculous amount of fun for two to eight humans.
Would you like to know more?  go to http://gorillaboardgames.com/battlestation/