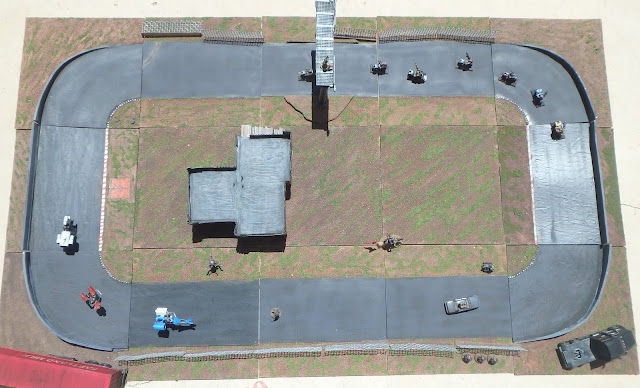 It's made out of $.80 vinyl tiles and foam core.   It's sitting a little cock-eyed in pictures, because it warped in it's storage box.  After the photo shoot, the mighty sun warmed the  tiles and it sat nice and flat.   I didn't take time for more photos as the raised ends are only held together with hot glue.  If it would get too warm they would come apart. 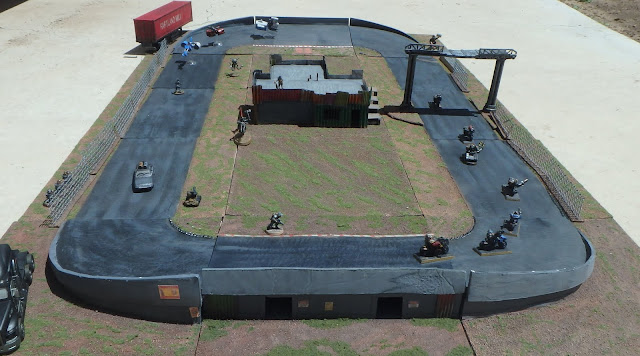 Gas Lands is mostly played with Matchbox scale cars, of which I only own one.  It's a pre-painted Walking Dead tv show car. 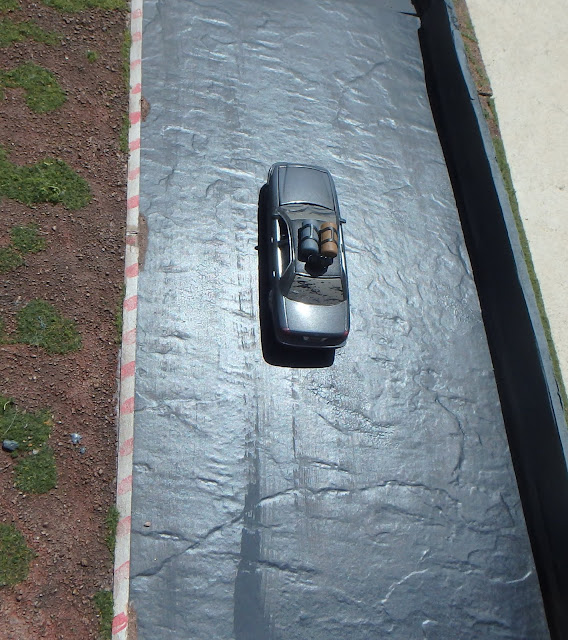 Some 28mm scale Ramshackle bikes rounding a corner.  I didn't know you needed three gates for the Gas Lands racetrack scenario, so I only made one.  It's made out of writing pens, bottle caps, and assorted junk from recycle bin. 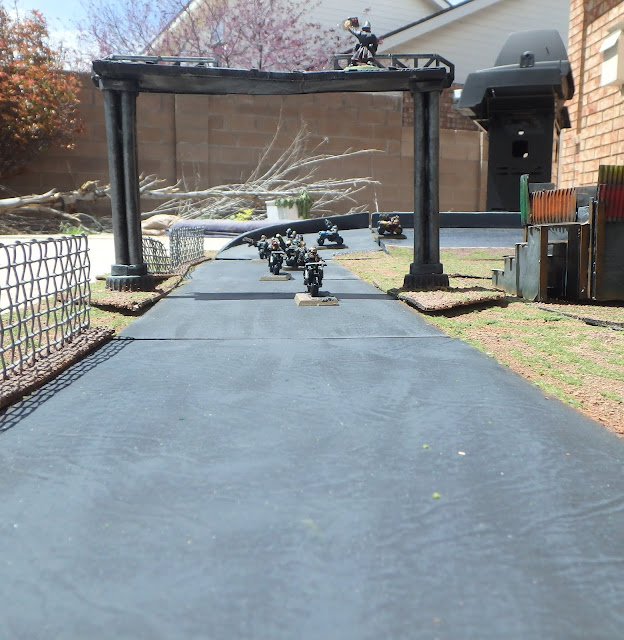 Here's some 28mm scale Ramshackle jet bikes rounding a corner about to be attacked by some Uncle Vinnie brand robots.   The texture is sand and flock, glued to the primed vinyl tile.   The road portions are cut vinyl tile, spray painted black and dry brushed with dark grays.

The corners are lined with spike strips to keep drivers from hugging the turns too closely. 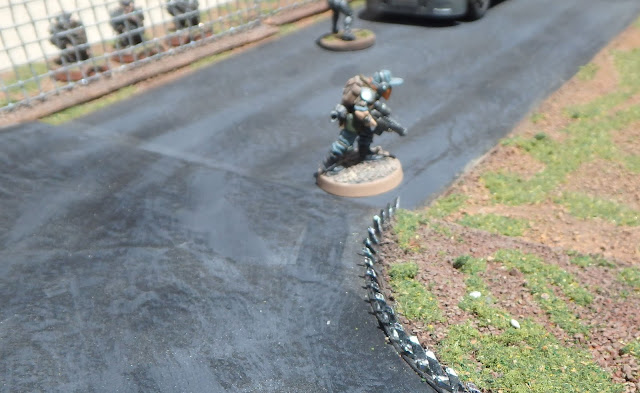 There are removeable fences designed to give spectators a false sense of security. 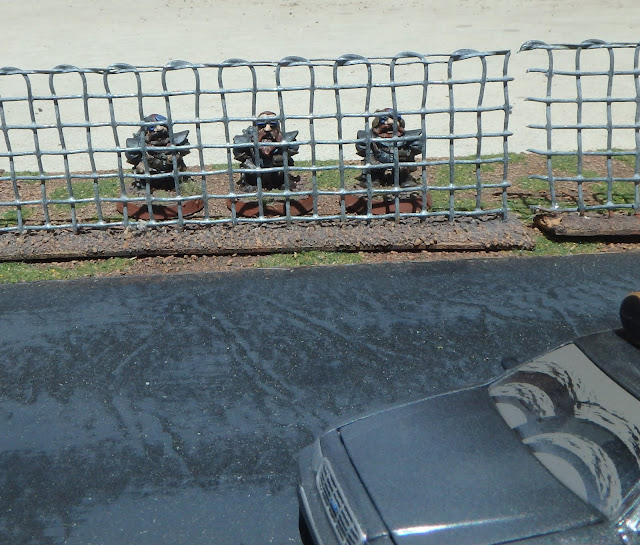 Here's a big rig I painted.  Who doesn't remember that old brand Fartland Milk?  "Smells as good as it tastes!"  By infusing the milk with high levels of methane, Fartland milk didn't need to be refrigerated until after you broke the seal.

It's a repainted $10 Walmart truck I bought at Walmart.  My cat Cthulhu absconded with the headlights at some point during the painting process. 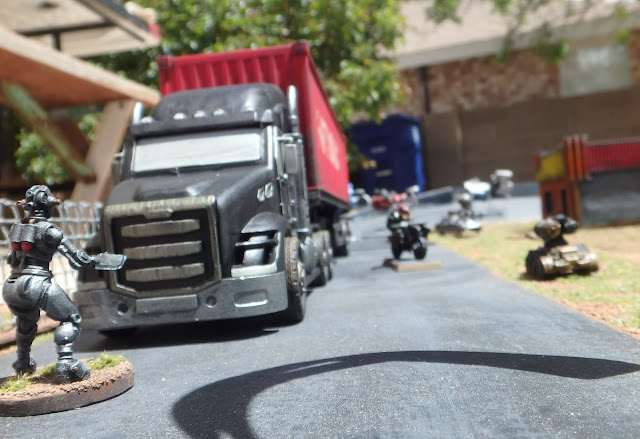 Till next time my beloved, when I'll have aliens, Saxons, and some random sci-fi minis.