Today I have 81 little things to show you.

First up is an Star Wars X-Wing crash scenery piece. 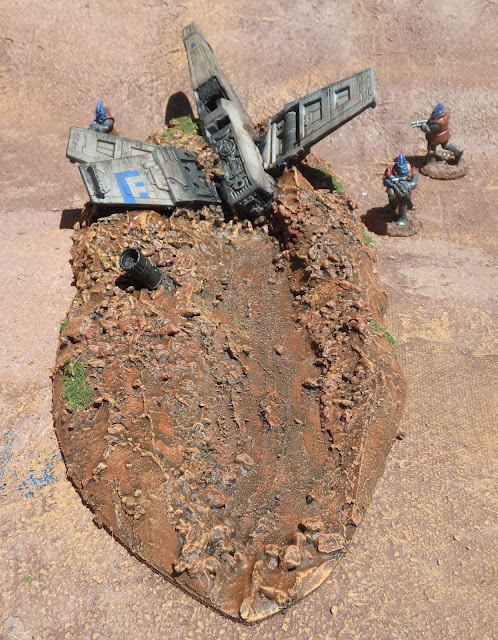 It's made out of an old Mattel toy that I scavenged for parts years ago.  The base is dense chip board, blue foam, plaster, sand, and craft paint.

The X-Wing got a quick airbrush, a tiny bit of blue marking, and generous stain washes. 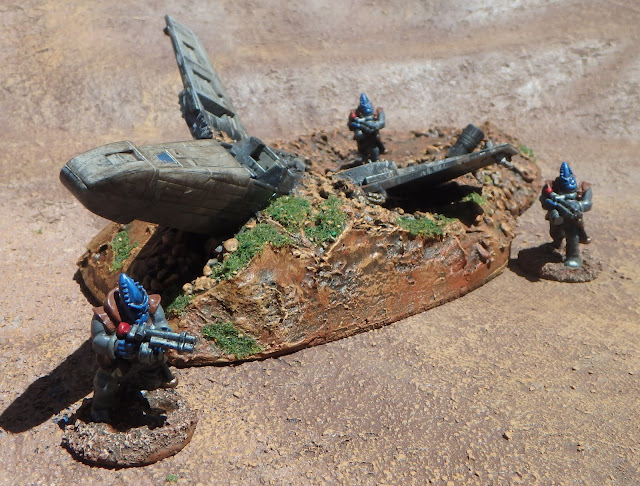 Here are ten Old Glory/Blue Moon Plutonians.  I painted one of their heads like a candy corn to designate a leader. 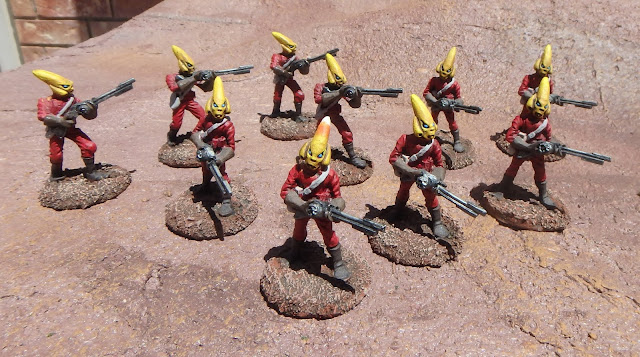 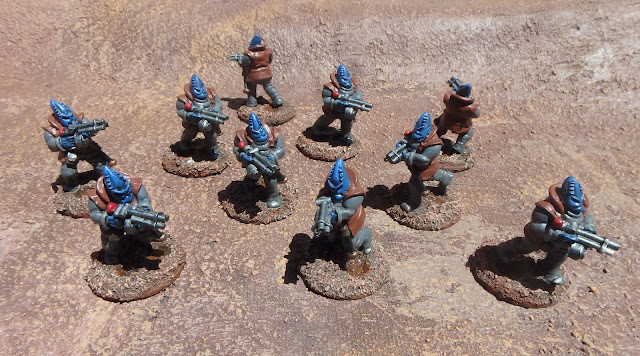 For a leader, I gave one a Gargoyle Gang emblem on his jacket. 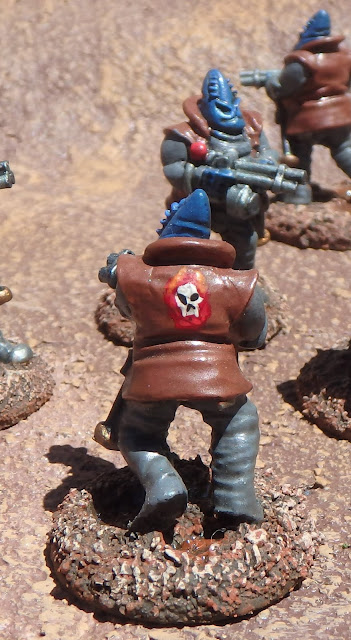 Here's an old Citadel tech ganger and some weird model from an unknown company. 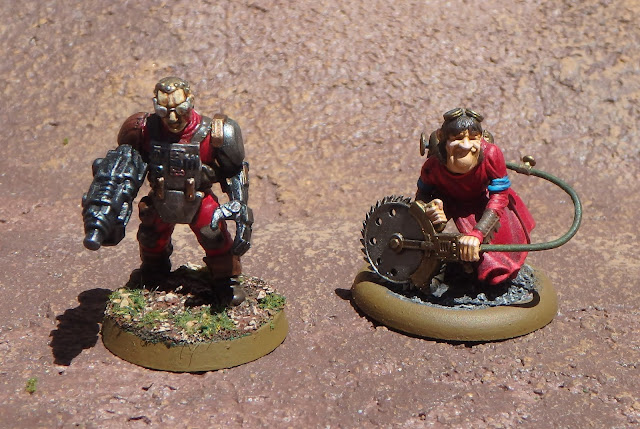 The ganger has a space marine armor and an Old Glory robot arm. 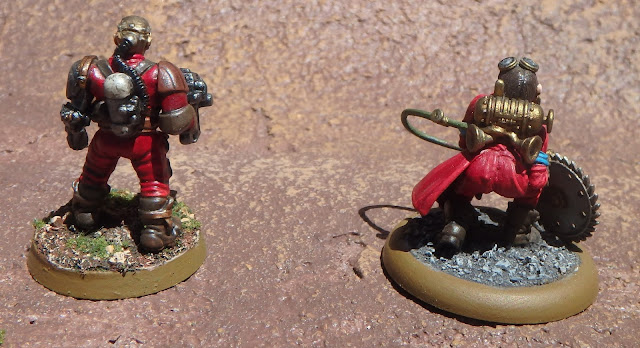 Here are some Wizkid models.    The robot things have Old Glory arms.  I think I will have to repaint the box shaped one, I HATE how it came out.

The panther is about the size of a 50 pound dog.

Three Antenocitis Workshop public phones and a Crooked Dice mini of a VCR, bottles, and tube tv on a tire. 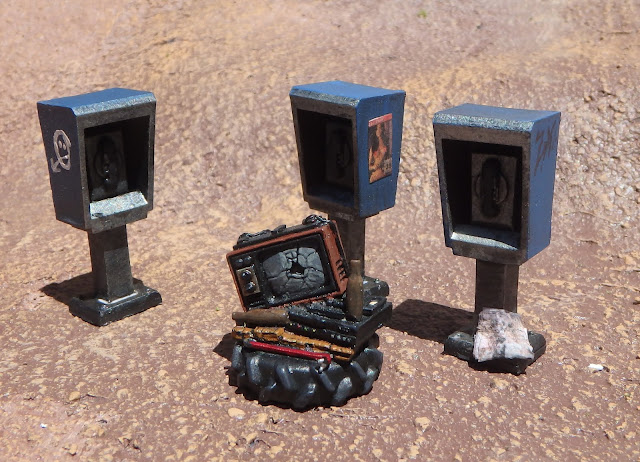 Ten Saxon slingers.  All of the Saxons in this post are from Renegade and you'll notice I haven't finished the bases.  If I finished the bases, I wouldn't be able to tell them apart from Saxons I've shown you before. 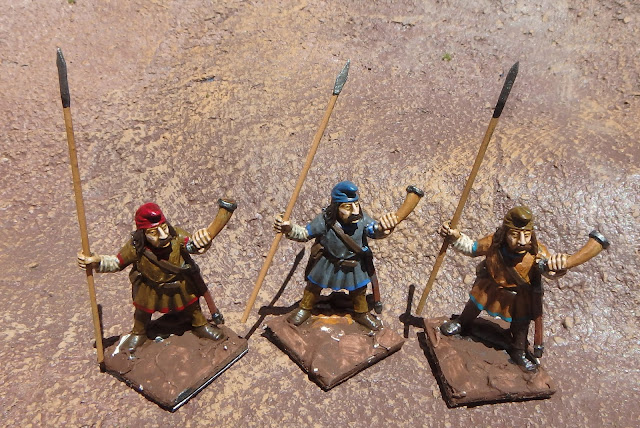 Till next time my beloved, when I might have some post apocalyptic 7TV stuff to show you, but I never really know.