Some of the Forces and My Painting Table 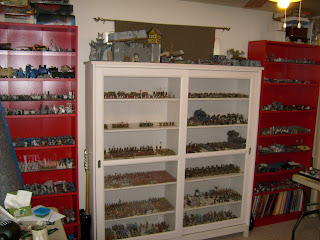 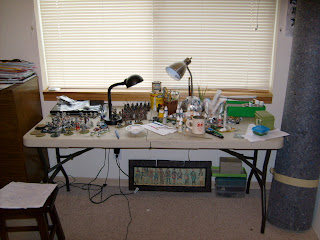 The first of the two pictures shows maybe half of the toy army man horde. There's quite a few more hiding in boxes. There's too many to fully list: Byzantines, Egyptians, fantasy monsters, Goblins, Greeks, GW Empire, Hittites, Hungarians, Hussites, Imperial Romans, Republican Romans, siege engines (40ish), space men (a horde on their own), Successors, WWI Brits, WWI French, and more I can't think of. Most aren't painted due to stupid work and stupid need to sleep.
This second picture is of the disorganized table where I give the little guys color.
Posted by Baconfat at 1:31 PM