This is the last post for the year and until August 2011.  I tried to get up to 365 models for the year, but quality was slipping and I was really running out of time.  340 isn't bad.  You're in for a meager post of barely finished or unfinished stuff from the painting table before I put it in the cryogenic chamber.

First is Destro and two COBRA troopers.  I actually painted the Baroness, but forgot to take her picture. The models are old "Warzone" models from Target Games. 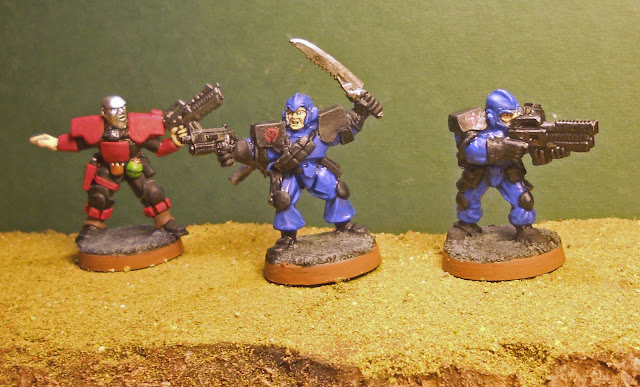 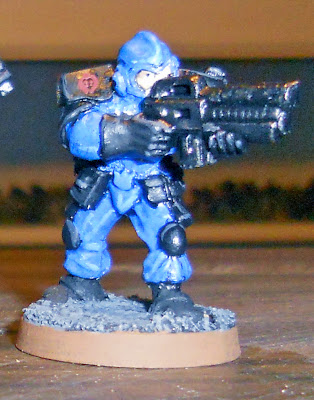 Here's picture of a zombie apocalypse survivor, with her back turned to show you she's carrying a "Left for Dead" first aid kit; a failure of an attempt to make concertina wire; and a COBRA foe, Snake Eyes.

Lastly, are the unfinished troops I simply couldn't knock out by the New Year.  A British WWI mortar crew, 2 officers, a previously unidentified French Carabiner (Hinchcliffe Models), and some COBRA ninjas.  The wrapping things the ninjas are wearing on their forearms and lower legs were giving me Hell.

Well that's it.  Have a Happy New Year.