A little off the normal topic.  During the Seahawks game, I made a little EOD robot out of a Lego Advent Calendar tractor, a blank CD-R, and other assorted junk/model bits.  We don't really use the big heavy metal robots anymore.  The small plastic ones are lighter and quicker which makes them preferable despite the reduced capabilities. 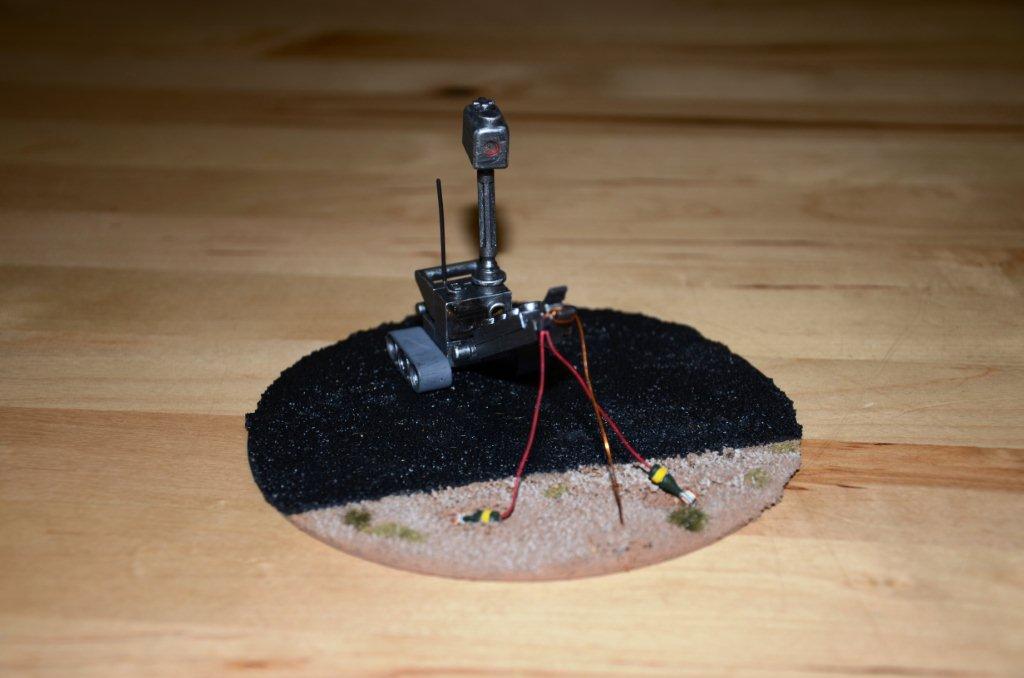 The road is a pressed sand and glue mix with loads of black paint (to give it an asphalt look), a black gray highlight, and a black stain.  It's not that shiny in real life.

A lot of terrorists use red det cord.  The copper wire would be the enamel coated copper wire used by the bad guys in many command wire IEDs.  I only used one strand because the wire I found was rather thick.  The electric tape was just a tiny strip of paper painted black.

I gave it away as a present, but someone was nice enough to take a picture for me.  (Dean, that's why this one isn't yellow). 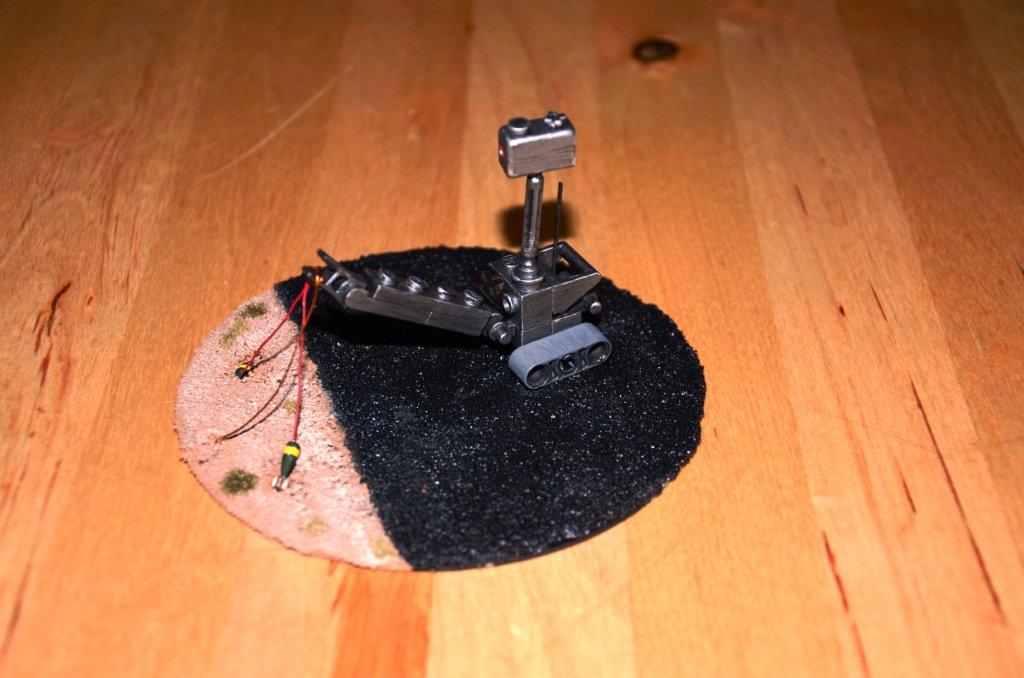 I also made a terrorist with a nice little suicide vest, but it disappear off the desk the day after I brought it in.
Posted by Baconfat at 10:33 PM