Drumbeat 2012 was held in Seattle today.  It was a pretty good show, with over 50 people, 12-15 large multiplayer games, a DBA tournament, and a flea market.  If you didn't go you missed out.

I had my camera set on stupid and almost no photos came out.

Here's a fuzzy recollection of a neat The Sword and the Flame game I saw, one could pretend the haze is do to the burning train. 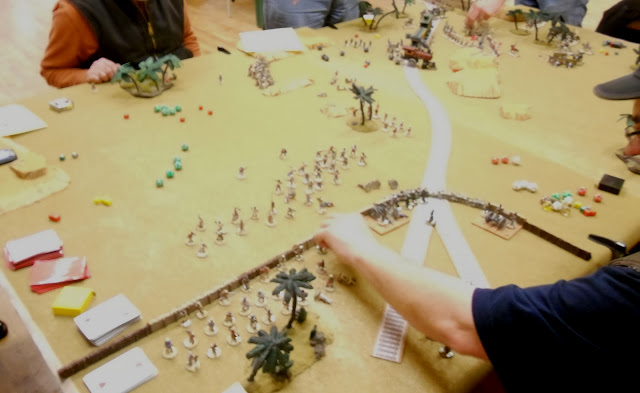 Here's a picture I snapped as I was falling down in a sand storm.  It was of the aftermath a cool game of Force-on-Force.  I was sad I didn't get a chance to play, but my morning game didn't end in time. 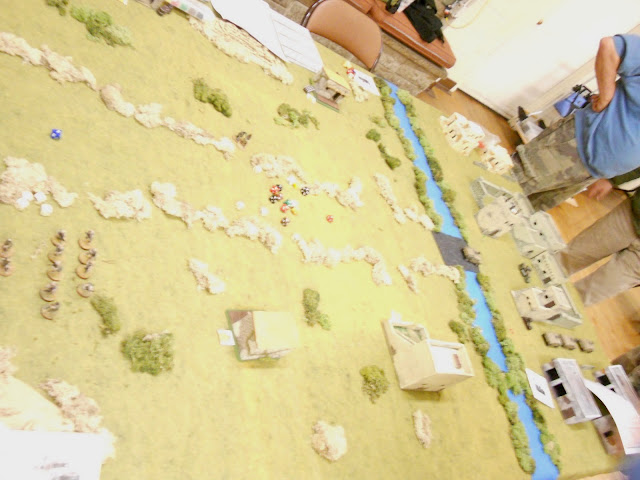 Long morning games pics from a truly terrific Black Powder game put on the the owner of the Panzer Depot (www.thepanzerdepot.com).  This pic is of the almost complete initial setup.  Good brave moral kind hearted God-fearing Austrians are on the left, while the dastardly children-eating Bavarian barbarians and cowardly French swine, can be seen if one would wish to see such a thing, on the right. 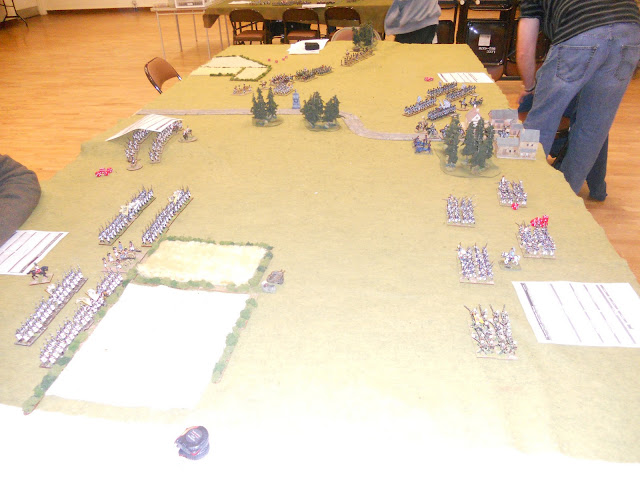 Here is a picture of my cavalry taunting the Bavarians that were shooting them to pieces.  The cavalry being worn out by delivering such a taunting taunting, spent the rest of the game behind the cover of some Grenzers.  You can see some of my artillery crew lounging by their guns.  They also were not prone to effective violence.

Tons of reserves showed up and almost swung the battle into the favor of the good guys, but the Napoleon's forces of evil won the day.  Here's some well painted Austrians with really neat flags by someone called the "flag guy" or "flag dude".  I think it's a website that makes flags. 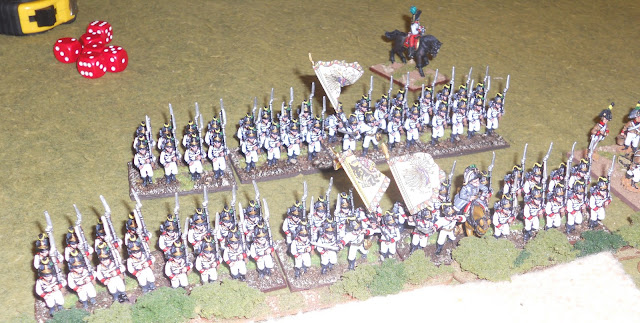 The Brigade Officer I was controlling had a staff rating of 7, but sadly my player rating must have been a 3 or 4.  Despite that, I had tons of fun.  I hope to make it to the Panzer Depot for a game someday.


Here's the only comprehensible pic of the second Black Powder game I managed to play.  It was an English Civil War game, using the "Last Arguments of Kings" supplement, put on by the esteemed Drumbeat founder, Dick. 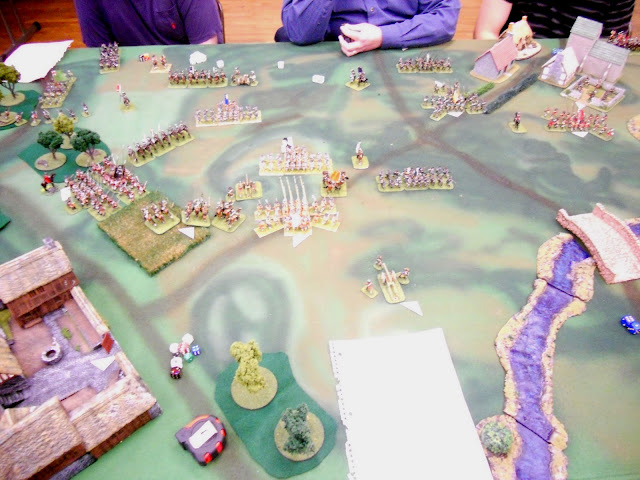 Mistakenly, my fellow team mates allowed me to control the main battle force and army general.  It was an action packed game that ended in disaster.

Let's just say, that if I had been a Parliamentarian General, Charles I would still have his head.