Thought I'd post some pics of recent WAB battles that I participated in or watched.  Mostly are from a local Dark Ages campaign using AOA2 lists.  The fun campaign is being run by Pat from the brilliant Historical Wargames Podcast at http://www.historicalwargames.org/


Here's a few pics from battle I barely won; my Justinian Byzantines versus some Ostrogoths that I seriously underestimated.  I had the choice of which of the other 7 players to play and I foolishly assumed, "Barbarians, bah, I'll quickly finish that uneducated lot!"

Upon seeing the Goth horde, I panicked and tried to run all my forces to one side of the table.  I hoped to flank him and diminish his numerical superiority.  I hadn't realized he'd have so much cavalry.

Beginning of the last turn, where I've cowardly managed to avoid almost all combat; but now they've caught me and we start getting dirty.  Luck is on my side a Goth unit loses combat by one, fails the leadership test, runs, gets pursued and is destroyed; this causes general disorder in the Goth line, saving my ass.  The evil Goth overlord "Old Bob" was most gracious in defeat even though he should have won, but for one crap die roll. 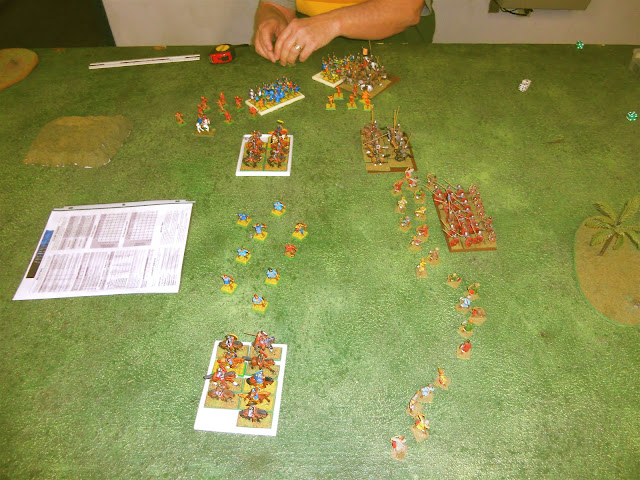 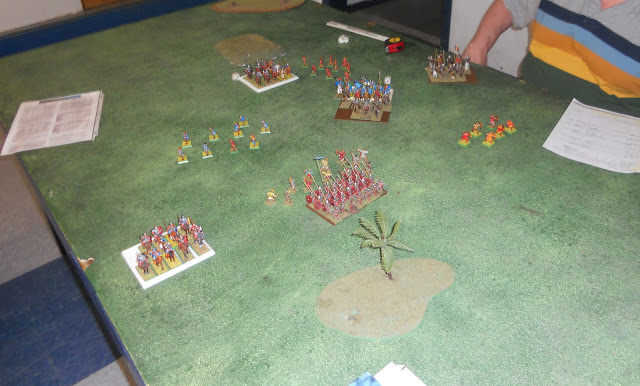 Here's the same dreaded Goths vs. Vikings.  The Goth general "Old Bob" makes up for an early unlucky loss and pulled out a win.
Here's some evil Vikings vs Arthurians, fighting on a very drab muddy looking field.  They're lined up very nicely, for Barbarians.  They quickly moved up to each other and commenced killing each with axes and whatnot.

Chaos
The Vikings prove to be better at killing and win the day.  I think the Brits may have been distracted by that large beer poster. 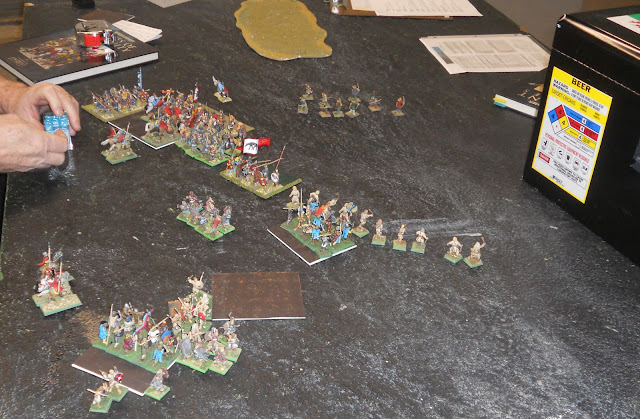 Here's a Thematic Byzantine army versus an army I can't recall.  The Byz general confused the enemy by pointing and made some of the opposing cavalry run the wrong direction.


It was a close battle, but the Byzantines won.  I can't remember the losing armies name for the life of me, but I their light cavalry are utter crap. 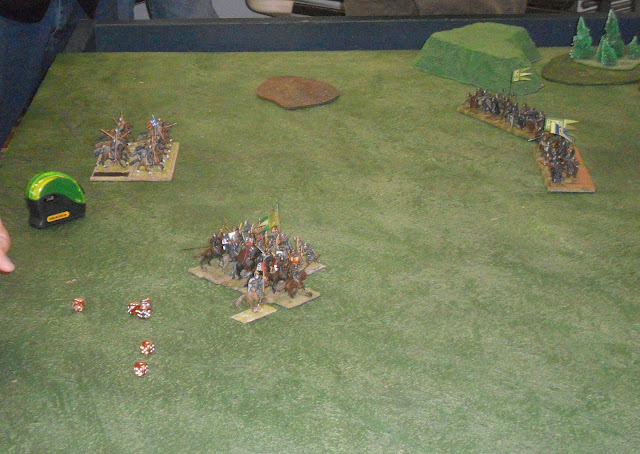 In three weekends worth of games, overall I think the three Byzantine armies are doing better, than the other other five or six other armies.  There is one undefeated Viking horde.

Here's an unrelated and out of period battle, which wasn't part of the campaign.  Samurai vs Hussites.  The Samurai army moved forward and was shot to pieces.

If you'd like to see how the battle ended, simply place your left hand completely over the army on the left.  That's what it looked like by turn 7; Hussites are too powerful in AOA2. 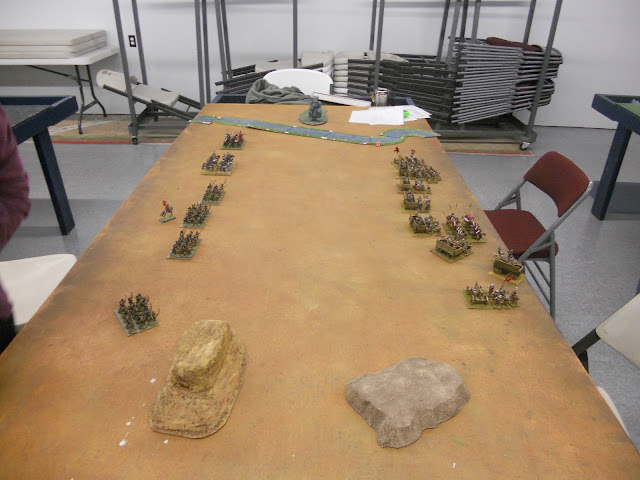 I have been painting quite alot and hope to post more pics soon.