I've been fairly slow at painting this year only finishing ten models, but I have about 80 models that are about 80% done.

First up are two Warlord brand Dacians which will be the leadership models for a unit of Falxmen that I hope to finish this week. 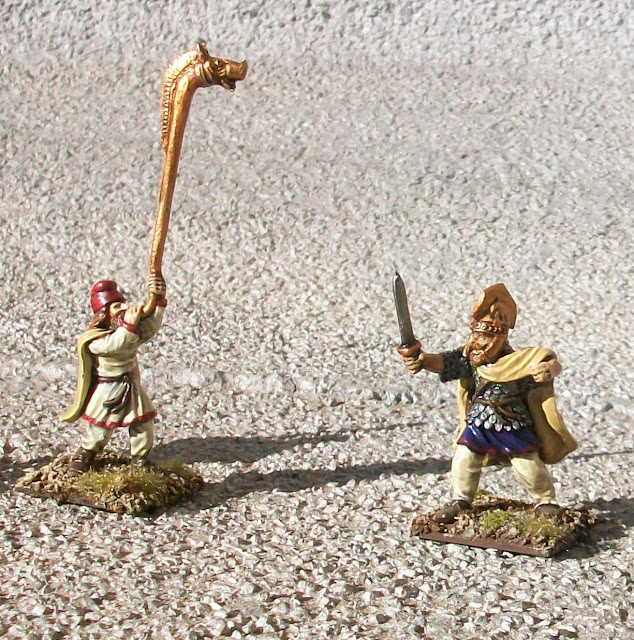 Here are two West Wind priest type models.   They're kinder nacht (child vampire) hunters.  Next to them is an old GW Bretonian spearman, whose missing a shield. 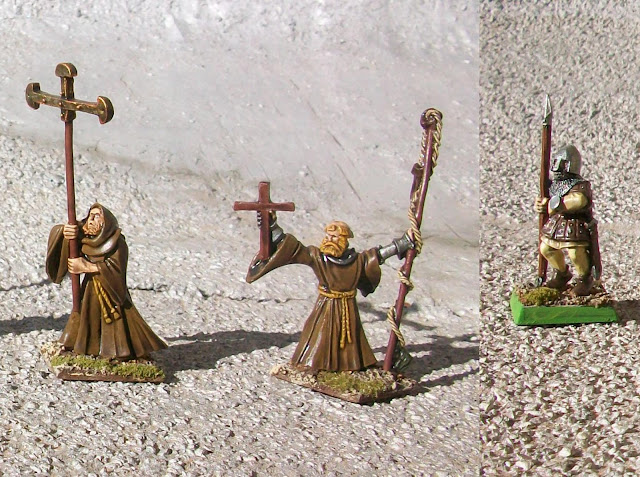 I don't play warhammer games, but have tons of painted priests and flagellants.  I think they'd make a great Fallout/post apocalyptic gang, which I've named Luddites.  Their lack of firearms could be because they've decided that guns and technology are the evil source of man's apocalypse.  They must cleanse the world of non-believers by thumping them with blunt objects. 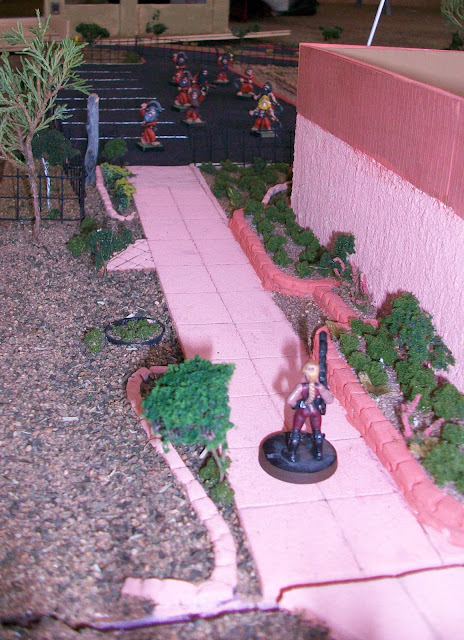 random picture of a sniper on top of a building