Not alot to show you, but I did finish a few models.   It was too sunny to take great pictures.

First are some late war Germans, made by Great War Games.  Just a mish-mash of officer, weapons, and staff, as I have no idea what ruleset to play with them.

More Germans, with and without packs, that in both uniforms giving the unit some variation.


Lastly an ancient GW/Citadel Chaos wizard from the '80s painted quite mediocrely.   I should've dusted the flock dust off him before taking the pic, but the photographer is extremely lazy. 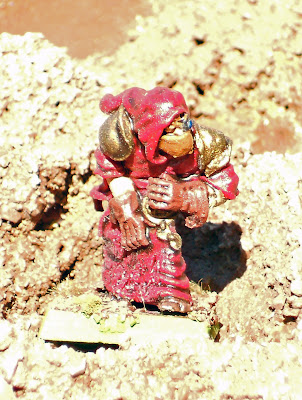 Till next time when I'll post some pics of out of production GW Empire Outriders and a few more wizards.  There's war WW1 Germans (early and late), six or seven Eldar dreadnaughts, post apocalyptic mutants, and a mumak in  the que.

Love and kisses,
Baconfat
Posted by Baconfat at 3:12 PM