Prussian Landwehr Cavalry, Americans for Flames of War, Manlets, and a Bad Pizza

Today I finally finished a unit of Perry Prussian Landwehr cavalry.  They're good enough for gaming.  You'll notice the lack of the little flags, or fanions, or whatever they're called.  I dislike attaching them very much so.

Only three of my eleven Prussian cavalry units remain left to be painted:  Ulhans, Dragoons, and Death Head Hussars.

Here's a size comparison with a Wargames Foundry Landwehr.  It appears to me it is also sculpted by Alan Perry, as well.   I wonder if he's the one with only 1 1/2 arms.  Regardless, I'm going to add a one armed Perry brother to my next artillery crew. 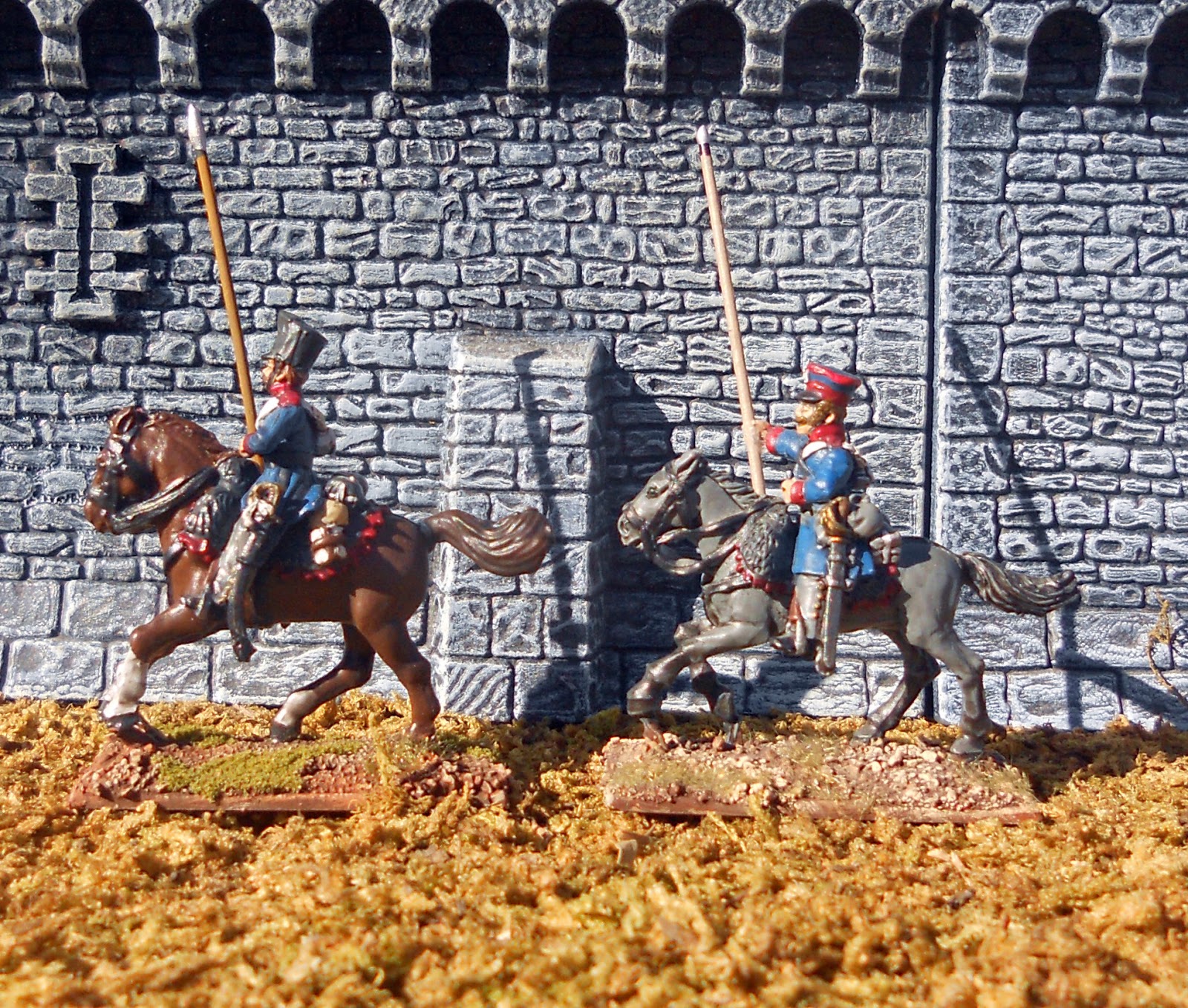 My color continuity is abysmal.  I think the jackets are different colors and I can't make up my mind what color paint makes the best spears.  If you look at my bases, no two units ever seem to have the same color dirt. 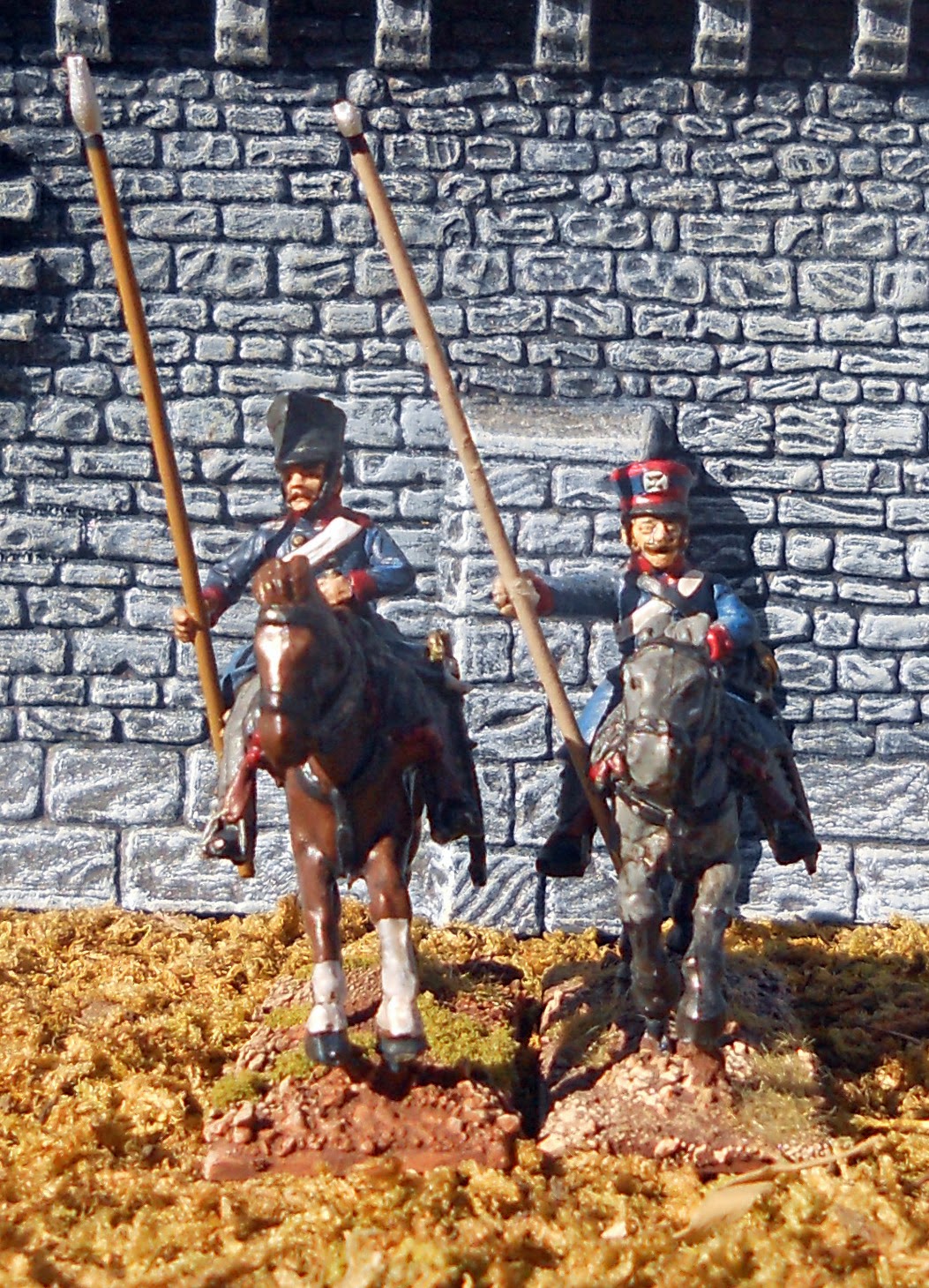 Next up are some more American troops for Flames of War.  The models are made by Command Decision.  Command Decision minis can be purchased for half the price of Battle Front's minis, by buying them from Old Glory.  They're even cheaper at a web site called War Web.

Here they are running away.  They actually lost their first two battles last weekend.    I played in a tournament;  tournaments aren't as fun as I thought they'd be, go go go, quick games, too much quick thinking.

Here's a size comparison with official Flames of War minis on the left.  Command Decision look more anatomically correct, but the chunkier Flames of War minis have a nice look, as well as being easy to paint.  And with FoW minis, you don't have to make your own bases. 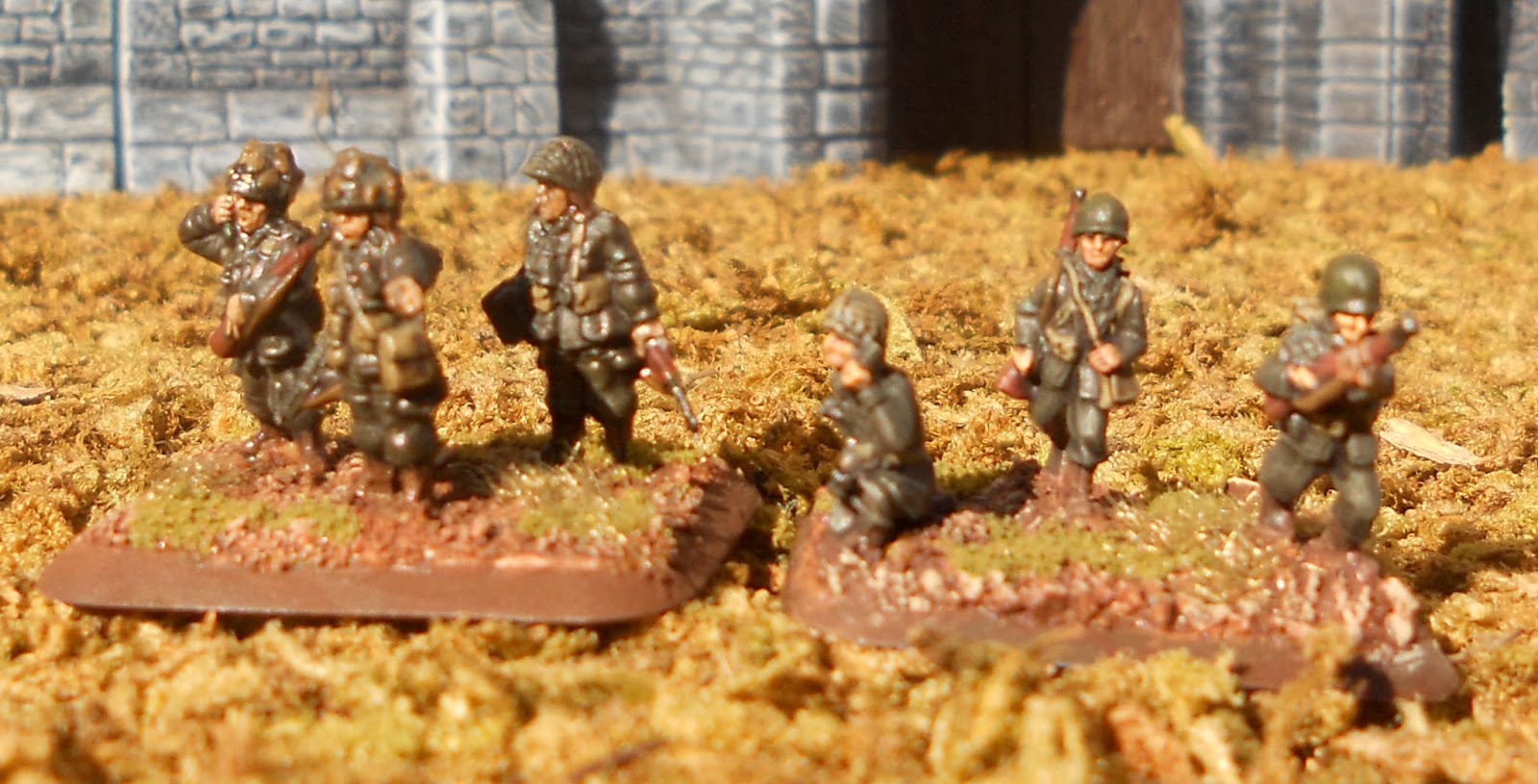 Next up, I based some manlets painted aways back.  They look ugly as I was experimenting with different dip techniques on them.   They'll do as I really don't stress out on painting pieces of wood.

Here's most of my manlets shielding cowardly crossbowmen.

Here's some junk for city fight debris piles:  A Mac, a microwave, a pizza, and a beat up little toaster.

Till next time, when I hope to bring you more bad grammar, Prussian infantry, a few turn of the century Africans, and maybe even some Space Marines.  By not having any sort of painting plan, I practice good Operational Security while painting; the enemy must not know your plans.