Burgundian Halberds, Tanks, and In the Heart of Africa Game

I didn't get a whole lot done over the last two weeks.  Just eight old Grenadier miniatures, which I've painted up to match my Perry plastic Burgundians.

Here they are looking at a wall

Here's one standing next to a Perry plastic handgunner.  The Grenadier models will fit in fine. 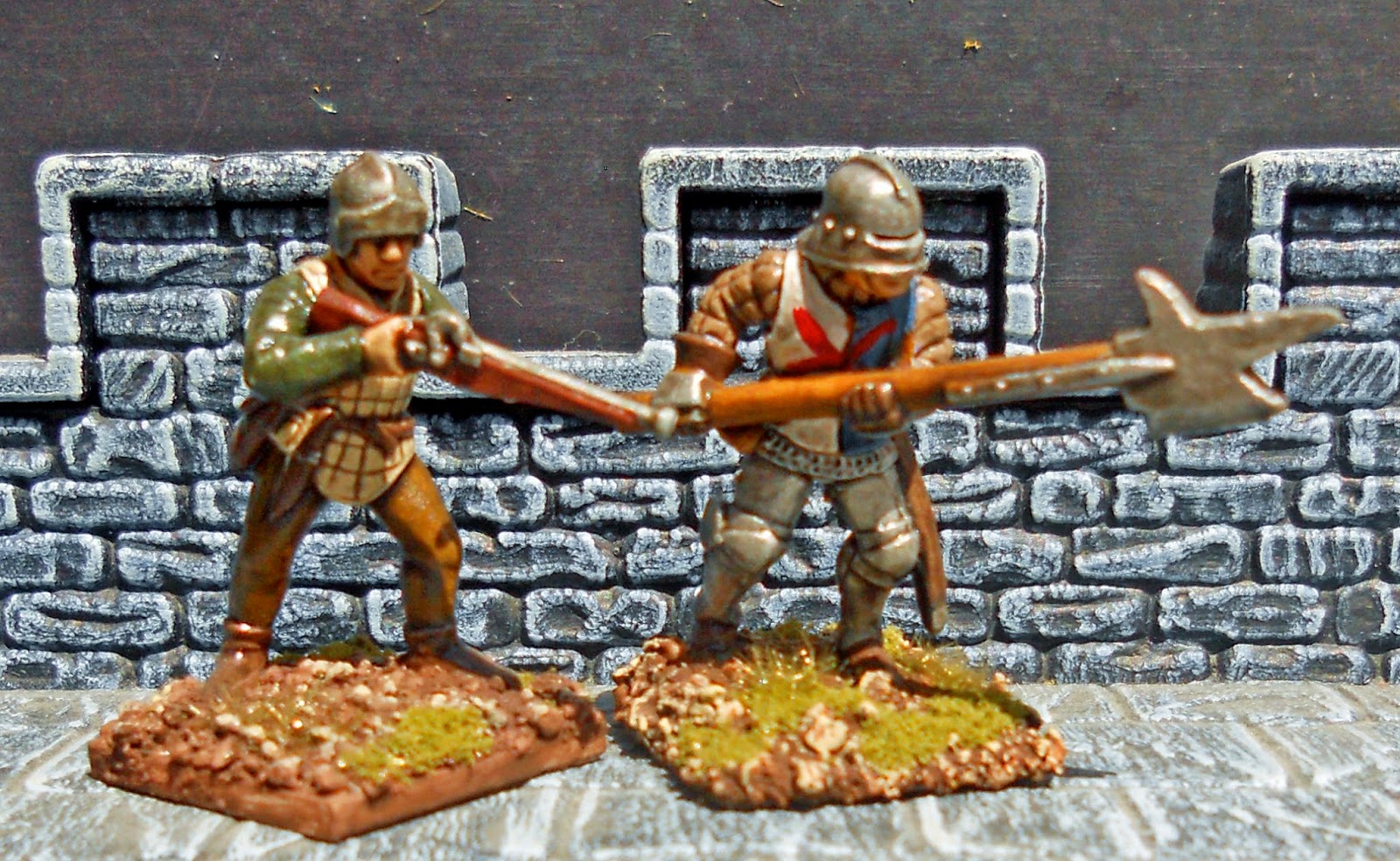 Here they are standing in bunch, with two guys painted earlier.  I really don't appreciate the sculptor making two of them left handed; it makes the group look disorganized.

Here's a couple armored vehicles from Games Workshop.  The one on the left is a Leman Russ and the one on the right is an old Rhino APC from the 1990's. 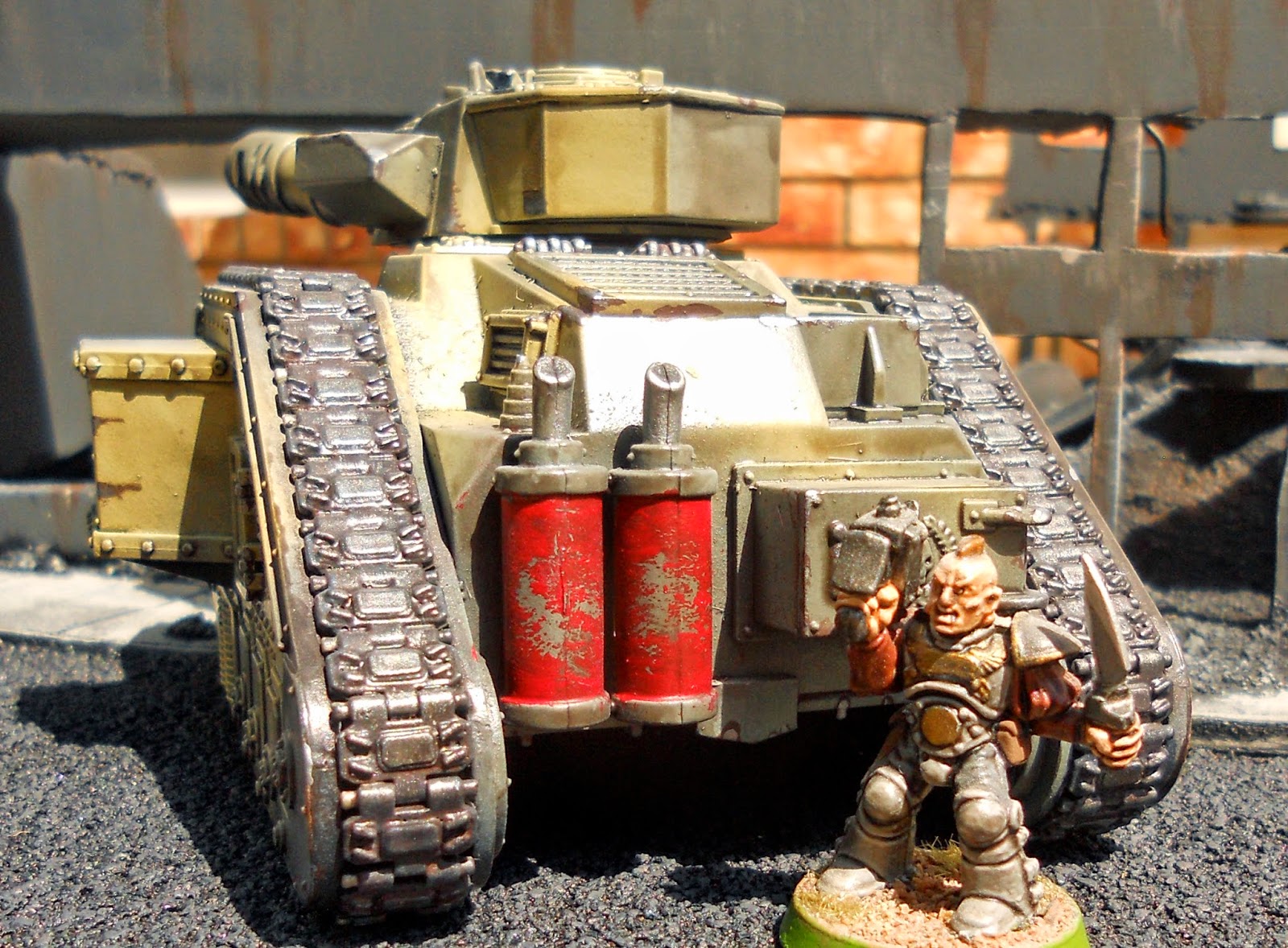 Here's a sneak preview of  a model I have on the painting table.  Ignore the guy with the mohawk.  Don't get excited though, I'm not doing very good on it. 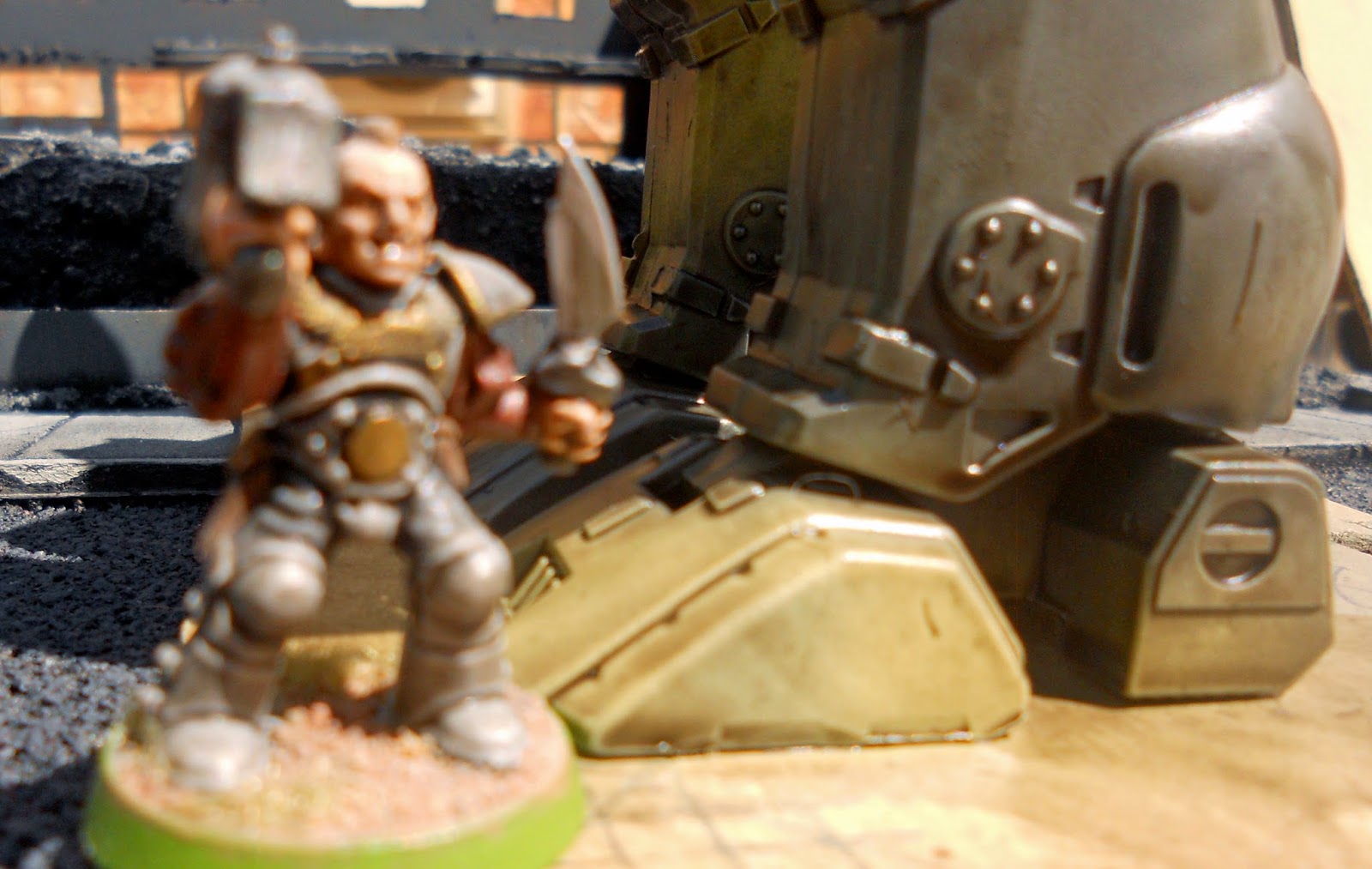 Now on to the Heart of Africa bloodshed.

The scenario:  White men, some soldiers and a baggage train are running from a force of valiant Arab slavers, Askari, and native warriors.  Those fleeing must get the baggage to the relative safety of the mighty dice cup just past the masking tape line. 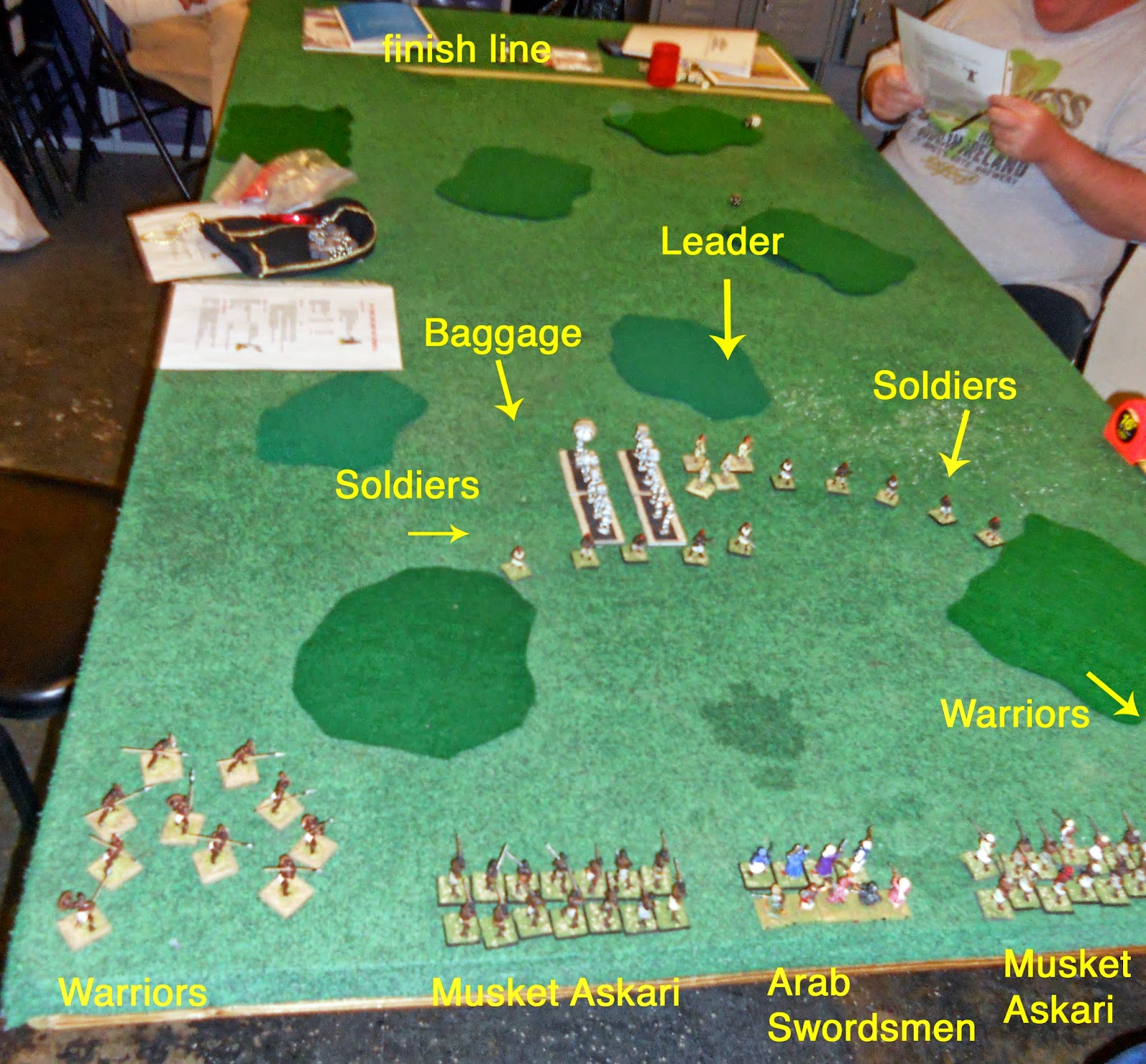 Those chasing must catch all the baggage; or kill 50% of the soldiers and capture at least one of the four baggage handler stands.

We forgot trees and the painted baggage crews. 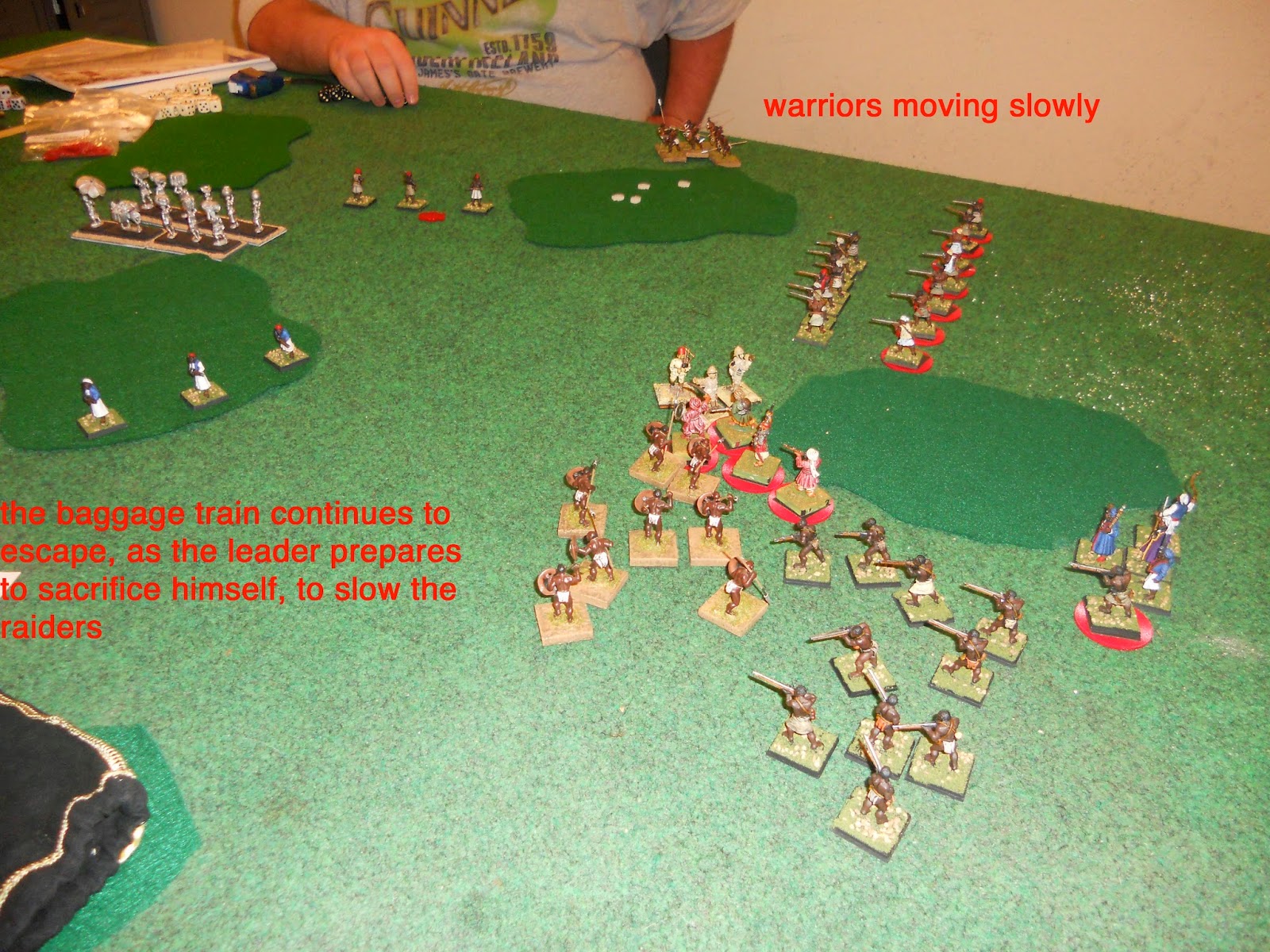 I blame my fellow team mate's dice for us not winning.  Our plan was perfect, kill soldiers and capture baggage. 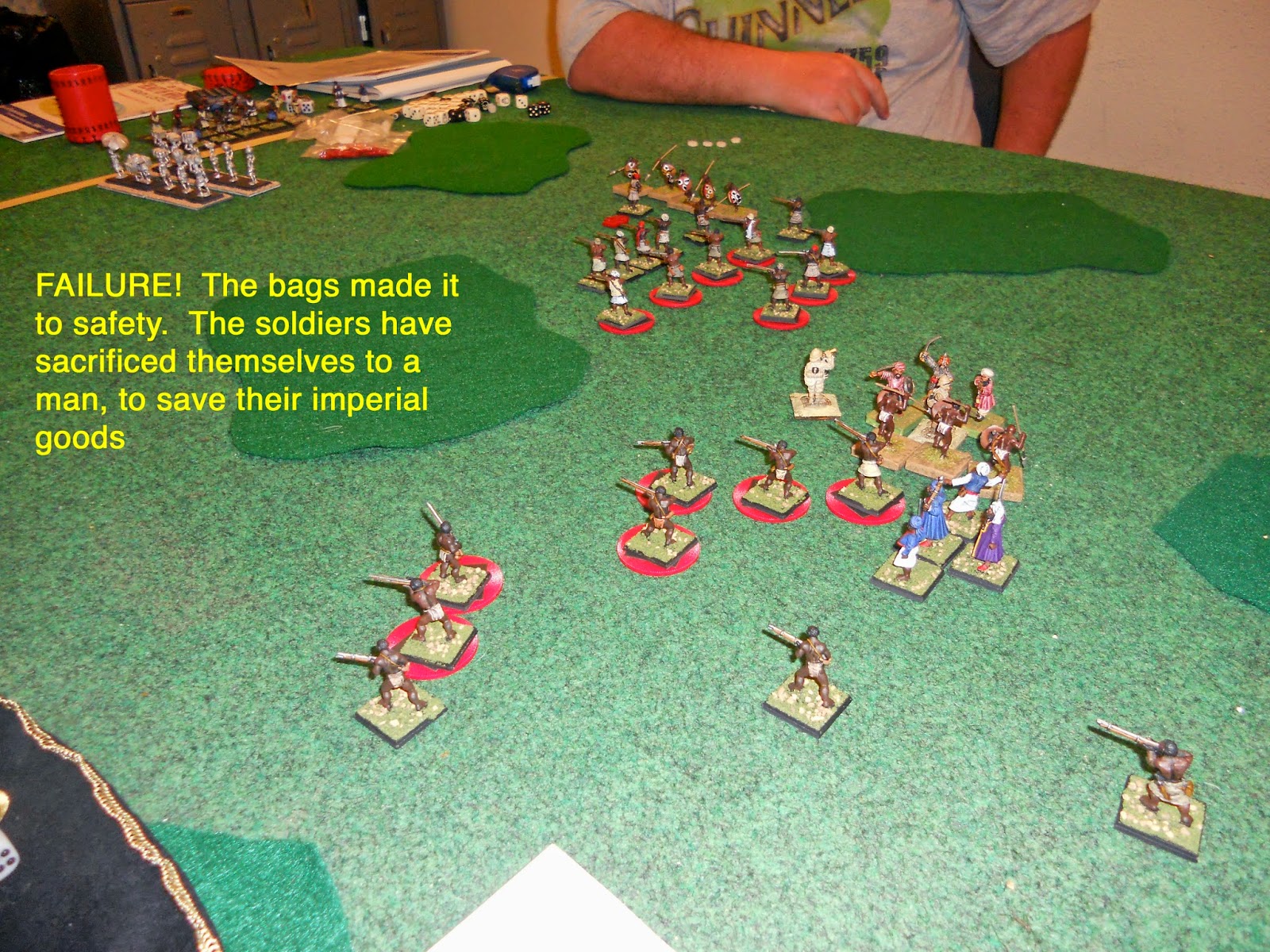 Till next time my dear internet friends, when I hope to have more than a few models for you.  Perhaps Burgundian archers, female zombie survivors, French nappies, an OOP Citadel robot, or even possibly a Star Wars land speeder converted to match my GW Imperial Guard models.

Or I'll rebase some ancient nappy models and the post will be somewhat less exciting.