Voltigeurs, Heritage Rebasing, and the IG Steals a Clone Speeder

Today I have more minis painted.  When a couple local gamers decided to finally try Sharp Practice, I realized I did not have very many single based French.  We needed French, so I painted some.

First are some plastic Perry voltigeurs.  They were a pleasure to paint.

Here are some Front Rank (I think) voltigeurs.  They're repainted used minis.  Some are still on round bases, because I couldn't pry them all off they're coins without breaking them.   I know because I'll because I'm having having a funeral/burial in the back yard tonight for the guys that died during the transfer.

I love repainting other peoples minis; it's as if the primer is my painting guide.  I did not repaint these used Heritage minis.  I was happy with just getting them off their huge washers (seen below).  I prefer square bases, as they're easier to form up into tighter units and they take up less shelf space.

A couple light French troops from Foundry.  I don't know why I painted them, they're the only two I have. 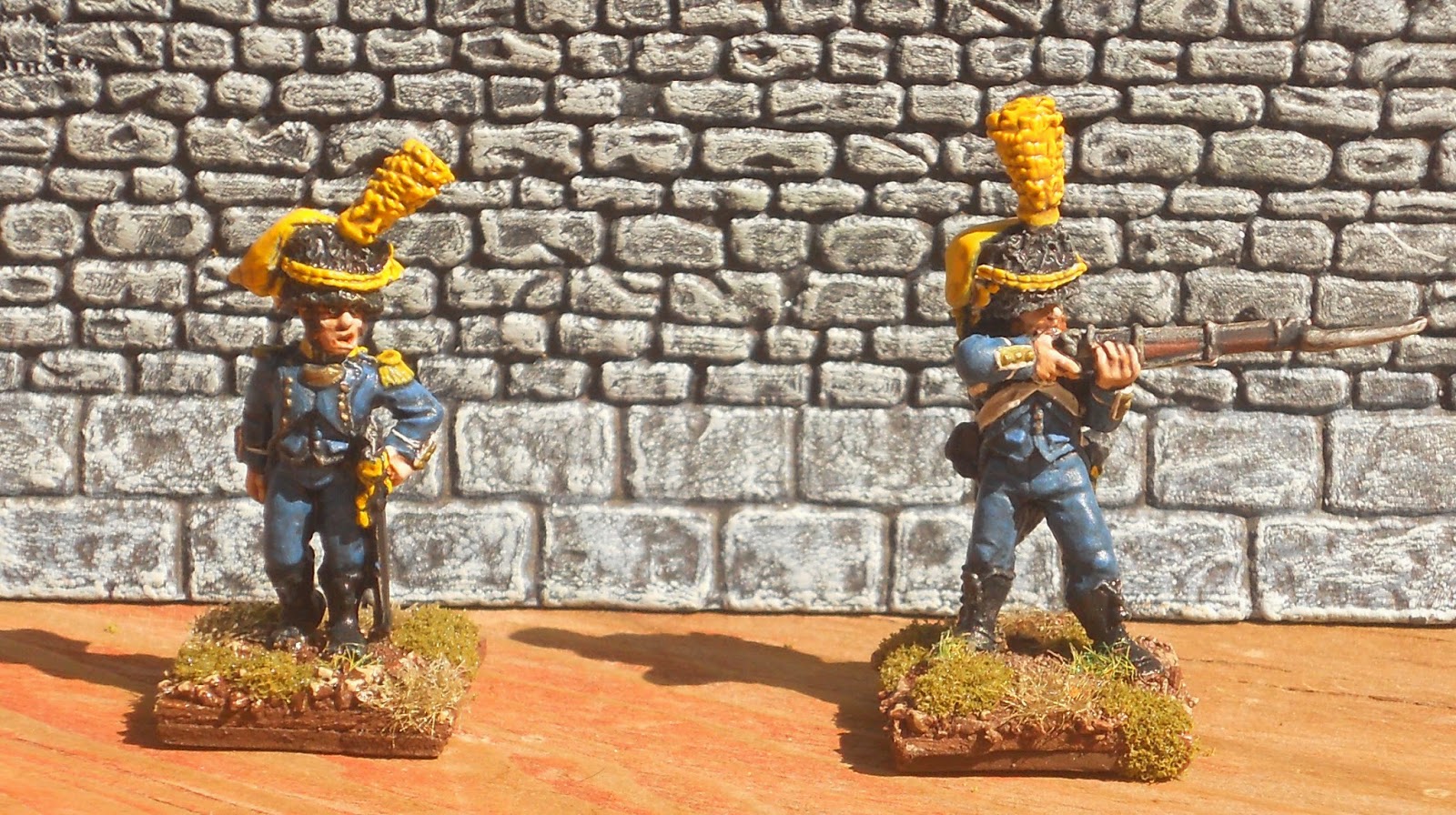 Here's the comparison pic that the world has been clamoring for.  Front Rank (once again probably), Perry, Heritage.

While painting and re-basing French, I was distracted by something shiny.   When I awoke from my wandering, I realized that I had painted a GW flagellant.  I think he's actually for the Mordhiem game, but he'll fit in just fine with the rest of my crazed religious zealots.


Here's what it use to look like, complete with bent gun barrels.

Here's a picture comparing it to other speeders.  I don't know why I didn't use guard model head with eye protection.  They're going to have a hard time seeing if they drive very fast.  I will keep them on a shelf separate from the Guard Ground Safety Monitor or I'll probably have to fill out some hazard identification reports.

Here's a picture of their rear ends.


Till next time, I have no idea what I'll paint.

love Baconfat
Posted by Baconfat at 10:26 AM