I didn't finish very many minis since the last post, but I will show you what I did.

I bought some of the Reaper Bones, that I've seen on the internet.  I thought they would be resin-like, but they were more of a softer plastic in feel.  These are some of Reaper's Nova Corp trooper.  They have no fluff, so you have to make your own.

I mostly stole the paint scheme from "ErikB" of Lead Adventure Forum fame, but he stole it from "Froggy the Great".  Both gentlemen painted their models better.

If you you look at the rear of the models, you'll see how the plasticy bones can show up bent.  I can't figure out how to fix it; they might be the same plastic as Clix or the awful mageknight models.

Two very nice metal Reaper models.  A female, which I assumed to some sort of martial arts expert, with no shoes and fingerless gloves; A nun with a large pistol.

I tried to paint the first model like a Fallout surviver from Vault 7. 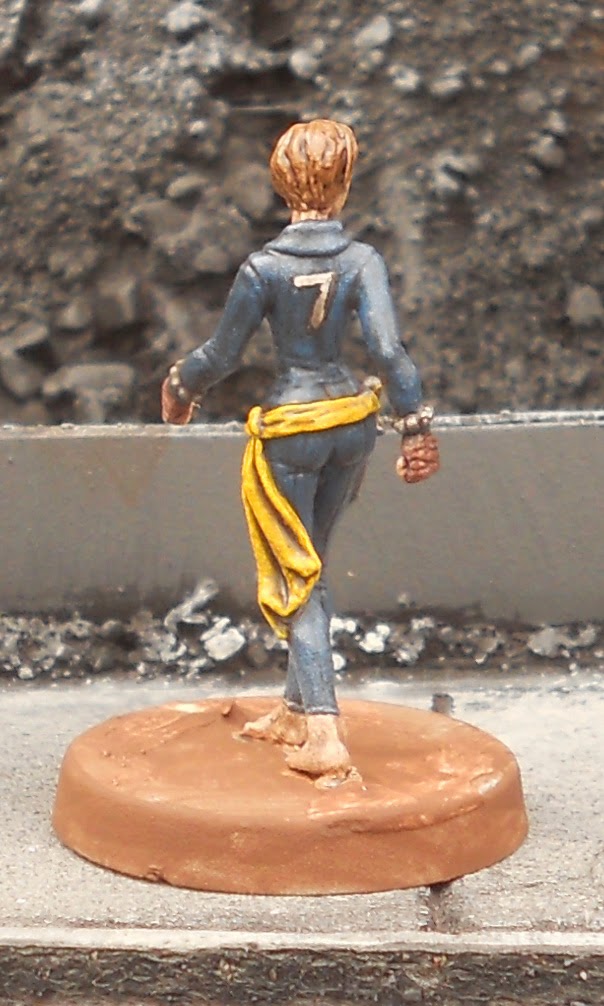 Here is a paper copy of GW Predator tank.  I didn't make it, but I did buy it, un-smash it, add some pieces and paint it.    The blue prints were in an issue of White Dwarf, I just can't remember which one.  I wonder if one could use it to play 40k in a GW store. 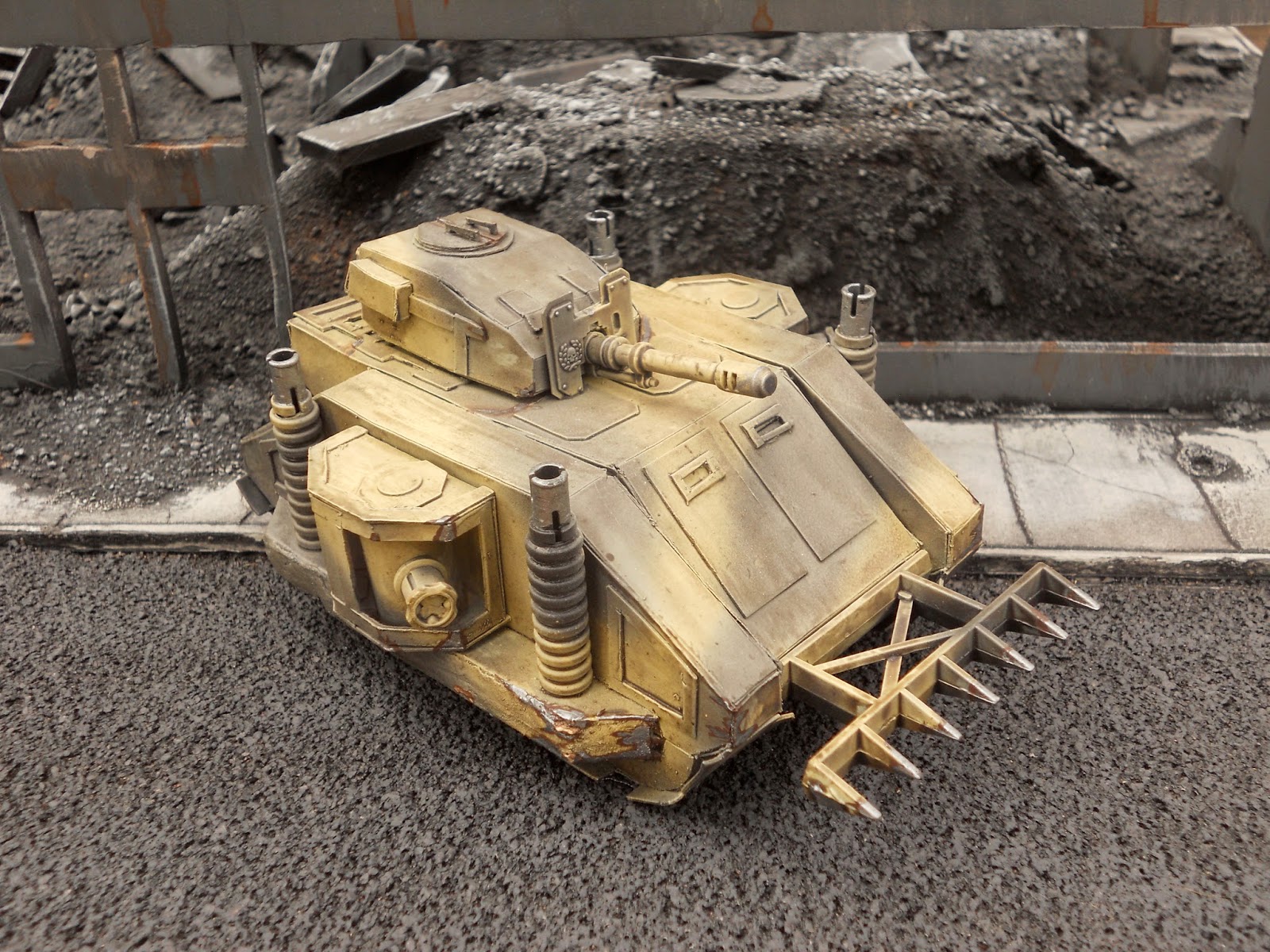 The smoke stacks and plastic screw anchors.  It has a plastic gun, hedgerow cutter, and back door stolen from my bits bin. Rear view, so you see how bad the tracks look. 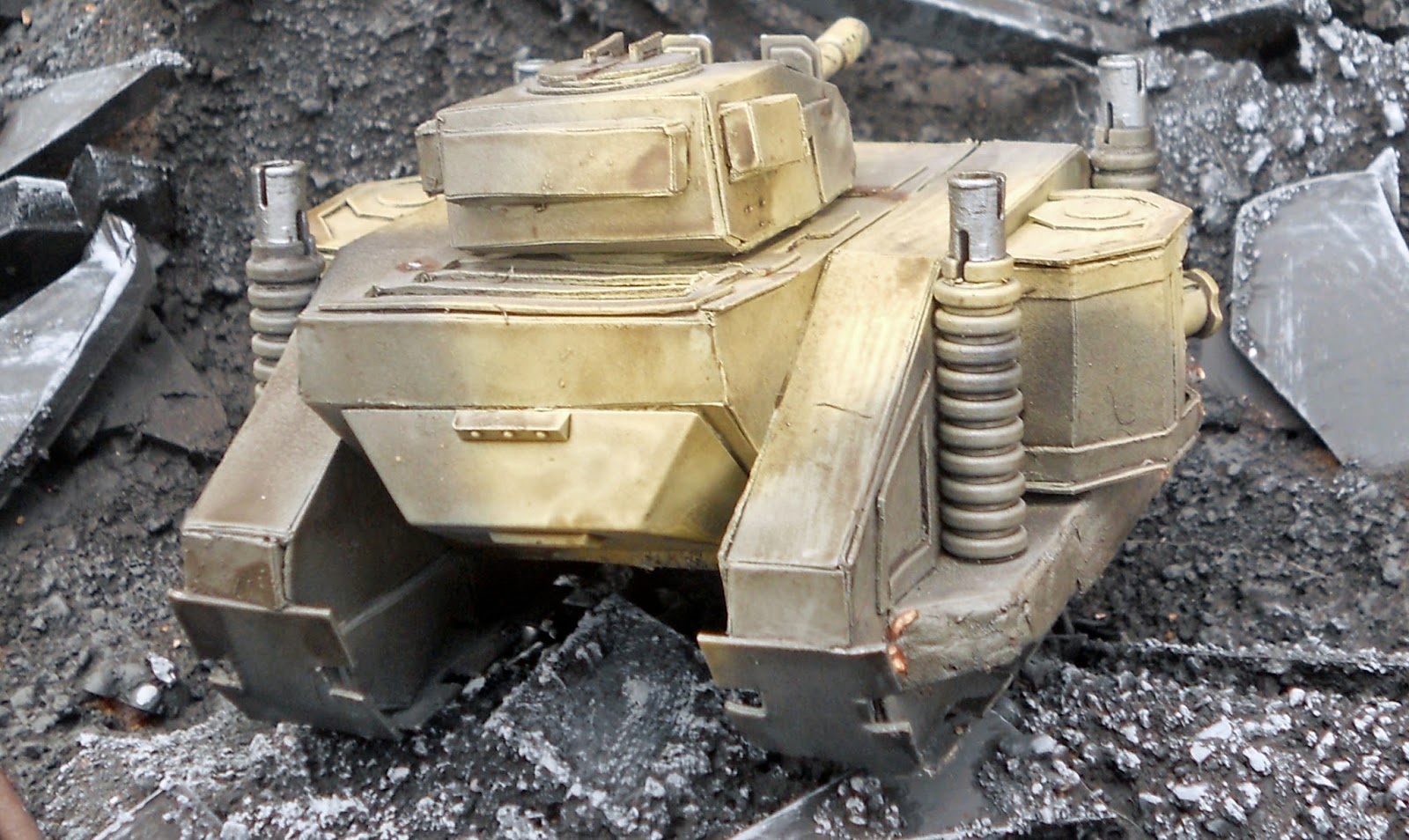 Group shot of everyone together. 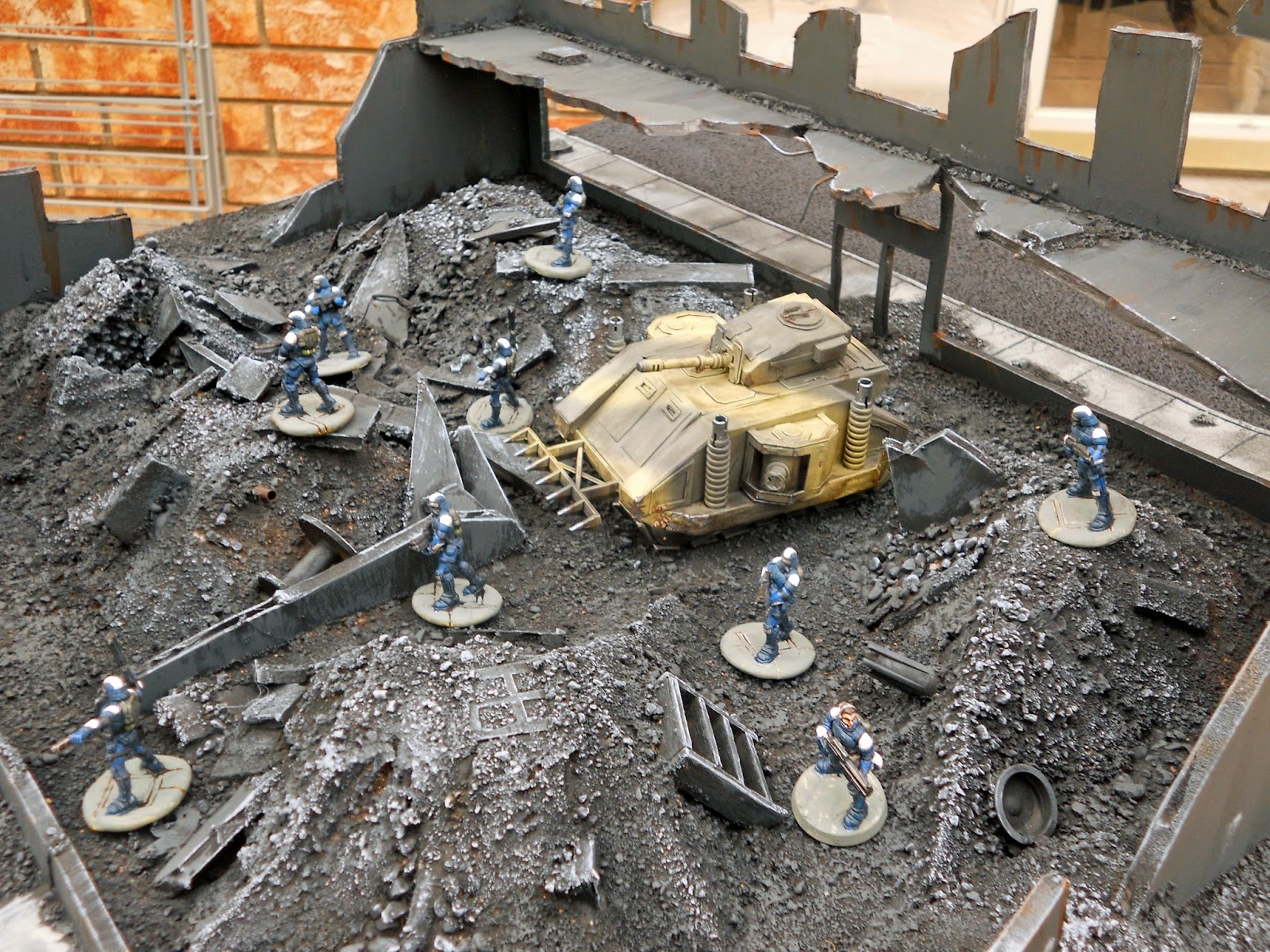 I did get in a WAB game with a friend, but you only get three pictures as they were the only ones that were not too dark or blurry.

We used Armies of Antiquities 2 with 2500 points each; I took later Medieval Hungarians and the other general took Italo-Normans.  Hungarians: 4 crossbow units, 1 bow, 1 handgun, spearmen, halbards, and the atrocious mercenary knigts.  The Normans had 3 bow units, two units of mounted knights, and 3 dismounted knights.

The Normans decided to perform a frontal assault and crush my weak forces, but the 57 skirmishing crossbowmen were causing too many casualties.

The Normans pulled back and attempted to attack the Hungarian wings, but it was too late the continual 4' long crossbow line was slowly destroying his smaller units.

Here's the valiant Normans charging toward my right.  My handguuners ran away, but the spearmen kept the enemy held long enough for my knights to charge back at them.

I probably won't use this army list again; it didn't seem fair to the other player.  He said he felt, "like a dog trying to bite a porcupine".

I was curious to how well an army of over 60% skirmishers would do.  The do well, too well, the killed all but five of the Normans and only suffered eight casualties.

I wonder how an army of all crossbow men with a general would do.  I may have to paint another 90 crossbowmen.

Till next time, when I hope to have a bunch of French Napoleonic Infantry finished.