I've gotten a few models out of the painting queue.

First are some old Imperial Guard models called Mordians.  I've painted them an impractical red, because I painted a few others red some years back.

I've gathered up all my red 40K models, maybe they'll be a retinue for the two inquisitors.  The Imperial Guard models could be their ships crew.  I hate the idea of everything in the 40K universe being manned by cyborg zombie servitors.  It's plainly a waste of good cyborg parts, when you have trillions of humans eating food, you should put them to work.  Use the cyborg zombies for important work.

Here's a couple French sappers, a Warlord Games  and a Genie of the Guard Sapper.  The sapper is just a Victrix Imperial Guard body with a Perry cuirassier head. 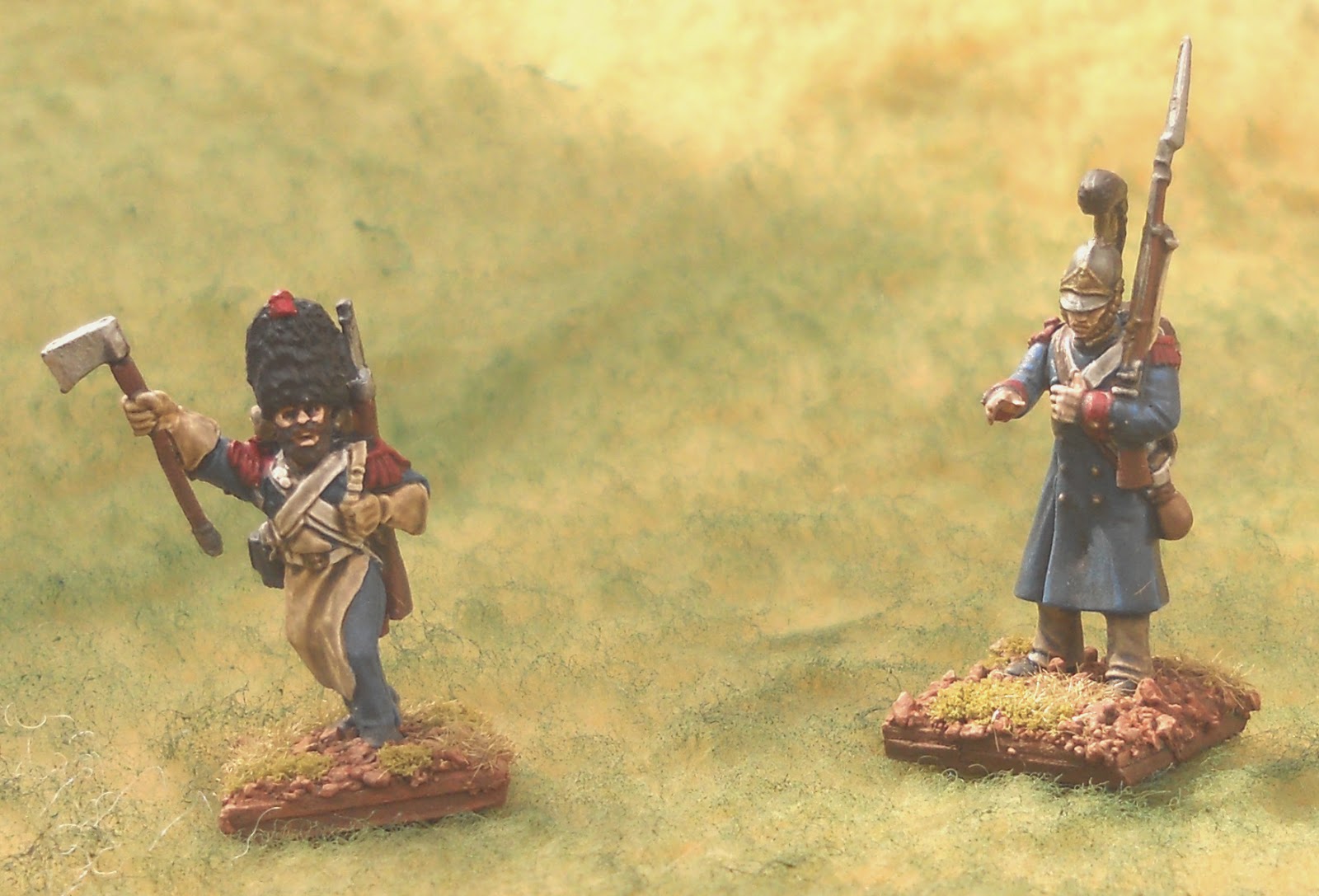 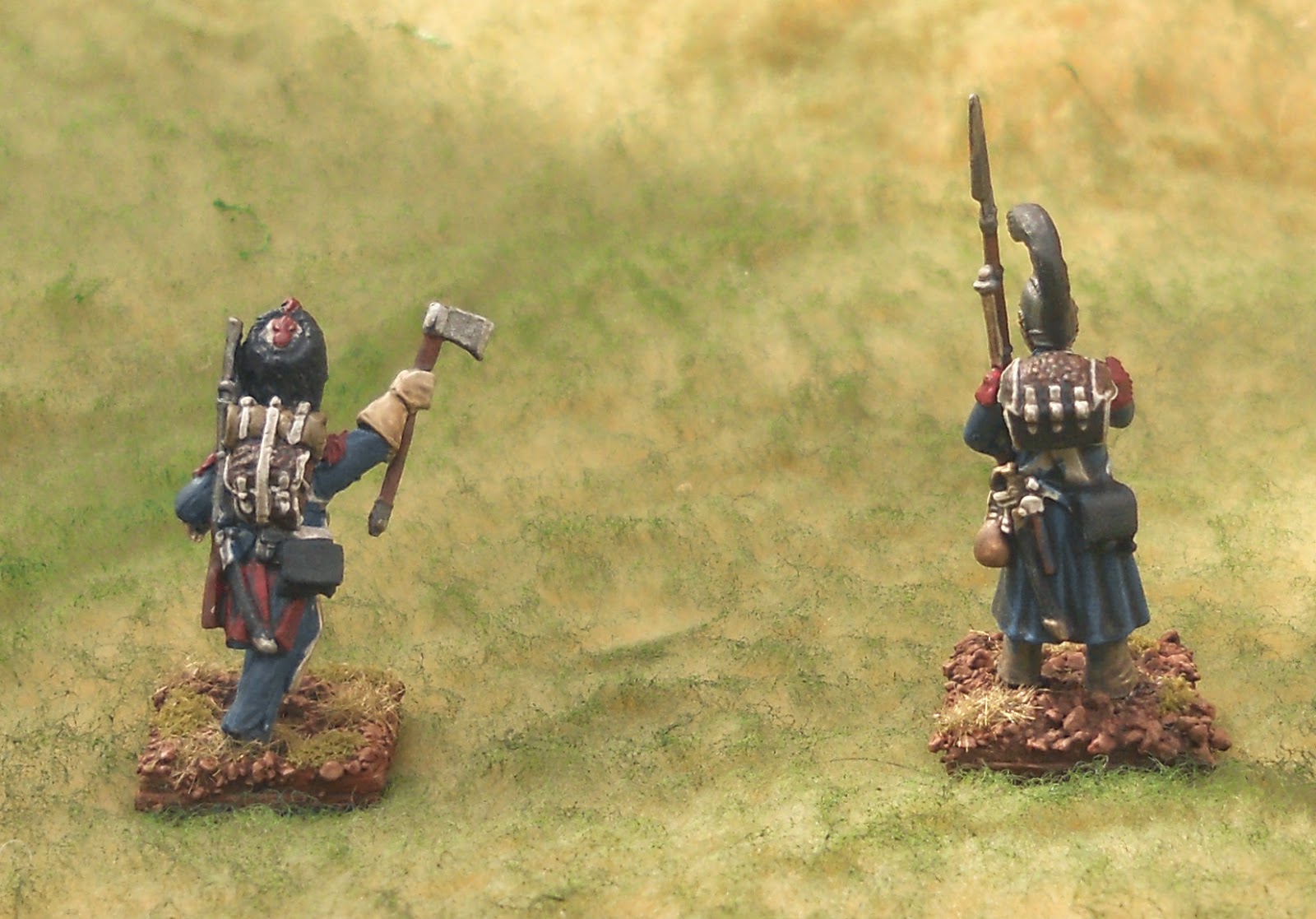 I saw a picture on the internet of over a hundred space marine chapters and thought it might be fun to paint one of each.  To start I painted two of the easiest chapters:  Death Strike and Dark Hunters.   Paint  completely blue, add a couple details, wash, and done. 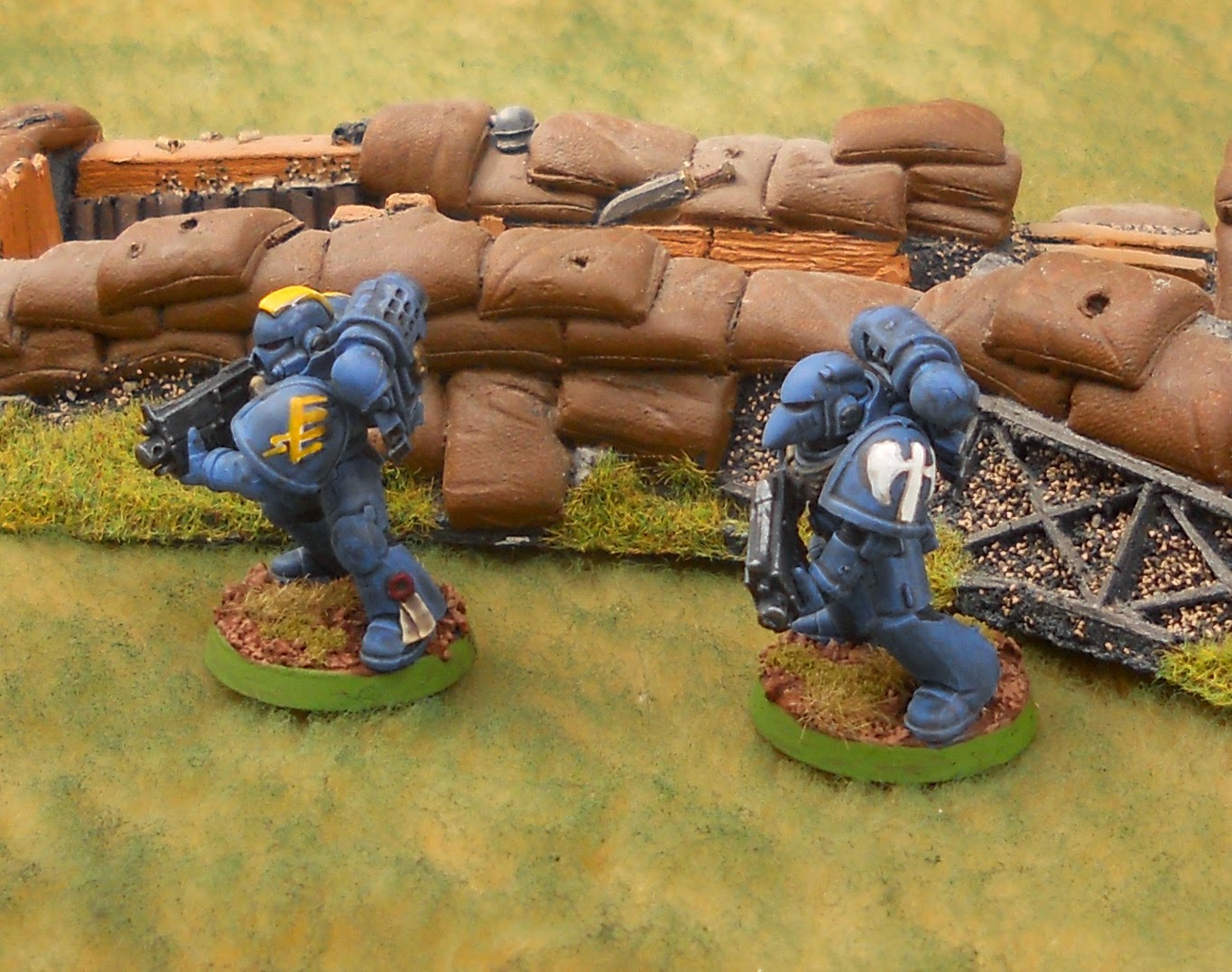 Lastly are some old Ral Partha  or possibly RAFM Africans.  I painted these up very fast without any sort of reference or idea of the correct colors, so please forgive me if they're all wrong.

Till next time, when I promise to have the previously promised French Dragoons pictured.  I haven't attached their scabbards yet.  I've also started some Perry Prussian Reservists and some French Chevaux-Legers Lanciers.  The lancers will be the 5eme Regiment because I like the colors.