﻿
﻿
﻿
Hello,
I managed to finish painting a small group of Rohan warriors.  They were both easy and fun to paint.  They are somewhat fragile and easy to break.  I manage to break and have to re-glue a bow and an arrow during their painting.  You can also see the spears are not always prone to being straight.
﻿

In the rear view, you can see that they were all given the same color hair.  The next batch will have different shades.

There isn't a lot of variation in the models, but you can overcome this by painting them different shades.

Some of the quivers don't have definition at the end of the arrows.  This is easily fixed by dotting the top a lighter color. 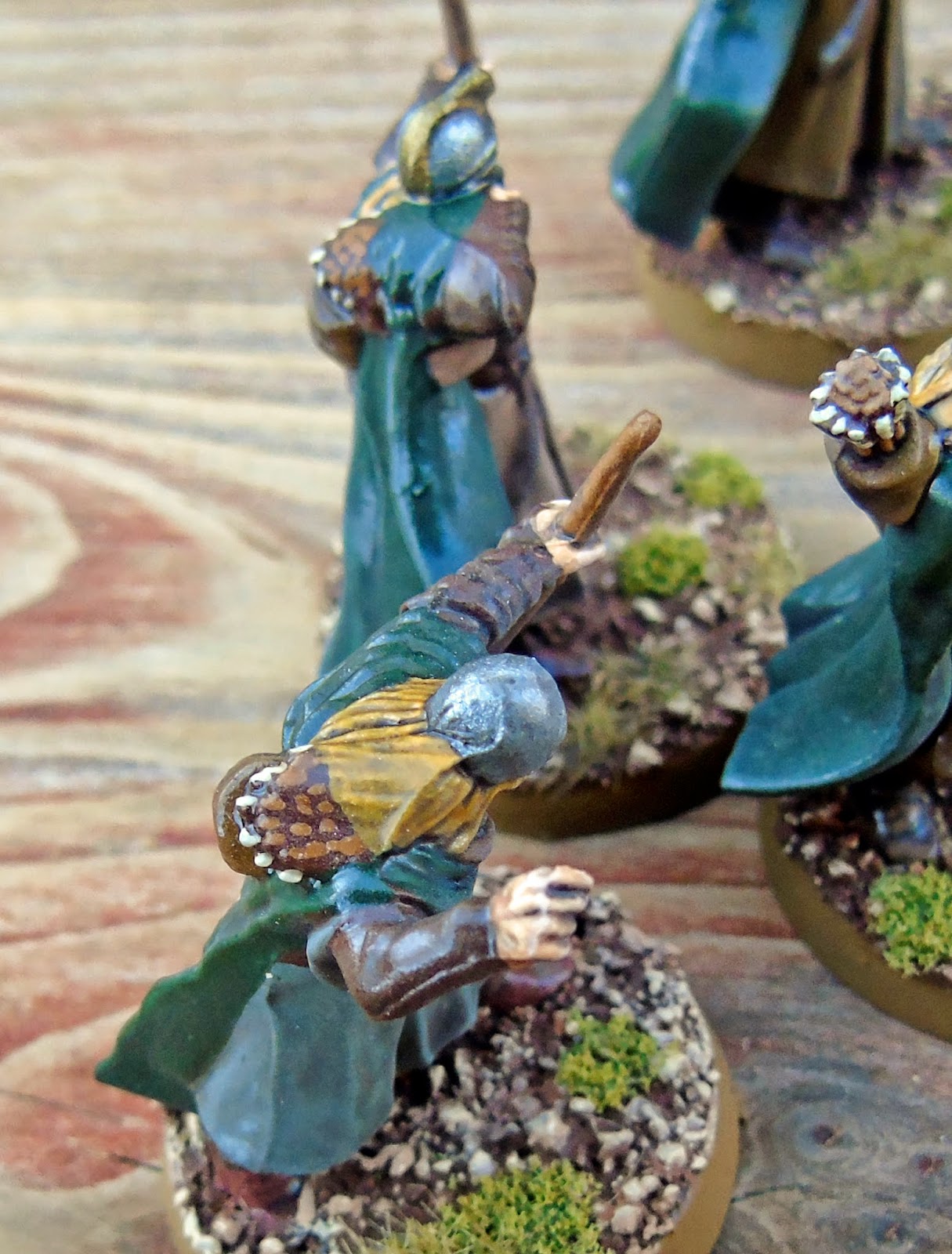 Here's a small pack of space marine scouts.  I hope to use them for Stargrunt 2 games.  Though I don't think I'll ever need four snipers.

At one of our local friendly game stores, someone brought their 1 to 1 scale model of the Batmobile. 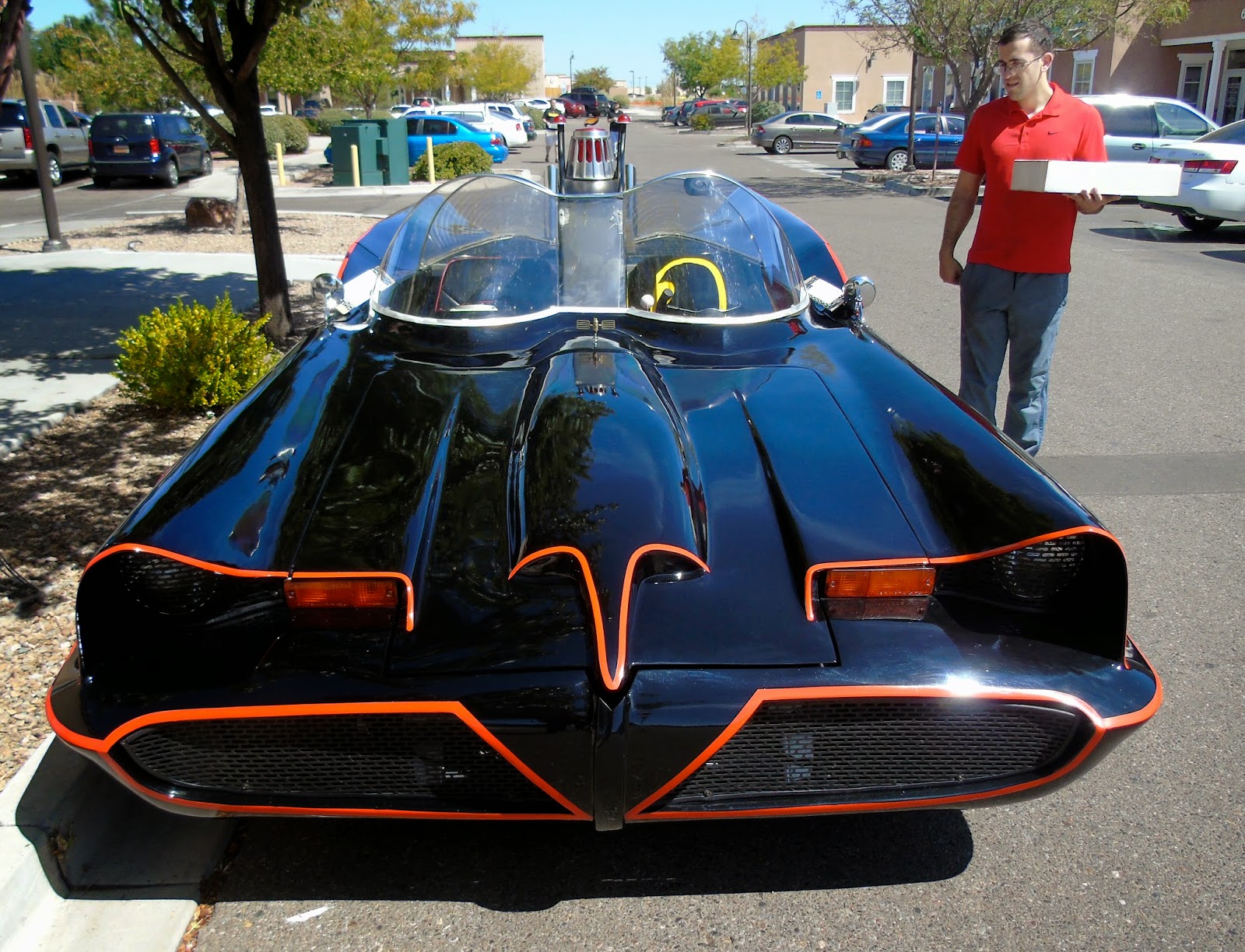 I wish my car had so many cool buttons. 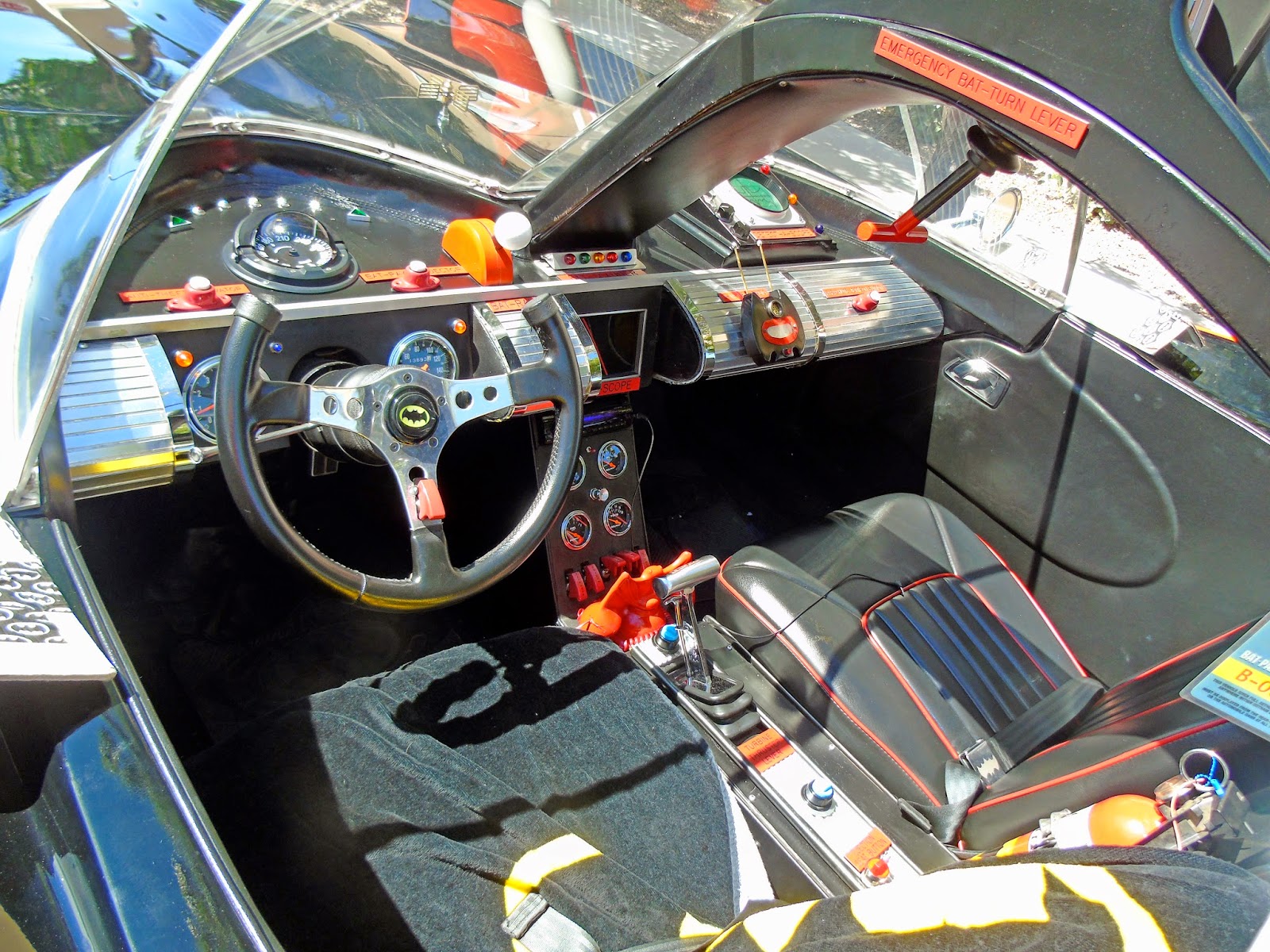 A bat extinguisher next to the ejection seat button. 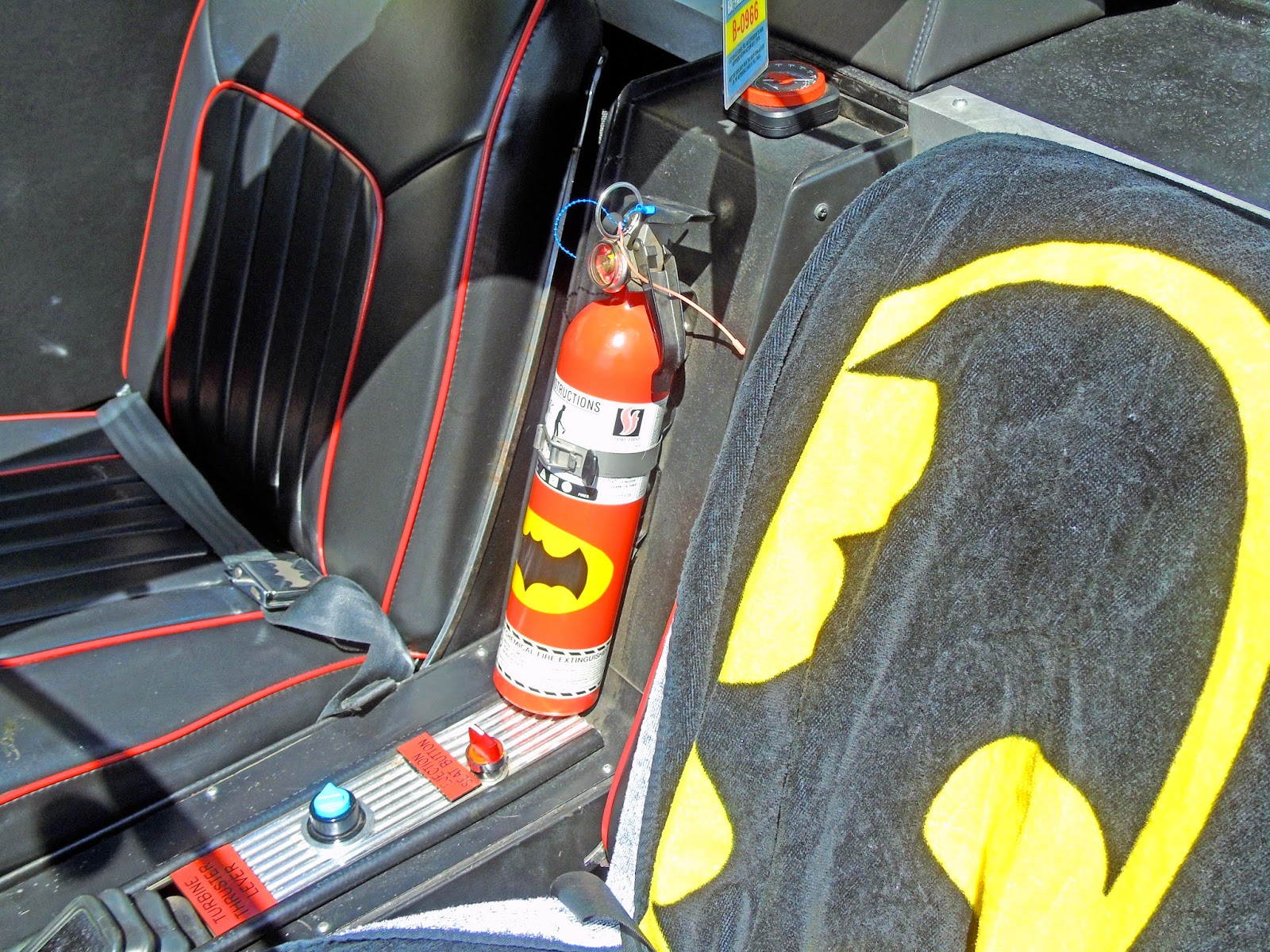 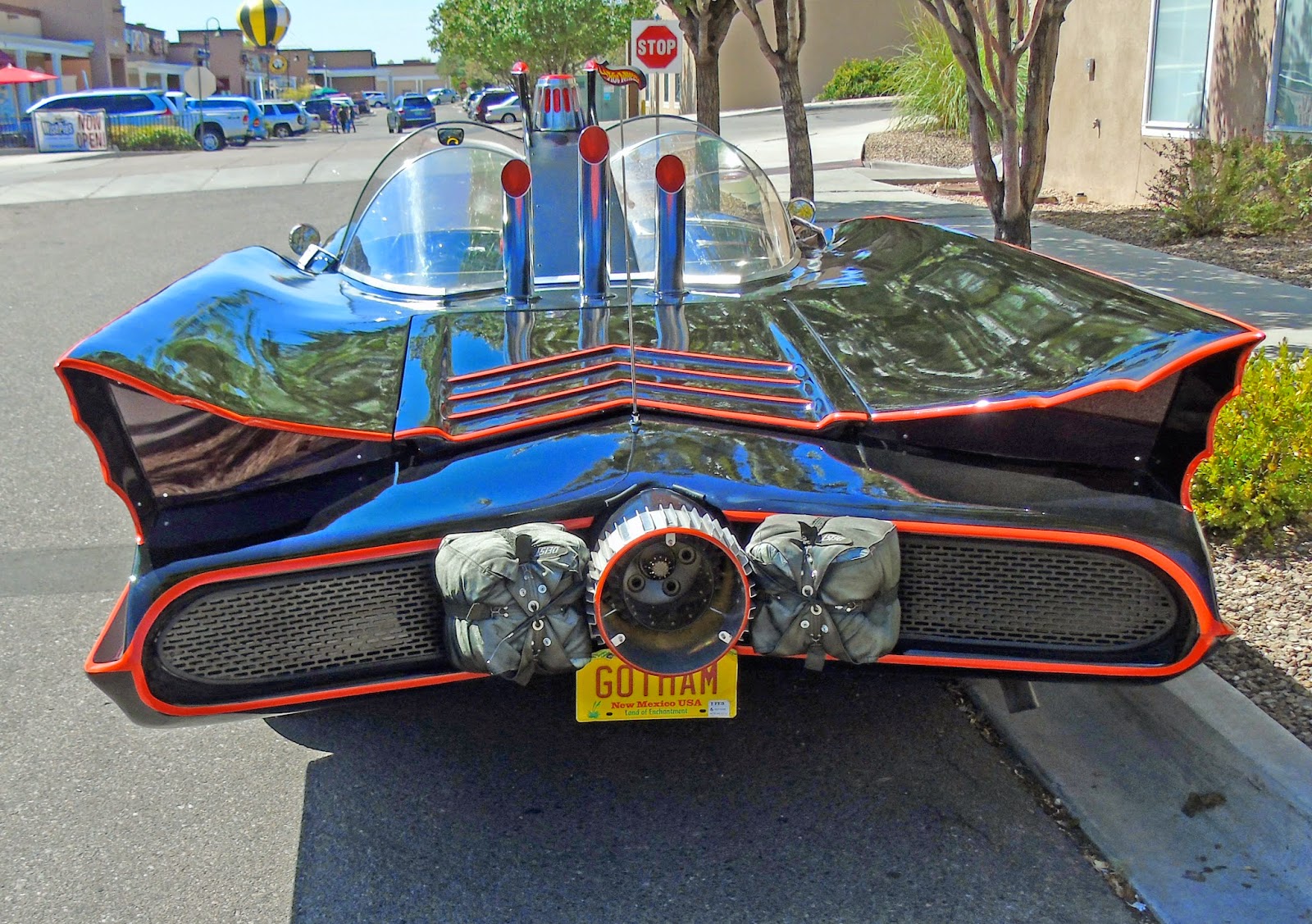 I took some mediocre pics of some fun LOTR games I played in.  These where the first I've played in.  Our brave Gamemaster Steve allowed us to learn the rules with a scenario out of the rulebook.  Gondor vs Moria:  both sides have three units of spear, sword, and bow, Gondor has Boromir and a Captain, Moria has a Troll and a few extra orcs with 2 handed weapons.  Gondor has to start the game with 8 men in the orc deployment zone.

Running the orcs, I shoot up the lone unit and advance up the field using cover and avoiding contact with the enemy. 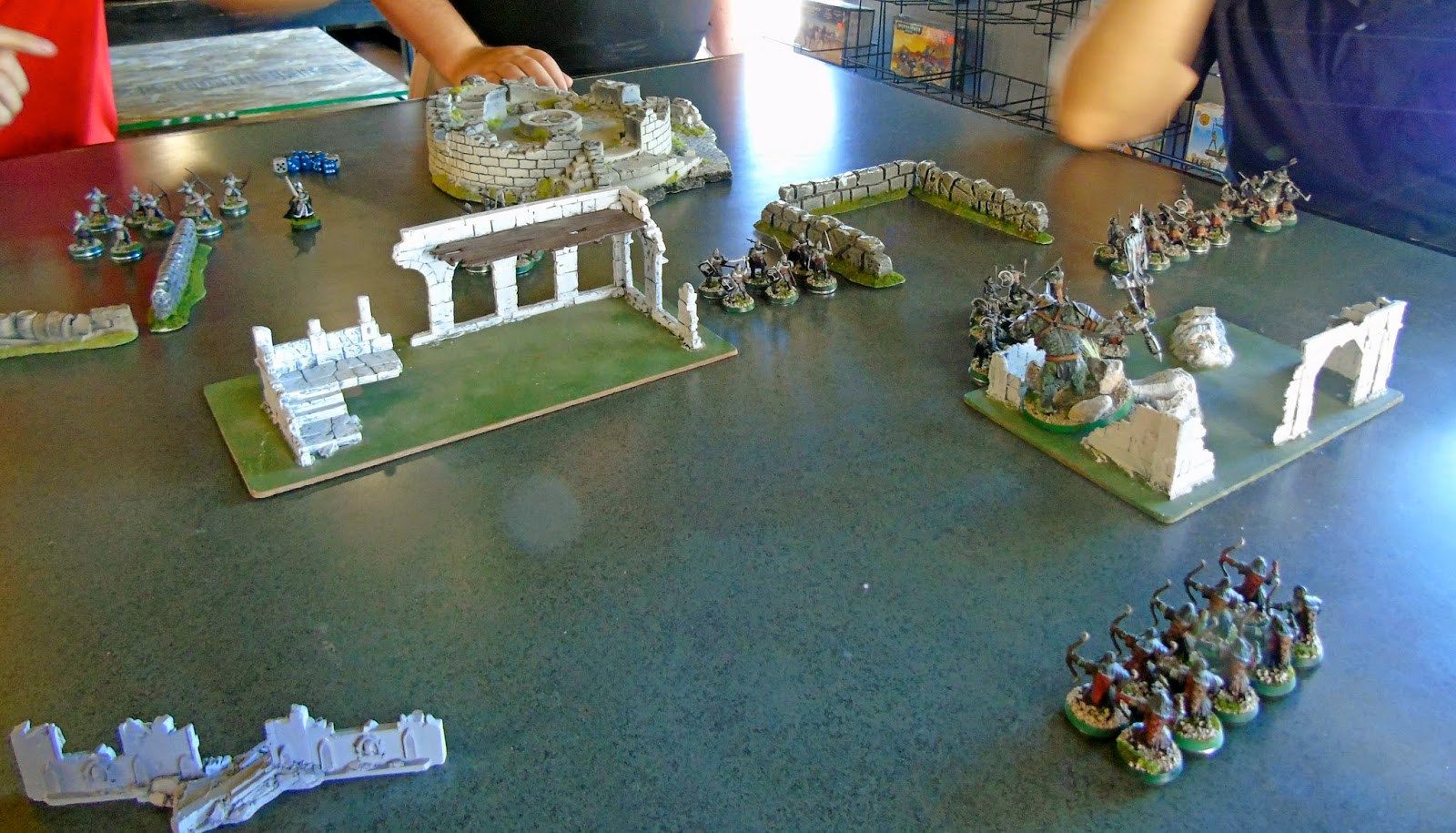 Bow fire is deadly in this game.  Only 3 men avoided my incredibly lucky bow fire rolls and hide behind a wall.  Those are good odds, I will attack them. 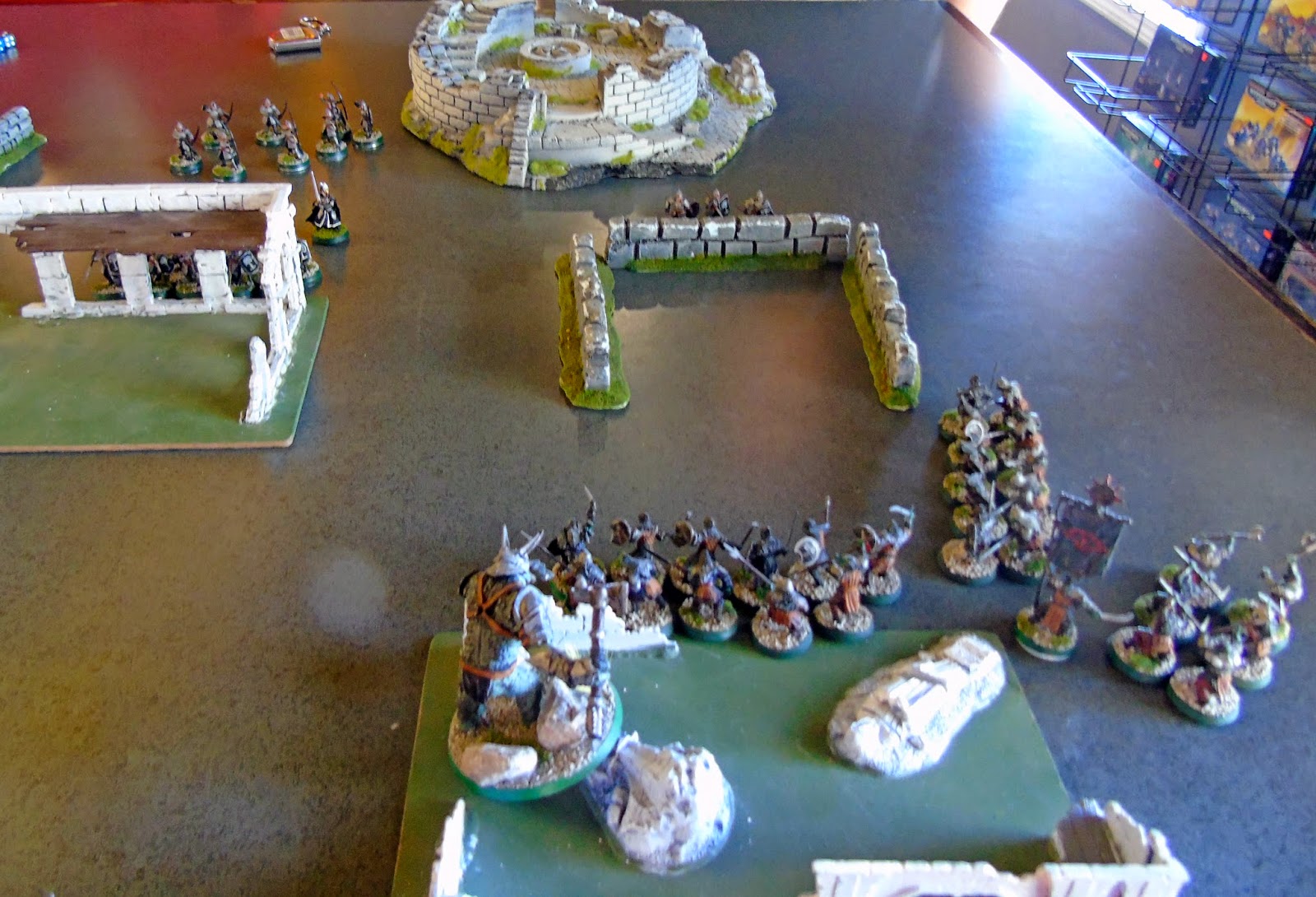 Had to move everyone back across the field to avoid his bow fire. 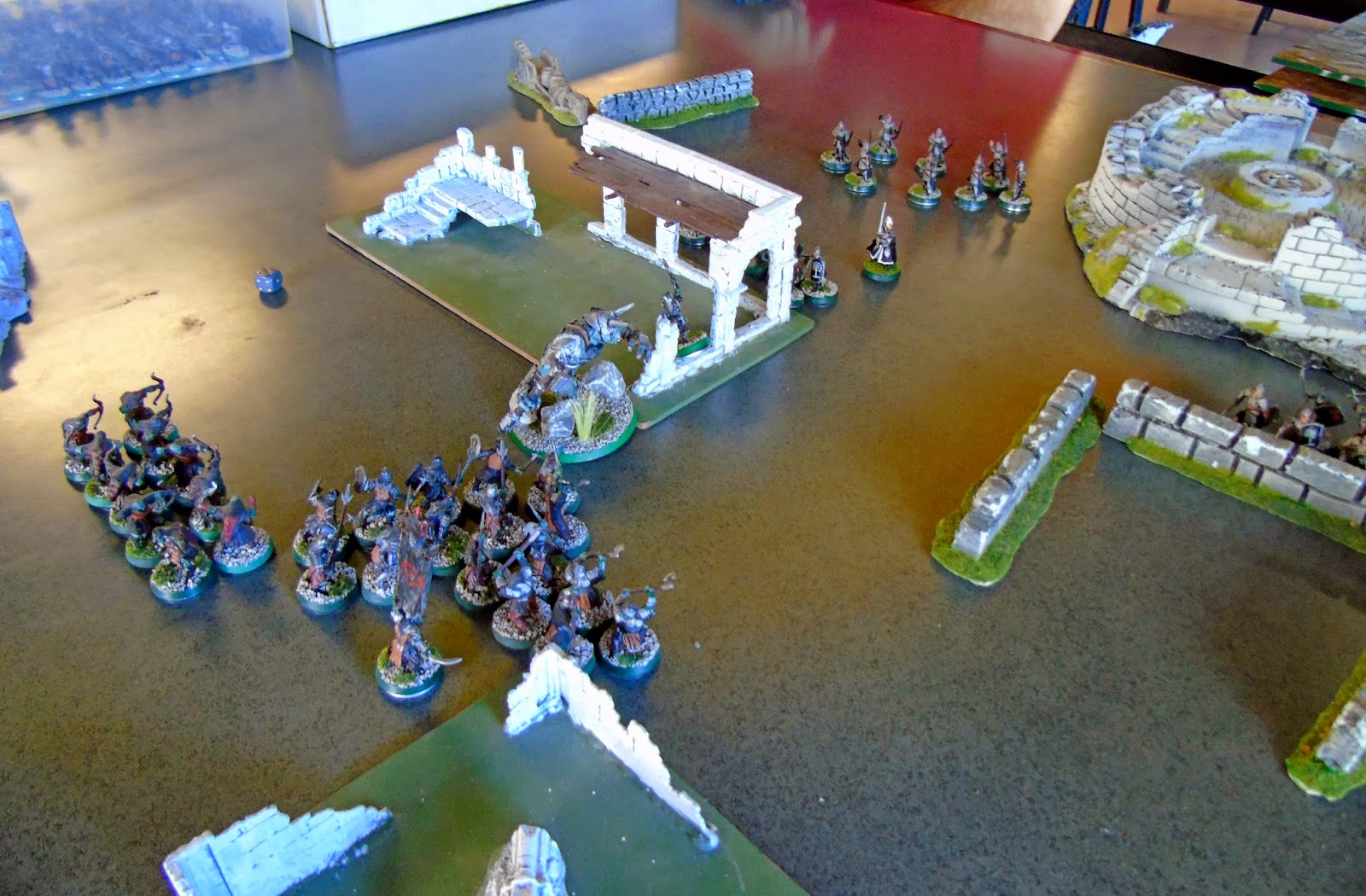 You can see I've caught those three guys alone.  Since we're in melee the archers can't shoot us.

Troll and orc captain tempt the enemy come and fight me on my terms.

The Gondorians don't fall for it, so I have to go to him.  I thought the Troll could smash through his archers, but he doesn't do anything by get surrounded and I have to bring up troops to help him out. 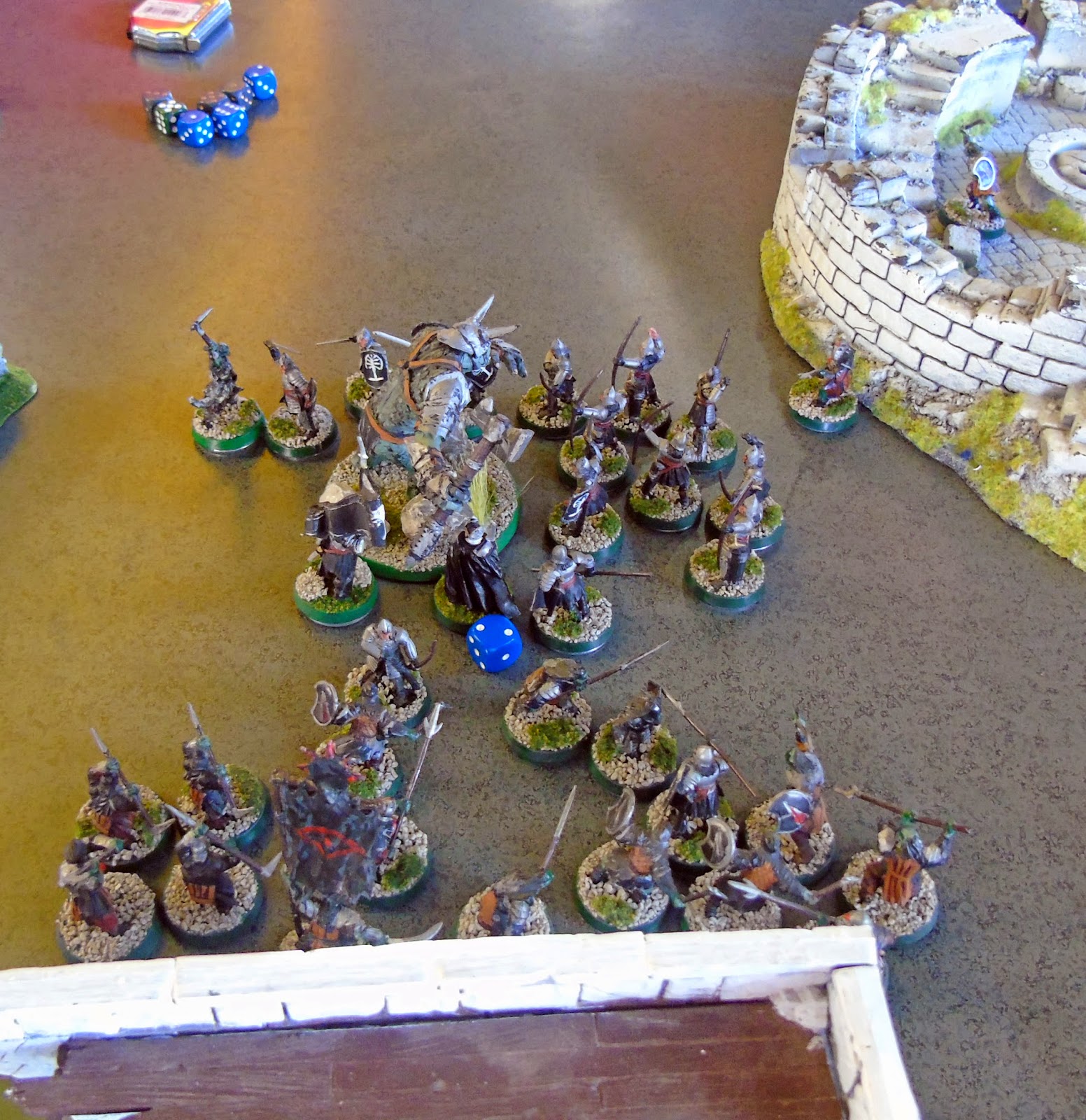 A furious brawl ensues, but I manage to avoid too many casualties and by focusing on outnumbering individual Gondor models and not piling everyone into the melee. 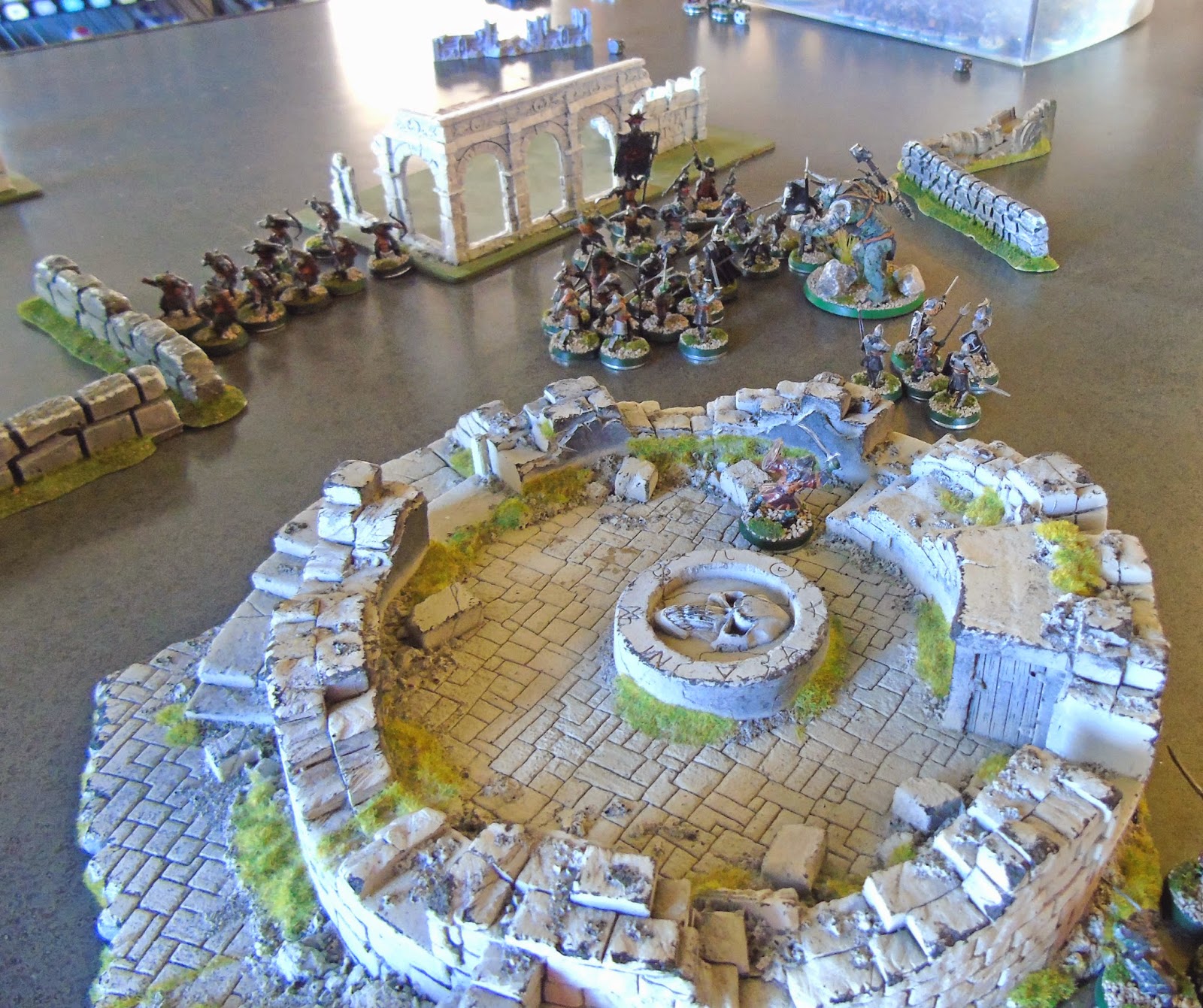 Eventually we broke the courage of the few remaining Gondorians.  The battle couldn't have gone much better, you can see our casualties for the battle in the upper right hand corner.  Maybe five dead orcs and we slaughtered the pink skins. 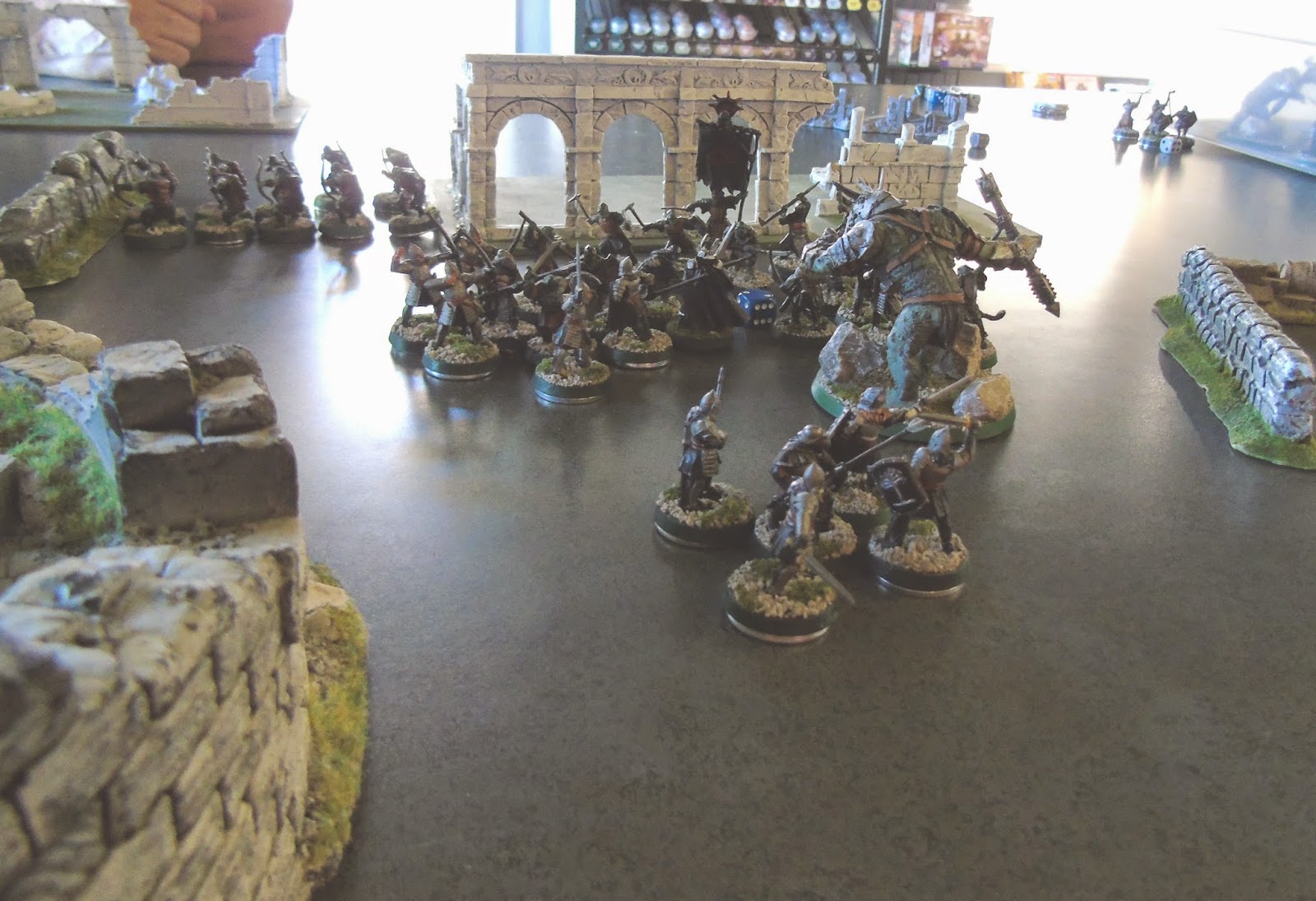 We flipped sides and played the game again.   I deployed almost everyone in cover together so I could diminish the orcs numerical superiority. 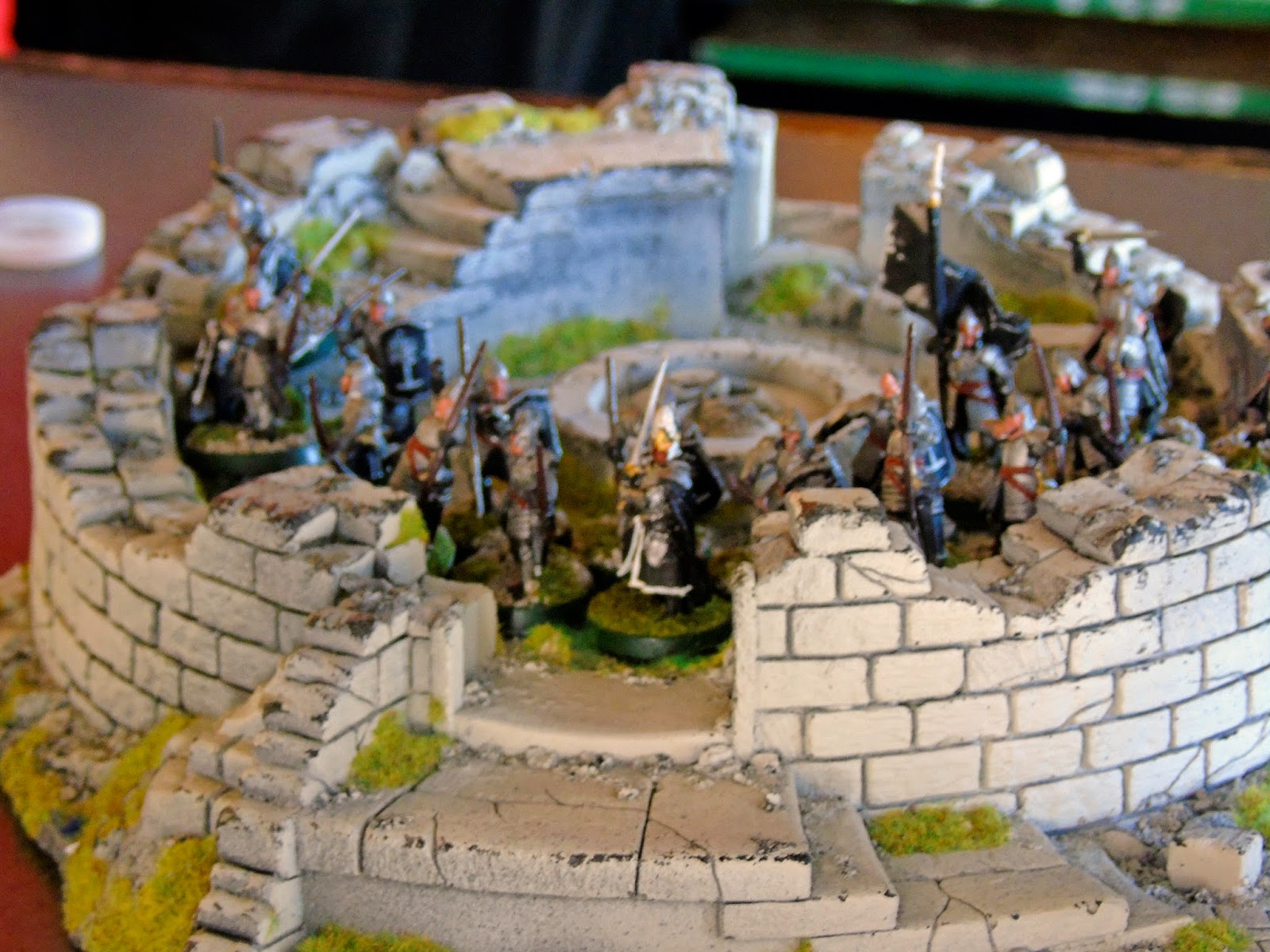 The forward unit flees the orcs as quick as they can and try to use cover along the way.  They make it back to the team hang out only losing two guys to bow fire. 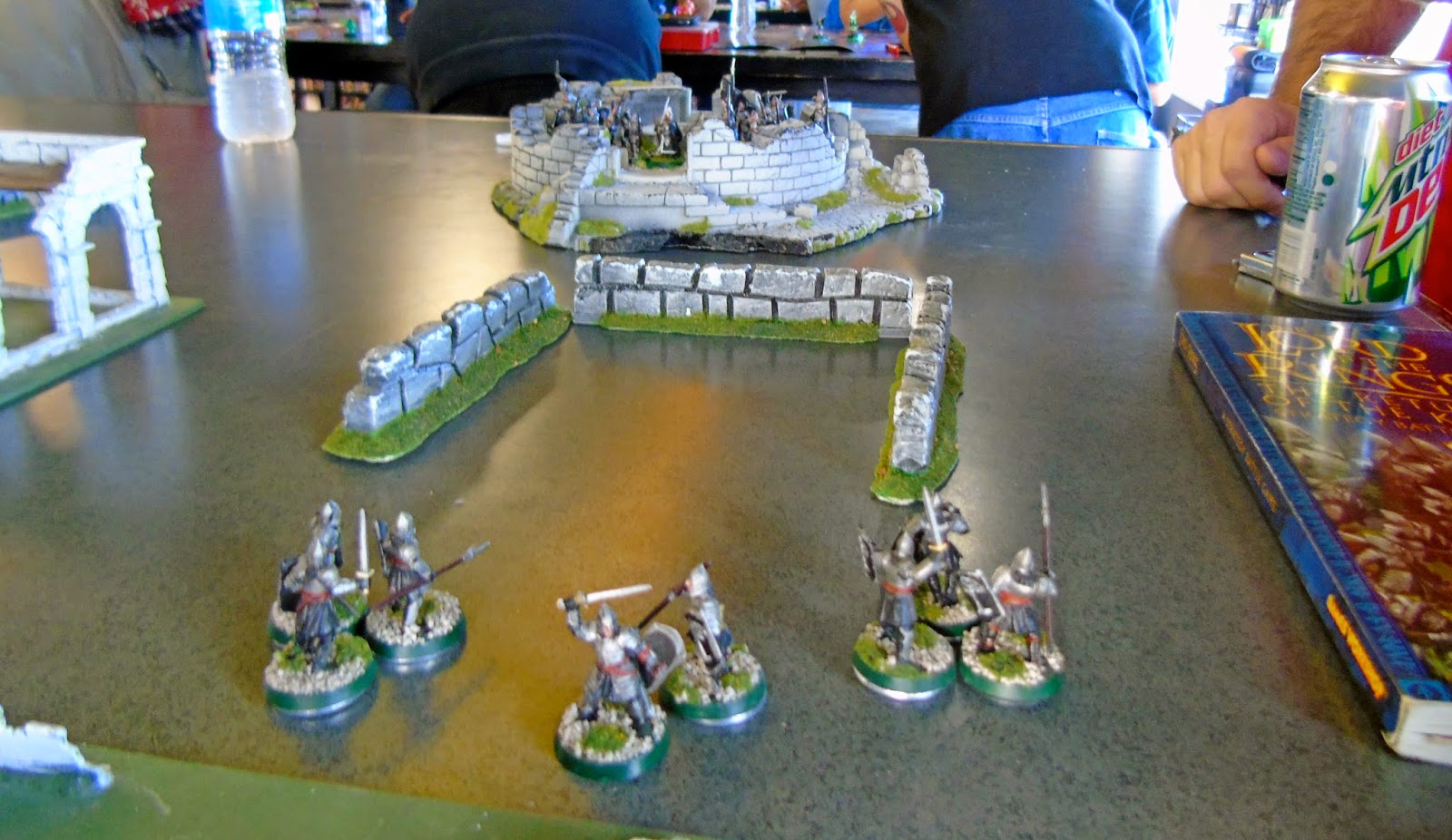 The orc boss moves forward and uses terrain to negate my archers. 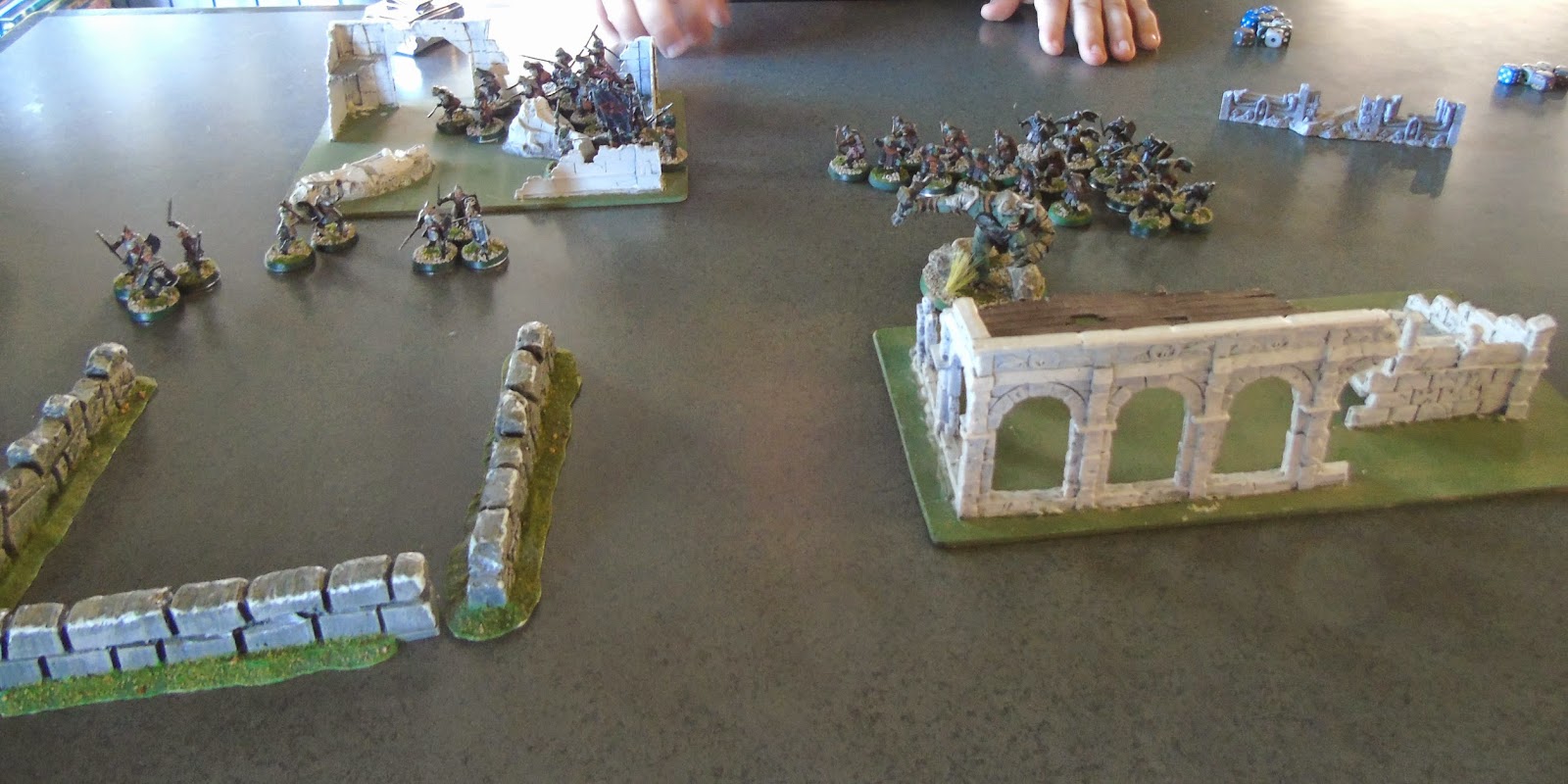 The orcs use a clever trick of hiding behind the troll as he advances.  I can't shoot through the monster.  The poor orc troops on the left though eat arrows so fast, you'd think they were delicious.  My commanding position lets me shoot over the intervening cover and they don't have shields. 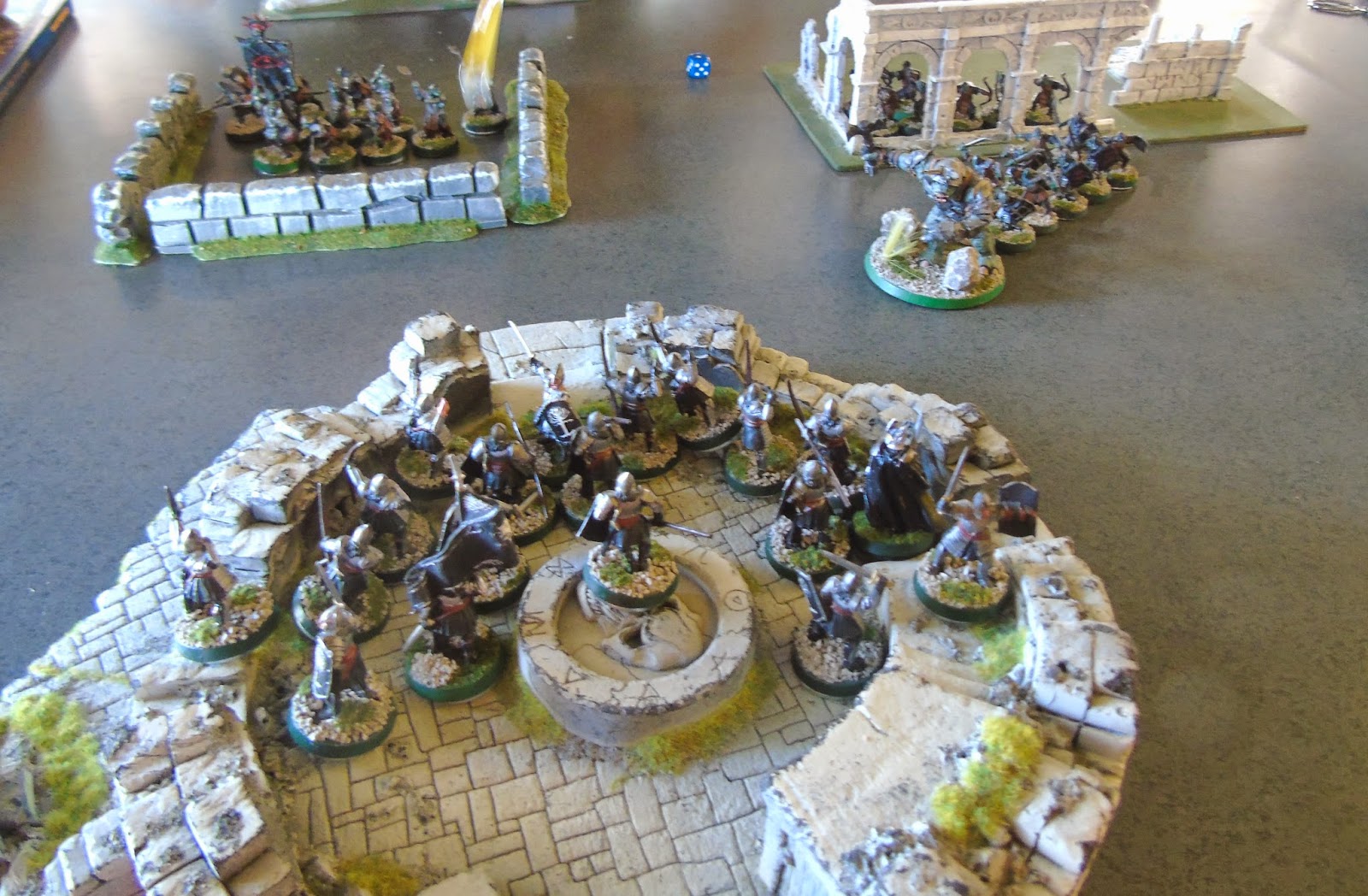 The inevitable rush hits my position.  Our densely packed unit doesn't allow the orcs to fully utilize their numbers at once.  You'll notice the Troll is missing.  Boromir wounds him three times in one lucky combat roll. 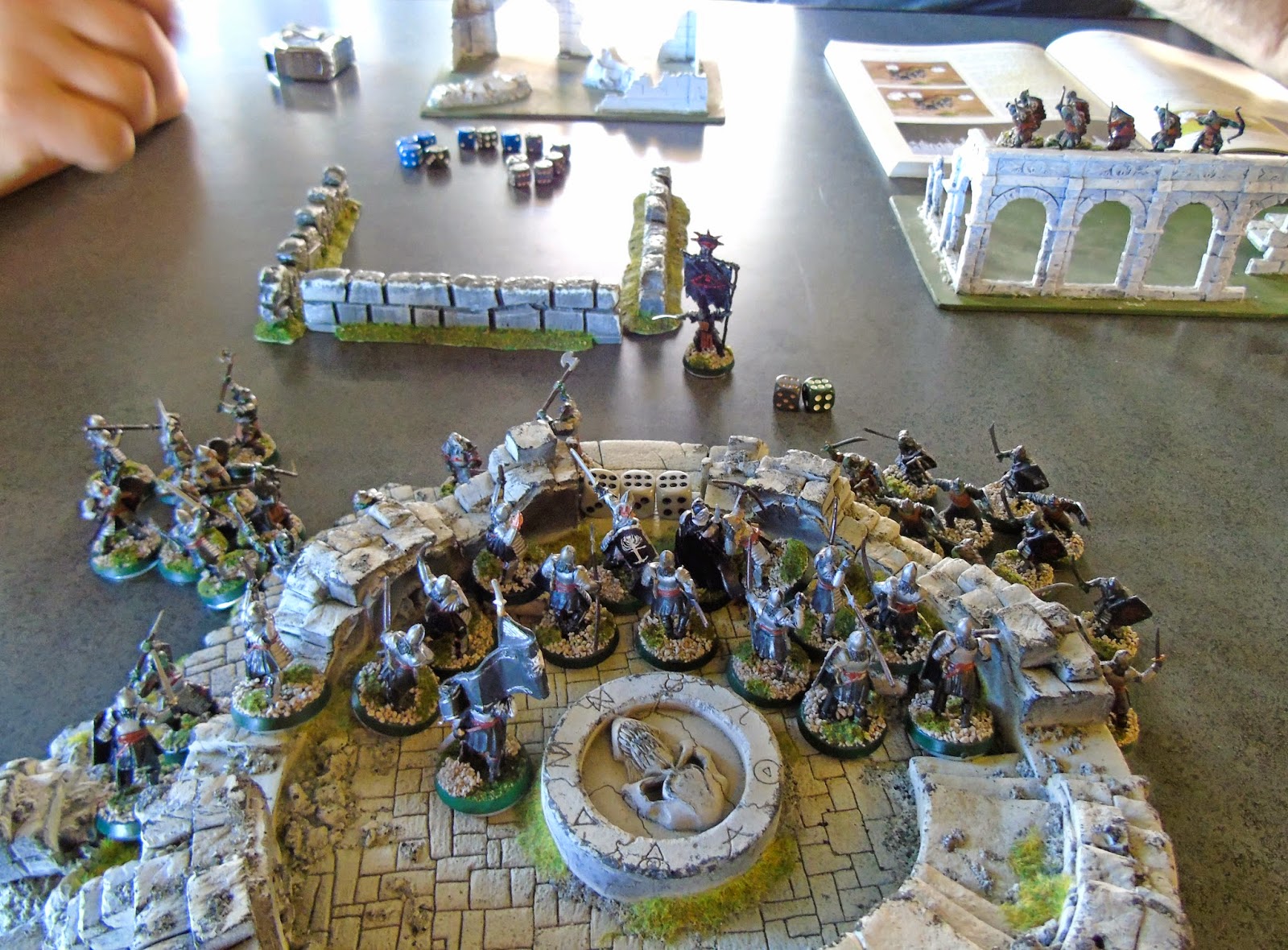 Next round, Boromir kills their standard and my forward unit comes around the corner keeping the orc captain busy.  The orc archers shoot through the melee and cause a few unwanted casualties. 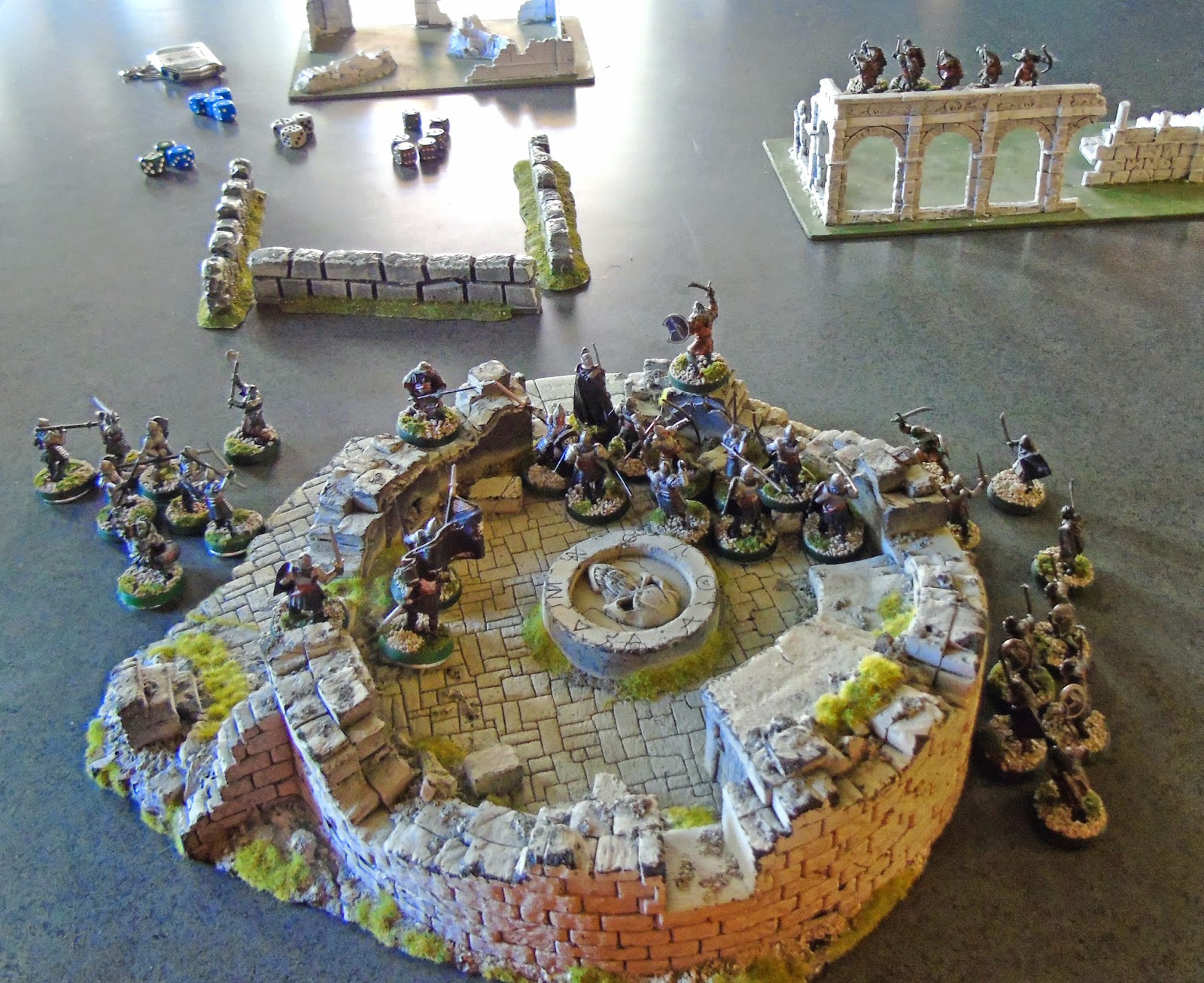 Eventually the orcs numbers are diminished to point that they think wisely that they should saunter off to fight another day. 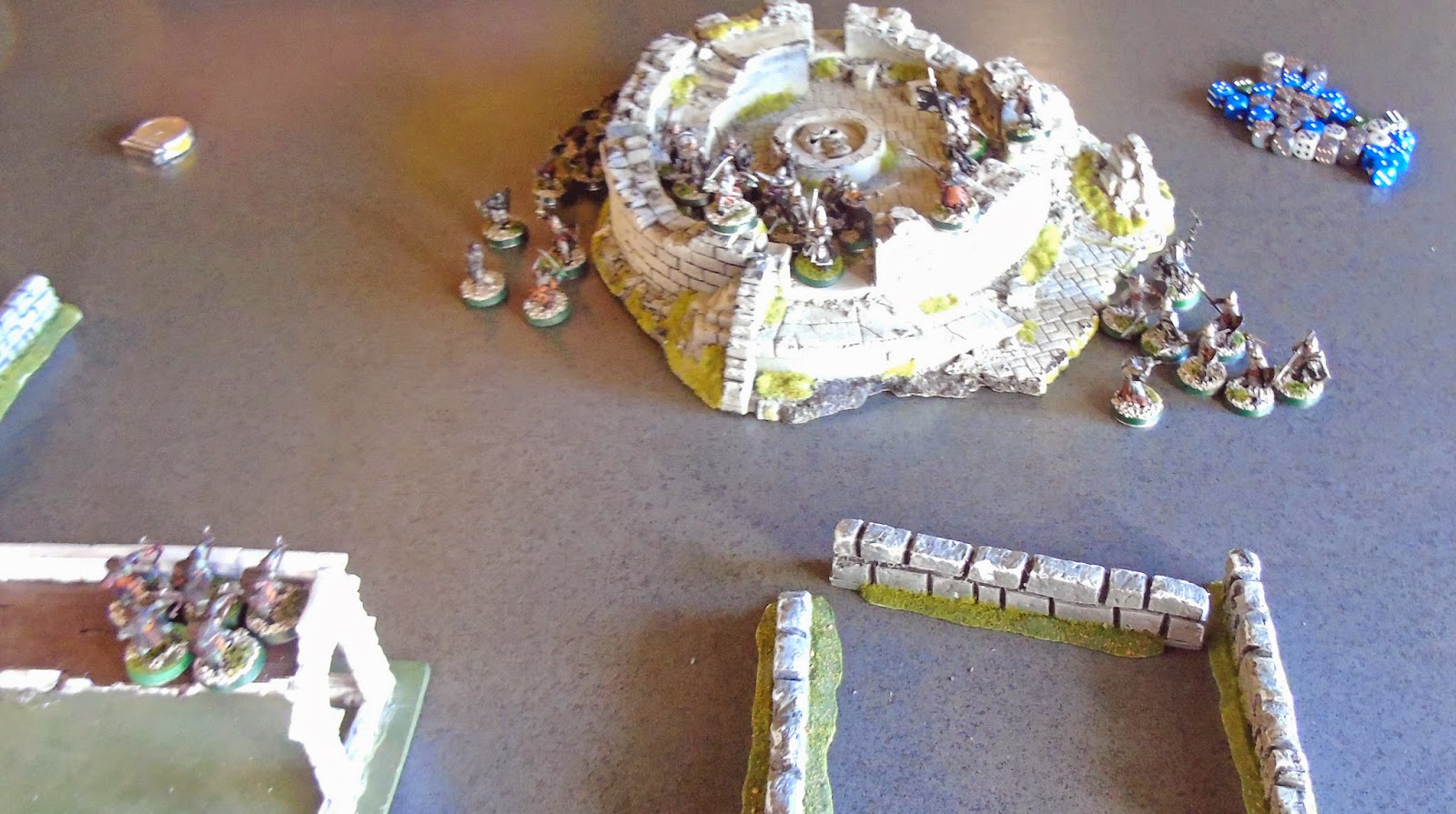 After getting home, I saw a glowing jelly fish UFO in the sky.  Here it is zoomed in 63X. 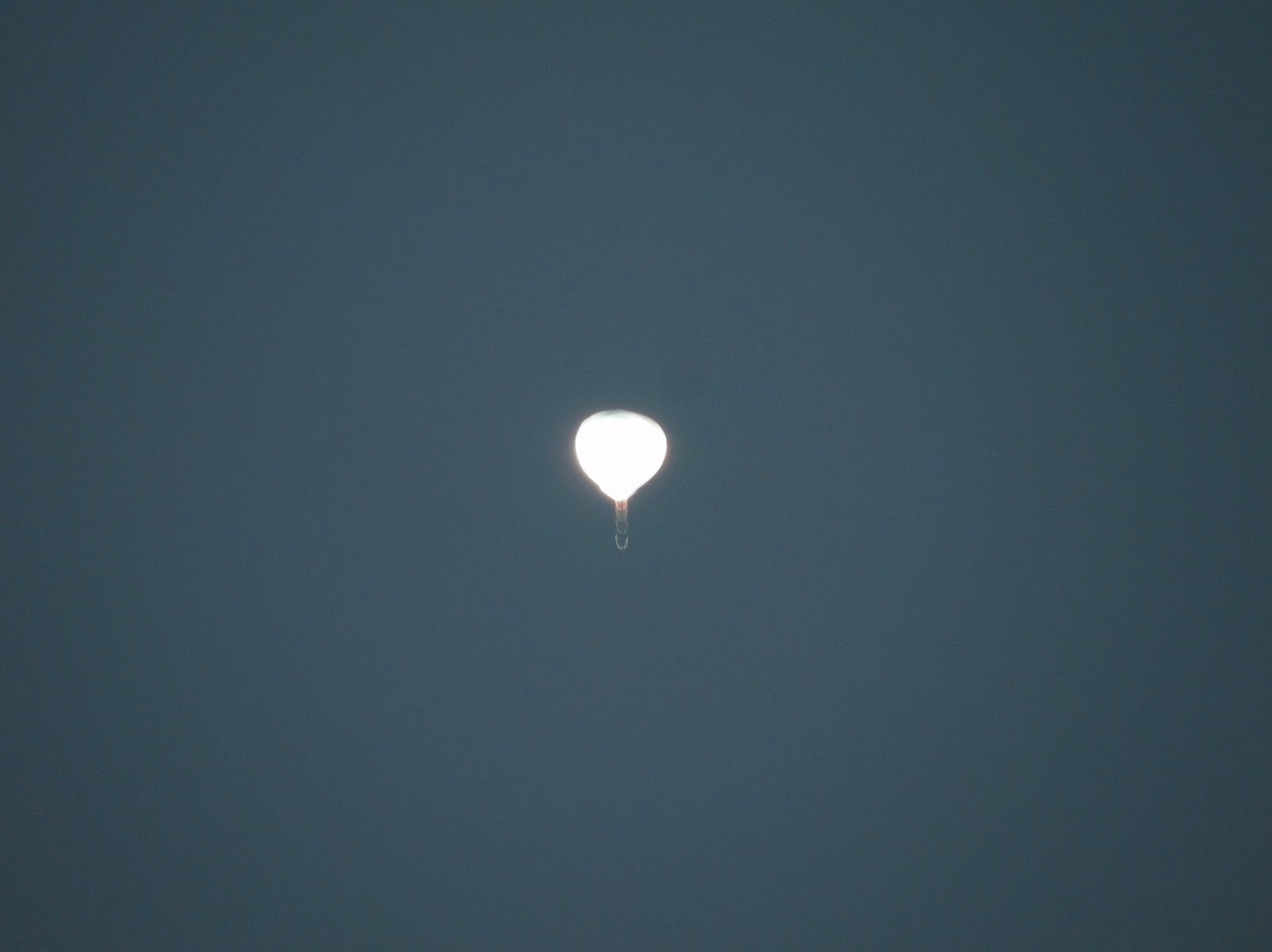 Here are some cabinet doors the wife is making to keep dust off my mini shelves. 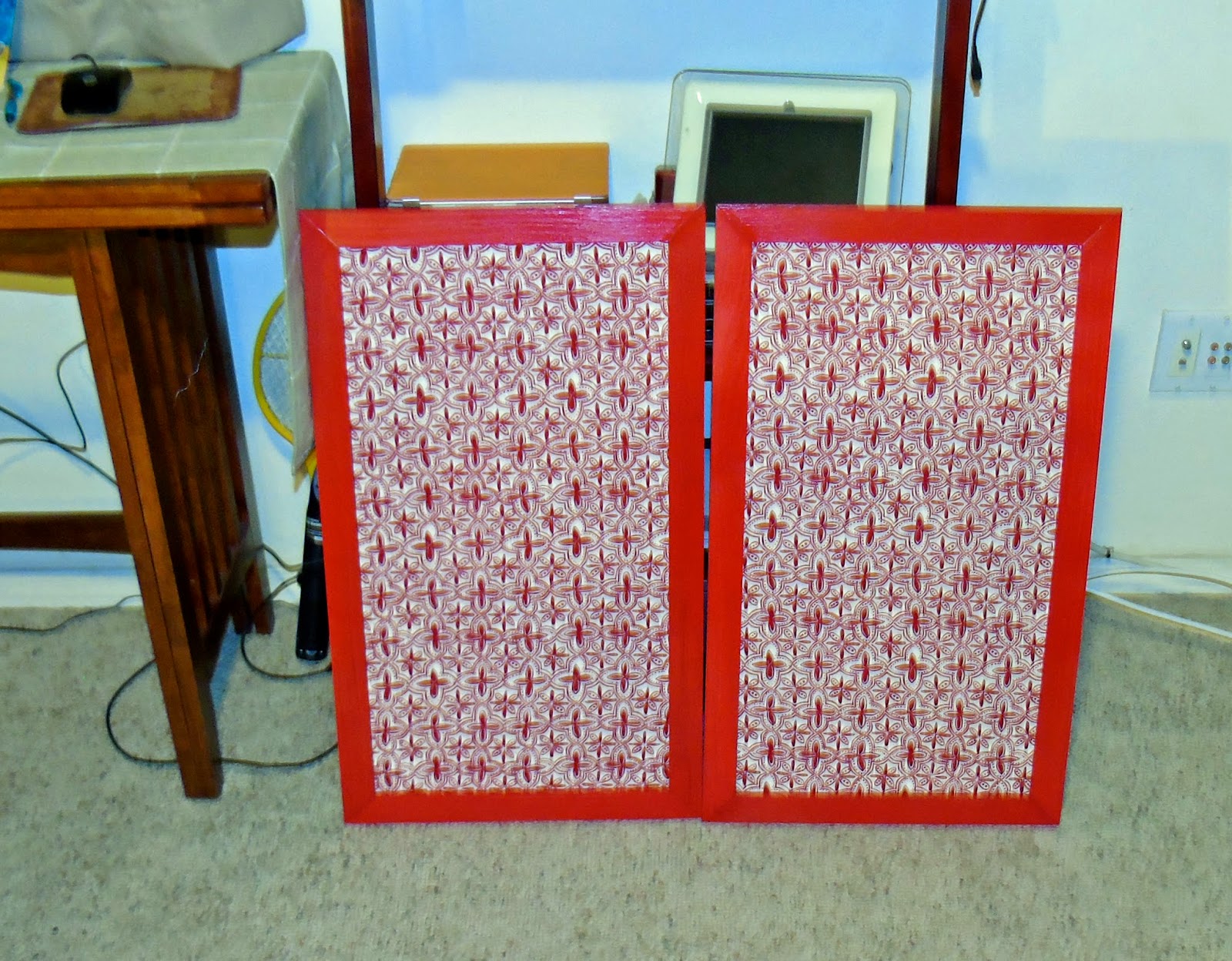 Till next time, when I hope to have Rohan on horses done.