A Few Painted Minis and Some Battle in the Bosque Pictures

First up are the last of the Space Marine Scout models I have been painting.  There's more that need paint, but I am quite tired of painting these guys.  There are far more enjoyable Rohan and Napoleonic models currently being painted.

How many troops do you need armed with only pistols and swords?

I finished a few more random sci-fi models.  An old Warzone mini to go with my retarded futuristic COBRA force.  The other two are Reaper "bone" plastic/resin models.  The are called IMEF troops, specifically named "Torch" McHugh and Nick Stone. 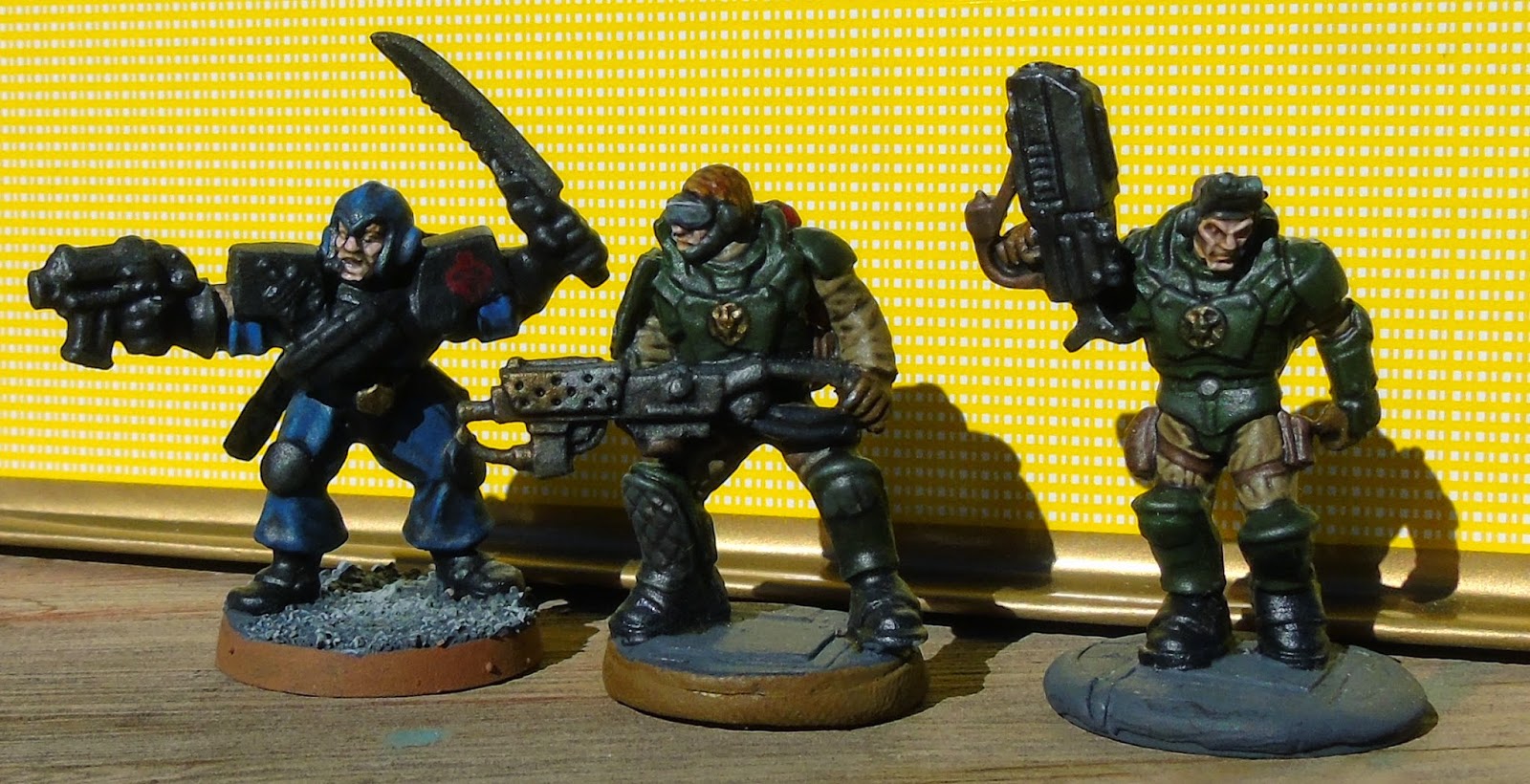 They're painted the same colors as my earlier mentioned Scouts, so they fight with them without looking to out of place.  I don't think the "bones" have the quality of Reaper's metal minis. 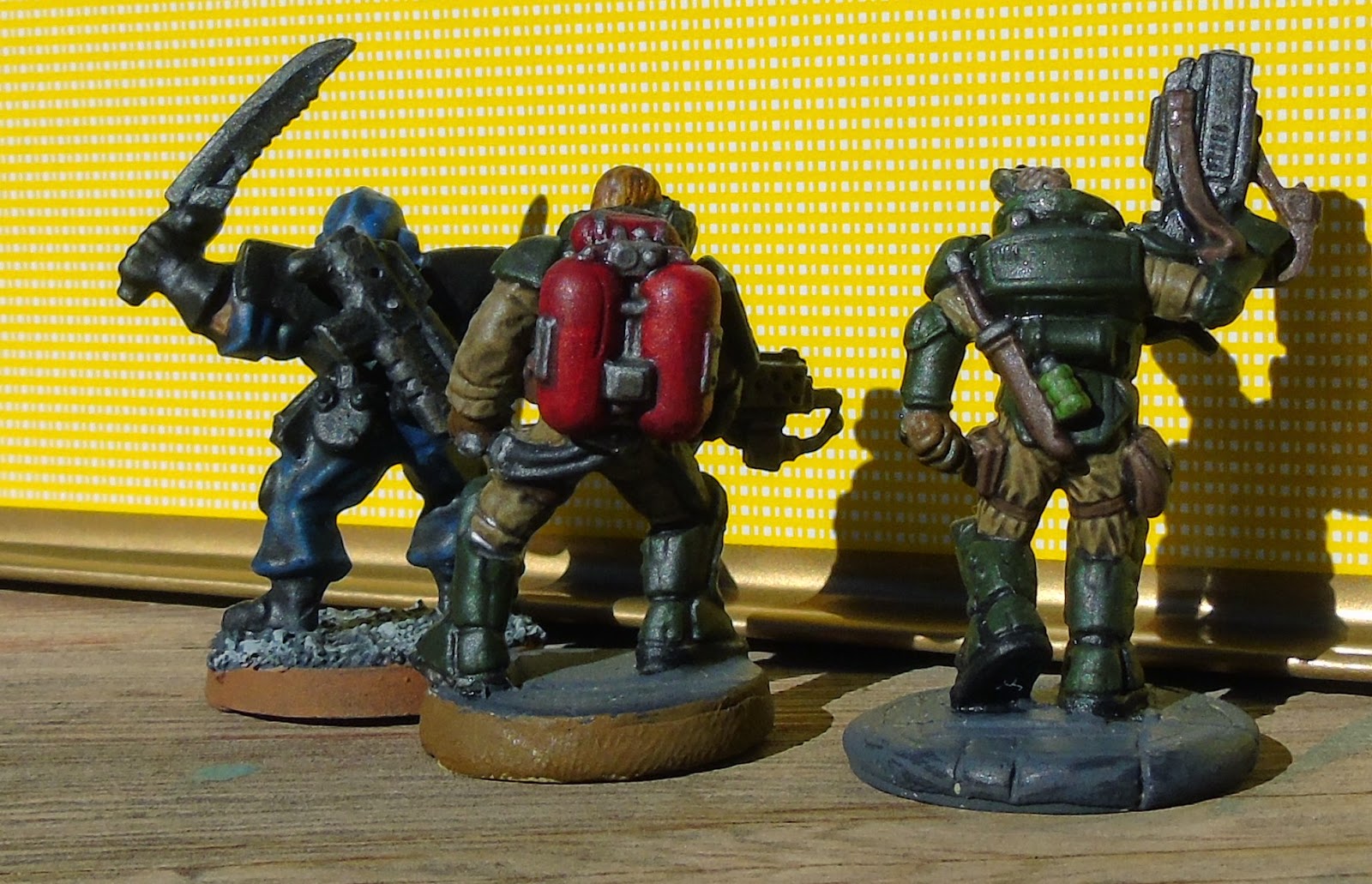 Lastly is a mini given to me by the owner of a much better blog,  http://www.madpadrewargames.blogspot.com   The GW LOTR model is the Gondorian character named Beregond. 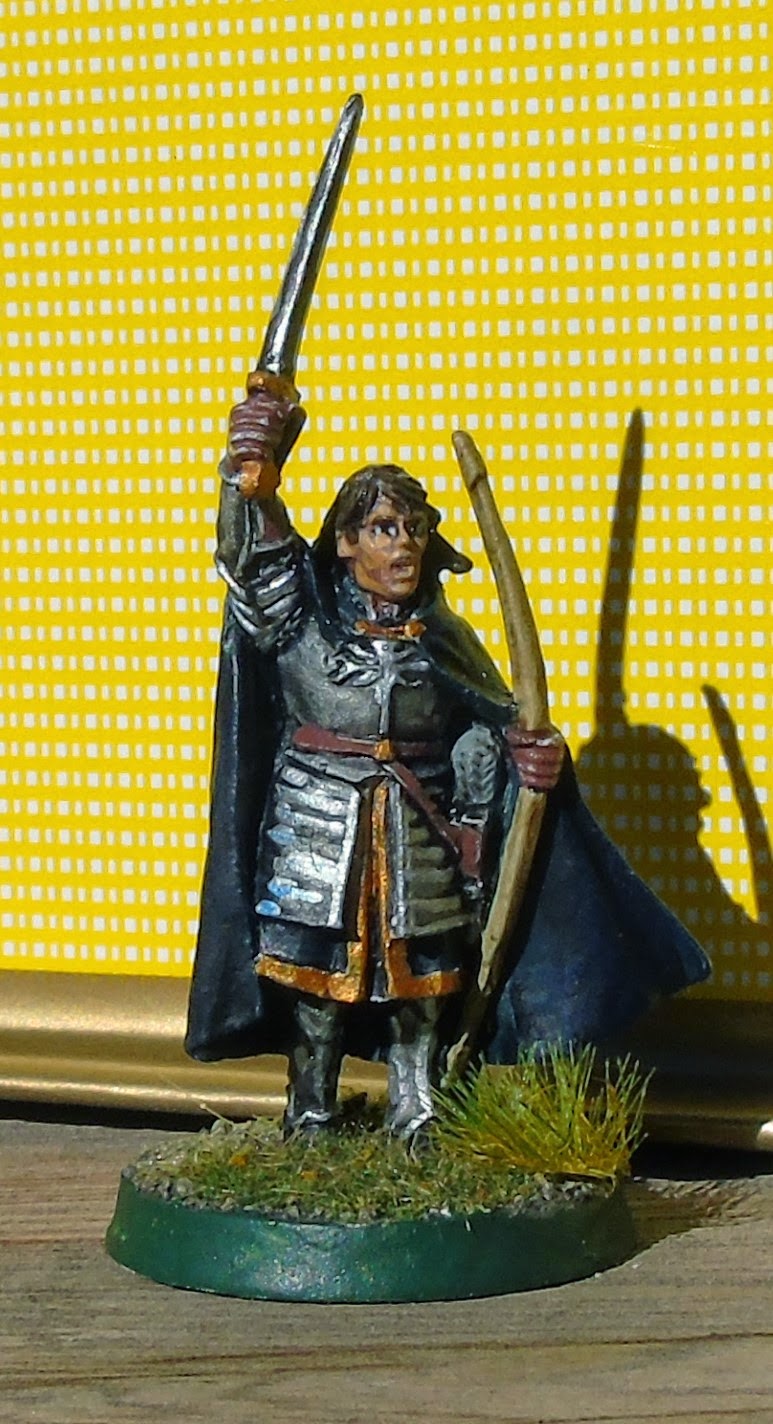 And now for some random Battle in the Bosque game convention pics.  There's not alot of pictures, as I only able to attend for part of one of the three days.

Here are some beautiful minis painted for Songs of Drums and Shakos, by Albuquerque's best mini baser.  Don is also and incredible painter. 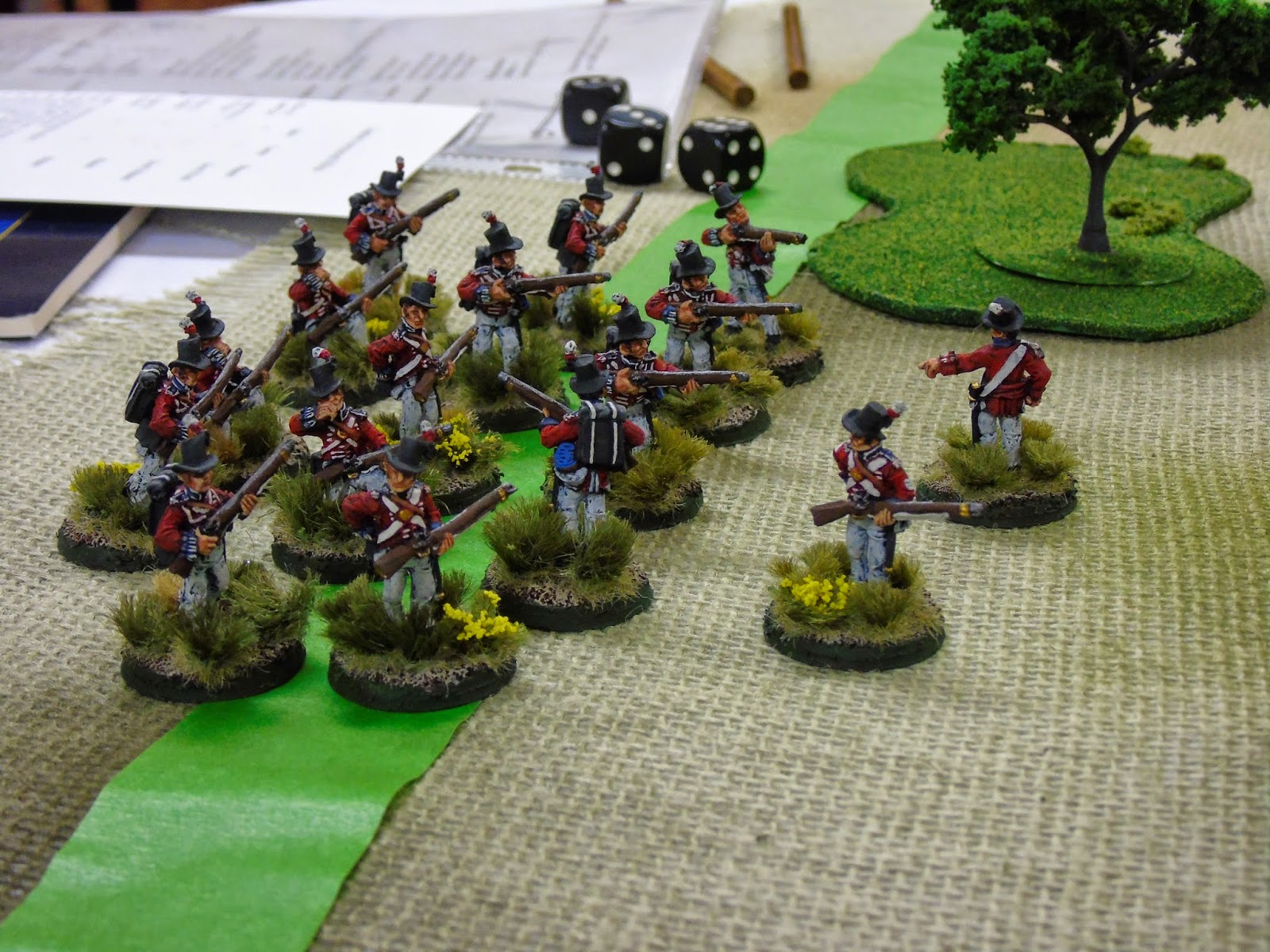 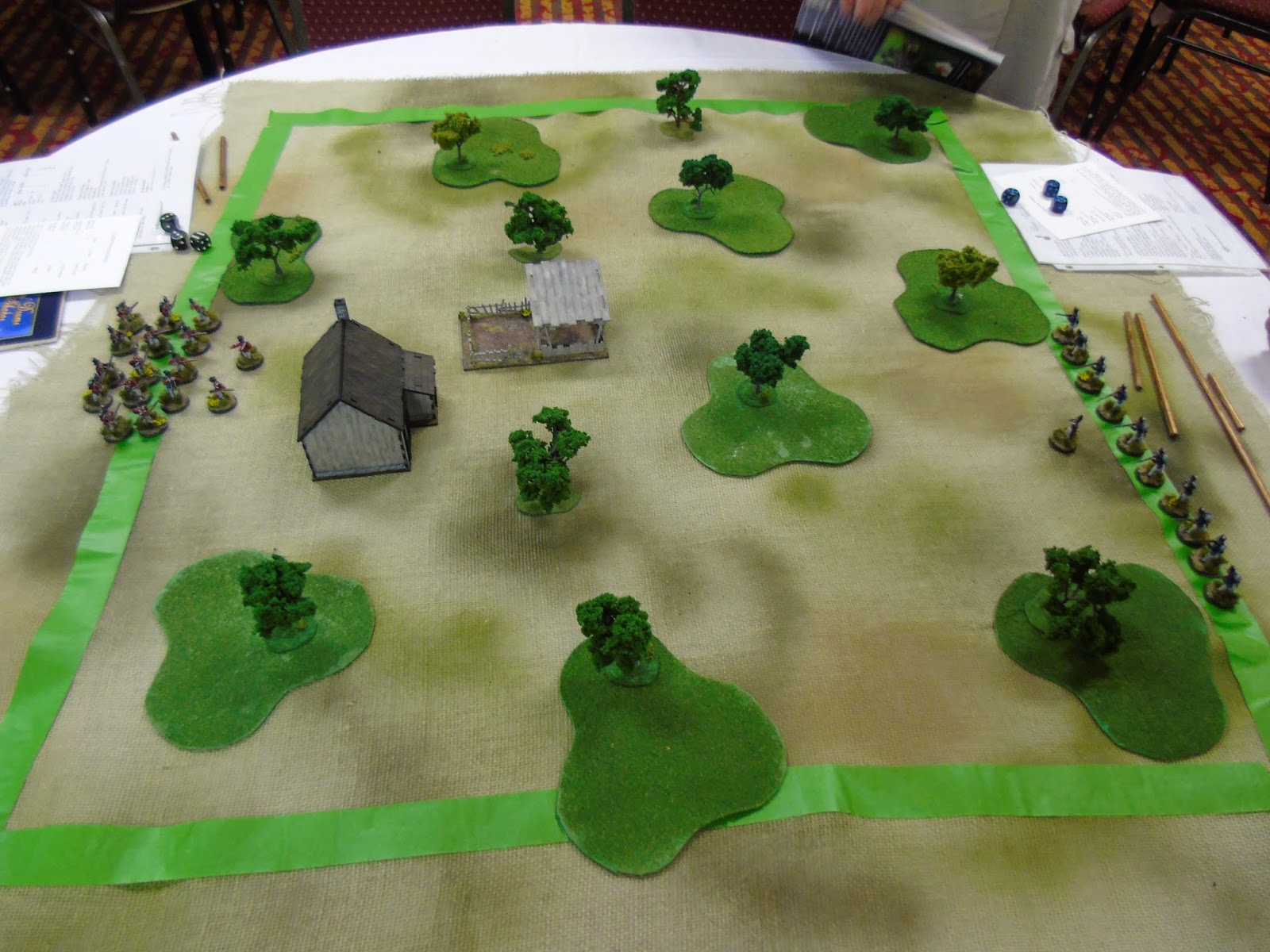 This was a fun underwater game of Astounding Tales, called SHARKS!  The organizer really came up with an incredibly fun scenario.  Russian and American divers need to recover a nuclear bomb off the crashed bomber, whilst fighting off a ridiculous number of sharks.  The sharks came on the table randomly and we had to deal with a Megladon and a Great White. 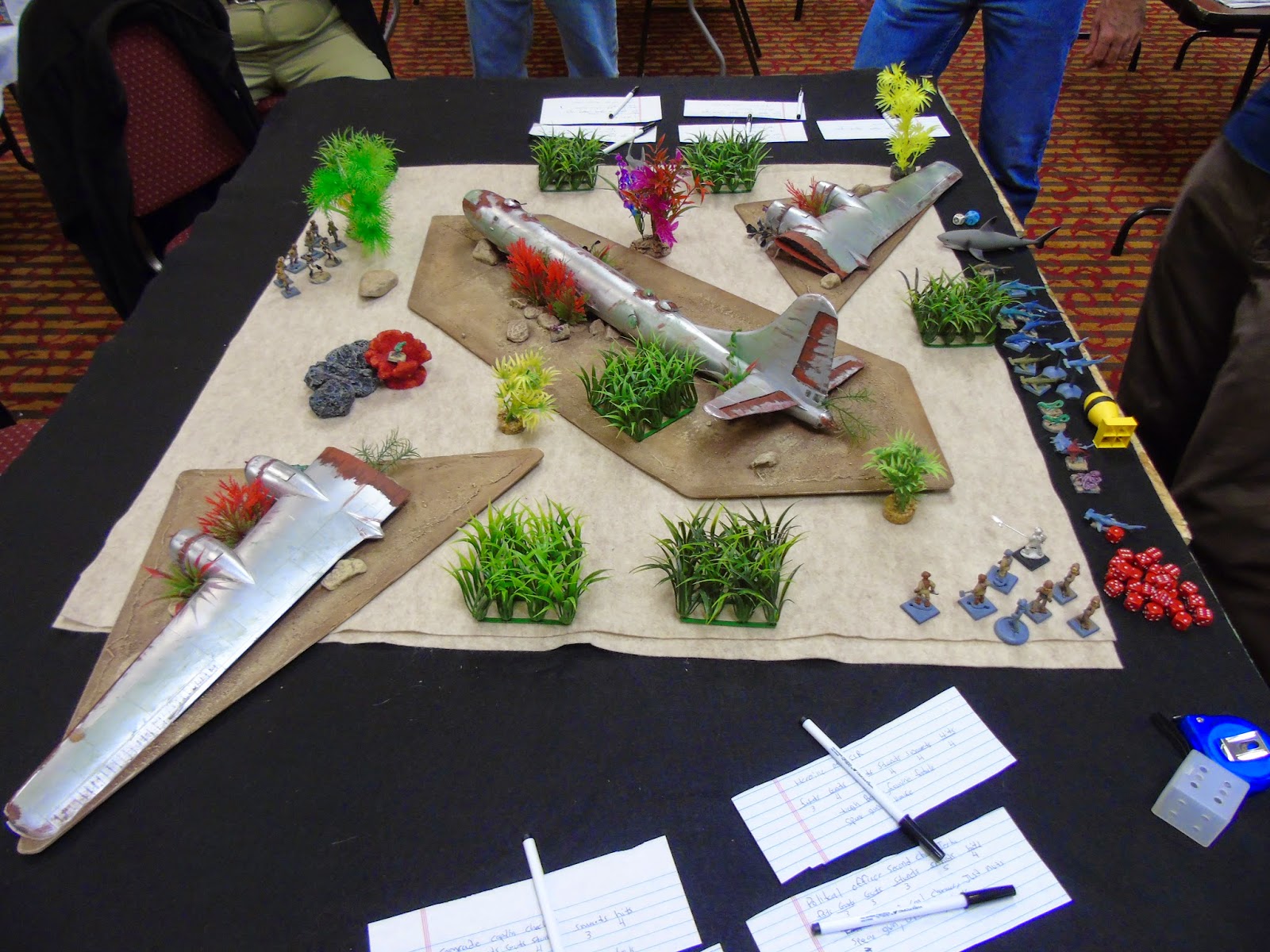 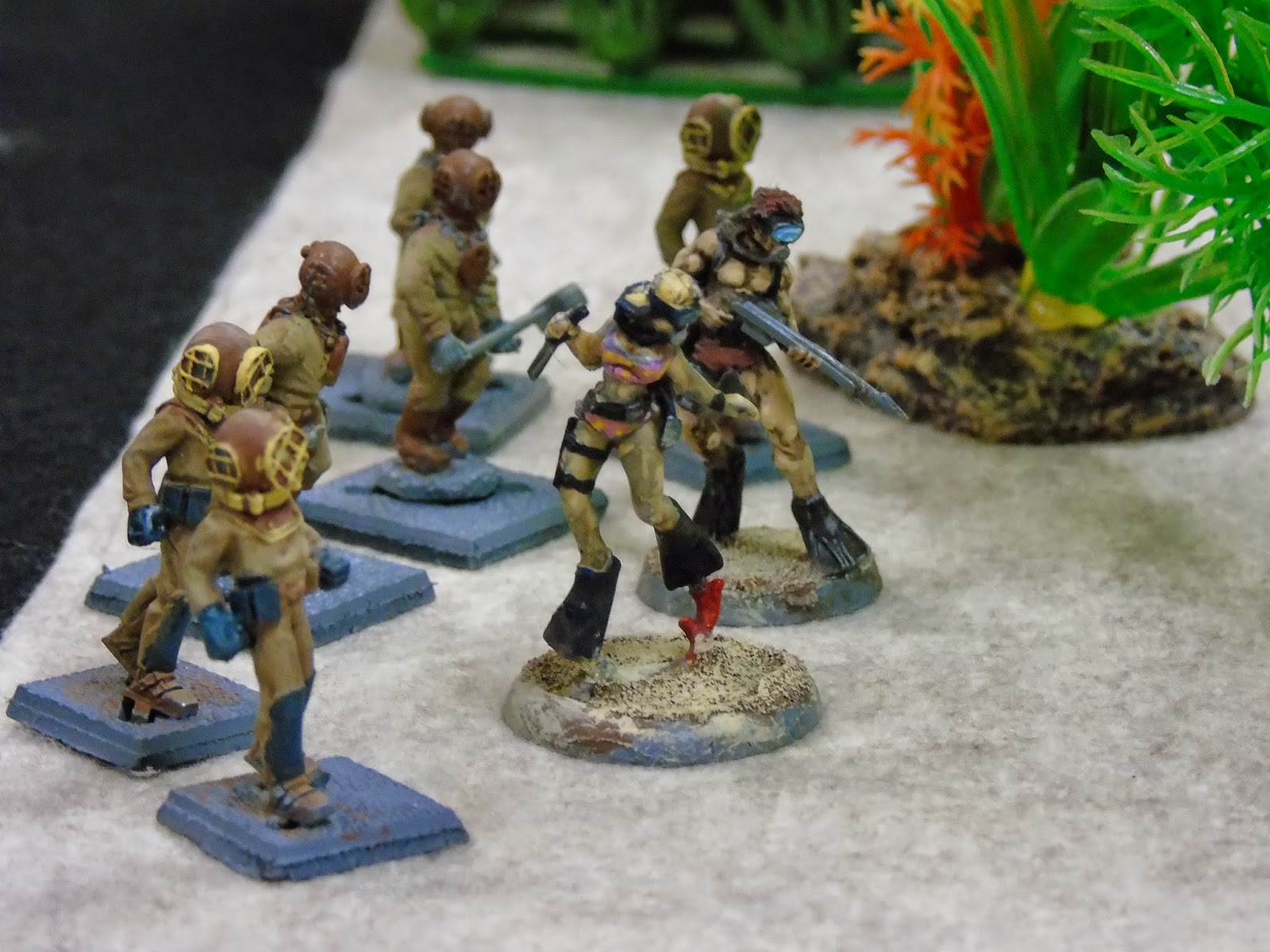 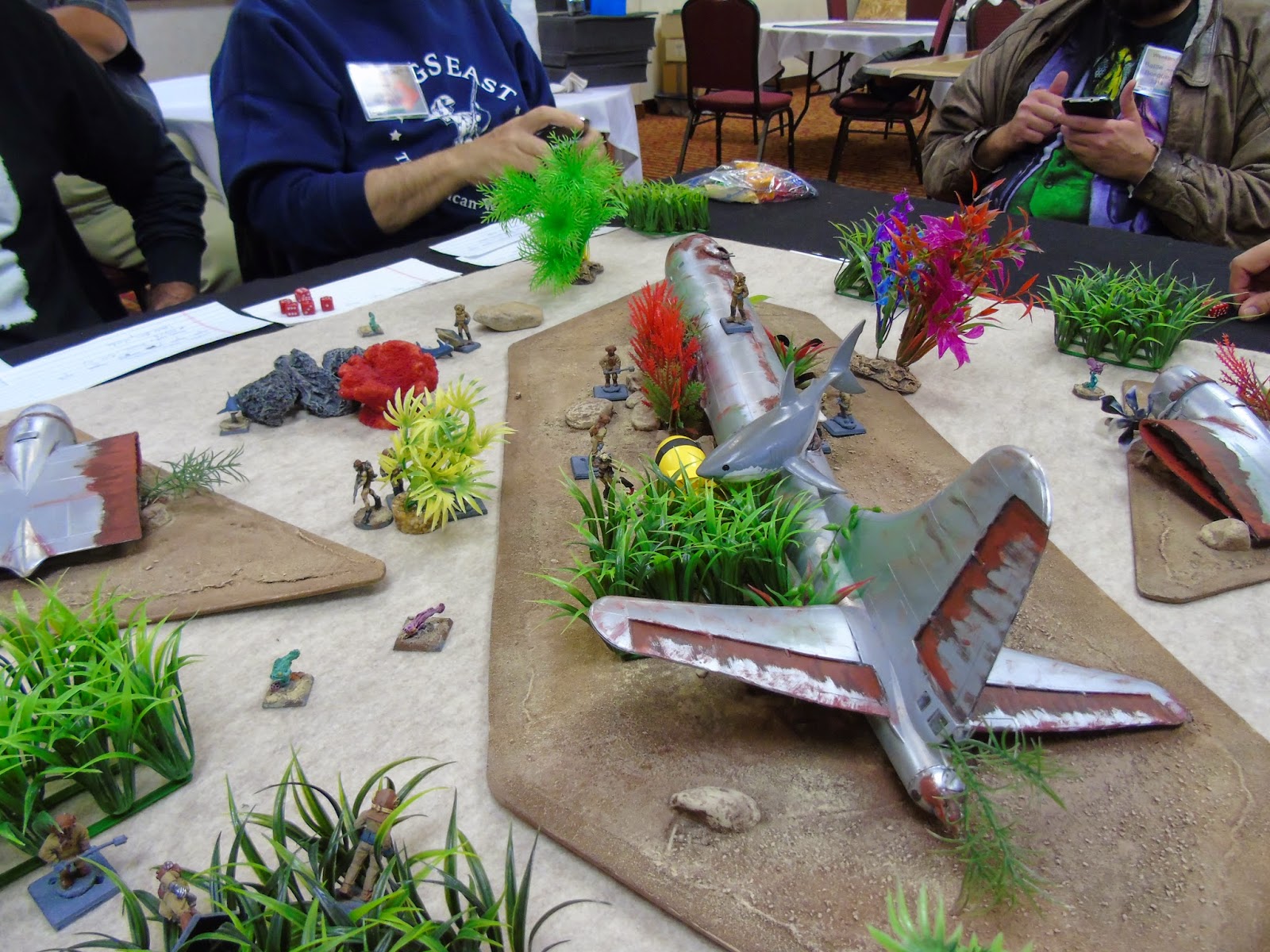 Almost everyone was eaten. 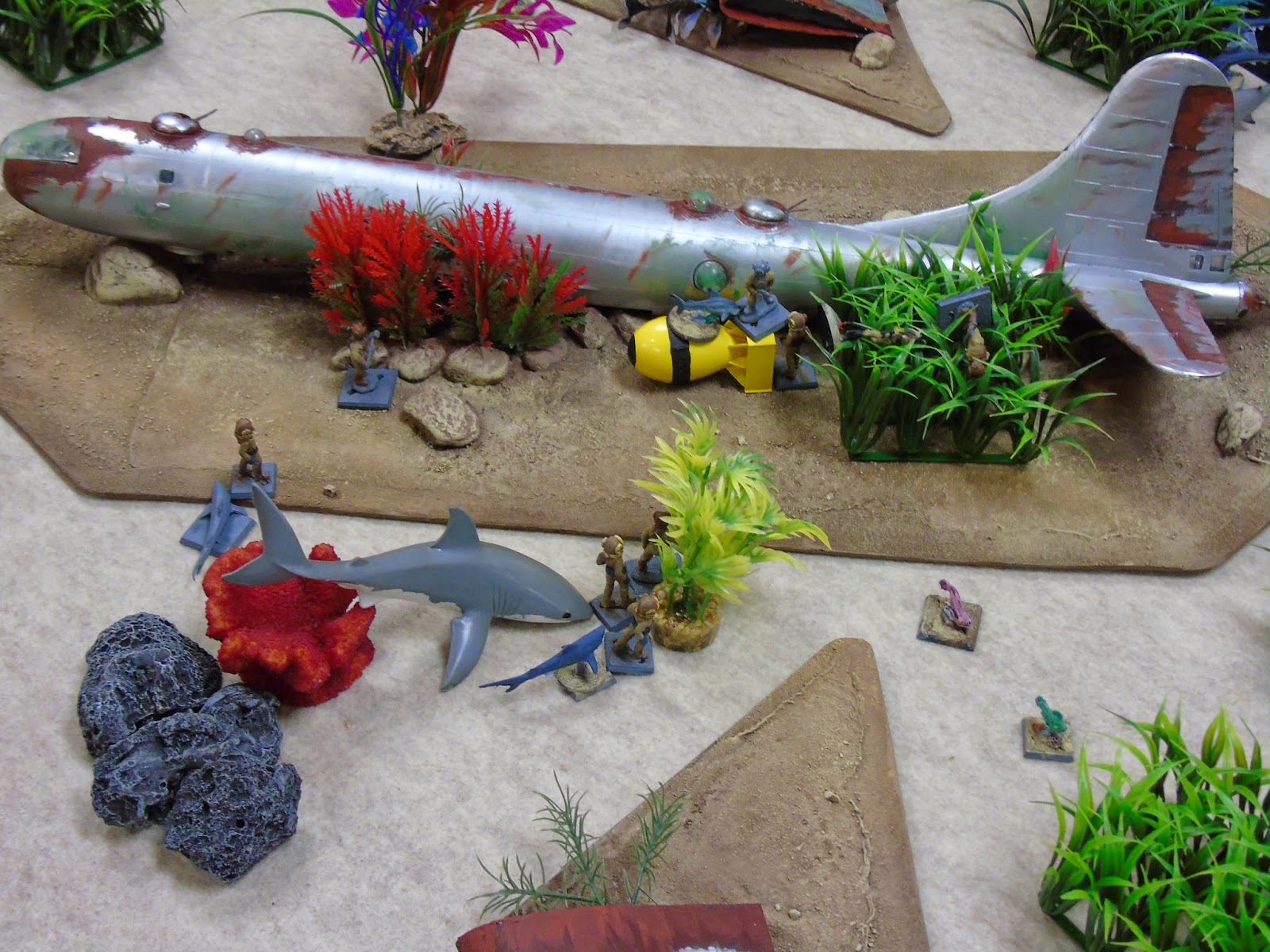 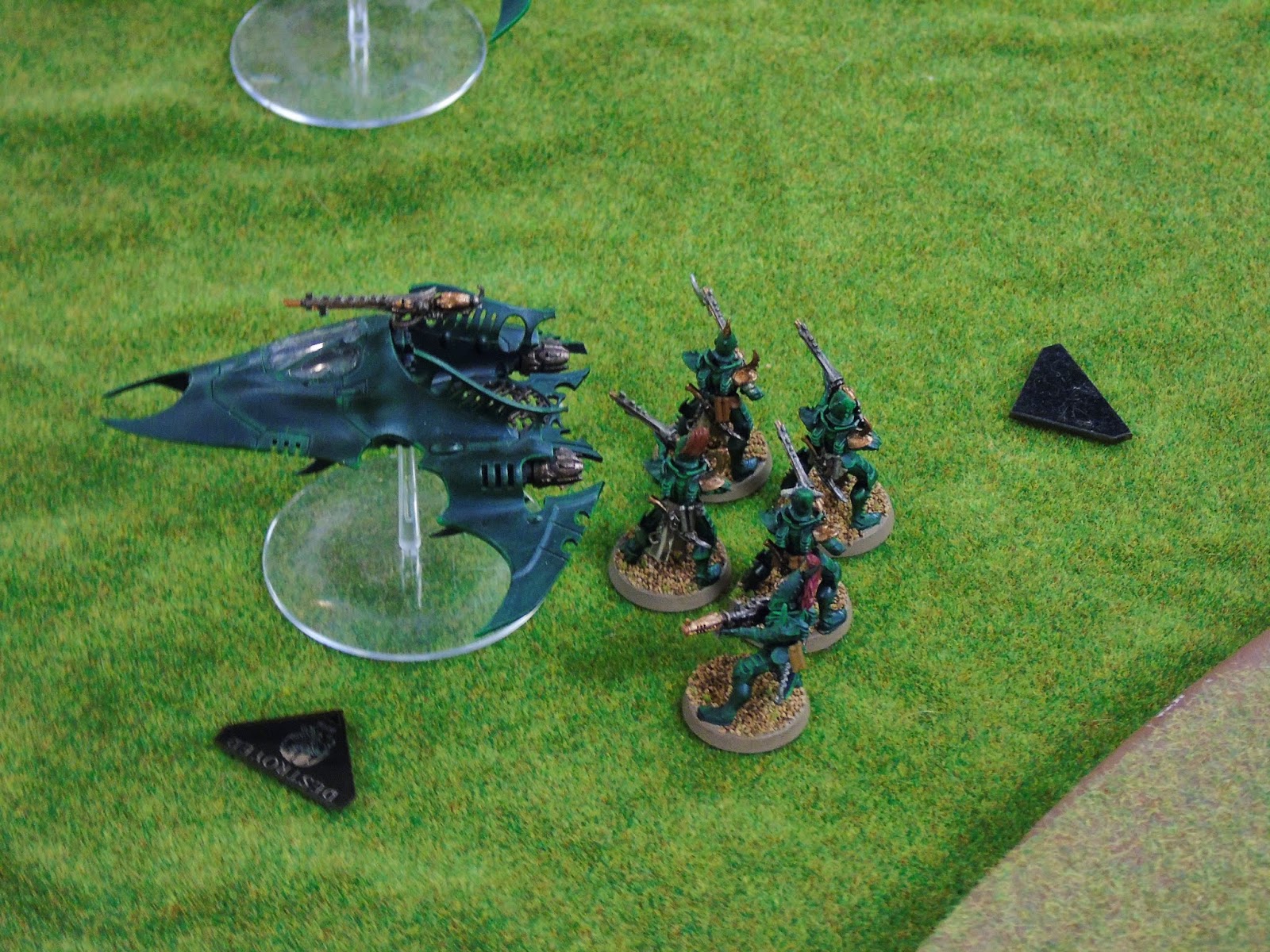 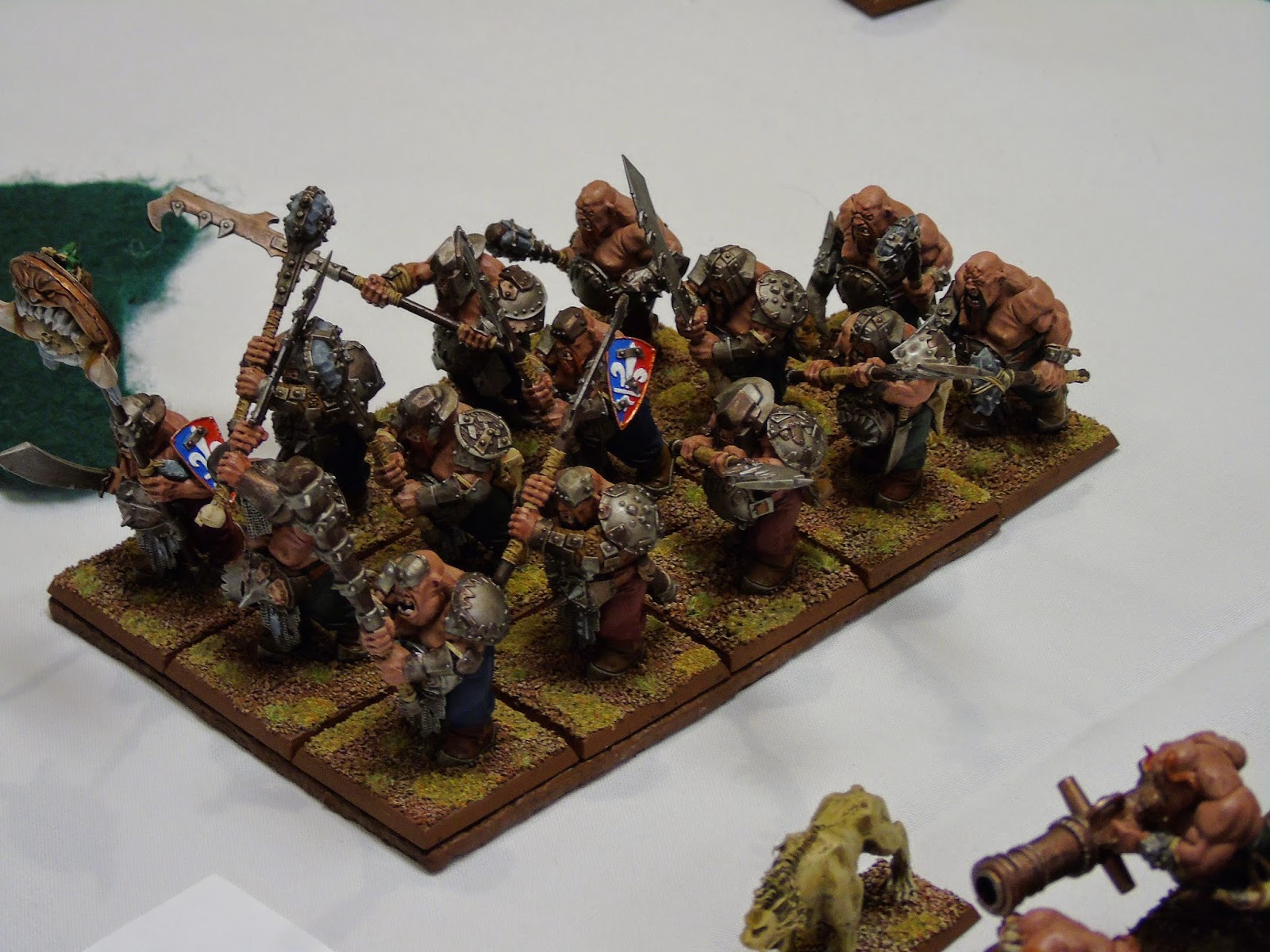 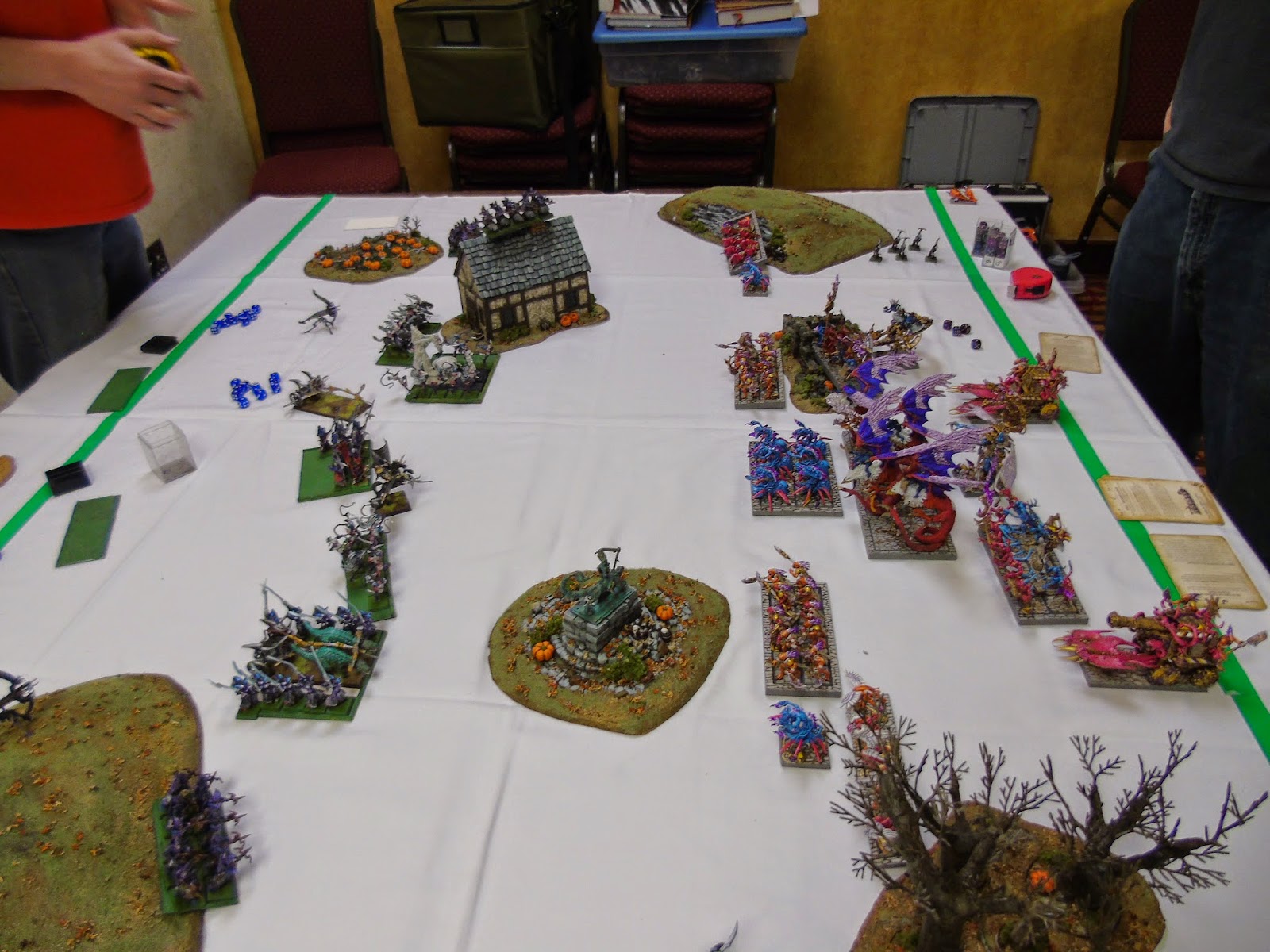 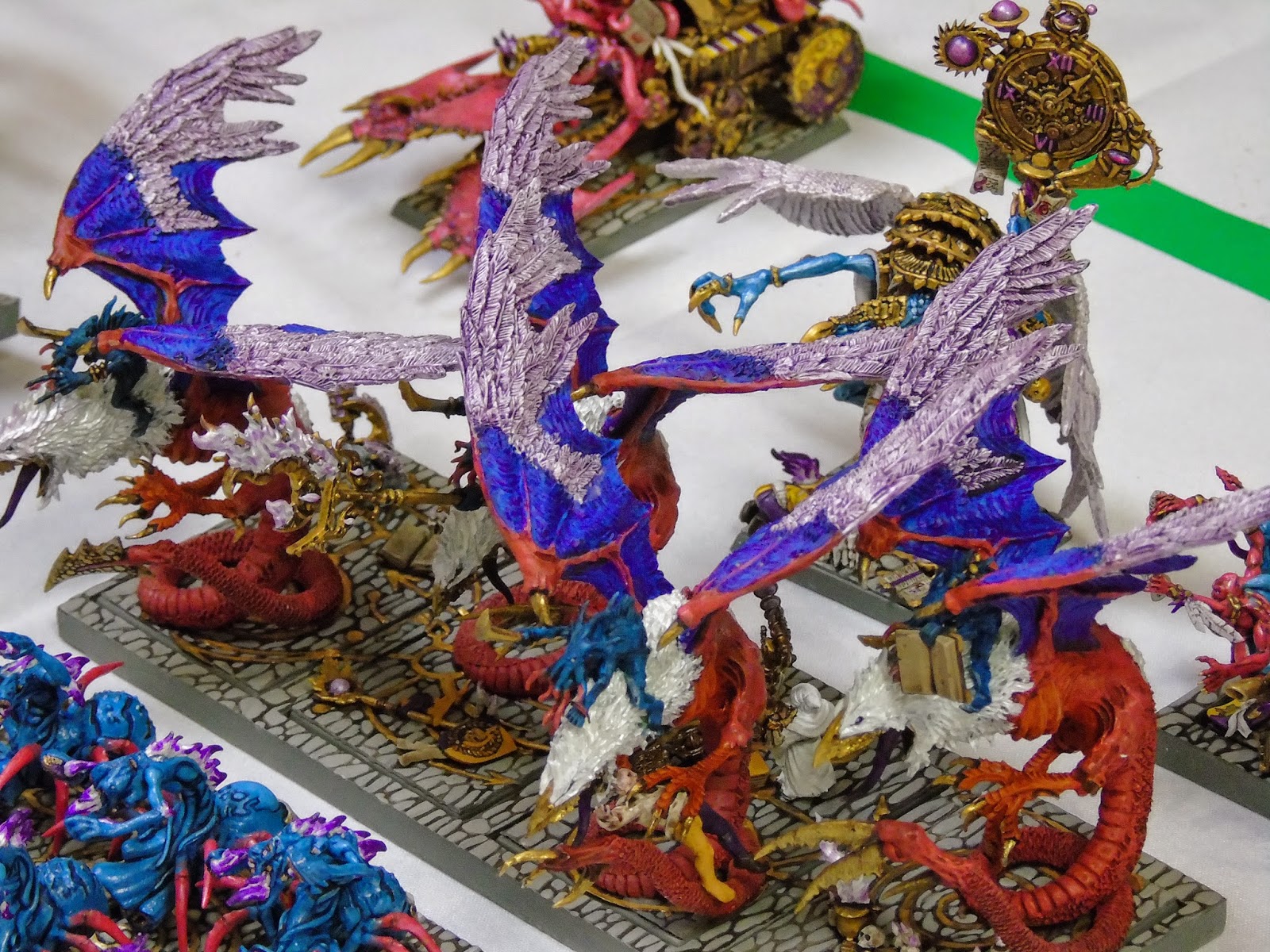 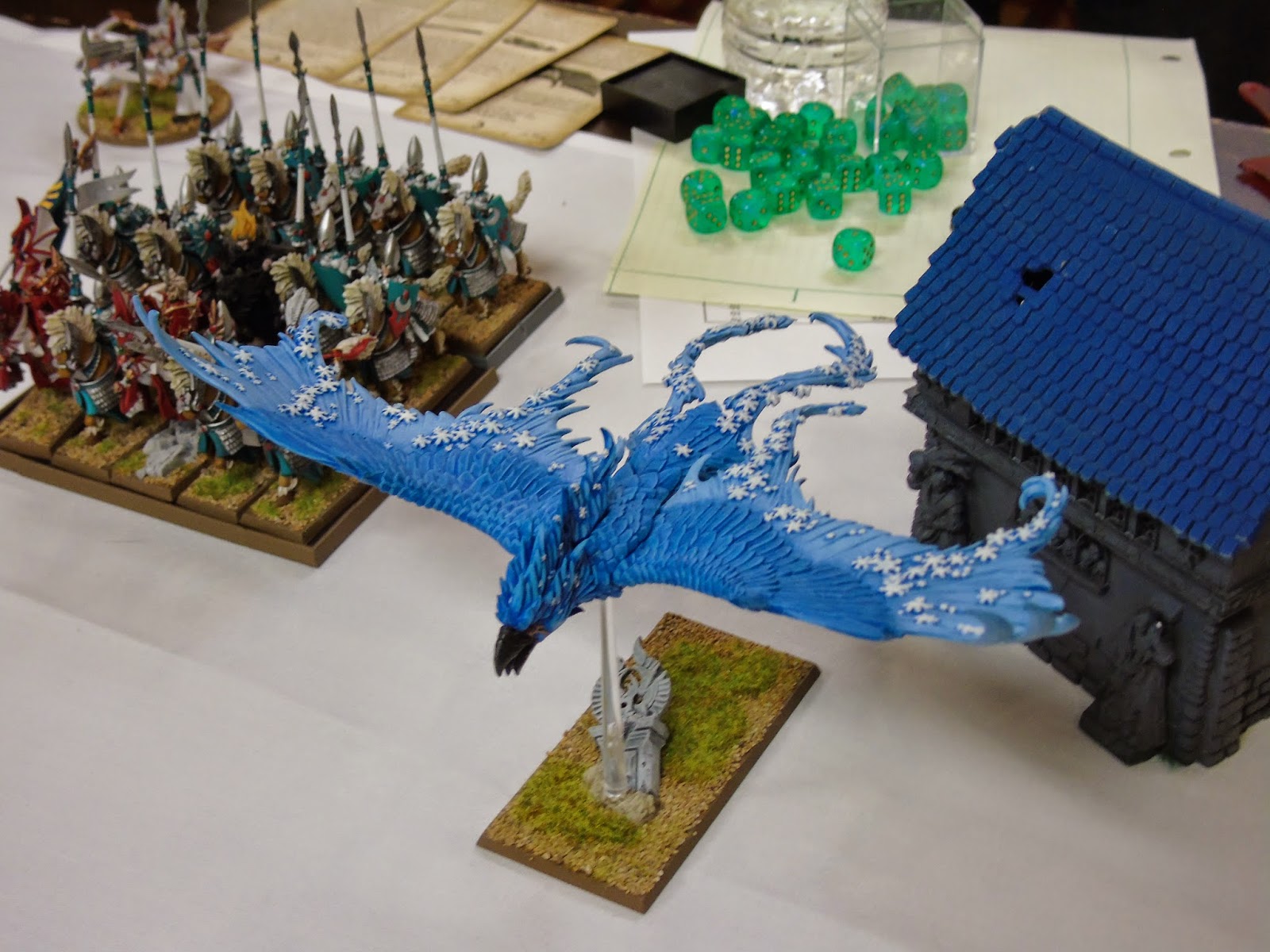 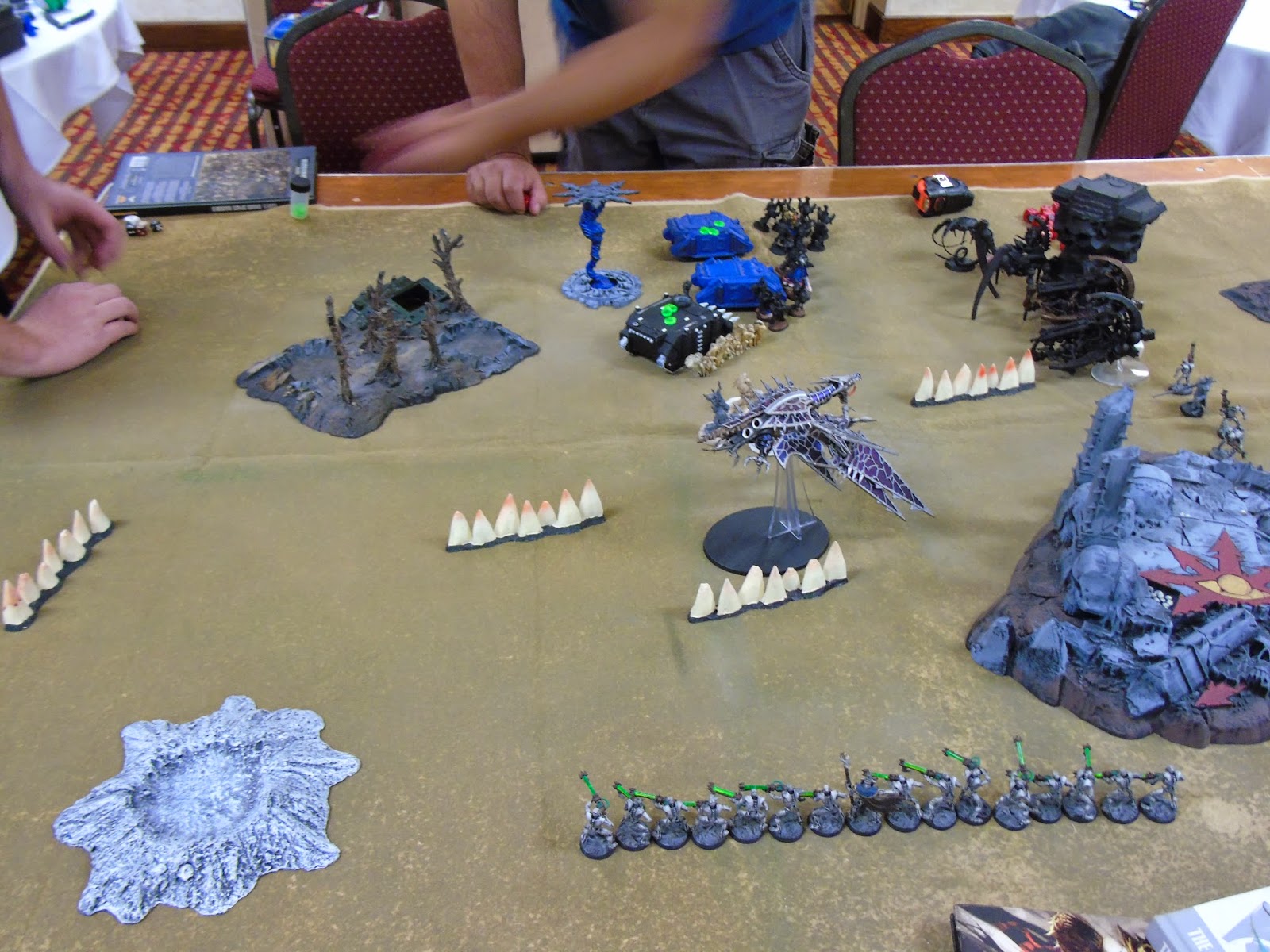 Here is an terrific ECW game, using the Regiment of Foote rules.  The organizers John and Steve were great and brought hundreds of beautiful toys for us to push around.  I like Steve better, because he buys me beer. 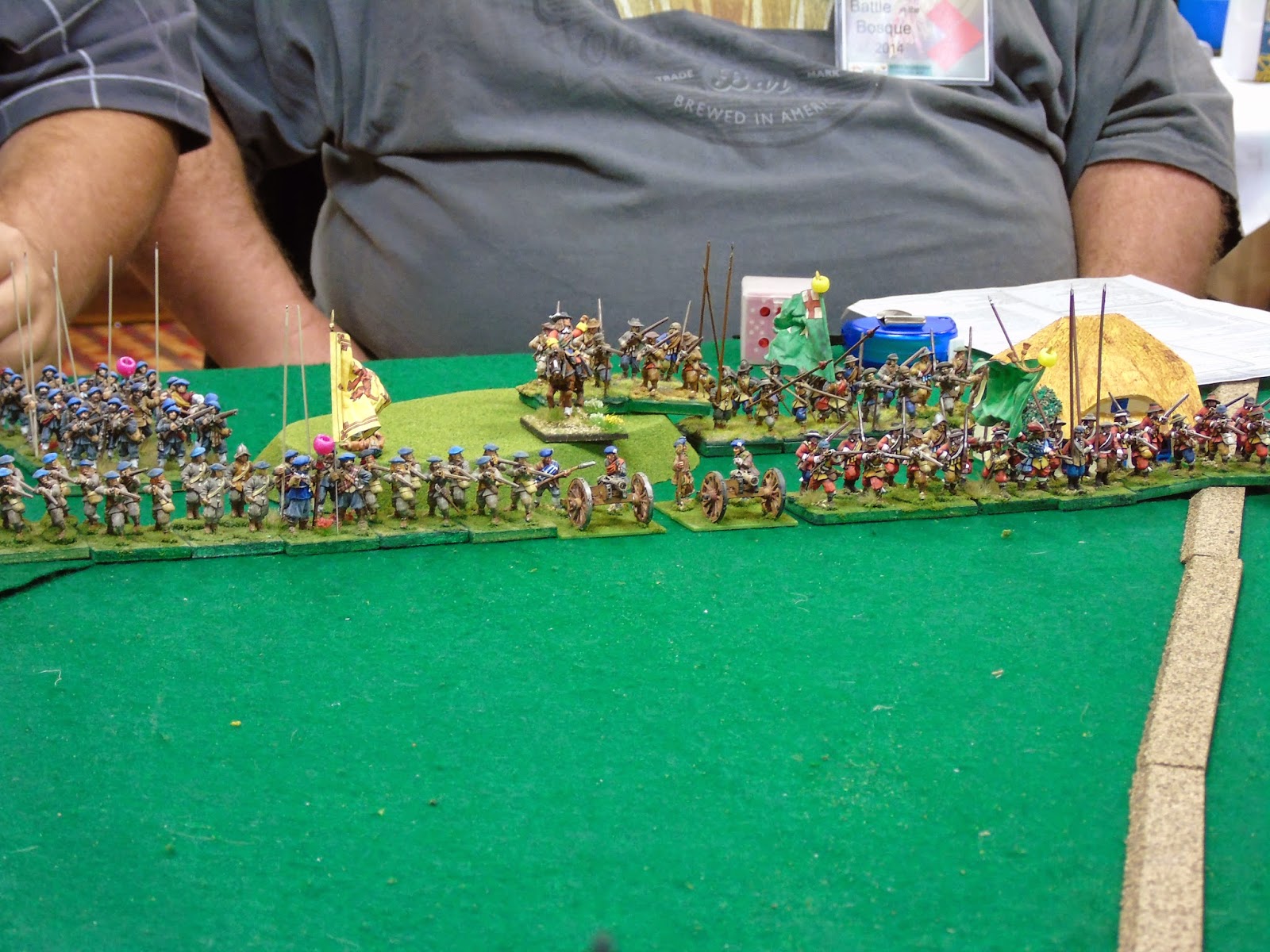 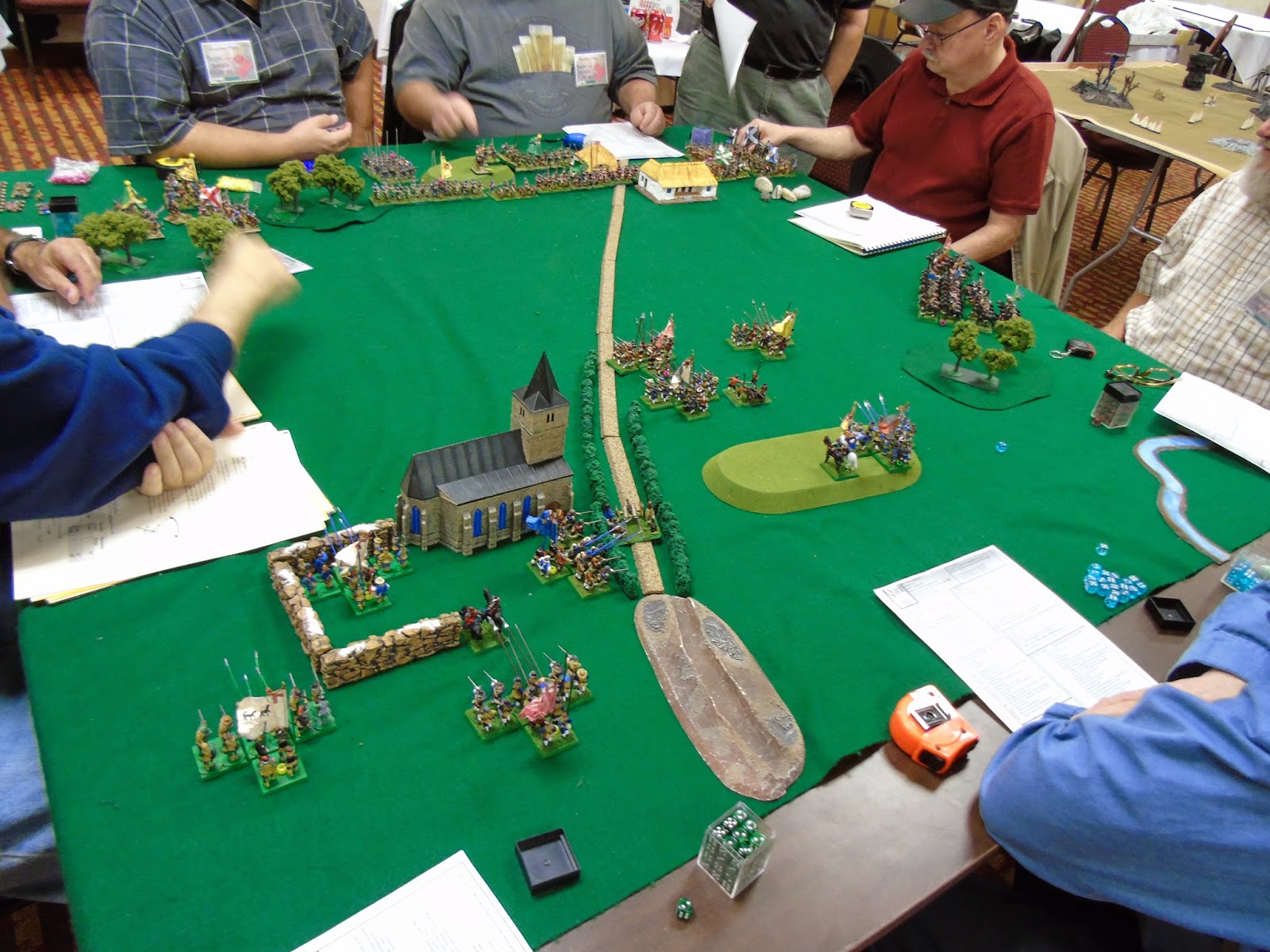 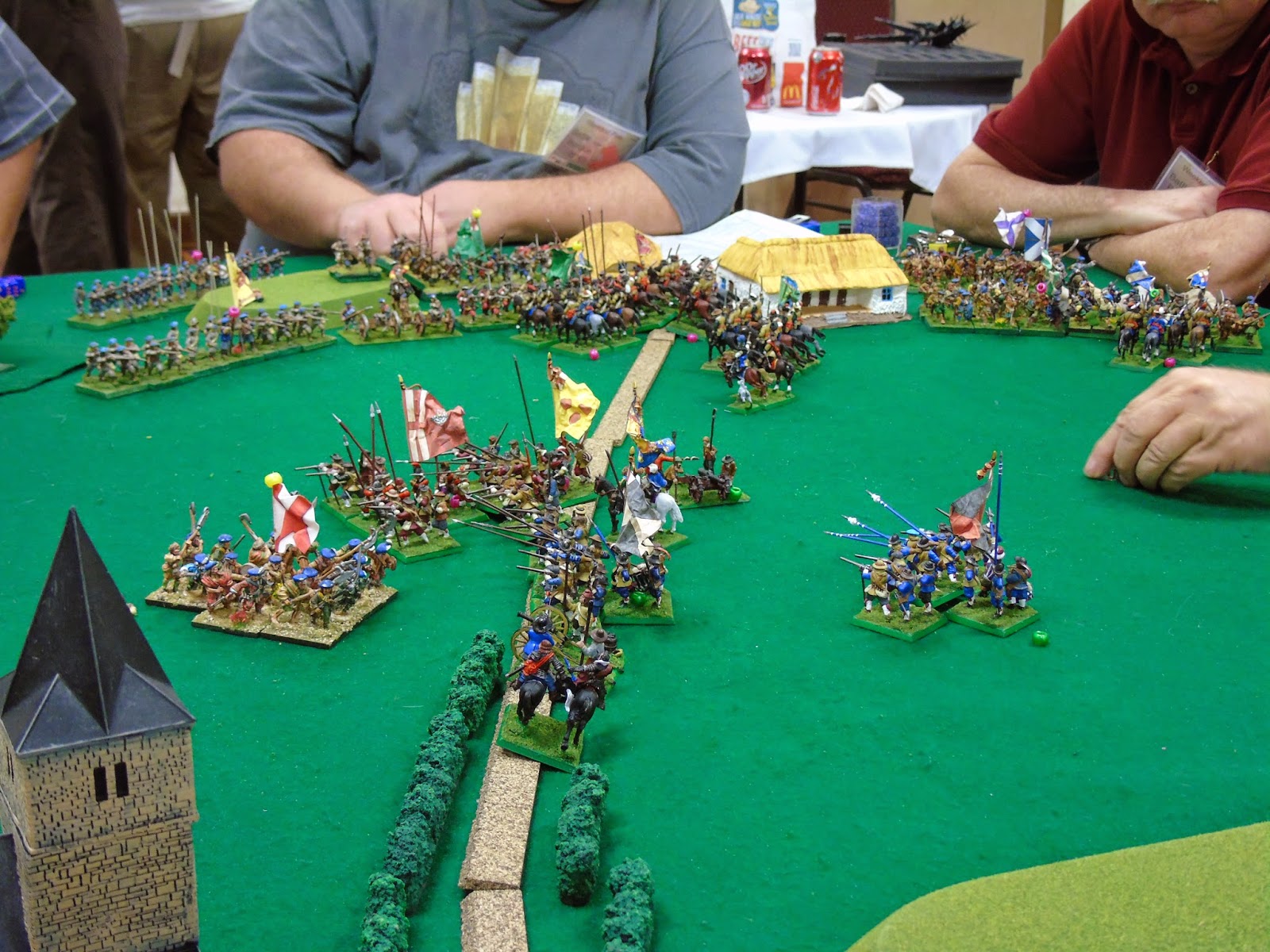 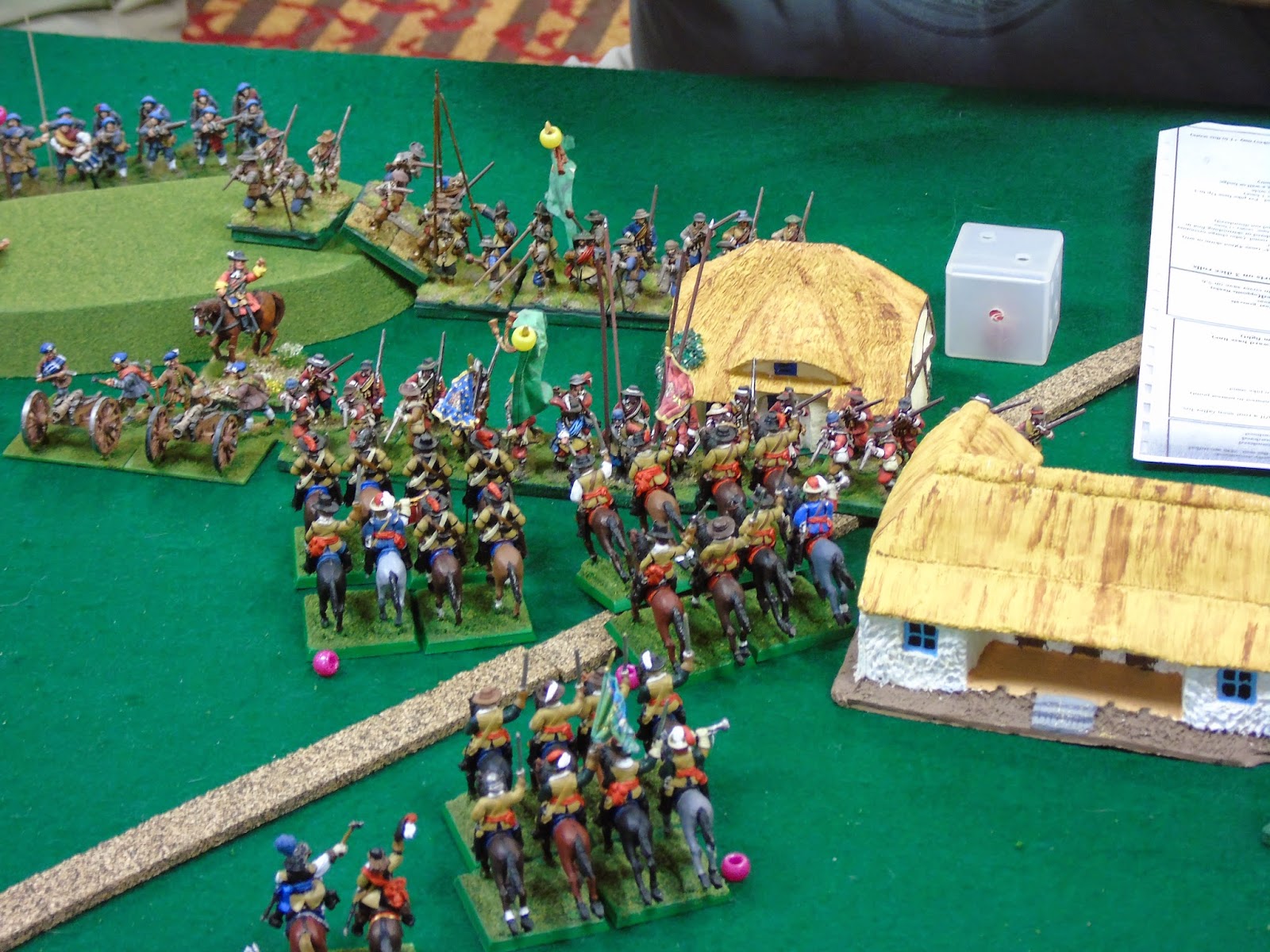 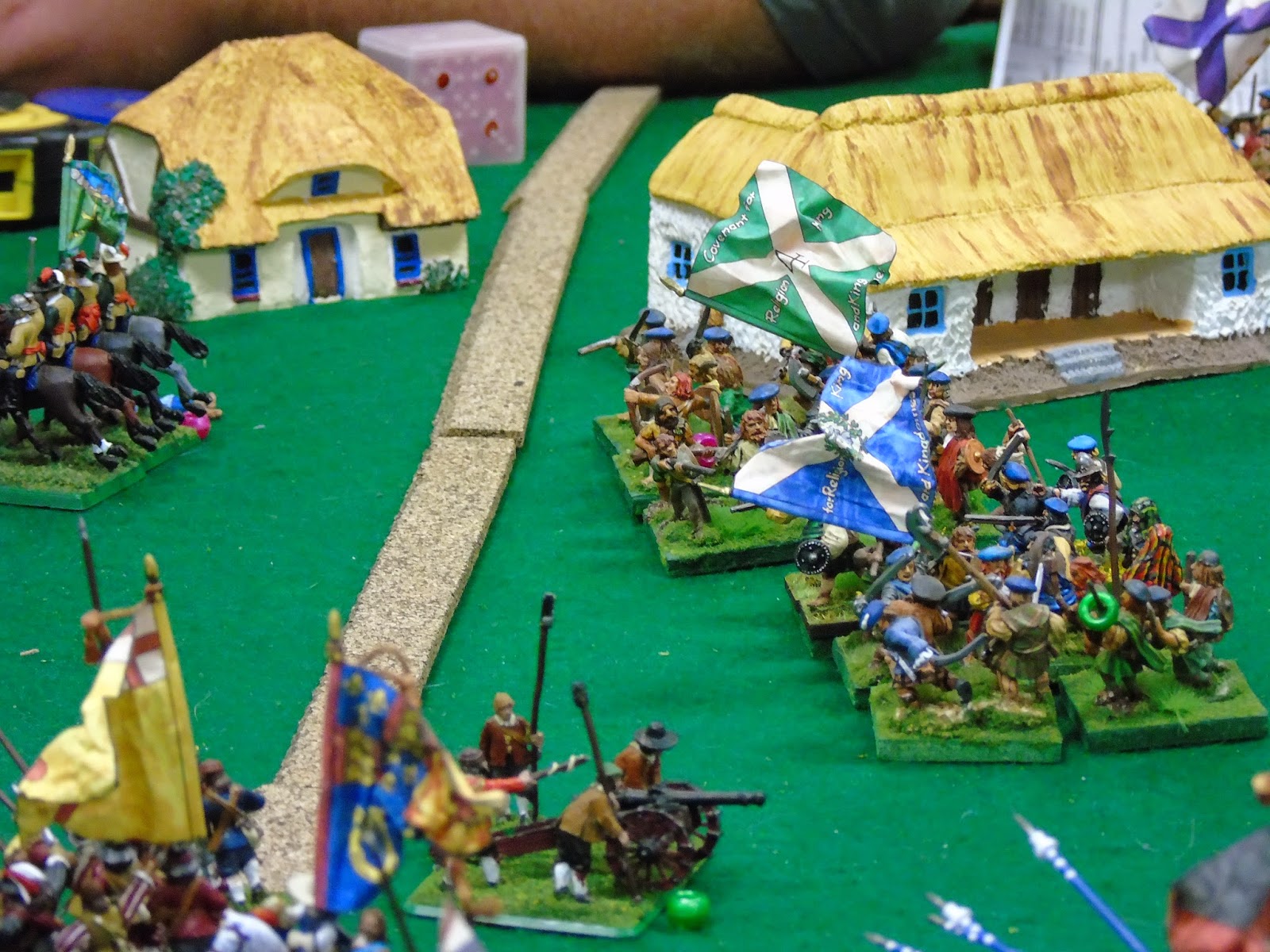 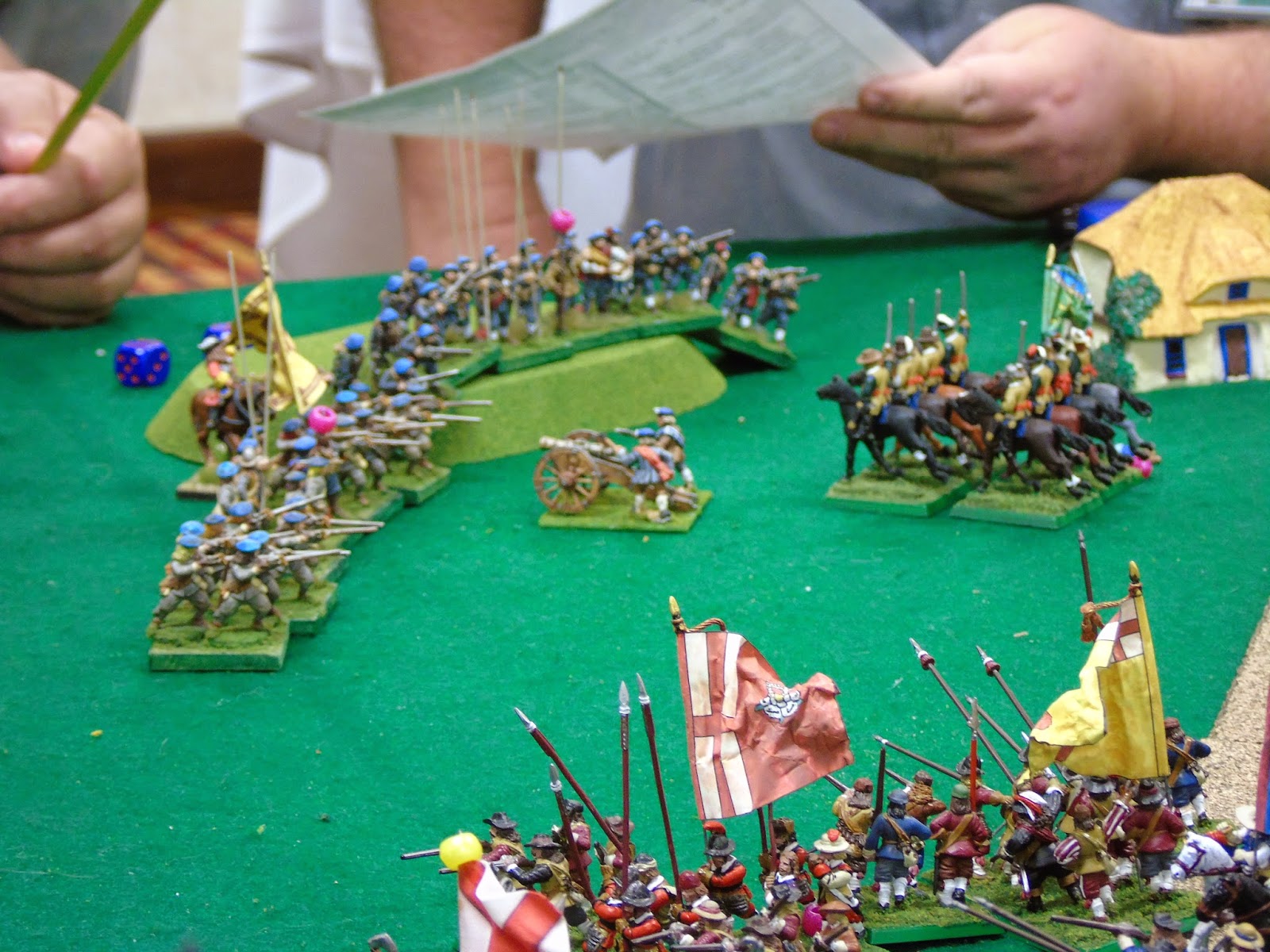 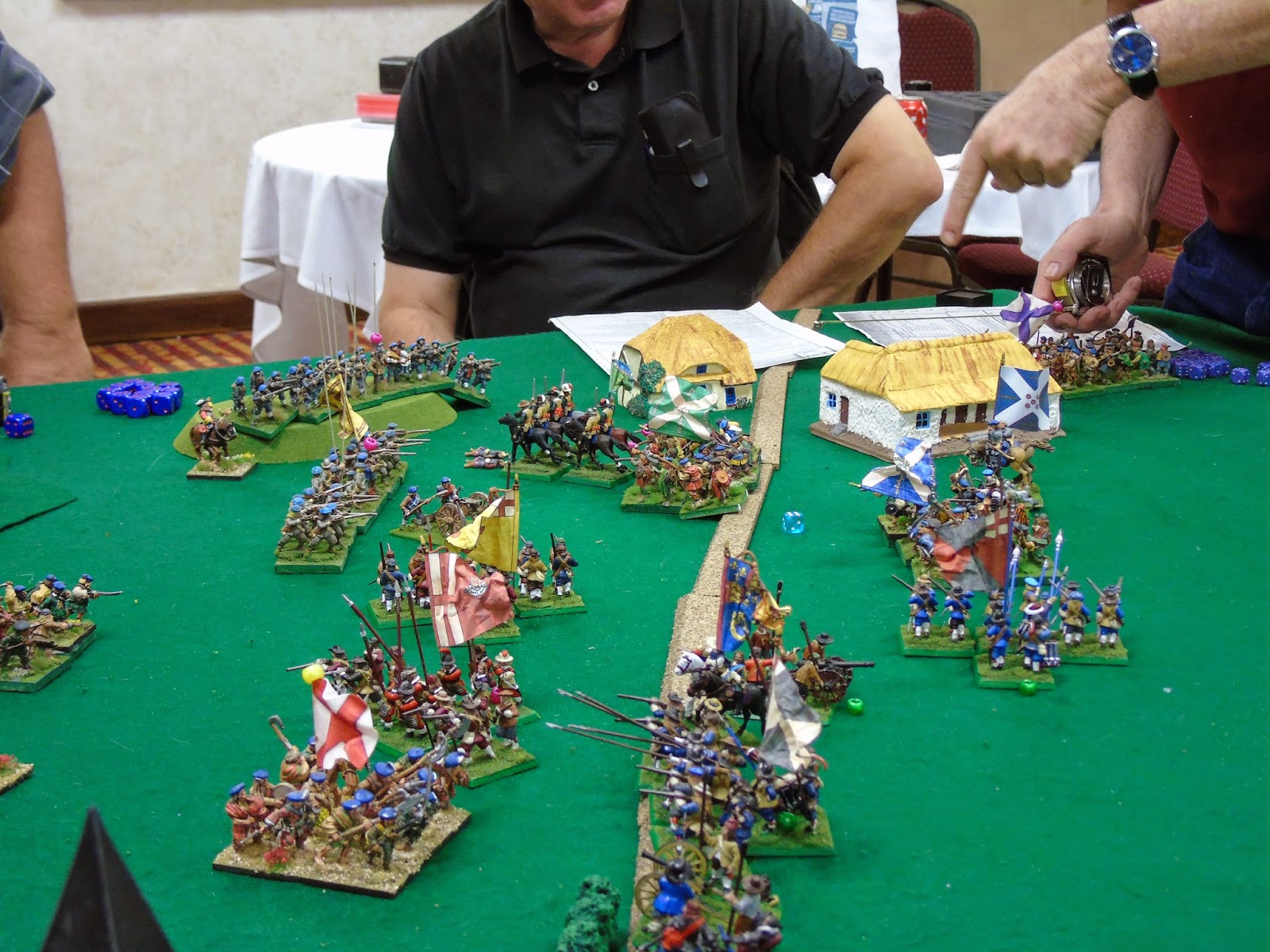 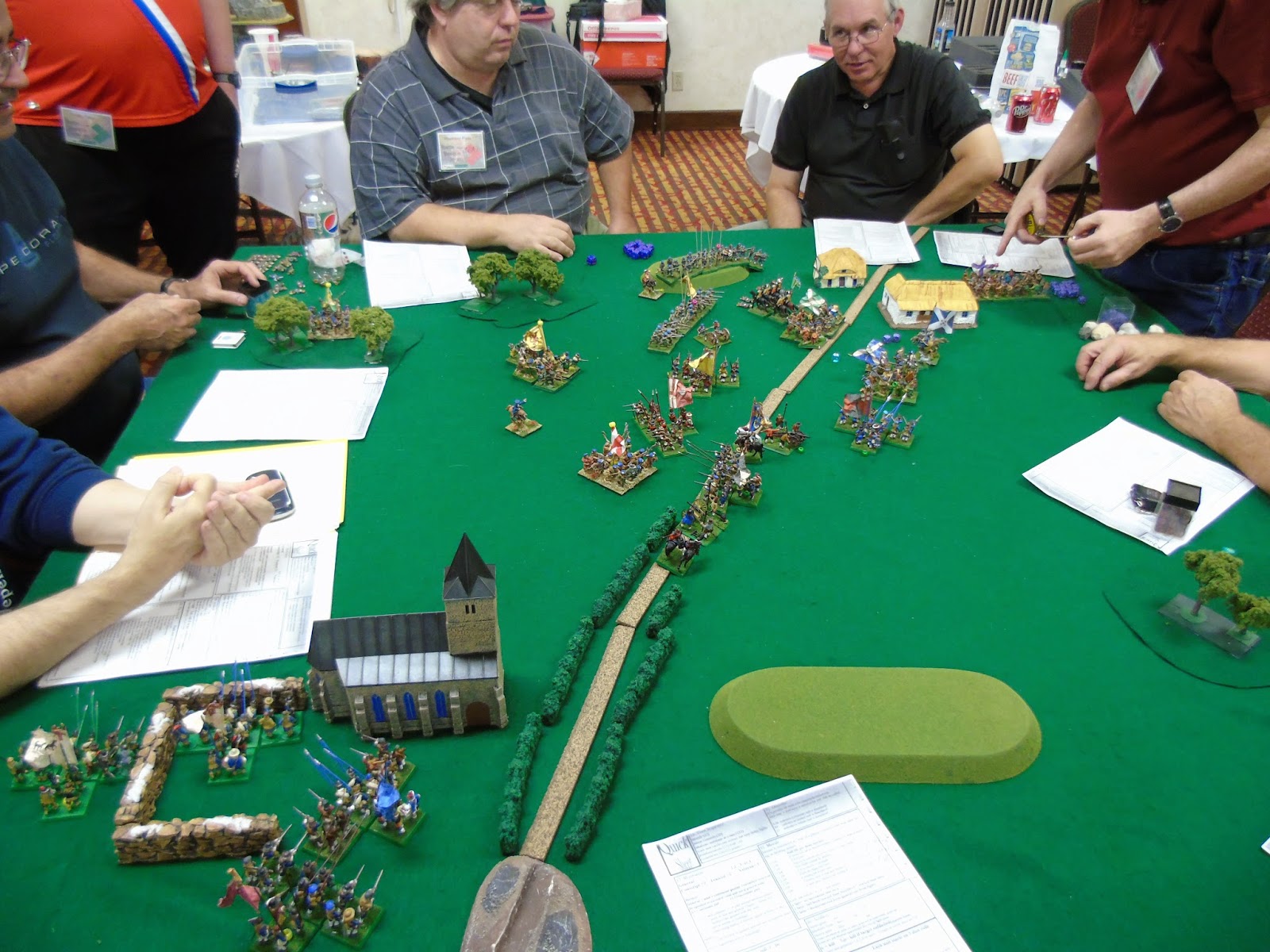 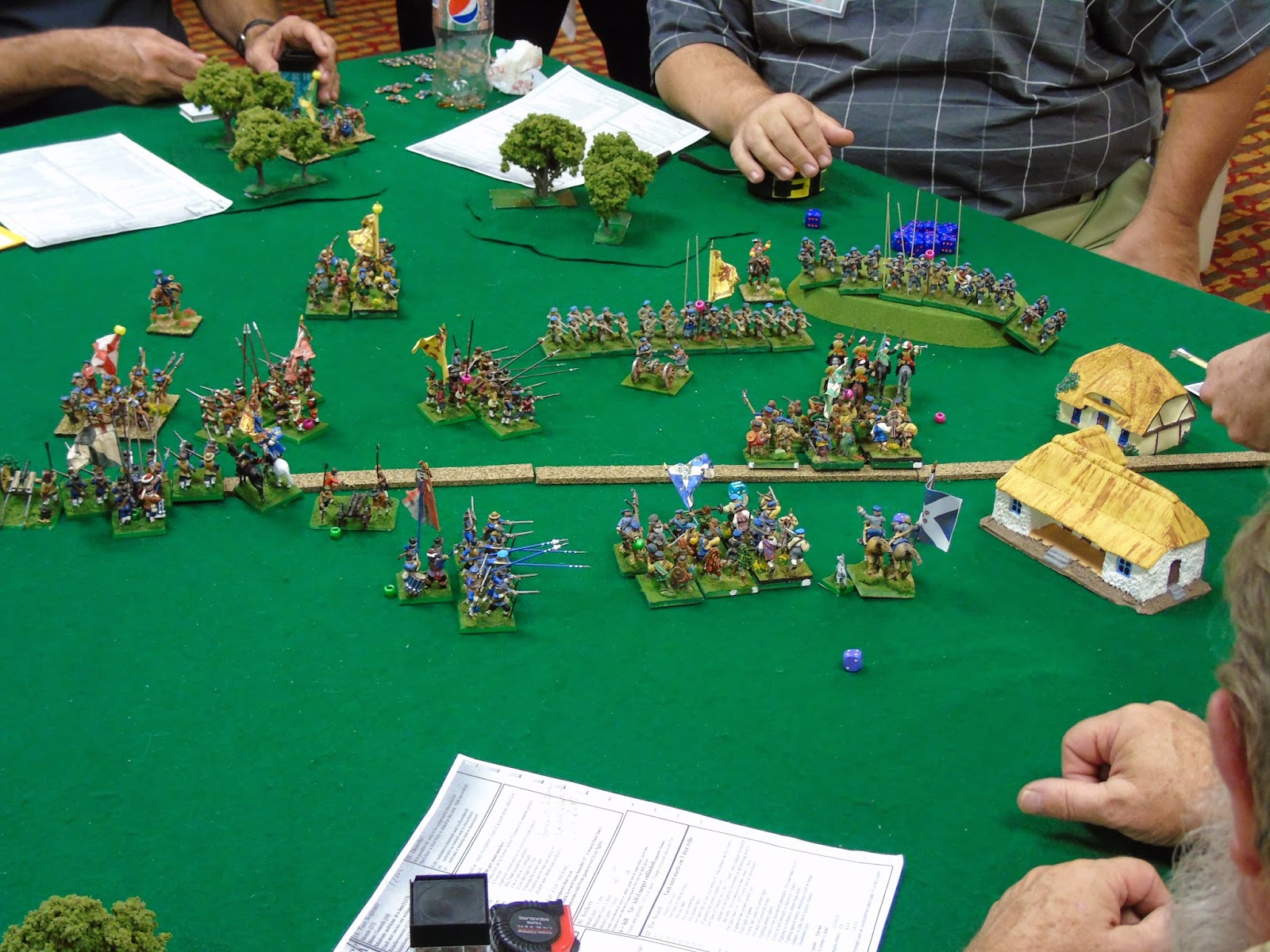 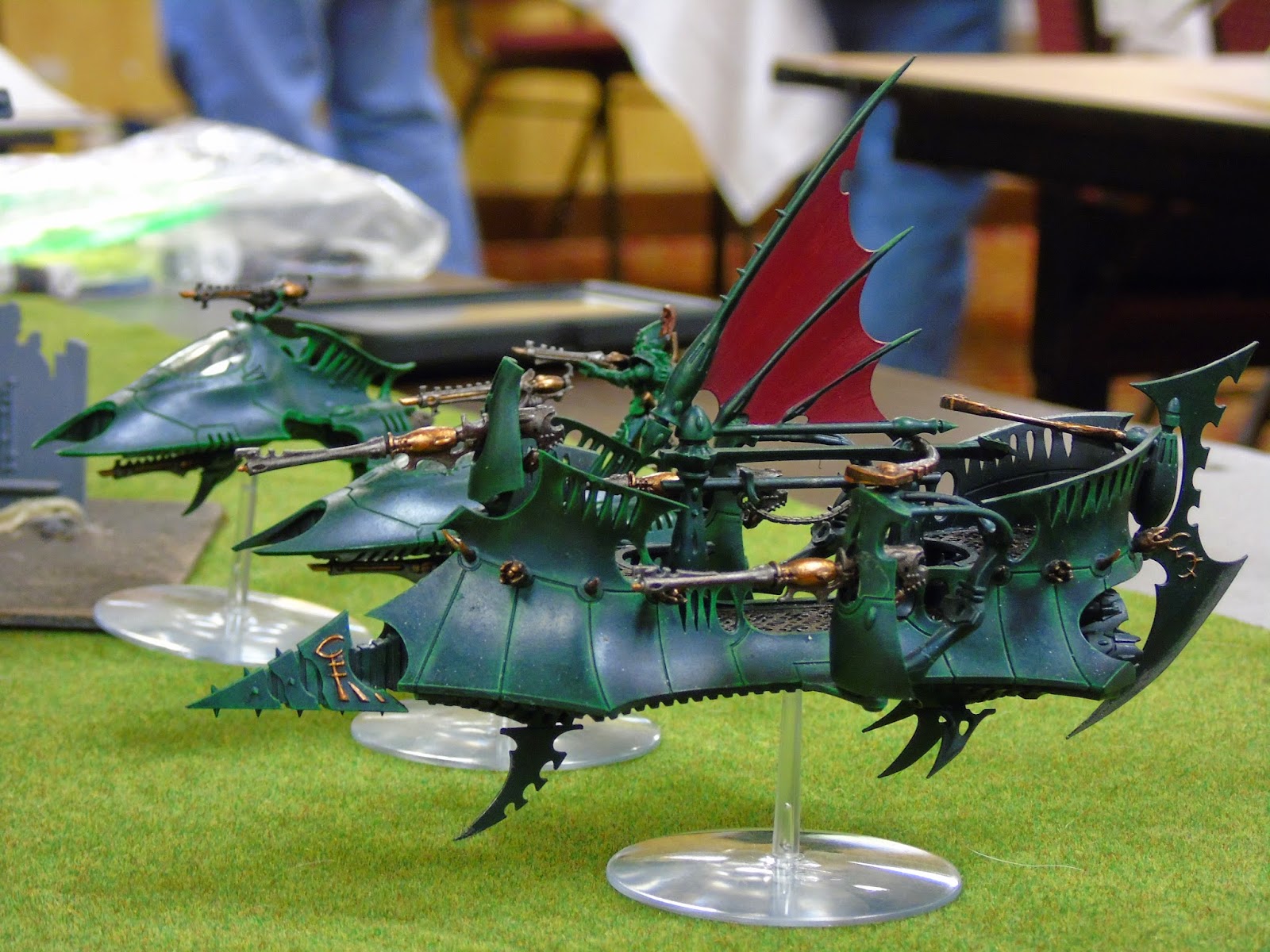 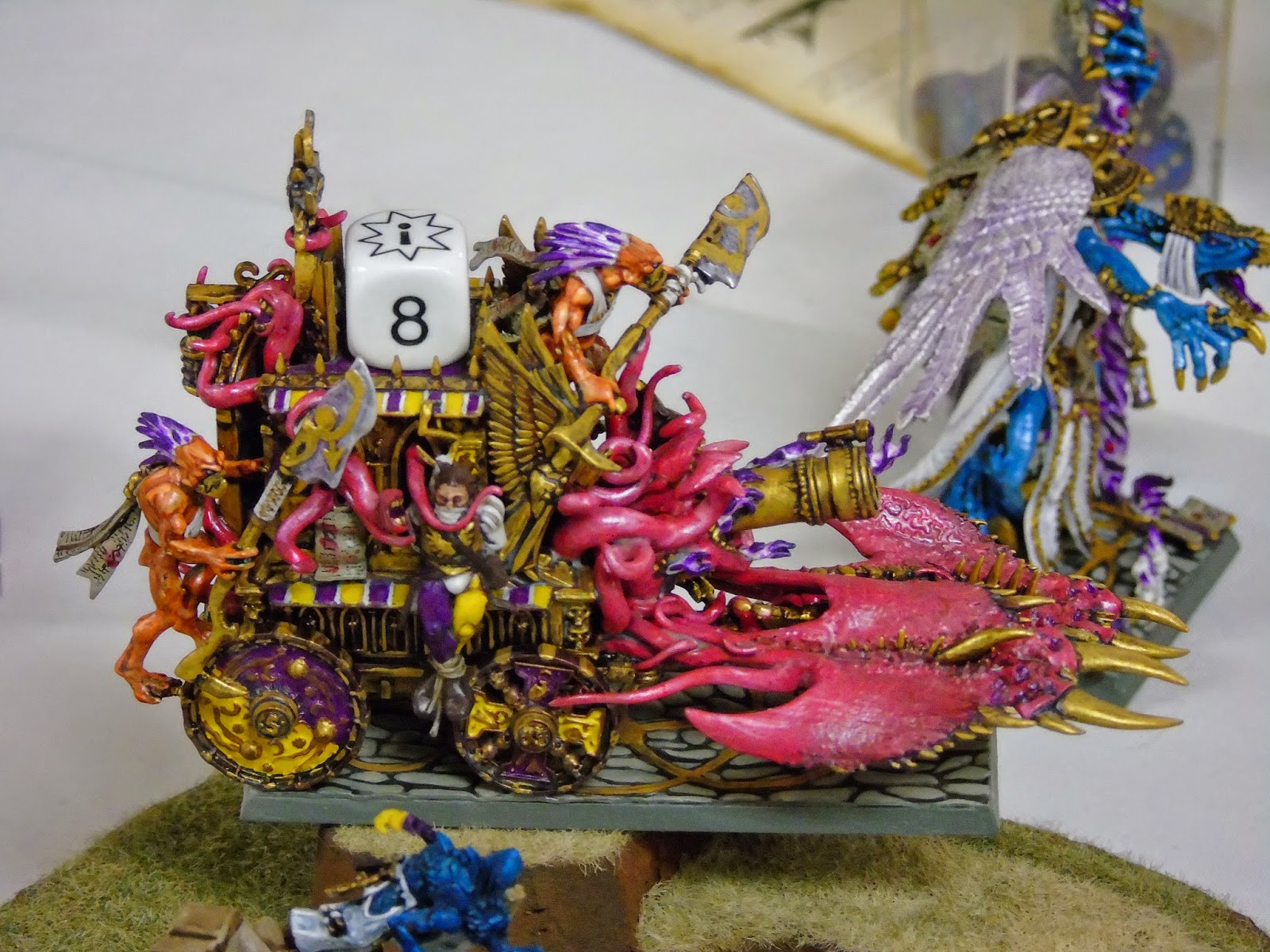