Lost and Found Rohan Rider, a Couple Nappies, and Some Space Marines

A fairly mundane post without many minis, but I've been prepping models for the 5th Analogue Hobbies Painting Challenge.   http://thepaintingchallenge.blogspot.ca/

Last time I posted Rohan minis, one was mysteriously missing.  I found the missing warrior stolen by my cat Cthulhu.  It was not an easy find.  First I had to team up with a ghoul, go on a confusing boat ride through Kaddath, and eventually I found my mini in the paws of said cat.  I was going to kill the feline using the Viking eagle wings torture technique, but I was in Ulthar, where no man may kill a cat.  Instead I fed him tuna. 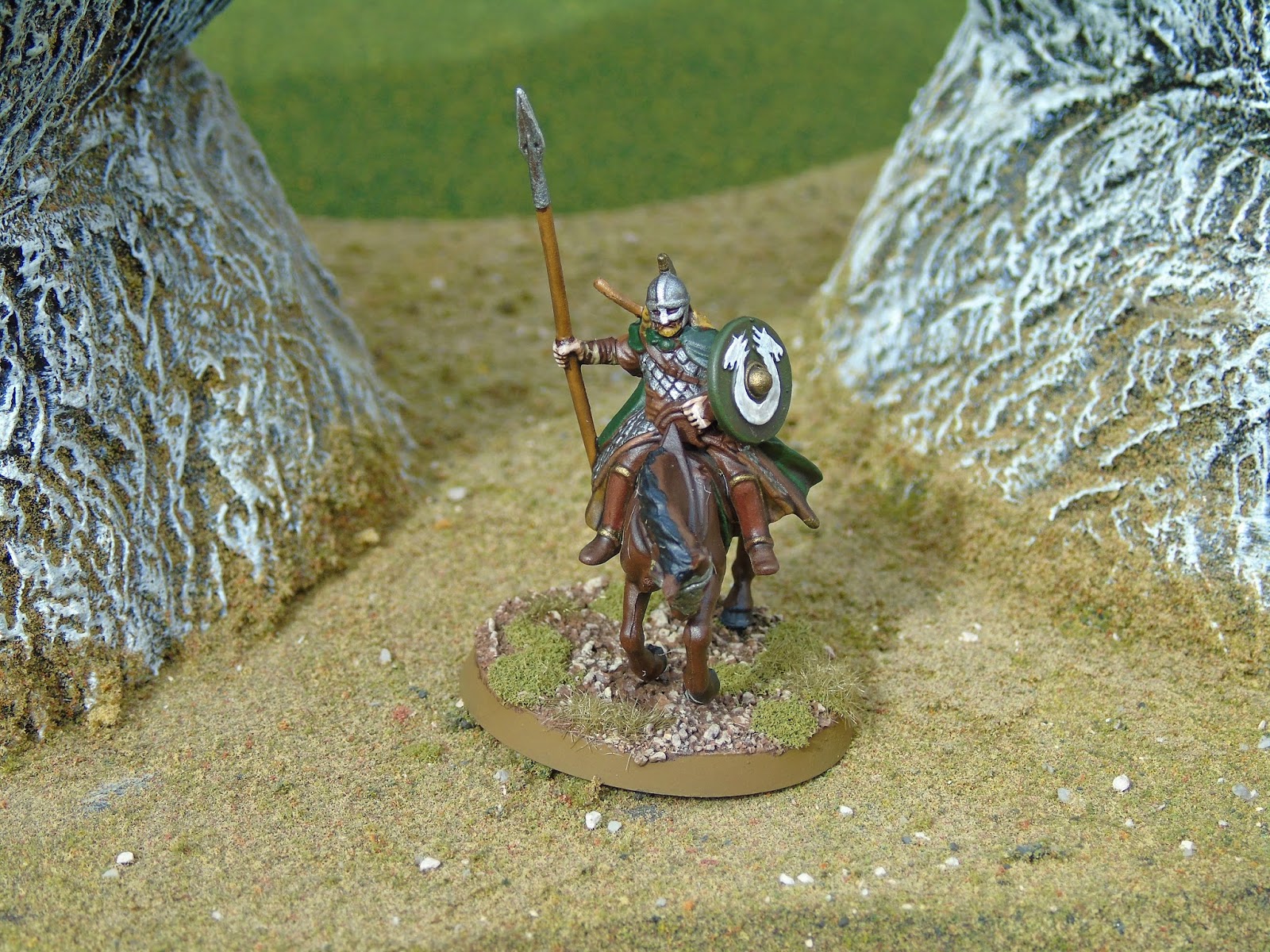 Here's a couple Frenchmen, I repainted over.  I don't mind repainting damaged used minis, as it's brain free coloring. 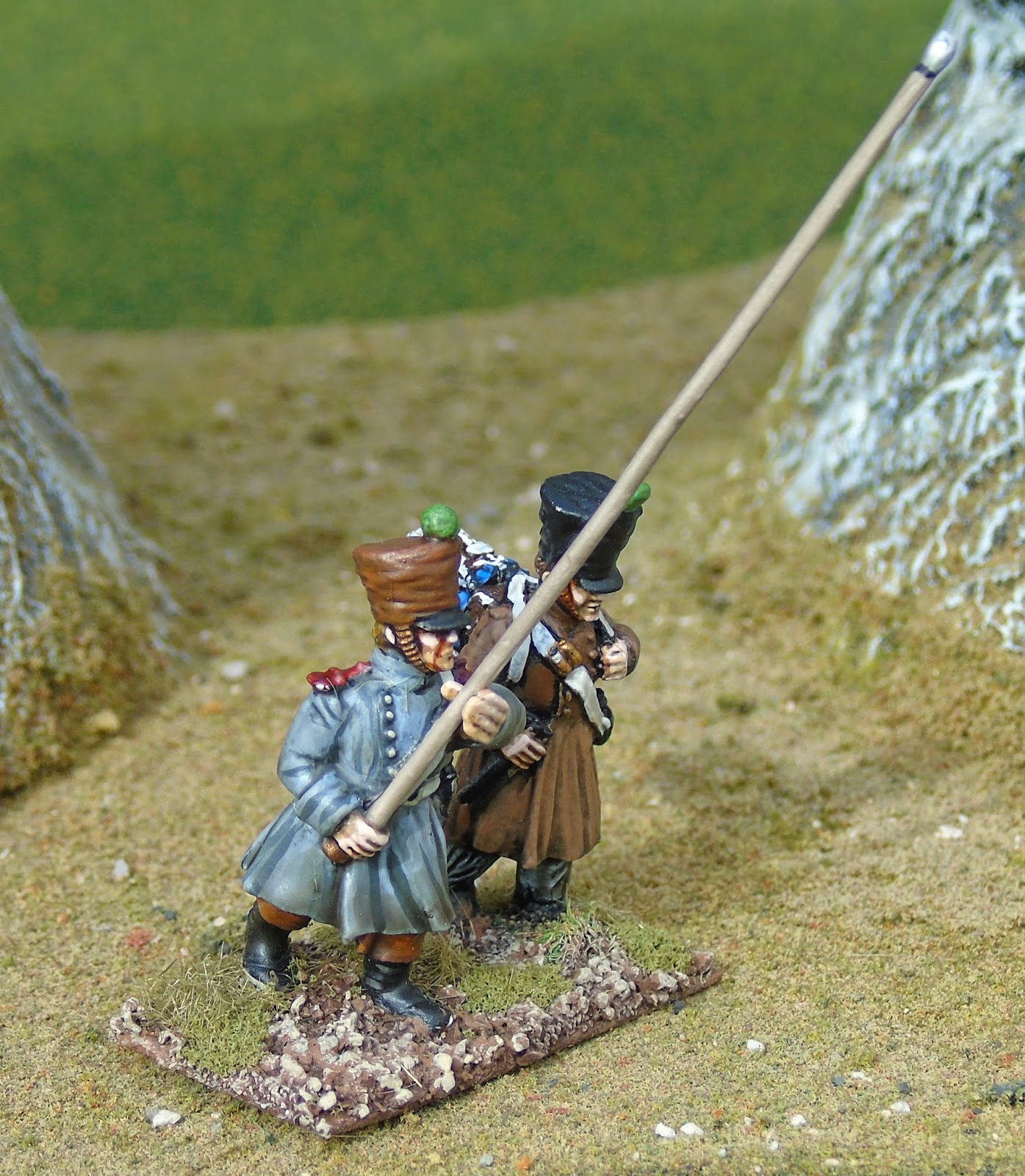 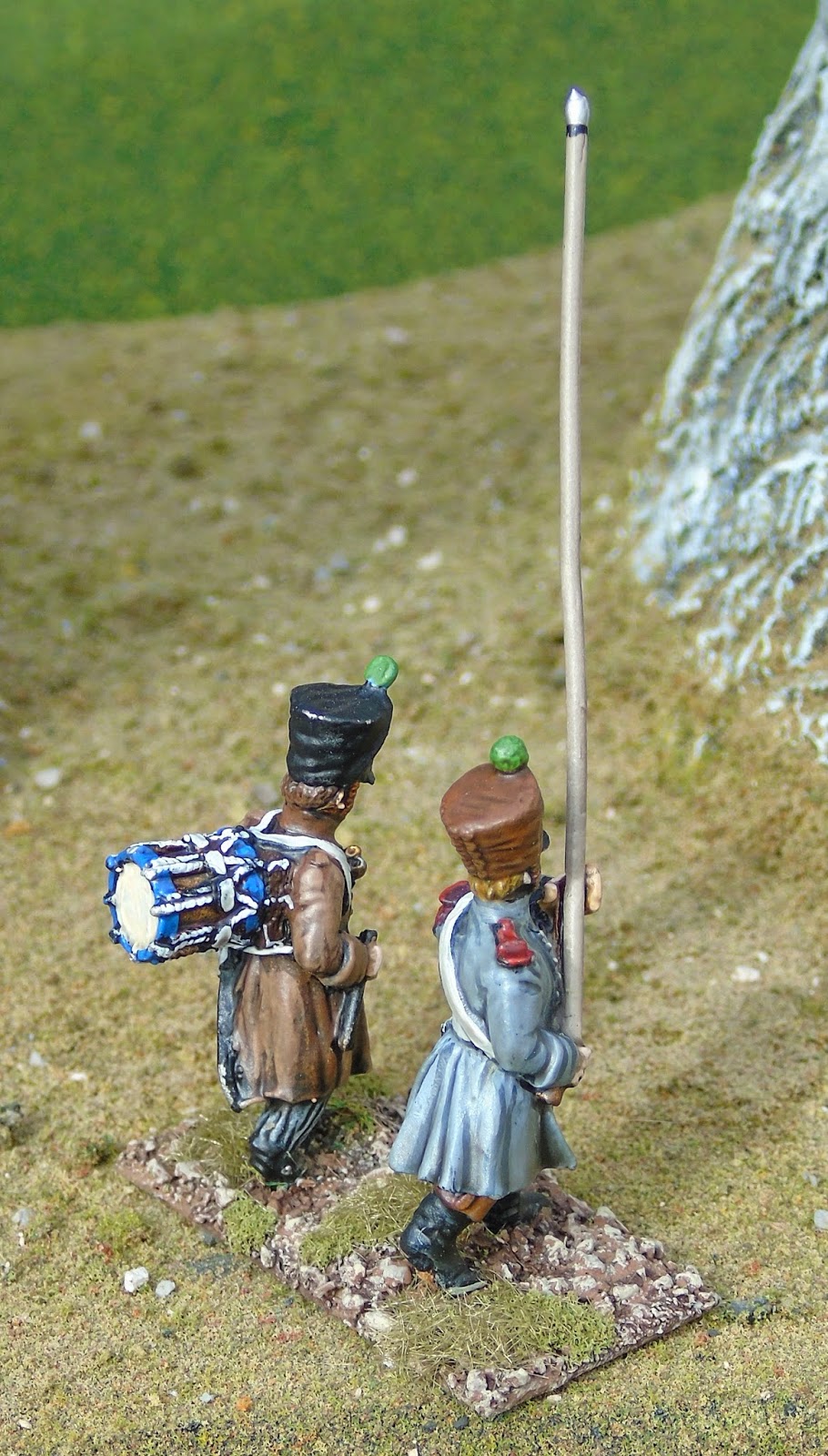 I painted a Space Shark terminator.  He's standing in front a tiny homemade mini-mine field.  The engineer must have been an idiot.  No one is going to miss those obvious tilt rods and if they're anti-vehicle, why aren't they surrounded by anti-personnel mine?  They're made of sprue pieces and bits of wire. 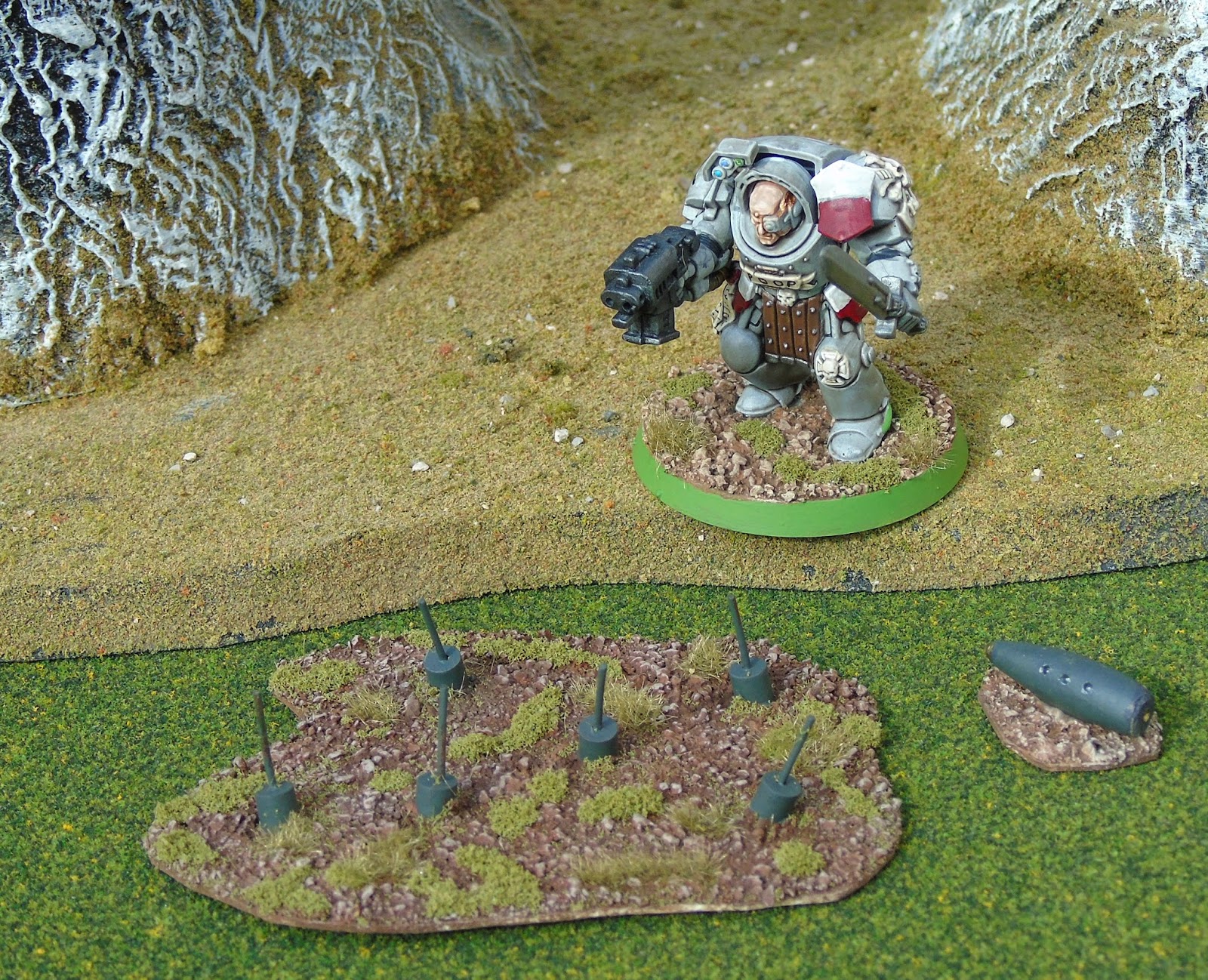 The dud dumb bomb is fairly small, maybe a 250 pounder.  I forgot to add lugs. 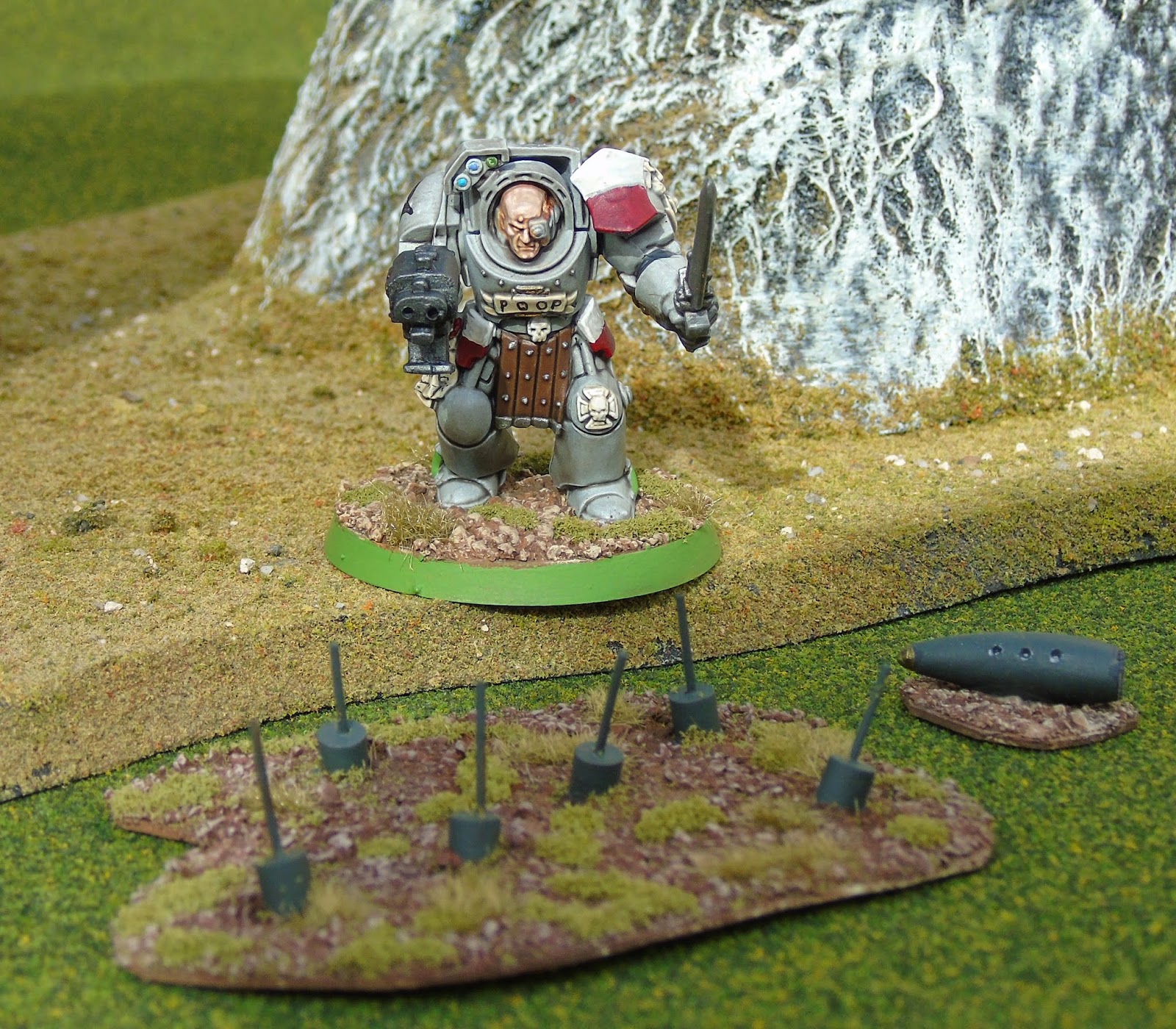 Now we have five red Space Marines, done in my quest to have one model from all 1,000 chapters. 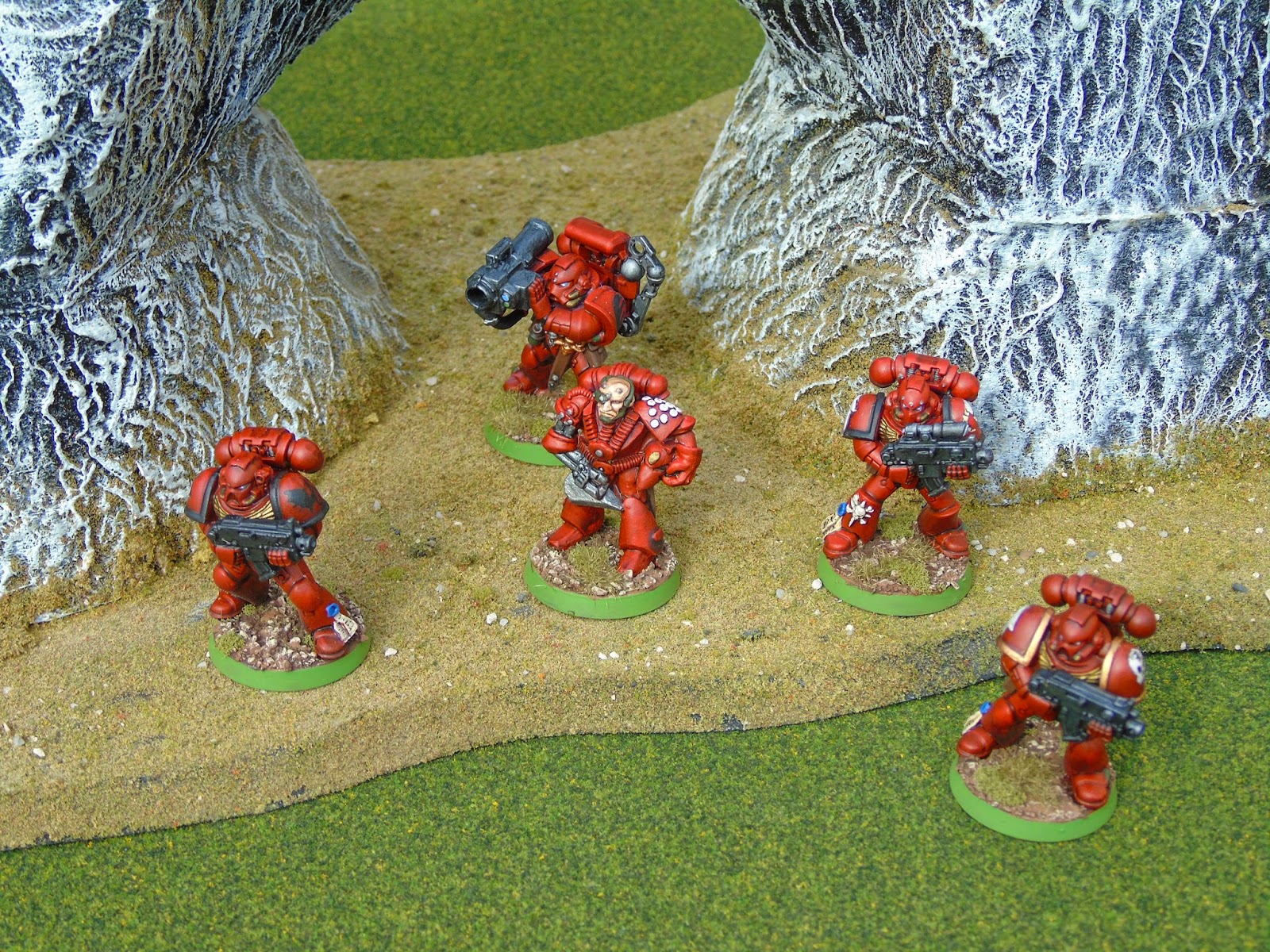 In order, left to right:  Angels Encarmine, Red Hunters, Exorcists, Red Talons, and I don't know.  The Rogue Trader marine I picked didn't have a free shoulder pad to paint; I'm going to claim he's a Blood Angel.  I forgive myself for the quick somewhat sloppy shoulder art, I have to finish a thousand before I die.

With 16 different marines, I am 1.6% done with this project. 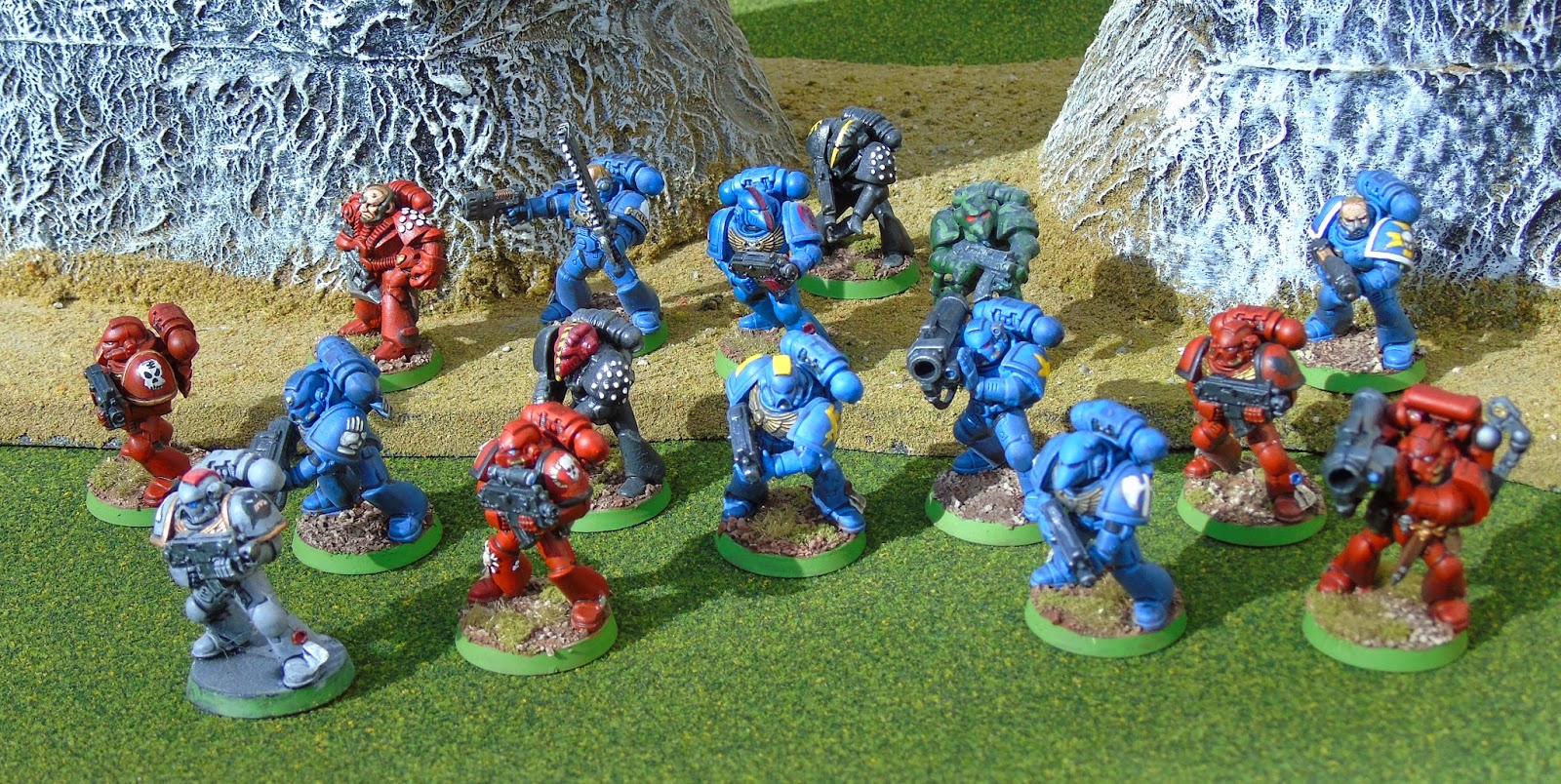 Here's about half the crap I have decided to paint next.  There'll be Rohan, Prussians, Frenchmen, Cthulhu monsters, Doom game monsters, Tuetonic Sergeants, centaurs, and Perry mercenaries. 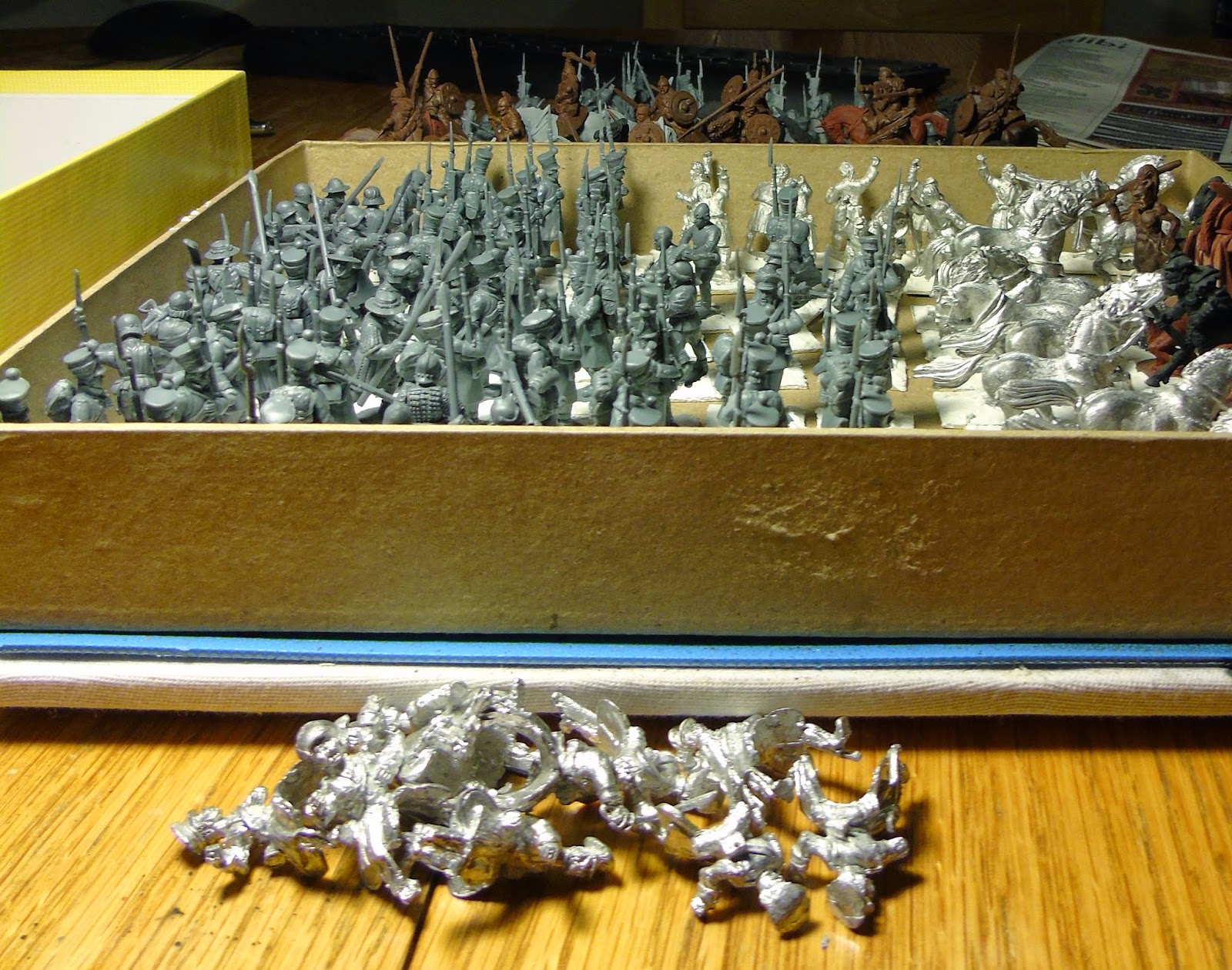 till next time, love
Baconfat