I've managed to finish a small unit of javelinmen for a Byzantine or El Cid army.  The models were sold by Battle Honors as Spanish javelinmen, but they'll do fine as Byzantine skirmishers.

The spears are floral wire dipped in paint. 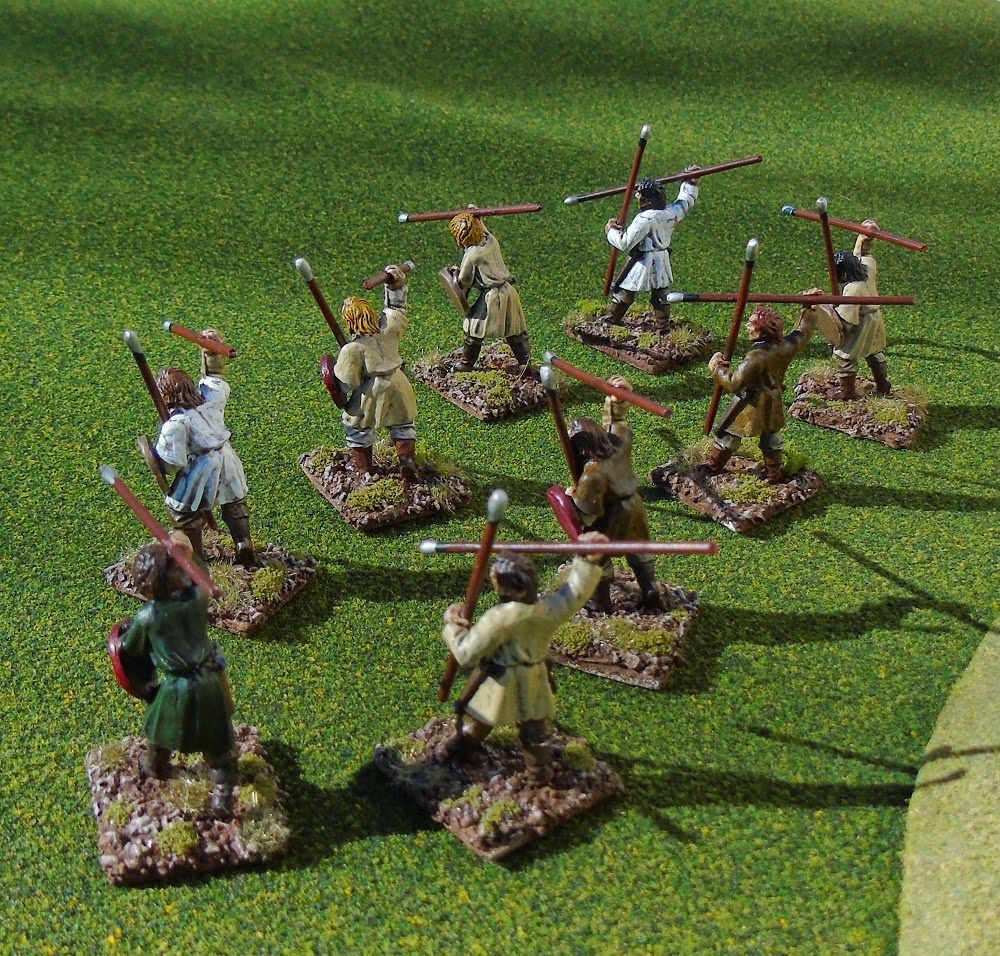 Not a very good paint job, I wish Battle Honors ancients were still available so I could try again. 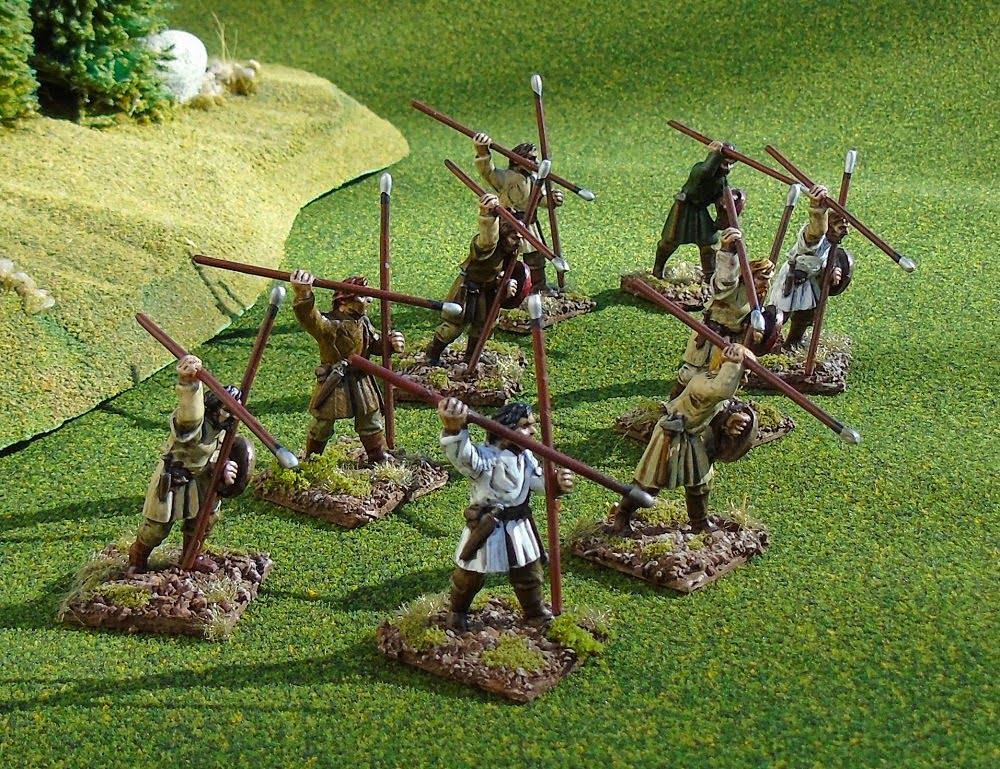 Here's three Old Glory staff slingers.  There's a dwarf who appears to be doing a puppet show, but I think he's an old Ral Partha dwarf or gnome illusionist.  The guy on the right is an old Grenadier Fantasy Wars town guard model. 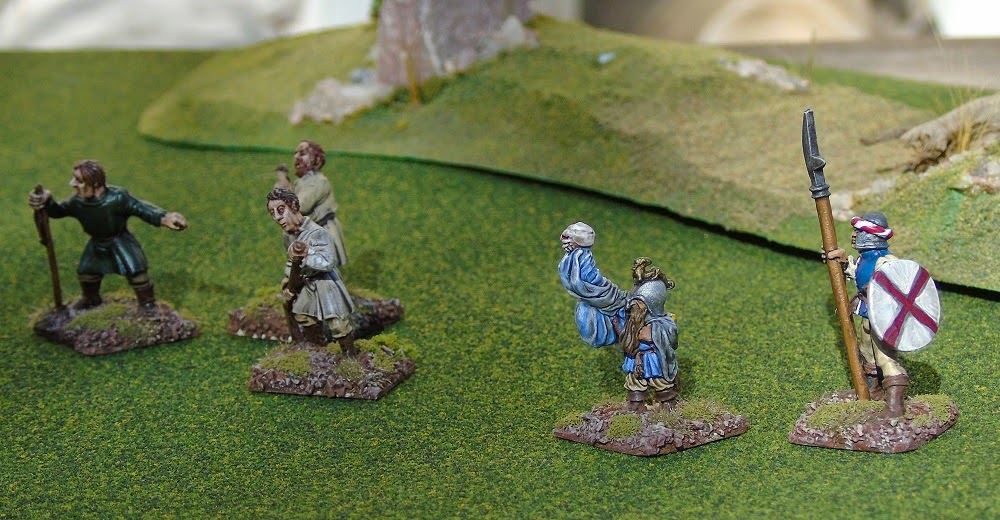 There's only two pictures, because the rest were very blurry. 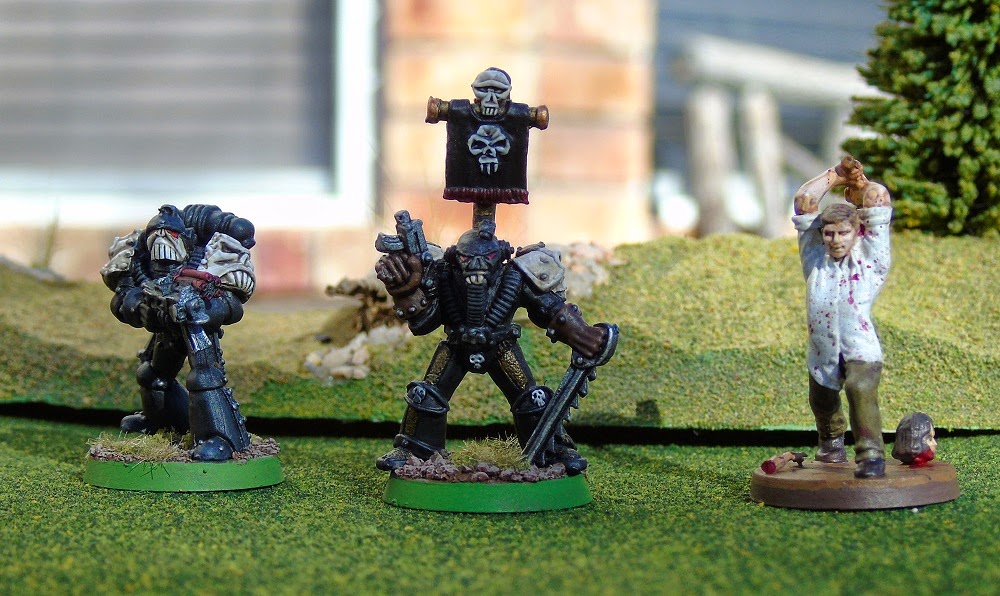 I used Wargames Factory bits for his victims. 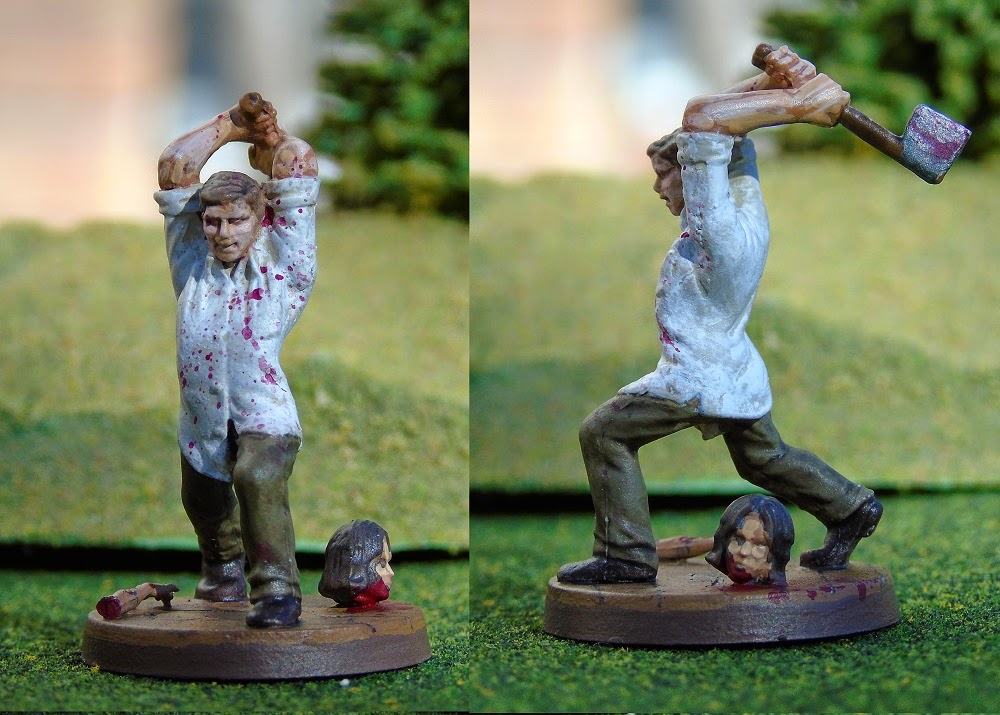 Whatever it is space marines wear on their back/back pack, one is missing. 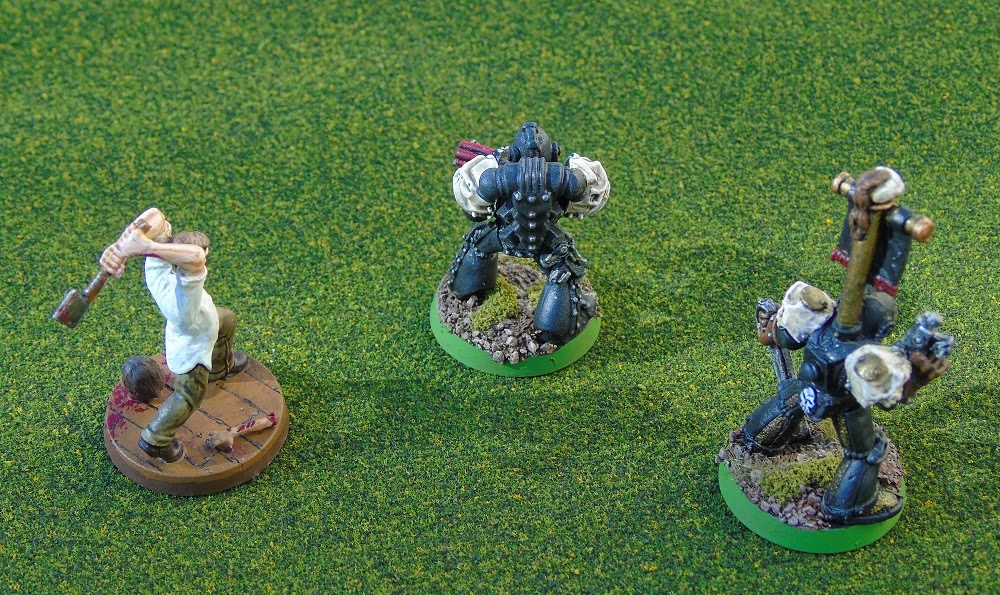 Next week I hope to have a pack of Napoleonic French infantry.  Here I am hard at work prepping models. 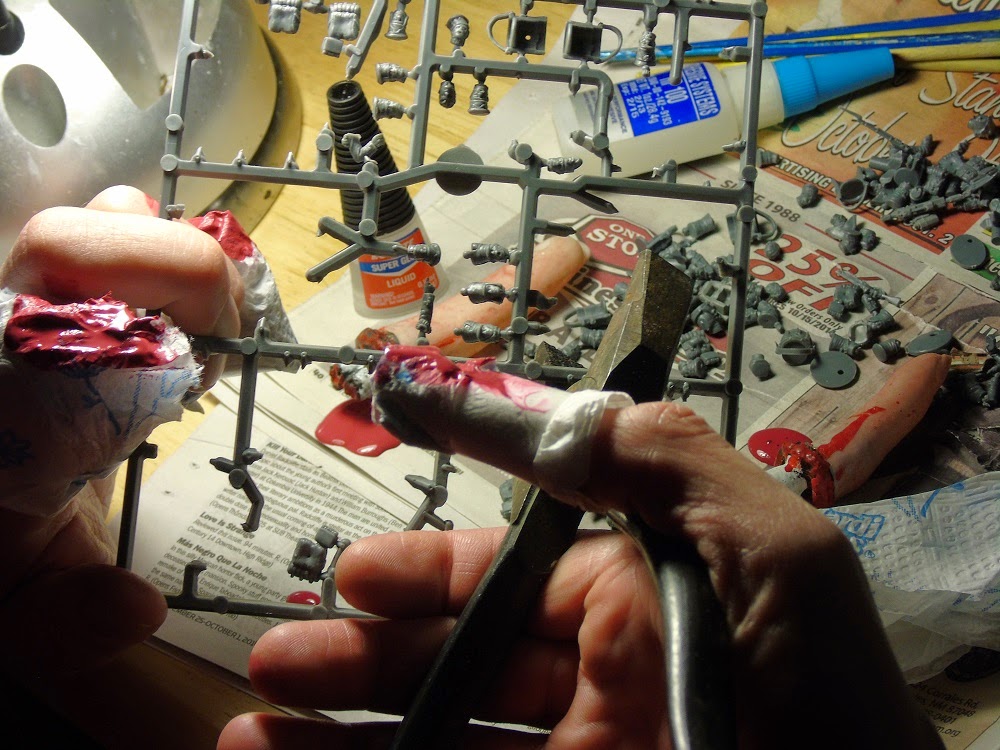