I decided to paint some more LotR minis.  Uruk Hai beserkers seemed a fun choice. These are the plastic Uruk berserkers that came with the Uruk siege box set.  One was missing a torch, so I'm armed him as best I could.

Here are three metal Uruk berserkers.  I think they made four versions in metal. 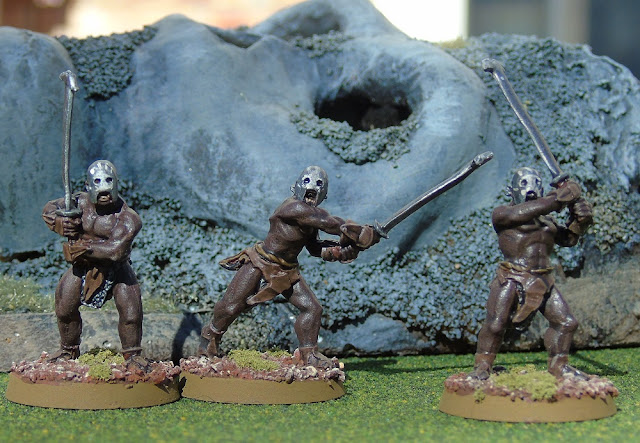 You can't tell in the pics, but I gave the guys veins on their rippling muscles.  I put on varnish, then spray on clear matte, before the varnish is quite dry.  The matte drys quicker than the varnish and pulls it into small spidery ridges that quite resemble scars or veins on flatter  surfaces.  Only try this on nude or nearly nude models as you may ruin clothing and armor.  It would also nearly destroy a tank model, which is how I stumbled on to this trick.


Here they are all together, about to realize their weapons are useless versus thick stone walls, "Run away!". 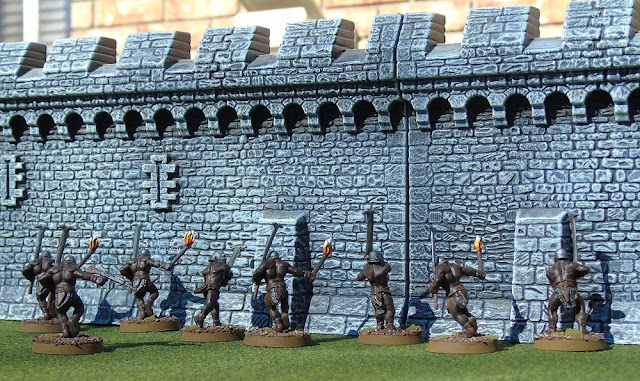 A spot of gardening. 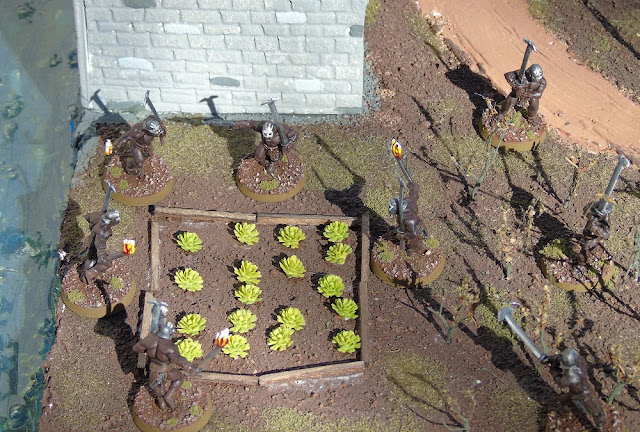 They are from the 4th Regiment of the 4th Silesian Landweher Cavalry. They are wearing frumpy schirmutz caps instead of proper shakos. Instead doing my own research, I filched the color scheme from the terrific "Blunders on the Danube" blog.

Here they running towards the left of your computer screen. I've included three previously painted models, that I posted maybe a month ago, before I ran out of blue paint.

Here they are running away.

Here they are helping the Rohirrim ethnic cleanse the land of orcs.

Till next time, when I'll have a few more French Nappys and maybe a couple LotR minis done.

Baconfat
Posted by Baconfat at 10:55 AM