Today I have a few more minis completed.

The first group is nine of the original plastic Imperial Guardsmen. 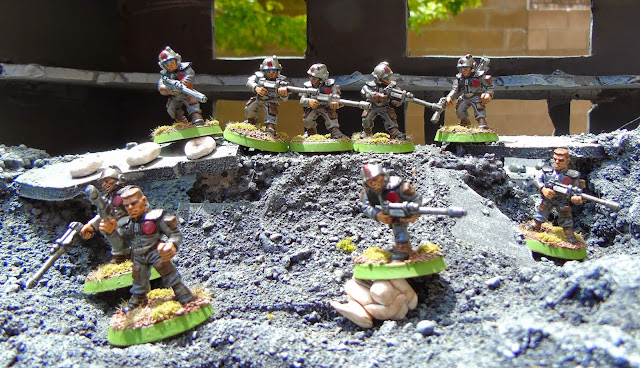 Here they are at night running away. 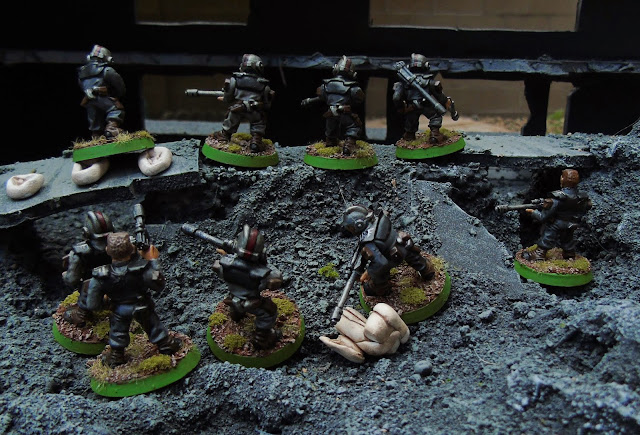 Here are two of the long OOP metal Guardsmen next to one of the newer plastic Cadians.  The model in the middle is dreadfully static. 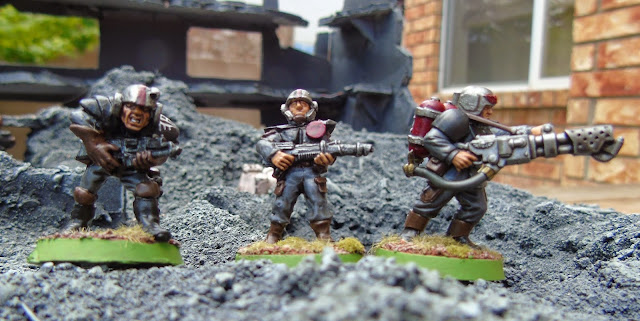 Here a blurry picture of their backsides. 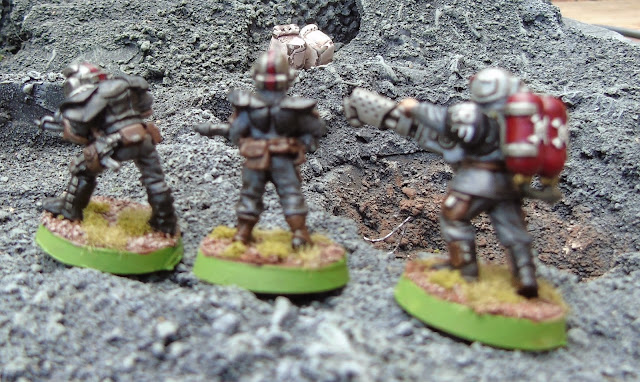 Here are two Ogryn.  I put off painting these for many years because they had no guns, just stupid big hammers. 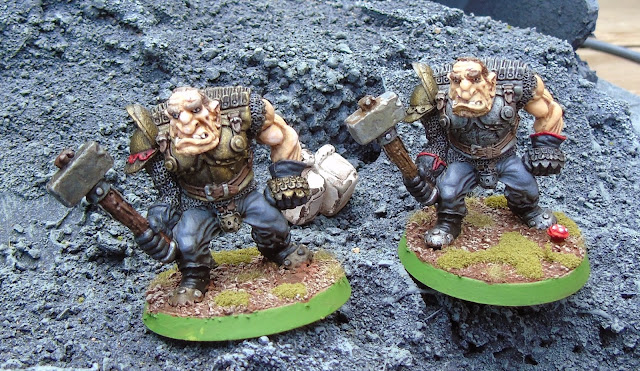 Here they are looking away. 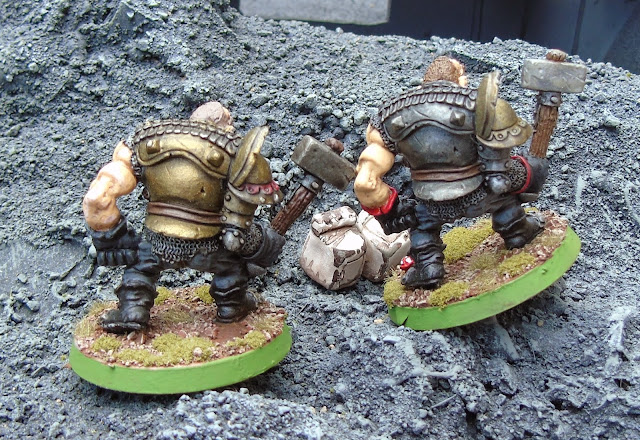 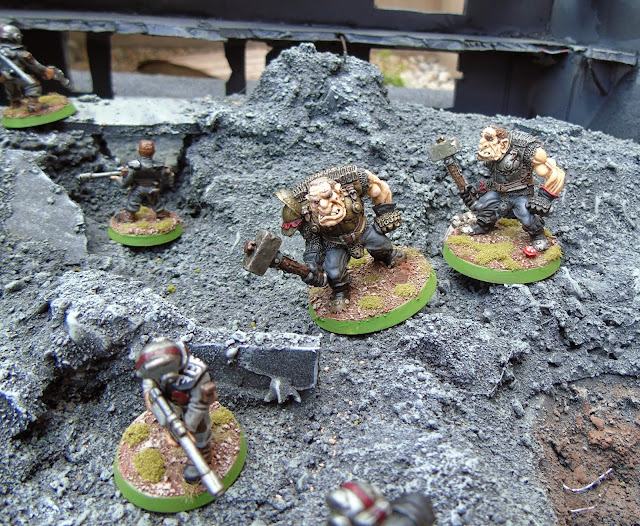 The mushroom is an orange stem. 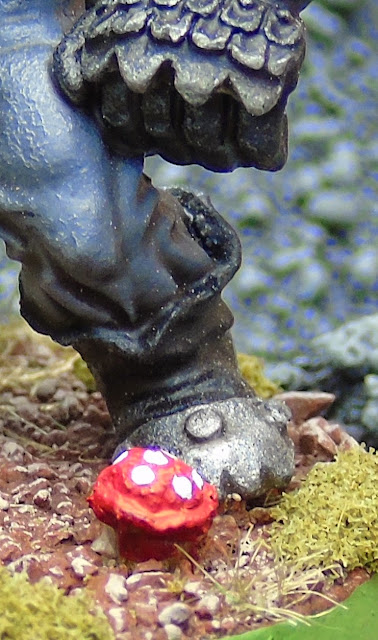 Here they are with their fellows, painted a few years back.  Their fellows need their bases to be completed.  I wish I had painted all their giant hand grenades ups as big Fosters oil can beers.

Here are a couple ill equipped zombie apocalypse survivors.  I hope they last longer than black guys do on The Walking Dead show. 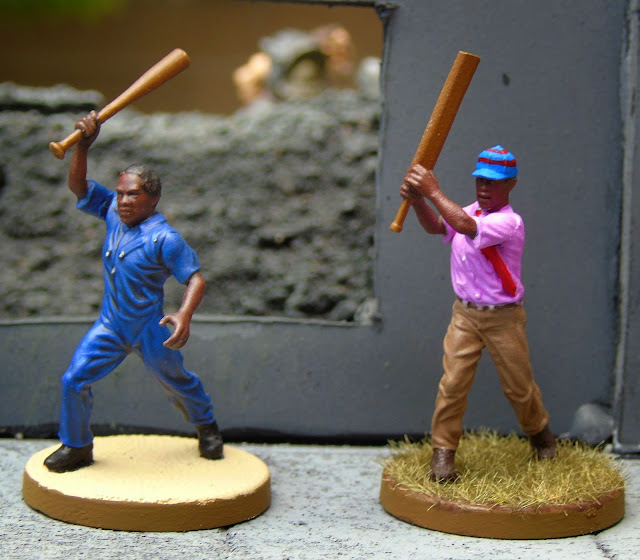 I tried to give the cricket fan a proper cricket cap. 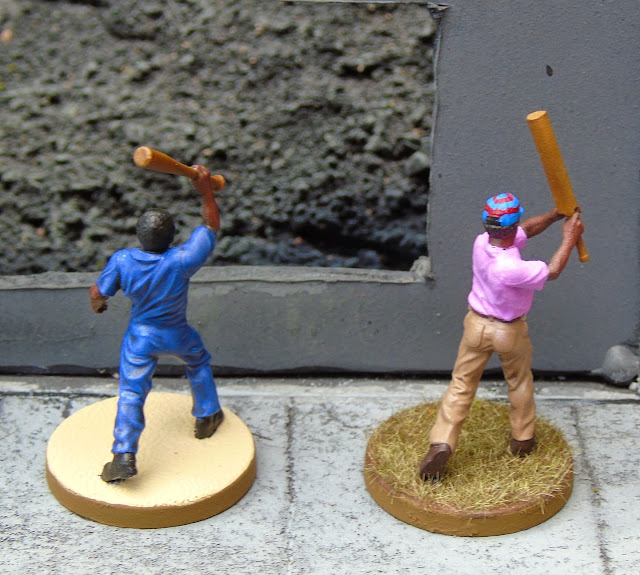 Here's a Charlie Chan figure from Reaper; next to him is an abysmal Uruk Hai miniature of unknown origin.  I would guess that he was from Heritage, but he had a round base.  I think the Heritage LotR minis had rectangular bases.
I wish that they'd make a Charlie Chan tv show or movies.  I know many people think the original films were racist, because a white guy always played Charlie.  As a child I very desperately wanted to be Chinese, so I could grow up to be like Charlie Chan. 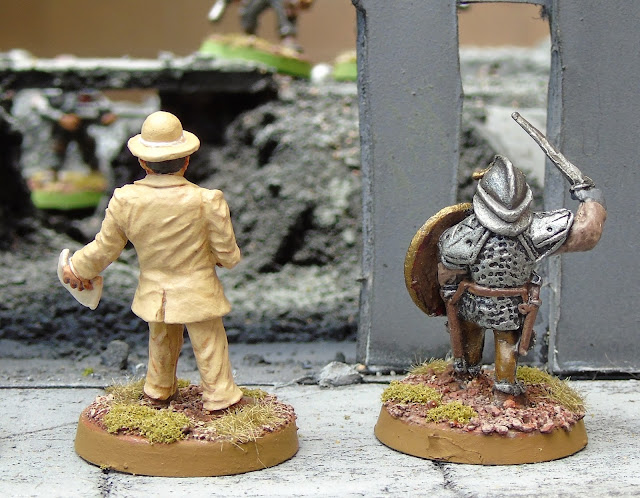 Till next time, when I should have some French Nappies I haven't quite finished.  Perhaps there'll be some other stuff too, besides old Guardsmen.