I finished up a bunch of minis for your viewing pleasure.

Here are nine Riders of Rohan.  You may immediately notice they do not have the standard shields.  The originals are long lost, but I found a sprue of unknown plastic shields that fit perfectly.  I will of course, regret that decision when I try to paint the previous shield owners.

I acquired these from a friend who actually had started painting them for me.  The horses were nearly done, only needed to paint the riders and the horses' reins/armor.  I wish all horses came base coated. 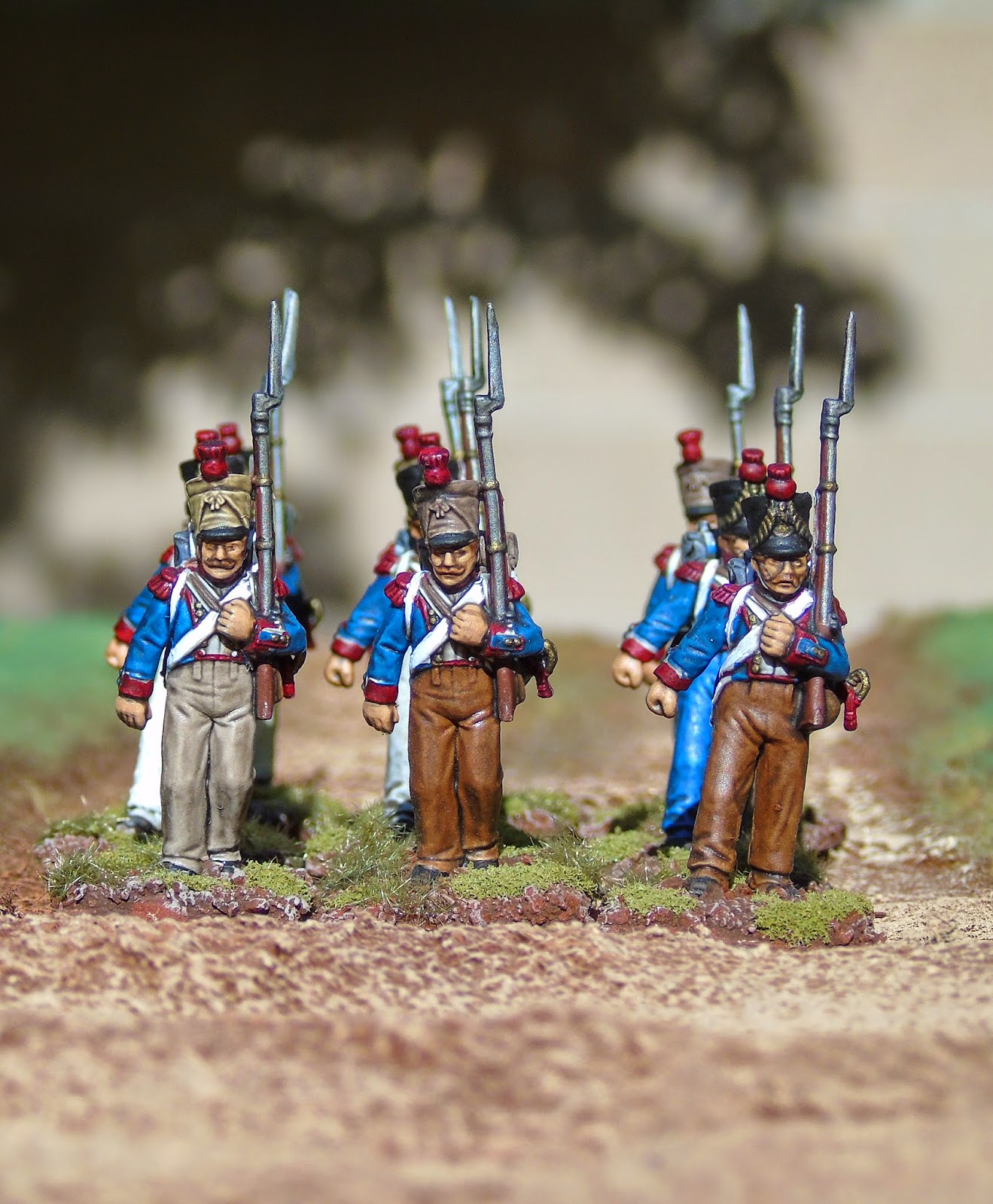 Here they are marching past a rather dumpy building. 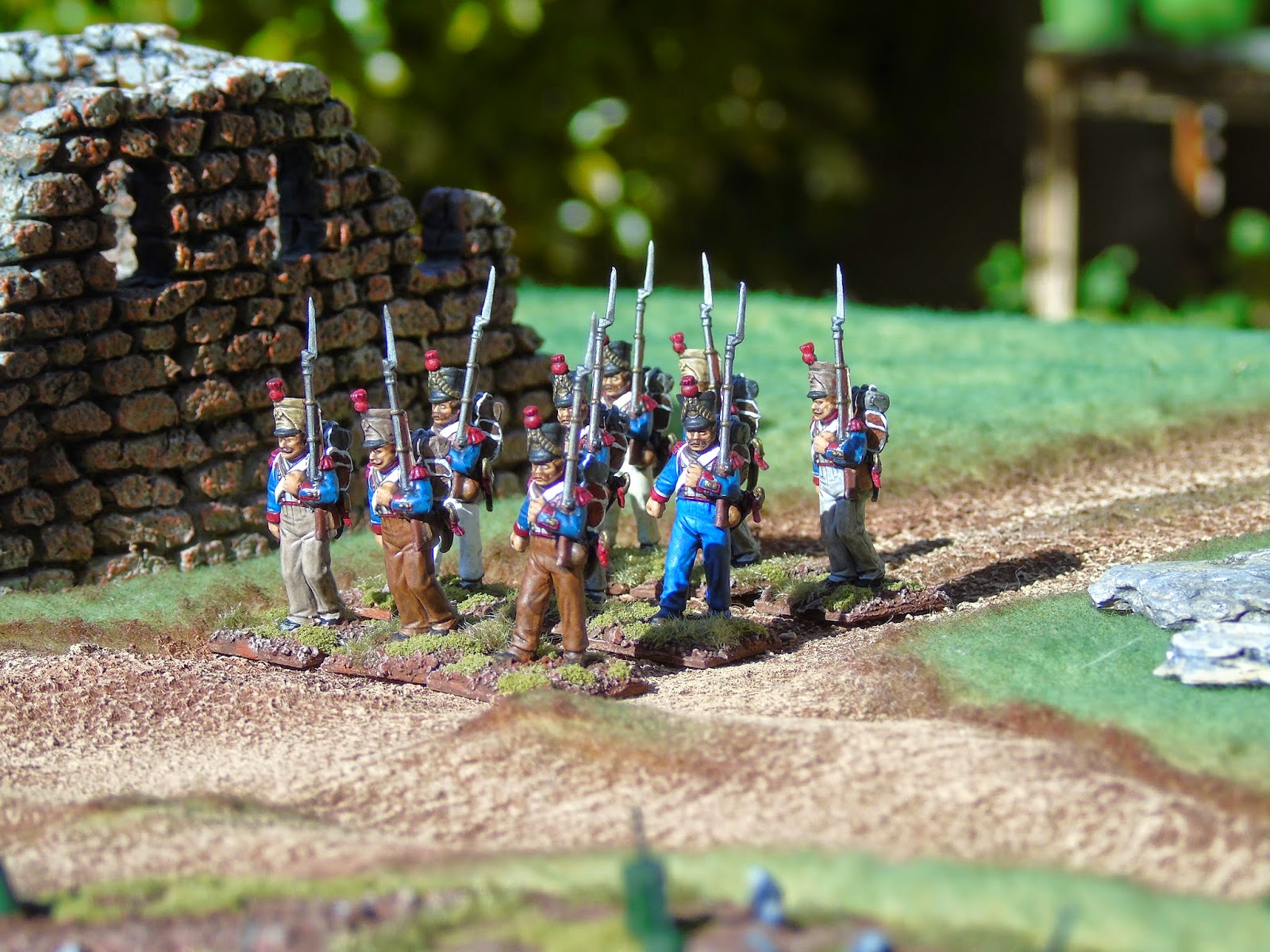 Here they are marching away. 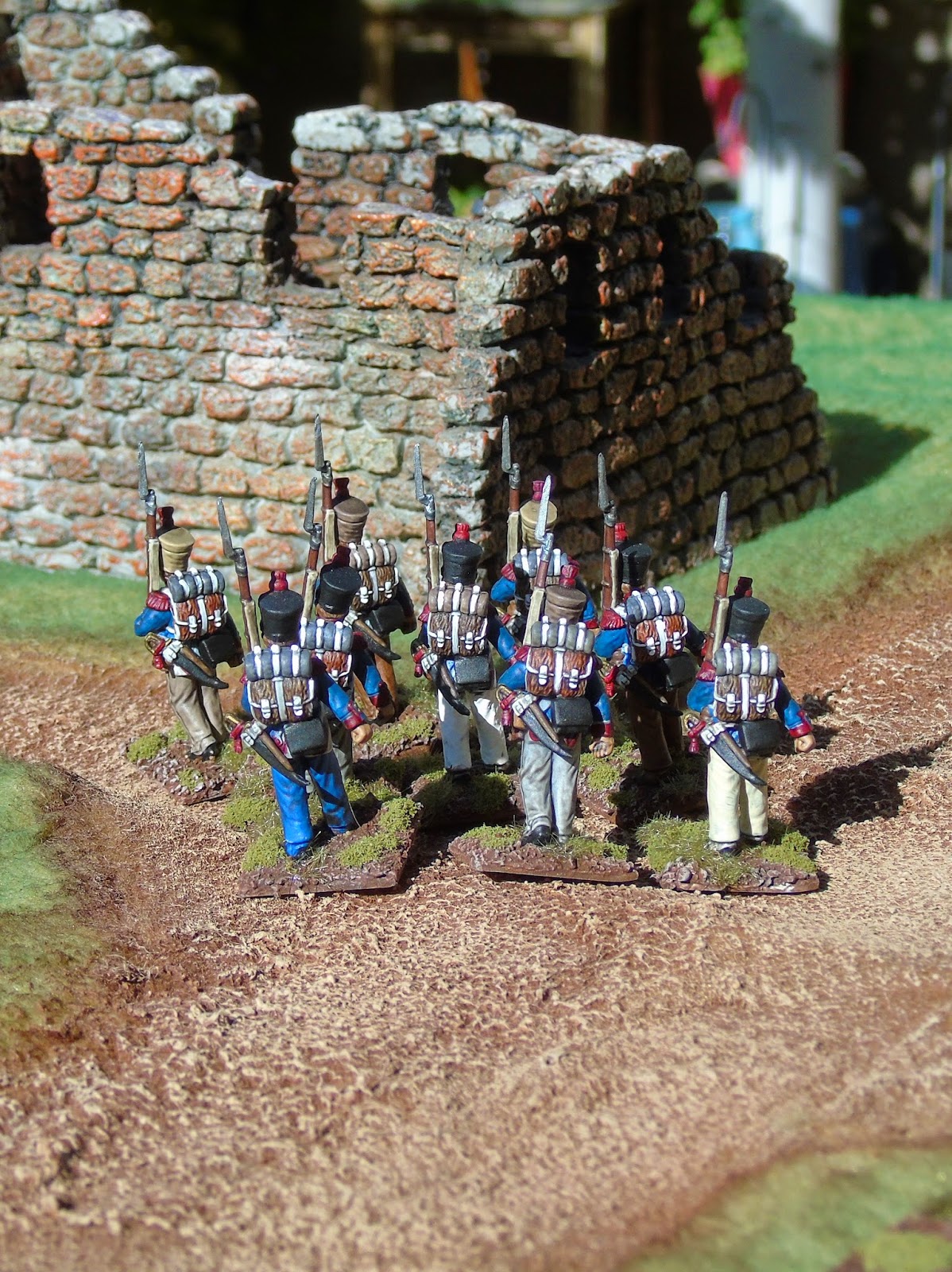 In the Perry plastic French infantry set, you get two variants of the marching Grenadier (or Voltiguer) without the greatcoat on.
Here are some of the Perry plastic sci-fi anti-tank mines.  You get about thirty of these per box.   The models are quit plain, but the nicest part of the kit is that if you cut the sprues very carefully you can assemble about 40 Frenchmen from the bits. 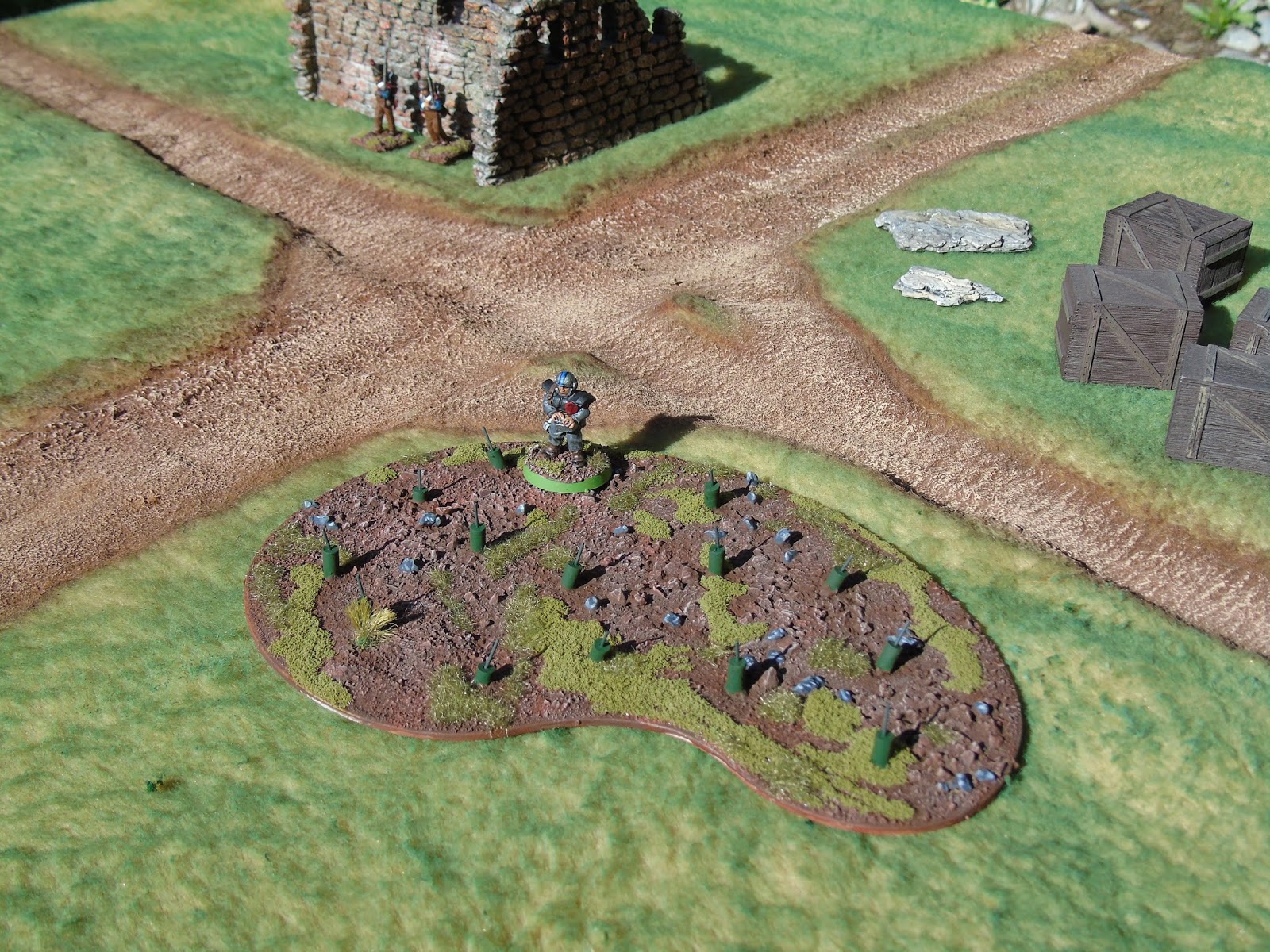 I drill little holes in the top and glue in florist wire.  Don't look how much brown paint I slopped on that guy's boots.  He's due a little touch up.


Here are some ancient Rogue Trader era Tarantula gun controllers.  I've put off painting them because of how plain they are.  There were two variants.  The guy in the brown jacket was the second version; he actually called a Commander in some catalogs. 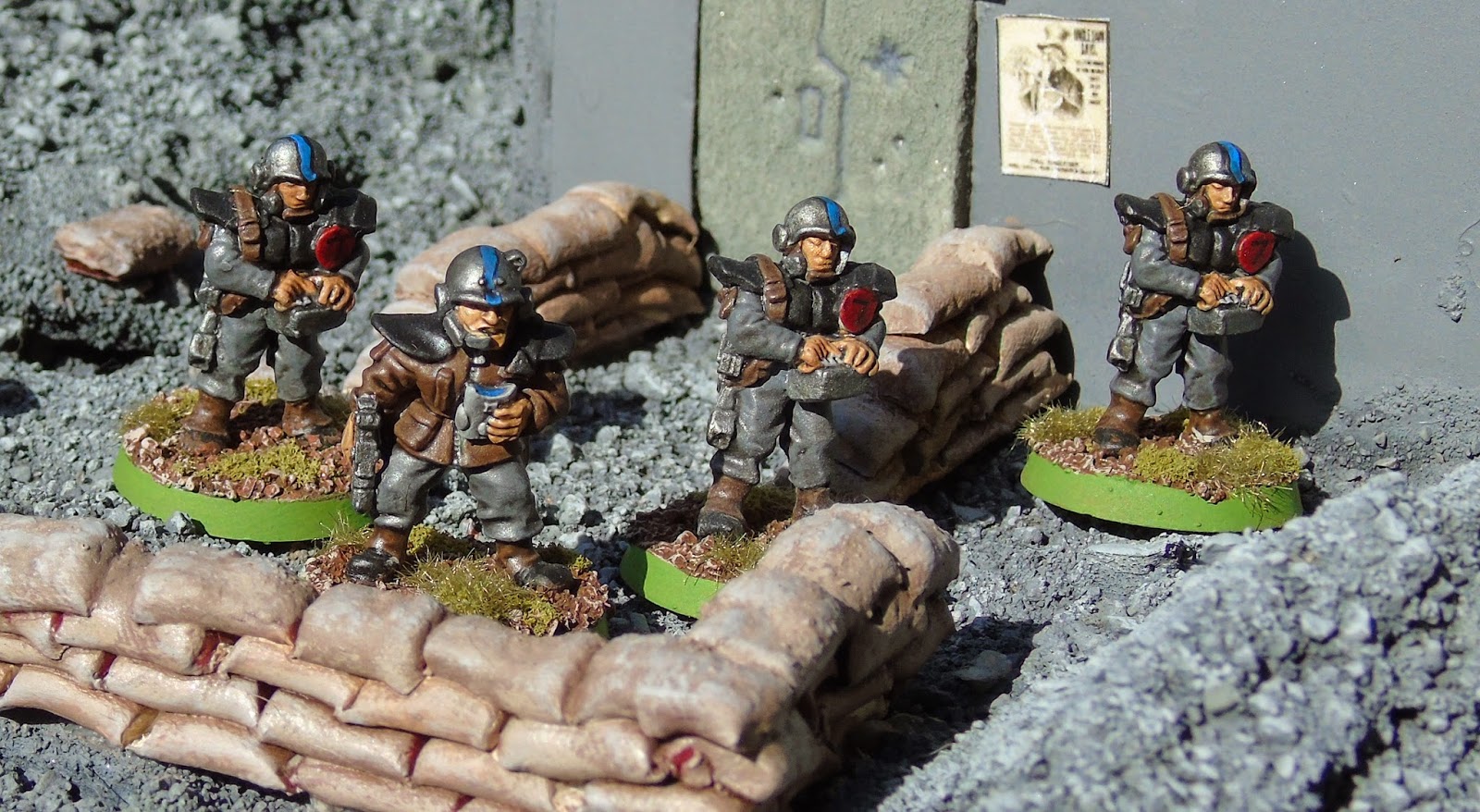 Here they are looking away.  I have another set of these lunch box toters still to paint. 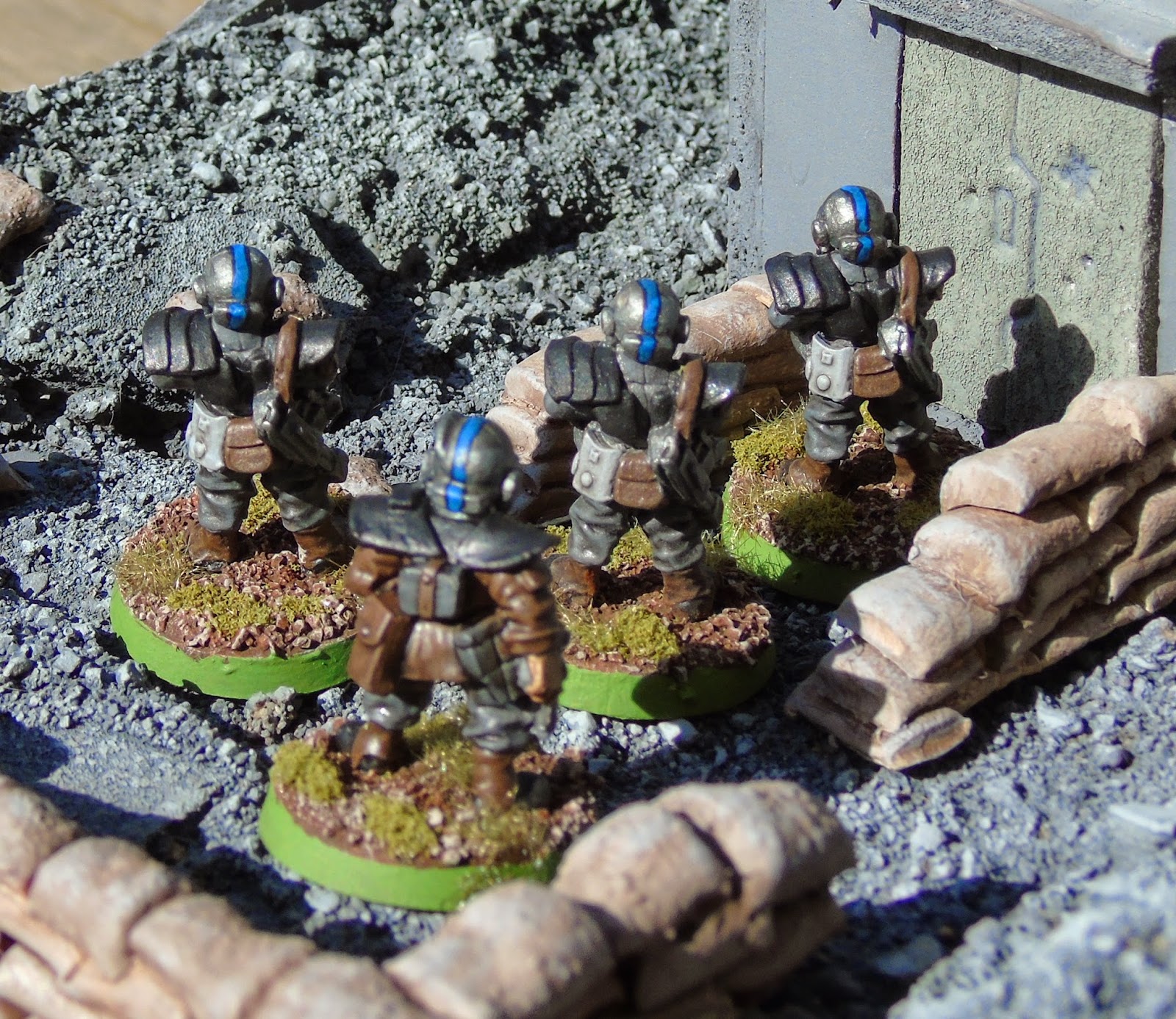 Here are some old Imperial Guard Heavy Weapons.  The four on the left are Conversion Beam Projectors (or conversion beamers).  The other two are multi-meltas.  Beamers were an odd Rogue Trader weapon; they had to be fired stationary and the harder and farther away the target, the more damage they did.  They might be nice to take out the super heavy/large models 40K players use these days.

I didn't paint the far left guy's gun, it was a lucky pre-painted bits box find.

The Imperial Guard used to be either quite strong or the tape measure looking things on there hips somehow defied gravity.

Here are much more lively looking guard model.  The big shoulder pads are great for painting unit markings.  Next to him is a Chimera personnel carrier. 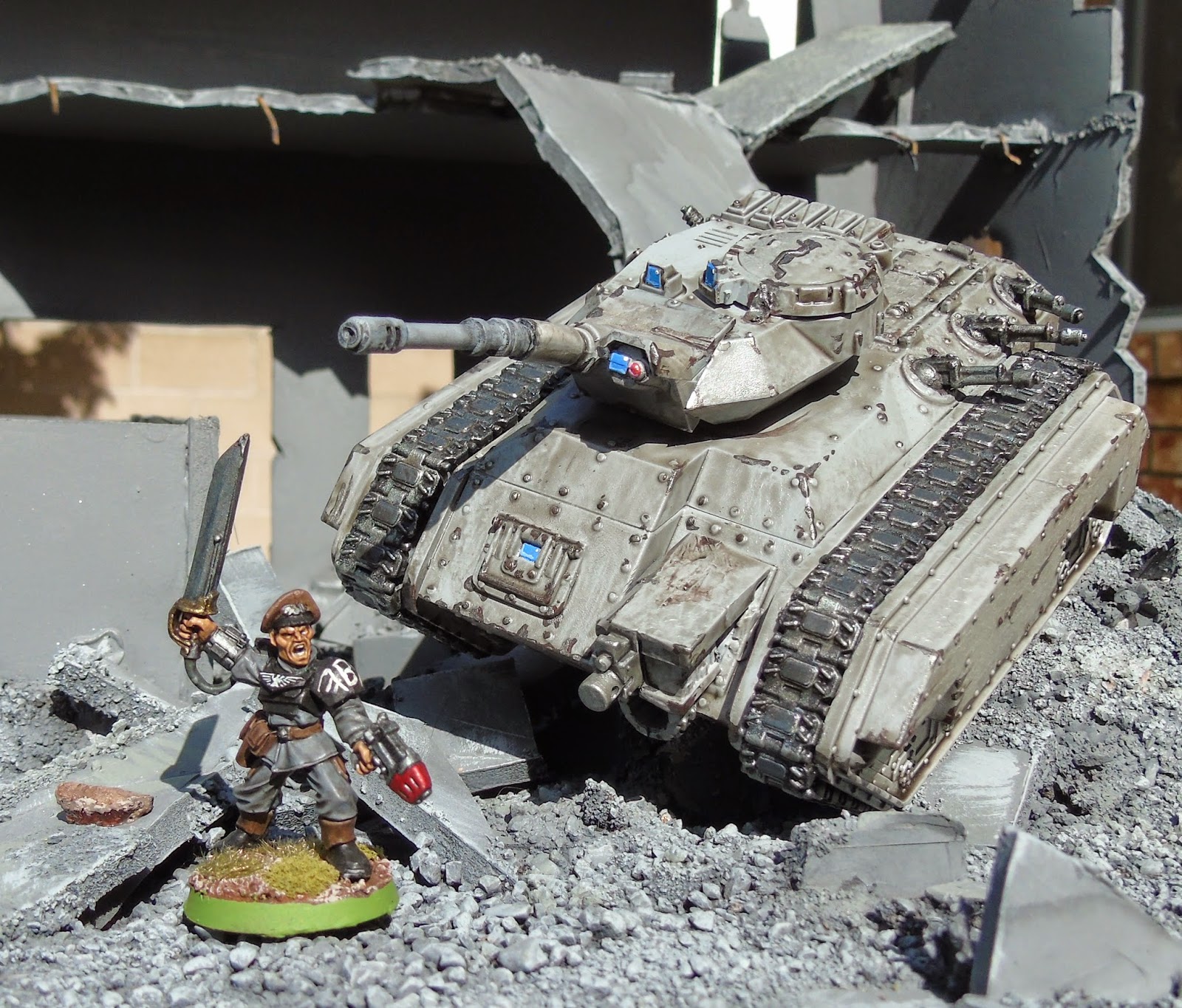 You may notice the turret is completely wrong and from another model, but I like it much better. The autocannon barrel is a last minute addition as the cat who lives in my house, Cthulhu, knocked the apc off the painting table and absconded with the original barrel. 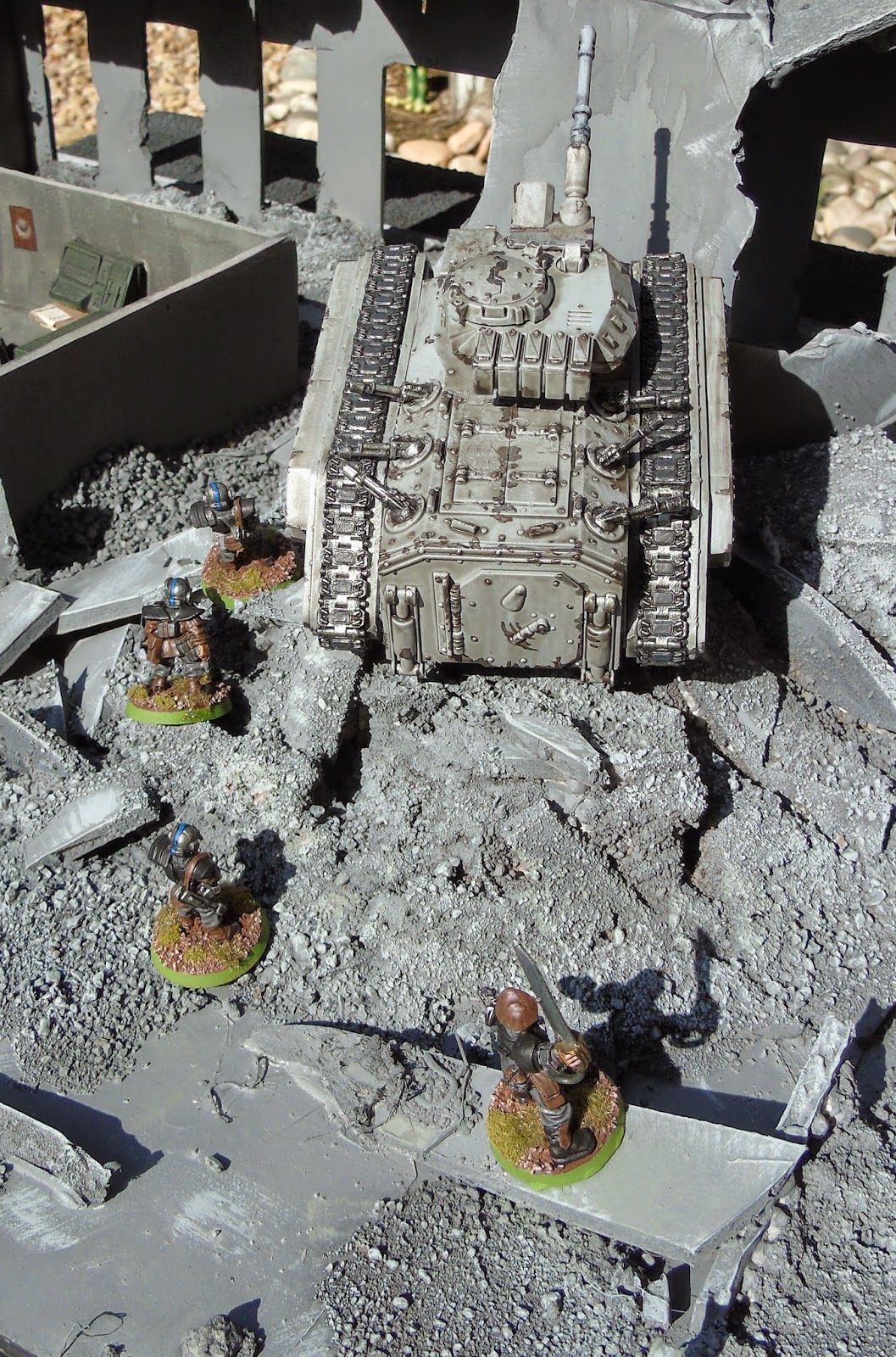 I tried to add lots of paint damage to hide the paint slop job of the previous owner. 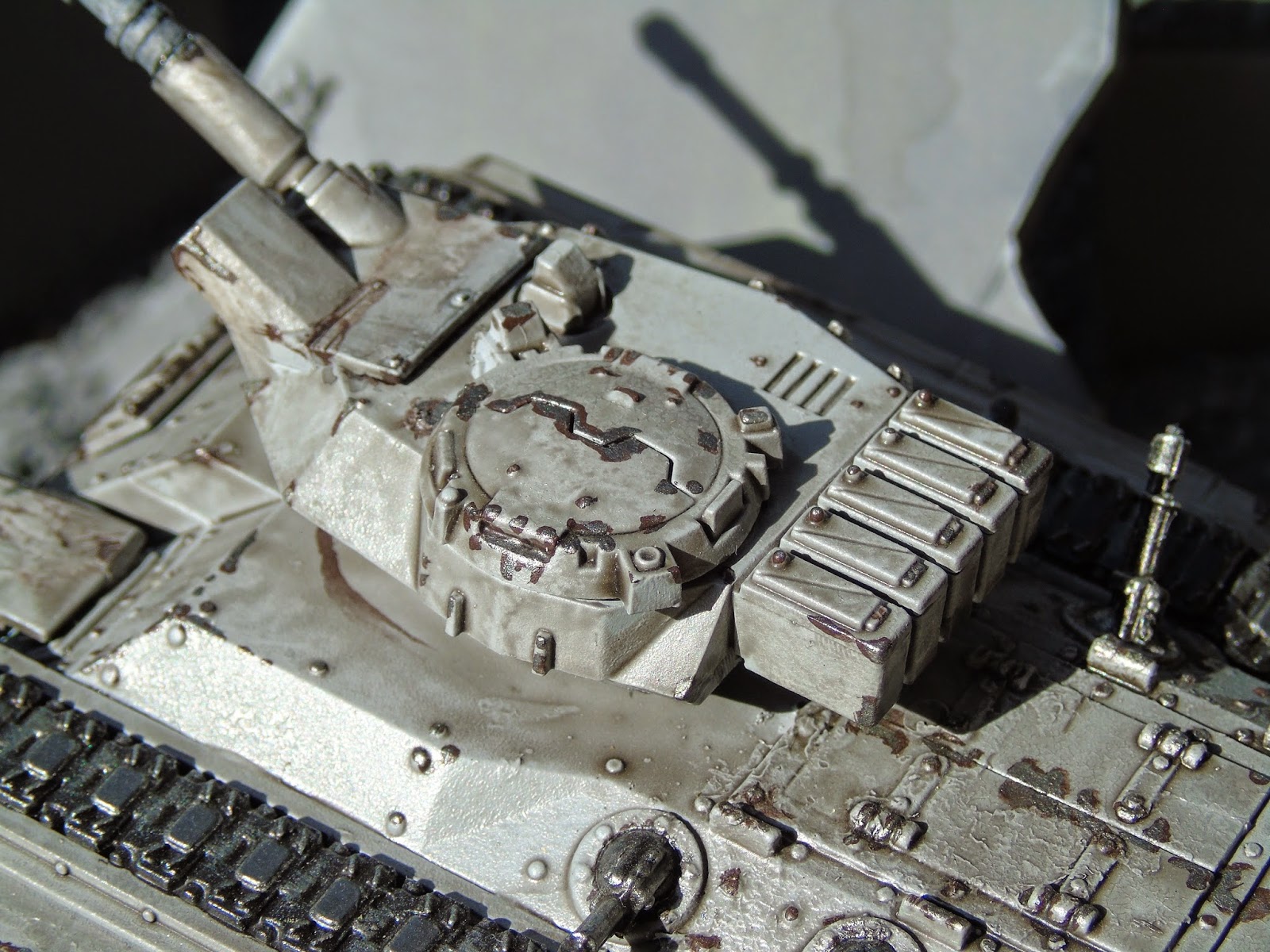 Lastly I experimented with basing models on U.S. nickels.  Fender washers cost anywhere from $.28 a piece at Ace Hardware and $.08 at Lowes in bulk.  Nickels might not stick to magnets, but they only cost $.05.

You can see a nickel isn't really that small; it fits snugly inside a GW base.

You can see the nickel is almost the same diameter as a GW plastic base top.

Hugs and Kisses,
Baconfat
Posted by Baconfat at 9:43 AM