Today, we have  number of miniature paint jobs completed and a bloody battle using the Dragon Rampant rule.

Here, they are looking the other direction.  They'd paint faster if they didn't wear those damned packs.

Here are six Gondorian archers.  They were a gift from Stan, a miniature enthusiast who hates GW bases. 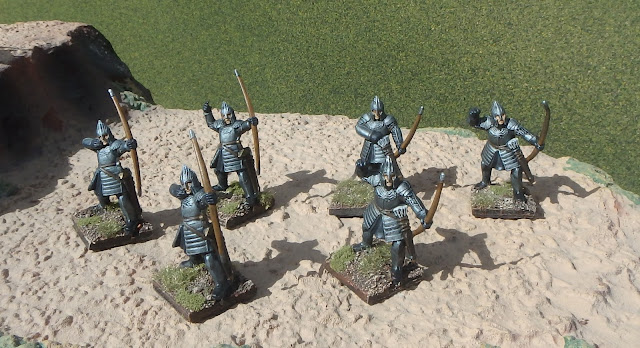 I think they look better without the big plastic pedestals.
﻿

Here's five more.  The shields are a real whore to get right.

Here they are fighting some Cthulhu-like prepainted creature that I rebased. 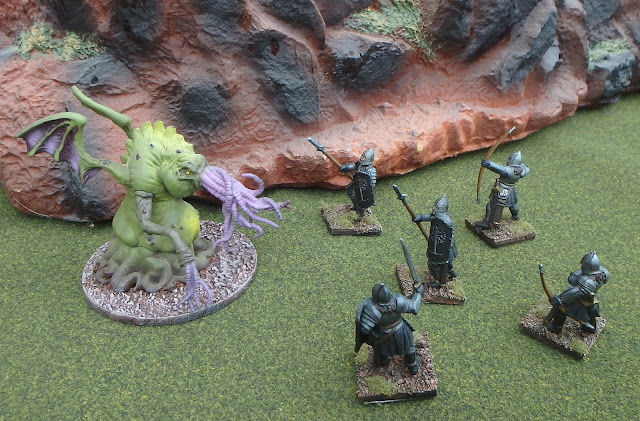 A RAFM Roman and two out of production Bretonians. 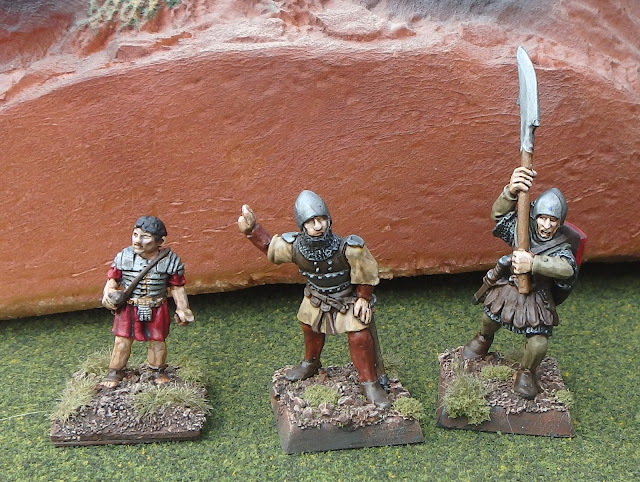 I think the Bretonians will be completely discontinued, now that stupid GW killed the "Old World". 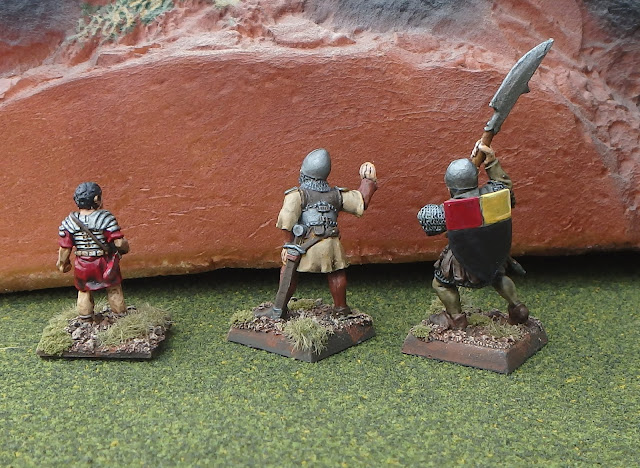 Here's a little scenery litter I finished.  Some resin barrels of unknown manufacture and a couple of those walls of weapons you see in movies, before the hero's do a musical montage posing with guns and loading green bags with random guns and ammo.

Here are some used French I bought off of Xenophon.  You may know Xenophon from TMP.

All I've done is rebase them.  Xeno had them multi-based on large wooden bases. 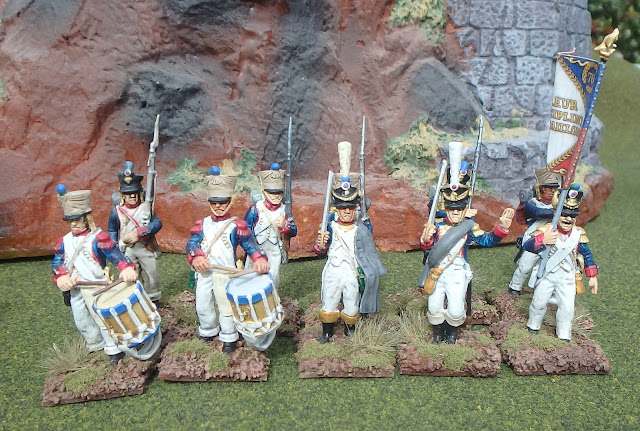 Here are a few more marching into battle.  If you look closely you may see one of Napoleon's Marshals behind them. 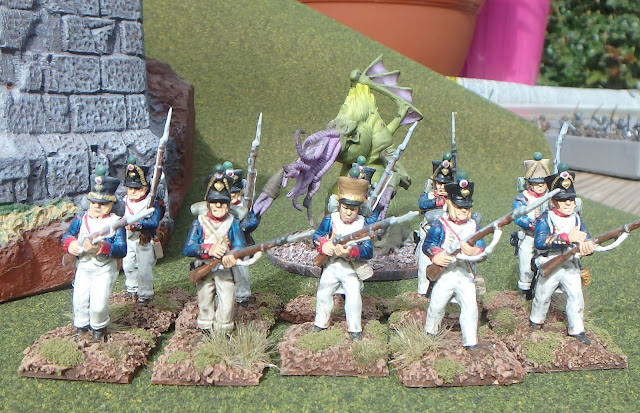 Now on to some Dragon Rampant.  Men vs Goblins.  The men brought three units of strong infantry and some heavy horsemen. 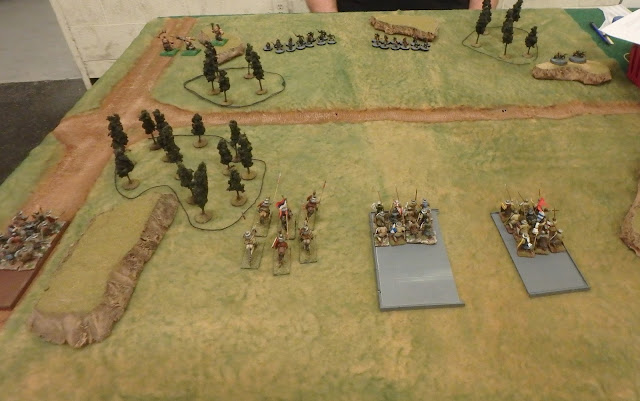 The left wing has no fear of three stupid ogres. 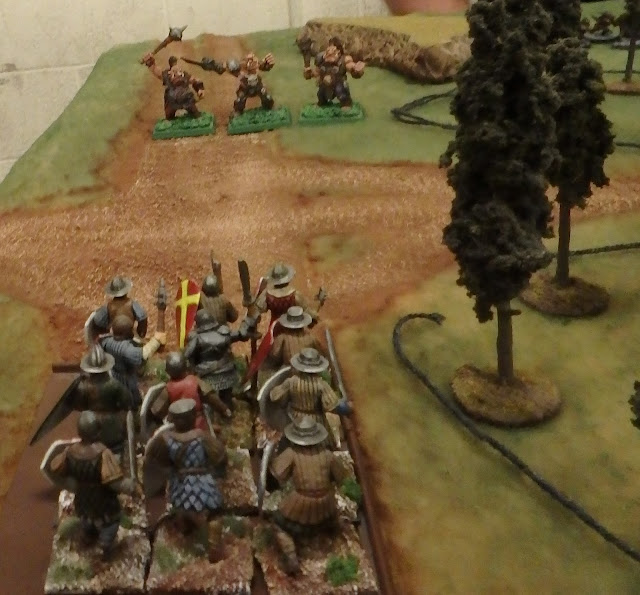 As we march, we find out the goblin creatures are armed with bows. 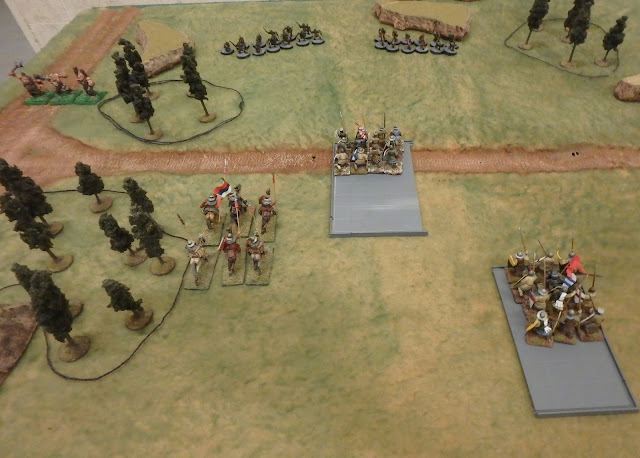 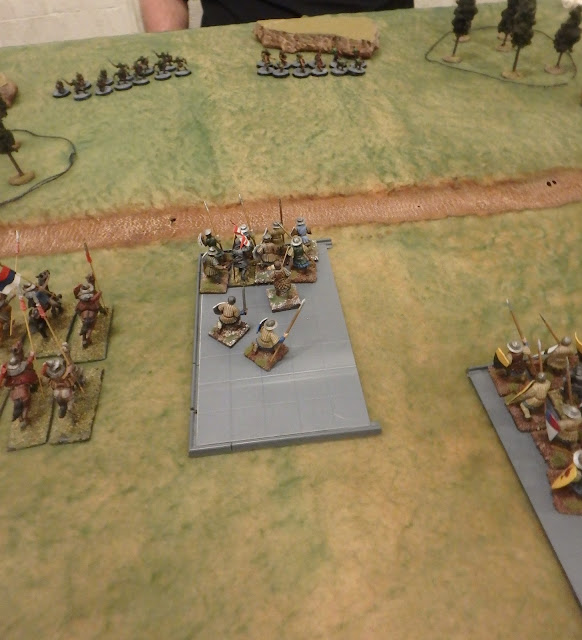 and the spiders crash into the lead element. 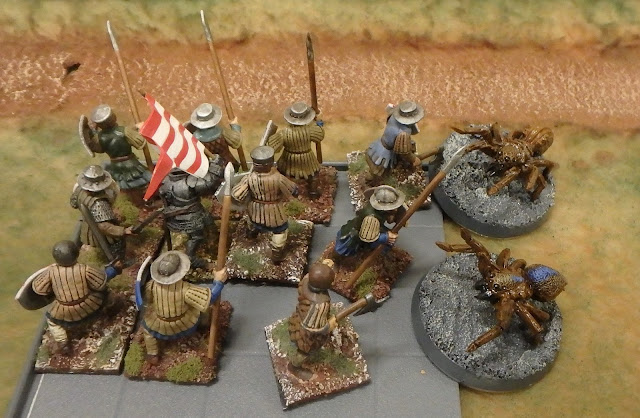 We shake off the bugs, but lose some more troops. 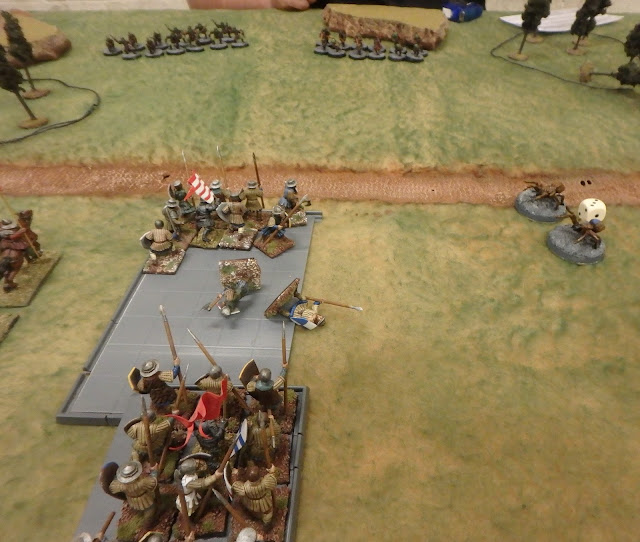 With the bugs out of the way, they charge on to kill half the goblins. 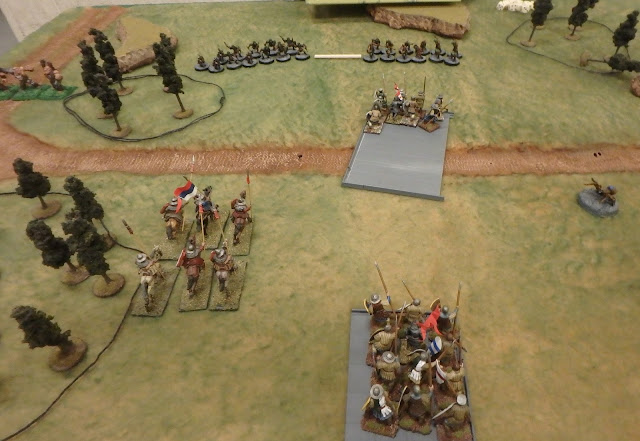 But sadly they are wiped out by the goblin marksmen.   Ok, plan B, avoid the goblins and take out the ogres.  The brave horsemen charge the ogres. 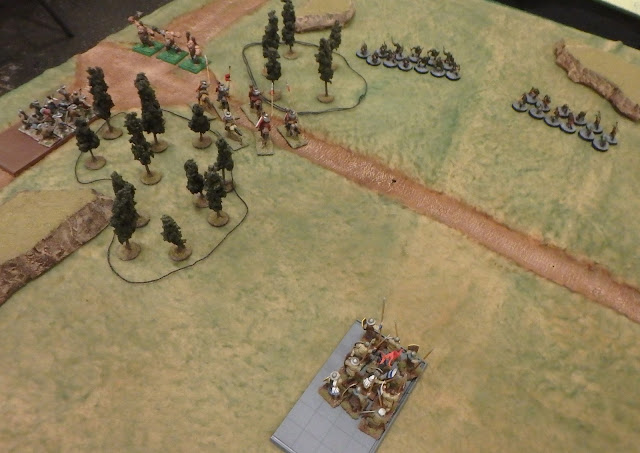 The horsemen fail to kill any ogres. 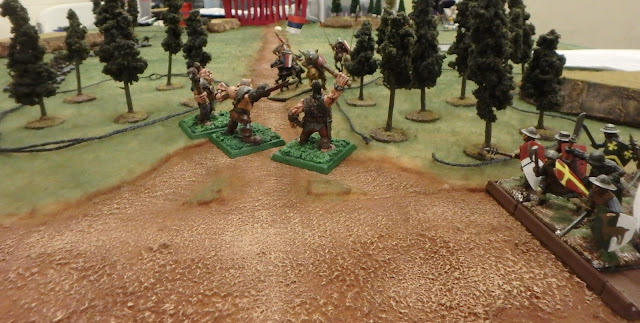 So the infantry try and get punished as well. 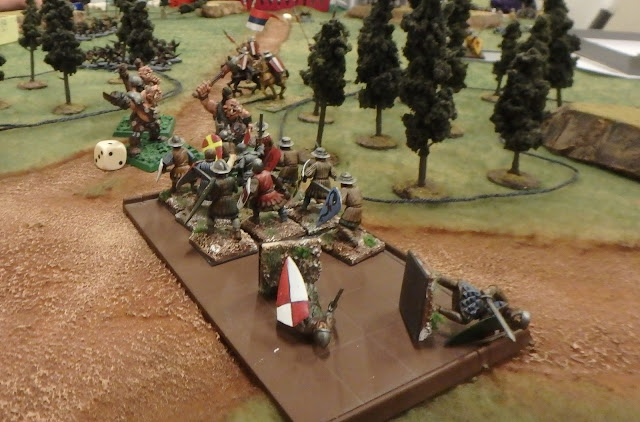 The depleted cavalry try to charge he goblins instead. 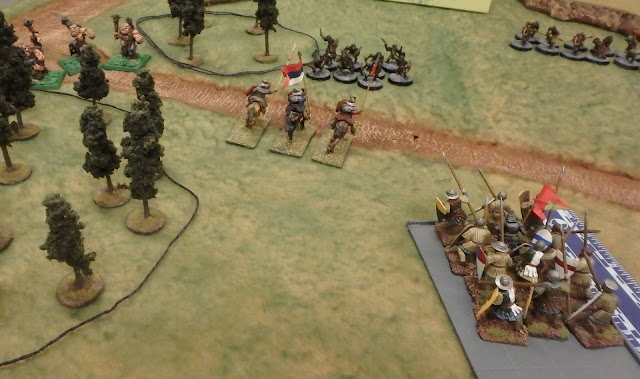 The ogres keep killing my men.  So the men run away. 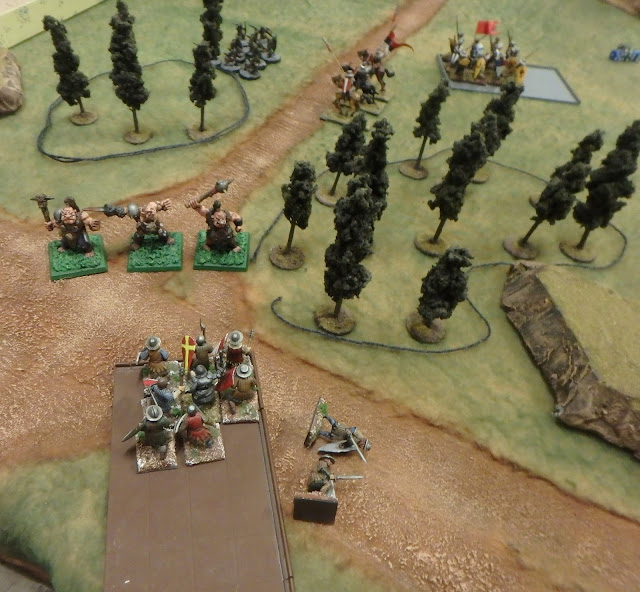 The goblins have wiped out the cavalry.  Only one unit left and they allow the goblins to put arrows in themselves and run away. 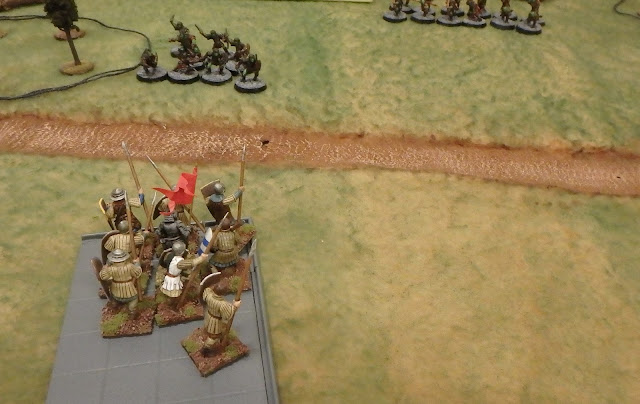 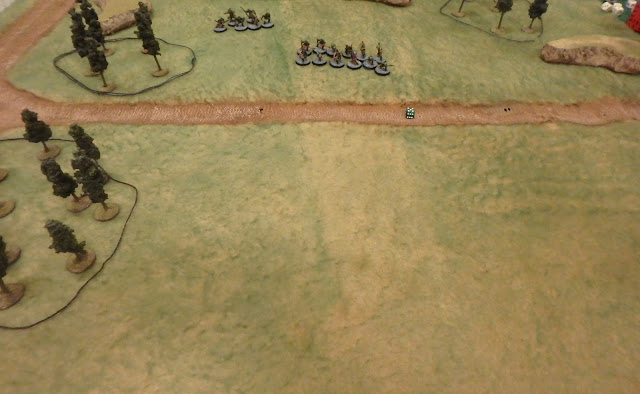 Till next time, when I'll have a more minis completed.  There's at least 30 or 40 guys who just need some sand and flock.


Love and Kisses,
Baconfat
Posted by Baconfat at 6:28 PM