I recently finished painting an almost random selection of miniatures and took pictures of them.

I painted the least exciting models first.  I was hoping I could come up with an good paint scheme, before moving on to their more exciting robot poses.  I think they will fit my zombies. 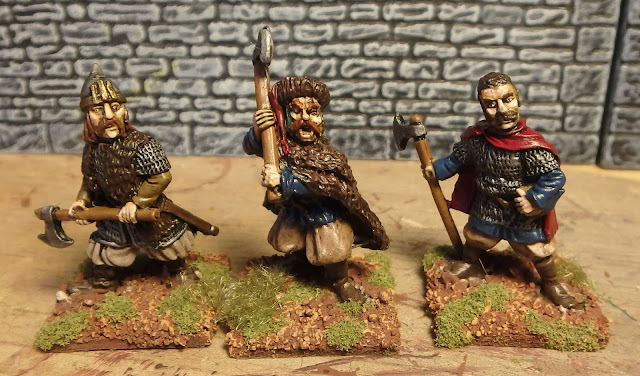 I've got a more almost complete, but their shields aren't done. 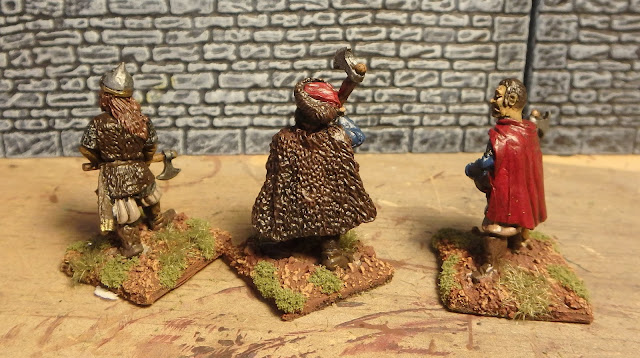 Some Old Glory Revolting Peasants.  Their weapons are huge.

You can still get these models, from Mirlton miniatures.  Mine are sort of beat up from years in a lead pile.

Here are five more.  They'll be great for Dragon Rampant or Chaos Wars.

I really need some of the Bat Riding Dwarves.

Here are two more plastic Grenadier dwarves and a bit of scatter scenery. 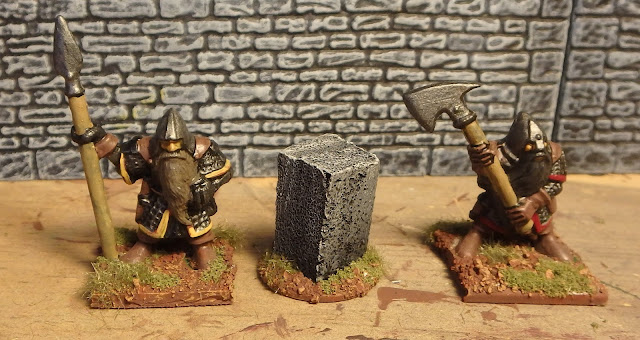 Here's a Perry plastic British rifleman, a metal Warlord Prussian casualty, and a Warlord plastic Prussian with a Victrix head. 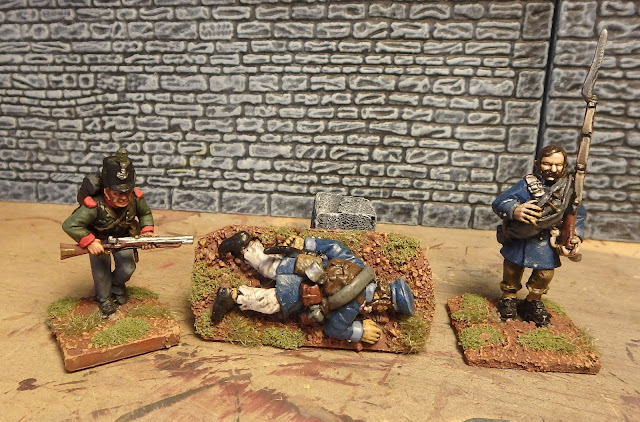 Running away from the icky dead body. 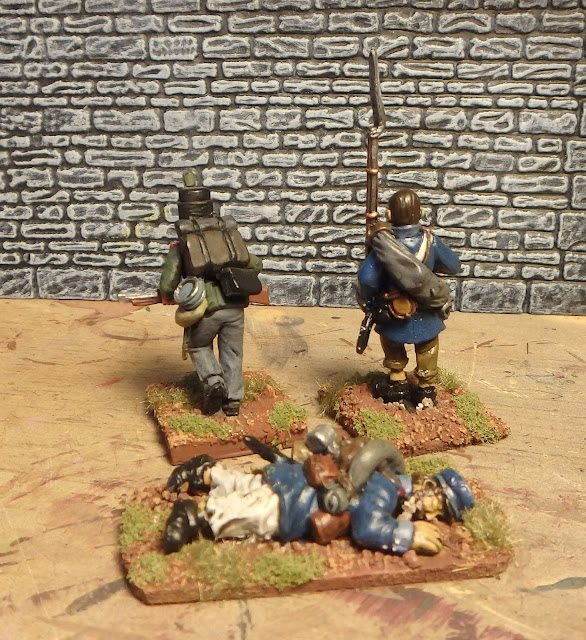 Lastly a Games Workshop plastic Gondorian and a RAFM/Games Workshop Dr. Who Unit model.  I found the Unit guy in the flgs Active Imagination's bit box. 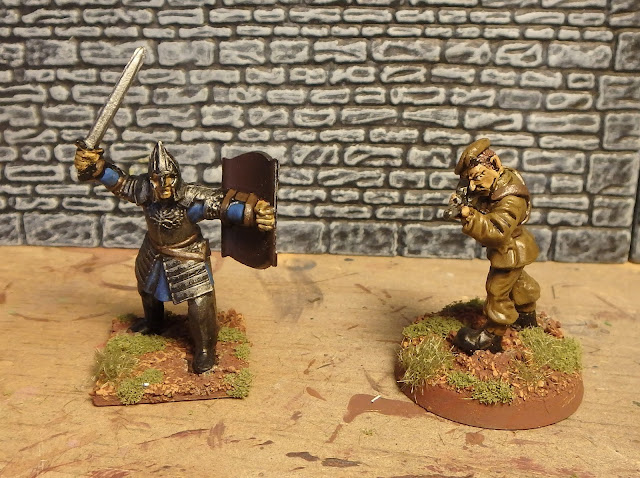 Till next time, when I should have some Prussians, Rus, Robots, and 40K Imperial Guard (Asstro Mili-terrarium).