It's been awhile since I posted, but I do have a few minis for you.  First up are nine Old Glory Rus Warriors with axes.

These guys mix in terrifically with Gripping Beast Rus.  I'll do comparison pics in a later post. 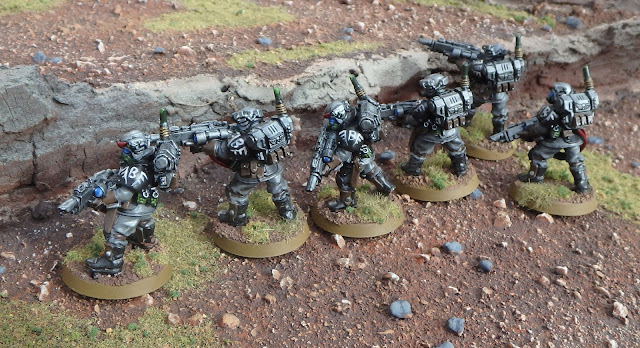 Here's a plastic GW Rhino APC for them to ride around in.  I must have six or seven of these now. 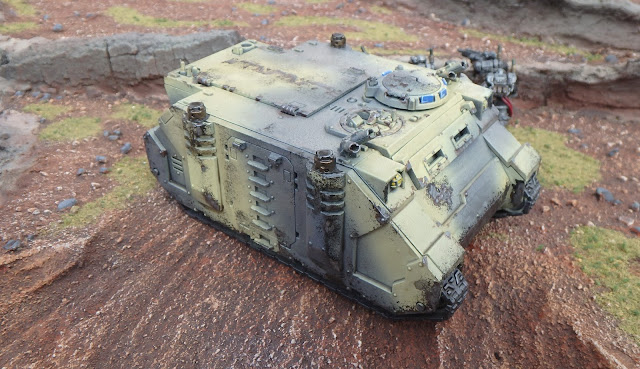 Here they are with the Rhino hunting barbarians. 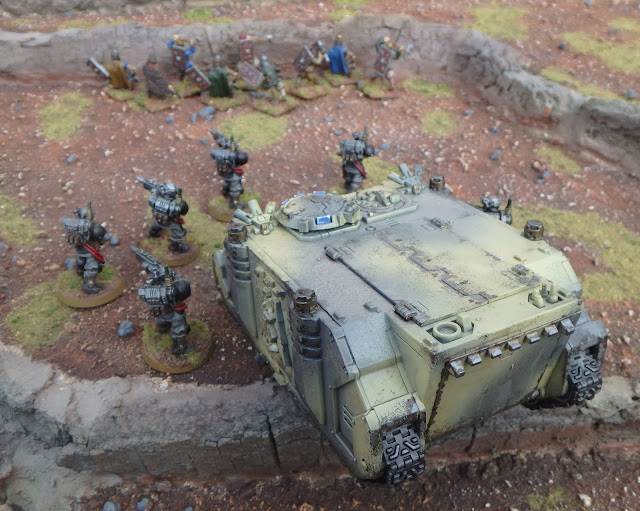 Here's a Old Glory robot and a GW metal Rohan character.  Yes, the flag is wrong; I didn't feel like painting a bunch of white horsey lace. 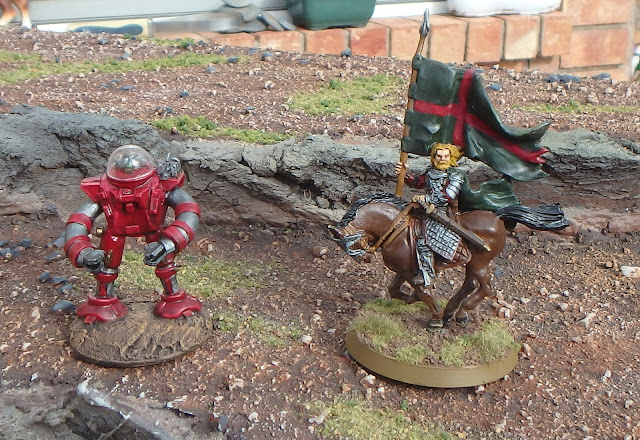 Here's an Roebeast's Magical House of Sunshine zombie, a Victory Force zombie, a Warlord Survivor, and an  alien I made for the Battlestations game.  You can buy Roebeast's zombies at http://www.rsquaredcomics.com/ 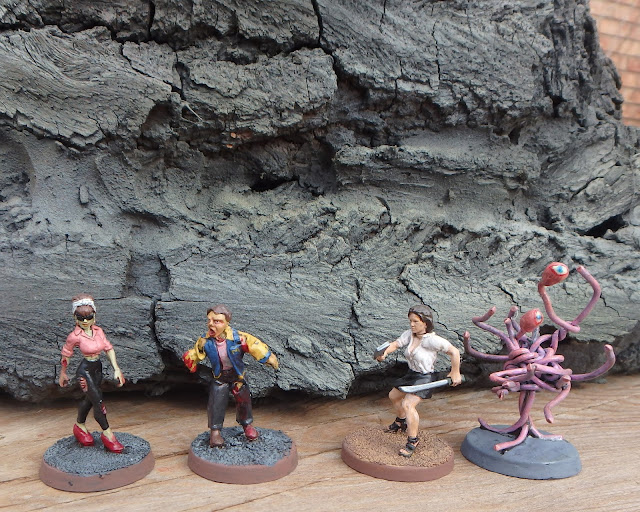 Today everyone was posing on this big tiered hill I built.  It is meant to sit on a table corner.  The rock faces were a mix of spackle and tree bark if you couldn't tell. 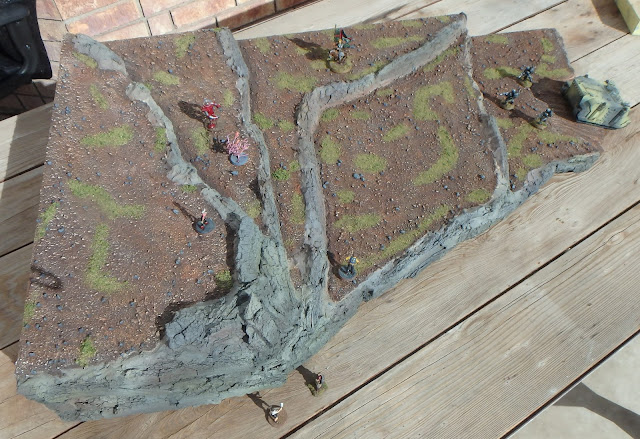 It's light on vegetation so I can add separate pieces and use it for desert, jungle, or forest terrain.

Till next time, beloved, which hopefully isn't to long.  I have three "The Men Who would be Kings" and "Pulp Alley" games to post.  There's also 50ish Warlord Prussians, OG Prussians, Rafm not-space marines, imperial guard, and more robots that are 95% done.