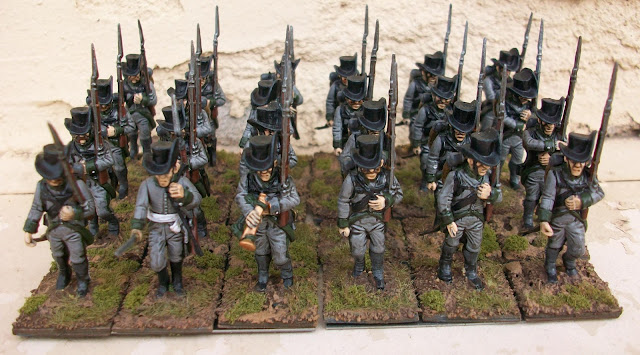 The Jagers were allowed to wear their gray Tyrolean national uniforms, probably because nobody wanted to pay for a switch.  I picked them for the change of color, wanting a change from Prussian blue.   I am ready to paint blue again.

Why are jager models in the marching pose?  Because the Victrix boxes come with 56 models, and I'll do action poses some other day.

Here's most of my Prussians; I'm going to have to buy more soon.


Lastly I crudely tried to paint a "Three Wolf Moon" t-shirt on a Victory Force zombie.  The model isn't done yet, but it makes me giggle and wanted to share.