Early & Late War Germans, a Mummy, and some Manlets

First are some Brigade Games early WW1 Germans.   They are from the BG-WIWG20 and 21 packs, Germans in greatcoats/Picklehaubs Advancing I and II.    Each pack is only $16 and you get eight easy to paint models. 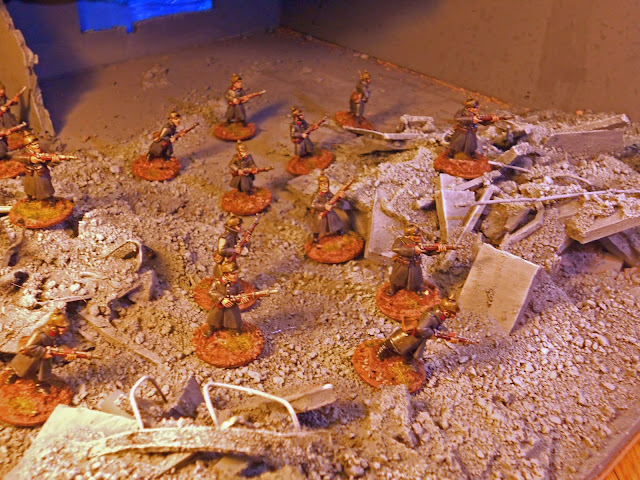 Next are some late war Brigade Games Germans.  One up front has a Bergmann SMG and the one in the back is lugging around a heavy MG08/15. 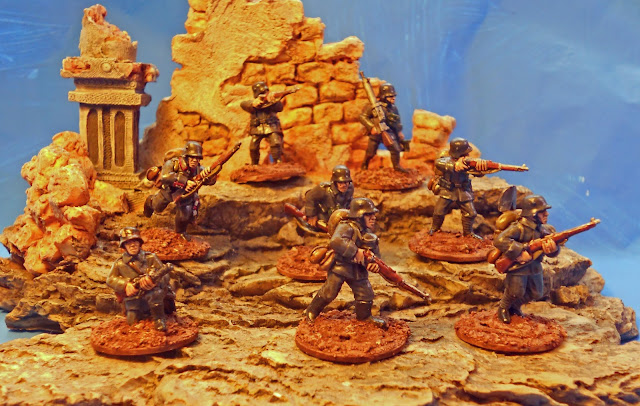 Here's a Mummy, from Reaper miniatures.  He's labeled Sethris of Adiri and sculpted by Bob Ridolfi. 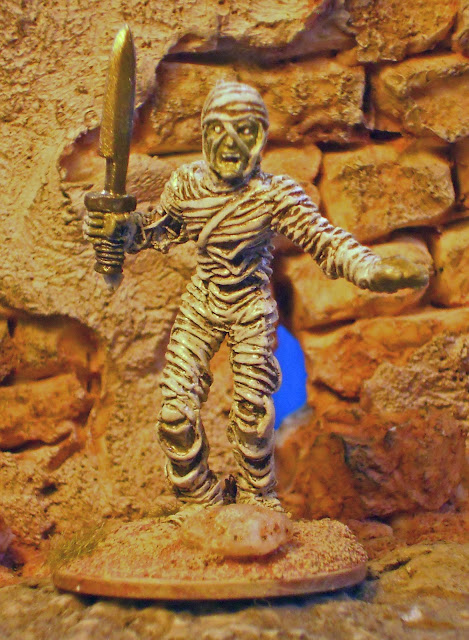 A few months ago I tried sculpting furniture out of balsa wood, but recently tried Sculpey Clay.  I like the Sculpey much better, except for having to bake it for 20 minutes to make it hard.  Here's a few pieces; I would have shown you more but the rest are primed white and the photo didn't come out.  They're good enough for inclusion in rubble piles.

Some manlets for archers to hide behind.  The paint job is pretty bad, but good enough for pieces that won't be used very often or at all.  I horde siege equipment to the point that I don't think anyone has a model castle big enough to handle it all.

Next time, more Germans (only about 40 left to paint) and some old Grenadier Call of Cthulhu 6501 Adventurers.