I've got two small units done.  First a group of of Egyptian Marine Slingers.  The manufacturer of these minis is quite unknown to me, having bought and unpackaged them probably 15-20 years ago.  I wish I knew who made them. 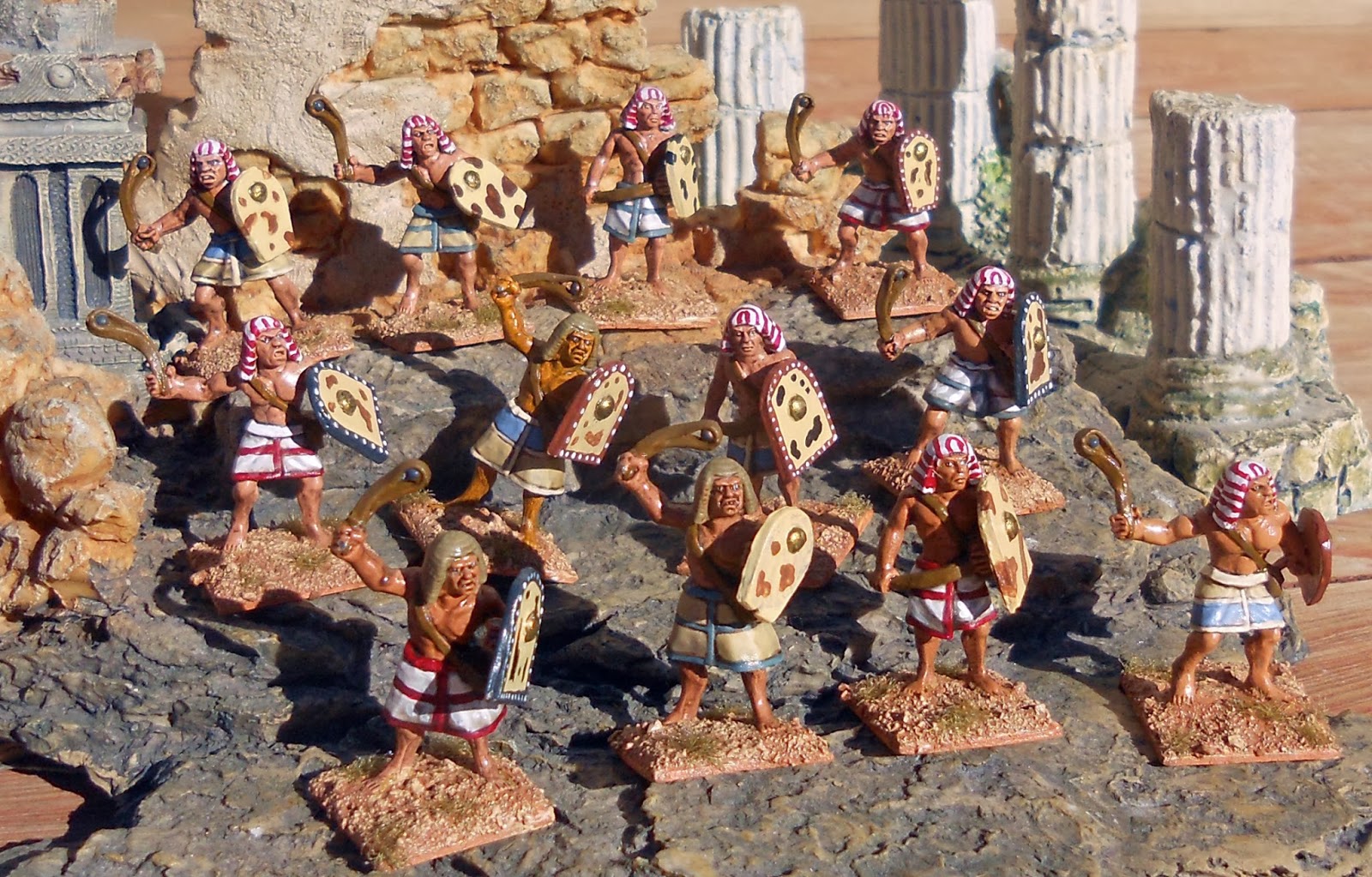 The slings are their only weapon, they don't even have a club tucked into their skirts.

The models are quite beefy.  I don't believe the Egyptians had big shield bosses and the hat things they wear seem to be sculpted wrong. I also think I painted their hat things wrong.    Perhaps, I'll be able to use them for Osprey's "Of Gods and Mortals" game some of the local gamers sound interested in.


Next are the first 15mm troops I've ever painted,  Flames of War American Airborne troops.  They're from the "Open Fire" box set, of in which you get nine of these little US infantry stands.

I've recently acquired an airbrush, so I've been experimenting with spray painting models instead of painting the troops waiting patiently in line for their turn.   Airbrushes make painting tanks fast!  So you'll be seeing old Games Workshop tanks with fresh paint in the near future.


Till next time when I when I hope to have a pack of long out of print Citadel wizards finished, and maybe some more FoW infantry.

love,
Baconfat
Posted by Baconfat at 10:19 AM